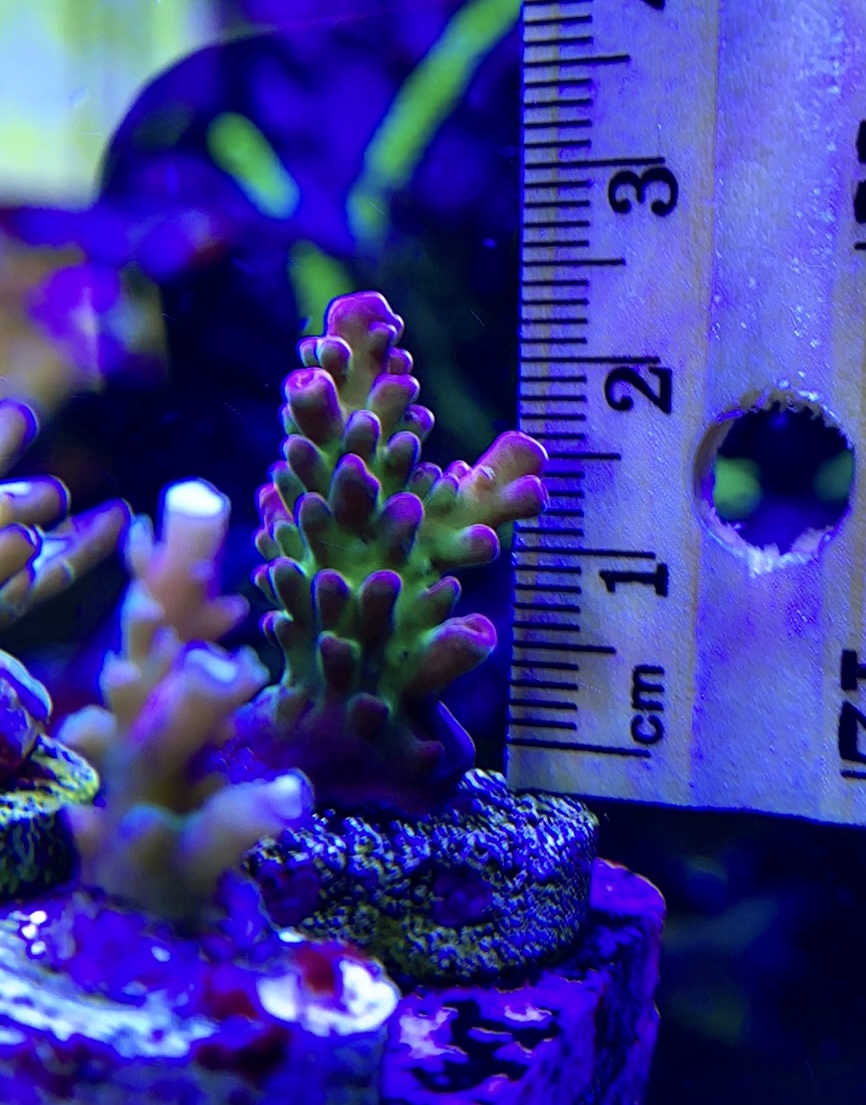 And here’s a different angle( trying to keep the ruler in the same spot)
Click to expand...

At first I read your measurement in inches and I was like WOW this ones winning for sure!!!

MoshJosh said:
At first I read your measurement in inches and I was like WOW this ones winning for sure!!!
Click to expand...

I did the first one by accident so I’ll just keep doing it in cm until the end. 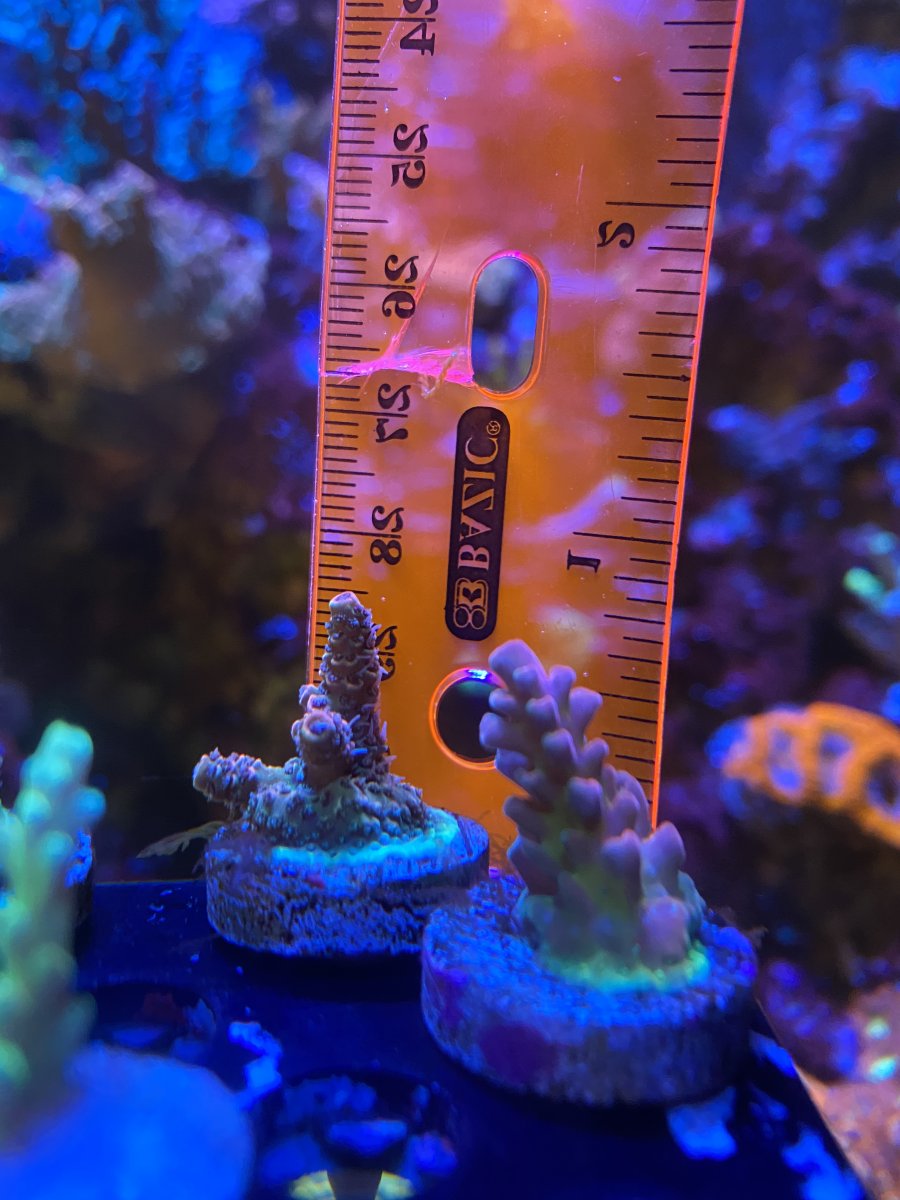 What's the one on the left??
M

Having a great deal of difficulty snapping a clean pic with the new placement on the rockwork. But here we go. No growth, but did color up and a little encrusting going on: 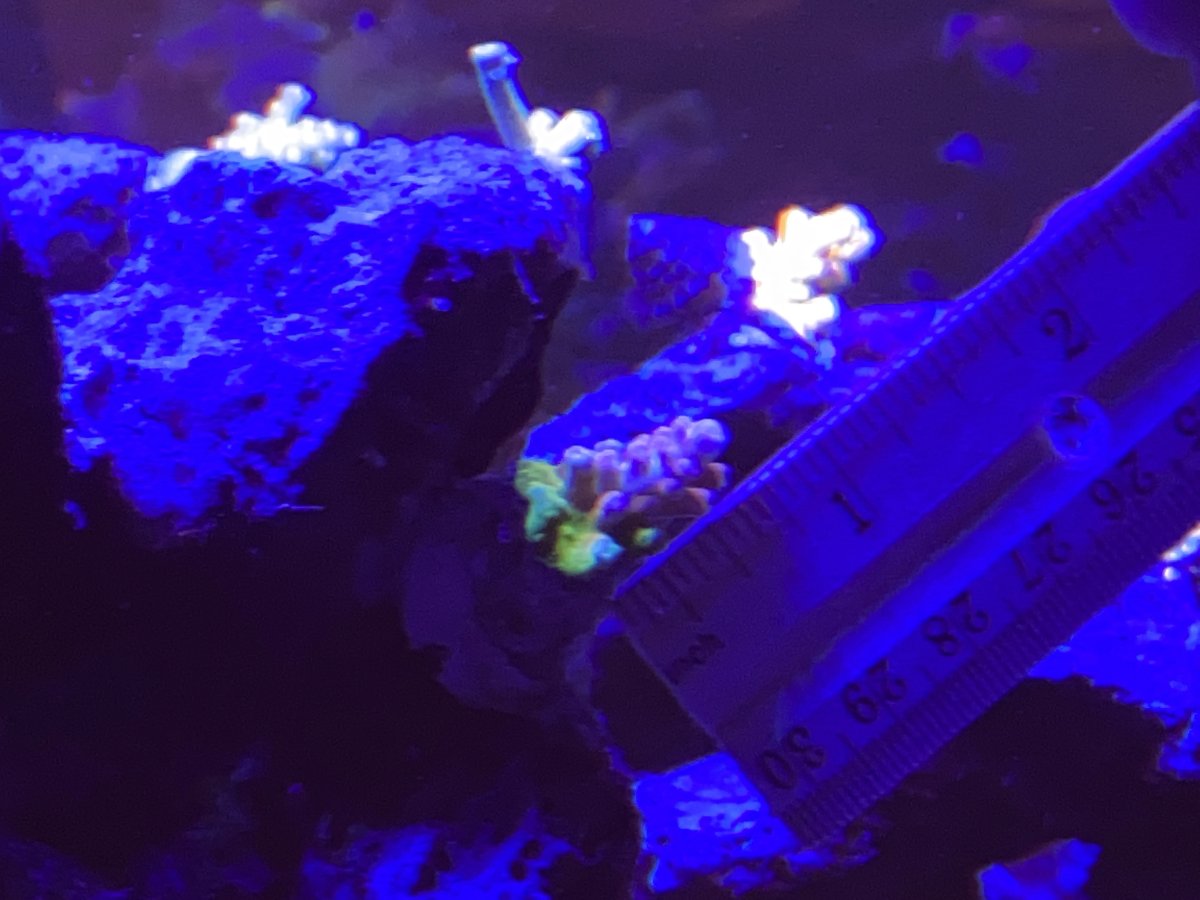 @lynn.reef.nerd, @BranchingHammer, @Reefing102 finally getting some encrusting of the frag onto the plug. 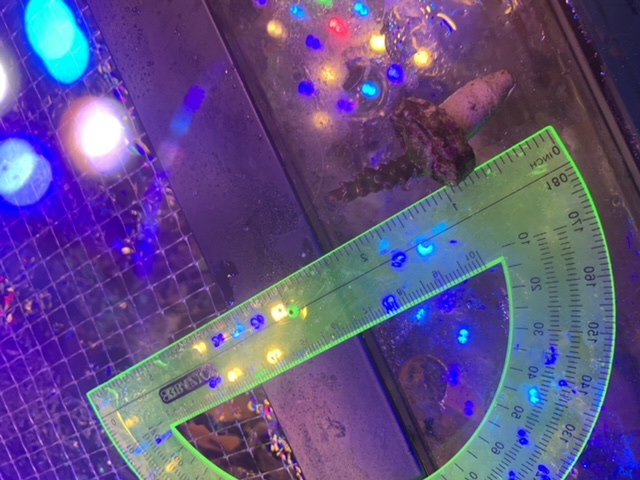 Sorry for the poor quality pic.

RobMcC said:
@lynn.reef.nerd, @BranchingHammer, @Reefing102 finally getting some encrusting of the frag onto the plug.

Sorry for the poor quality pic.
Click to expand...

Rob, are you in the Pacific? Trying to see if you made the cut at midnight.
R

lynn.reef.nerd said:
Rob, are you in the Pacific? Trying to see if you made the cut at midnight.
Click to expand...

Oh, with 8 minutes to spare!
OP

thatmanMIKEson said:
What's the one on the left??
Click to expand...

Still encrusting and coloring away here. I have to pick up a new stock light for evo 13.5 since I'm missing half the blues. Maybe I'll get better coloration then. The light stopped dimming a few months ago and I finally looked at it. A couple of contacts on the bottom corroded through they weren't fully covered in the goop on the bottom of the light.

Pulling reds and pinks, with a green center and a bright blue encrusting ring, with tiny red and white polyps.

Flew to Nashville for my nieces wedding and came home today to my frag laying on the sand bed. I have never had so much trouble with a frag not sticking to a rock.
Now it has some white spots on it. Hope it recovers. It was getting some color too.

Nice color, you forgot to tag people though. 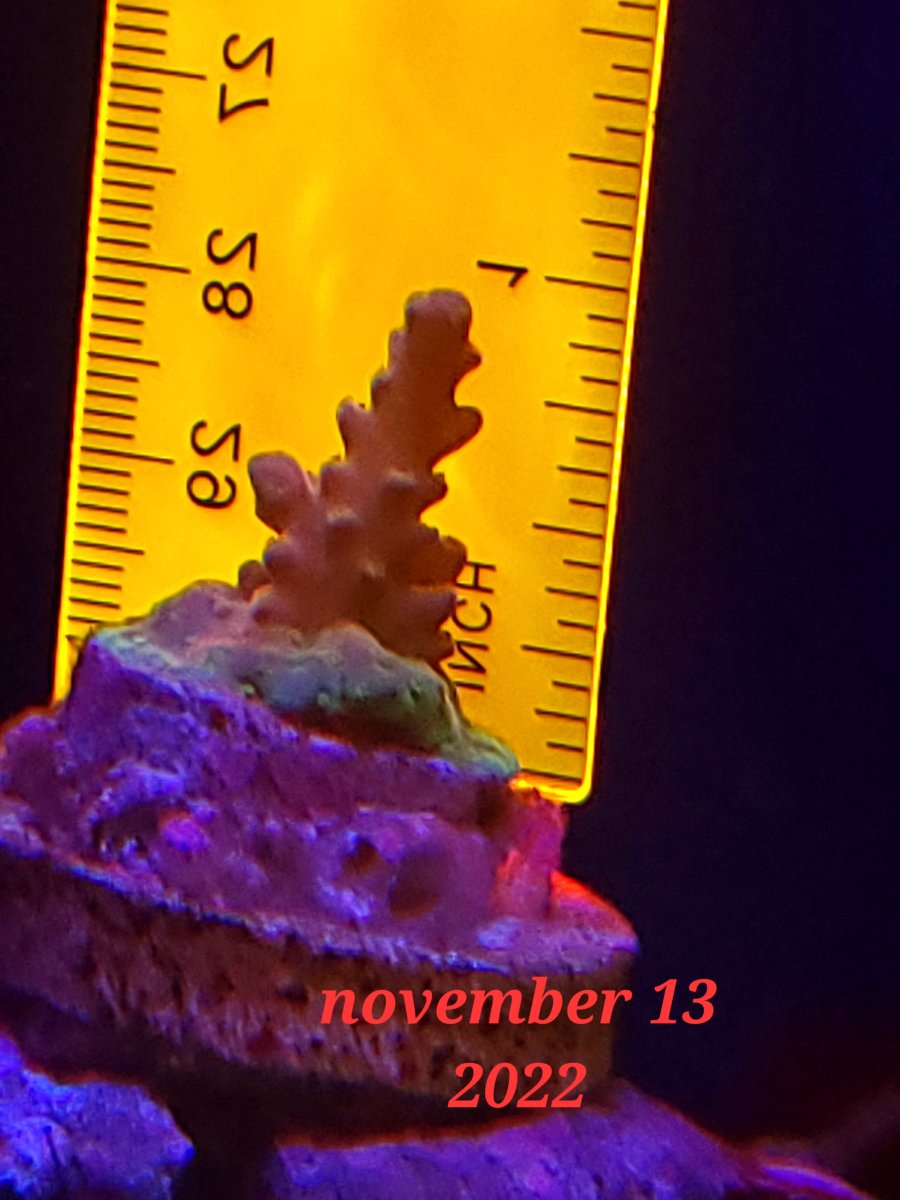 I apologize for missing October. Life got busy and I assumed my Blood Bank was a goner, but it is still here(barely). When I got it back in late August, it was quick to encrust. But shortly after it stalled and never seemed to recover. It's been in the world's slowest STN ever since.

If there's anything left of it at the end of the month, I will post a pic. But if it's dead, as I predict it will be... I will officially bow out. Disappointing to say the least. Was hoping to be better competition!