Feeling a bit frustrated, so I purchased a Red Sea 425xl, I purchased it a few months ago until everything was ready to be set up so I started the set up opened the Red Sea box 2 scratches on main glass, contact Red Sea and the reply was that 24 hour after the tank was bought I would have to inspect for any damages??? they should be clear in this when buying , I bought it months ago because they are hard to come by and I wasn’t ready to build the tank. They want to offer a care package instead of replacing the tank. There was a voice saying waterbox when I went to by the tank but I didn’t listen to it. There should not even be that fine line. Unboxed and there was damage. There is nothing more annoying then a glass with scratches or should I say a new tank with scratches.

I’m with you on this, because in this particular hobby— more so than most every other— tank (and other equipment) manufacturers should realize that assembling my tank could be a month’s-long process, with items bought sometimes in random order; things bought this week that may have no use for months. Like a skimmer with nothing to skim because the system has no sump yet... or even water. My tanks came, and I didn’t unbox them for WEEKS if I remember correctly; they sat in my garage as I worked on the stands. My point is that the norm of ‘open and inspect with 24/48 hours’ is often not a reality in this game. The clock should start to tick from the unboxing (as in your case), not from the date of arrival. Even 90-days to unbox would make better sense in this hobby. 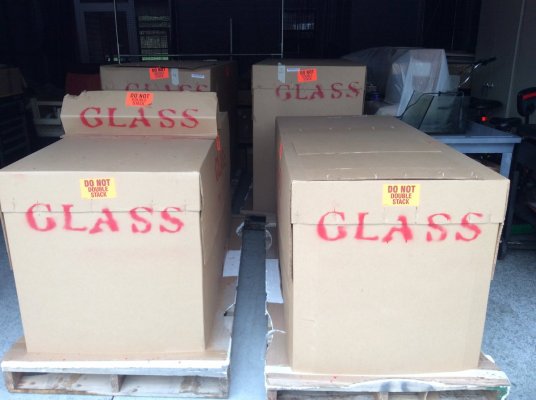