The time has finally come to upgrade to a tank over 100 gallon!! I've been running a Deep Blue 57 gallon for a little over three years. While the tank has done well, aquascaping with the huge overflow has caused some issues. I've finally convinced the wife that a bigger tank is needed. I'm going to do my best to document everything. I'm notoriously bad at remembering to take pictures so build will be a challenge in more than one way.

I've been eyeing up the tank for a while and it went on sale for labor day. I immediatly bought it. I was then offered a floor model overflow for 50% off of retail. All the parts are there and it's new, it just didn't have a box; big whoop!

Flow:
Ecotech Vortech MP40 (Currently have one, would like another)
Ecotech Vectra S2

Lighting:
Reefbreeders Photon 32 v2 (hoping this will be enough for a mixed reef for now.) I'll either add two AI Primes to the end for some directional light or add some lumibars to the photon. I have one AI Prime on a smaller tank that I plan on tearing down. I would just need to buy another.

Skimmer:
Currently have a Vertex Somatic 60s. I'm going to run with that until I get the funds to upgrade. With the expanded water volume, and an already fairly light bioload, I should be ok for a bit.

Dosing:
I currently dose Kalkwasser via a custom reactor. It has kept up perfectly so far. I do have a four head doser if the kalk can't keep up.

Coral:
A mix of softies, LPS, and SPS

Stay Tuned! The tank should be delivered either late this week or early next week. I will be starting the stand tomorrow. I will be following the plans from RocketEngineer on RC. I'll then skin it in 1/2" plywood and trim it out. My dad owns a custom woodworking business so it'll have the support as well as the looks. I'm sure I probably missed something and will add to it as needed.
Last edited: Sep 12, 2021 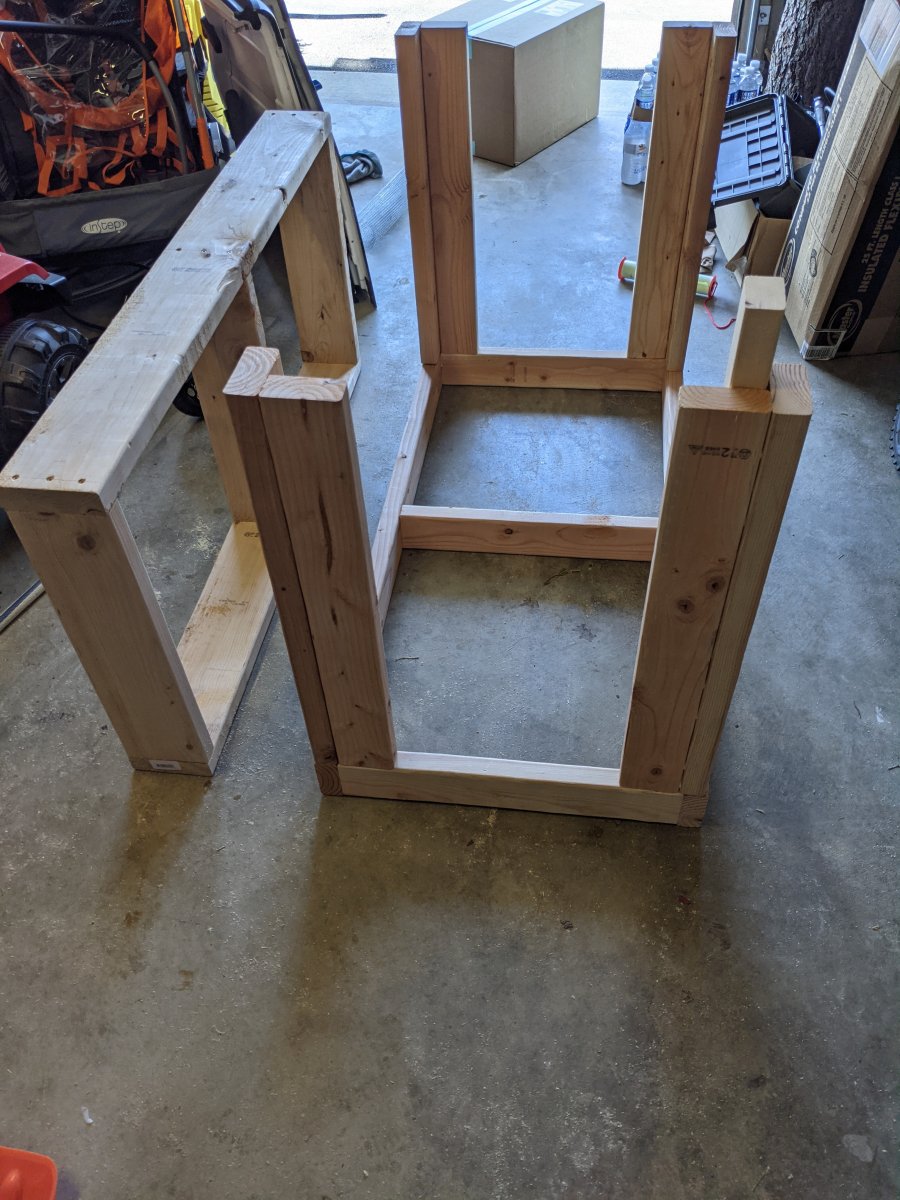 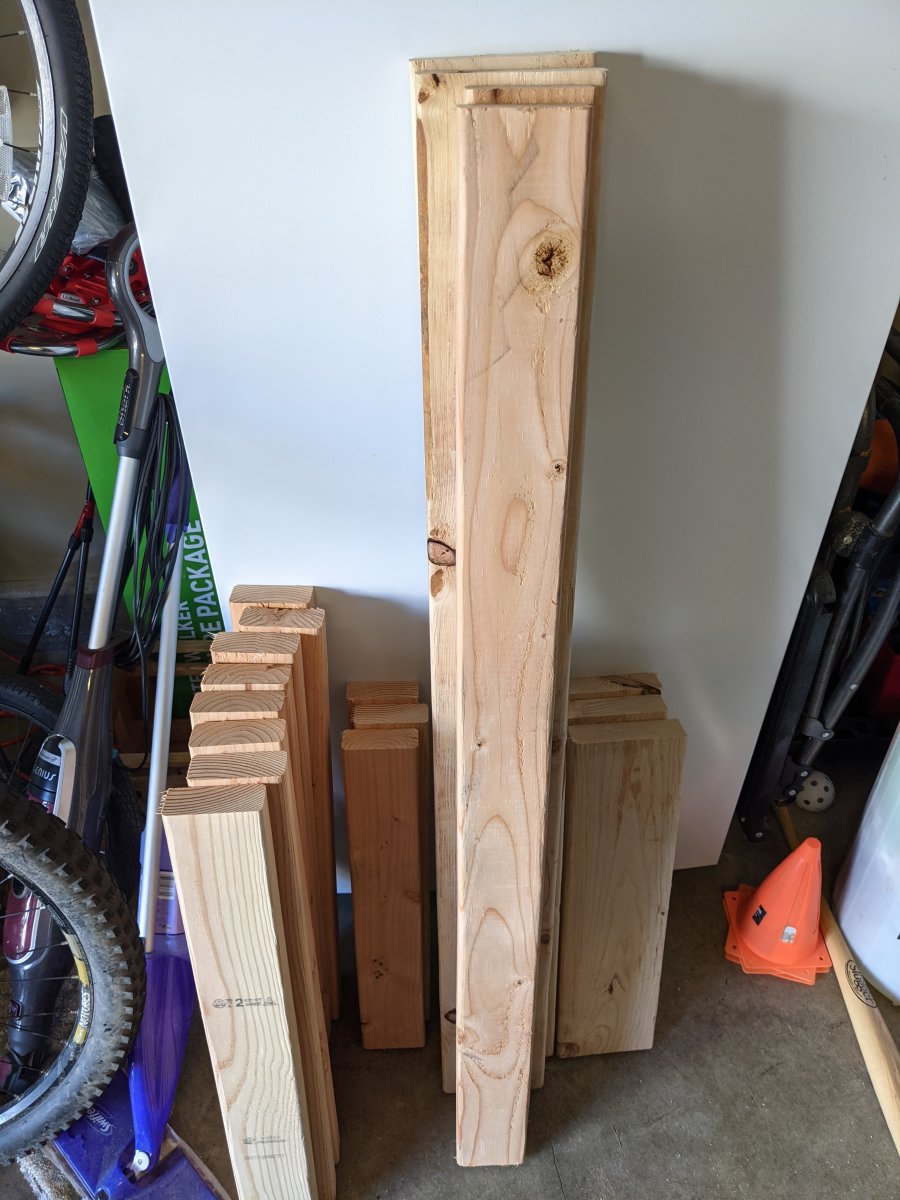 Had some time today so I started building the stand. I should have the skeleton of it done this week. Then I'll start skinning it.

I was able to pick up the overflow this weekend. It was a floor model so I got a really good deal on it.
OP

Finished the stand skeleton and will be working on skinning it tomorrow. I took the top to my dad's shop and ran it through the 36" belt sander to make sure that all of the bracing was flush. Even though 3/4" plywood is going on top, I want it as level as possible. I also decided to do hard maple to match some of the other decor in the room. The current stand is painted white and after three years, the paint is worse for wear. 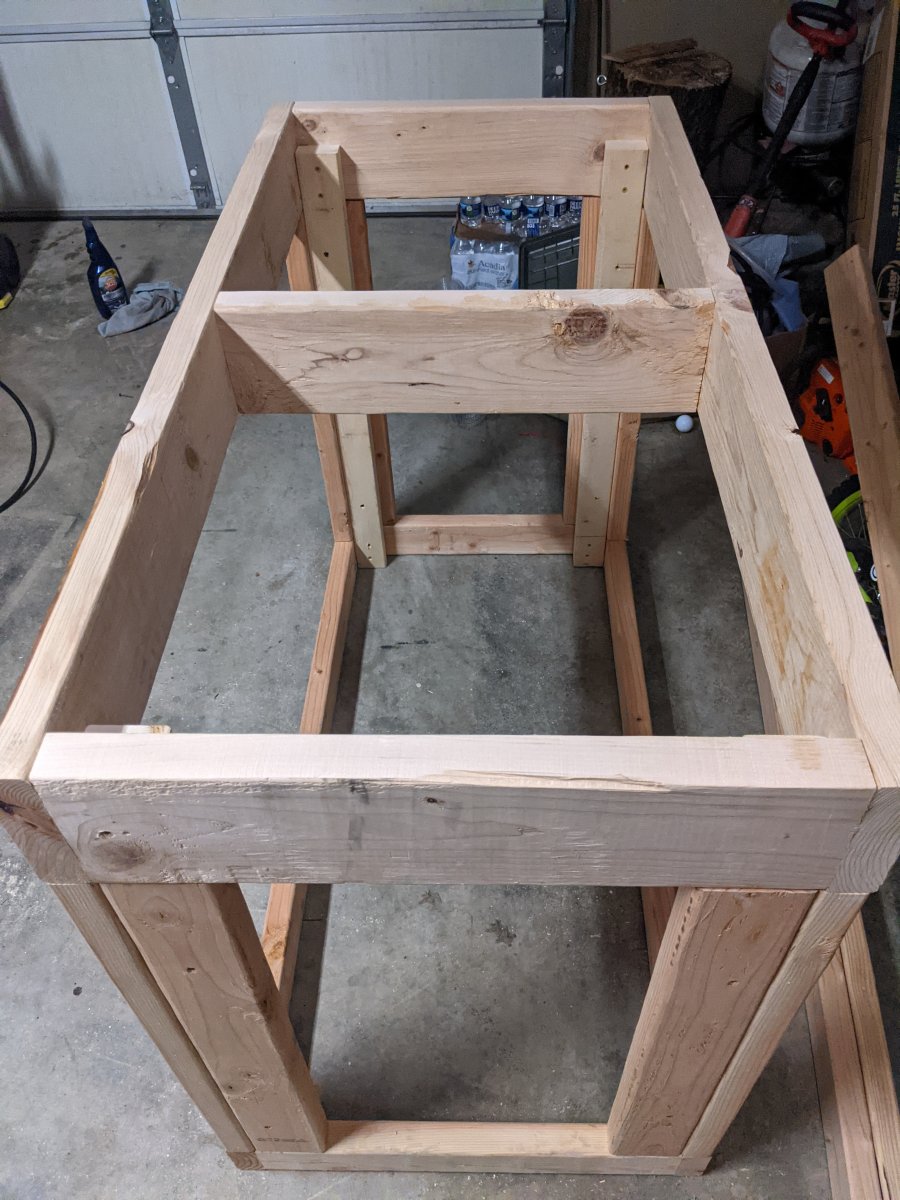 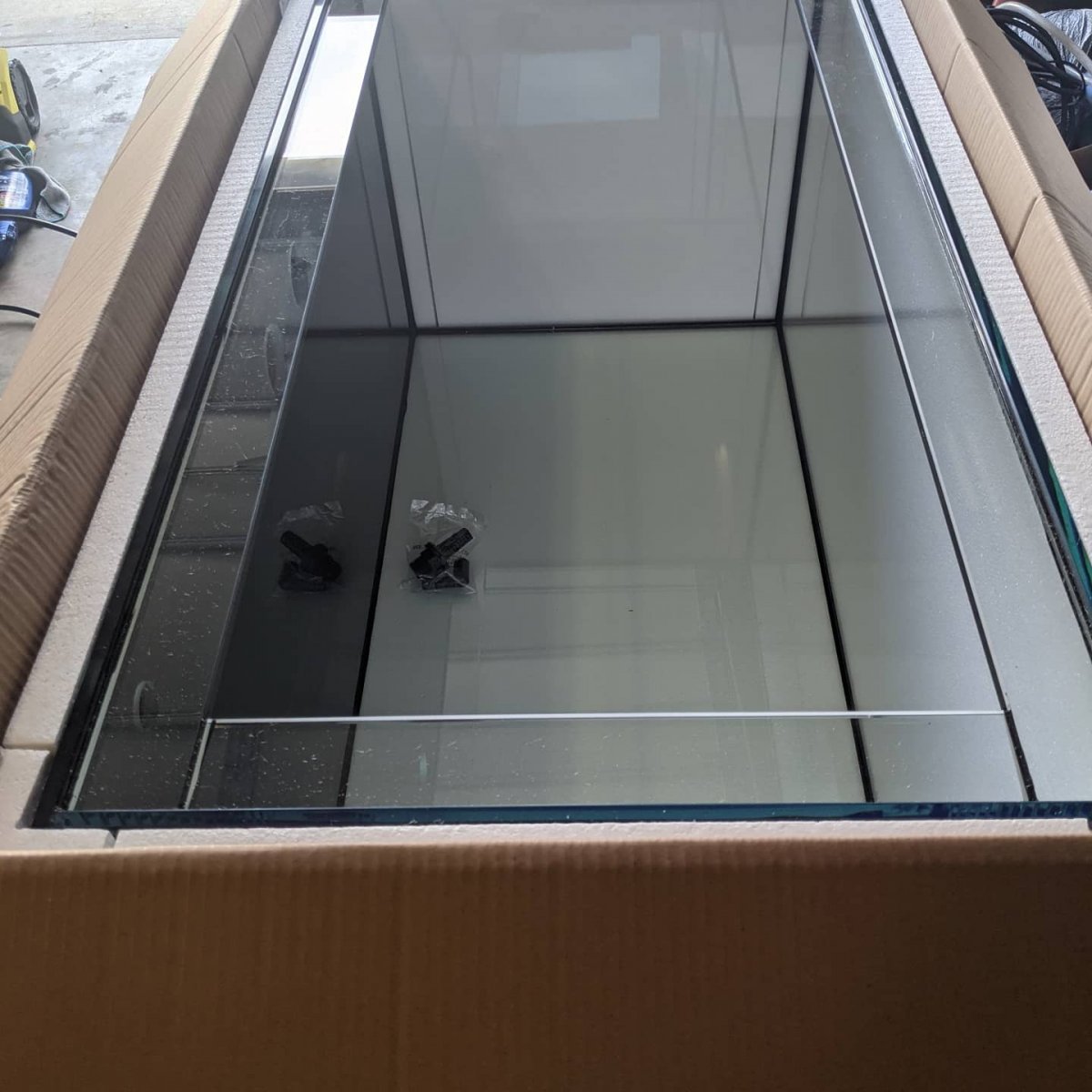 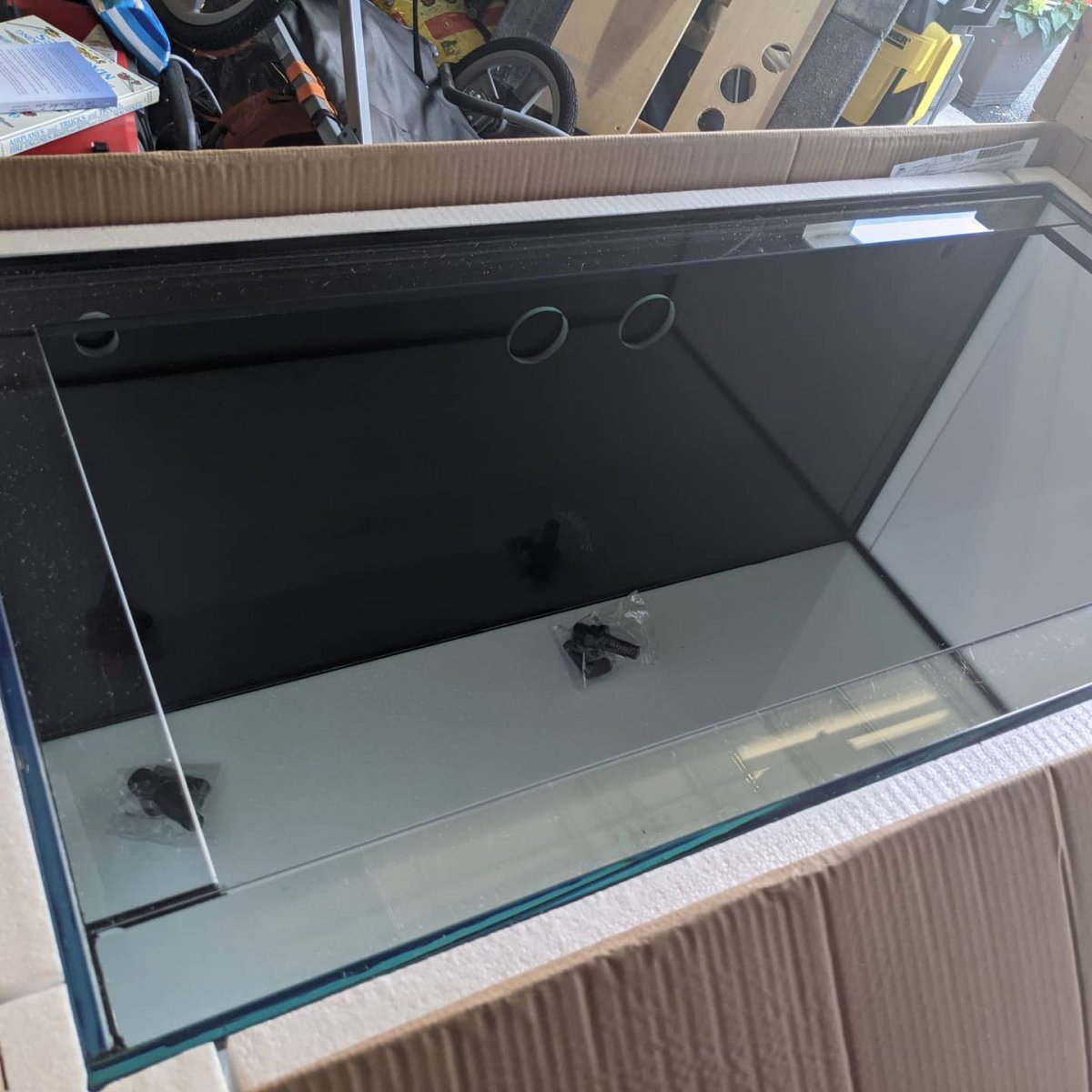 Everything looks amazing. There are a few tiny nitpicky things I wish were different but overall I'm very happy with the tank! Should hopefully have water in it by the end of September. My next few weekends are pretty busy. I did order all of the plumbing so when the stand is finished, I can start plumbing it up.
OP

Worked a few hours on the stand today. Got the too,bottom, and sides put on, also planed all the wood that is going to be used for the face frame and accent pieces. 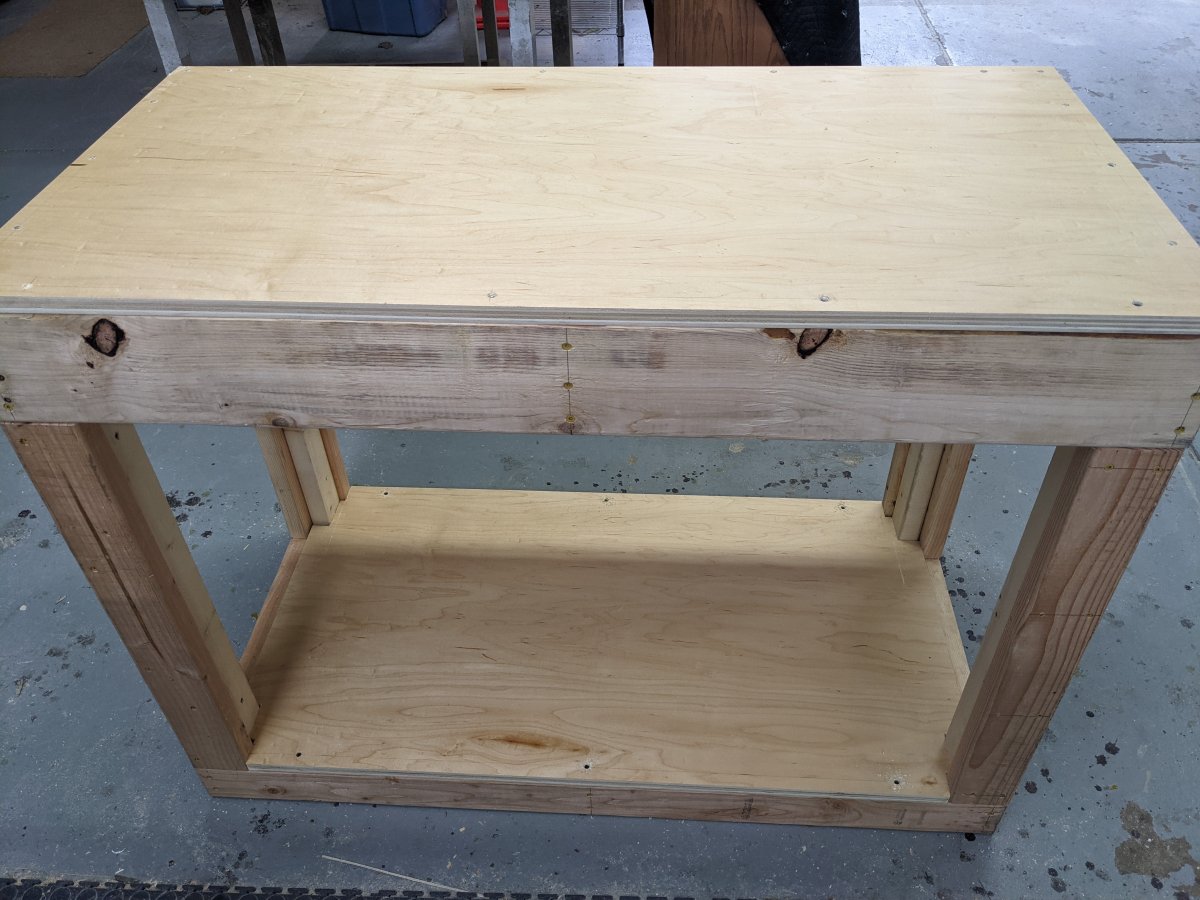 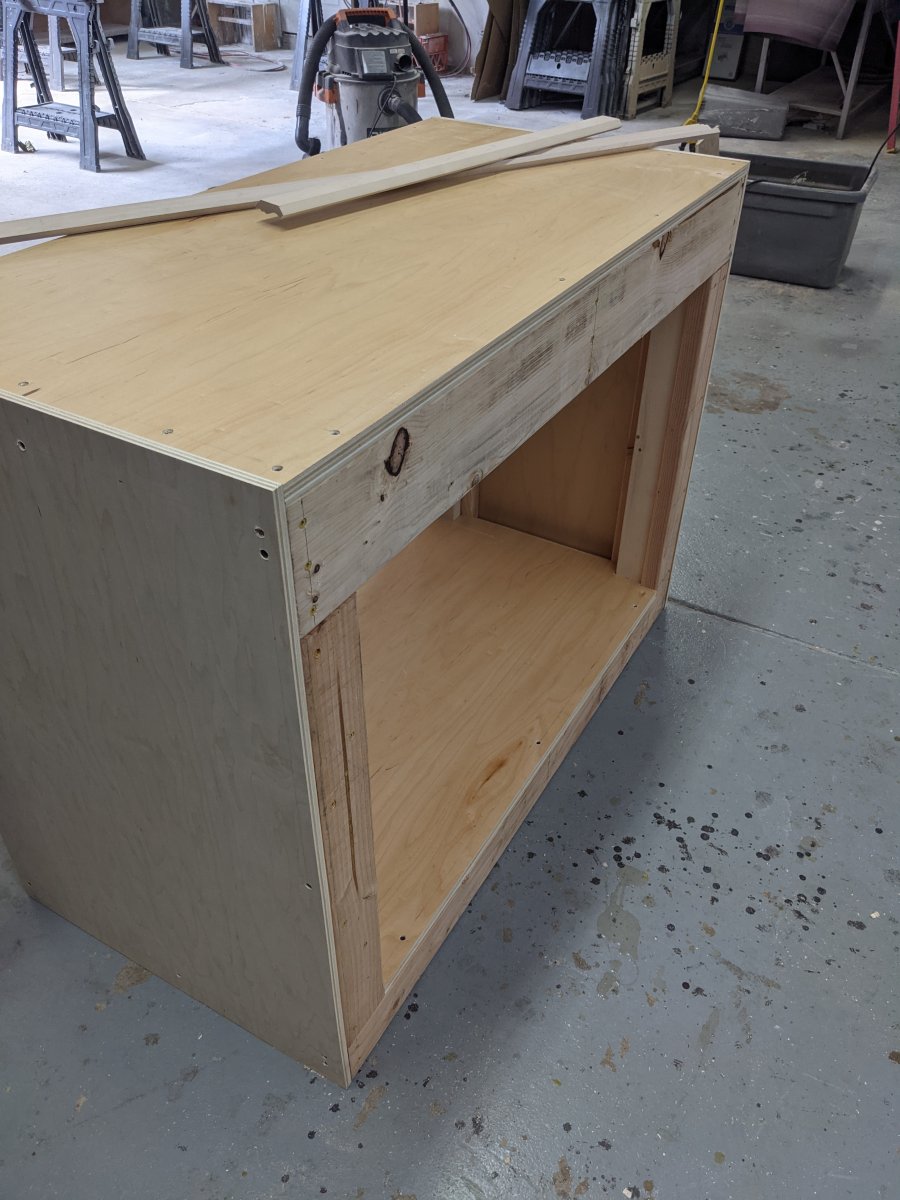 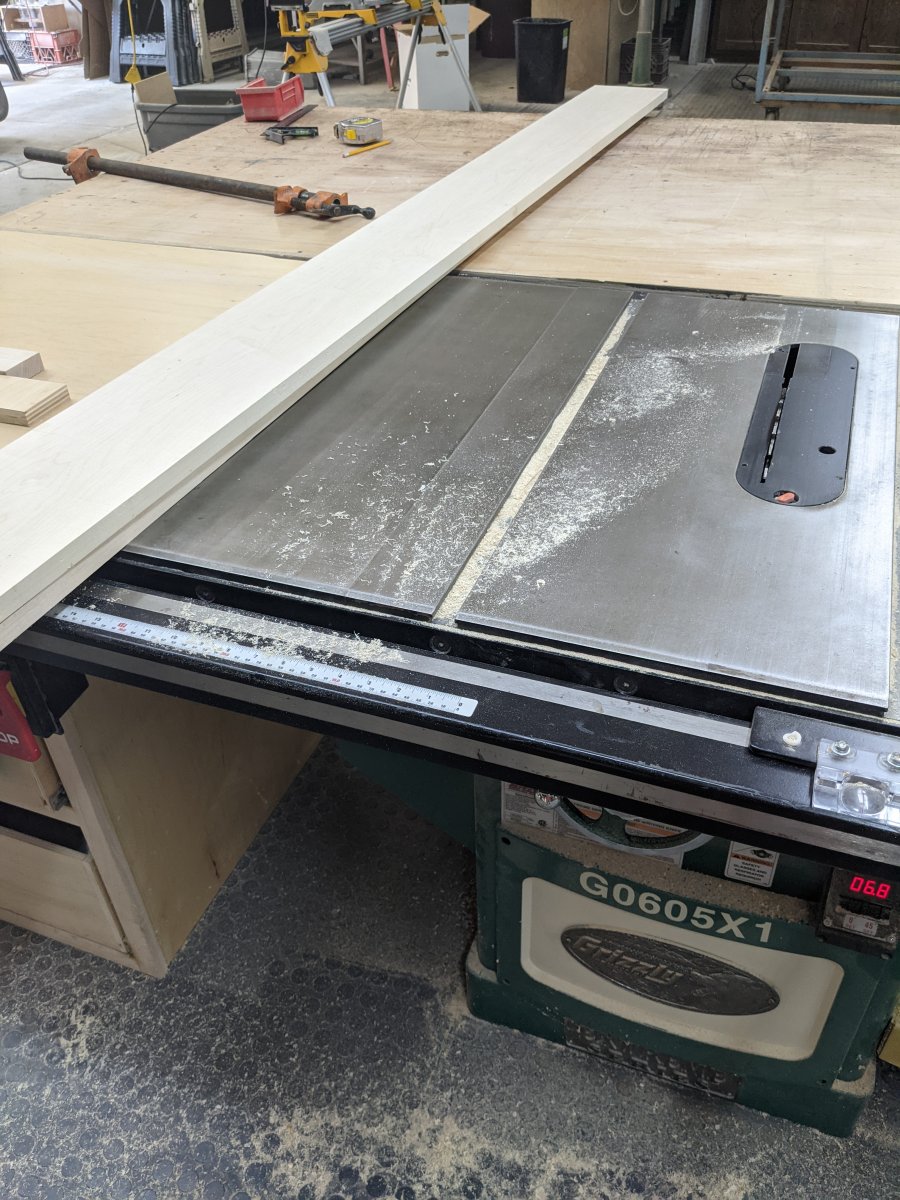 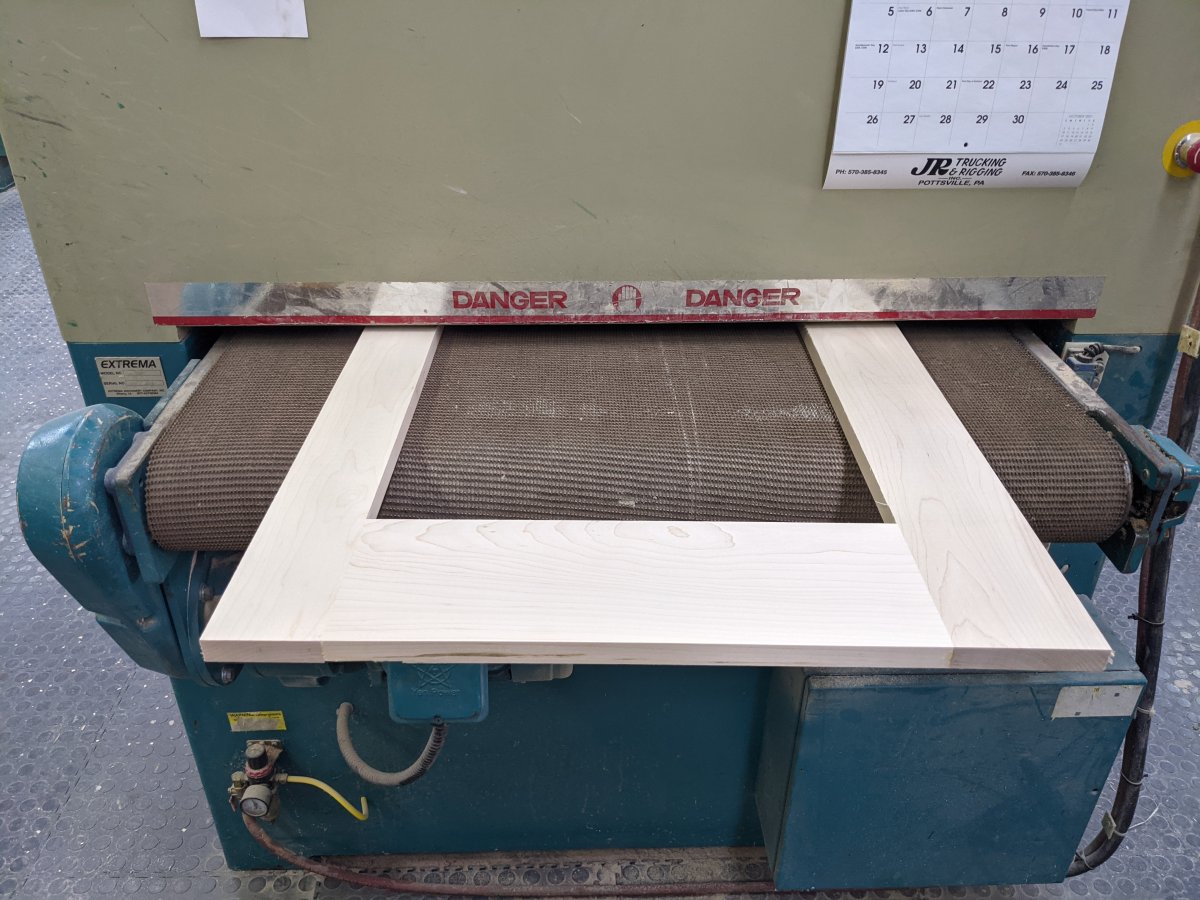 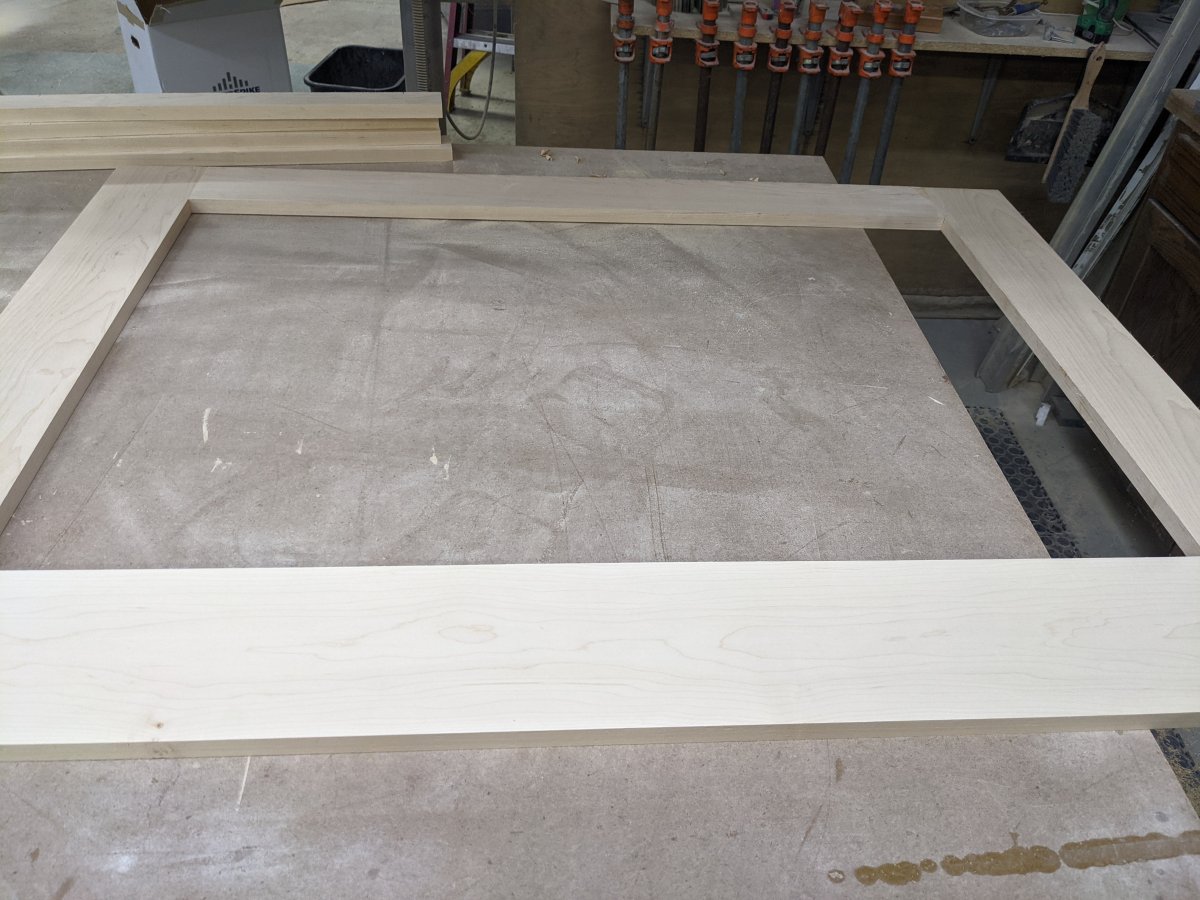 Also have the 60lbs of sand to give me a 1" sand bed. Also received the return pump today. My bashsea smart series sump also shipped today. I can't wait to get the stand done. Then I can try start to move forward.

Thanks! For the price, they can't be beat. It's a beautiful tank. I don't have a ton of time the next few weeks to work on it which is killing me. I want to get the stand done but my parents live an hour away, so I need a full day to get there to work on the stand. Once that's done, things should pick up nicely.
OP

Small updates. First is most of the plumbing came. Still waiting on some and have to order some more parts. Second is the stand is almost done. Was able to stop by the shop and work a few hours today. Doors and finish will be done Tuesday. I should have it in the house Tuesday!!     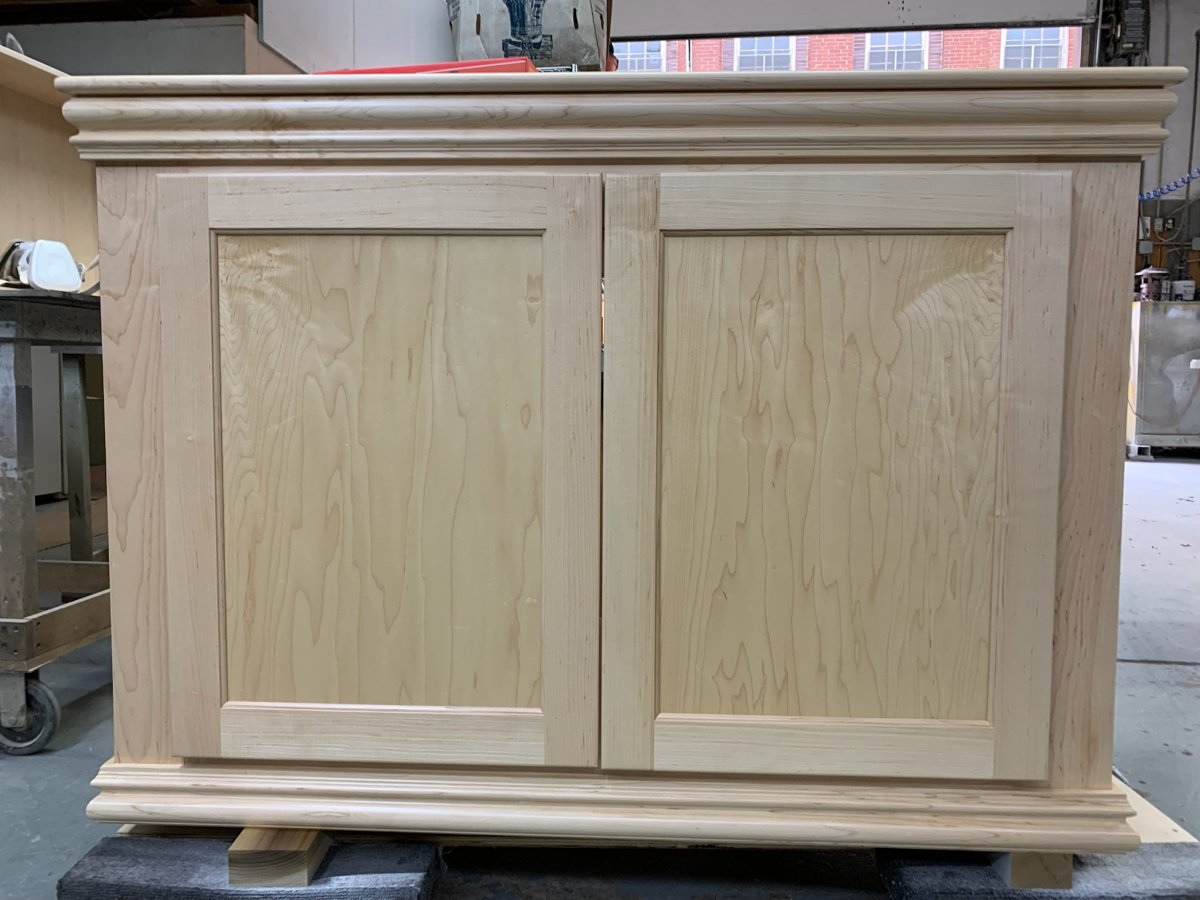 Stand is complete. Picking it up today. Should have the tank on it tonight!! Made of solid hard maple. It's heavy as hell!

Nice tank. I'm an SCA owner, with only good things to say about their aquariums. I'm following. Are you planning on waterproofing the stand? 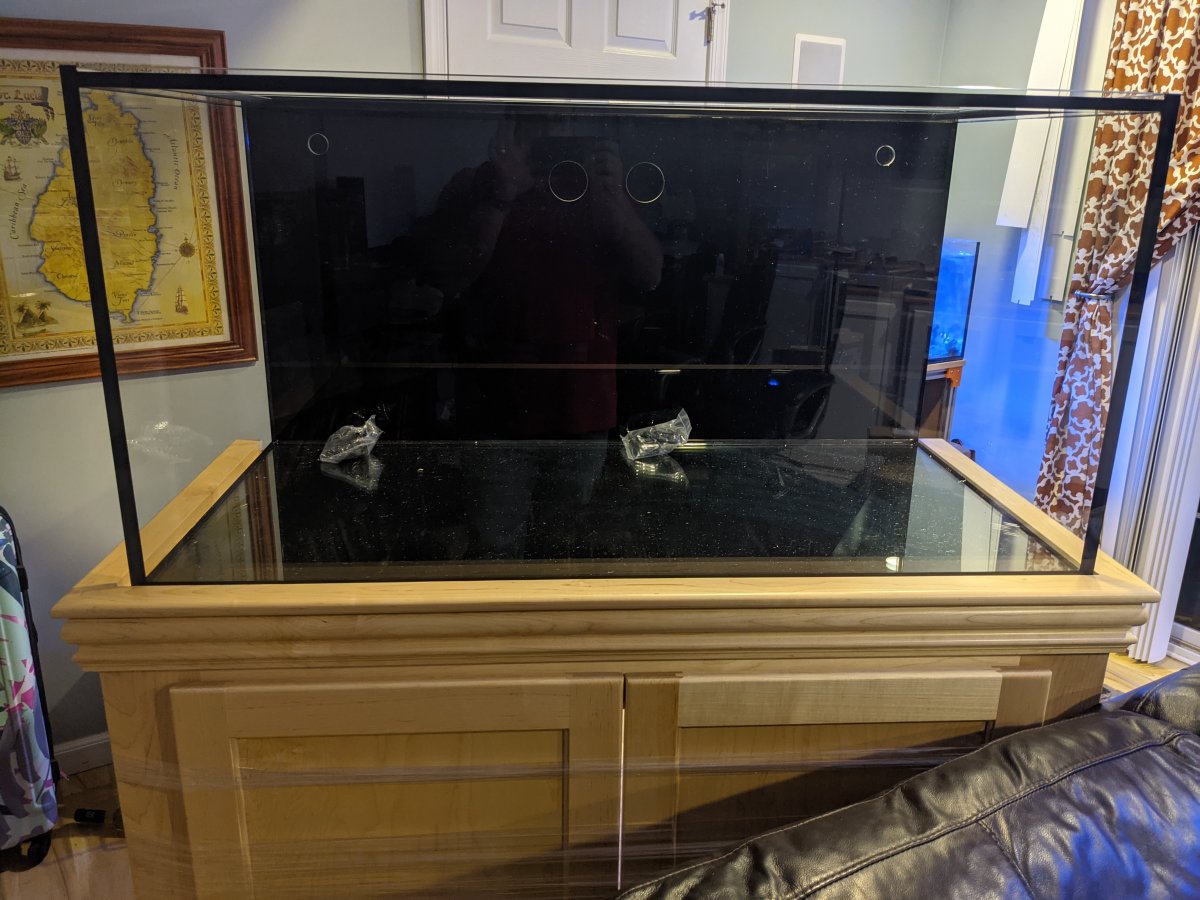 RedReefer said:
Nice tank. I'm an SCA owner, with only good things to say about their aquariums. I'm following. Are you planning on waterproofing the stand?
Click to expand...

The outside has a conversion varnish on it. That is super durable. The inside I will be doing some work to yet.

Take a look at how I waterproofed the interior of my stand. It has saved my butt at least 4 times, leaking kalk stirrer, hose popped off ato,...

RedReefer said:
Take a look at how I waterproofed the interior of my stand. It has saved my butt at least 4 times, leaking kalk stirrer, hose popped off ato,...
Click to expand...

Just took a look, pretty much what I plan on doing. What did you put on top of the stand under the tank? Mine came with a 1/4 piece of foam. I'm assuming that's what I need to use. I hope so cause this tank is friggin heavy. I don't want to have to move it. 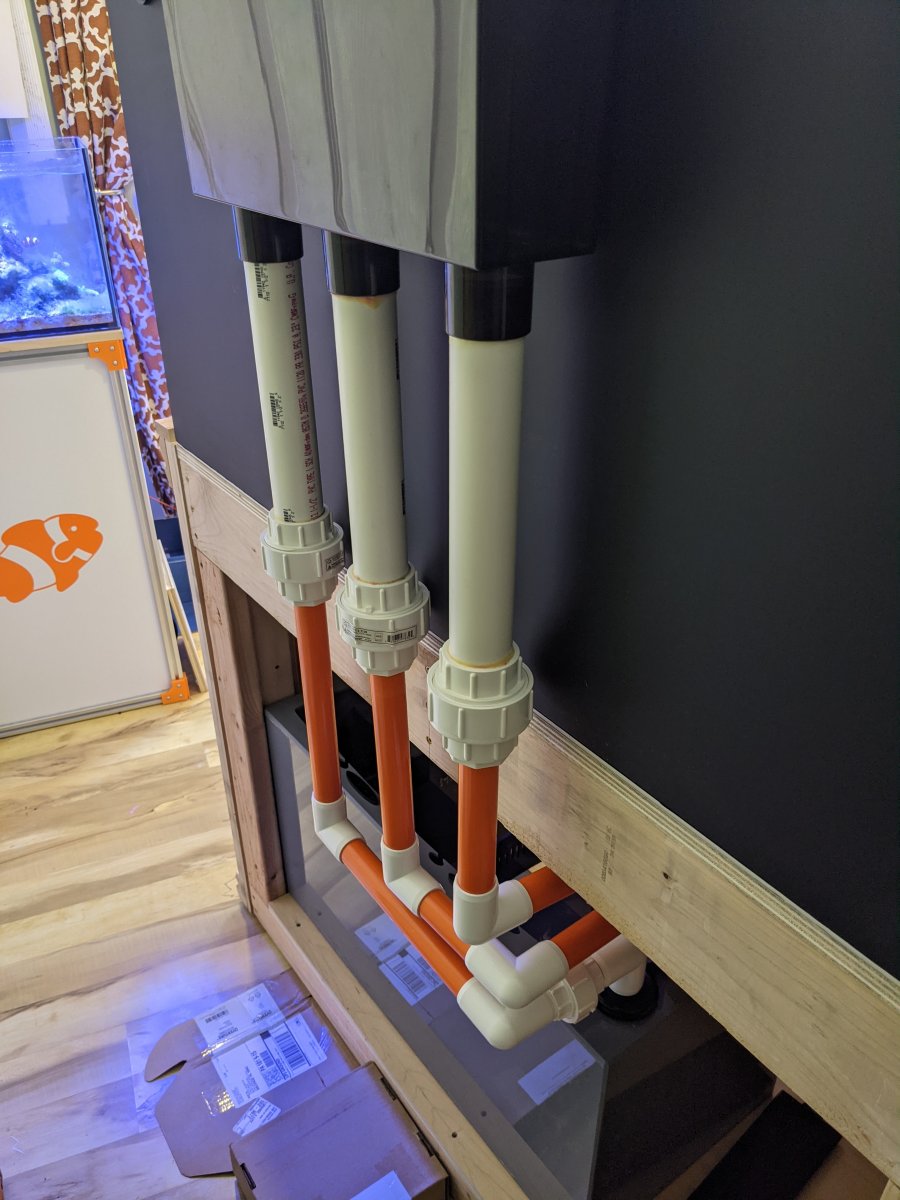 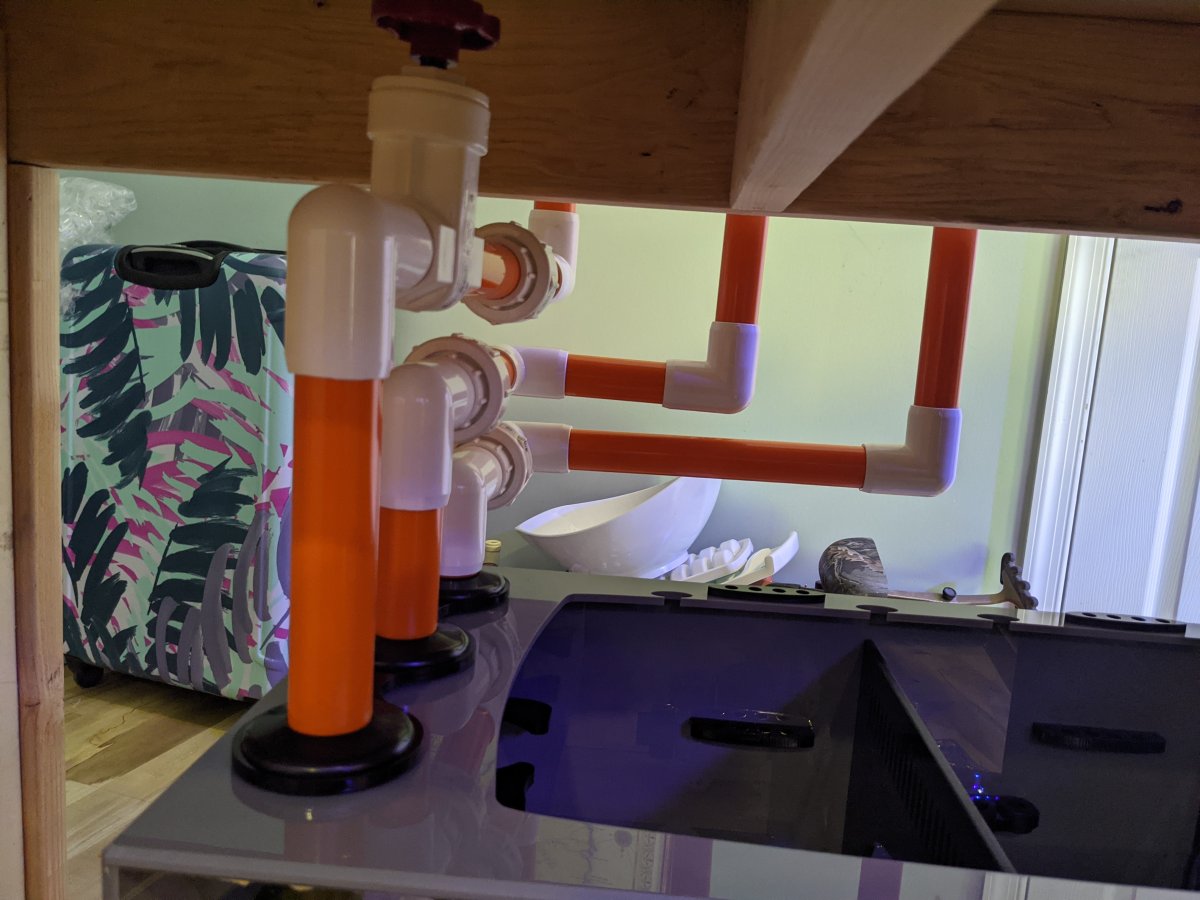 Drains are dry fitted. I'm not sure what I was thinking coming off the overflow with 1.5 then to 1" after the unions. Should have used an adapter and did 1" the whole way. Oh well.. what's done is done. The rest is dry fitted. Any suggestions?
OP 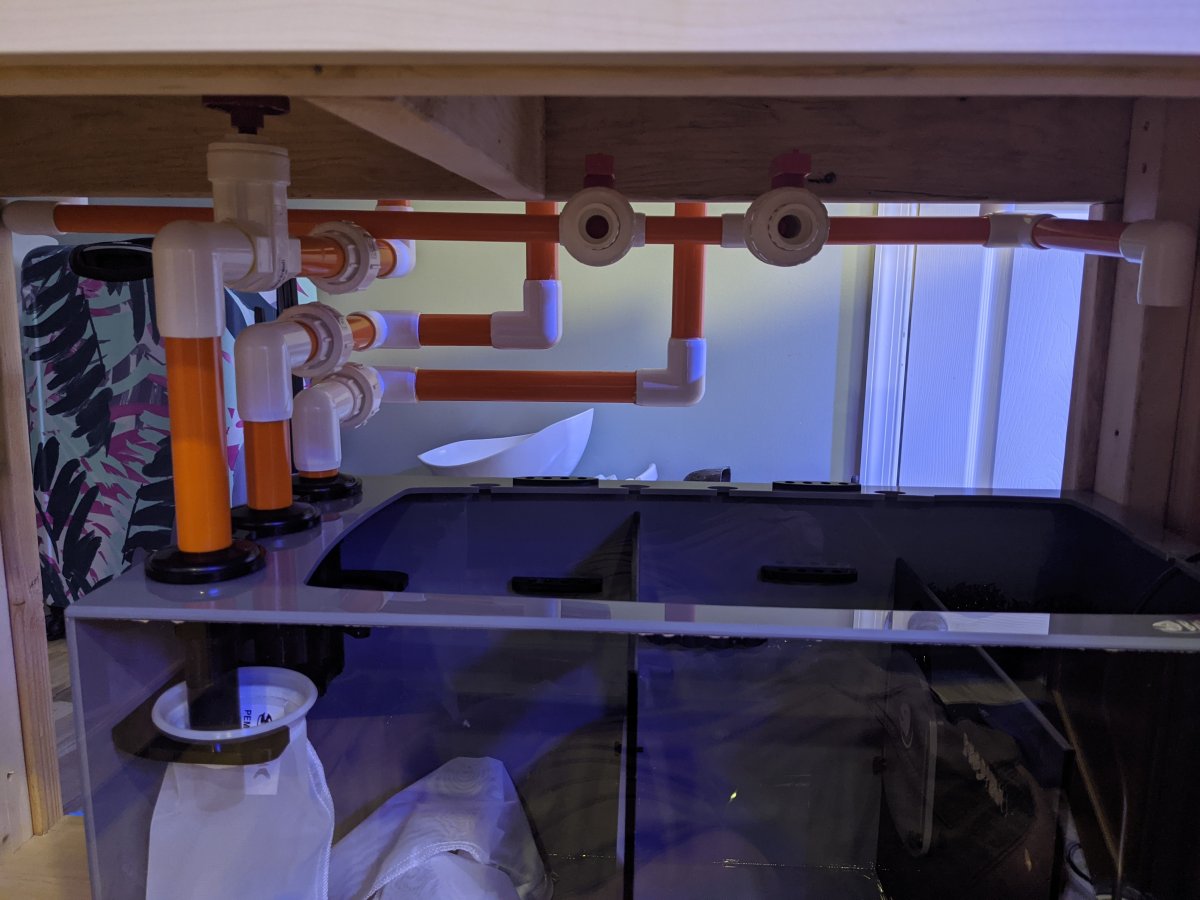 Drains are all glued up. The returns are dry fitted. I think I'm happy with it. I will glue them up tomorrow. I have a check valve to install yet also. I'm going to design and print some straps to hold the plumbing up. Going to hopefully move the tank into its final location this week. Then I can start filling it up.

I also ordered two Noopsych K7 V3 that I think I'm going to tuck into an aquatic Life Hybrid fixture. My current light isn't going to cut it I don't think.
R

Hello, great build so far! Following as I have an SCA 120 sitting in the garage waiting for me to start setting it up. I was wondering what size return line you are using and what, if any nozzles in the tank on the return? Best, Rob
OP

Hey Rob, the bulkheads are half inch so the lock line in the tank is half inch. The line going up to that is 3/4.
OP 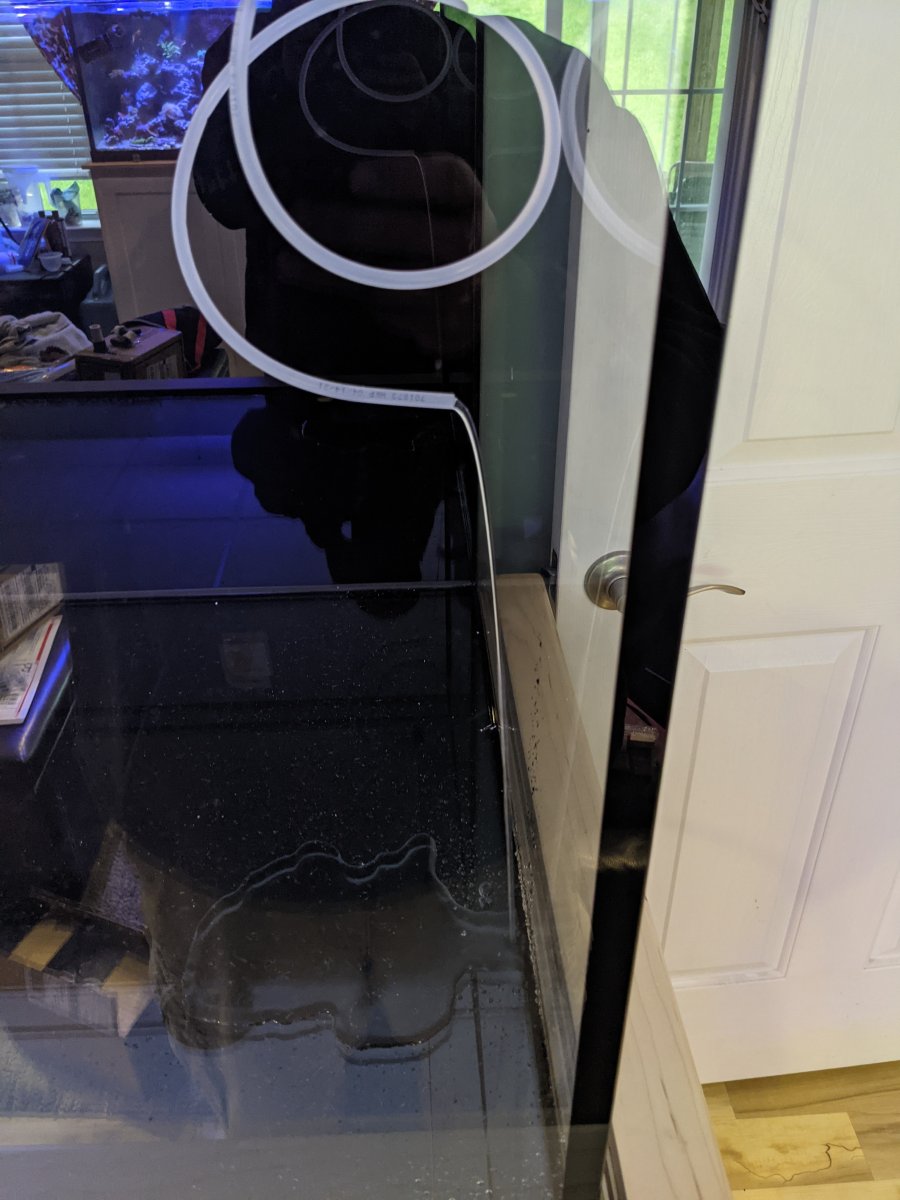