This Build-Thread is way over due, but late is better than never, right?

Ok, so let's start with a confession. I originally purchased this tank for my wife (@dogshowgrl ), who wanted to raise sea horses. So I spent the time saving up to buy the tank and equipment (reefing is not always friendly to a teacher's budget). Being on my budget, the tank kind of slowly evolved to what it is today. 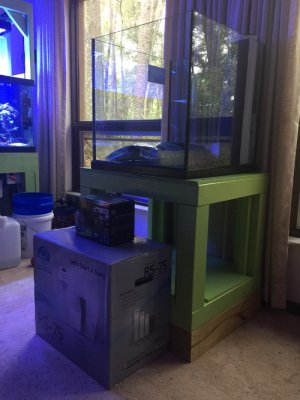 Ok, so in order to complete the surprise, I had my father build the first stand and he misinterpreted the dimensions, instead of 30" high he built it 30"wide, leaving the stand to only be 24" tall... 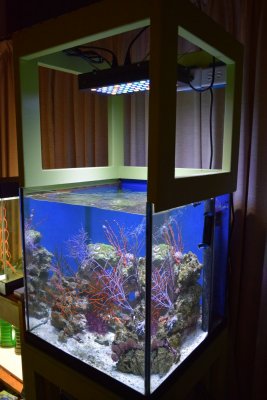 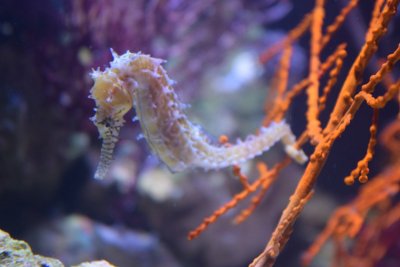 At this point, the tank had been running for a little while, and at this point - since it was used for seahorses - we were using a MarsAqua light and filled the tank with various Gorgonians as tail holds for the seahorses.

As you can see, my wife did have some gorgeous seahorses. She decided prior to our son being born, to give them to a local seahorse breeder leaving the tank mostly vacant, which would come in handy just under a year later when my 125's front panel decided to take a 1/4" slide to the right. (https://www.reef2reef.com/threads/a-near-disaster-an-un-build-thread.353339/)

That is when the tank changed over to my care as we drained her tank, refilled it with water, rock, coral and fish from my 125. We jokingly called in "Instant Reef" for a little bit as the 125 was approximately 1/3-1/2 stocked which created a fully stocked 60.

So after that night the tank looked something like this: 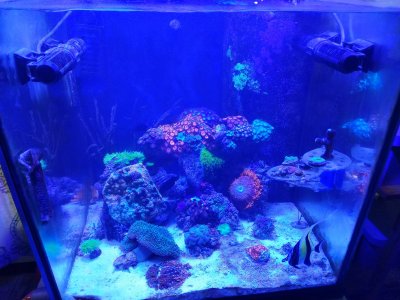 Which while fully stocked, wasn't exactly pretty. So I finally got around to doing a new aquascape a couple weeks ago. So the tank now looks more like this: 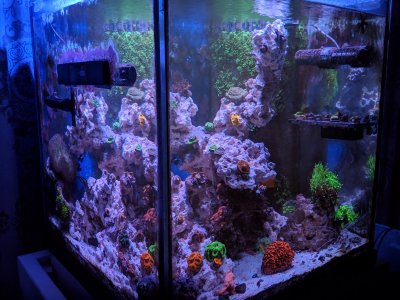 I used to have a danner pump, good pump but threw off a bit too much heat.

Not sure if I missed it, you still have the idol?
OP

I used to have a danner pump, good pump but threw off a bit too much heat.

Not sure if I missed it, you still have the idol?
Click to expand...

I had the Idol for right at a year, then he decided to eat one of my ultra rock 'nems and he was sold.
OP 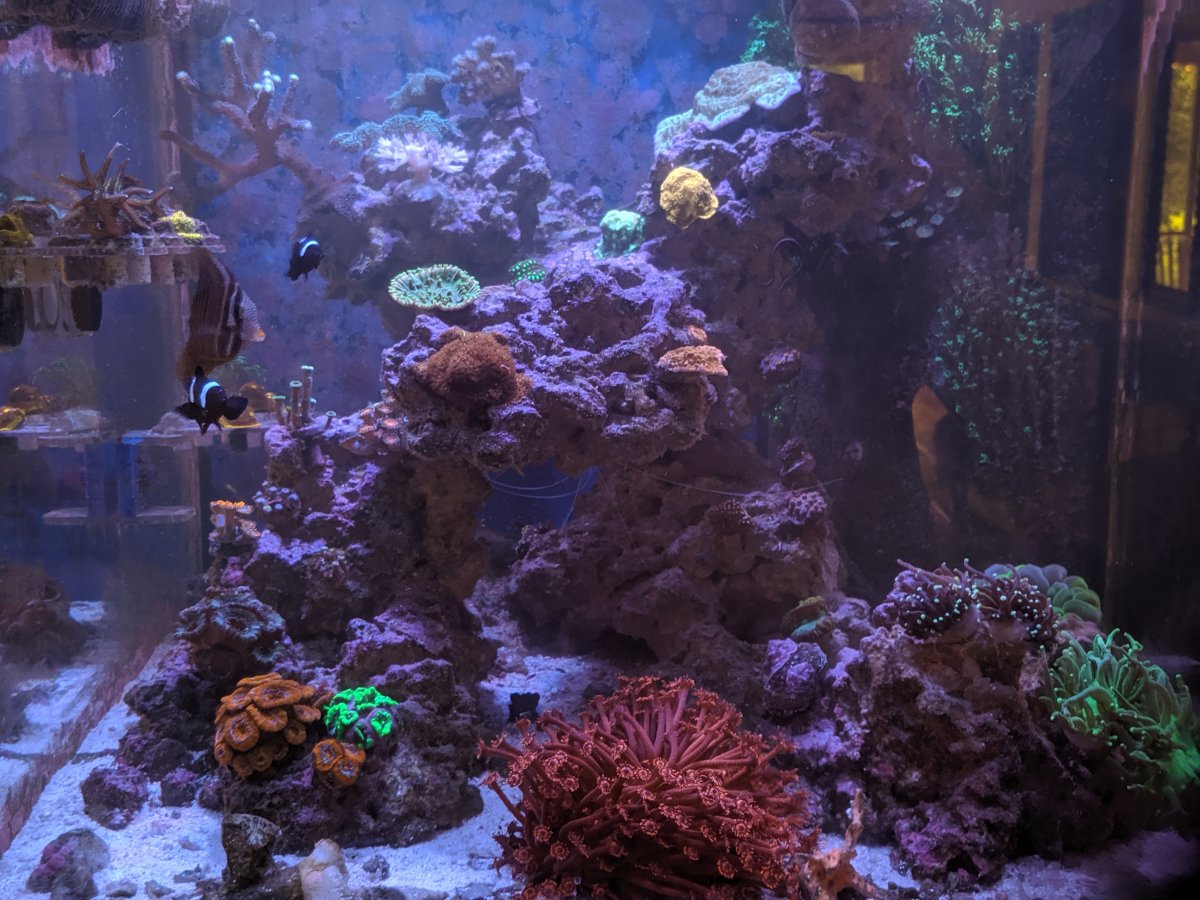 Just a quick update:
-Took out the Duncan Colony
-Lost a Pink Tip Torch to Brown Jelly
-Came back from MACNA to a bleached Stylophora colony (but the rest are doing fine

New Year update:
-Switched to one Gyre rolling the water forward
-Finally glued (almost) all the frags down to eliminate the frag racks 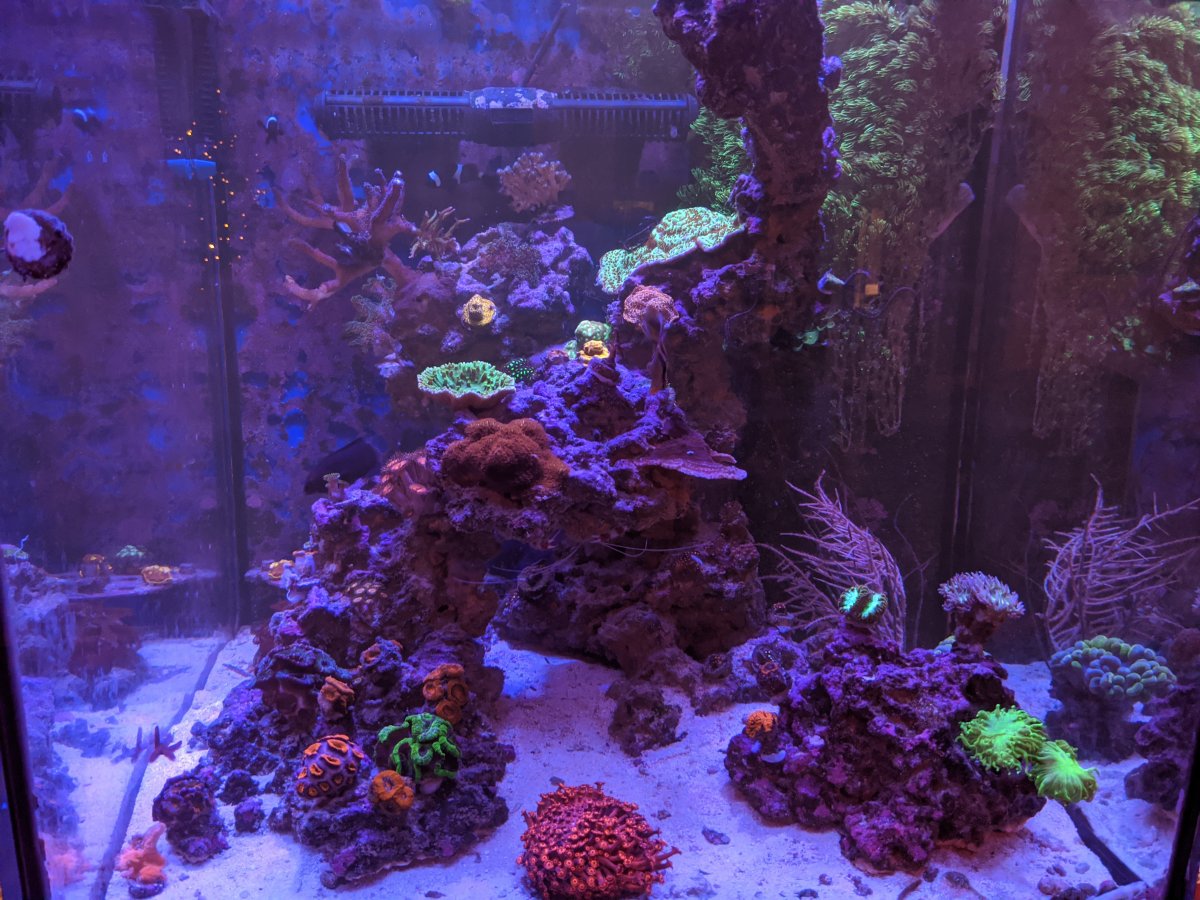 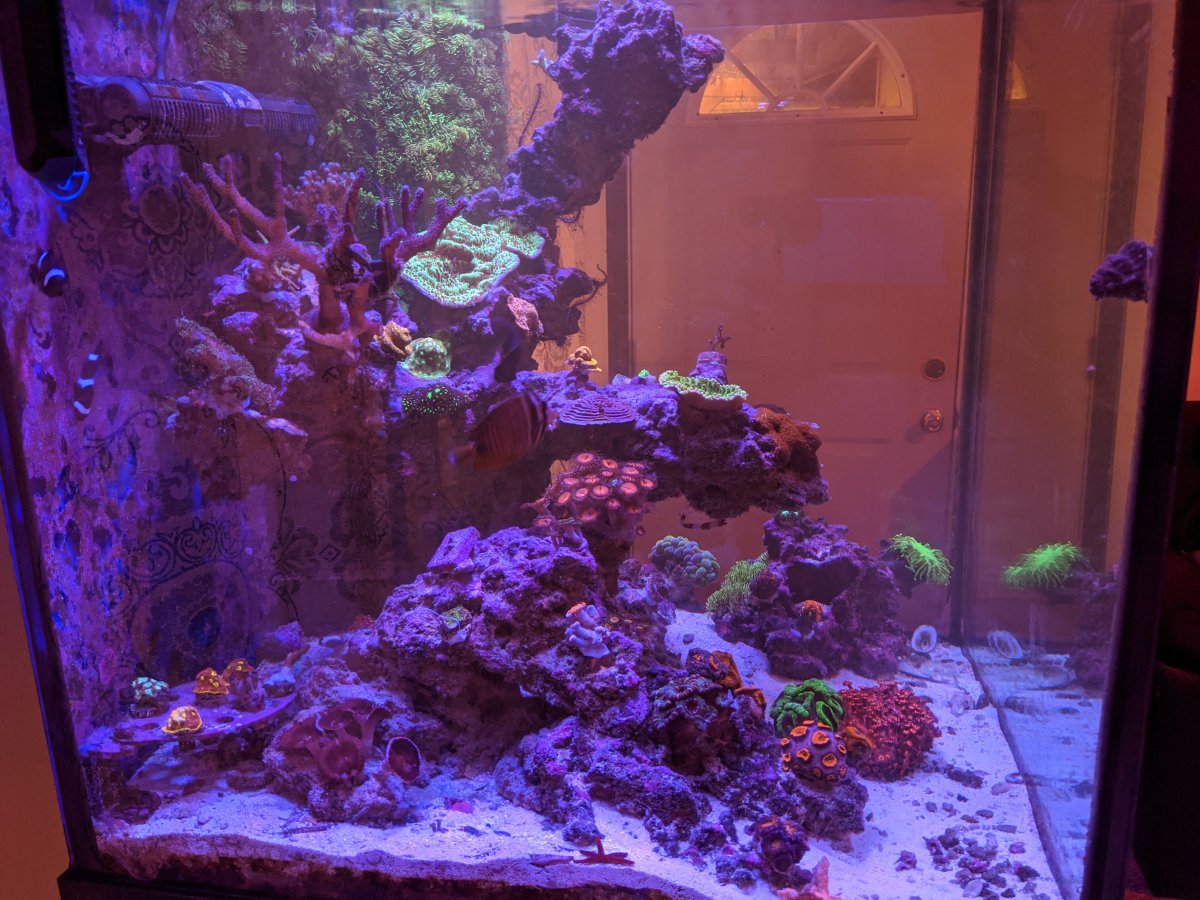 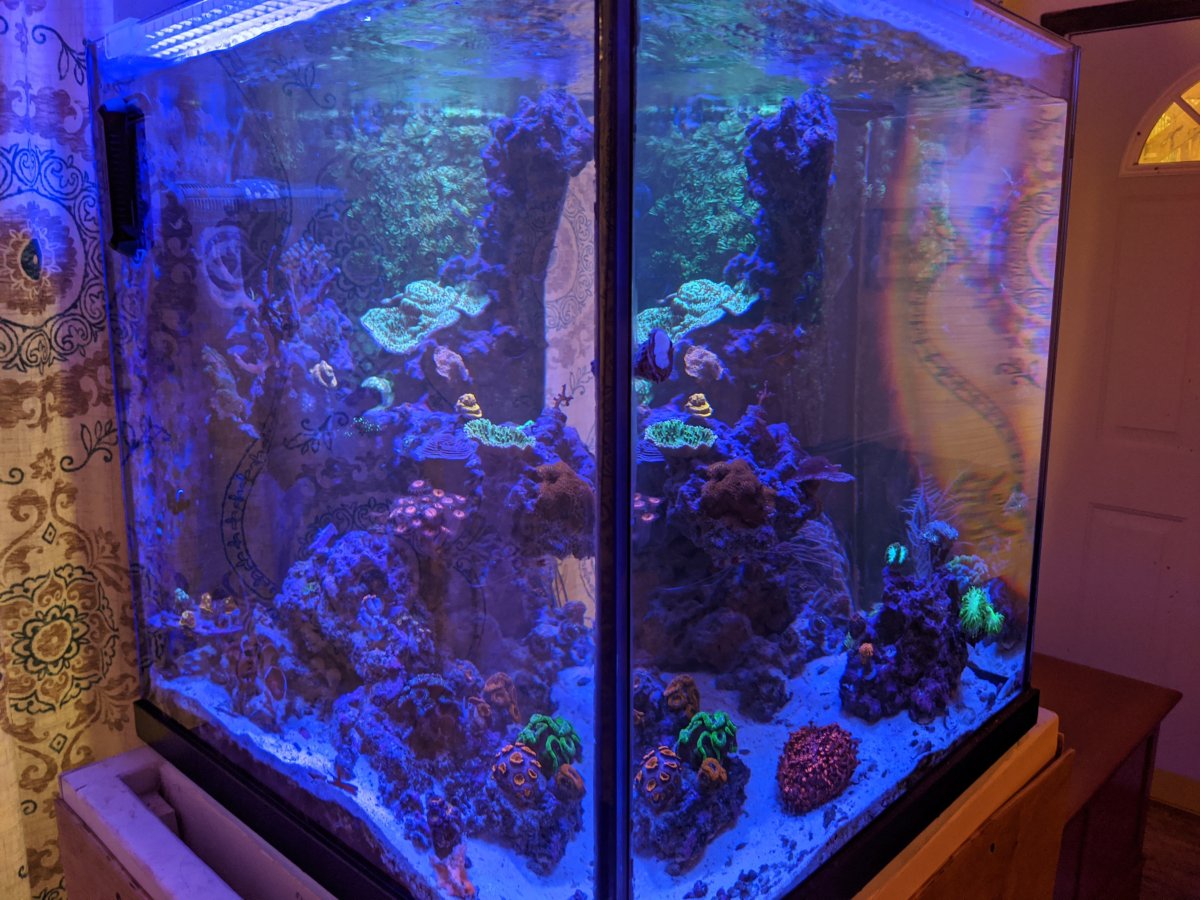 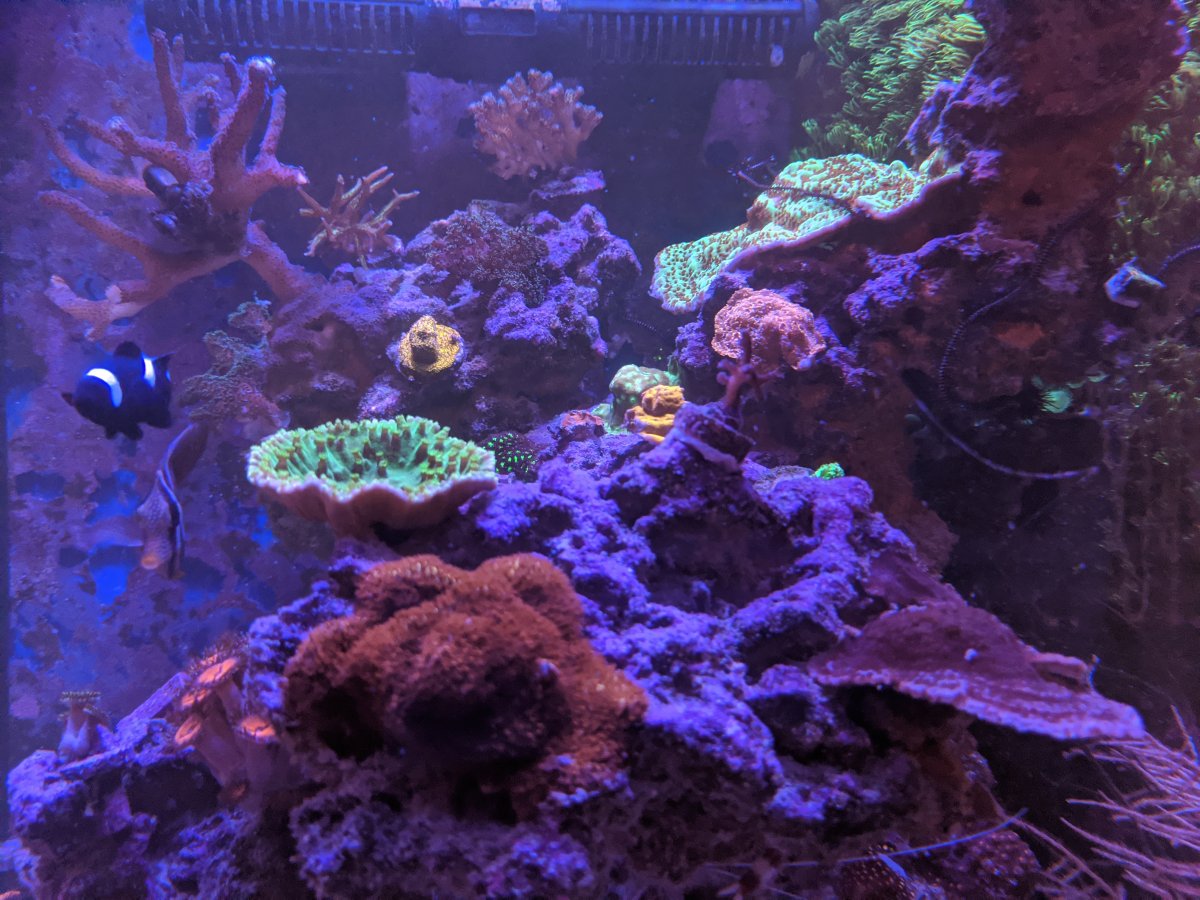 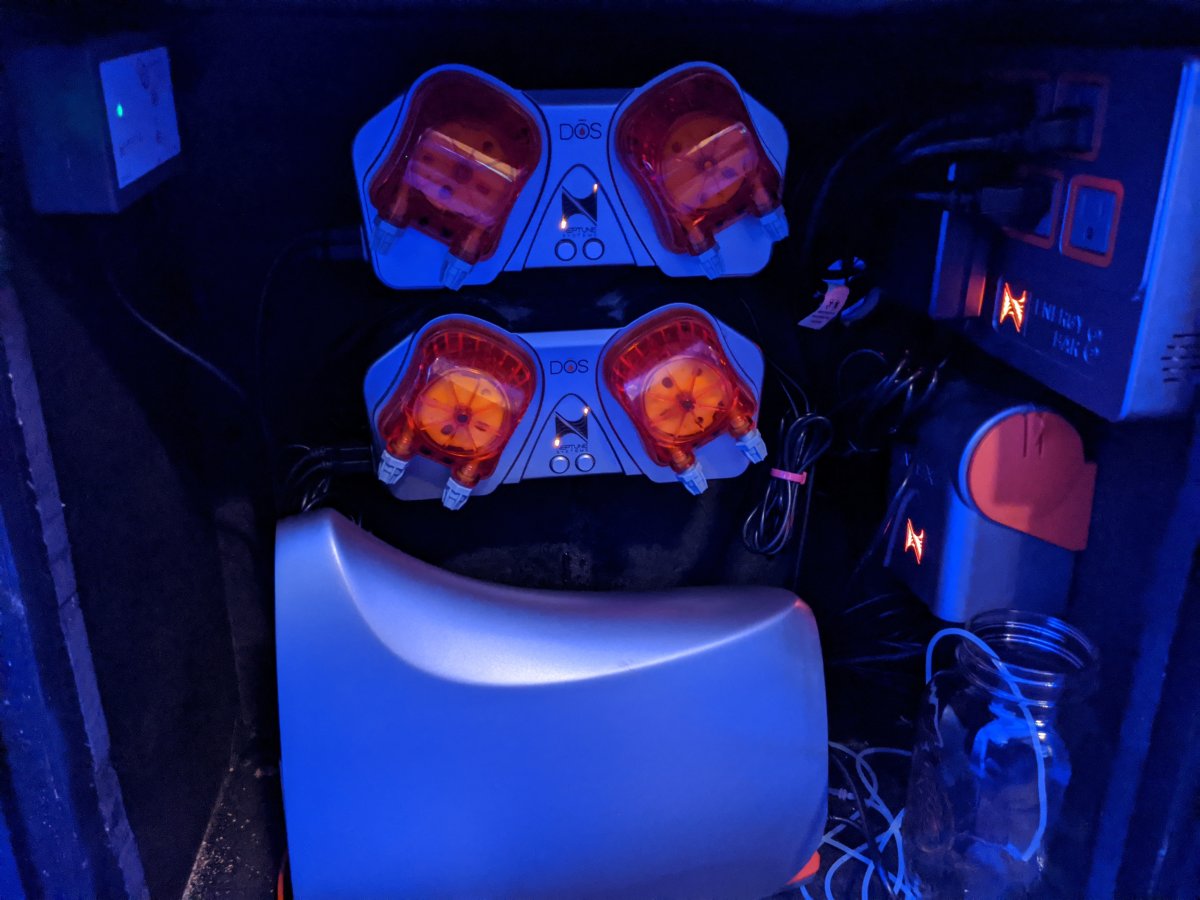 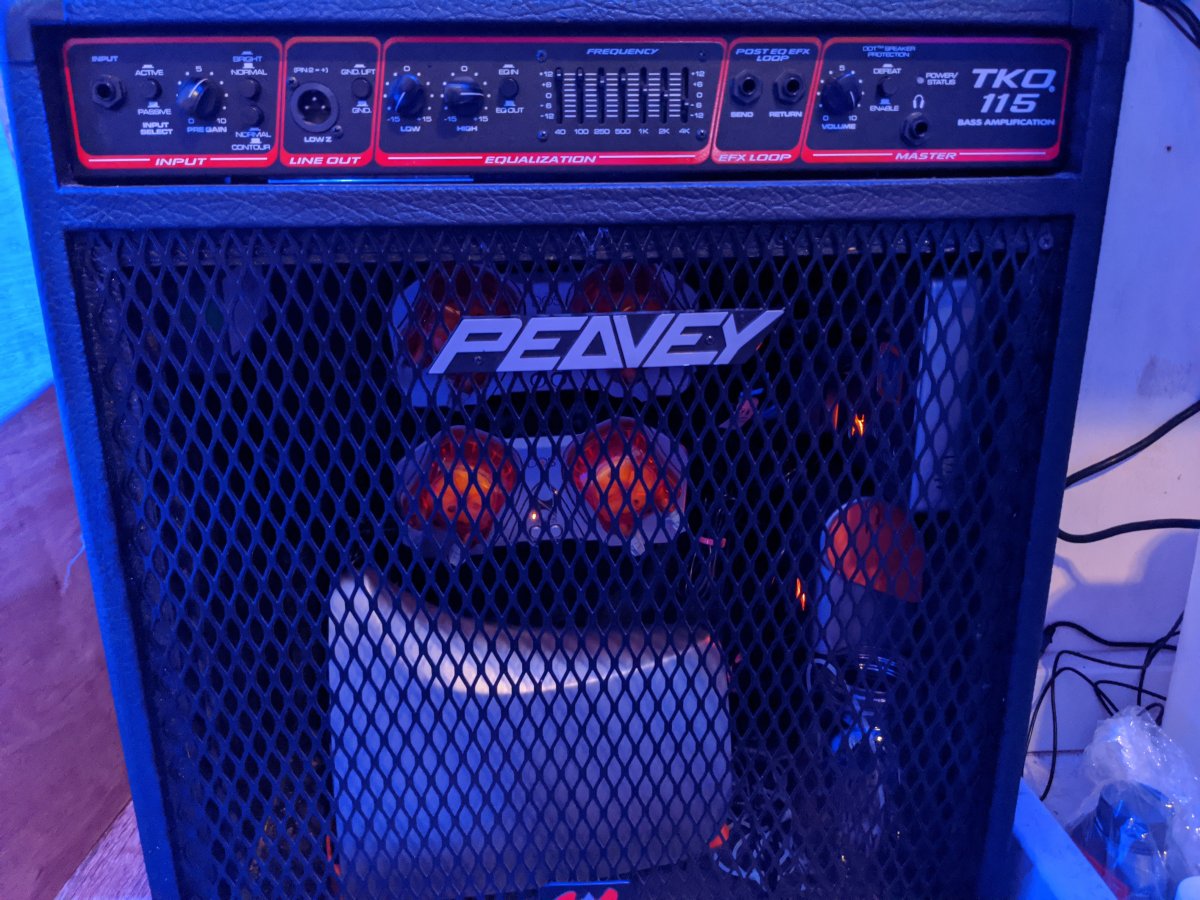 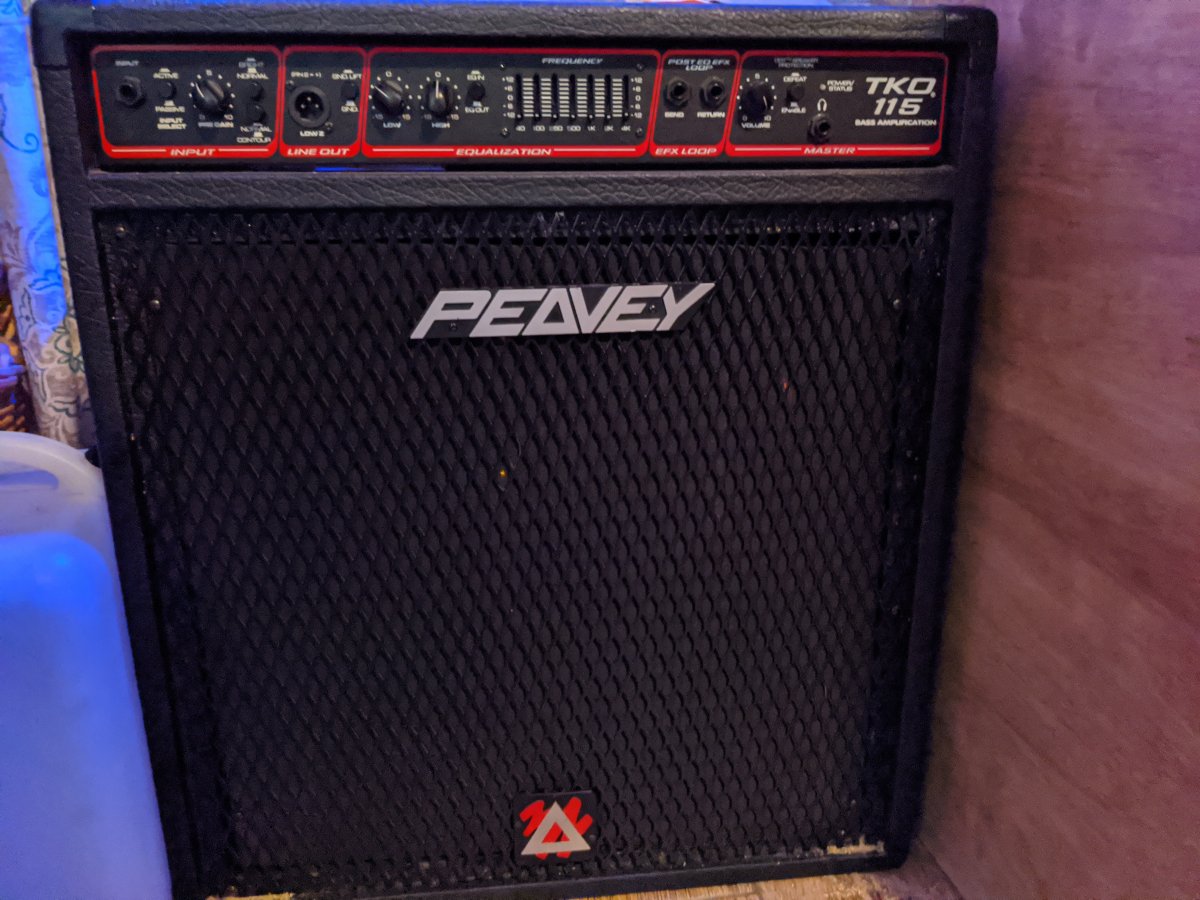