I have always been fascinated with prorogation of aquarium animals. I have become a dab hand at fragging coral and wanted to turn my attention to something new. In early 2017 I was inspired by an article I read online in Reef hobbyist Magazine (link a the bottom of this post). The article was about breeding Flower Anemones as these particular anemones could not be fragged.

At the time of reading this article I was in the process of setting up an 80 litre frag tank. The tank would have elevated frag racks leaving the sand on the bottom clear. This open sand bed would be perfect for Flower Anemones. I jumped at this opportunity and in March 2017 I purchased my first Flower Anemone to test the waters. As this was a new species to me I wasn't sure how it would act in my tank. I can tell you now these Anemones are fantastic tank inhabitants, almost from the moment it was added to the tank the Anemone was settled. After a couple months and a Holiday to Egypt I decided it was time to progress with my breeding plan. On the 28.05.2017 I purchased 5 more Anemone. I chose 6 as I learned from the article these Anemones are impossible to sex until they spawn, I theorised 6 would be a large enough number to get at least 1 male and female. The Anemones were added to the tank and left to their own devices.

Jump forward almost a whole year. The Anemones were doing fine even though the tank had been neglected to a certain extent. I had come to think I was missing something when it can to spawning these creatures so in truth had lost hope. I had the opportunity to fly out to Dubai and spend March with my aunt. So I left the tank as it was and jumped on the plane.

The holiday flies by and suddenly I'm back in the "Sunny" UK. I Immediately went and made sure the livestock was okay. I had been fighting an AEFW outbreak just before I went away and was anxious to see what was left (thankfully no Acros were harmed while I was away). I did however notice something very special a very small Anemone Flower nestled in between two ex-Acroproas. Then as I looked harder I noticed another one and another one, I had three tiny Anemones; I have achieved my goal. I was however disappointed as I had noticed this happen. Looking at the size of these Anemones I surmised the were probably "born" sometime in March which would suggest the spawning event took place in January (This timeline is based on the timeline experienced by the author of the article). 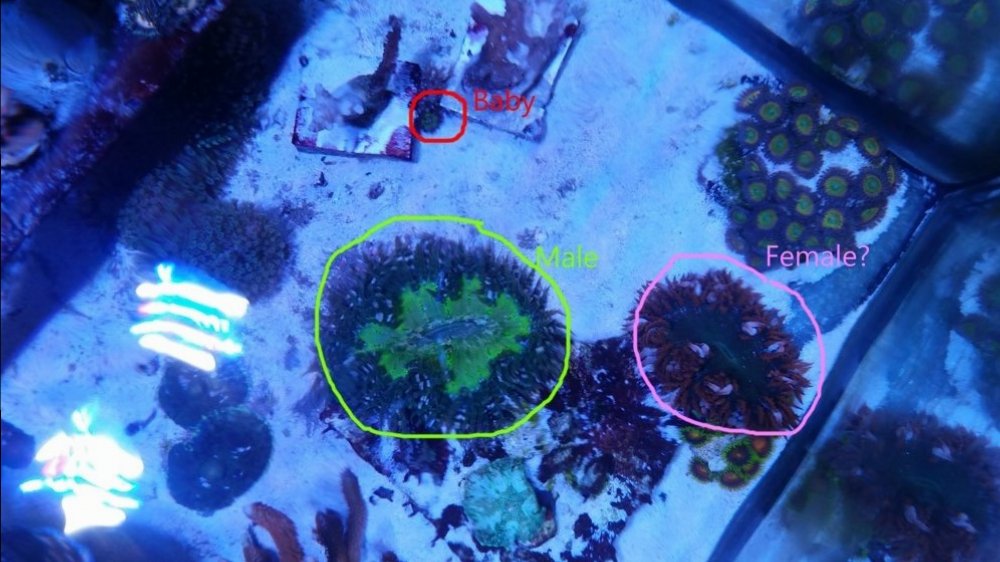 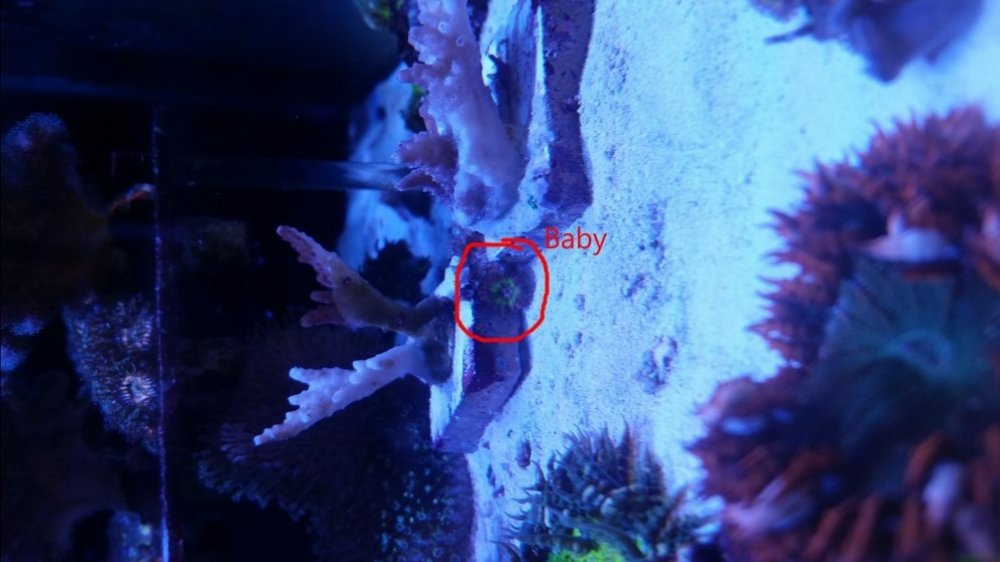 On the 09.04.2018 I would finally get my wish and witness the spawning event. It took place at roughly 10pm as I was going to bed. Footage is at the bottom of the page. You can also see a poor attempt at collecting the sperm and depositing it on a (what I believe to be) females anemone. This is the only spawning event which I have witnessed.

All in all I had achieved my goal of spawning these beautiful animals. Thank you for reading, if you have any questions feel free to ask.

Nitrate: 0
Phosphate: 0
Alkalinity: 7.1 at time of spawning (between 6.4 - 9.0 during anemones duration within tank)
Magnesium:N/A
Calcium:N/A

Indecision may or may not be my problem.

Thanks for sharing! It freaked me out when I saw my flower anemones spawning for the first time. I unfortunately didn't get any babies out of it though

G
anything I should be concerned about with keeping multiple H. Aurora anemones in the same tank?