NoahLikesFish said:
take a pic of a coral reef w/o corals, this is what your hardscape should look like, overgrow it in corals & viola, a reef 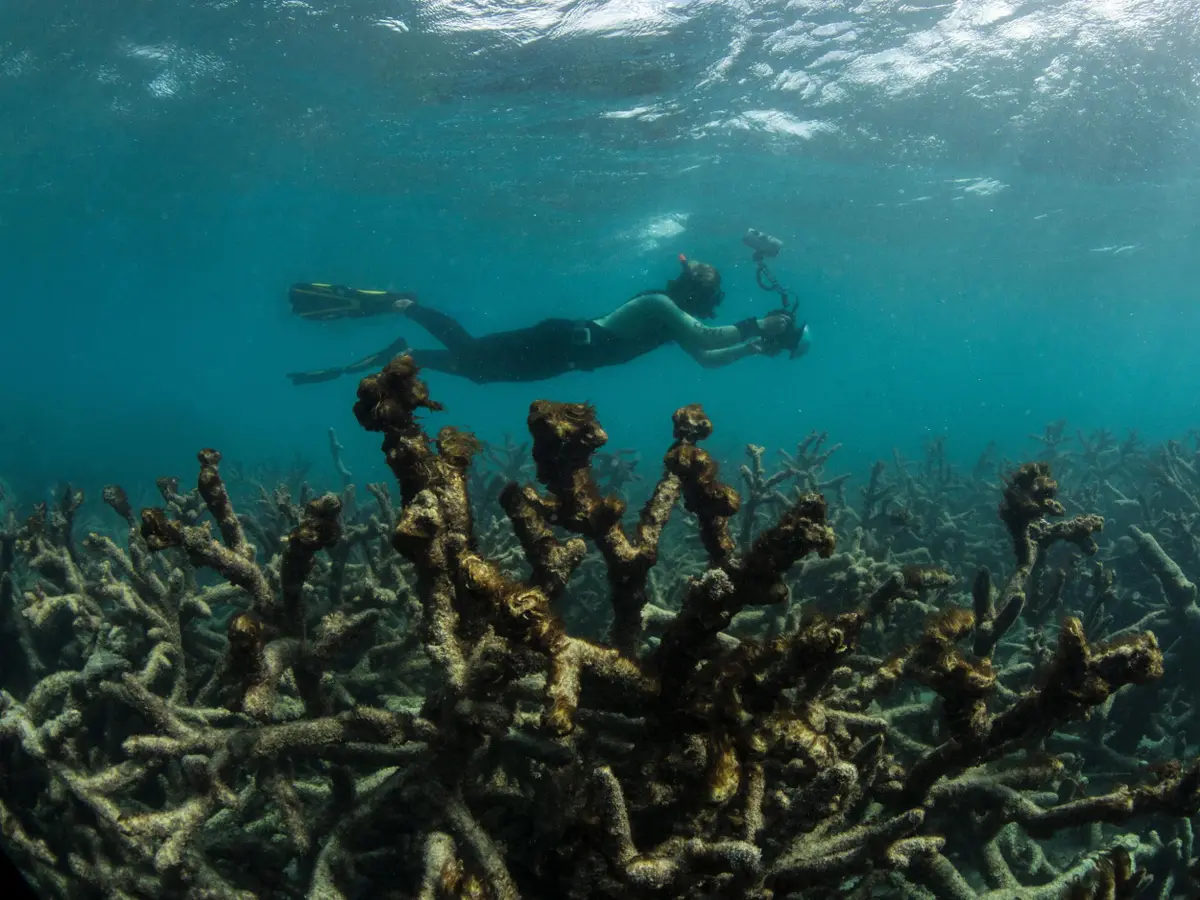 Well, that’s not a great example, because all of those were once corals that have since bleached and died. Underneath all that would be the scape which they grew on.

Naturally, reef-building corals go through a cycle by which they erode over time via boring organisms and bacteria weakening the base. When they collapse, they slowly continue to erode until they become a part of the bottom sediments, where new coral larvae settle. Although corals do ultimately serve as the base for coral growth, the picture here does not completely describe a natural reef scape.


As far as going with NSA, HNSA, or neither, do of course what makes both you and your fish happy. You’ll definitely want to think long-term, especially if you plan to populate the tank with corals, but the scape can change overtime. That’s what happened with my Fluval 13.5. I initially wanted to have a big arch, but eventually I realized the inconvenience and limited territories that this scape provided. Instead, I chose to make the scape more natural, in which the rocks piled on top of one another in a cascading look.
When I upgraded to my 40B, I wanted one side to be tall and complex, while the other is more open. This offers a healthy mix for various types of fish. 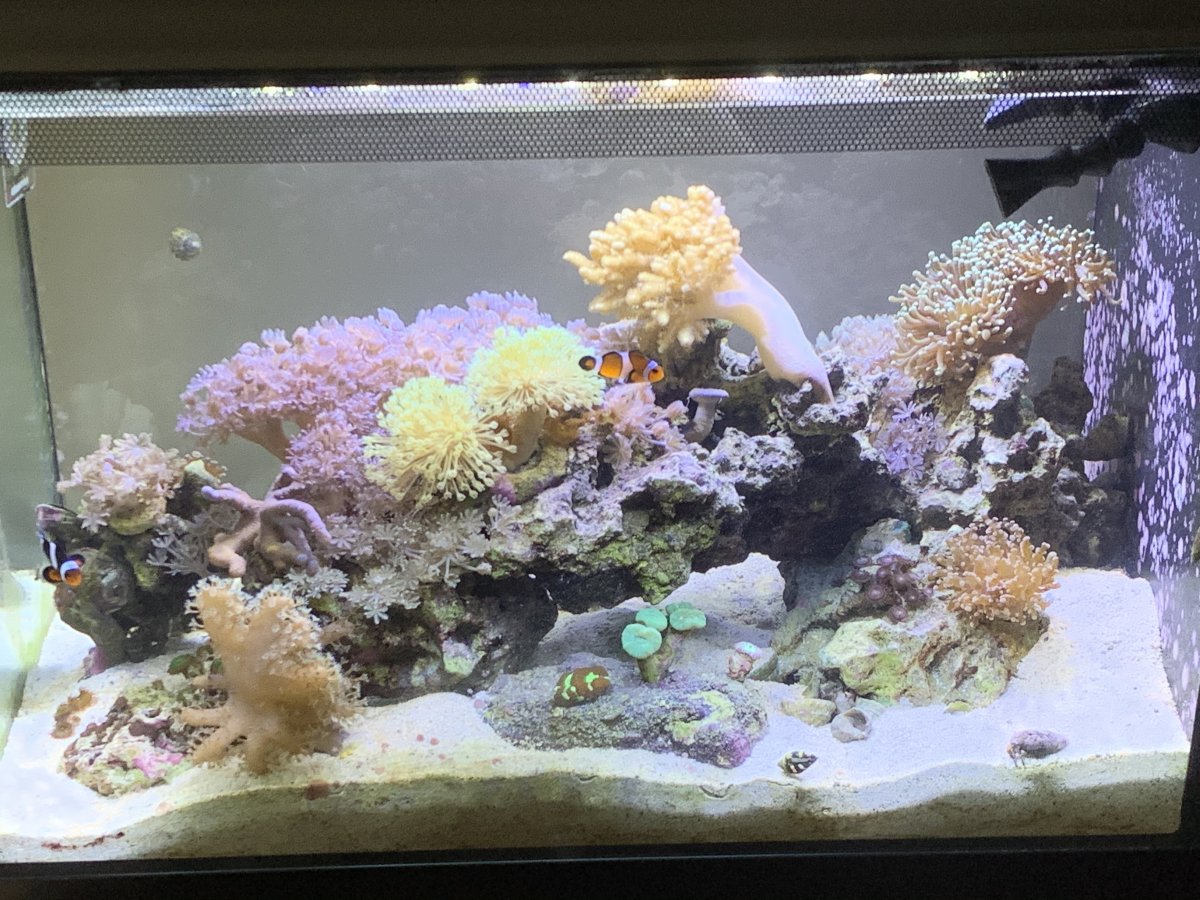 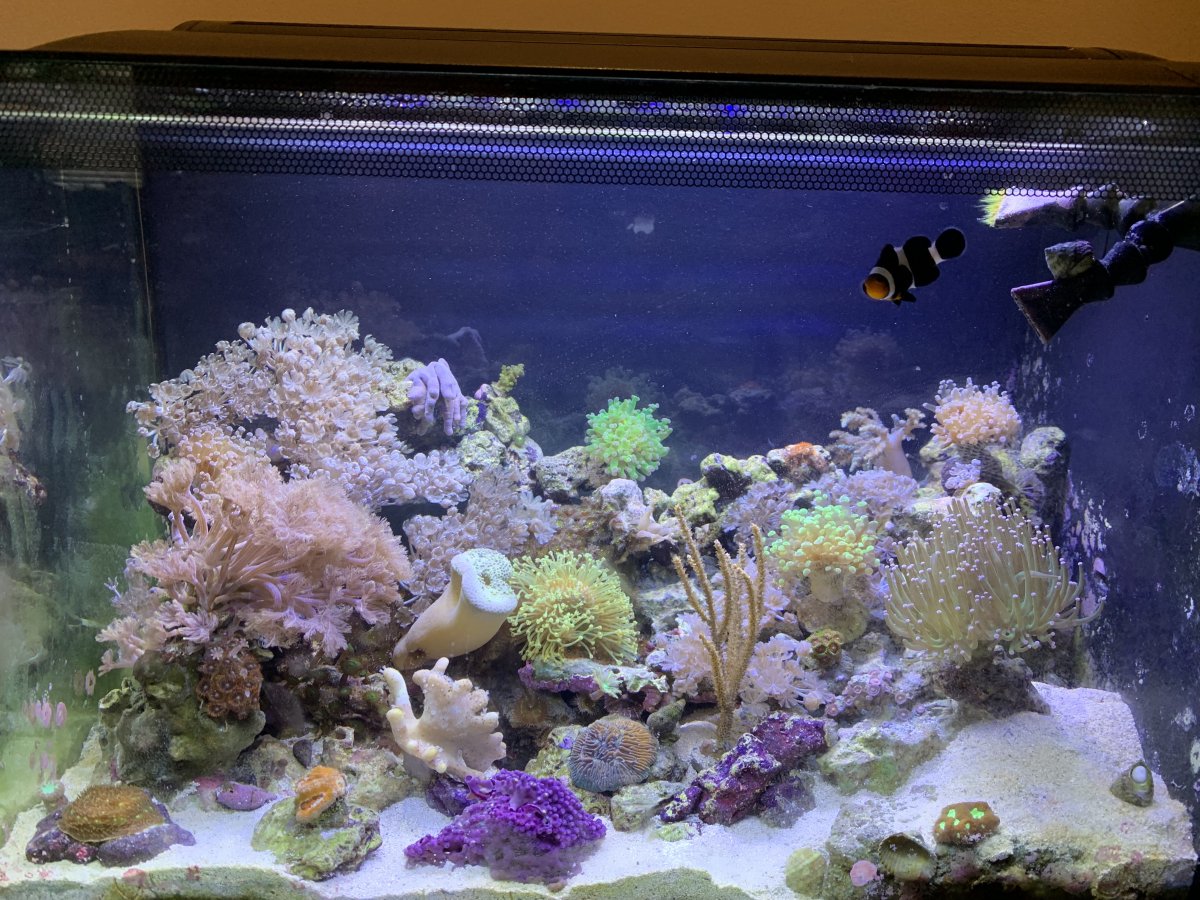 cpschult said:
Sunny, what size is your new set up? It's gorgeous!
Click to expand...

Did the lbs. per gallon thing. Not too happy. Want to go minimalist with my third tank. Wont need to worry about ammonia because will only have small fish. With a flowing effect of coral fairly neutral. 65 tank with about 5-6 rocks

It doesn't really matter what I do, my diamond goby is going to change it anyway.
Last edited: May 26, 2022

tgee said:
I don't know yet how well I did, but for my upcoming build I tried to find a balance between having lots of places for fish to hang out, plenty of space for corals, and enough space in between for flow. Hopefully it will look good too. We'll see.

Excellent work! I especially like the 2 pieces on the left. They are spacious and allow lot of water flow, while the right pieces provide safe harbor for fish.

This is mine for Waterbox Cube 20. (I had loads of fun and satisfaction creating this piece. Extremely satisfying experience and a sense of accomplishment. Hope you would not miss this experience. )
Created 2021-Aug 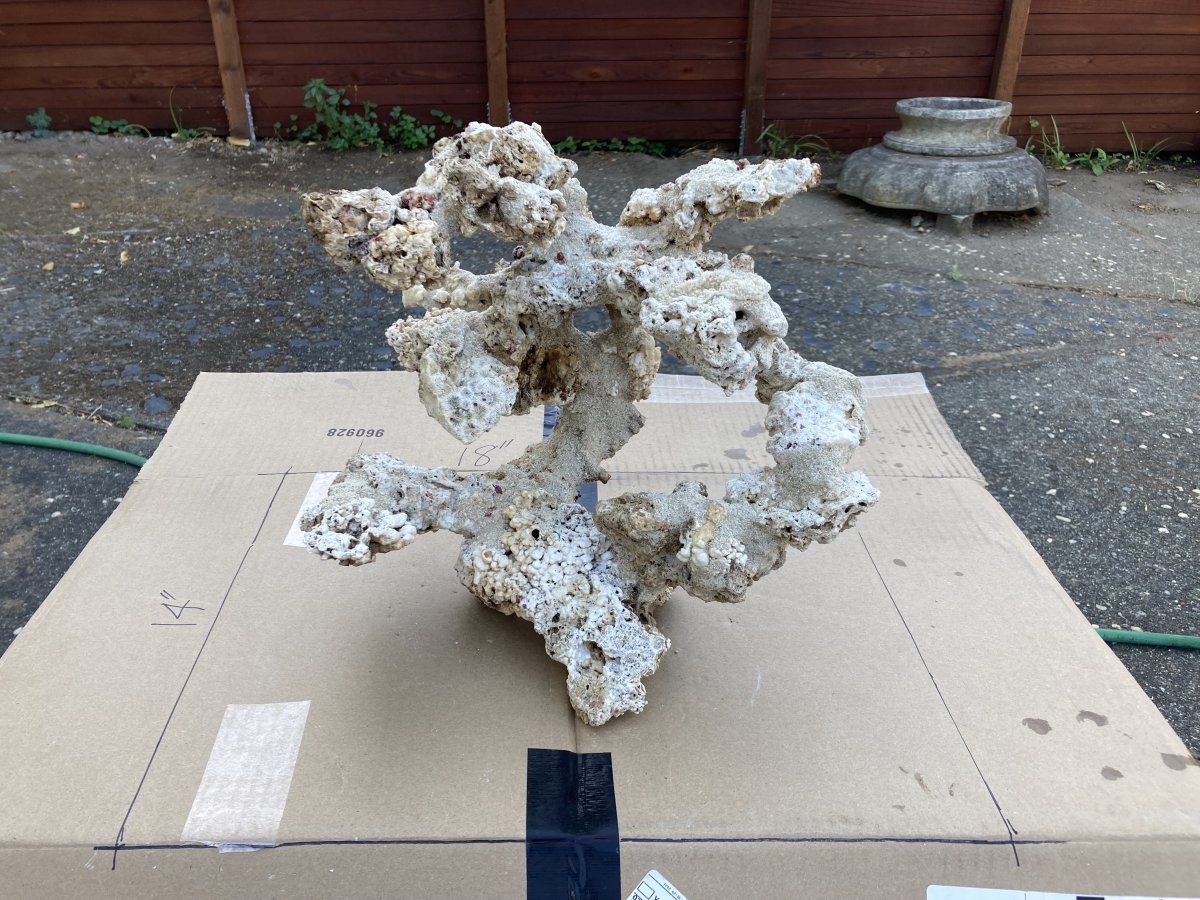 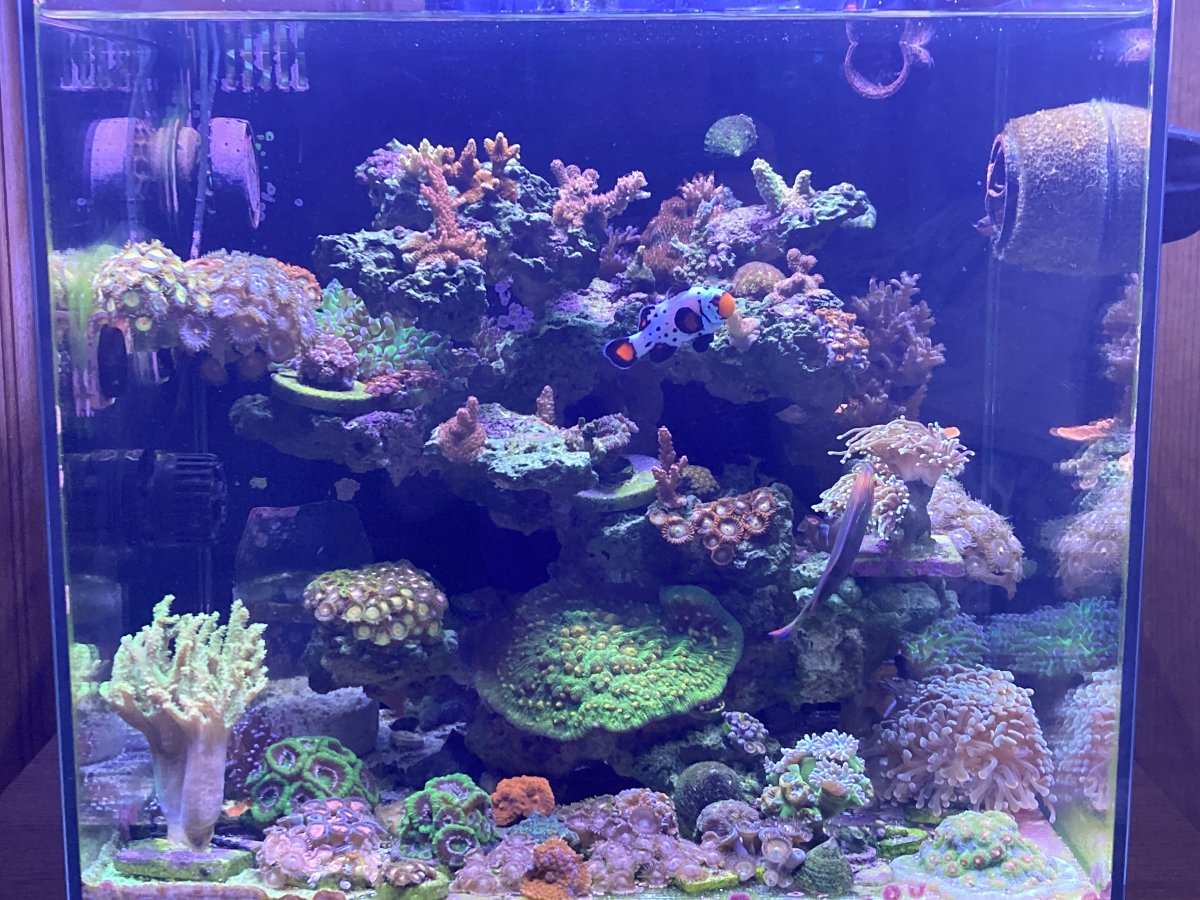 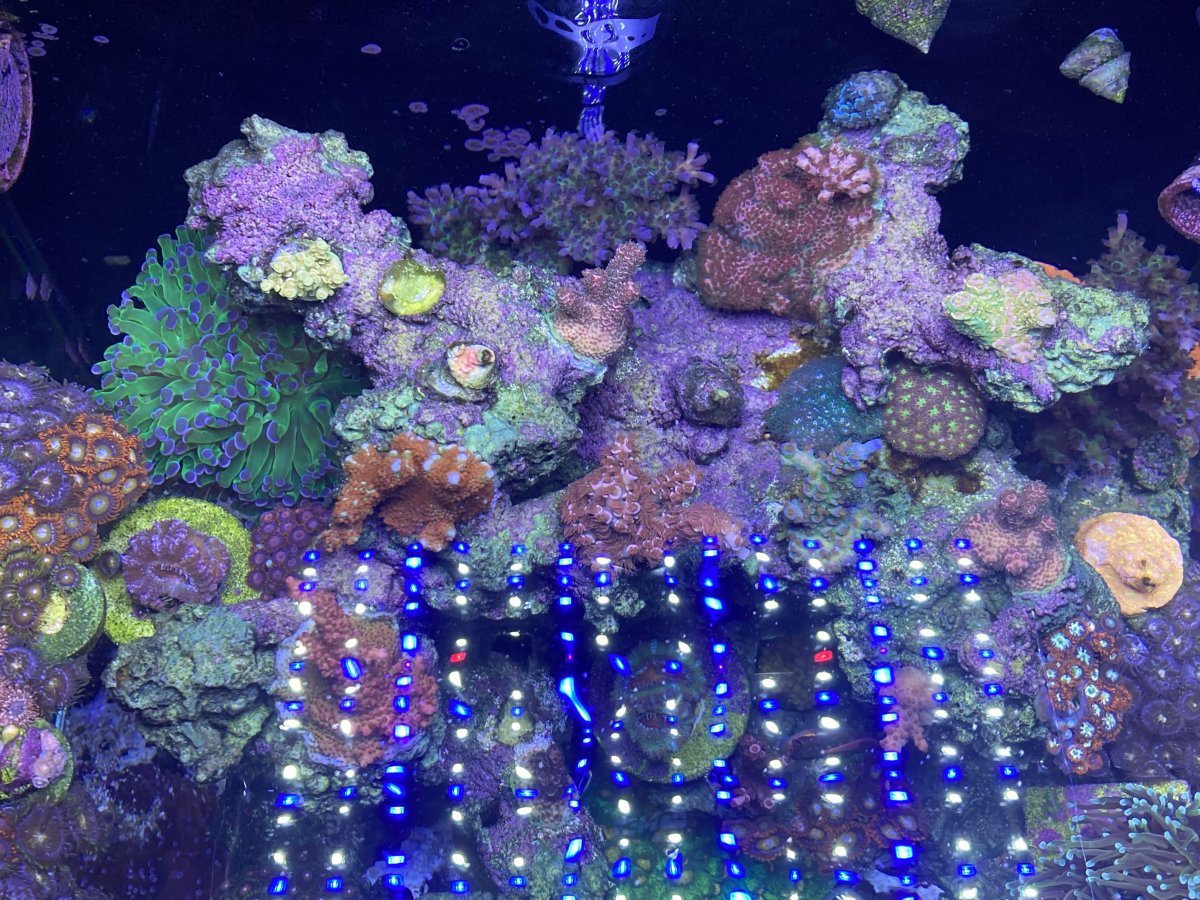 SunnyX said:
Do you have additional info on your build? size of tank, fish list, etc.? 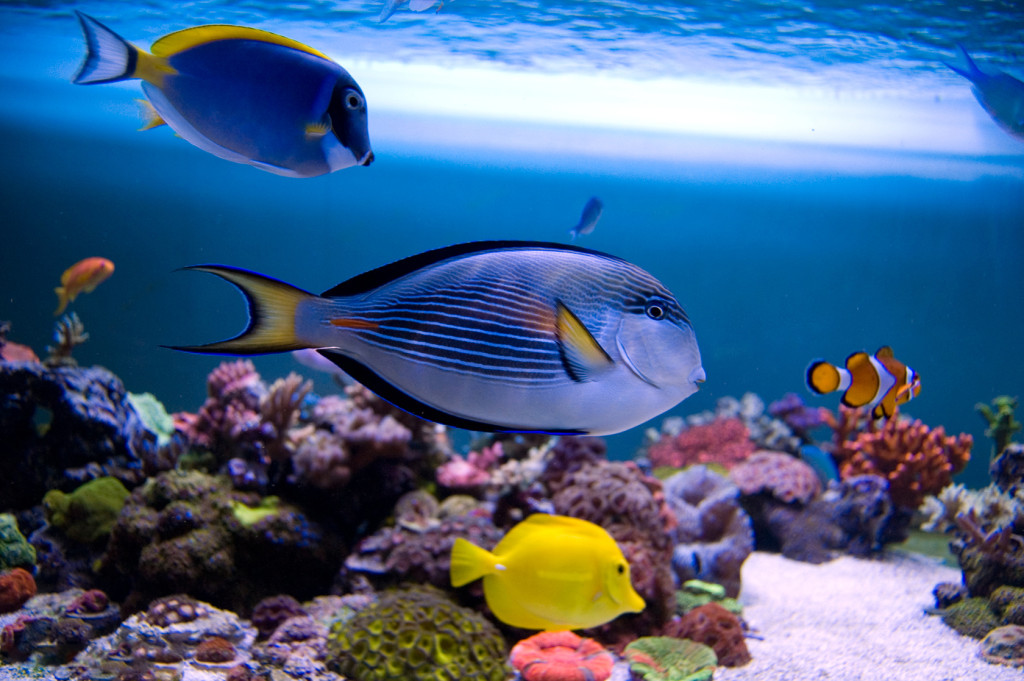 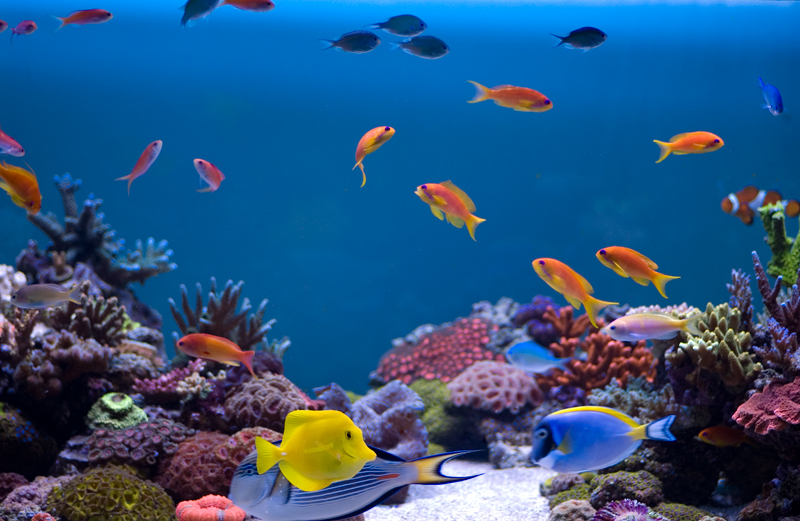 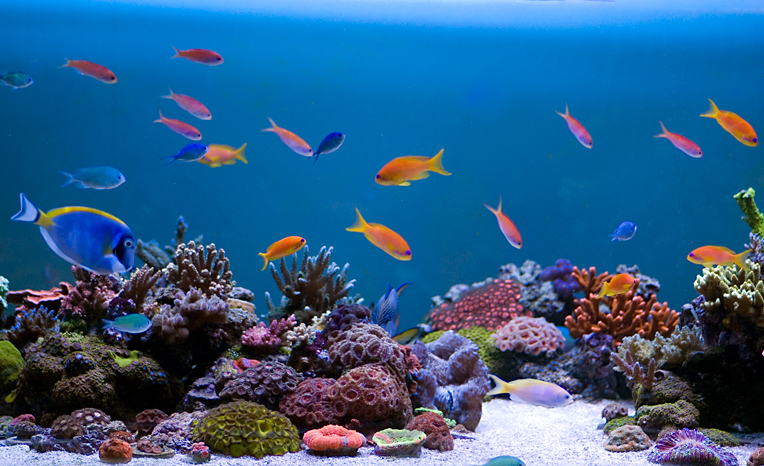 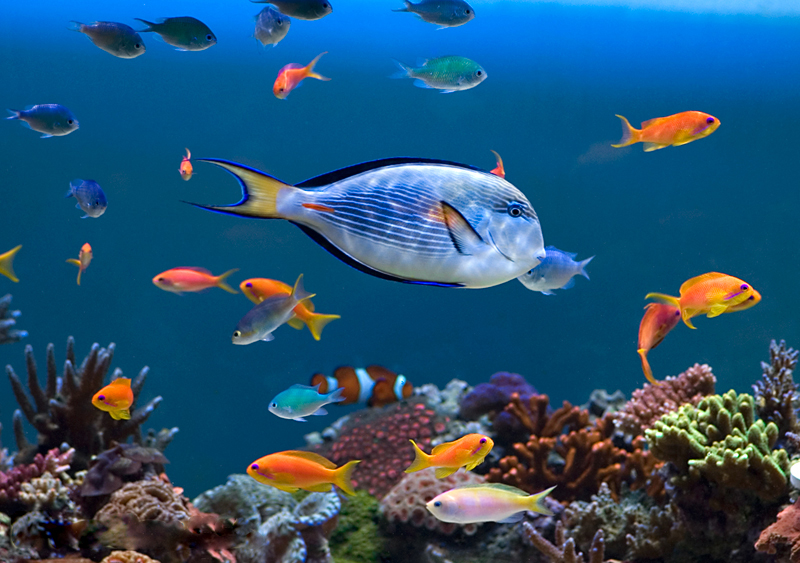 The tanks back in the day for whatever reason looked much more natural than the bonsai kit rock people use today. I’m not a fan but to each their own. I think Steve Weast has done a good job with his systems. Specifically Oregonreef.com. That’s what I went for in my display. I built the structure on a pvc skeleton leaving room for fish underneath and flow. Kind of old school, but just what I wanted. 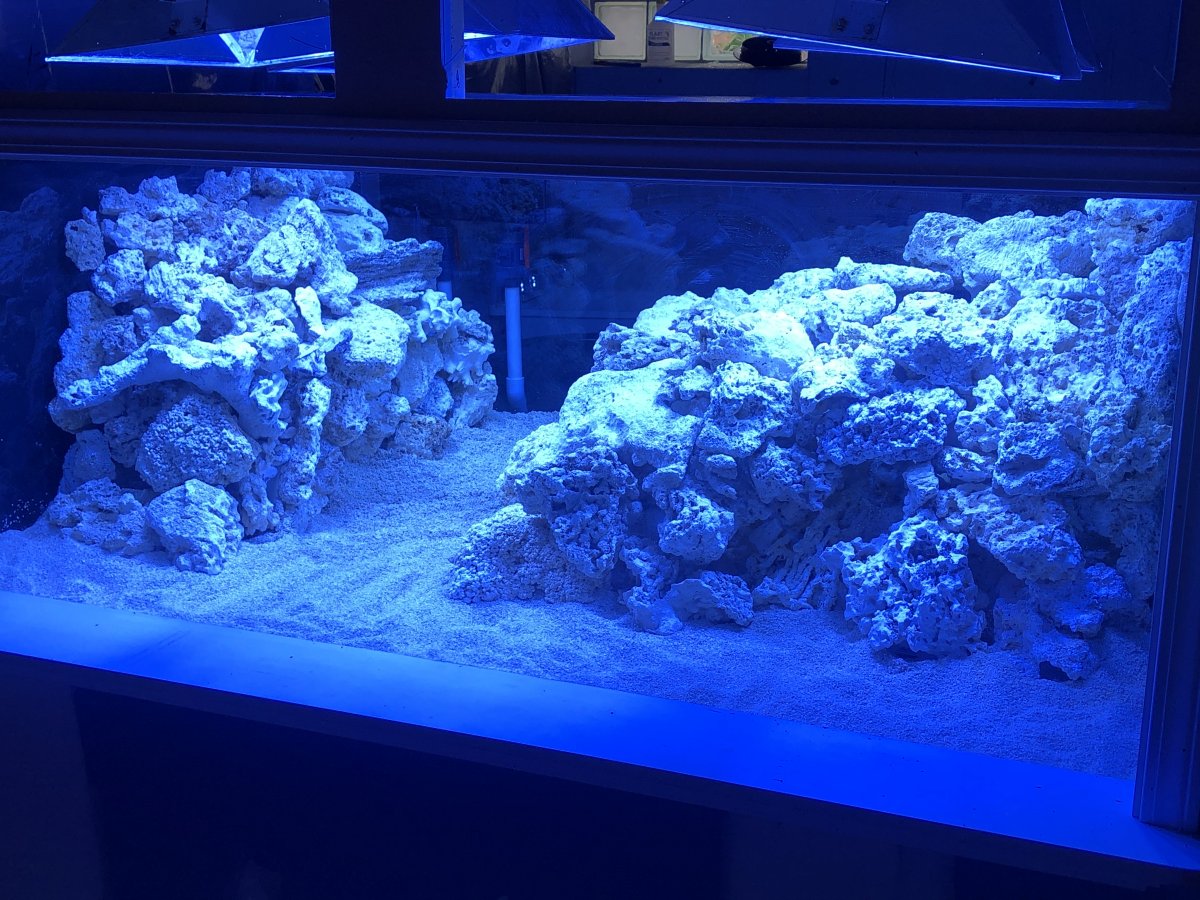 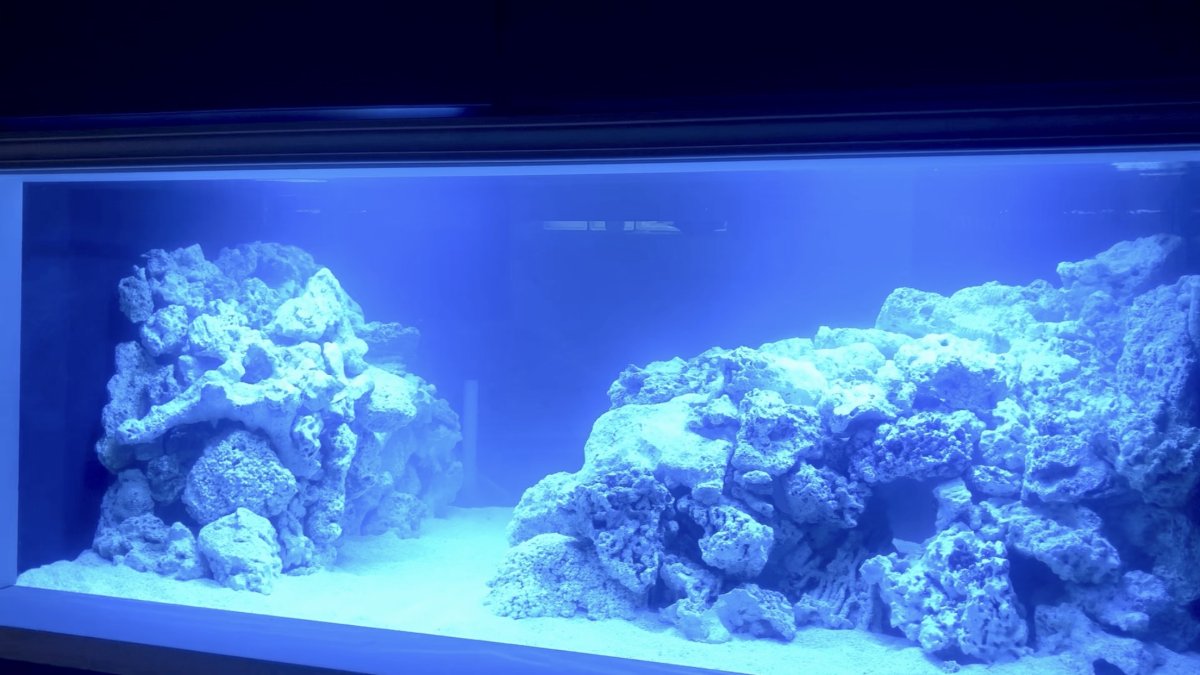 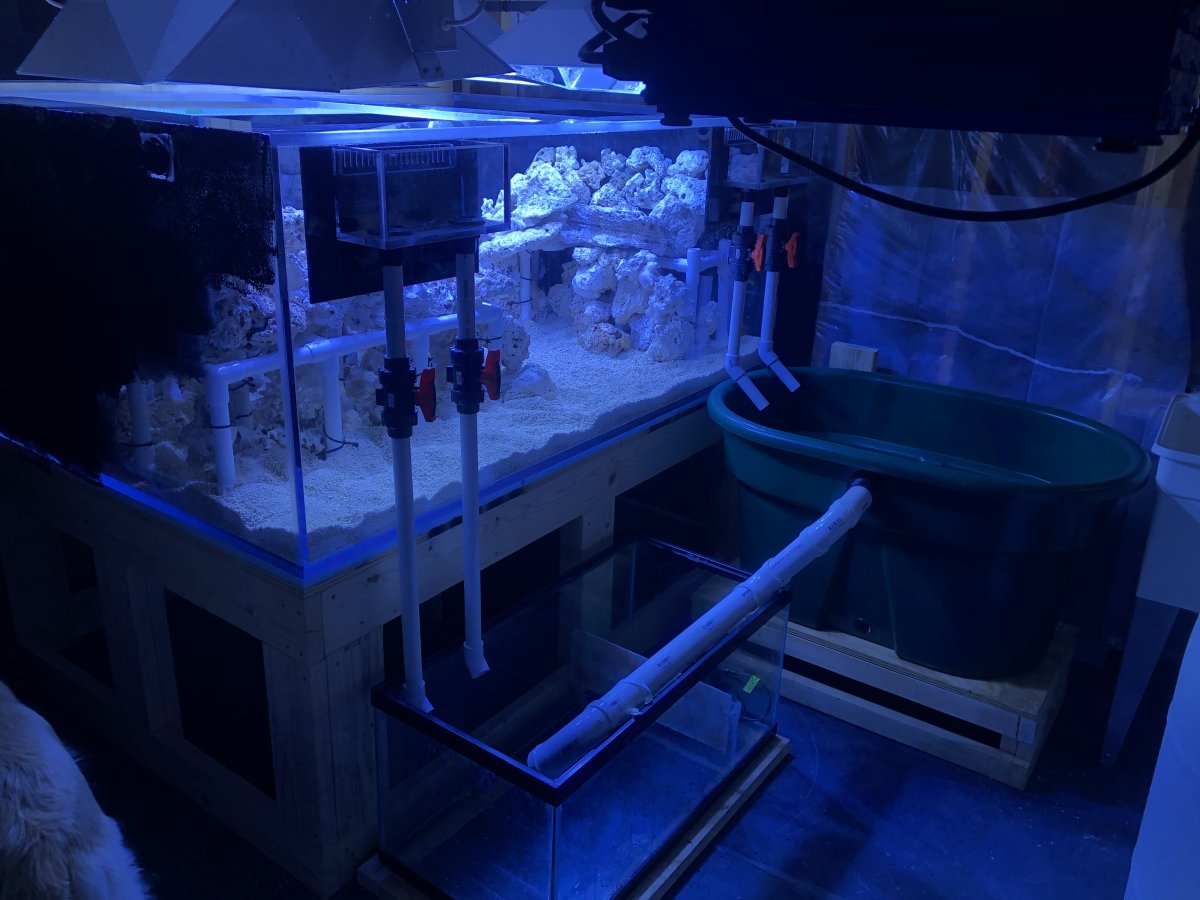 Very cool idea! It would be over the top if in addition to being used for support, the PVC also had flow nozzles and was used to distribute some of the return.

Projects with Sam said:
Very cool idea! It would be over the top if in addition to being used for support, the PVC also had flow nozzles and was used to distribute some of the return.
Click to expand...

Yea you could probly get pretty wild with it

SCAPEspiration!! What are your favorite aquascapes?

E
Shoutout to Chandler Rocks for an amazing custom aquascape!