I purchased this tank to be a very minimalist looking nem tank. I plan on having 3 rocks with a different color BTA on each. There is only one rock at the moment, the other two will go on either side, one tall, pillar like-rock on the left and one medium height bowl shaped rock on the right. An normal oscellaris pair currently resides until I get the nems in and decide which designer pair will look best.

Lighting: AI Prime 16HD
Heater: Aqueon 50W preset
Filter: Currently stock filter sock but will be adding an intank basket in chamber 1
Flow: Jebao SLW10 and stock pump. I purchased a MJ Mini 606 that's still sitting in it's box but was fine with the stock pump for now.

No skimmer or ATO right now. I have a ghost skimmer that might fit??? But will probably just rely on water changes. I'll add an ATO eventually but I'm around enough for now to top it off manually.

I need a stand, it's on a side table for now.

I have some coral in there now to seed coralline mainly but will pull all of it out and will add a different encrusting coral on each rock that contrasts or complements the color of the BTA on it. 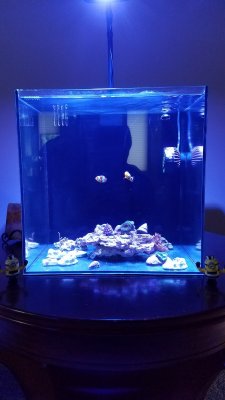 Got this one ready to go in, but it looks so happy right now I've been reluctant to move it. 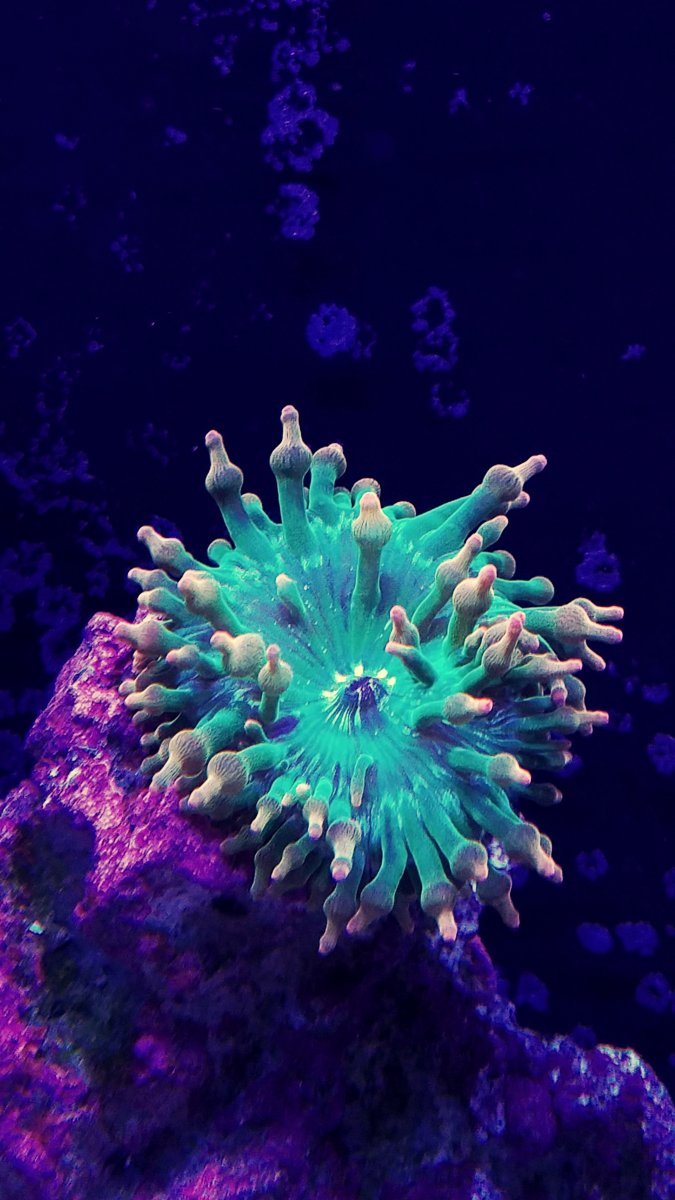 Cleaned up the tank a bit. Added a rock with nem. Pulled out middle rock to seed with coralline from other tank. Added a small mushroom rock from a local reefer, but it probably wont stay. 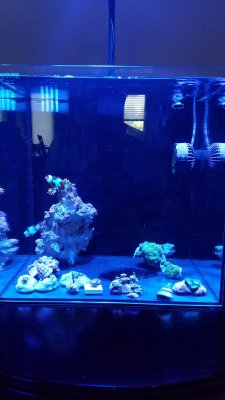 Added another nem/rock. Trying out travertine tile on bottom. Just one piece in now to test. 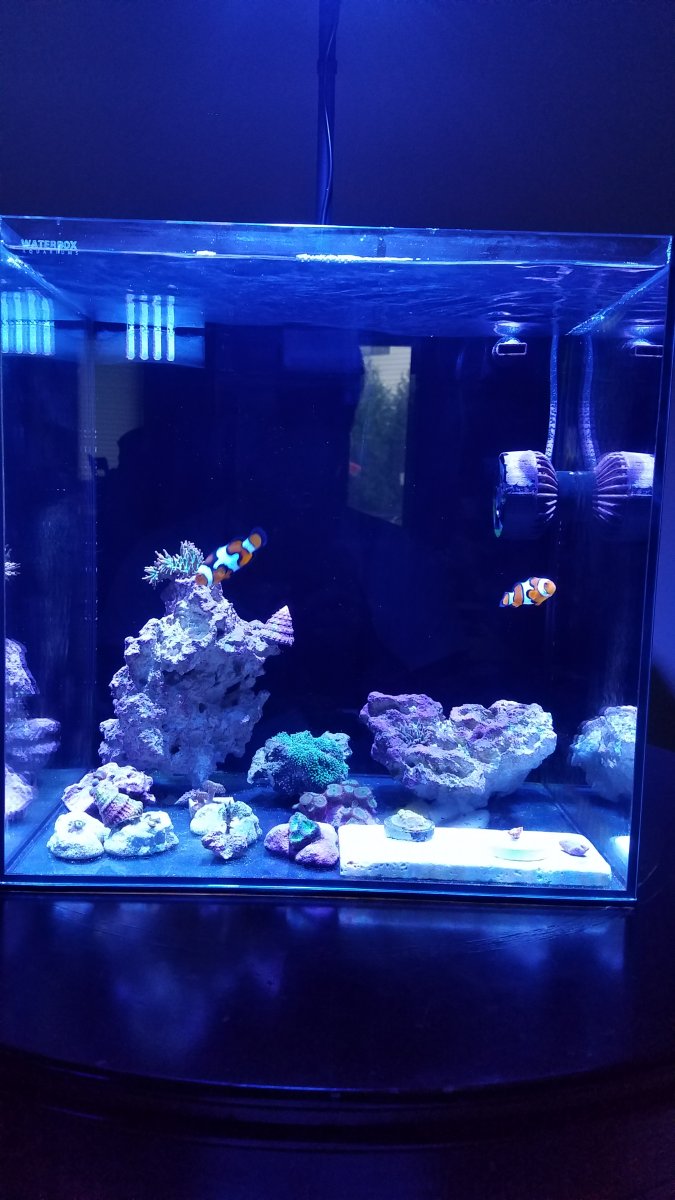 Just picked up a new stand/table for $15! 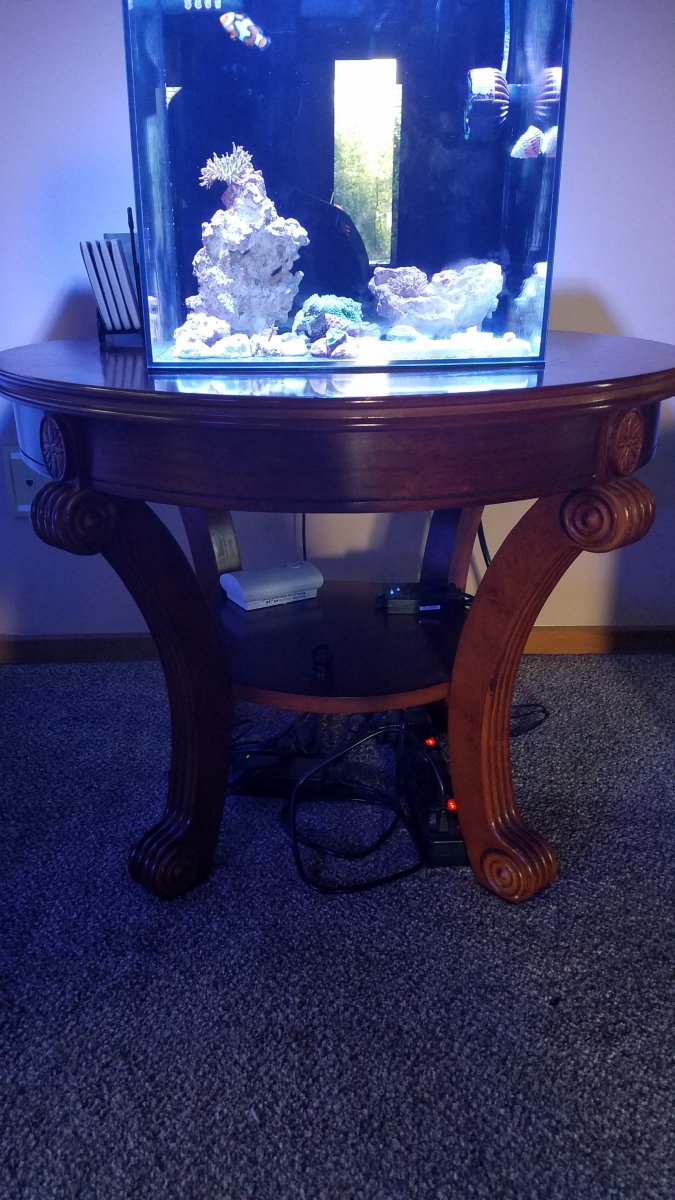 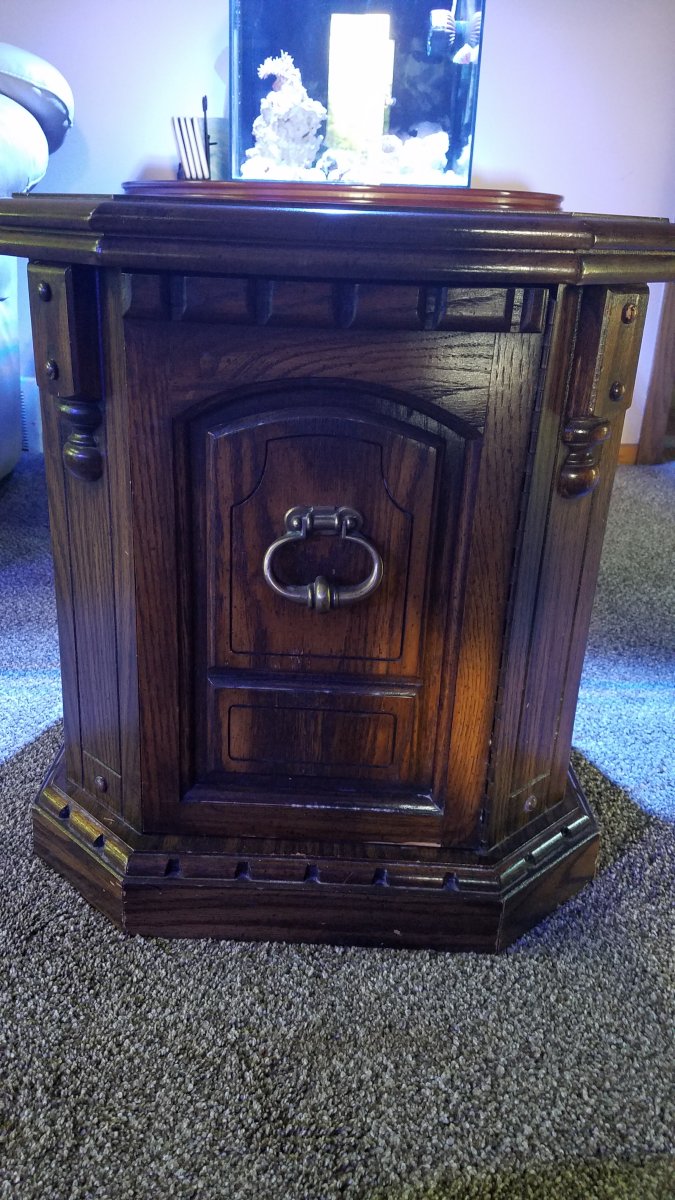 Been busy, havent switched out the stand yet, I'd really like to add an inch or two to the height of the stand and still deciding how to do it.

In the meantime, cant quit livesales so I had to pick up this IM25 Lagoon: 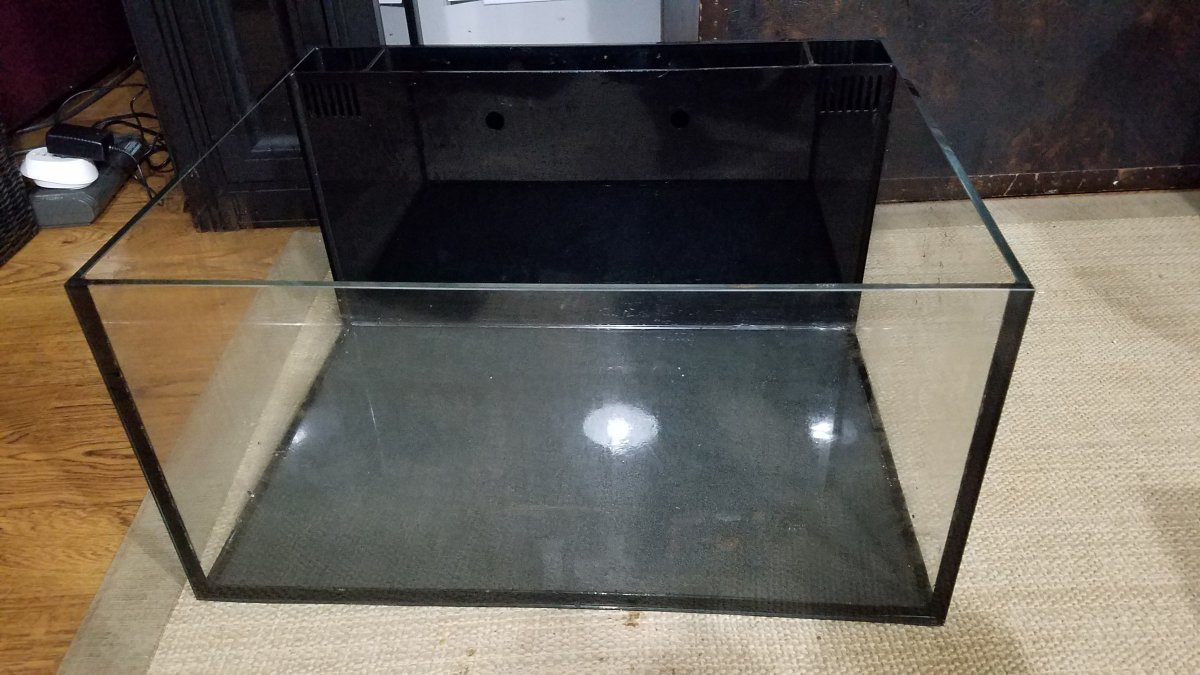 Set it up and 4 days later stuffed it full of corals from ARC. 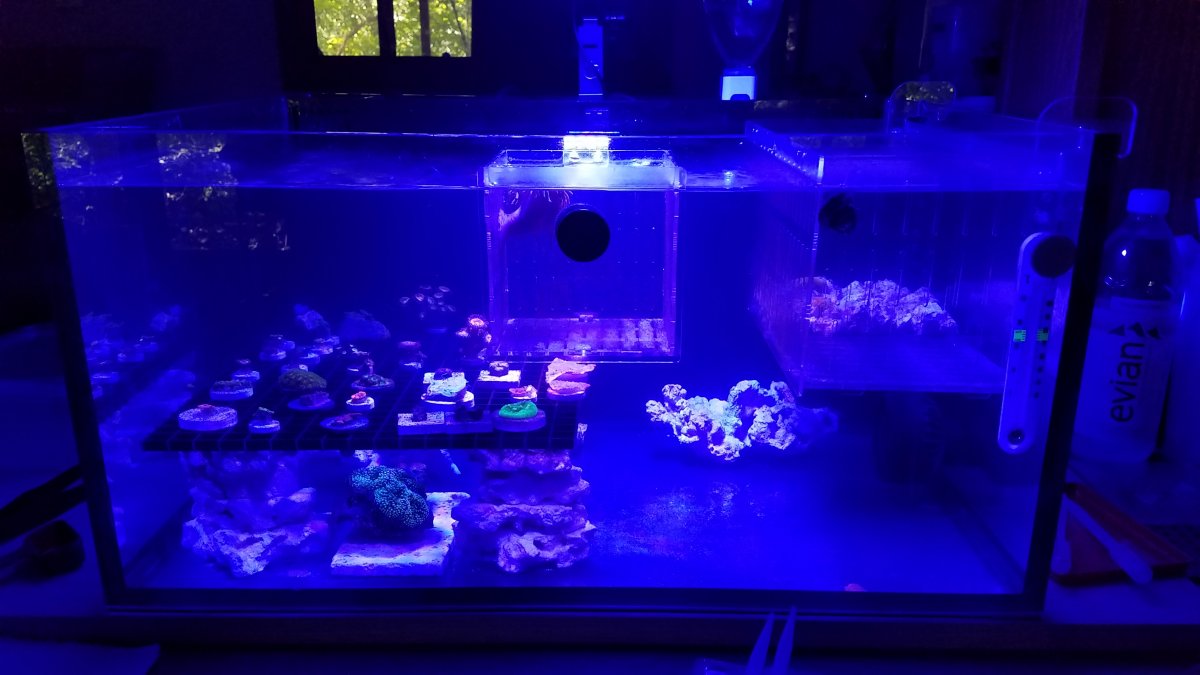 The original WB10 has become a utility tank of sorts. Right now I'm using it to raise a bunch of baby RFA's. It's a bit of a mess right now. When I transferred the 40-some 1/4" RFA's over, I also put too much Fiji pink in the tank so many of the nems were buried and couldn't stretch up above the sand. I removed most of it, but some remains scattered throughout the tank. Prior to transferring the RFA's over, I had started to coat the bottom with GSP, so that's still growing a bit as well. I'll clean it up a bit and take some pics this weekend. I wish I would have kept the RFA's in the PVC cup until they got bigger and moved on their own though. They were much more enjoyable in one big group.

Make sure to post your SBB haul here please!

I'll post it, but this little tank is for RFA breeding now, so it will be from a different tank!

Cell said:
I'll post it, but this little tank is for RFA breeding now, so it will be from a different tank!
Click to expand...

Wednesday at 1:19 AM
Susan Edwards