Hey all, so I had a post battling GHA.

I feel I am finally winning I'm scrubbing the tank once a week and it's getting less and less. But I have noticed as the GHA has died off I am getting alot of coraline alage and this unusual red alage, still no normal alage that snails can eat yet 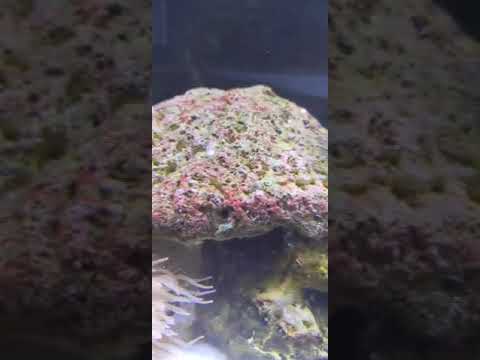 Hard to see what algae you're talking about, still closeups in white light would help. Coraline comes in a wide variety of colors. Could also be cyano. And there's some other read algaes that form films on rock but won't wipe off like cyano and dosen't form a crust like coraline.

Is this bubble algae?