have to paint a wall and move my XL525 before I can set it up.

Rating - 0%
0   0   0
Got the wall painted, got the XL525 moved and construction has begun. My neighbor and his two older sons helped move in the tank. Great people. Pics of the 525 move water still pretty stirred when I took the pic. 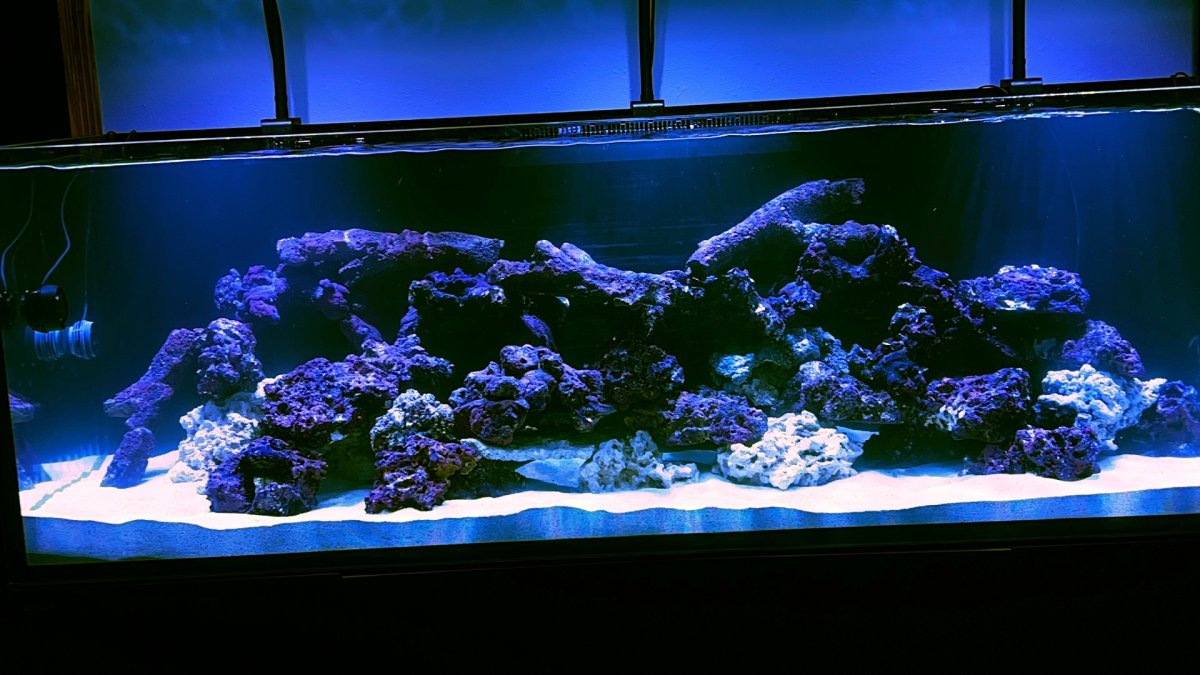 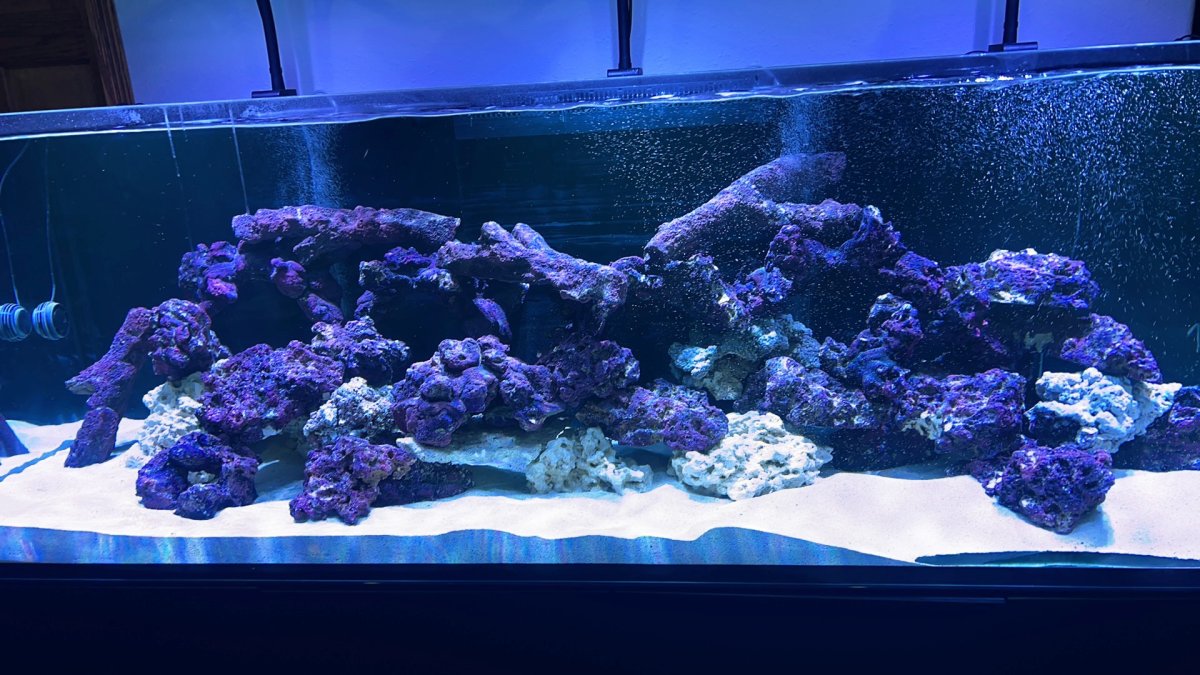 Around 8 this morning I added 10ml of ammonia to raise it to 2.0 according to calculator. At 10 tonight I tested between .8 and 1.5. Doses another oops 11mg wanted 8. Will test in 15 minutes to see what it reads and then see what happens by tomorrow night. Getting anxious for the cycle to end. Yea.

Rating - 0%
0   0   0
So last night we added our fish. Named the tank Heavenly, as it is housing our angels. Have a Passer or King named Elvis, a Xanthrus named Cellestial, Blue Koran named crescent, and an Emperor (oops no name yet), a red scorpion fish, a Miniatus Grouper named Cod (named it Hook because Peter Pan called Hook a cod fish but my daughter didn’t like Hook), and a Harlequin Tusk Fish named Romance (Now my wife cannot say there is no Romance in our House ). Left the lights off for 24 hours to let them settle in. Turned on around 7:30 and everyone fed nicely.
Now just to try and avoid the ugly stage. 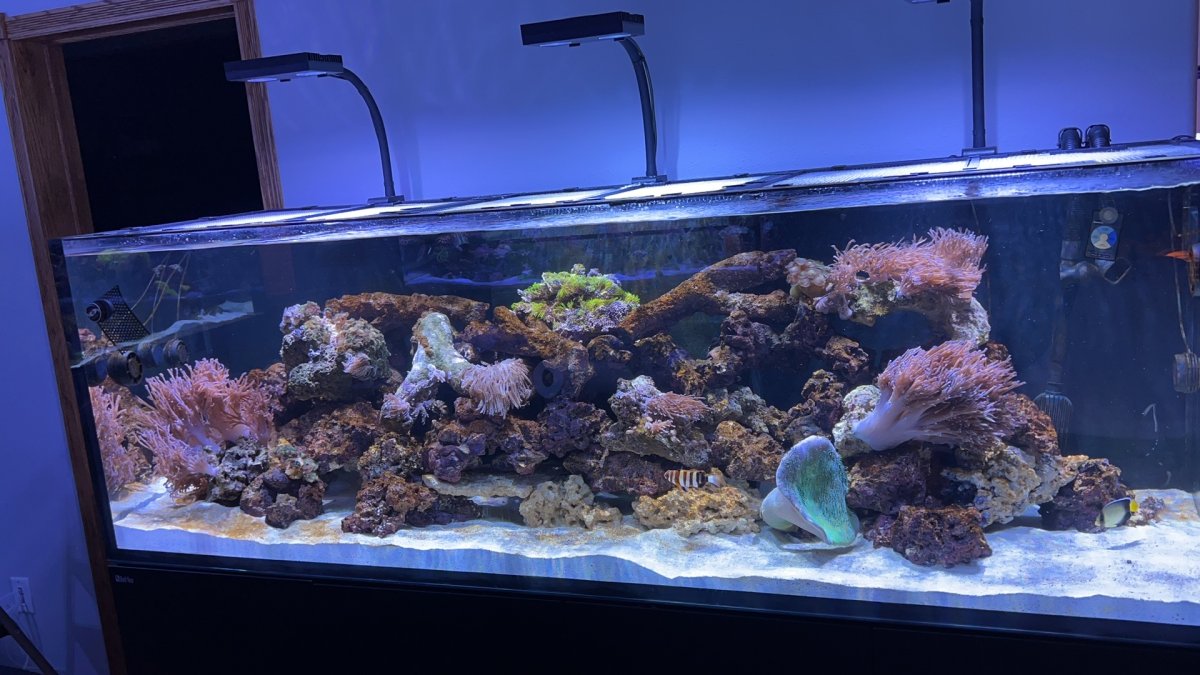 Brought my Salinity up over time. Added some softies to get that reef feel. So far all the fish are getting along. Little posturing for position, but no serious aggression.