Sonthe microscope just arrived, I'll have a look right after.
The ICP in the meanwhile was also done.
Result is strange for the MG as my salifert test kit does give me 1400 and i haven't done any water change since. 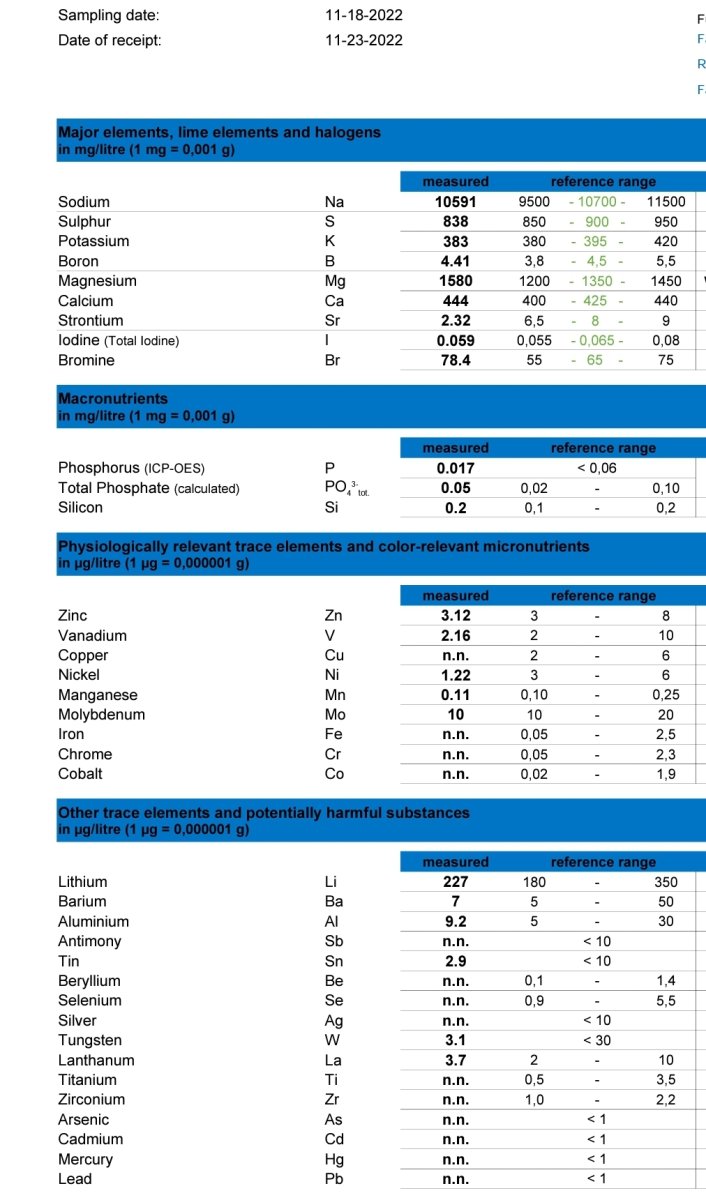 2 days ago I put my 36W UV right on the tank with a 500gph pump, a bit high it seems for that purpose.
I've ordered a 55w UV which should be enough in my case.

What do you think about micro bubbling while blowing onto corals/rock to get them floating to the uv/sump?
S

My initial impression was to lean toward parasitic pods. Tegastes/white bugs, red bugs, etc. The tissue recession pattern matches my experience with them. I never seem to get rid of ALL of them, but an Interceptor treatment (X3) seems to buy me a year or two without necrosis. Mind you, I have never actually seen a pod on live acro flesh in my systems. Maybe it is just a coincidence.

Anything is possible, but I'd be a tad surprised to find Ostreopsis in a mature tank with residual nutrients constantly present. Prorocentrum, sure. Anyway, the 'scope will tell the story. I clacked up an article on dinos that has aged fairly well. Treatment plans grouped by species. 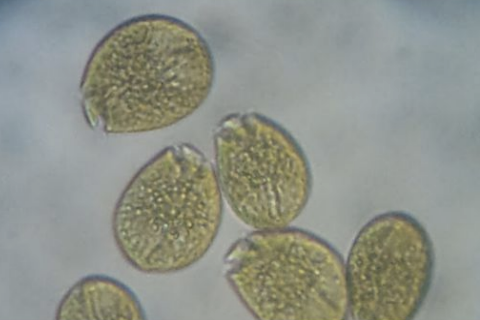 As the title suggests, this is intended as a short guide on what to do when you suspect dinoflagellates are trying to overtake your system. It is an attempt to boil down the protocols discussed across 11,000 posts in this "Are you Tired" thread...

Finally got something, i can see dynoflagelate and diatoms (pizza but very few also): 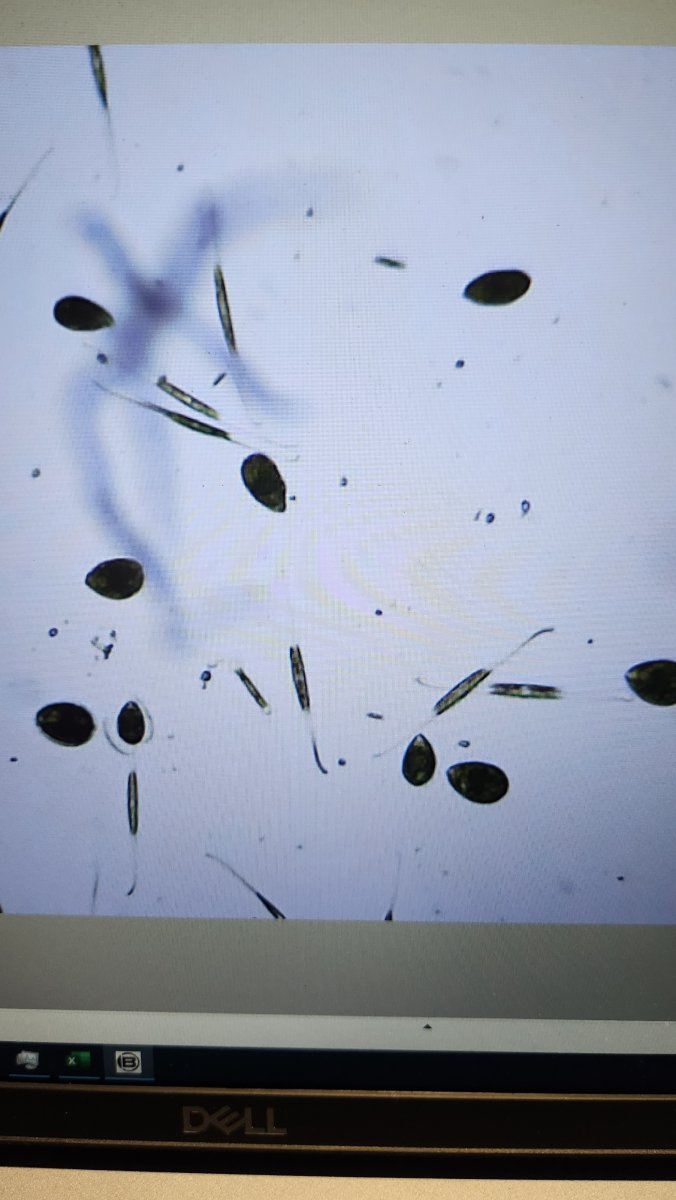 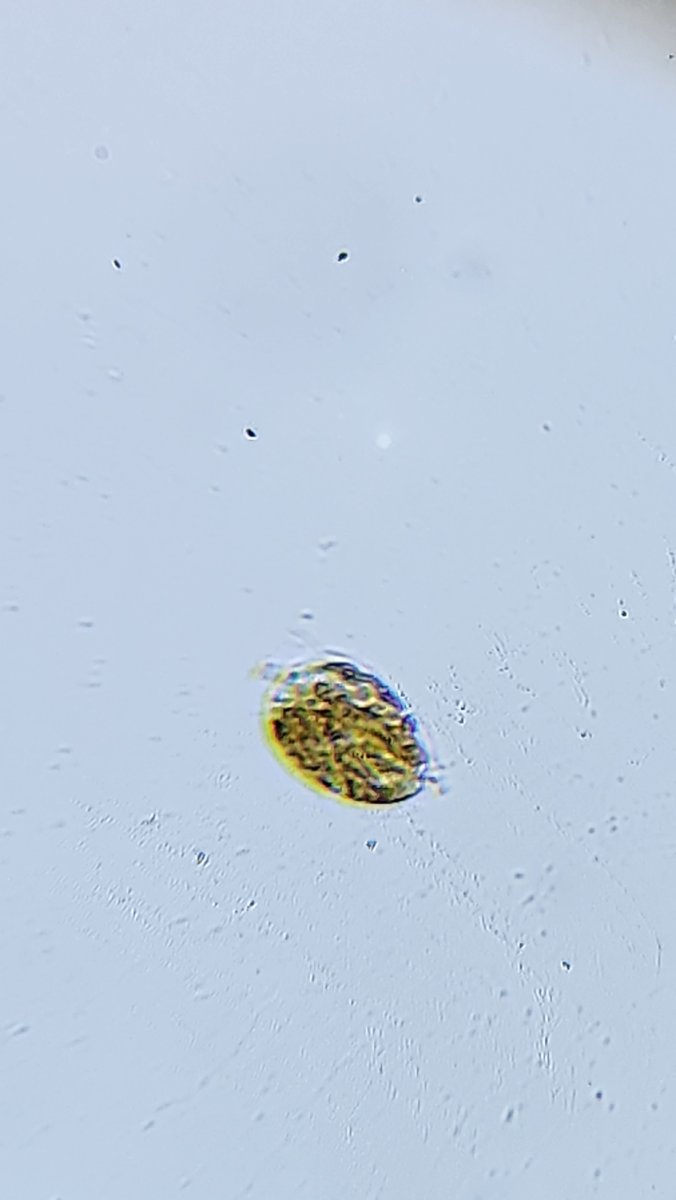 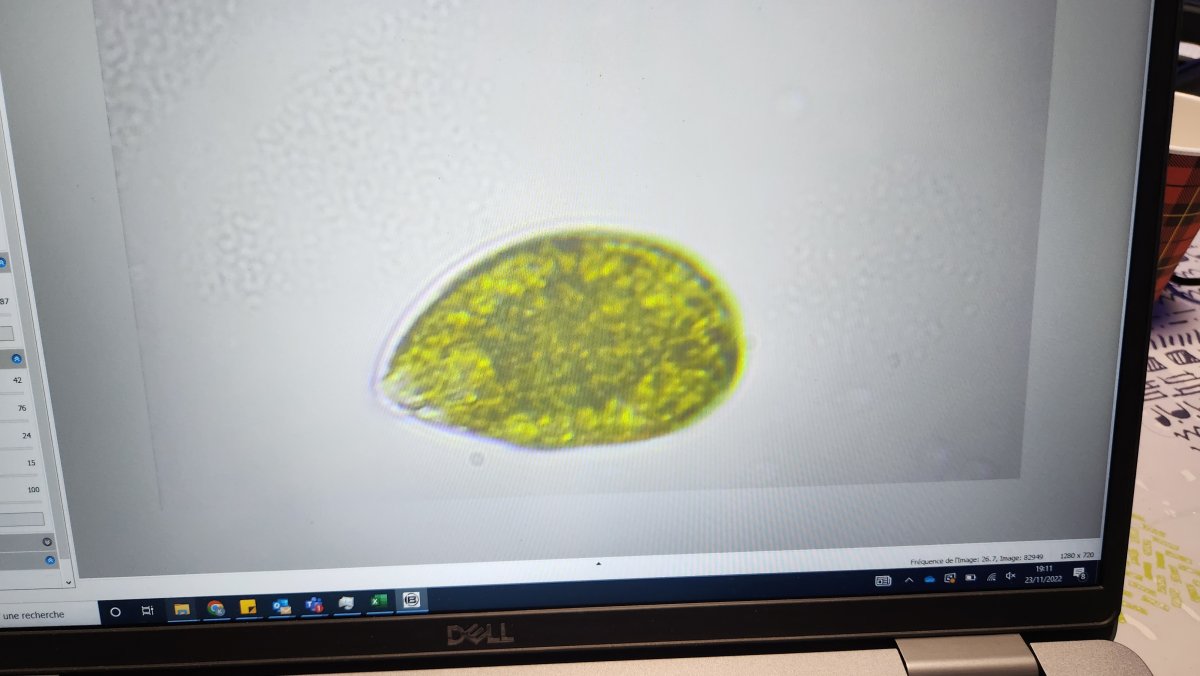 I saw many many many ostreopsis for sure,prorocentrum a little amount.
I'm getting my hand on the material, I'll bring some cleaner pictures later on.
One thing: sample was taken on a brown string on a tenuis that bleached about a day ago and that i blown on few hours ago, it's sitting on a frag rack : 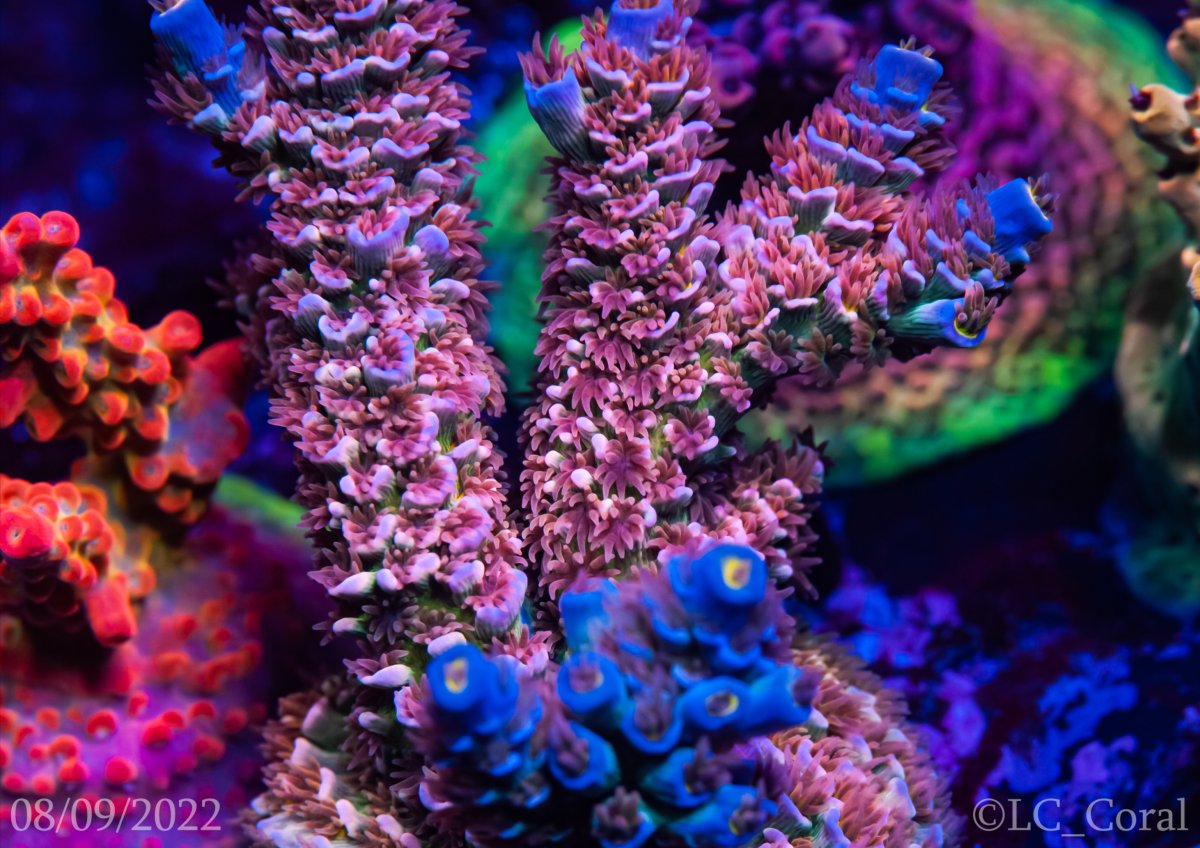 Yup. Ostreopsis. Are you running a ton of carbon?

The relationship between carbon and many types of these episodes is true! That has been happenning in my systems with zoanthids. I believe that not only the excess or sudden removal of some of the nutrients by he carbon, but also the stress of light change with the removal, when sudden. I strongly believe that the carbon releases some weird stuff in the water, used in the process of production! I have tried way too many types of carbon brands in my life, but I don't use any carbon anymore! The so called "bacterial infections" in my tank stopped at once when I stopped using activated carbon.

Also the excess of the administration of amino acids has been one of the things associated with some of my worse nightmares during years. I am a stronger believer in dosing aminos by hand only! I dose drops per week in my 75gal. and that is positive on the system! It does a boost on the zoas, but other organisms will take advantage of excess aminos, like bacteria and algae. Mike Paletta has been observing that also with some types of aminos!
There are too many microorganisms that play with attacking our corals and zoas. It's great to see some of the pictures here and remember things that have happened in my zoa system in the past. Many of the things I had in mind have been published here. Great thread.

I'll end this post saying that one of the best things we could do to avoid any type of "necrosis" (or the so called bacterial infection) is to quarantine the new stock for months without adding anything in that period to that quarantine. Setting up a system using only synthetic salt and dry rocks with bottled bacteria to start the main and the quarantine system. I think that is the only way to keep those pests out. Just the fact that we wouldn't introduce them is the simplest solution for the problem!

I am so sorry for the losses of your Acros!
S

The carbon is to absorb the large amount of palytoxin that the Ostreopsis bloom releases into the tank water. That and several other Ostreopsis-specific toxins are what leads to coral death. The carbon itself is not the cause of tissue loss but helps to prevent further coral death. Large volumes of activated carbon plus UV at night (when Ostreopsis is free swimming) and stopping amino acid dosing are the cornerstones of this treatment. It usually takes 2-3 weeks of doin this to stop the outbreak, although I would not restart amino acid dosing for quite some time.

sculpin01 said:
The carbon is to absorb the large amount of palytoxin that the Ostreopsis bloom releases into the tank water. That and several other Ostreopsis-specific toxins are what leads to coral death. The carbon itself is not the cause of tissue loss but helps to prevent further coral death. Large volumes of activated carbon plus UV at night (when Ostreopsis is free swimming) and stopping amino acid dosing are the cornerstones of this treatment. It usually takes 2-3 weeks of doin this to stop the outbreak, although I would not restart amino acid dosing for quite some time.
Click to expand...

Yeah, for the treatment. I was talking about regular use.
I understand the treatment needs to be followed as prescribed.
In other hand, in my opinion and experience, the presence of activated carbon has a negative effect when sudden infections happen.
Again, diagnostic is important, and in this case it's pat of the treatment.
I am traumatized by the use of activated carbon. I never had infections after stopping it's use in the regular basis and now I do more water changes to export nutrients and maintain water clarity in my zoa system. Because of that I also believe that the administration of carbon for such treatment could contribute somehow to the problem, depending on the situation.
Last edited: Nov 24, 2022