Ran into a bit of a hiccup that I did not anticipate and so now I'm at a bit of a impasse.

I have a Marineland 75g tank and matching stand. I had planned for a 40b sump. Now that I am trying to put the sump in the stand, I've realizes a critical error. The sump won't fit in the stand. After some measurements, both tanks are 18" in depth.

So, I'm stuck. How would you go about this? I had read about plenty of people having a 40b sump with a 75g DT so I did not anticipate the stand size. Are there other prebuilt stands out there that would hold a 75g tank? Or am I going to have to look at custom work? On the easier side, though probably same budget, should I invest in a smaller sump? 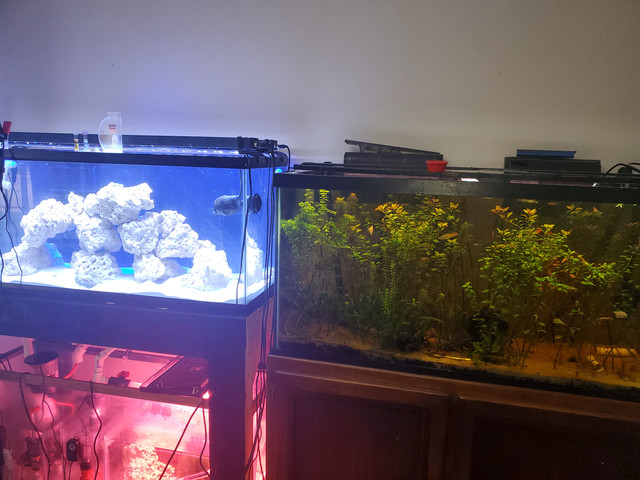 Need Help ASAP From Anyone With Aqualantis Elegance Stands