I dropped in a couple of nassarius snails yesterday to pick up leftover food. Watching them jump out of the sand at feeding time is pretty fun. Surprisingly fast moving critters. They burn a few circles around the tank until they decide all the food is gone and re-burry themselves. I'm looking forward to getting lights running so I can support some of the algae-eating inverts.

I also need to figure out what my next fish is going to be. Seems like most people figure out what they'll be stocking before adding any fish. I guess I'm wingin' it in that regard.

The clowns seem to be doing better with the flow. At times they swim like the dickens but don't make any progress. They tend to find dead spots and hang out there. Is that just a function of being tiny? I'm guessing they'll do better as they get bigger.

I got tired of the refractometer already, so I picked up a Hannah salinity checker which arrived today. Calibrated and tested my tank. 30PPT. Ruh roh. Calibrated again and re-tested. Same result. This actually makes since considering the Alk tests I'd done seemed low based on what the salt mix was supposed to produce. But I had been calibrating the 'tometer every time I used it, so not sure what could be going wrong there. Also checked my pre-mixed water. 30PPT. So I added some more salt. Now reads 34PPT. Better. I'll give it some more time and test again.

I suppose I could do a big water change to get the tank where it should be, but seems like a waste since nitrate and phosphate (got a Hanna for Phos too) are both still low. Only two tiny fish and two snails in there after all. I think what I'll do is fill my ATO reservoir with salt water and test daily. That should bring the salinity up nice and slow. I think I'll also take a sample to the LFS to test. Just to double check my work.

I also got a white worm culture going. Suppose it will take a while before it's producing enough to feed. I should have a few more fish and inverts by then.

I know the general advice is to wait a few months before turning lights on, so I just haven't bought any yet. Impatience is starting to get to me though. Plus I'd like to get at least a little algae going to support some more inverts or a grazing fish or two. I'll try to hold out, but there's a good chance I'll crack and buy lights in about two weeks.
OP
L

I ended up with a pink tuxedo urchin today. I guess I have an excuse, so lights are on the way. A pair of Radion XR30s.

I also ordered a small CUC of various snails and crabs.

Things are starting to get serious in the 75g. 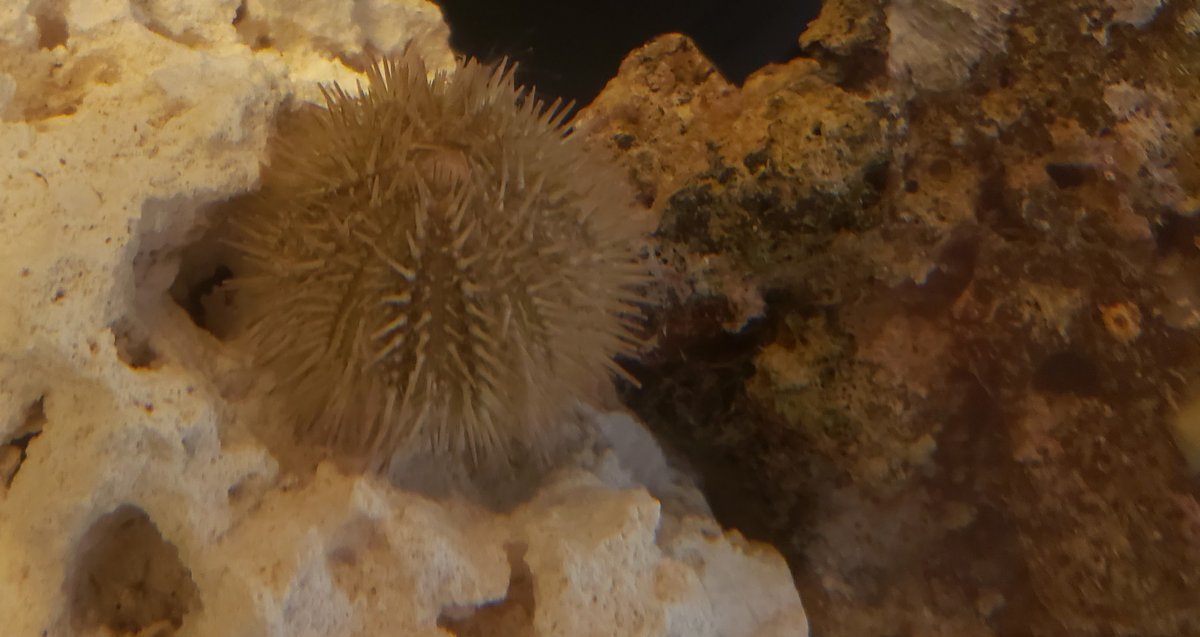 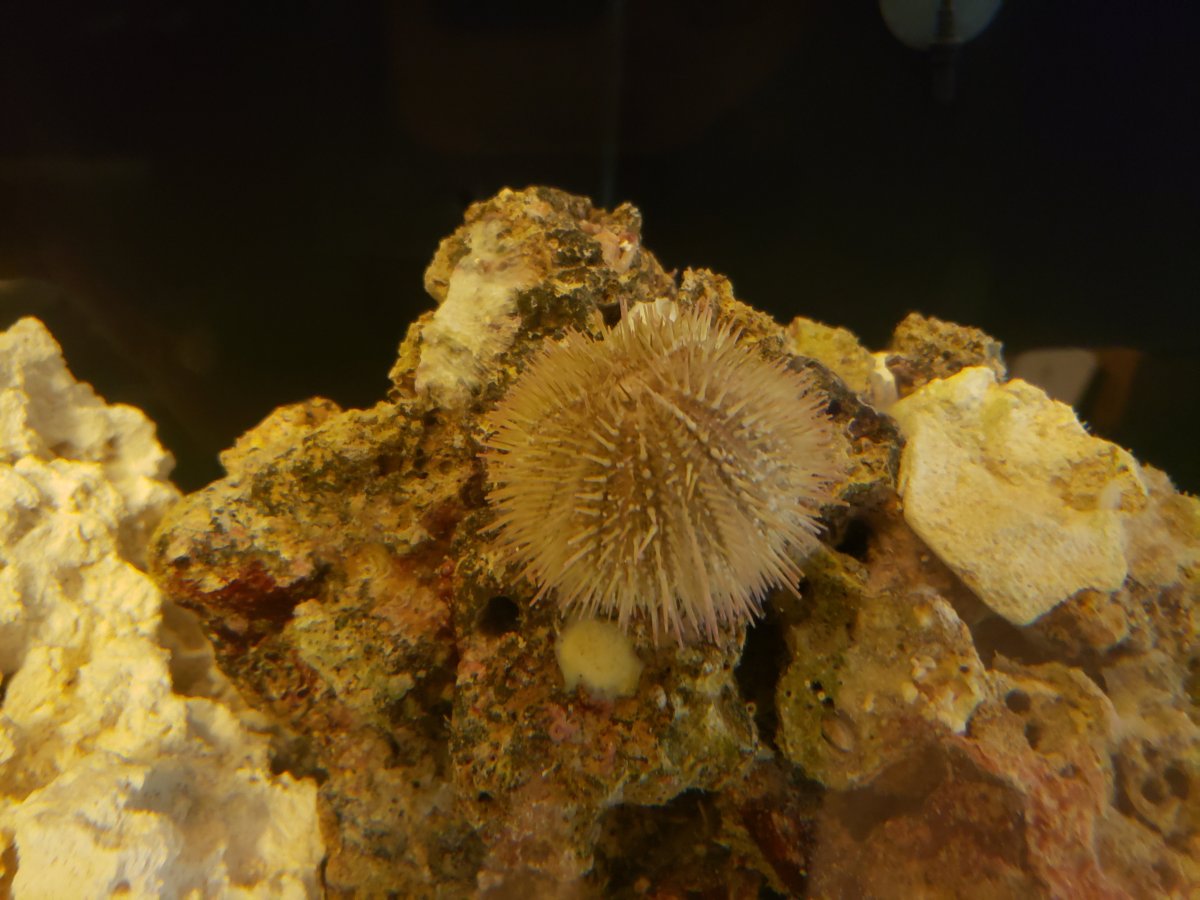 Cuc arrived and went in on 7/22. The emerald crab is fantastic. Have to look really hard for him though. But fun when I do spot him. The hermits crawling around the rocks and sand are fun too.

I was hoping to post a new FTS over the weekend after my lights were mounted. Unfortunately the hanging kit was missing two of the mounting screws to lock the bracket to the rail. They slide around pretty easy and the thought of the lights crashing into the tank in the middle of the night would be too much to bare. Ecotech support shipped out some replacements though. They should be here Saturday.

I need to get some more fish. I think I'll spend some time on Saturday checking out the LFSs. See what they have. Maybe I can even try out a Zoa once the lights are up?

Lukeluke said:
The emerald crab is fantastic.
Click to expand...

I’m in the middle of converting my own 75 gallons to saltwater so I enjoy reading your thread.

Are those reef safe ?
OP
L

Idech said:
I’m in the middle of converting my own 75 gallons to saltwater so I enjoy reading your thread.

Yep. As far as I know. Pretty common cuc member. Apparently great for various kinds of algae, cyano, detritus, uneaten food, etc. I'll get a picture of him next time he shows himself. He's a little shy. Picked it up in one of the 25g packs they sell at https://www.reefcleaners.org/ along with various snails and hermits.

I will say I'm not a huge fan of the tiny snails I got. They remind me of ticks, or some other kind of bug crawling on my rocks and glass. Paradoxically makes the tank look dirtier to me. Might change my opinion once the rocks aren't bone-white anymore though.

Lukeluke said:
I will say I'm not a huge fan of the tiny snails I got.
Click to expand...

For my 13.5 gallons I chose snails that could right themselves and were efficient at eating algae and diatoms, as I didn’t want to spend my time saving them.

I have 1 nassarius, 3 cerith and 1 trochus. For my 75 gallons, I’ll get a few more nassarius and maybe some trochus or fighting conch, I don’t know yet. I need to research if fighting conch can right themselves.
OP
L

Idech said:
For my 13.5 gallons I chose snails that could right themselves and were efficient at eating algae and diatoms, as I didn’t want to spend my time saving them.

I have 1 nassarius, 3 cerith and 1 trochus. For my 75 gallons, I’ll get a few more nassarius and maybe some trochus or fighting conch, I don’t know yet. I need to research if fighting conch can right themselves.
Click to expand...

Everything that came with the pack is able to flip itself. I think it's the Dwarf cerith snails that I don't like. Or the big ones for that matter. They're little specs all over the place. Love the nassarius snails and hermits though. Much more interesting look and behavior.
OP
L

HeYLoOkitzjOnny said:
I have a 60g tank and usually do 10g WCs. I live in Miami and while I typically just buy seawater from my LFS, I have the same problem with the heat if I have to store the water. To combat this, I keep a gallon milk jug of water in the freezer and dunk that in the can til it hits the right temp. It doesn’t take long to cool it from 88-90 down to 78ish. Make sure you don’t fill the gallon to the top so it won’t crack or pop when it freezes.
Click to expand...

BTW, I did a water change this past weekend. This worked great! Dropped two frozen jugs in. Took a couple hours to get the water cooled off, which was fine. Had a couple errands to run. When I got back it was close to tank temp. Easy peasy.

Love reading this thread, my first tank was a 55gallon with an HOB filter. I also love my emerald crabs, and reefcleaners. 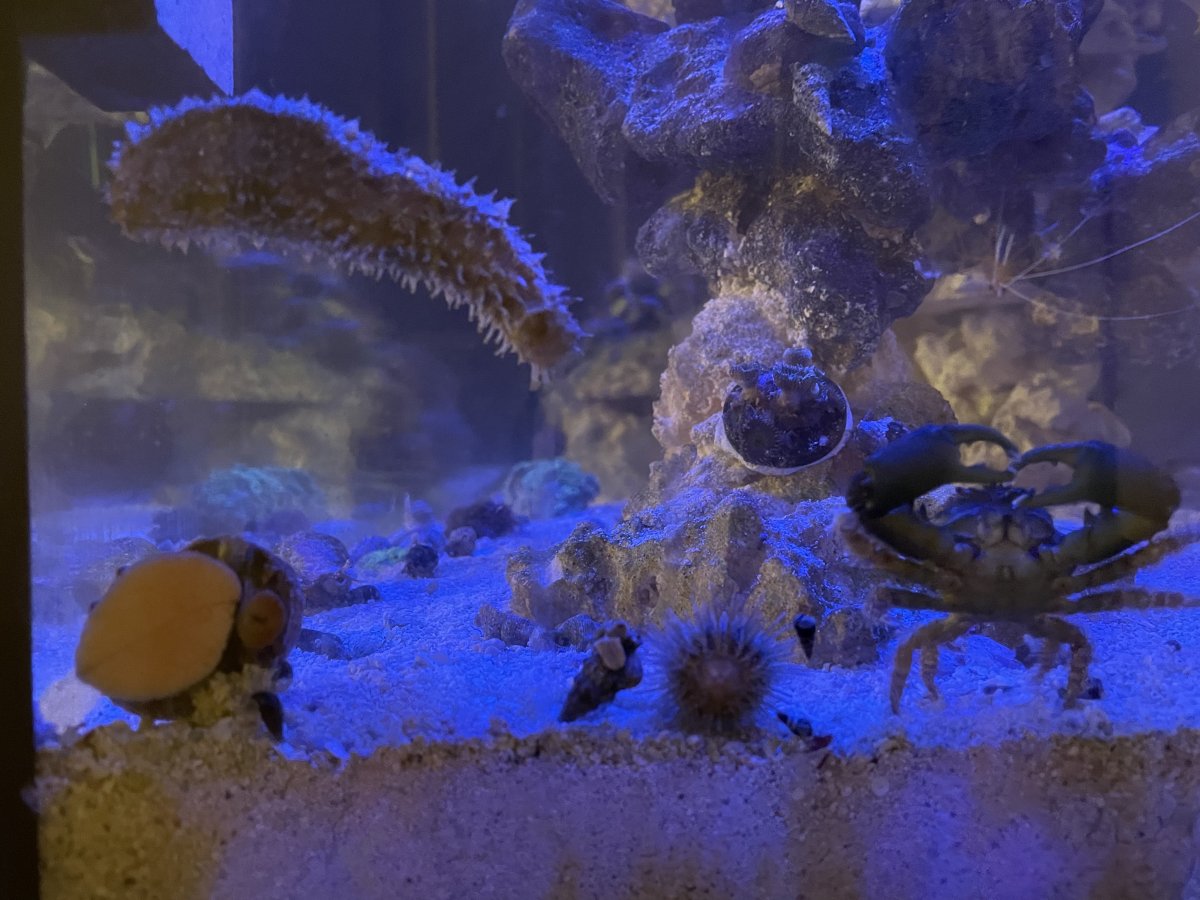 Um. So I think my urchin is eating my crab. I can't get a picture, but I can just barely see the urchin in a cave and a little crab leg hanging down. Can't see back there very well. Unless the crab died and the urchin is just carrying it around.
OP
L

But I did pick up a yellow watchman goby and a pistol shrimp. In the acclimation bucket now. 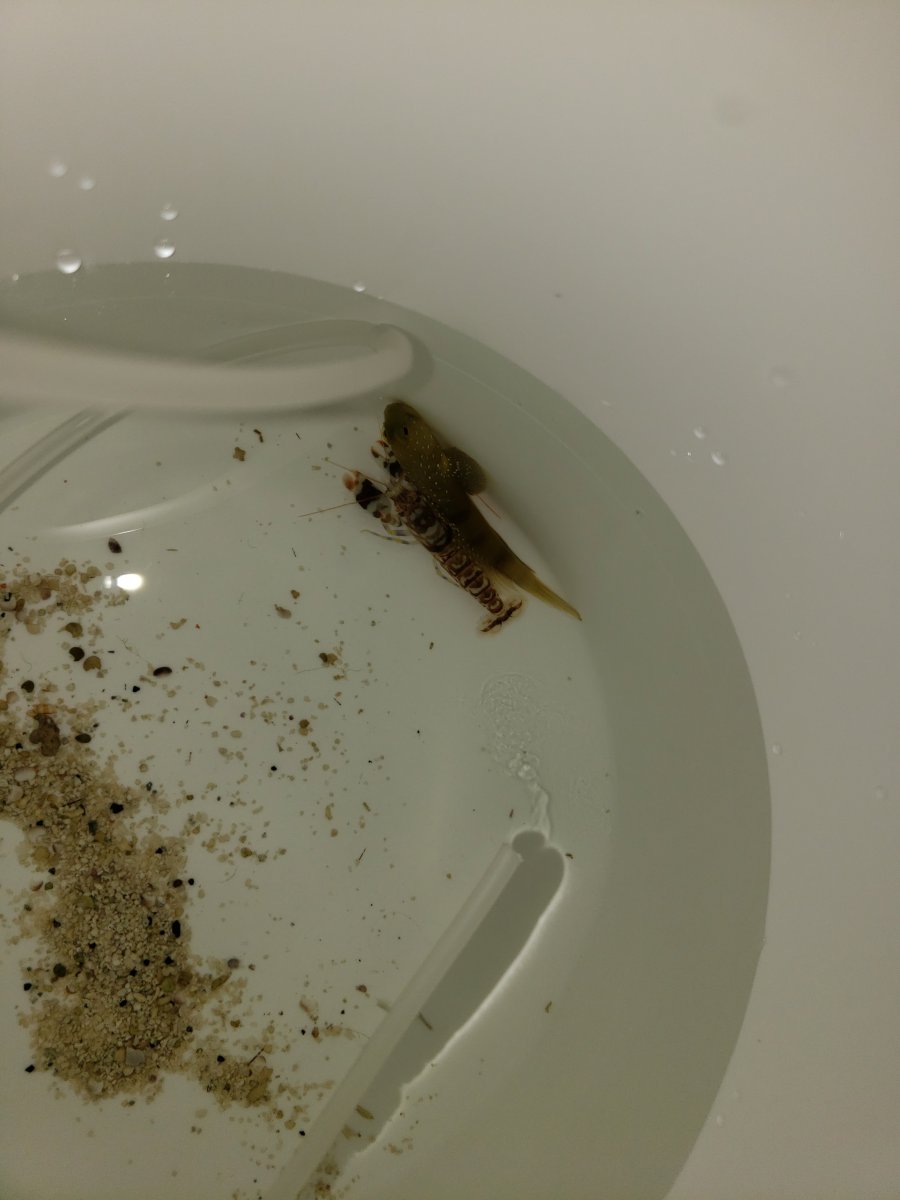 I was also kinda hoping I'd see the emerald crab again. Like maybe it molted and the leg hanging down was just it's old skin. No such luck. I'm guessing it died somehow, and the urchin ate it. Definitely have to try another one of those.