I got the kit from BRS, easy to assemble. Got it done in about 20 minutes by myself.

Well I had a very exciting weekend. I added a few more lives to my tank. The first and most exciting addition was a skunk cleaner shrimp. He has mostly been hiding on the back-side of my rockwork but I hope he'll get more confident as the days go on. A picture is below. Isn't he cute? 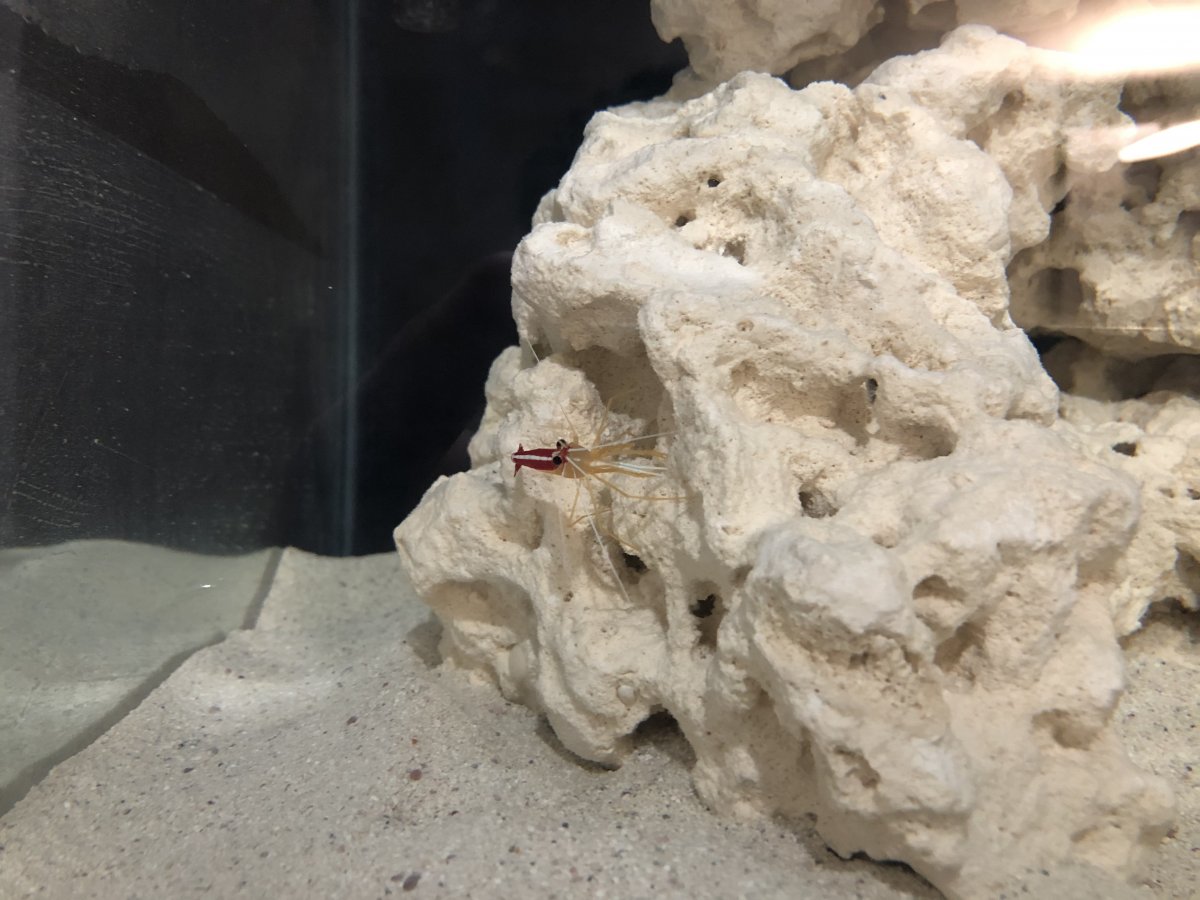 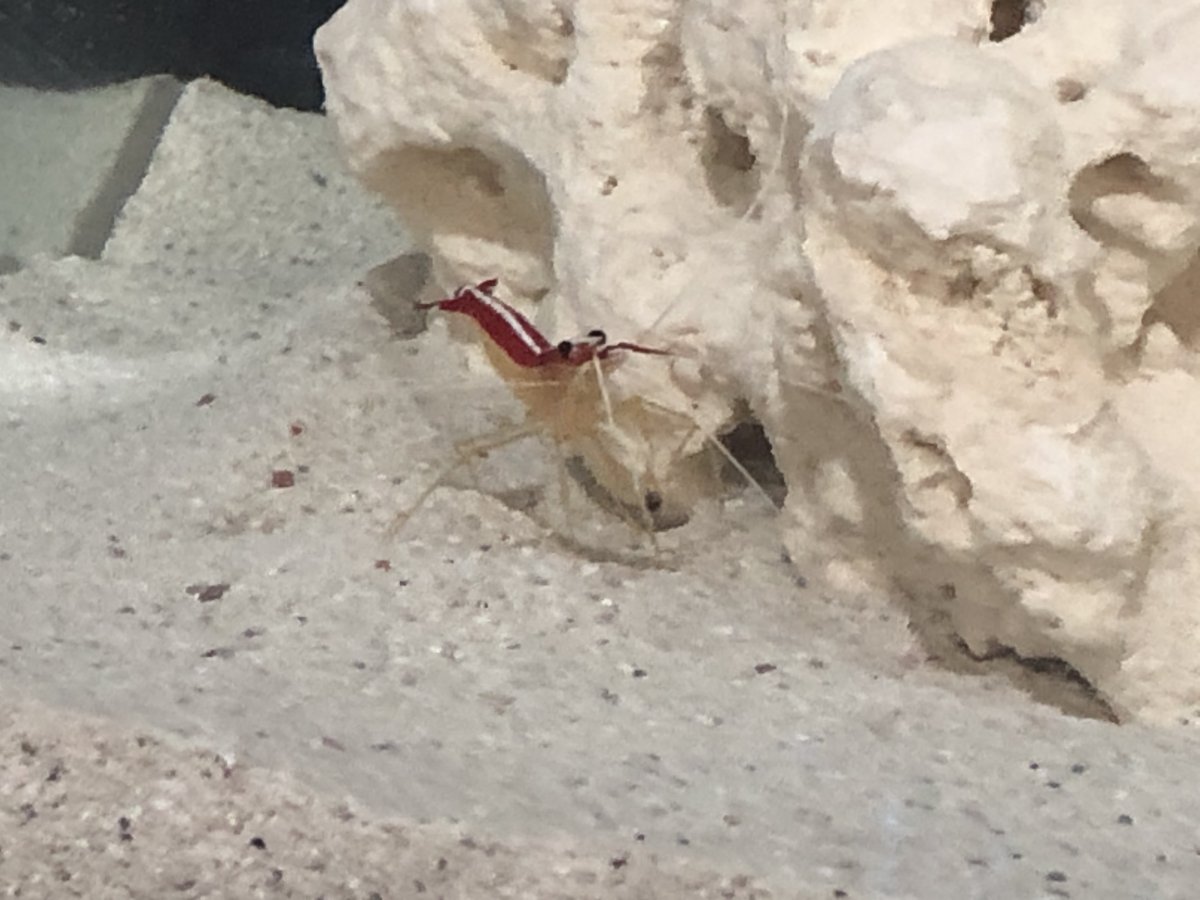 I also added my first clean-up crew members. I don't have any lights on my tank so no algae yet, but I wanted to get something to clean-up detritus. I went with 5 nassarius snails. They have been coming out when I feed but this last feeding they didn't seem as interested so I didn't get a great picture. Below is a picture of one that was at least thinking about coming out for a snack before deciding against it. I will post a better picture when I can get one. 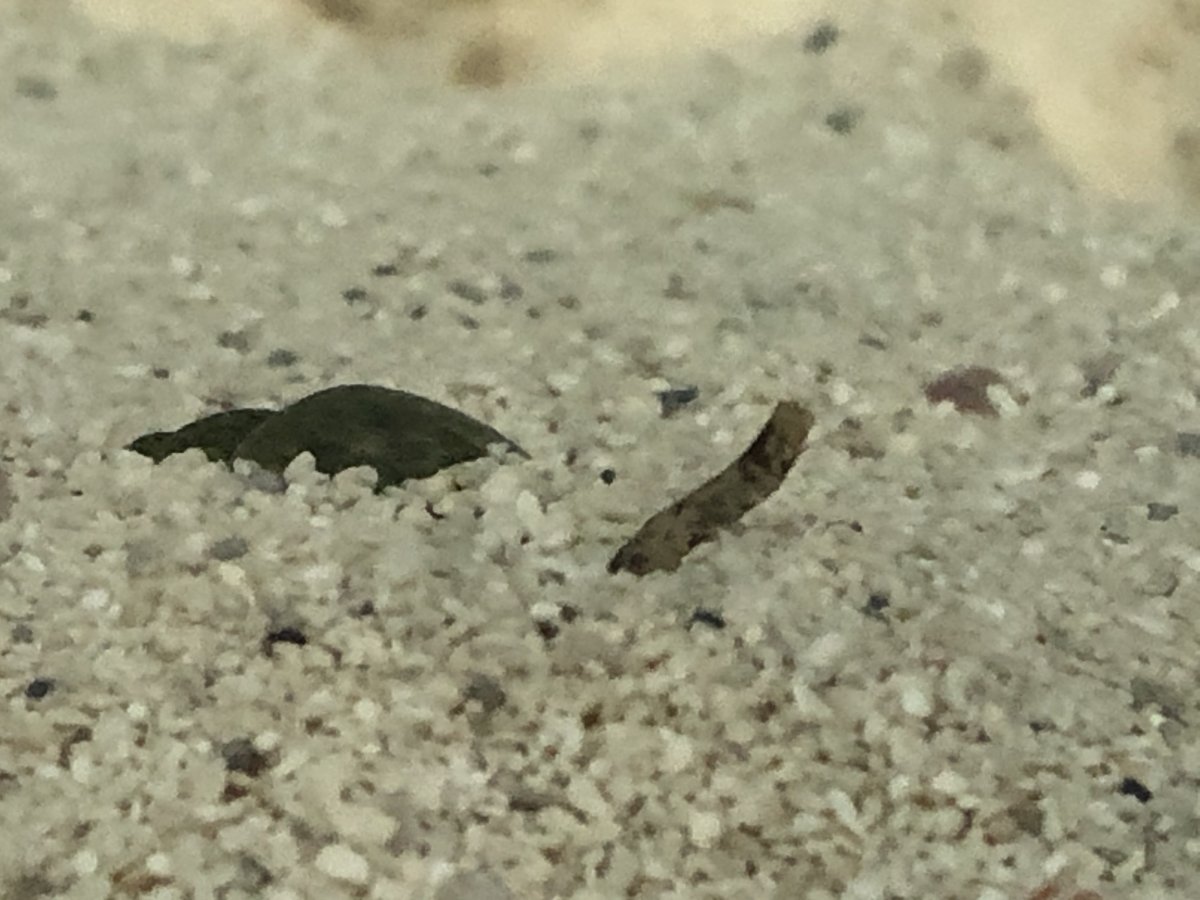 Lastly, in a prelude to bigger and better things later in the week, I got my refugium lights. They are just cheap grow lights off of amazon but they have 30 watts of LEDs and my refugium will be pretty small so I think they will work. I have an order in at algae barn for some red ogo. Once I get that, I will turn the lights on (they were on below just for the picture). Hopefully that will give me some decent nutrient transport before I get my main tank lights. 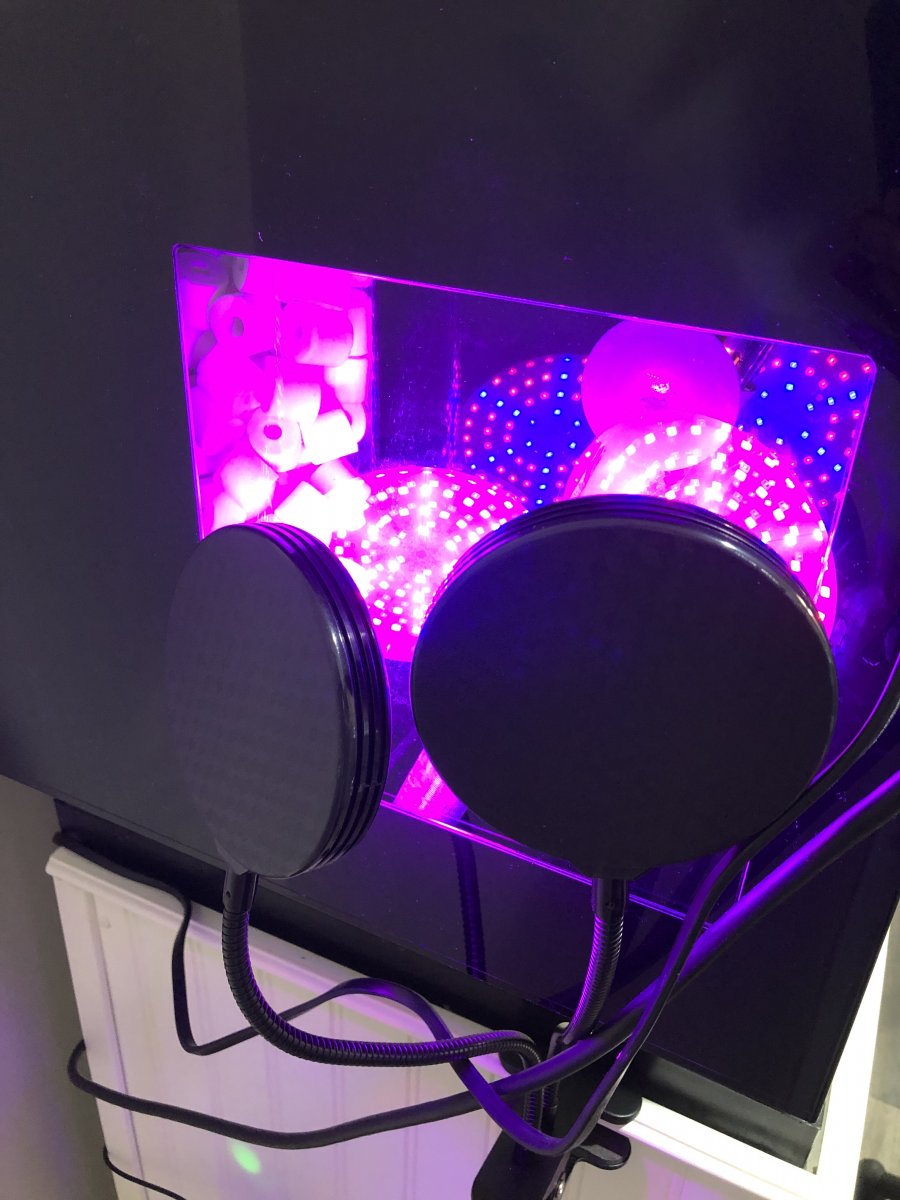 So overall a pretty good weekend for the reef tank. I can feel that its starting to come along now.
OP
E

Well today disaster struck...maybe. When I checked my tank this morning, I didn't see my cleaner shrimp in his usual place. I looked around and found his body at the opposite end of the tank. My nassarius snails were right there so I couldn't get a good look. Below is a picture of a snail on my shrimp. 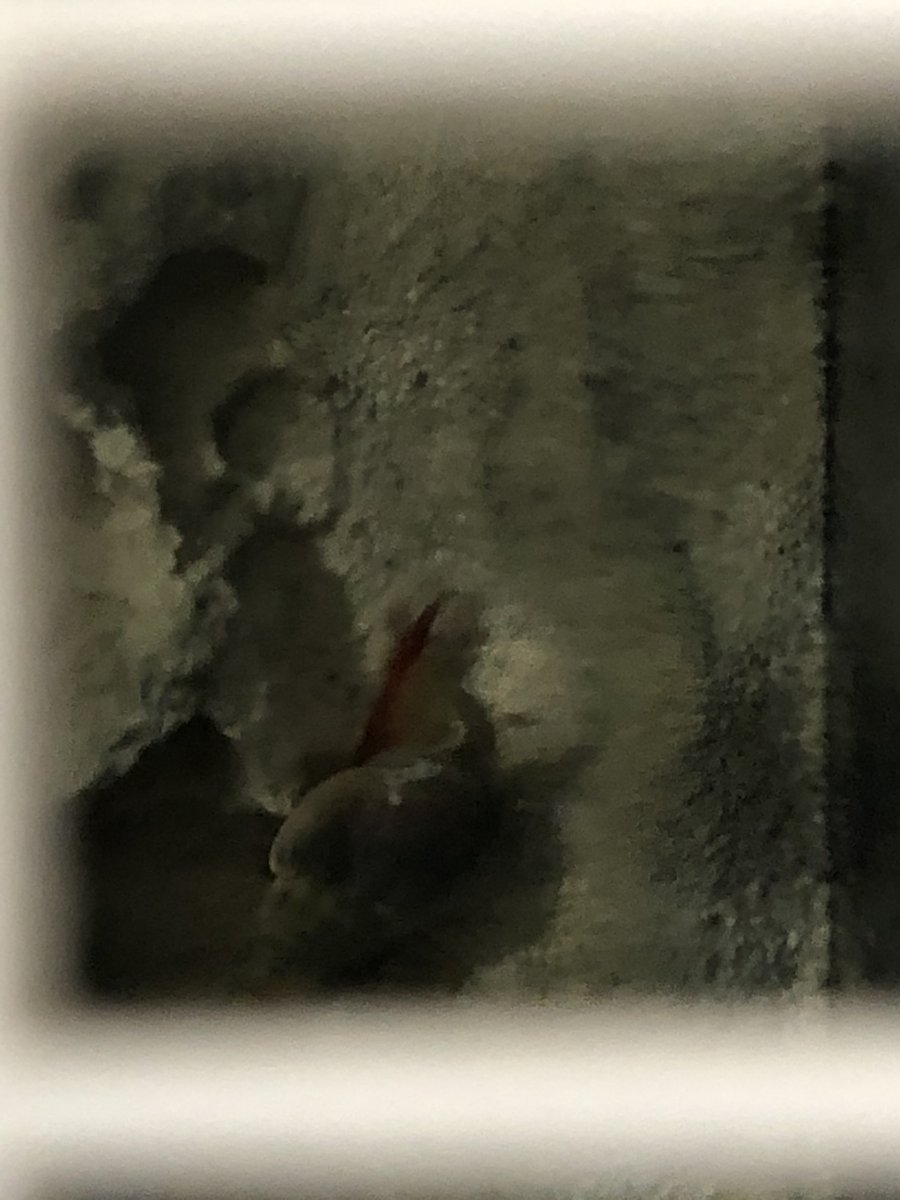 I pulled it out and there is nothing left but a husk. I am really hoping this was just a molt but I don't have high hopes. Its only been in the tank four days. I was carefully to drip acclimate him slowly and check salinity of that water vs the tank to make sure they matched. He was eating and moving around last night. But if it is a molt, he is hiding really well. I don't see him anywhere and its not that big a tank. Here's hoping that I see him back walking around in a few days. 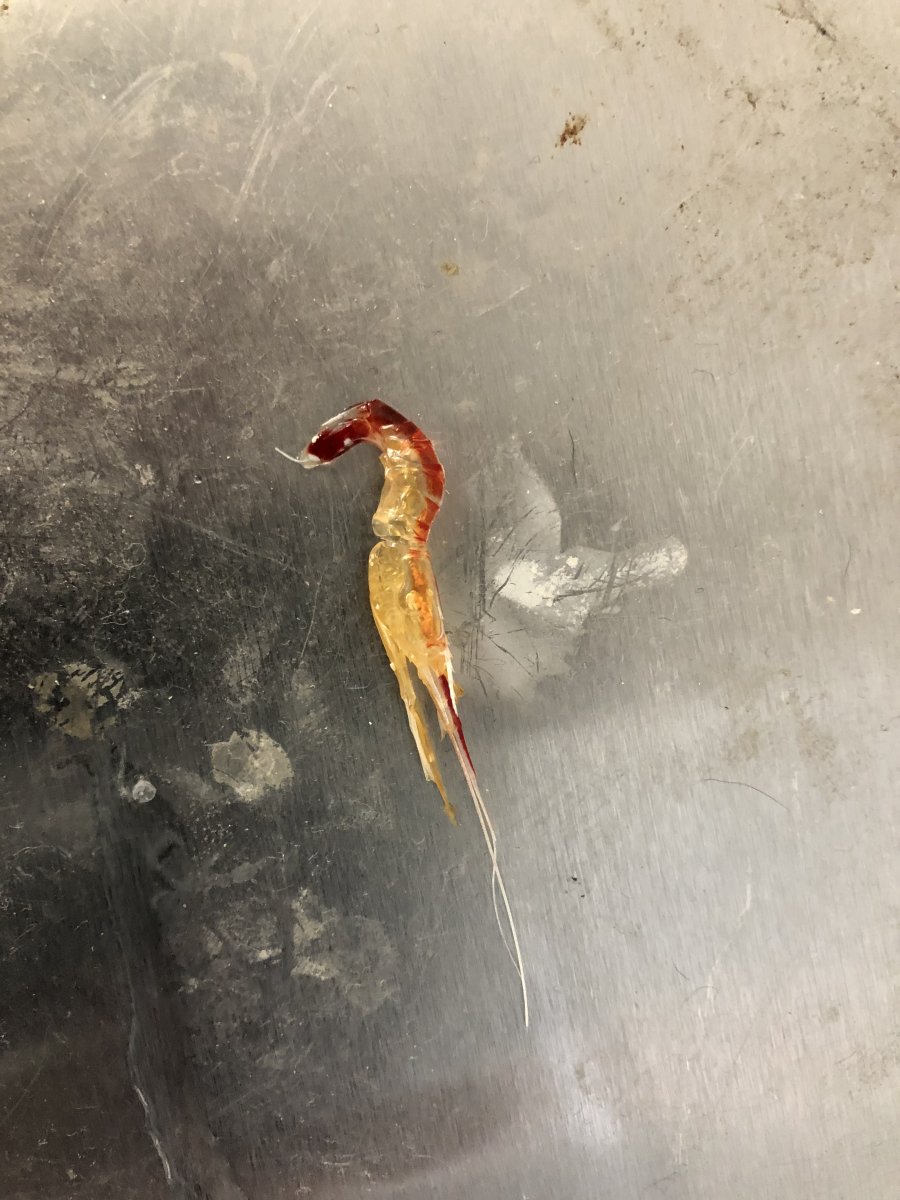 I got a new toy last week. An auto-top-off. I went with the XP Aqua Duetto. Its super tiny and the magnet was strong enough to work through the rim on my tank so I was pleasantly surprised. Its been working great and should add to my tank stability. 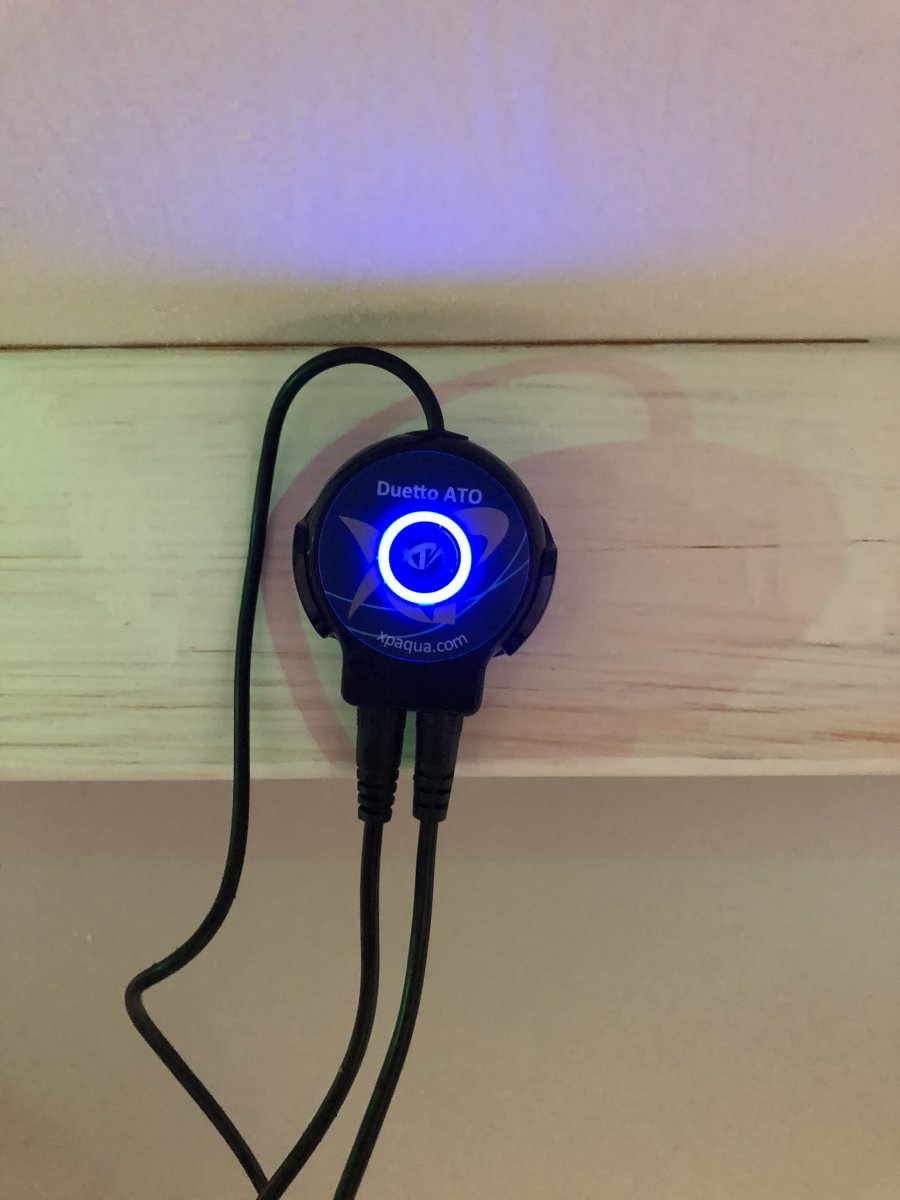 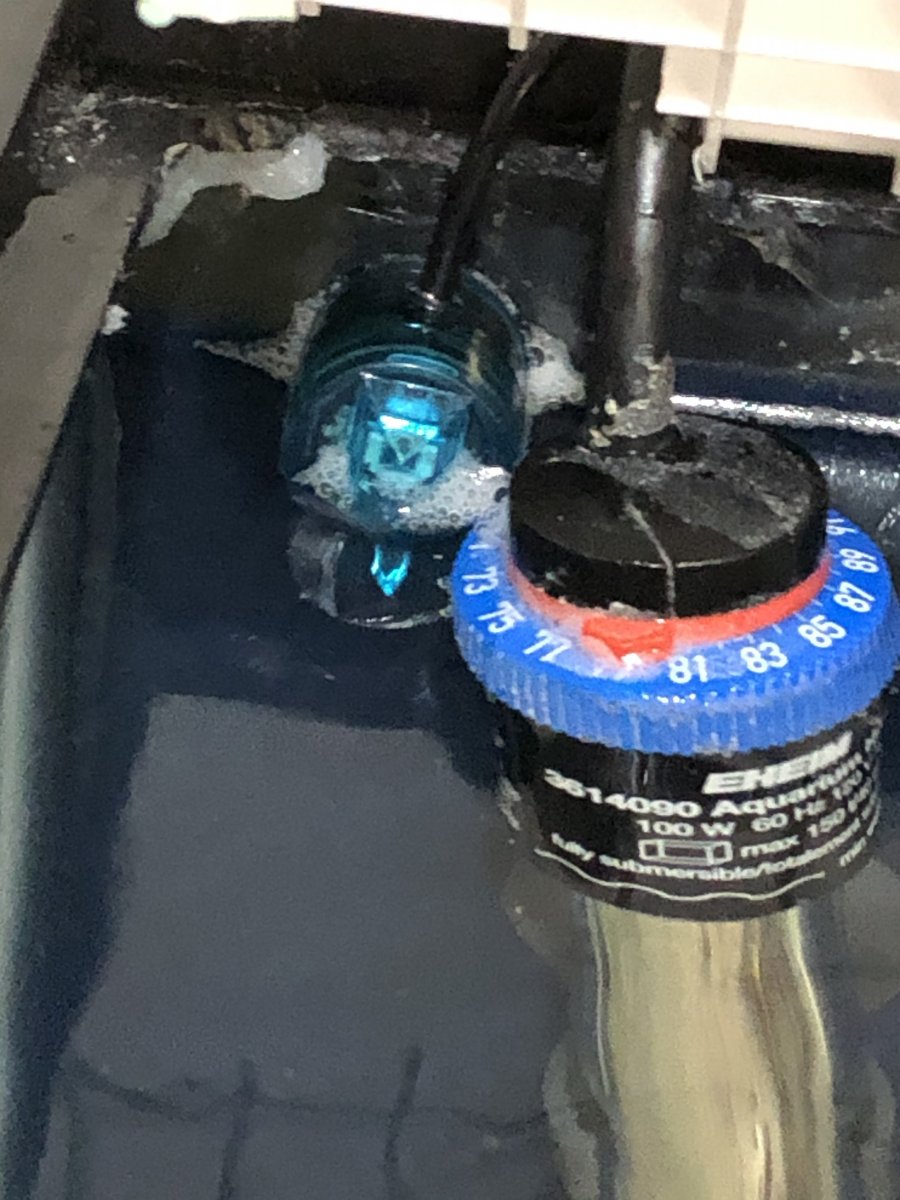 Sadly my shrimp has not made an appearance. I have to conclude that he did die. I was really hoping it was just a molt but I knew that probably wasn't the case. I guess I just moved too fast or didn't have enough stability. The snails seem to be thriving though.

I have another concerning development though. My tank is leaking

. It seems to have been leaking around the top rim where my filter is. I guess the pressure of the filter is warping the rim a little bit or something. So today I implemented my first shot at fixing the issue. For my water change, I took about 5 gallons out. Then I applied silicone to the inside of the rim. I only put back maybe 4 gallons of water so the rim is not exposed to any water. I am going to let the silicon cure and hopefully that will help when I put the filter back on. Cross your fingers.
OP
E

Well this is not going well. In addition to my tank leaking and my shrimp dyeing, now one of my clownfish has one eye that is cloudy. I am going on vacation so I don't have enough time to do the antibiotic treatment. She is otherwise healthy (active, eating well, etc) but I feel terrible. I am continuing to feed selcon soaked mysis and selcon soaked TDO pellets plus some Hichari algae pellets. I am hoping the diet is good enough to help her beat this eye infection.

Overall this is not going quite as smooth as I might have hoped. My water parameters are good at least. Algae barn has delayed my macro algae/phyto/pod order twice and I had to delay it further due to my vacation. I called customer service and told them I was concerned about nutrient export but they said my nitrate was too low to even grow macro well. I have 5 ppm of nitrate and 0.05 ppm pf PO4. If anyone has any thoughts on how much nutrient you need to start a refugium, I would love to hear. I was hoping the pod population would help with nutrition and overall diversity but I guess I am going to have to wait another couple of weeks on that. 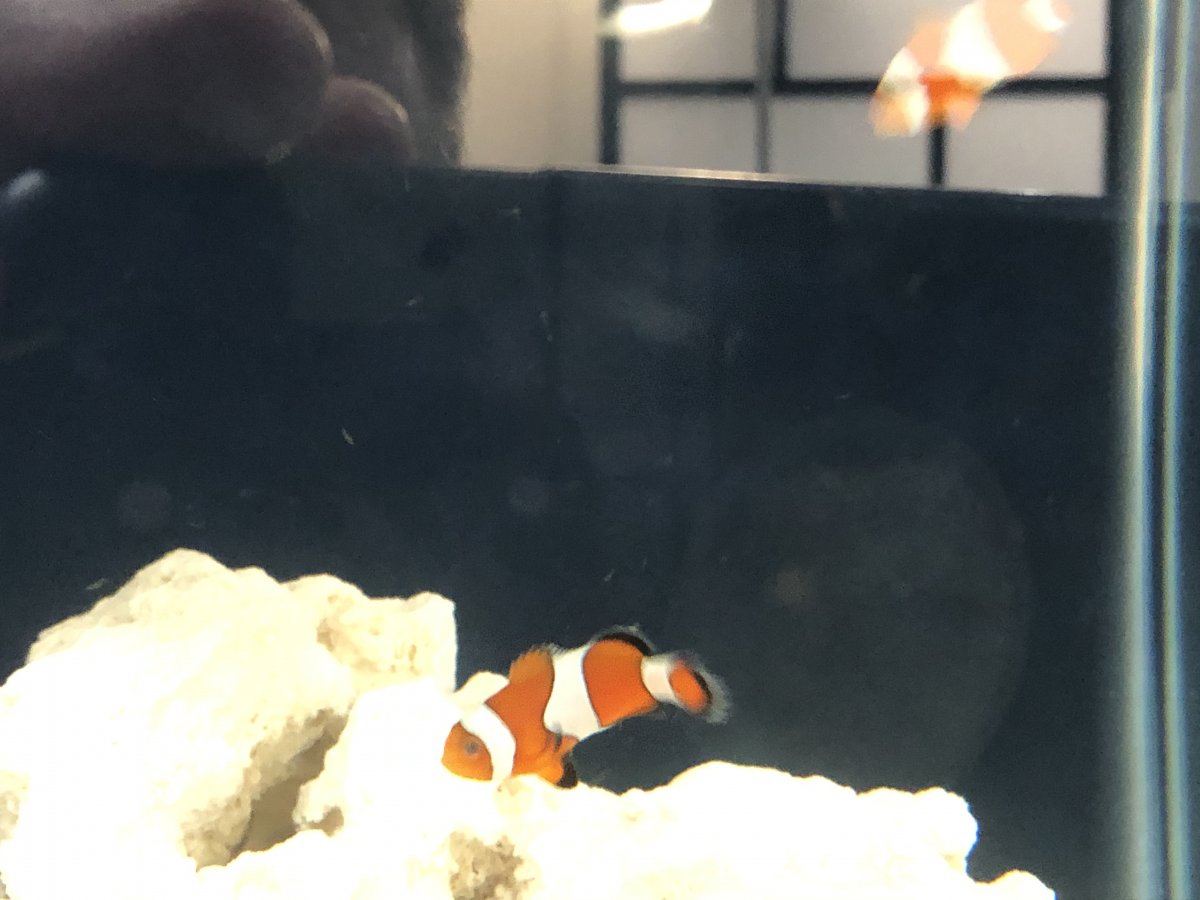