Status
This item has been sold and is no longer available!

I have 2 hydra 26 HD lights (Black) that were originally purchased with my Red Sea 425 Reefer Deluxe four years ago. About 2 years later I switched to the Red Sea Reef Led 90s. These lights were used less that 55% power for that time at about 11 hours a day. One light has a dented fin but does not affect its quality of lighting.

I am asking $225 for the pair and am not interested in selling separately.

The arm mounts were sold previously.

Attached is a photo of the dent 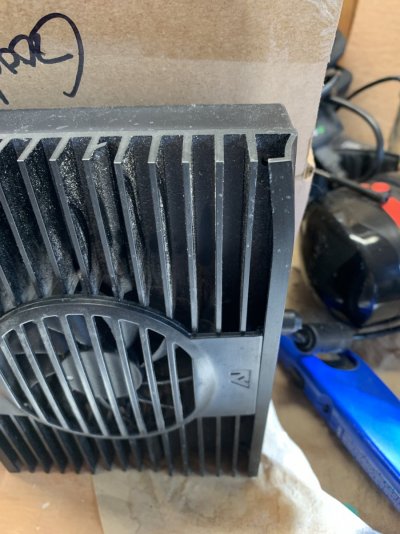 This thread is for the general discussion of the classified ad AI Hydra 26 HD. For more information about this item, please click the link or ask a question in this thread.

Please add to the discussion here.

I sent you a pm

Hi,Do you think 2 hydra 26 hd will be enough for 300 litres sps tank length of tank is meter
OP

Received the hydras they work well thanks for the great deal.