Are you proud or embarrassed of your reef tank?

revhtree said:
We talked about build threads yesterday and today I wanted to press you on something else I was thinking about pertaining to sharing build thread photos or just how you share your tank in general with others. More specifically how do you feel about your tank and does that play a factor in how you share it via photos on the forum or LIVE with people visiting your home. Let's talk about it!

1. Are you proud or embarrassed of your reef tank?

2. Does how you feel about your tank play a role in whether or not you share it with others and should it?

How about sharing a current photo of your reef tank in this thread?

Here is my current 400g, no skimmer, no water changes, no cleaning in well over a year. Just the glass. See how I'm making excuses??

I am officially neither proud or embarrassed. 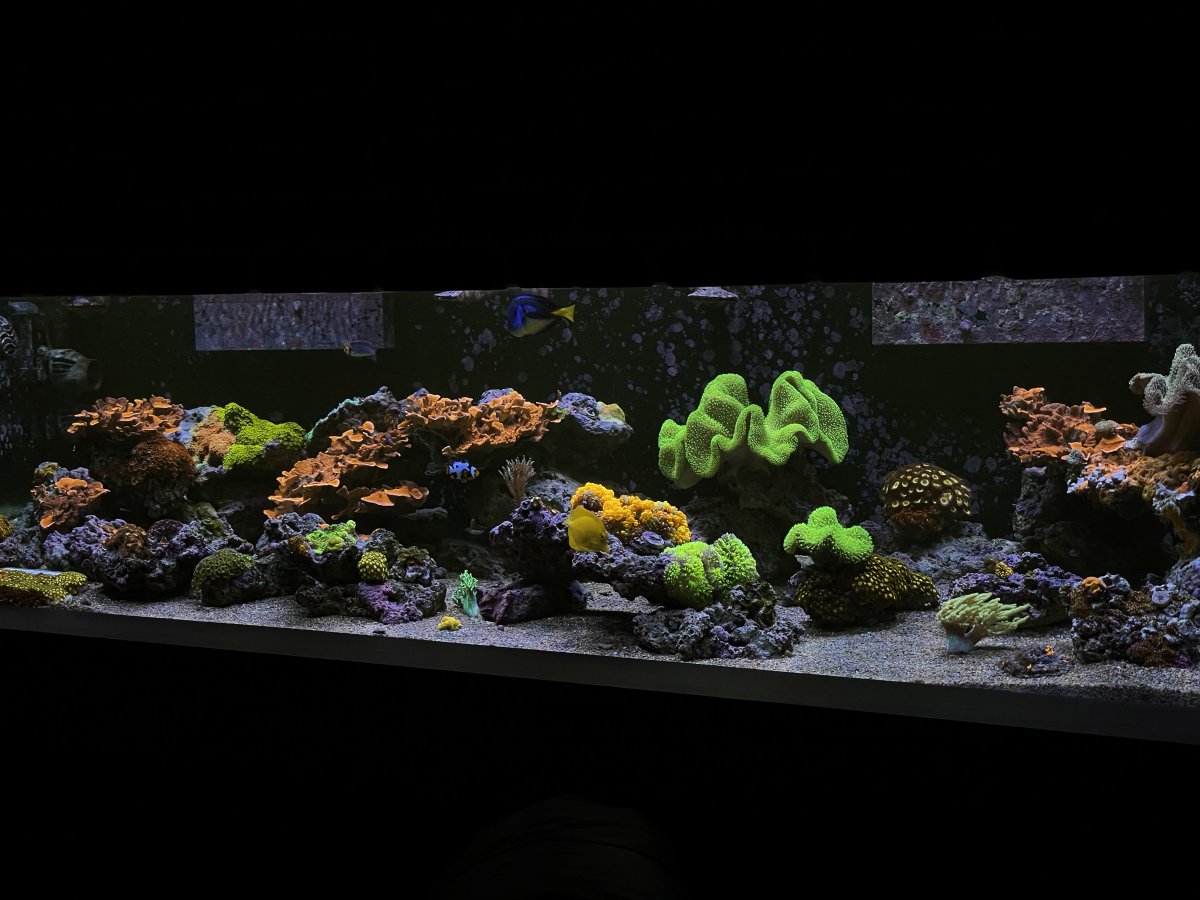 very proud of this soon to be “not my tank”

i’m starting a build on a 200g rimless. this poor baby has old tank syndrome and is soaked in phosphates and nitrates - time for a new start

Paleozoic_reefer said:
Considering the amount of money in my tank and it being in the living room where you can't avoid it , I'm kinda forced to be proud of my tank/salty jungle! 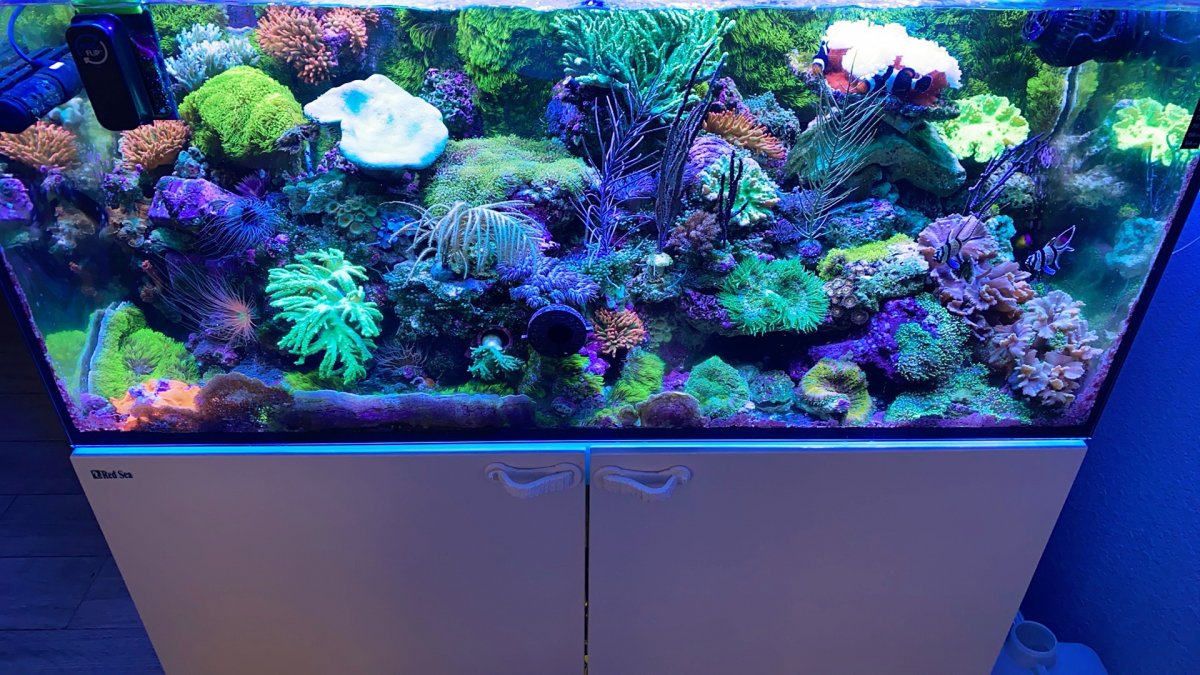 Great tank, do you also have fish in that beautiful reef too?

1. Are you proud or embarrassed of your reef tank?

My tank is still a work in progress. We just recently passed the one year mark but still getting surprises, most recently a spot of brilliantly colored cyano on one rock and some inconvenient sponge growth harassing some corals on another rock. But it's coming along. It's definitely light years beyond my first tank. I'm starting to like what I see.

2. Does how you feel about your tank play a role in whether or not you share it with others and should it?

It's hard to share the warts but sometimes sharing is an important part in fixing the issues or can even help someone else with the same issue so I'm trying to be better about asking the stupid questions and sharing my fails. I'm sure nothing happening in my tank is totally unique and someone somewhere has either had it happen, has it happening, or will have it happen! 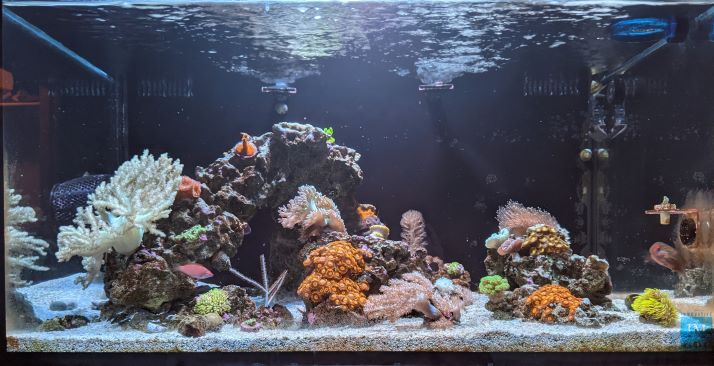 Pretty proud of my tank.

Once in a while I have a loss or outbreak of some type of pest algae or bacteria. But, four and a half years in, it's only been the last year or so that my tank has finally stabilized and is thriving. I think part of it was I had my lights (3 x LED, 4 x T5 Hybrid) too close to the water and wasn't getting a good light spread. I now have the fixture 13" off the water, and is doing great.

Another thing that I believe has helped with all my coral, but especially LPS and softie growth, zoas specifically, is dosing/target feeding Amino Acids 2-3 times a week. In February, my open brain coral had started to detach from its skeleton, and I was sure was going to die. After dosing 1-2 ml/2 x week, not only did it reattach, but has grown significantly. Some Zoa colonies have tripled in size since then, and I've had significant growth from my SPS.

Yesterday's October Photo: (Brain Coral lower right, green and blue Zoa colonies in middle, Red Setosa and Orange Monti Cap in middle. Xenia grows like a weed; I frag and get ~$125/mo in credit from my LFS). 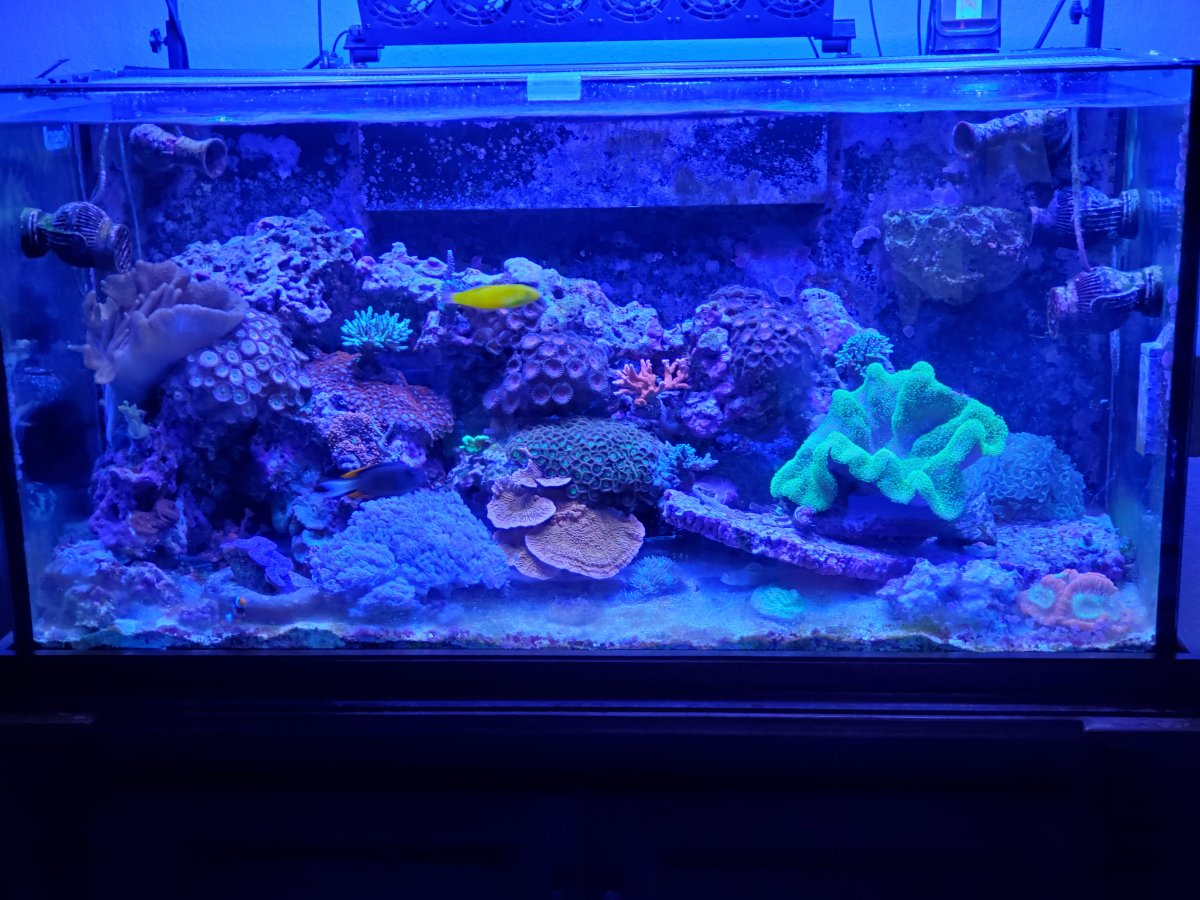 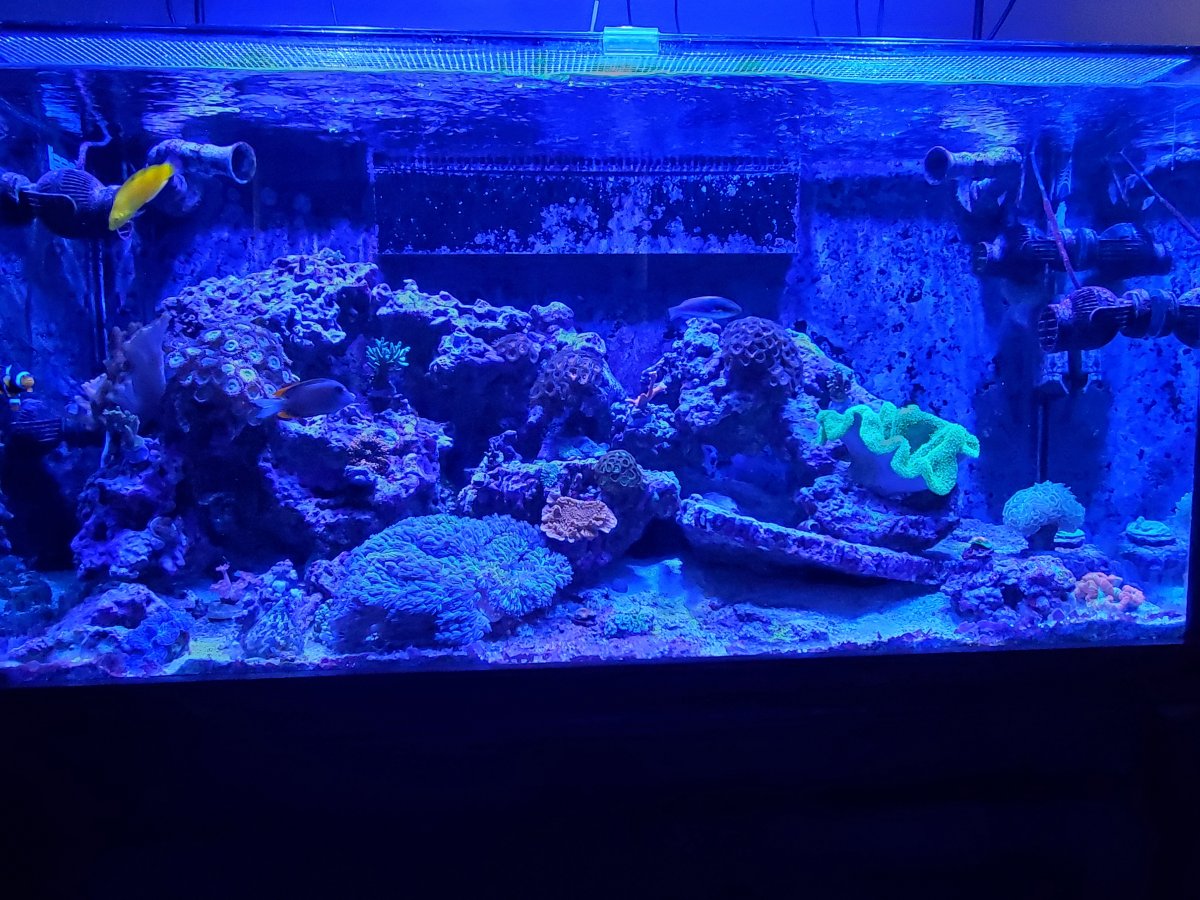 I'm proud that I'm able to get coral to grow. Fish are easy I use to have fresh water. I'm embarrassed cause cause fish and coral keep dying randomly. To the point I'm about to break it all down

I’m kind of proud of my tank. Buy not satisfied. I have plenty of softies , which are doing great. My parameters are right on, but I would love to keep acros which always seem to die off. I have a stylo and some birds nest, which are growing , but acros never seem to do well. A long slow death.

I’m proud of mine! With the budget I have and with my limited experience, I think I’m doing good.
M

1. Are you proud or embarrassed of your reef tank?
I am proud of the tank because I built my own tank which was quite the undertaking. Its 1100 gallons 10' x 5' x 36" Right now the tank is balancing out and dealing with Phosphates but its only had water for a few months now.

2. Does how you feel about your tank play a role in whether or not you share it with others and should it? I love to share so that anyone wanting to do their own build can learn from my experience. 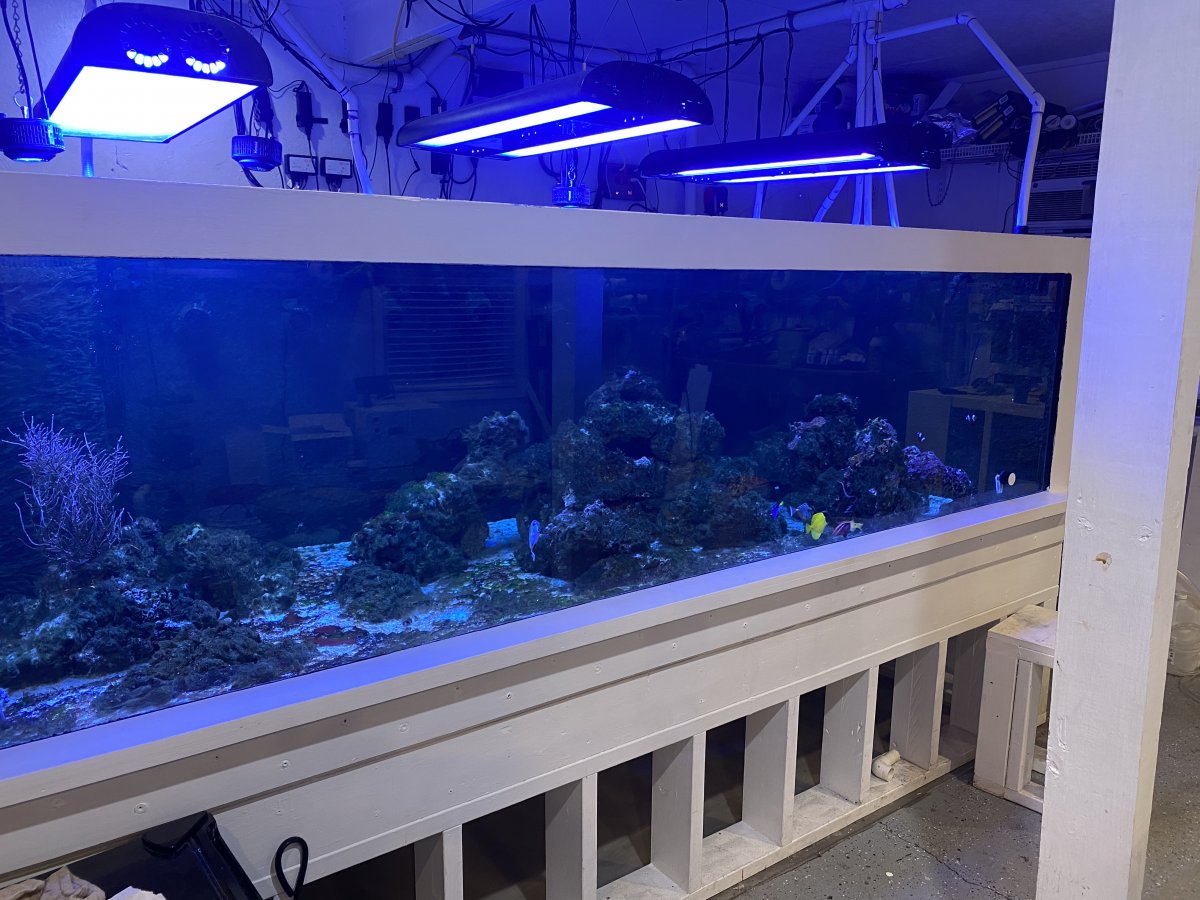 Considering how little there is to my barely month old tank, I am niether proud nor unproud.

I would say that the bracket is really killing meh with having the lopsided lightning mount though.

Embarrassed actually, after losing 90% of my fish in a huge move I neglected my tank and now caulerpa taxifolia took over my tank after it hitchhiked from something lol. Now I’m back though and making sure my surviving pair of clowns have a better home. Hopefully I’ll be able to show before and after pics soon.

Very proud of my nano. Only been running less than a year and looks good so far.

It’s a work in progress. 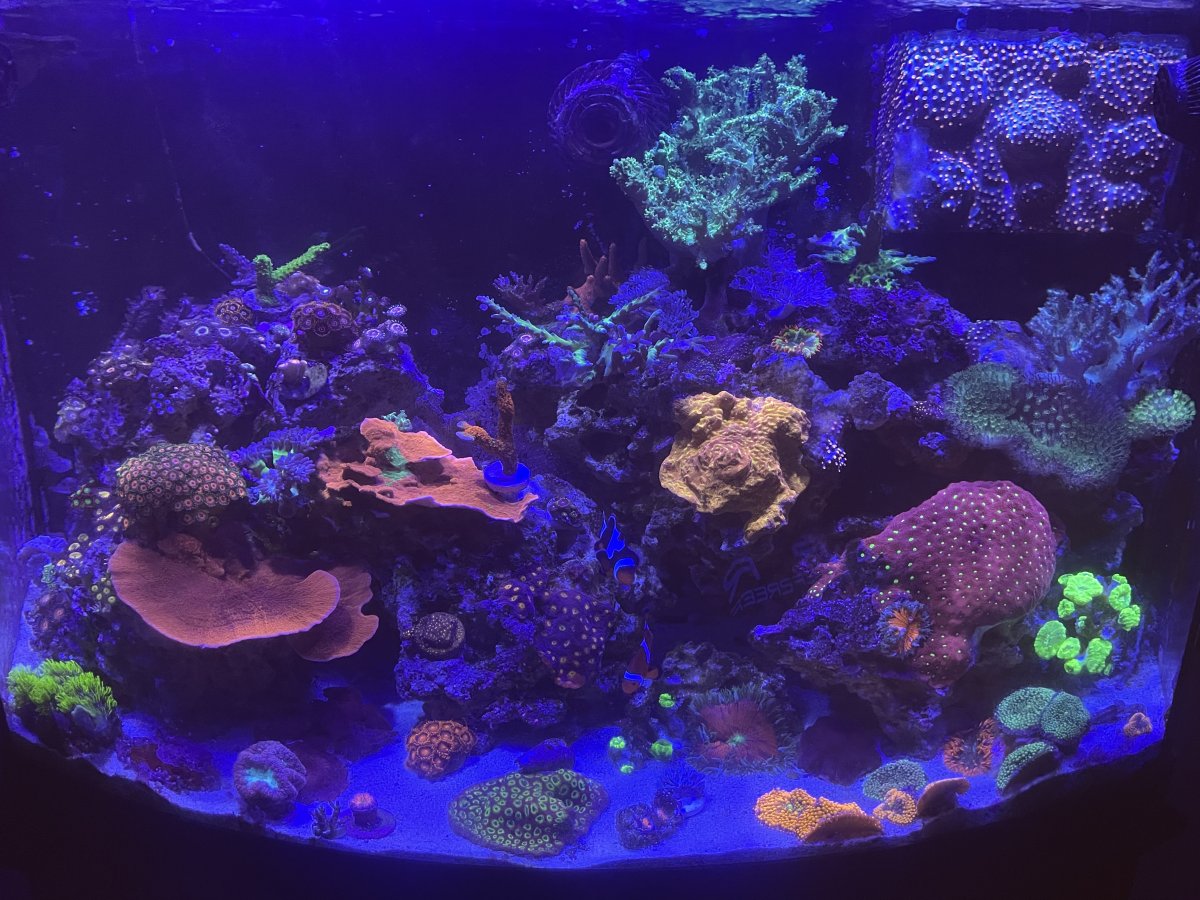 I feel bad for the people who are embarrassed of their tanks.

Had my tank for 3 years. Started as LPS and ended with sps. I was proud of it. Tore it down about 3 months ago and I’ll be upgrading to a 450 gallon here soon. 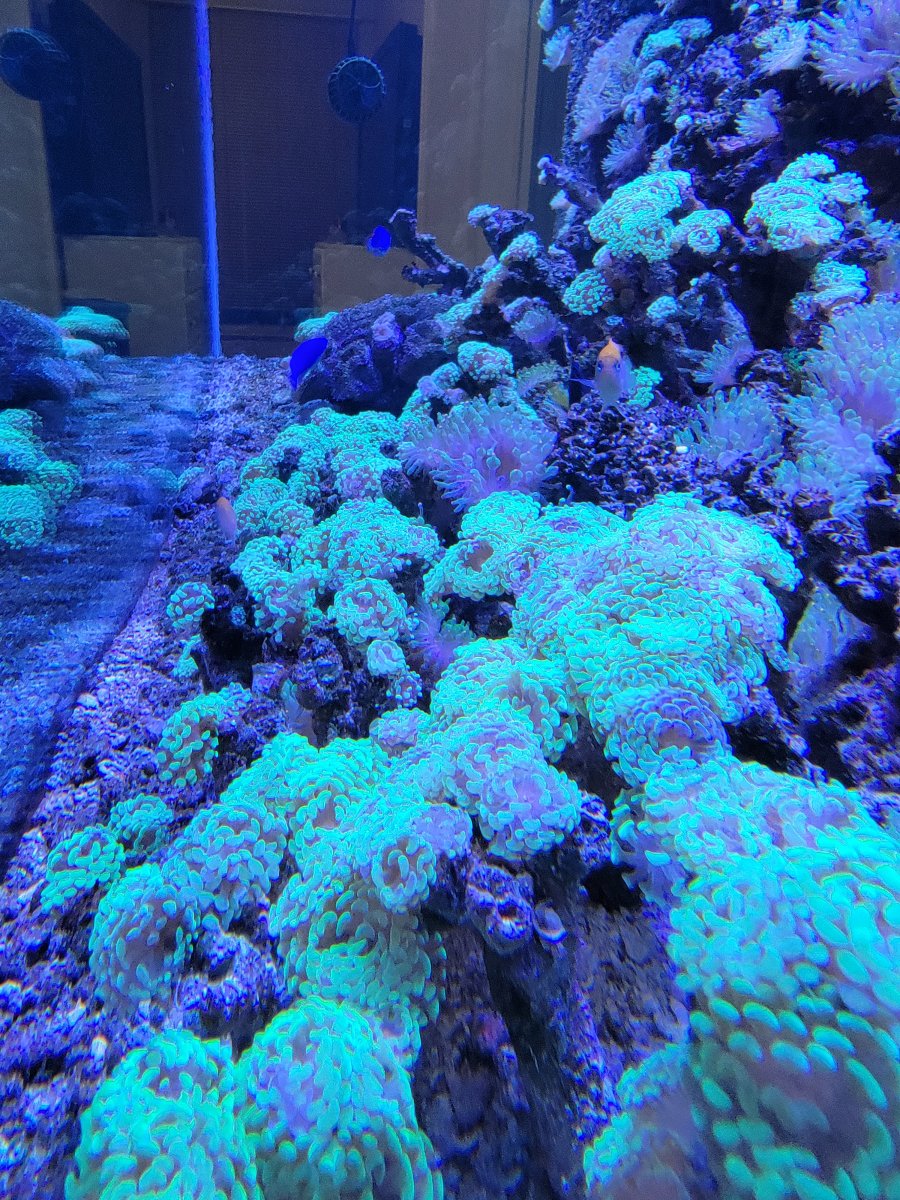 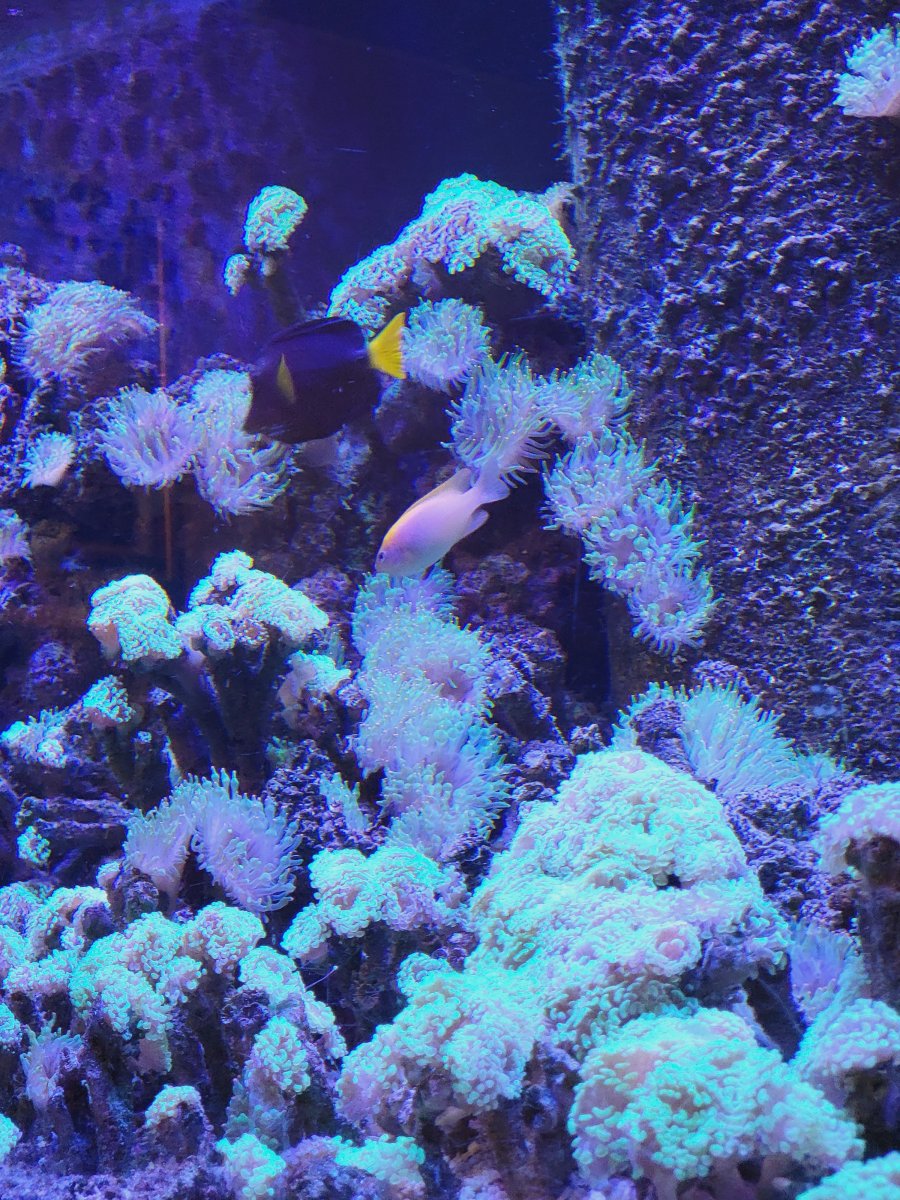 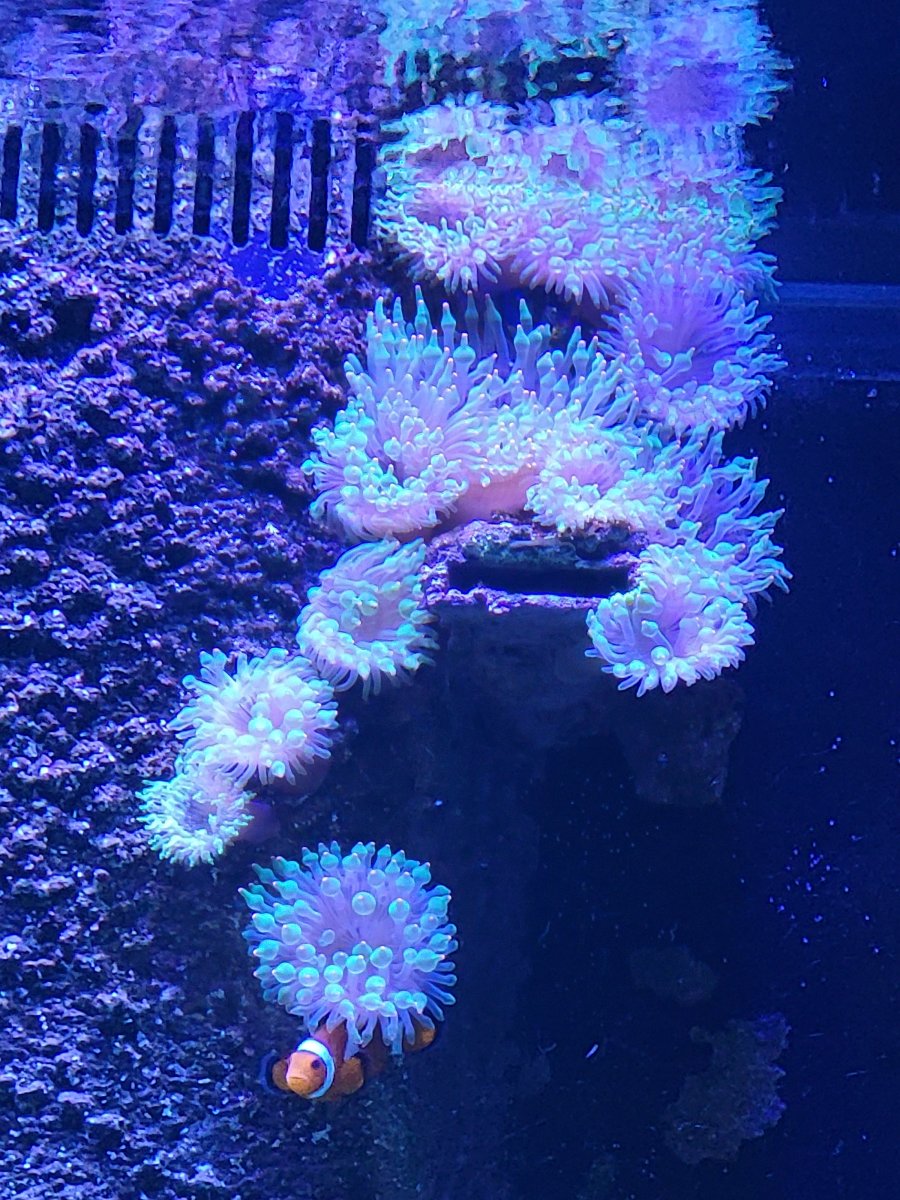 Neither proud nor ashamed. I'm happy with my current tank but it is personal. Pride implies (to me) that it is something that defines me. That said, I gladly share pictures monthly or so on my employer's messaging application #pets channel. Sharing photos is not a 'look what I can do' moment, but instead an expression of my appreciation for the beauty of coral and a desire to expose others to the same. It seems to be received this way.

aws2266 said:
Super proud. It looks good and everything is thriving. I feel I talk about it too much sometimes. I struggle with depression and this is something that's really helped me. The pic is of my tank at the beginning. Here's a video of it. 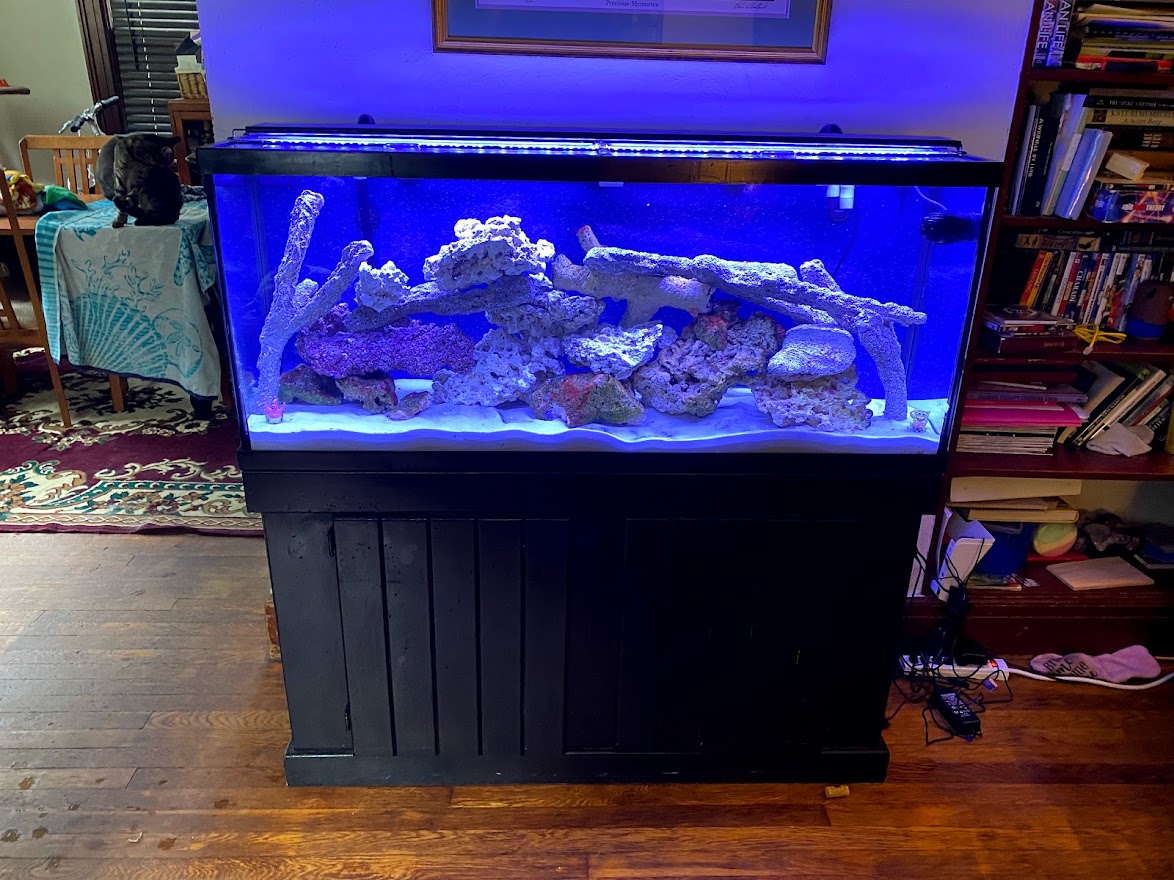 QUESTION OF THE DAY How many inches of sand do you have in your reef tank? Does it matter?
2 3 4

QUESTION OF THE DAY How many different methods of nutrient export are you using?
2 3

QUESTION OF THE DAY Why don't you have a NANO REEF in addition to your larger reef tanks?
2 3 4 5