I have been in the hobby since 1995, and have sold and bought hundreds if not thousands of times. I 100% try to work things out when engaged in a transaction and believe 99.999% of the people are good and try to do the right thing. However, with this transaction, I felt it was my duty to warn others, as this buyer has no sense of doing the right thing.

All the facts presented below can be backed up by text message exchange with buyer. I have not posted any of them here publicly yet

Summary
1. Buyer nisimnick contacted on me 3/19 to buy several colonies of jawdroppers and insanities. I say I don't sell colonies are they are hard to ship - but he insisted that's what he wanted, so I said possibly, but I do not offer DOA on colonies.
2. Buyer indicated he didn't have a tank set up yet, will be set up in April, and asked me to hold specimens (which initially was supposed to be 4-6 weeks and he was planning to take delivery of specimens and leave at his friends house)
3. I flew the specimens to him personally on 6/17, to minimize risk and flight time, and to maximize the environment stability
4. He had a few corals in the tank when I arrived and asked me to put his purchases in his tank for him. The did okay good with polyp extension in the 30-45 minutes I was there to observe.
5. A few days later, he tells me 2 of the pieces had died, to which I said I would help him out, that despite not offering any DOA guarantees, I will give him some frags once his tank is better.
6. He complained some more and wanted a full refund. His response was uncooperative when I was calculating how much refund would represent the 2 pieces that had died. He had wanted a full refund, and not pay for the flight as discussed.
7. I sent him partial refunds for the 2 pieces that died. A few weeks pass by, I don't hear from him, and now I have disputes on Paypal for all his payments.

For those who wants more details, please see below

I will present the situation in bullet points below. I have a ton of text message screenshots, but for the privacy of the individual, I will refrain from posting. If there is a need to ascertain the accuracy of my claims, I am happy to share the screenshots privately.

I have done many many transactions and I do not plan to allow this one bad incident make me jaded. Thanks for your time in reading this.

Attached photos
First set is the insanity when he agreed to purchase it on 3/22, and how much it had grown when we were finalizing delivery in june.

The second set is a jawdropper in my tank, and the JD in his tank when I delivered it. 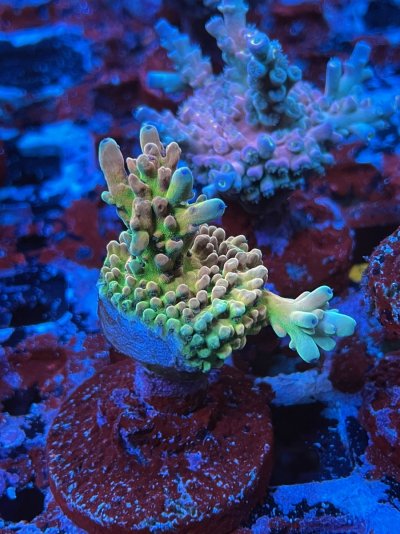 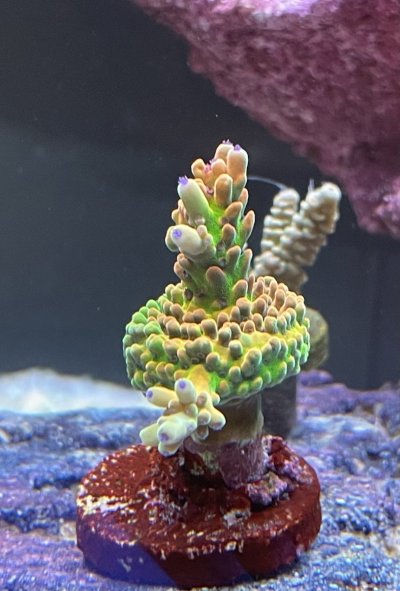 Just as an update, PayPal emailed me today that his credit card company has ruled in favor of the buyer.

at this point I have no choice but to seek legal counsel. And I hope the community ejects this participant from the hobby.
OP
T

I msged him to give him one last chance to make things right.

he still insists that it’s my fault because I helped place the corals in his tank. A 220 w 3 gen5 radions about 20 inches above water.

it was mounted probably 8 inches below the water, I’m guessing 250 par

here’s my text exchange with him today 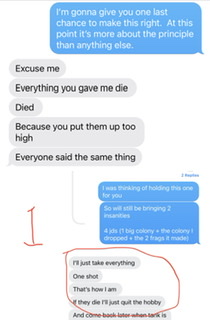 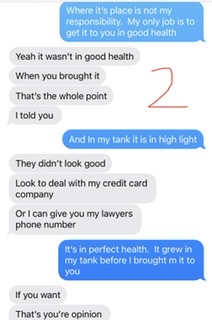 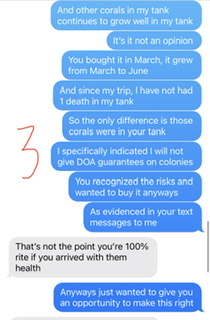 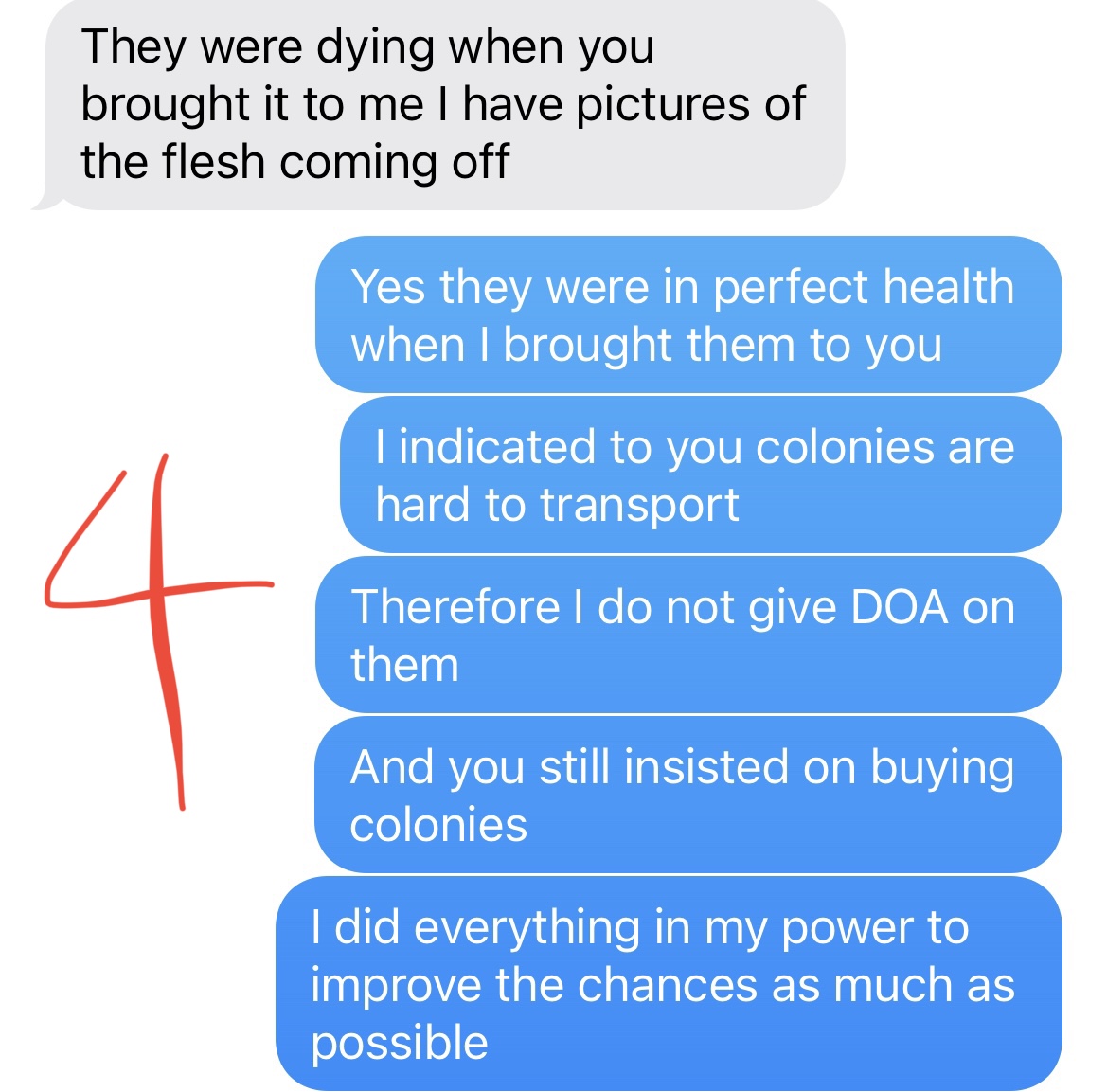 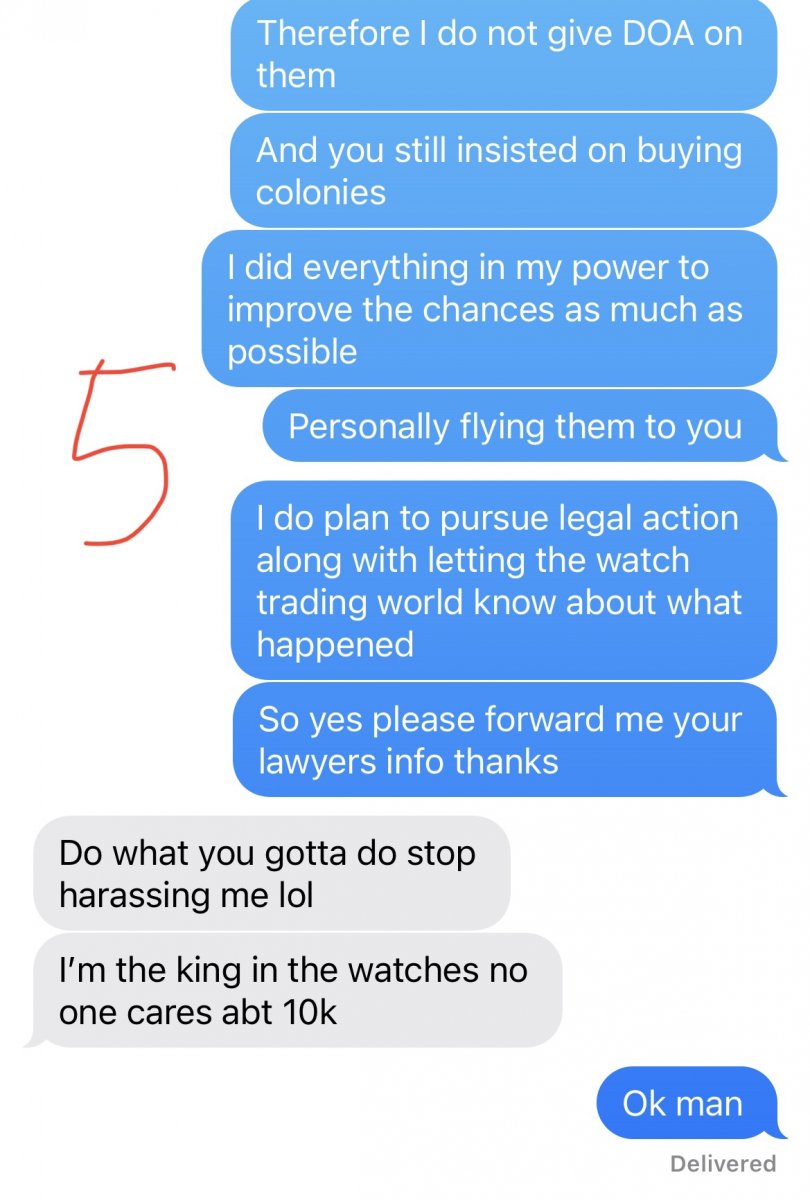 SFG is easily one of the best sellers in the game!