This is my first post on my tank. I started this tank back in November, 2020. I bought a 15 gallon Aqueon frameless cube and 5 chunks of dry rock. I fitted the tank with a small HOB filter and a SICCE powerhead. I went through a bumpy start since my beginning stocking of two clowns contracted marine velvet. I left the tank fallow for 8 weeks to make sure that my next stocking did not meet the same fate. 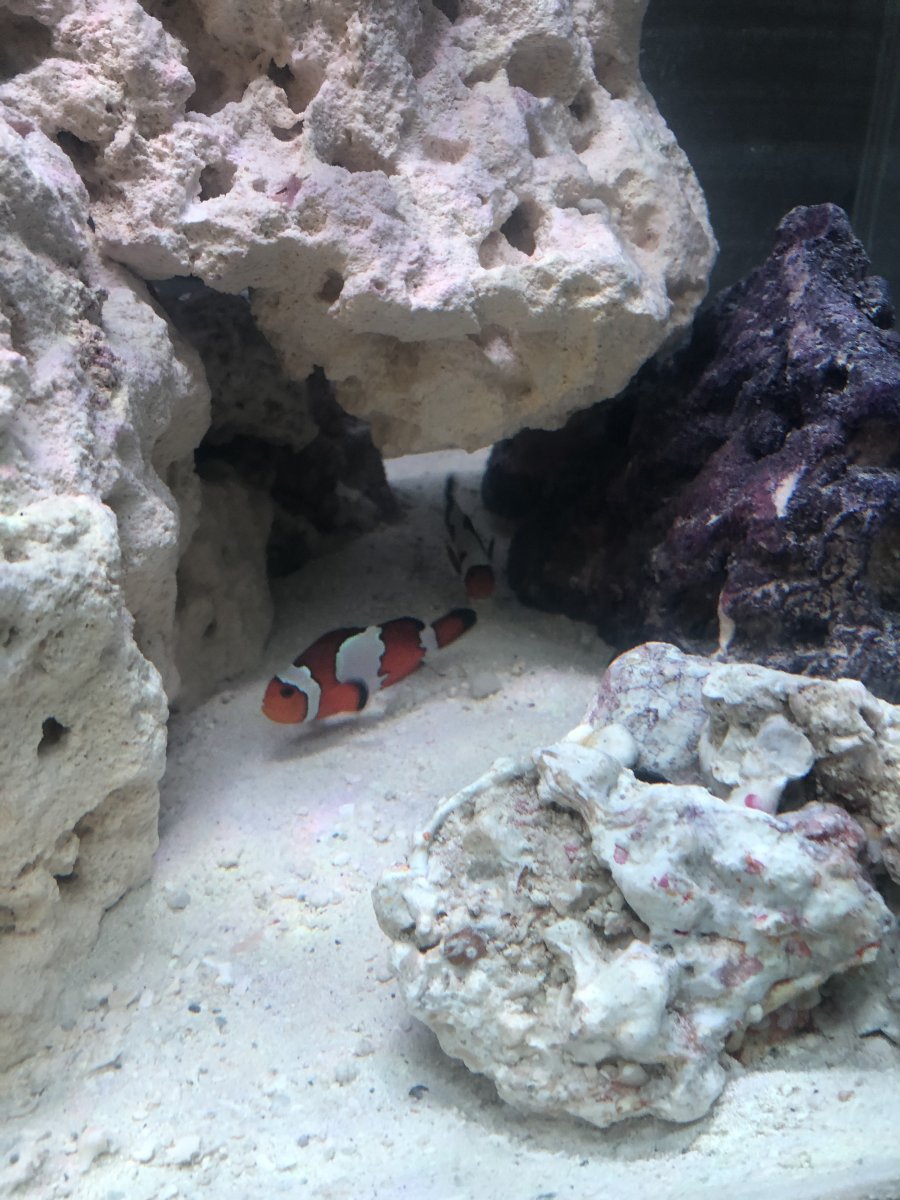 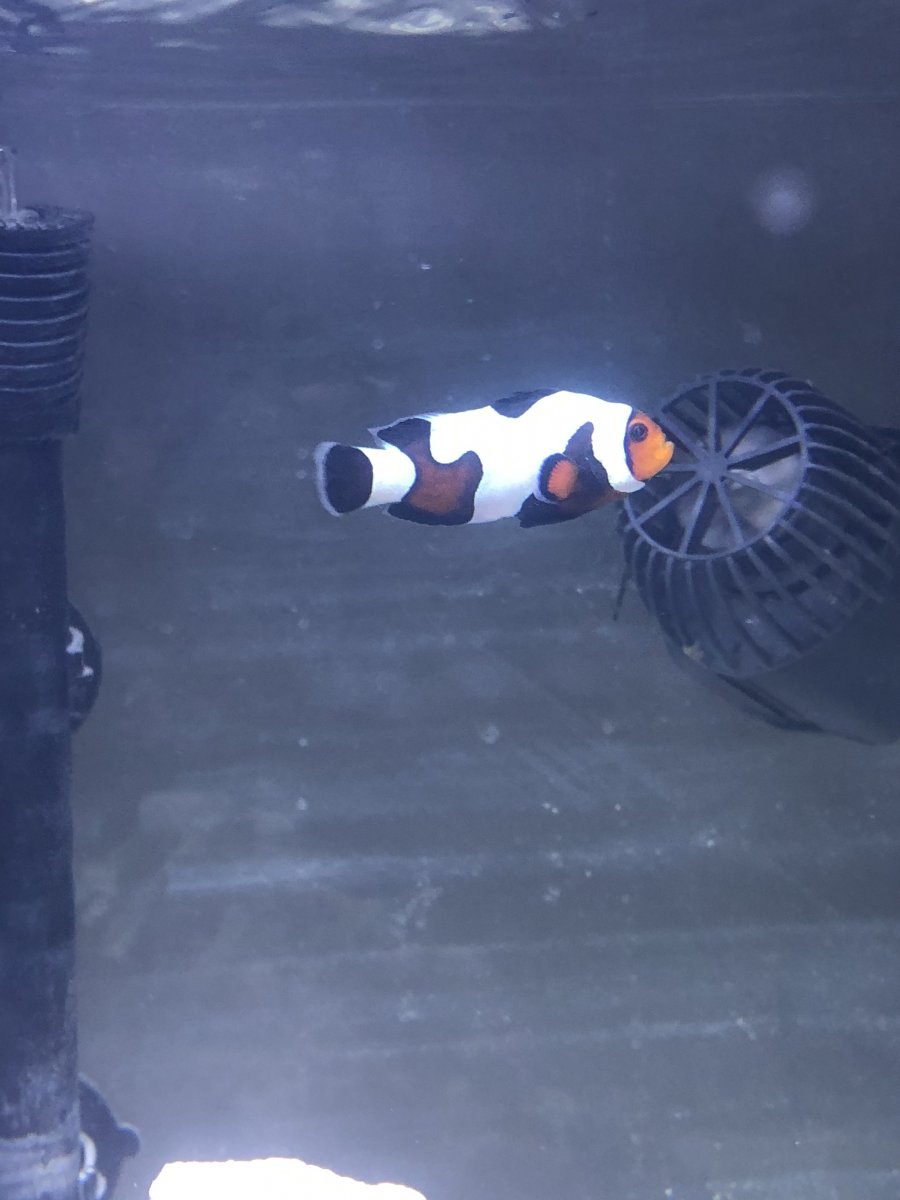 After a month I added my first three frags. A single pet co Duncan and encrusted piece along with a green toadstool leather. By that time the rock had started to get through the worst of the ugly phase and I added two new clowns. My light at that time was a coralite mini LED. It kept the corals alive, but was way too much white light for my liking. I also added a lawnmower blenny and easily got it onto pellet food. 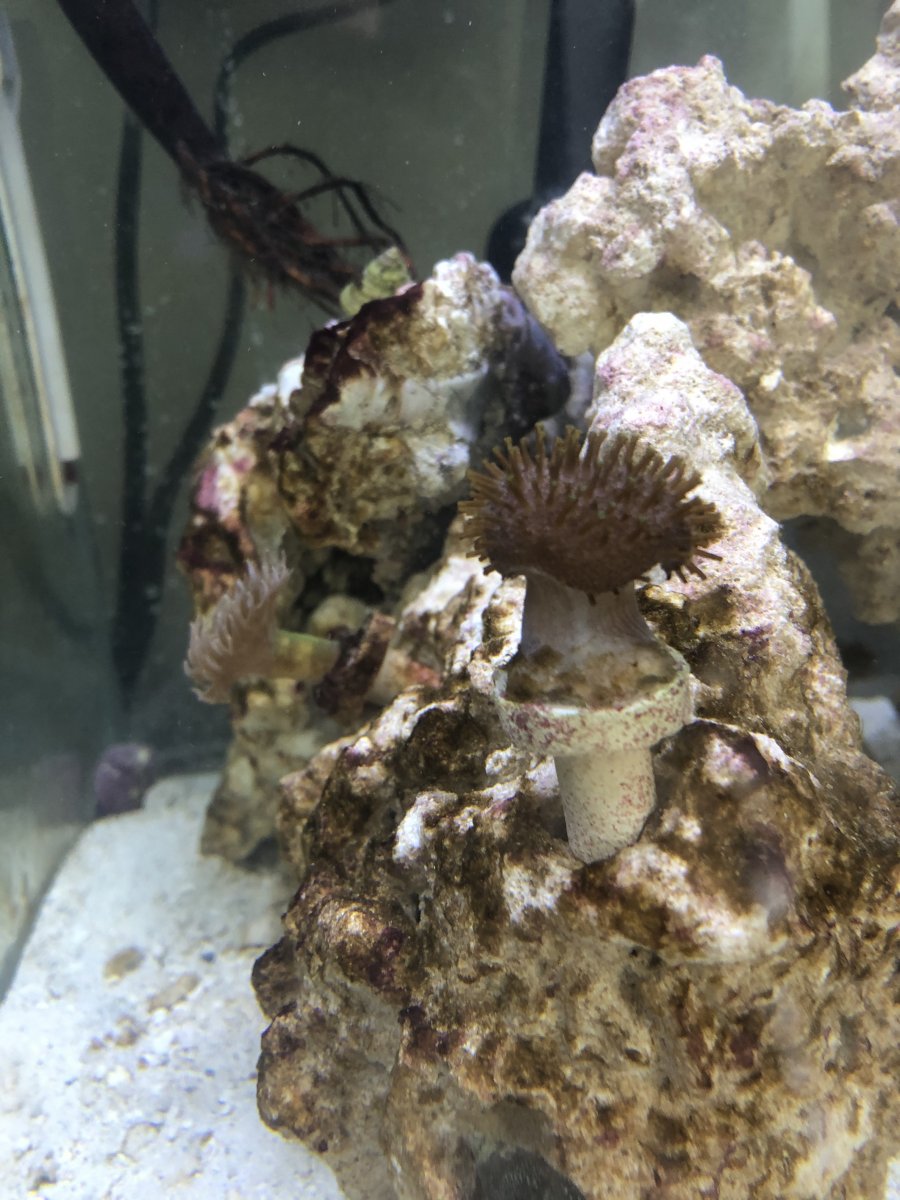 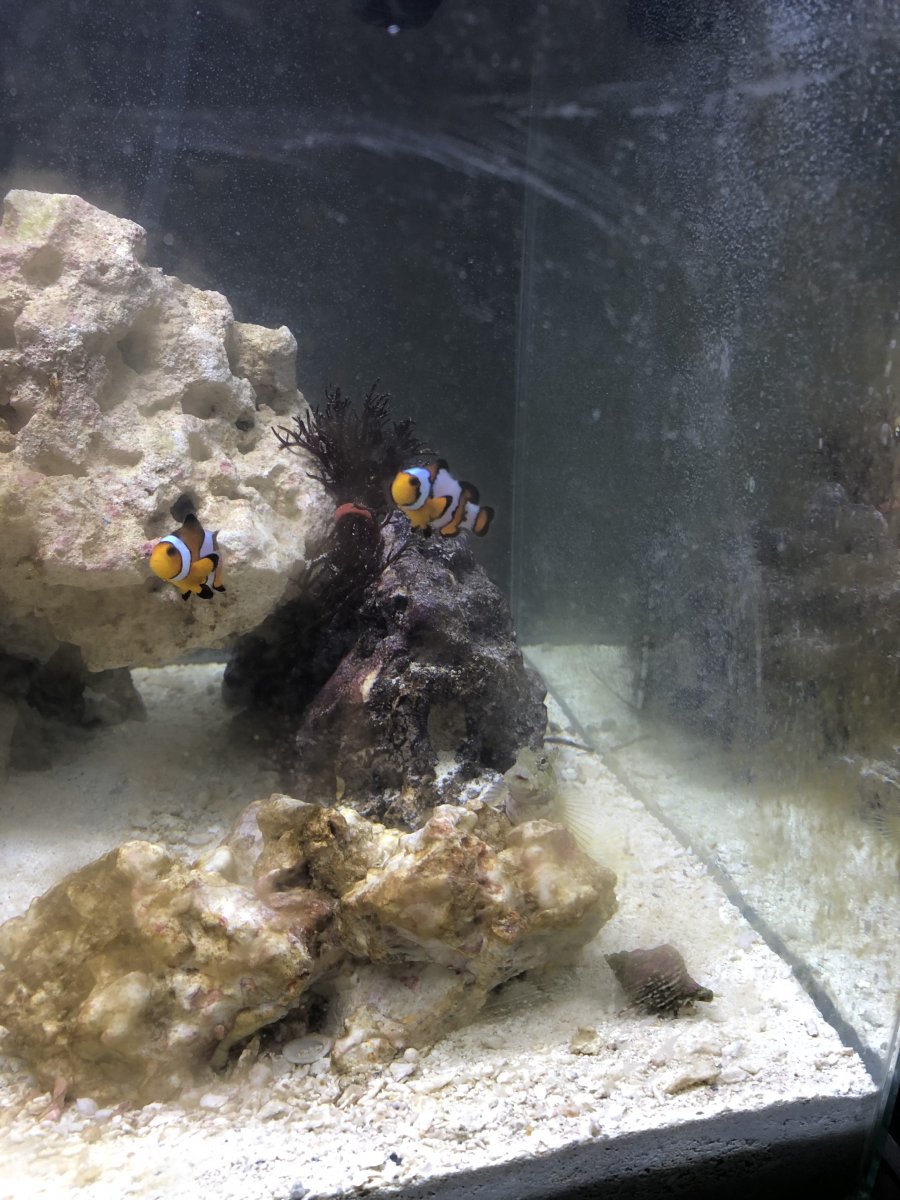 A month and a half passed before I was able to buy a new light for the tank and pick up some more frags. I was able to find a very cheap and lightly used AI prime HD and love the heck out of it. Additionally, I added an ATO so that I would no longer have to do the daily top off that I had been doing. I added some zoas to start off my zoa island and some hammers to start filling out the main rock. A little teal riccordia and some acans filled out my frags at that time. I also added a brittle star who came out at night often to my own pleasure. Its little legs are fun to watch. At this point the tank was in a place that I was proud of. 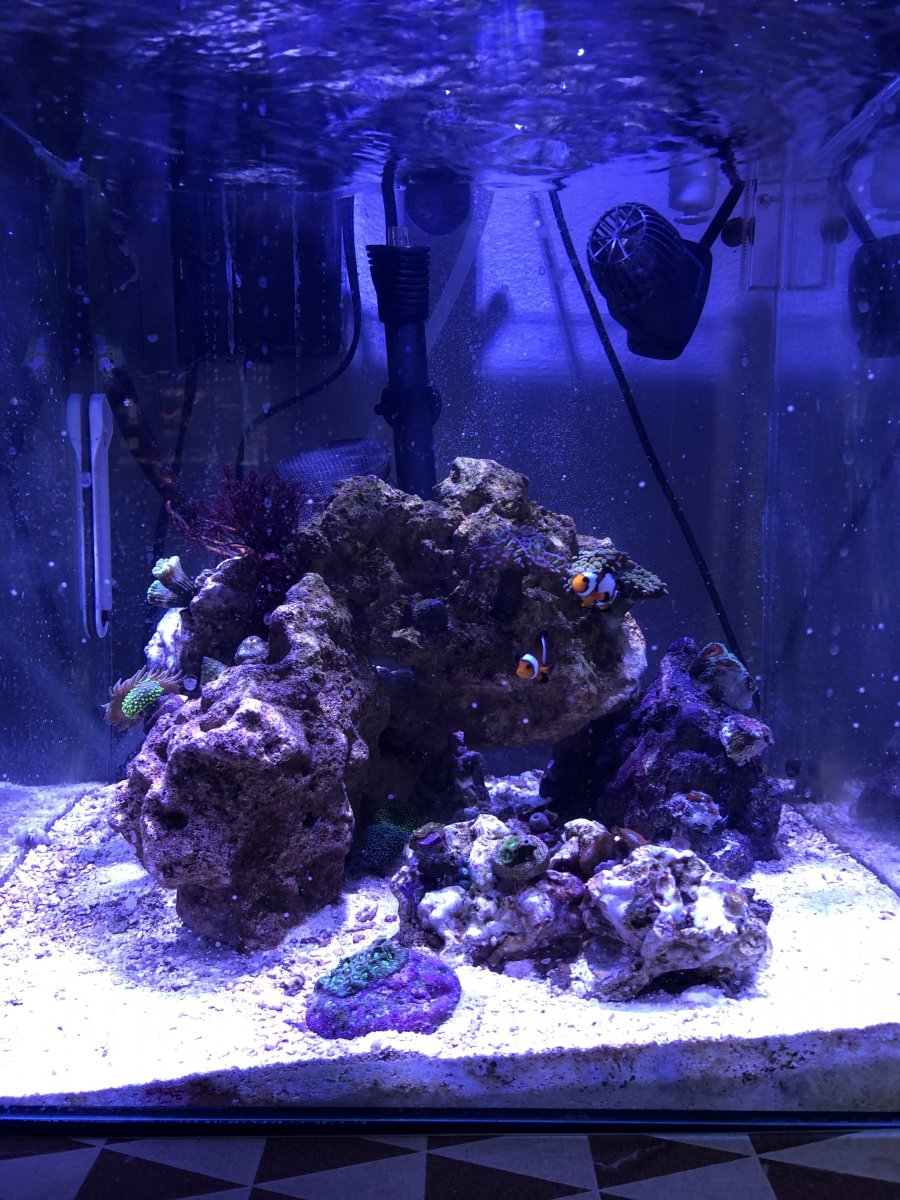 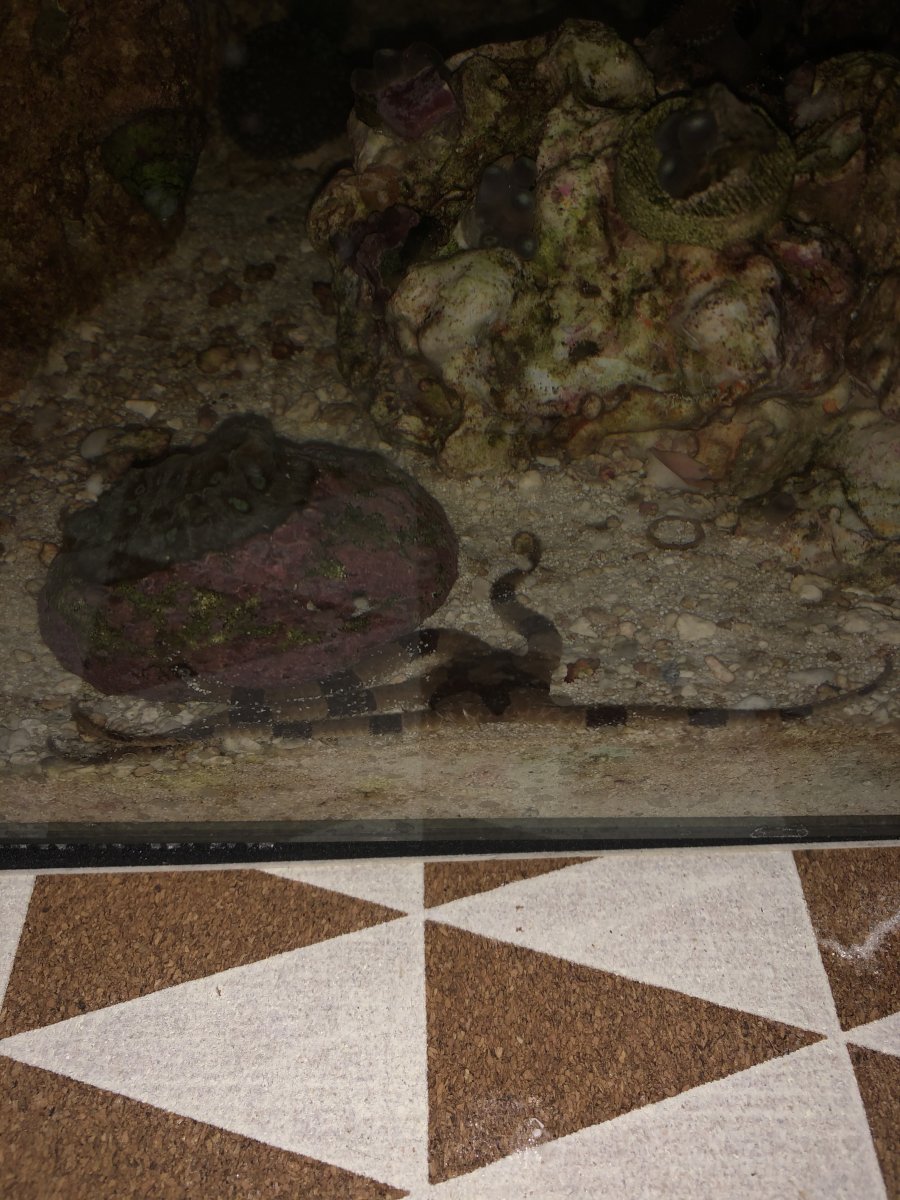 My tank coasted for another month and a half before it became apparent that I had set up the ATO without its shut off float gauge in position to stop the apparatus. It dumped my entire 5 gallon fresh water reservoir into the tank at least 3 times before I figured out what was causing it to not turn off. First, my snails trigger the bottom float by sucking on to it. Second the top float was situated too high by the rim of the tank to float and turn the pump off. In short... I didn't read the directions well enough. I lost two acans and my tank was angry for two weeks. Lesson almost learned.
OP

My next addition to the tank was a set of gorgonians, macro algae, and two easy sps frags. This was at the beginning of April. I left a week later for spring break and came back home to find that the breaker had popped a day after I had left. The system had been off for 5 days. I was lucky and only lost the riccordia mushrooms and sps frags. everything made it through. I found out that the contractors for my apartment had hastily set up our outlets in a way that makes the breaker especially temperamental. 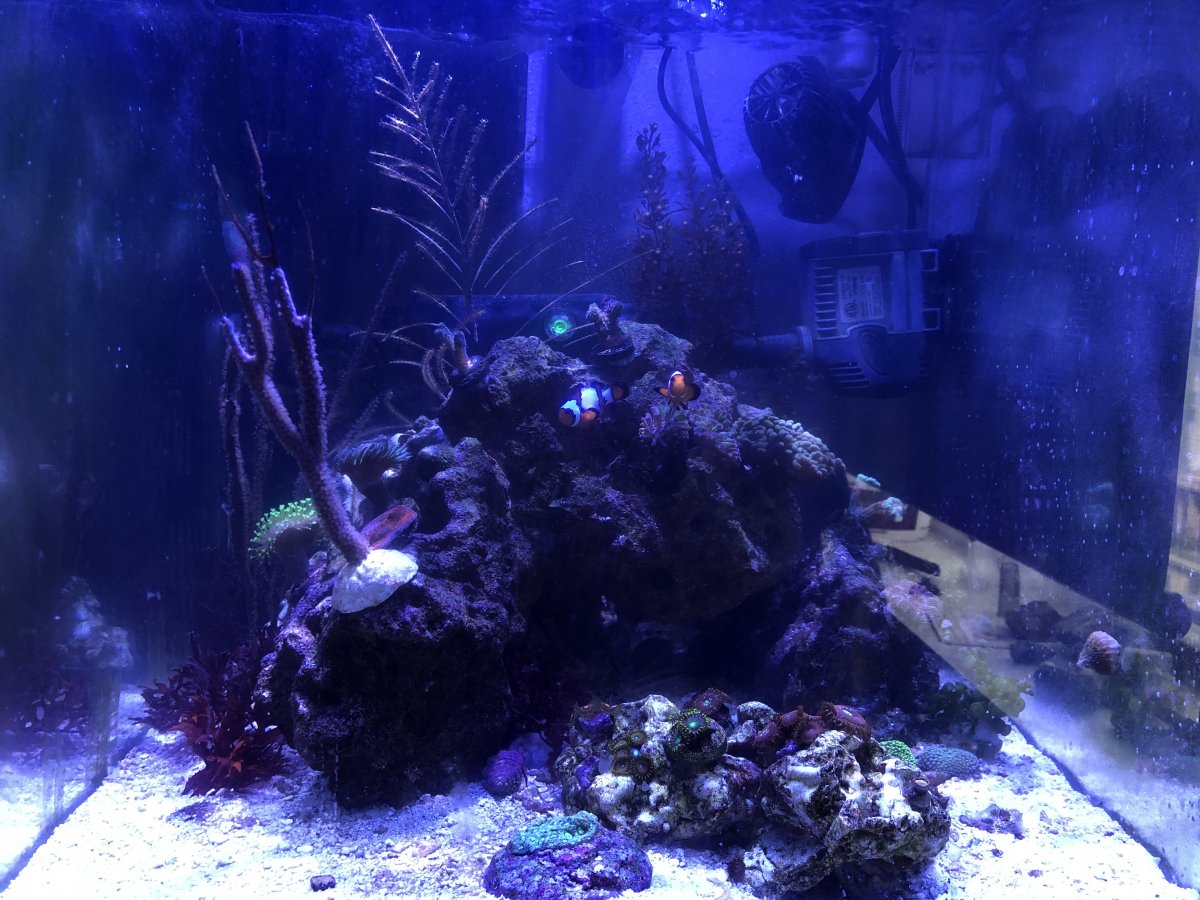 After the recovery I had the outlet supposedly fixed and added my next set of frags. I replenished my SPS frags and added some riccordia and rhodactis mushrooms. I also added some montipora to see if it would survive. So far everything has survived. I plan on finding a way to take higher quality photos of the tank so that I can post them. 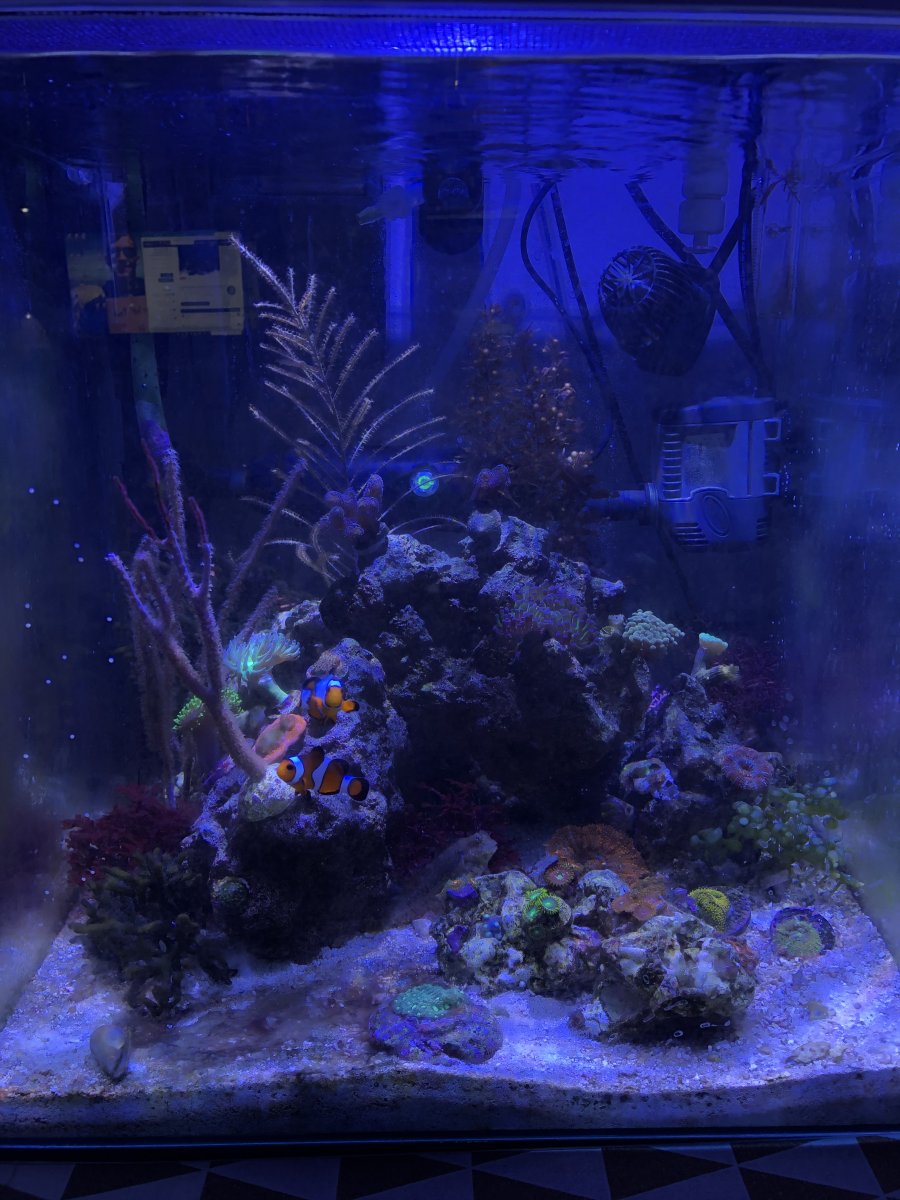 I really like the way you combined the macro with the corals. Those gorgonians look really cool too! Nice job! I can't believe you only lost a few SPSs after a power cut for that long!
OP

See Gee Sea said:
I really like the way you combined the macro with the corals. Those gorgonians look really cool too! Nice job! I can't believe you only lost a few SPSs after a power cut for that long!
Click to expand...

I think that the very slow increase in salinity was what didn’t kill the other corals. I regret all but the red macro algae. All of the green ones grew huge and went sexual. The one in the back decided to spew annoying floating balls until it died. Not yet ready for anything slightly hard in that apartment.
OP

I forgot to add this, but this is the final state of this tank. I broke the tank down in February and got a hold of a custom built 30 gallon tank. I really loved this small tank, but I have big plans on keeping Acropora and additional fish. 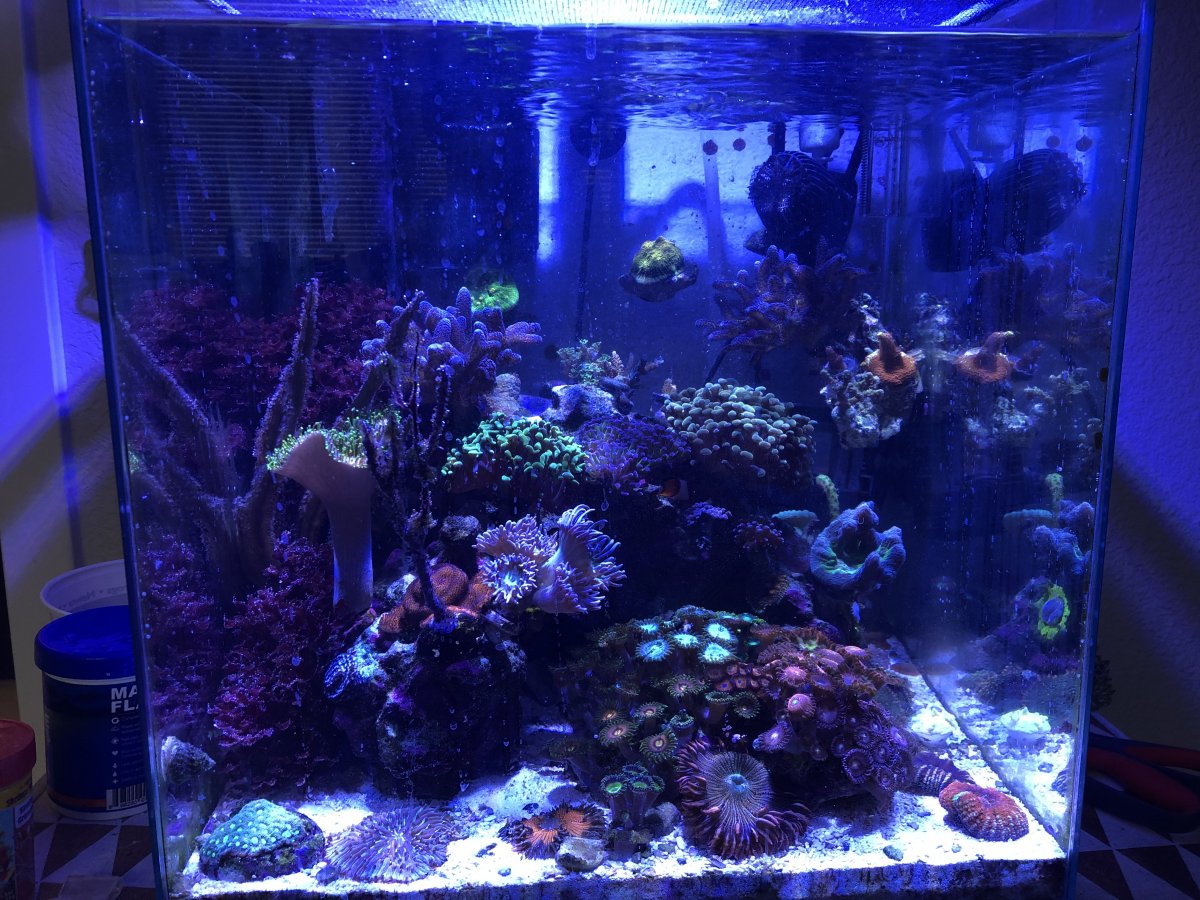 Looks great! But, alas, we do tend to upgrade in this hobby. Good luck!

loved your build thread thanks for sharing.