It's been a minute while we sold a house, moved to a rent house, bought a house, knocked down bought house, built a new house, and finally moved out of the rent house and into the new house.
And before that I took a year or so off from Reefing (after more than a decade in the hobby) and had set up a high-tech freshwater planted. Now about 3 years later I'm back to reefing!

Any "old timers" here may remember (many moons and a few tanks ago) my 3' cube... some referred to it as The Ecotech Cube, as it was fortunate enough to have been a bit of a poster child for the original Gen 1 Radions, after initially starting off with a MH/T5 combo (which is still my fav, other than heat/power/bulb consumption, LOL). 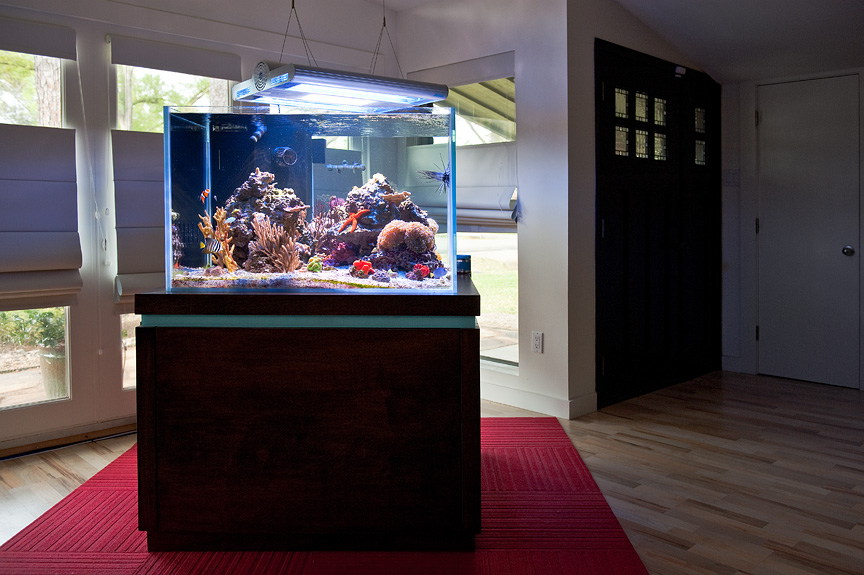 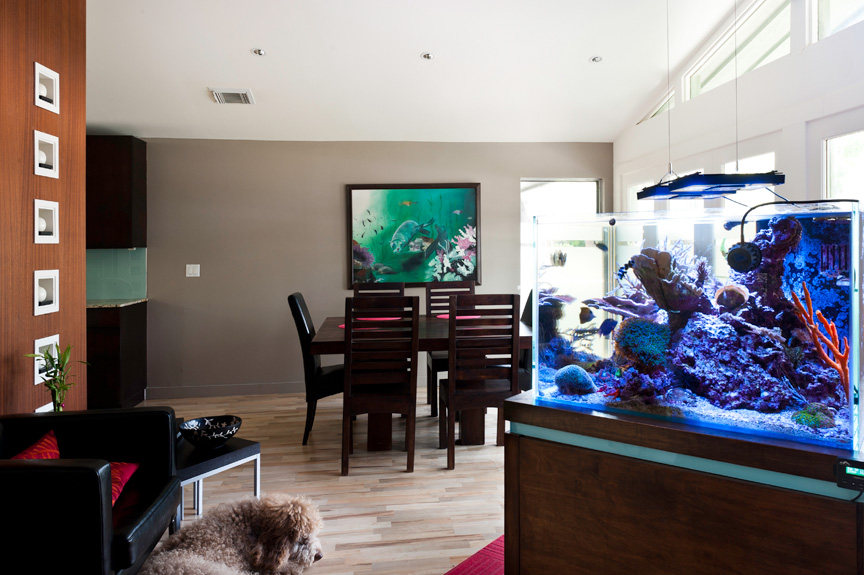 After that we moved and I went a little crazy with a custom 200g built in tank and awesome fish room in the garage for filtration and fragging.
R2R build thread here... https://www.reef2reef.com/threads/d2minis-200g-reeftastic-reef-part-deux.178519/ 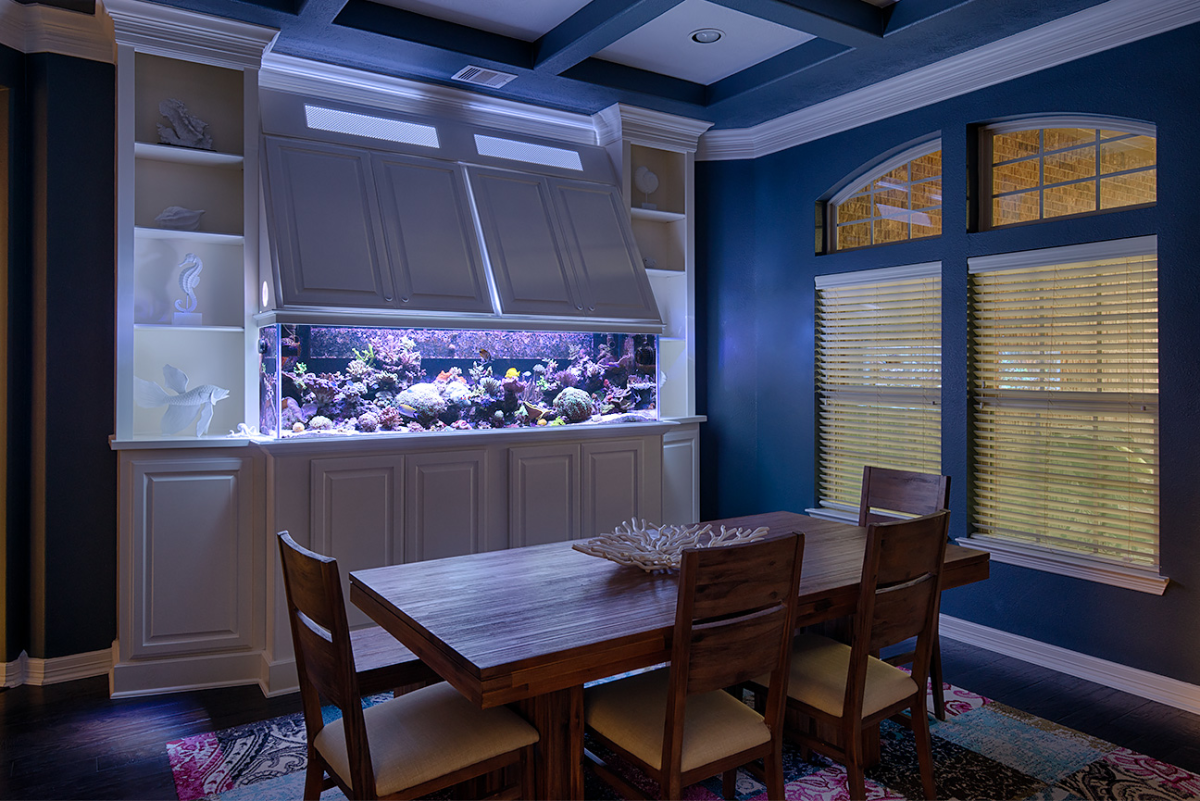 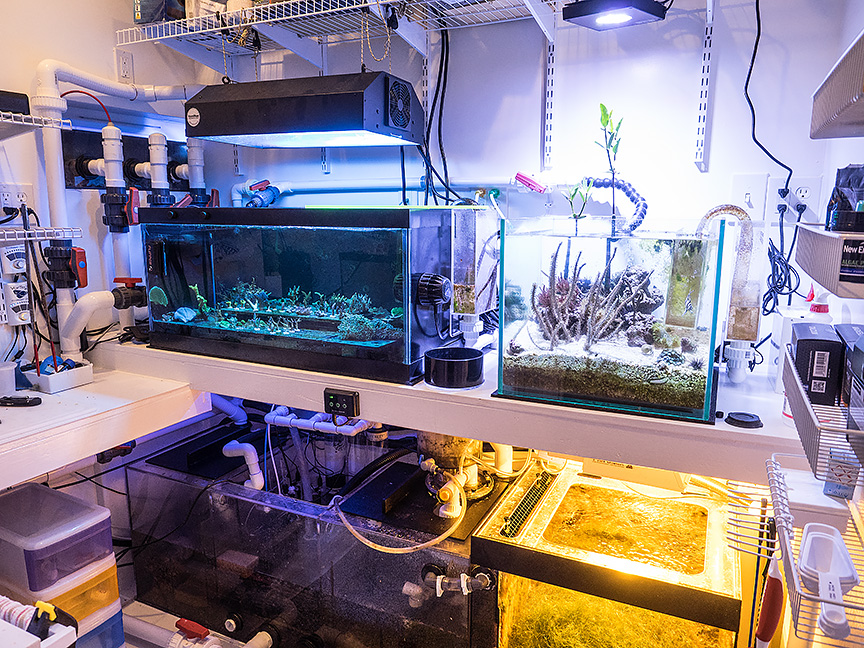 Thennnn... we moved again and I downsized to an Elos 120xl.
R2R build thread here... https://www.reef2reef.com/threads/d2minis-essential-focus-mixed-reef-build.241805/ 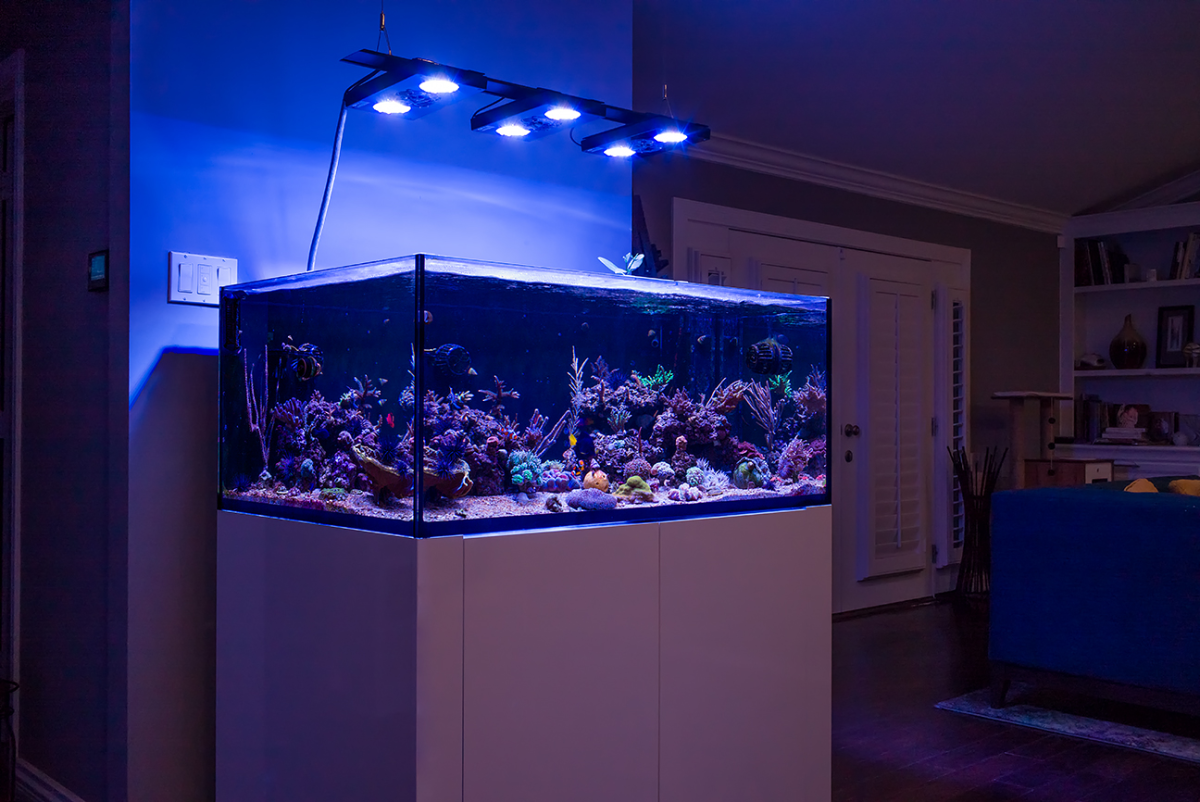 It was after a few years of this that I was looking for something a little different and built the Waterbox freshwater planted tank. 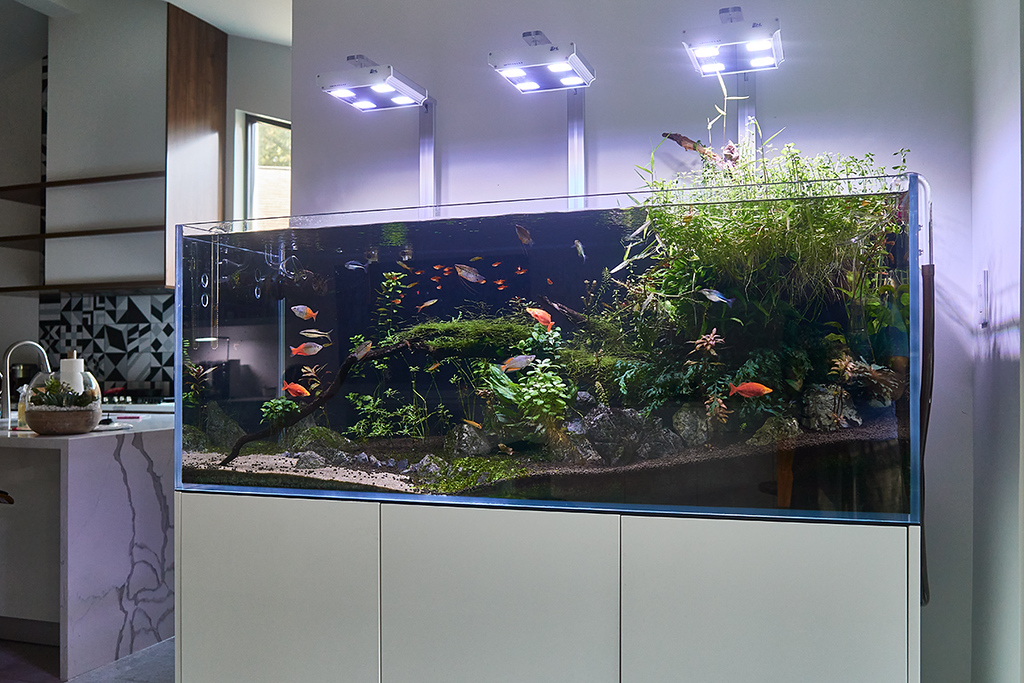 Tank: CADE REEF 600 S2
Lighting: (1) GHL MITRAS 7204
Skimmer: BUBBLE-MAGUS CURVE 7
Controller: GHL PROFILUX
Powerheads: Currently unknown but after using Vortechs for over a decade (and some Tunze mixed in) I'm leaning towards the Octo Pulse based on reviews.
Dosing: Not sure on Ca/Alk/Mg but may just use the liquid ESV Bionic. For the rest, this will be a REEF MOONSHINERS tank.
Rock and Substrate: Tampa Bay Saltwater as usual! Rock, sand and initial critters.
Livestock: Other than some clowns, my fish list is completely open at the moment. Coral will probably be LPS heavy with some SPS.
Water Changes: Goal is NONE since I'll be doing the Moonshiners.

Here's my tank waiting to get picked up from the CADE warehouse!
Delivery date still undetermined at this time but should be within a week or so. 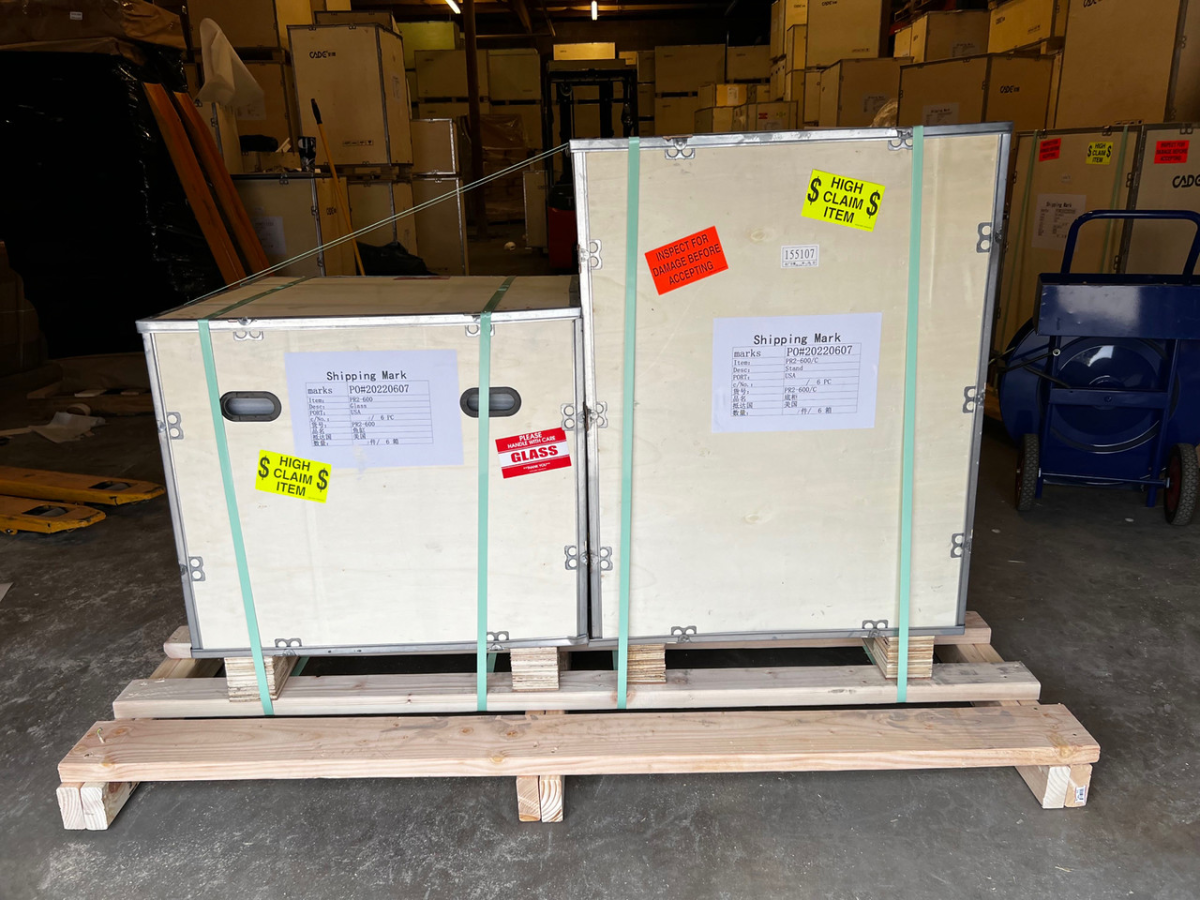 This is what determined the size of the tank. Open floor plans don't have a lot of empty wall space. I could have fit a bigger one in the living room to the left of our TV but my wife doesn't really like the tank in that space because the blue light messes with her eyes. I can't say I blame her. So I decided to put it on an empty wall I have in my office. Been working from home ever since covid so I spent the majority of my time in this room. This just made the most sense. This is also at the very front of the house right next to the front door. I'll have a nice blue light lighting up the front yard. The Reefer's calling card.

The tank will be going on the wall with the skimmer box. If I put it off to the right, I may have just enough room under the light switch for a small Ikea cabinet or something, since the stand is pretty small/tight with the sump in there. 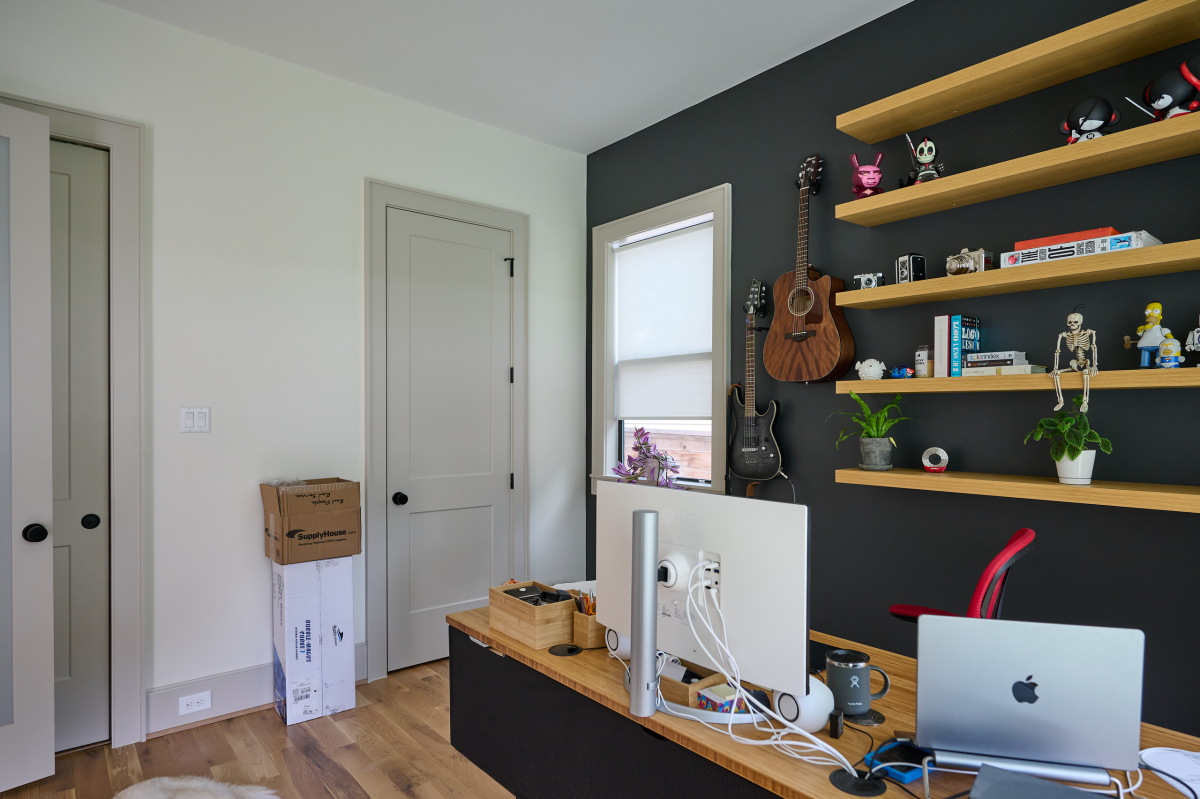 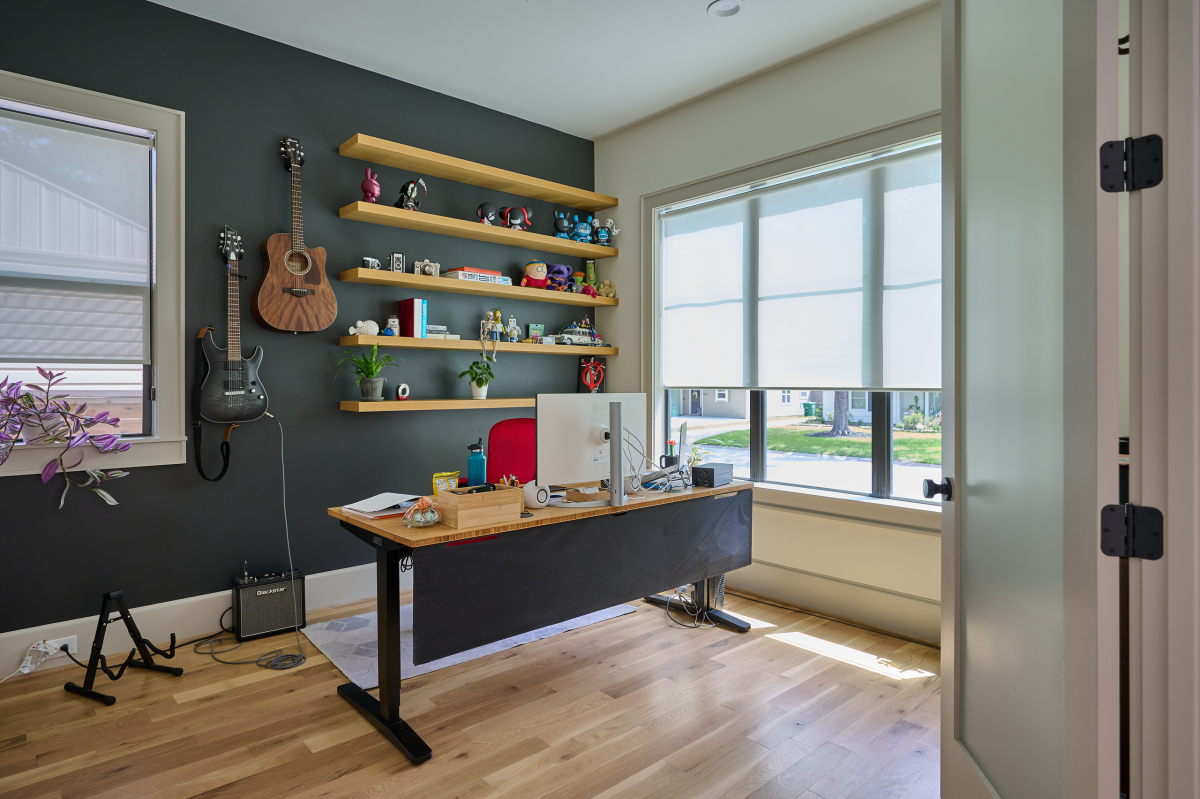 That's about it for now!
First order of business while waiting for the tank is pulling my RO/DI and water mixing tanks out of storage and getting that set up in the garage.
I'll be working on that this weekend.

Thanks for reading and I'll update soon!

Very nice! Is there a new move again on the horizon?

amazing
good luck with the new tank, i am sure you will do a great job
following you all the time
OP

blaxsun said:
Very nice! Is there a new move again on the horizon?
Click to expand...

No plans!
Especially with interest rates on the rise! We lucked out and got in right at the bottom (not so lucky though on the framing materials )
Hopefully here until the kids are out.

Always was one of my favorite builds on the forum. Glad to see you back!
S

So you went with a Cade.
I went IM 100 INT because the EXT is on back order.
Mine is on the way now. We can compare notes on builds.
OP

Snoopy 67 said:
So you went with a Cade.
I went IM 100 INT because the EXT is on back order.
Mine is on the way now. We can compare notes on builds.
Click to expand...

Yeah, if I had the space, I would have went with that 36" cube IM has, but I don't.
So it came down to dimension of the smaller tanks, less than 35" long and IM didn't have what I was looking for in depth and height.

Welcome back!!!!! Can't wait to see this develop!!

Looks great, thanks for sharing.

Has your tank come yet?
Mine is being delivered on Friday.
&--I have some questions for you later on.
OP

Snoopy 67 said:
Has your tank come yet?
Mine is being delivered on Friday.
&--I have some questions for you later on.
Click to expand...

It has hit the Houston destination this morning so I should get a call today/tomorrow to schedule delivery. Not sure it will make it here by Friday too, but very soon!
OP

We are in the water making business once again!

I had my water tanks in storage along with the Spectrapure MaxCap RO/DI with booster pump. Was able to squeeze them into this space in the garage. I kept the plumbing nice and tight to the tanks since I have to park my car right next to them. Saltwater on the left, Fresh on the right. All new membrane, filters and resins in the RO/DI.
The hose bib I've got the the RO/DI connected to is just on the other side of this wall and there is a flood grate at the base of the wall so it was super easy to send the tubing out to the bib as well as the drain line that can just water my grass.

Aquarium delivery is scheduled for Monday. 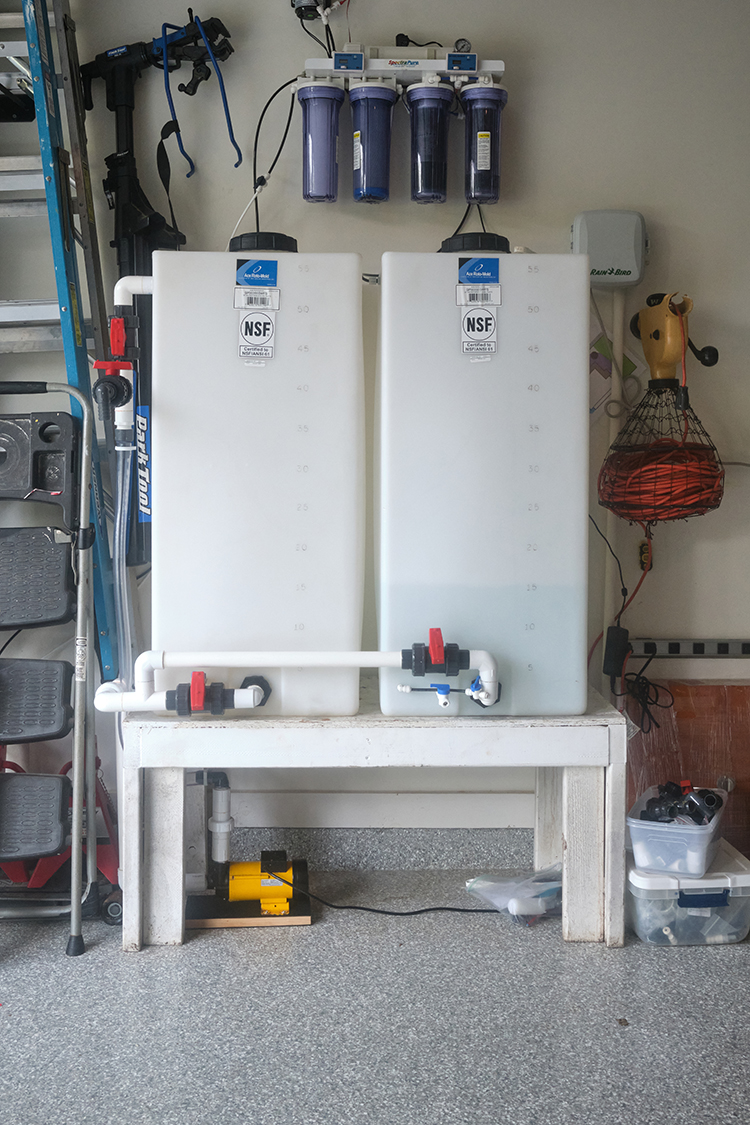 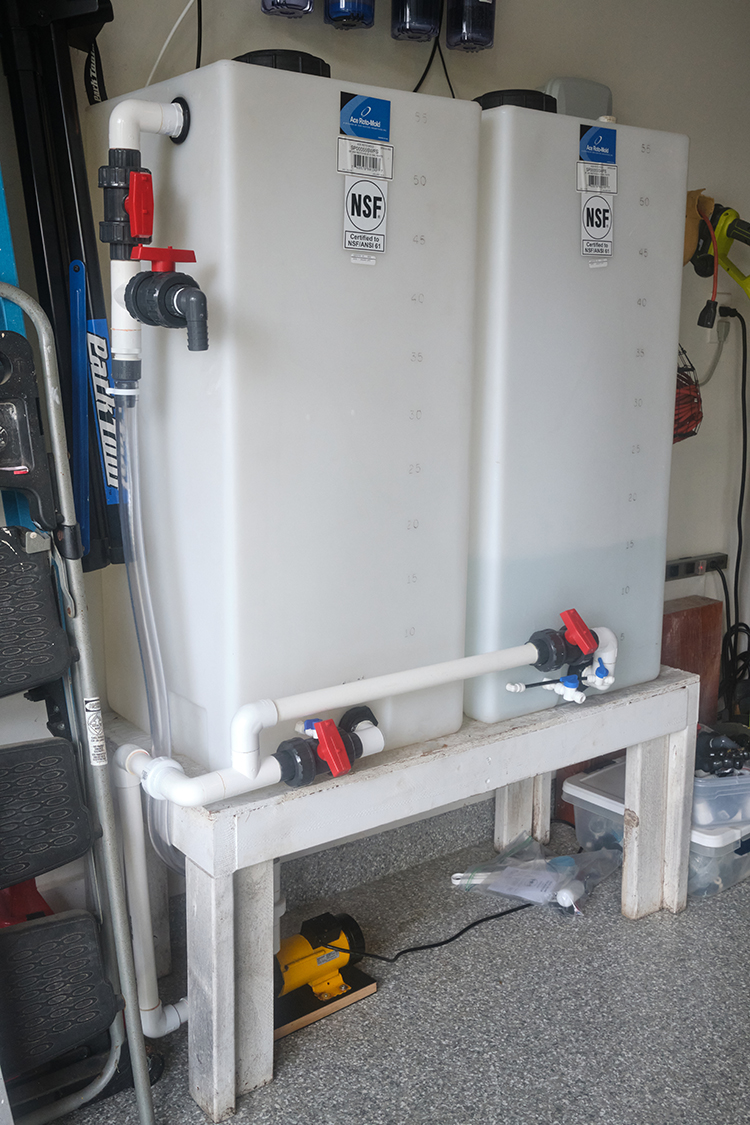 Nice!
Mine was just delivered!

Welcome back! Can't wait to see what you come up with! Depending on if I can wait out a custom tank or not, I'll be joining you soon enough.
OP 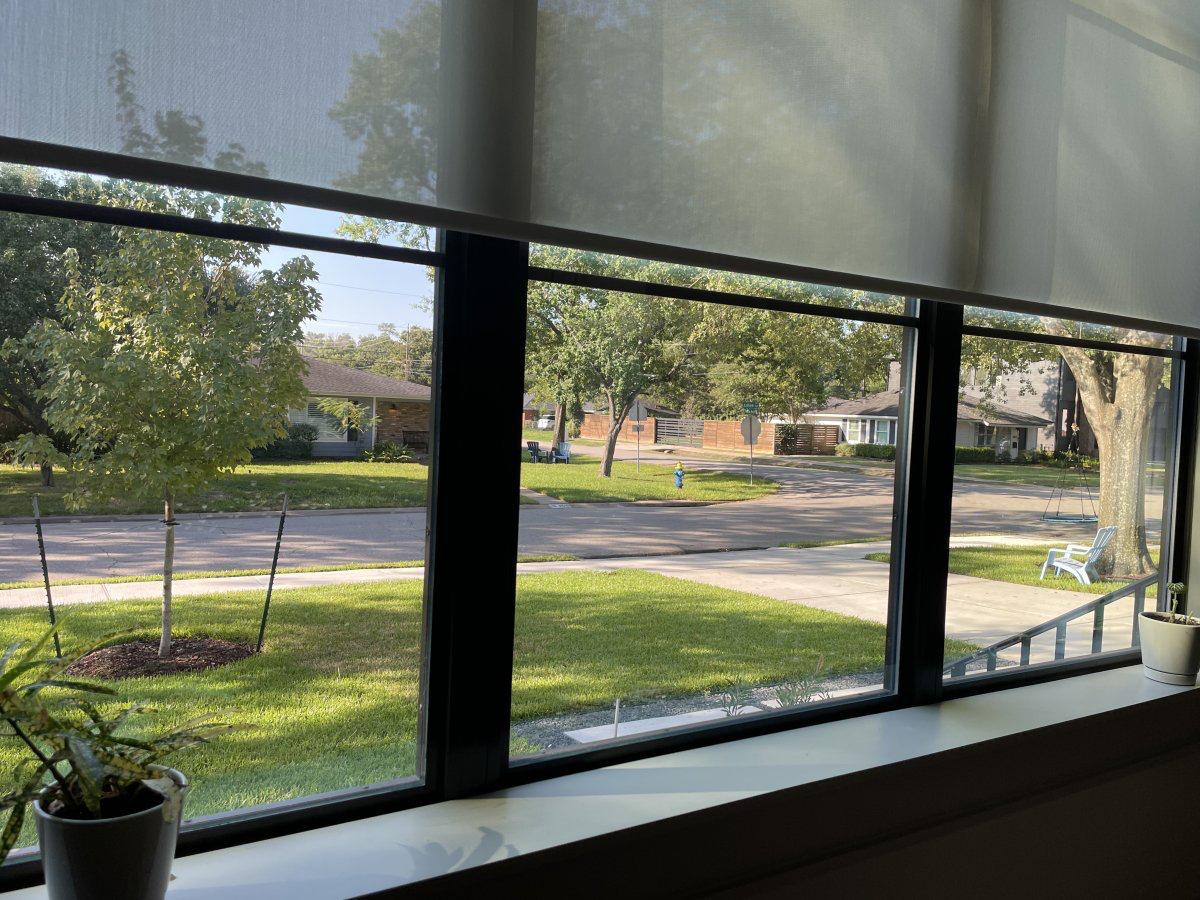 Me again... but this time helping Mr Delivery Driver. 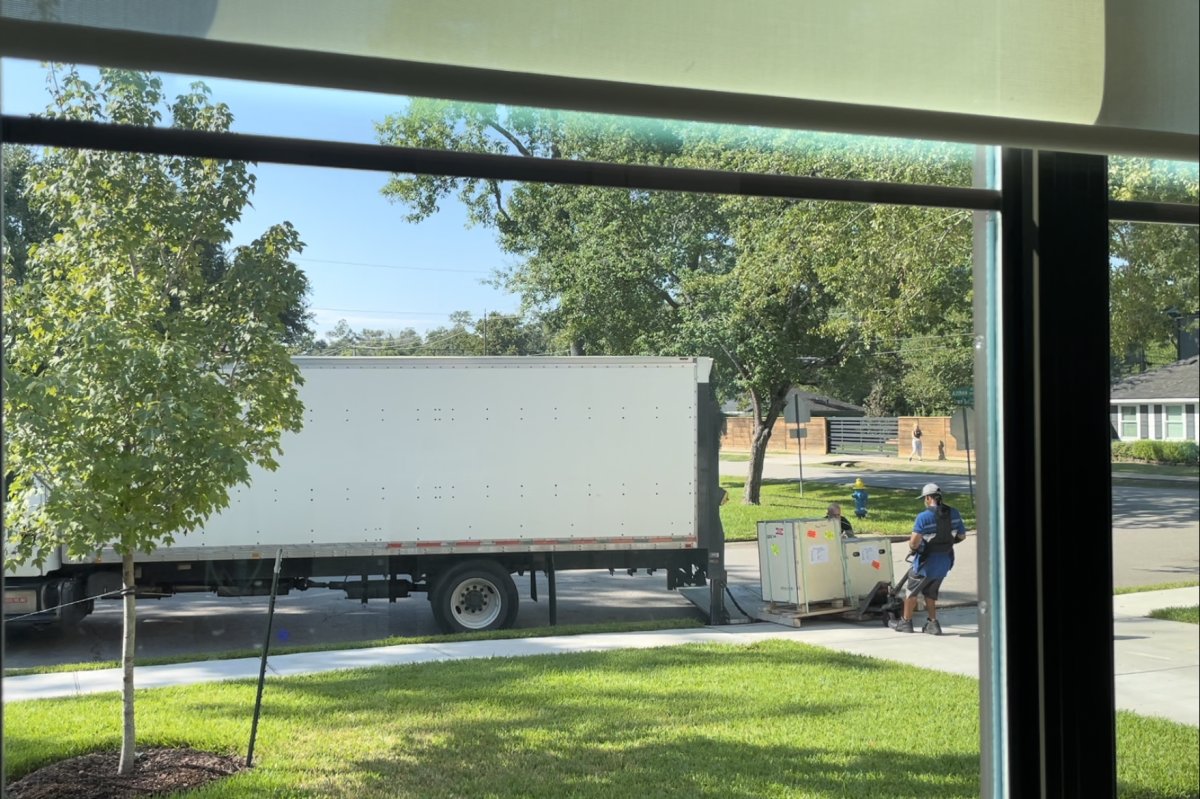 Alright, get that thing unboxed.