hey there,
which amino's would be beneficial to mess around with in a frag tank, aspartic acid seems like a popular choice, what about an amino complete supplement?

anything on this list that would be detrimental to a reef tank?

thanks for your time

Provide a stable environment with proper alk/calc/mag, with good light, and you'll be throwing the quickly growing corals away. No additional amino acids needed. It's marketing voodoo.

However, If you do proceed and get great positive results please share. I'll then start dosing my tank with my protein power……I'm certain my fish like chocolate!
A

Some are just simply AA like aspartic acid that are cheap and widely available. But other more recent AA supplements are based on actual testing of which amino acids are potentially beneficial such as the study linked above. Clearly their AA needs can be met by feeding alone as evidenced by our tanks but there is sufficient reason to believe at this point that additional supplementation of the right AA compounds could be beneficial to at least some tanks. And many reefkeepers have seen benefits from such supllements. Although it remains to be seen whether those benefits were due to direct absorption of the AA in question or potential indirect effects.

I'll stick with the voodoo.

Nice academic papers, but neither says anything about the corals not receiving the essential AA's through what they eat. I will draw the analogy to vitamins for humans. Most humans do not need a daily vitamin. The reason is that they get the minimum needs through what they eat. Unless you are starving your corals, the same can be said about the AA needs of your corals. 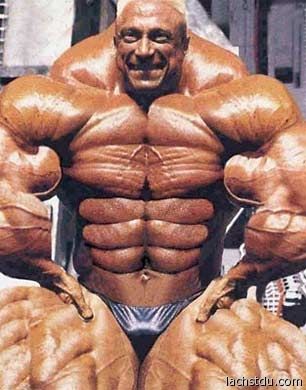 redfishbluefish said:
Unless you are starving your corals, the same can be said about the AA needs of your corals.
Click to expand...

How do you know that the corals need to be starving to derive any benefit from any AA? How do you explain the results shown by so many reefkeepers? Do you believe this to be true 100% of the time and with all AA compounds listed in the above study?


redfishbluefish said:
Nice academic papers, but neither says anything about the corals not receiving the essential AA's through what they eat.
Click to expand...

True. Which is why I never claimed as such. In fact I even said:

Adam Obenauf said:
Clearly their AA needs can be met by feeding alone as evidenced by our tanks
Click to expand...

Again, it's true that we don't need them. But that doesn't mean that they cannot be beneficial.

While I would agree with similar statements the claim that every AA compound is complete marketing voodoo in every scenario is not something I can believe without data to corroborate it. Particularly when so many tanks seem to benefit from it. Maybe you feed enough of the right foods where it doesn't matter and I don't *shrugs*.

Thank you for this papers Adam, very interesting. Here is very good reading about AA in reef tank from Tim Wijgerde http://www.advancedaquarist.com/2014/3/corals

I do believe addition of AA in reef tank has positive effect on coral coloration and growth from my experience, I do not know what are biochemical story behind it, is it direct or indirect, but it works. In many cases positive reaction of corals after addition of amino acid could be seen almost immediately - expanded polyps and after few days - better colors. Korallen Zuht strategy is based mainly on removal of all the nutrients and then addition of various AA and results hardly could be ignored.

I like acropower. When the bottle runs out (auto doser) I can generally tell with less PE. It's how I know the bottle is empty. Not that PE is a sure sign of anything, but I can tell *something* at least.

There are three possible ways that amino acids might be useful, and whether that holds in any given tank or not may depend on the circumstances.

The first way is as a building block for proteins. In that regard, the identity of the amino acids dosed will be important. Aspartic acid may be one of the more likely to be useful since it is heavily involved in calcification and is not internally synthesized in sufficient quantities. Since we cannot know how available it is in foods in a reef tank (where natural foods such as phytoplankton may be lower than in the wild), it seems a reasonable amino acid to dose. Exactly which others are useful in this regard, I am not sure.

The second way is as a source of nitrogen. It may be especially important in this regard when inorganic nutrients are low. Int aht regard, the exact identity of the amino acid may not be critical, as long as the coral can metabolize it. That said, I've never seen a list of which amino acids can be metabolized by corals to usefully attain nitrogen.

The third way is purely as a way of dosing organic carbon that is used by bacteria and other organisms as an energy source (just like ethanol in vodka or acetate in vinegar). Since it always contains some nitrogen, it may nto reduce nitrate as much as other organics, but it will may reduce phosphate while not letting nitrogen become too low for the process to continue. In this context, the only requirement is that some bacteria metabolize it, and I expect that is true for almost any natural amino acid.

I dose Elos aa with a notable difference in coral color

Without getting too sciency ( that's a word) it makes since to my brain that the ULN tanks would benefit the most from this product, but would the same benefit be gained simply from moderate to heavy feeding of fish?

Skimming and using carbon may also cause deficiency.

There has to be something missing in order for this to work.

Or as RHF hypothesized scenario 2 and or 3 may explain the benefit, but either way not sure how any would give an immediate response.

McMullen said:
Without getting too sciency ( that's a word) it makes since to my brain that the ULN tanks would benefit the most from this product, but would the same benefit be gained simply from moderate to heavy feeding of fish?

Skimming and using carbon may also cause deficiency.

There has to be something missing in order for this to work.

Or as RHF hypothesized scenario 2 and or 3 may explain the benefit, but either way not sure how any would give an immediate response.
Click to expand...

Since adding nitrate to some ULNS tanks seems to improve color, and adding aminos also sometimes improves color, I think the idea that it may be partly or completely a nitrogen effect is likely in some cases.

Any thoughts on the immediate effects, usually better PE? Could there be a food source present?

It seems that the bio processes in all three scenarios take time, rather arnt immediate.

McMullen said:
Any thoughts on the immediate effects, usually better PE? Could there be a food source present?
.
Click to expand...

I've always wondered about polyp extension and whether in situations like these it might relate to the "possibility" of catching something that it "smells" in the nearby water (like a dead organism that could be eaten) as opposed to purely the benefit of the chemical itself.

Like salivation when you smell good food. Obviously you are not salivation because the detected organic chemical is so desirable, but rather because it is associated with something good, like a chunk of actual food.

So are the amino acids (or other additive) the good thing, or just associated with the possibility of something else good?

Yeah, that's the question in my mind!

There is a positive correlation with addition of the supplements and improved PE, but the process of any organism utilizing aminos is not instant. Yet, many people report immediate PE, this is very interesting!

Right now I am playing around with dosing glutamic and aspartic, dosed daily, and equates to roughly 500mg of each per week. Too early to tell anything...good or bad..
OP

good info, thanks for the replies,

I tried a bottle of Acropower a while back and didn't notice any significant change in coral color or behavior. PE has always been great until recently which is totally unrelated issues. When dosing vinegar which I have been doing for years, and nitrate is reduced to undetectable on a test kit coral get light in color. Dosing sodium nitrate brings the colors back. However I have had stn issues after dosing nitrate. After digging up some old threads on vitamin c dosing, I was redirected to a website that also sold amino acids. I was wondering what amino's would be a good choice to mess around with. Would be worth a try if the end result is nitrate.
So, whether or not AA is beneficial to the coral or its is the nitrogen is an ongoing debate. I tried increasing feeding with a diy coral food, clams, oysters, shrimp, squid in blender, fish love it but once again no significant change in coral. From what I remember the shellfish should put all the aminos needed into the tank. Will be patient and wait until diesel perfects his AA recipe

where did you get that list from? it's interesting that hydroxyproline is on there as an additional amino acid to the usual 20. it's a component of collagens.

While indeed an amino acid being labeled as "non-essential" implies that the coral itself can synthesize it, it is still possible that dosing "non-essential" amino acids could have beneficial effects as it would spare the coral from having to synthesize them and precursors to these NEAAs could be instead directed towards other important molecules needed for growth/coloration, etc. that could really help in a nutrient-limited environment. I'm not necessarily saying that dosing AAs clearly has benefical effects, but just throwing this possibly out there.
OP

While it is likely fine to use, do not assume that this product in free of phosphate. The "protein" ingredients are a few percent phosphate by weight. Not enough to be a problem for most people, but not zero.