Rating - 0%
0   0   0
Hello fellow reefers,
I want to share with you how i caught my gorilla crab.
At first i noticed one of my Kiwi zoa colony lost about 10 polyps and i was like :cry:...And it was not until one night i got up at 3am to grab some water, and decided to look at the tank that i found him on the colony. Black tip claws and hairy body made him an easy ID. Over the course of 2 weeks i tried the tipped glass near his hole, but all i could trap were some dump hermits :xd:. Yesterday i decided to remove my Chromis and Blue velvet Damsel, it got so bad i had to remove 40 LB of LR. Placing all the LR on a Towel for about 10 Minutes The Bugger came out of his cave and using my Ceramic tweezers he played the tug war and lost a leg or two. The feeling i got after capturing him was indescribable. 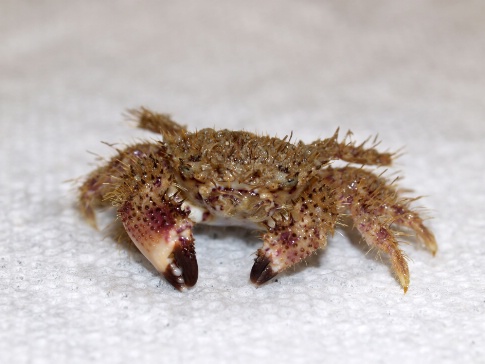 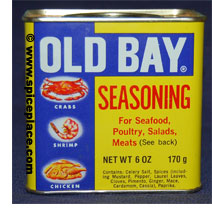 Rating - 0%
0   0   0
Funny how it's so gratifying to win a battle over such a tiny animal.....I typically do a victory dance and then verbally abuse the stinkers!
OP

This guy drove me nuts for months.
When I finally got him, his body was about 2" across. :tape2: 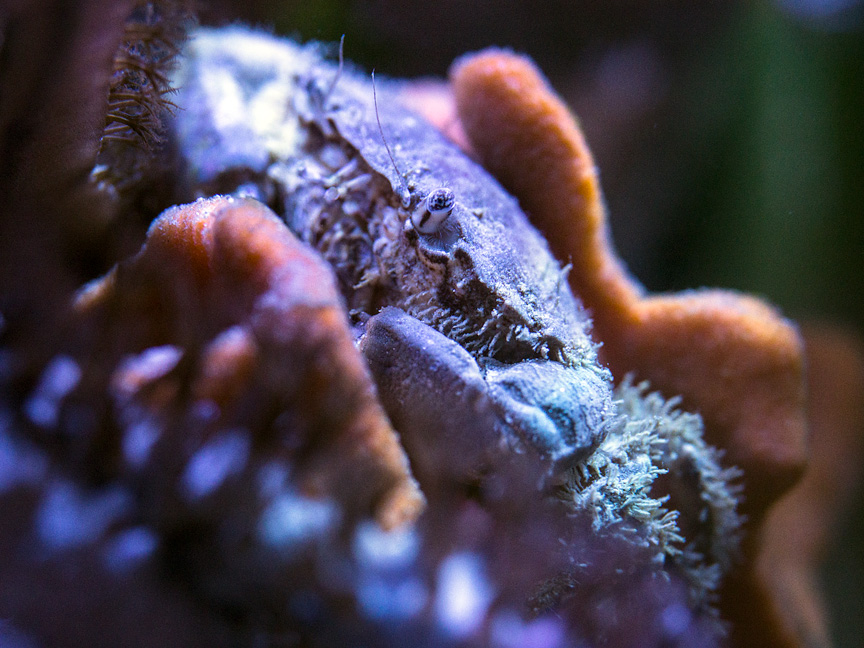 Rating - 0%
0   0   0
Mine hitch hiked on a huge sponge i got as a deal for buying my tank. At the time i thought it was some regular crab cus the body was white. Biggest mistake was to overlook him. Lost many zoa frags and it was not until i started losing my kiwi zoas that i got serious about his removal. Nasty critters.
Cheers.

H
How to catch Gorilla Crab

R
Acro crab or something else?

Do gorilla crabs kill other crabs?
2

R
Unknown crab on my Acro

Pom pom crab arriver dead, can i save the anemones?