I have had several saltwater aquariums in the past of all different shapes and sizes and loved them all. However, this is my first build thread. My last tank was a 90-gallon aquarium where I was growing Acropora. I loved the challenge of getting them to grow and to thrive in the environment I built. There was a tremendous sense of accomplishment that came with seeing them grow. I learned a great deal from the successes and failures of those tanks, and I look forward to implementing what I learned with this next tank. 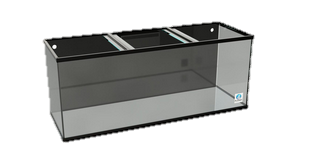 Tank
Right now, I’m looking at getting an 8-foot glass aquarium from Planet aquariums a wooden stand also from Planet Aquariums. The new tank will hold 315 gallons with a bare bottom and an external overflow. I will be most likely implement the bean style drain. The tank will drain into a custom 72" sump from Advance Acrylic. 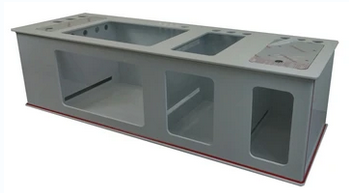 Filtration
For filtration, Royal Exclusiv Bubble King Supermarin 200 Protein Skimmer. In addition to the skimmer, I will use the filter socks. Other than running a carbon reactor when necessary, that will constitute the bulk of the filtration. The sump is large enough to where I can add refugium in the future should the need arise. The water will then be feedback to the display via a Royal Exclusiv Red Dragon 3 Speedy Pump 230 Watt (6340 GPH). 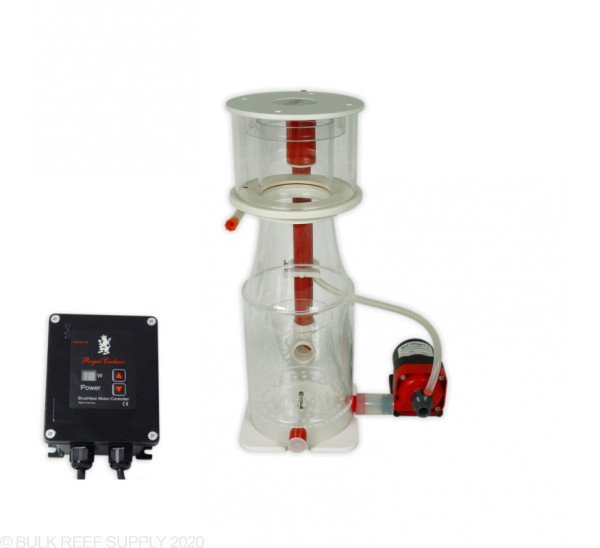 Water Changes
Water changes will be done automatically with a Neptune DOS. Right now, I’m thinking about doing 7 gallons a day from a 200-gallon saltwater reservoir. I will monitor the saltwater reservoir and freshwater with a Neptune FMK. A Varios-4 will be used for mixing the saltwater. I’m lazy; thus, you will see a lot of automation in this build. I will use Tropic Marin pro reef salt. 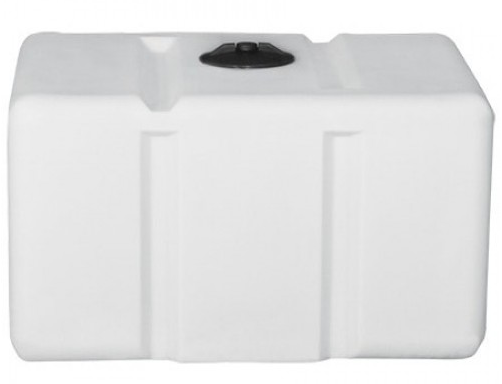 Dosing
I will start with BRS Kalkwasser until the demand goes up. At that time, I will add a Aquarium Engeneering calcium reactor. It will be feed off the return.

Lighting
Lighting is is a subject that I’m going back and forth on a lot. Right now, I think I will start with 3 Radion V5 Pros mounted on the RMS track. I’m also thinking about getting two tracks to hold 6 XR-15, that way I have more control over different parts of the tank. In the future, should the demand for light go up, I will simply add anther XR30 or two more XR15’s. I love the look of this; I just can’t stop thinking about the added benefit fo adding some T5. I just think it would take away from the overall look. That being said, the coral’s health is the top priority.

Stocking and Rock
I don’t have a complete list of fish I would like to add to the tank. I will undoubtedly add tangs to the tank. I have four young kids, so I'm sure a few fish from Nemo will find their way into the tank. Also, there are several Angle fish I would love to have in the tank. The problem is the corals I will most like keep. Along with several wrasses to help pick off any unwanted guest. Being a bare bottom tank, I will have to be careful with which wrasses I pick.
This tank will be dominated by Acro's. However, the wife loves the look of zoanthids and paly colonies, so I think I will have to have a few of those, thus, the problem with Angle fish. I’m sure the list of fish will evolve. However, right now, my priorities are getting the environment ready to support Acro’s.

Rock
I will use dry rock. I plan on ordering roughly 350 pounds of rock from BRS, some of it will go in the sump. Since I’m using dry rock, I’m going to let the tank cycle for four months with no lights with Dr. Tims and a couple of fish, probably a clownfish for the kids. Having to wait four months will be the most challenging part.


Flow
I’m a huge fan of the Maxspect Gyre. I will have one each side of the tank. I will also use a couple of MP40 for additional flow, and to help keep things from settling on the bottom. They will be connected to a backup battery.

RODI
I have a 7 stage RODI with BRS media, along with two TDS meters.
Heating
For heating, I will use an electric heater controlled with the Neptune controller. I'm also thinking about adding a rain bird in there since I read an article that stated controlling the heater with the Neptune energy bar can cause the socket to quit working. Additionally, it will provide some backup in case the heater malfunction or a temp prob goes out.

Power
I have talked to the wife about running the whole tank of solar and batteries. Since I'm using DC pumps, and I live in Texas; heat is not a real problem. This is still very much up in the air. It would just be nice to know that should the power go out, the tank will not.
Last edited: Dec 7, 2020

Slave to my wife's reef desires

Looking forward to seeing the progress on this!
OP

mcshams said:
Looking forward to seeing the progress on this!
Click to expand...

Thanks, I'm really looking forward to it.
OP

Cleared some room in the garage for two water storage containers. Both will hold 200 gallons. As of right now, I'm just trying to figure out the best way to laying them out. I'm thinking of building some shelves out of 2x6's. Or getting some heavy-duty shelves at the HD. I'm just not sure if they are strong enough to hold 400 gallons of water. Either way, I will go pick up the contains next weekend. 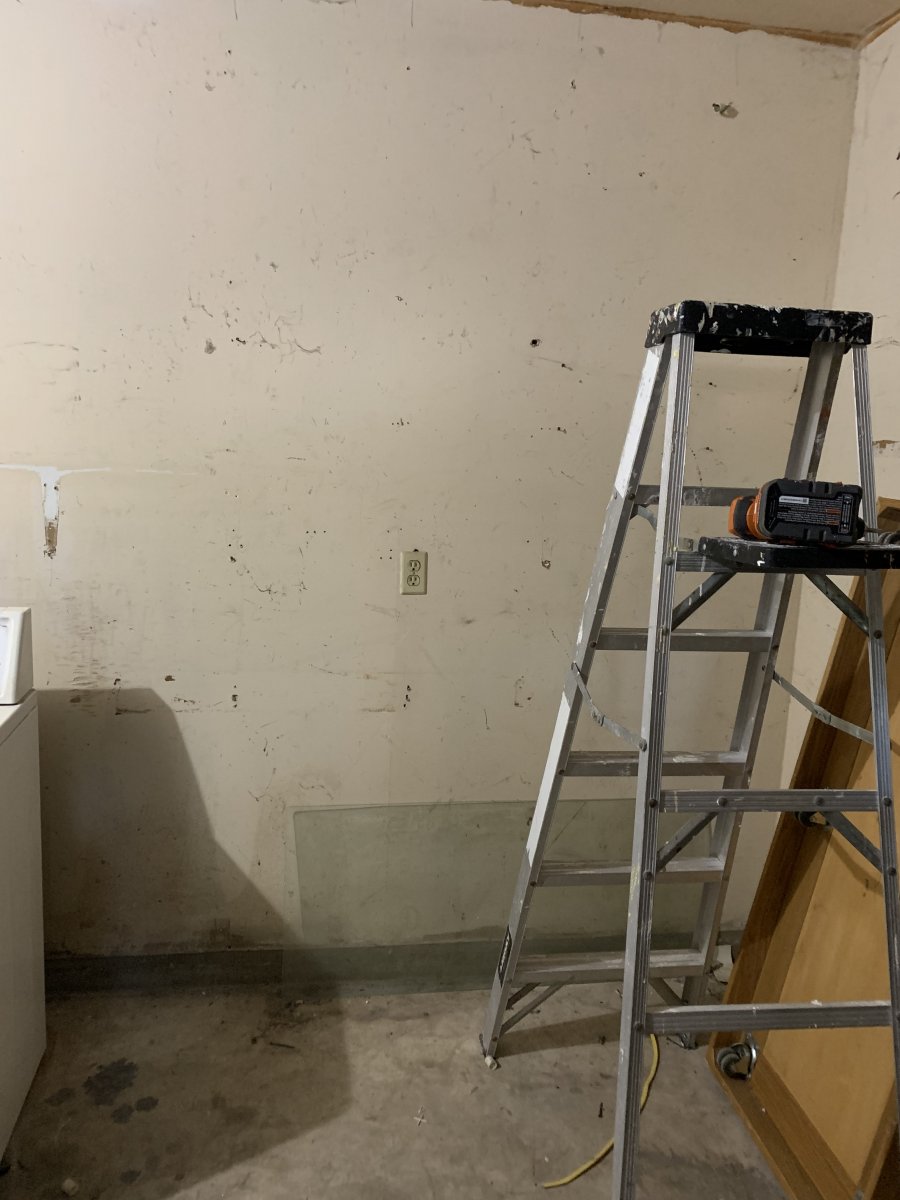 Sounds like you have a great plan. Can't wait to watch this one come together.

What will be the dimensions of the 215??

I was pricing water storage containers. I can't believe shipping is almost as much as the container. It's hard to believe they don't have any in San Antonio
Last edited: Apr 27, 2020
OP

I forgot to include UV earlier in the thread. I'm looking at getting a 40 watt from BRS. I'm still up in the air as to its affectiveness however, I think it has the potential to do more good than harm.

Possible small change, we put a competitive offer on a new house, should get the house I would have a dedicated tank room.
C

Hope you get the house. You will love having an dedicated fish room. Pulling for you.

Well, it's not the house we had in mind, but it will still have a tank room. 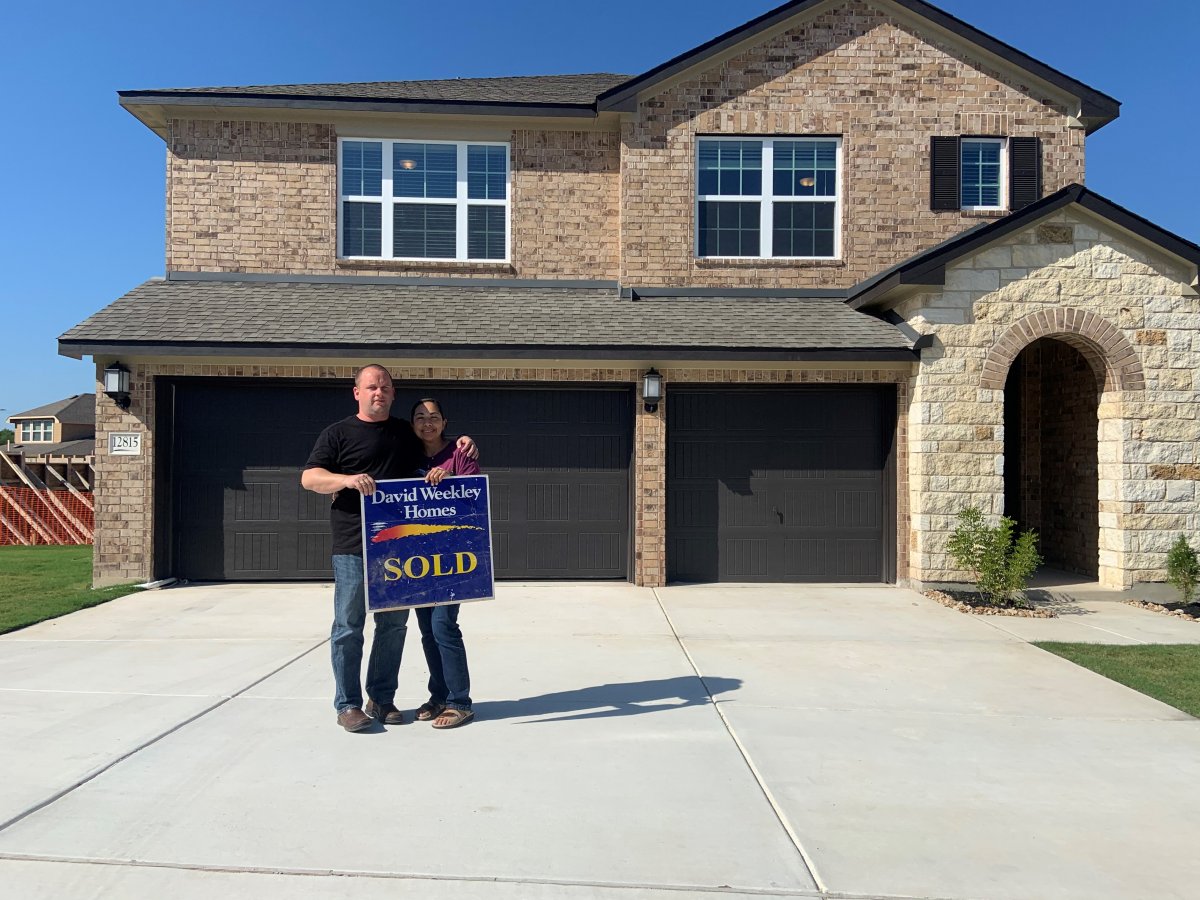 cmaxwell39 said:
Hope you get the house. You will love having an dedicated fish room. Pulling for you.
Click to expand...

Thanks to our kids getting bored on Saturday, and wanting to go look at houses. We ended up buying a new house directly from the builder. It will have a tank room and an inwall tank. I'm very excited about it. Once we move in I will start posting pictures of the soon to be tank room.
C

That is awesome. Congratulations.
OP

cmaxwell39 said:
That is awesome. Congratulations.
Click to expand...

mattgsa said:
Well, it's not the house we had in mind, but it will still have a tank room.

Now that’s a house! Glad you got your tank room. I don’t think that dream will ever come true for me living in Silicone Valley. Congrats! Guess the tank build is going to be a bit delayed, but even more epic!

Gablami said:
Now that’s a house! Glad you got your tank room. I don’t think that dream will ever come true for me living in Silicone Valley. Congrats! Guess the tank build is going to be a bit delayed, but even more epic!
Click to expand...

Give it time, it wasn't that long ago I thought the same thing. What do you do in Silicone valley? I'm assuming computer programing.

I’m an MD, but around here that doesn’t have the same financial implication as it does elsewhere. Most of my neighbors who are in tech probably make a lot more than me.

It is beautiful! Congratulations!
OP

I called up Tank Depot today and paid for two water storage containers. One is 200 gallons, and the other is 100 gallons. I plan on using the 200 gallons for saltwater since most buckets of salt do somewhere just under 200 gallons. The first batch will set the water level for future batches. That way all I have to do is fill the container to the needed level, and dump a bucket a salt in and let it mix. The hundred-gallon tank is for RODI.
OP 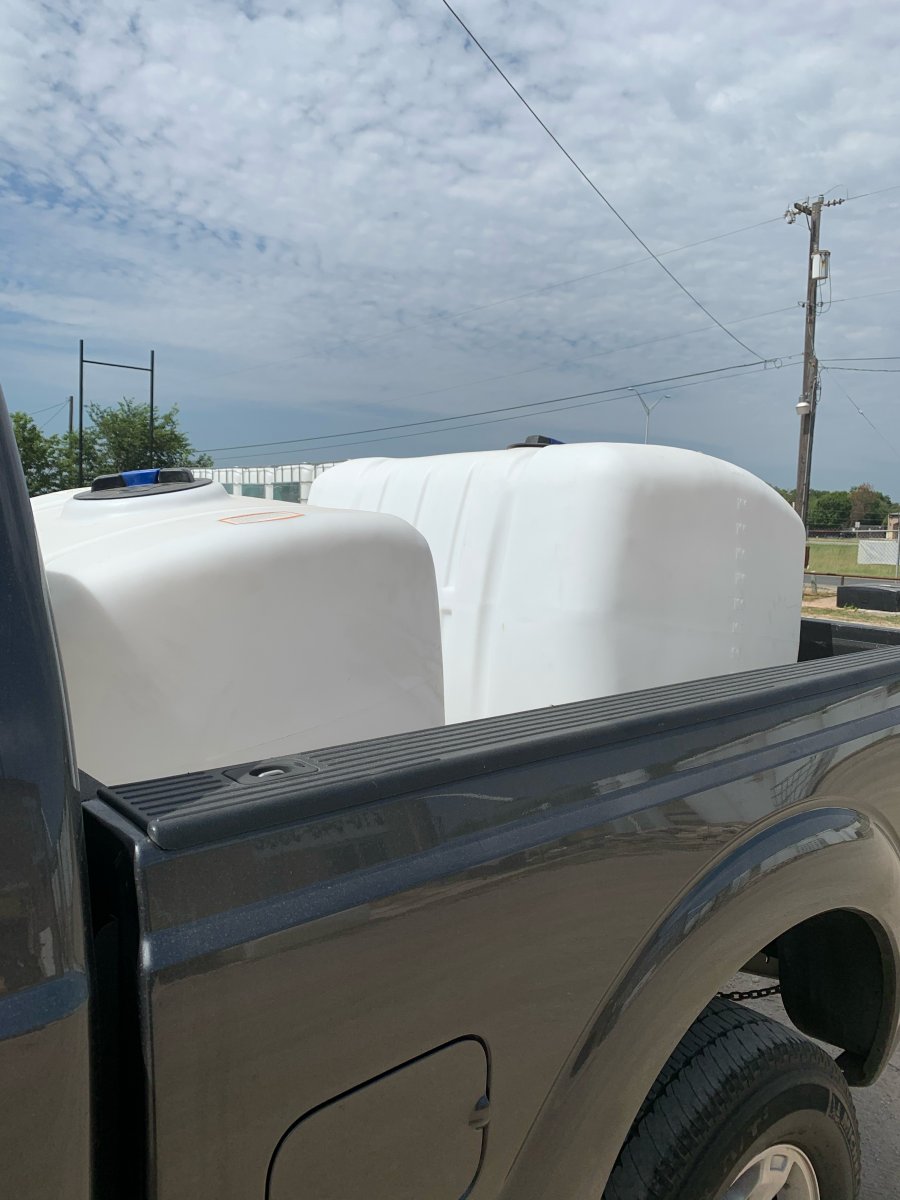 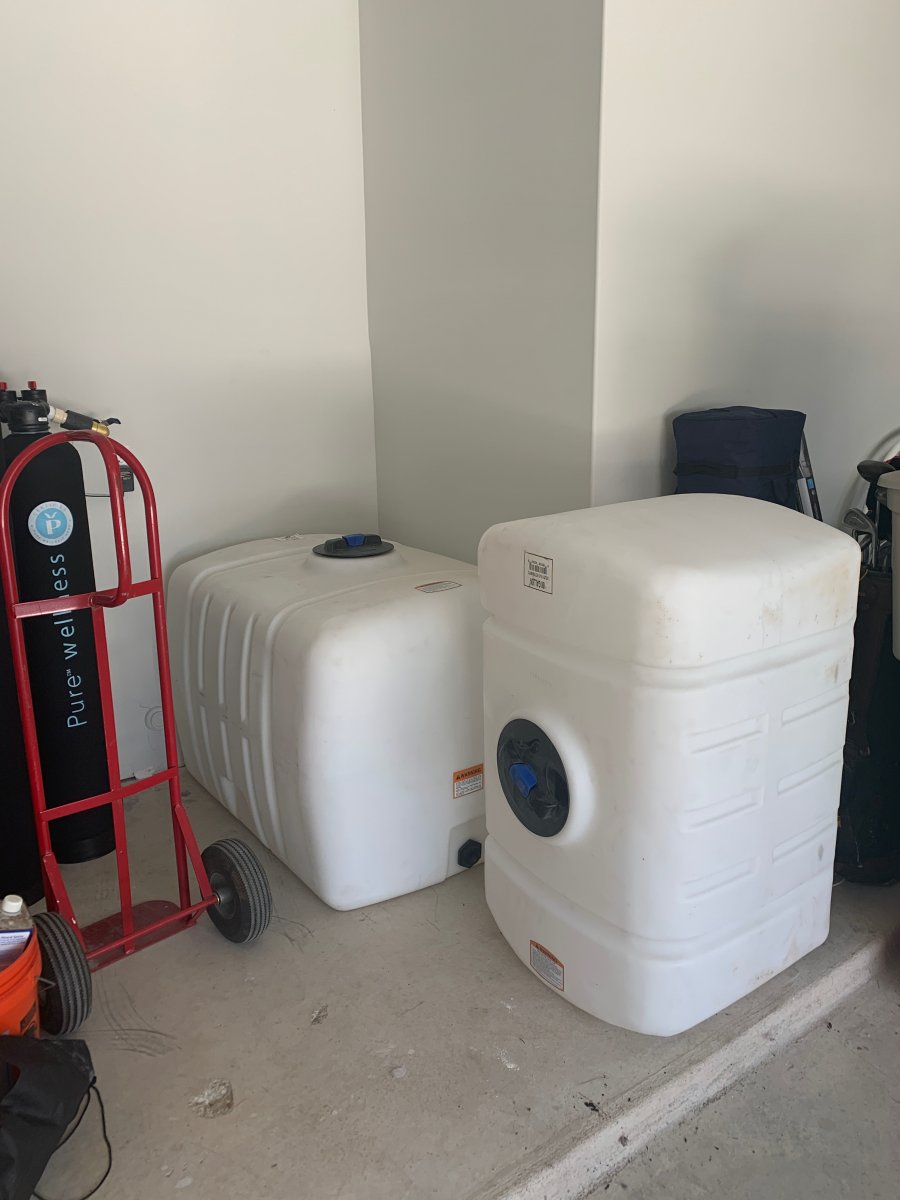