I picked up a used 150 gallon tank with a 30 gallon sump and stand on
. This tank was fully plumbed and basically turn key.

Sand
(Is not in my tank yet because I still might have to move my tank in the next 2-3 months so it’s in a 27 gallon trash can because I also still have to rinse before I will put in tank.

also came with 2 extra 33 gallon trash cans with wheels and RO/DI water filling set up. An ATO tank(without the ato).

update as of August 17th 2021:
I have now acquired a 20 gallon QT a filter for that. 2 temp checkers one for each tank. 2 heaters 300w one for each tank(for the coming winter). And a chiller from JBJ arctic 1/3 HP(got this one used for almost 1/3 the price of new) only need elbows and plumbing.(probably going to wait to see where it’s being moved too…)

I picked up a cheap $17 zoa and put in my tank to watch and see how stable my tank keeps it. I have a 3” foxface rabbitfish and a purple fire fish goby currently in QT waiting for a black frostbite clown and a regular frostbite clown(these should be here later this week). All will be kept in the QT tank with weekly 15-25% water changes and will start the copper once the clowns get here and get stable.
After about a month I will see where we are at with the display tank(really waiting to see if we are buying a house or buying a 5th wheel.) and from there we will just slowly add some new stuff.
Eventually I would like to take a clutch from my clowns and do a harem with a bunch of BTAs with like 2-3 different variations in color. but that will be later as I need to get the simple stuff for a tank down first. 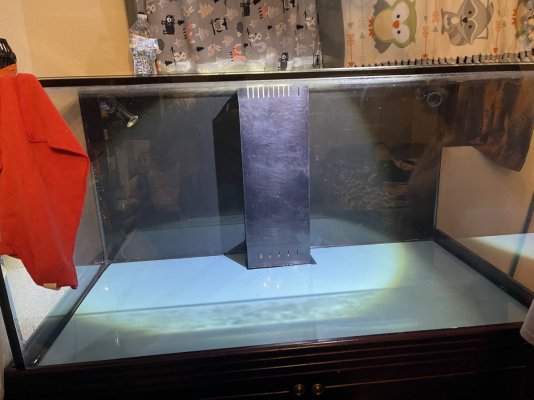 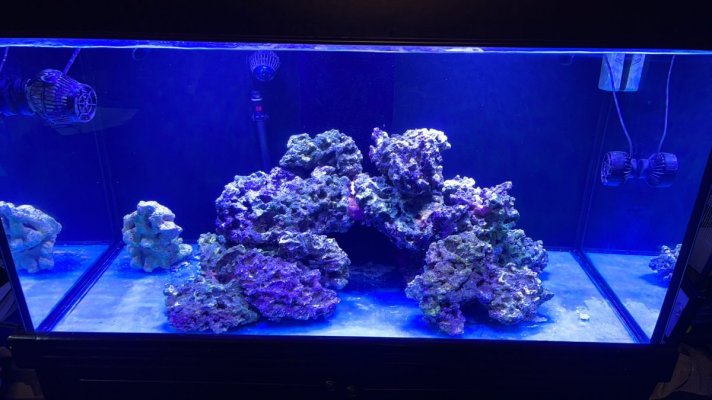 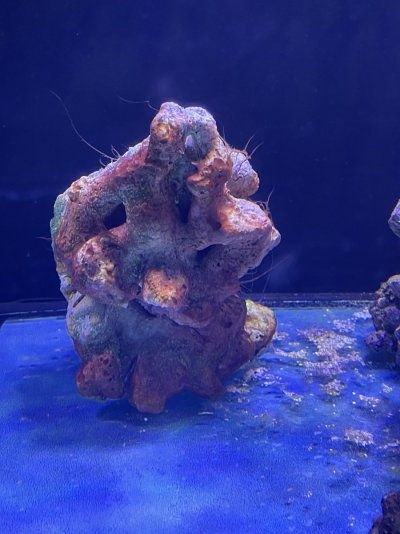 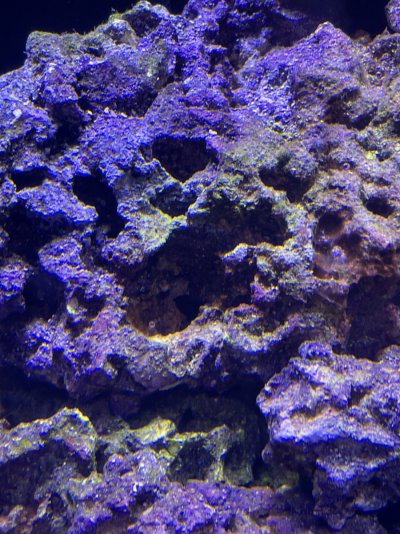 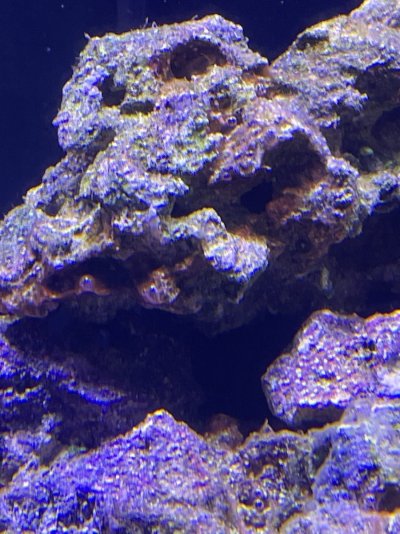 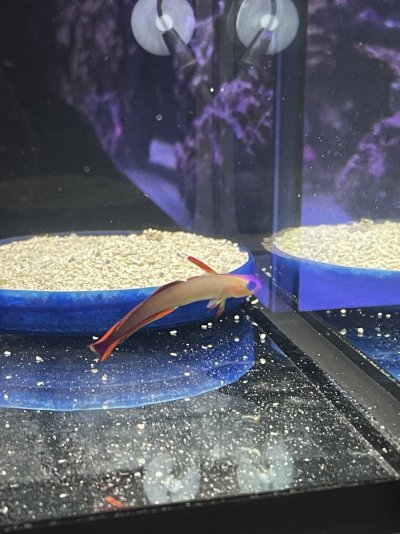 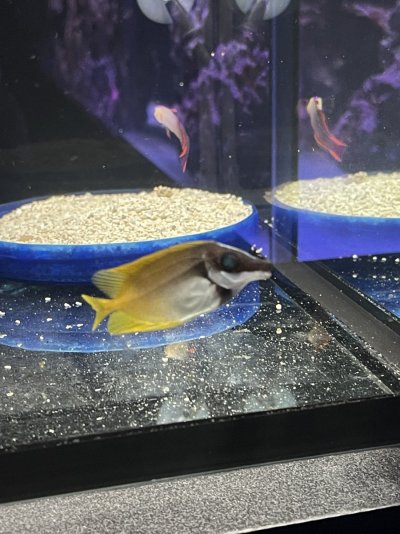 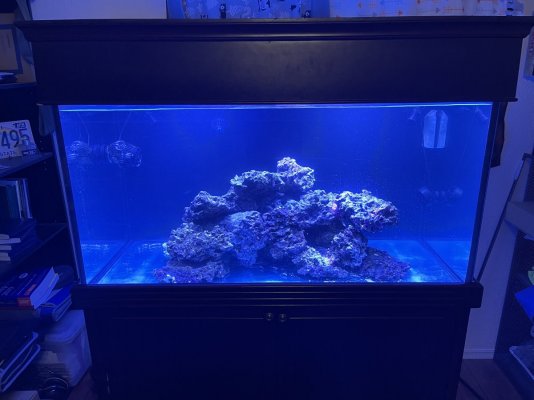 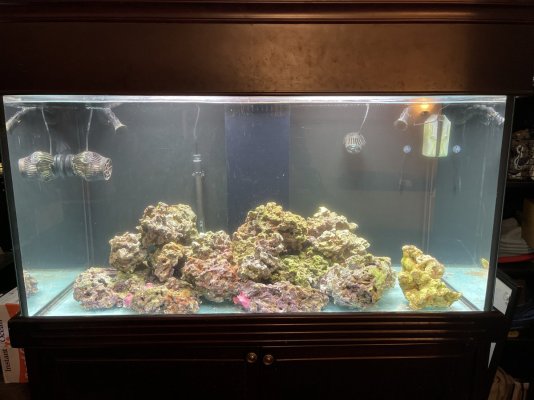 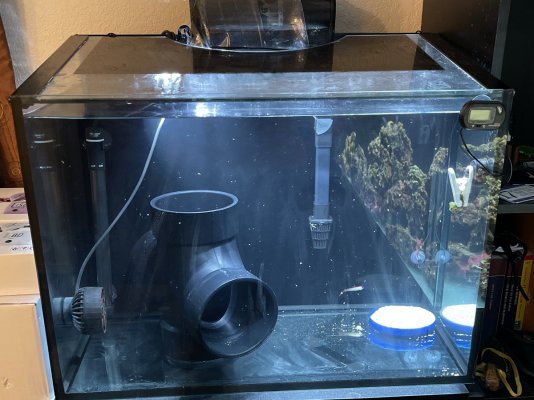 Looking like you are off to a great start! I had frost bite clowns...they were so bad I had to remove them. They kept chasing my Firefish.
OP

Update as of 09-15-2021;
I ended up saying screw it and added some sand. The goby just looked super sad and honestly when I added it it has been non stop digging and building new resting spots.
My first foxface died in the night and was eaten by a powerhead…(looked weak from the moment I got it) they sent me a newer one, slightly bigger. 4-4.5 inch’s. They told me they already went thru QT and they had no problems with this fish… I watched him for a day then decided to plop him in the display with the fire fish. They are both happy and healthy now.

As for the clowns……. I am still waiting. Company keeps going round and round. They won’t give me my money back but they keep saying they are checking up on where the fish are at….. this is getting really annoying seeing as the clowns are what I wanted from the start… I got the other two fish because I felt it was way too big of a tank for 2 small clownfish. I guess I can only do what I can do. It’s been 5 and a half weeks since I ordered them.

since adding the sand I have had a second wave of red algae growing on rocks and sand Bed but nothing crazy. I am already seeing a little bit of the purple cover the white areas where the Caroline(lol don’t know if I spelled it right) algae died. Sad news… the guy who gave me the tank didn’t tell me he buried some corals in the sand… so when I was cleaning the sand almost 3 months later I found the remains of rotting corals…… ohh well can’t do anything about it now I guess.

I know it’s an unpopular topic but I was also given 4 Rose BTA’s so they have been in my tank for a little over a week now. They are all doing great and have all eaten. Their coloring is awesome and just slowly keeps improving. Took me a minute to get the lights right… I thought I needed brighter more intense lights. Turns out I needed to turn these down to keep them happy.

The test zoa I found out is actually (potentially) a poly… I don’t think I am going back to that LFS store because the people didn’t seem to know what they were talking about. They also had some sick fish and one of the staff told me they don’t QT anything. But anyways the zoa(poly) is growing on its plug in the sand there are now 5 heads and they are all looking pretty good.