Variant said:
Whatever happened to you prognathodes marcellae?
Click to expand...

You mean my Forcipiger flavissimus?
i explain it in the post #261, i had to remove him, he was getting through my acros literally.
Back to the lfs, my first one never touched a single polyp!

All frags made it alive and in good shape.
I will post a few pic in the coming days.

juicy fruit (bottom right) vs graffiti
the little coral is nice enough and different of the graffiti to justify the buy.
lol rationalization as one of my reefing buddy would say... 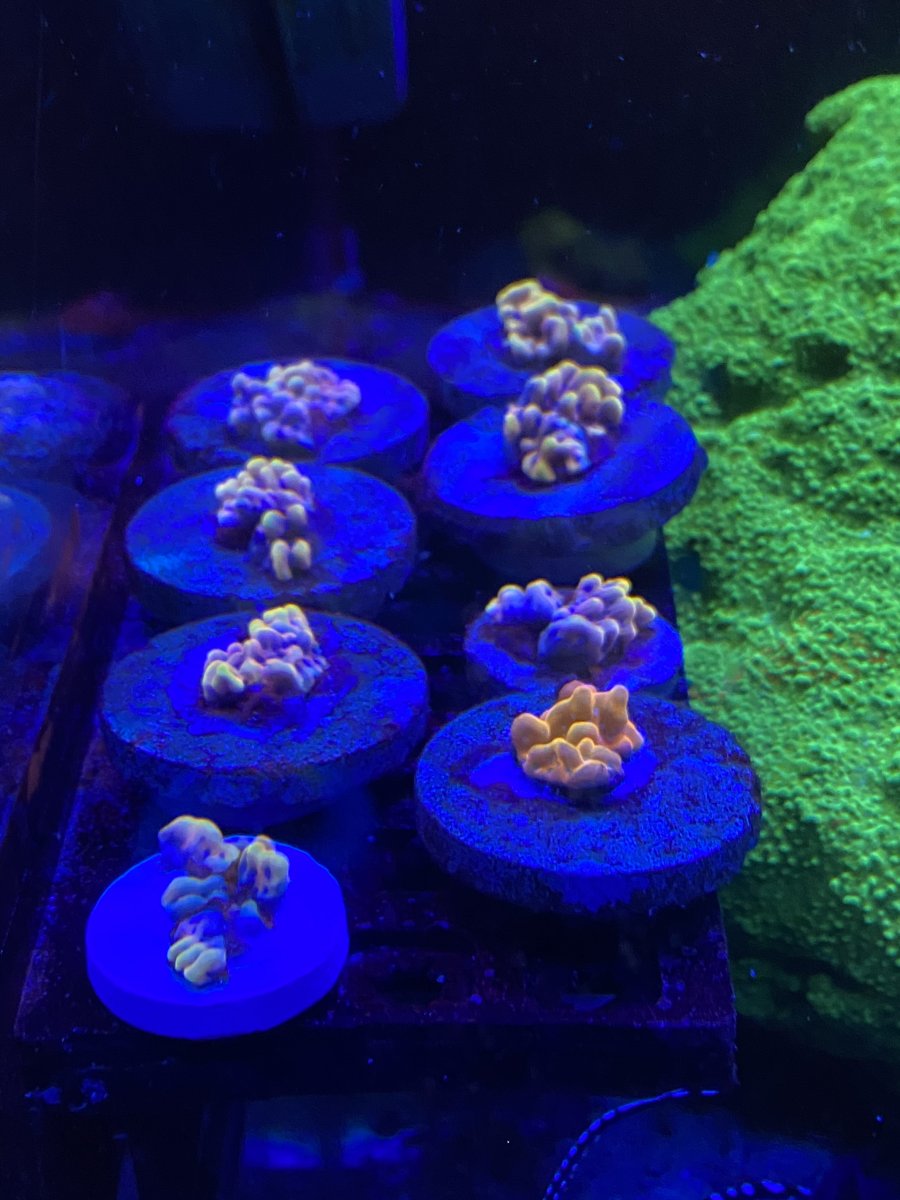 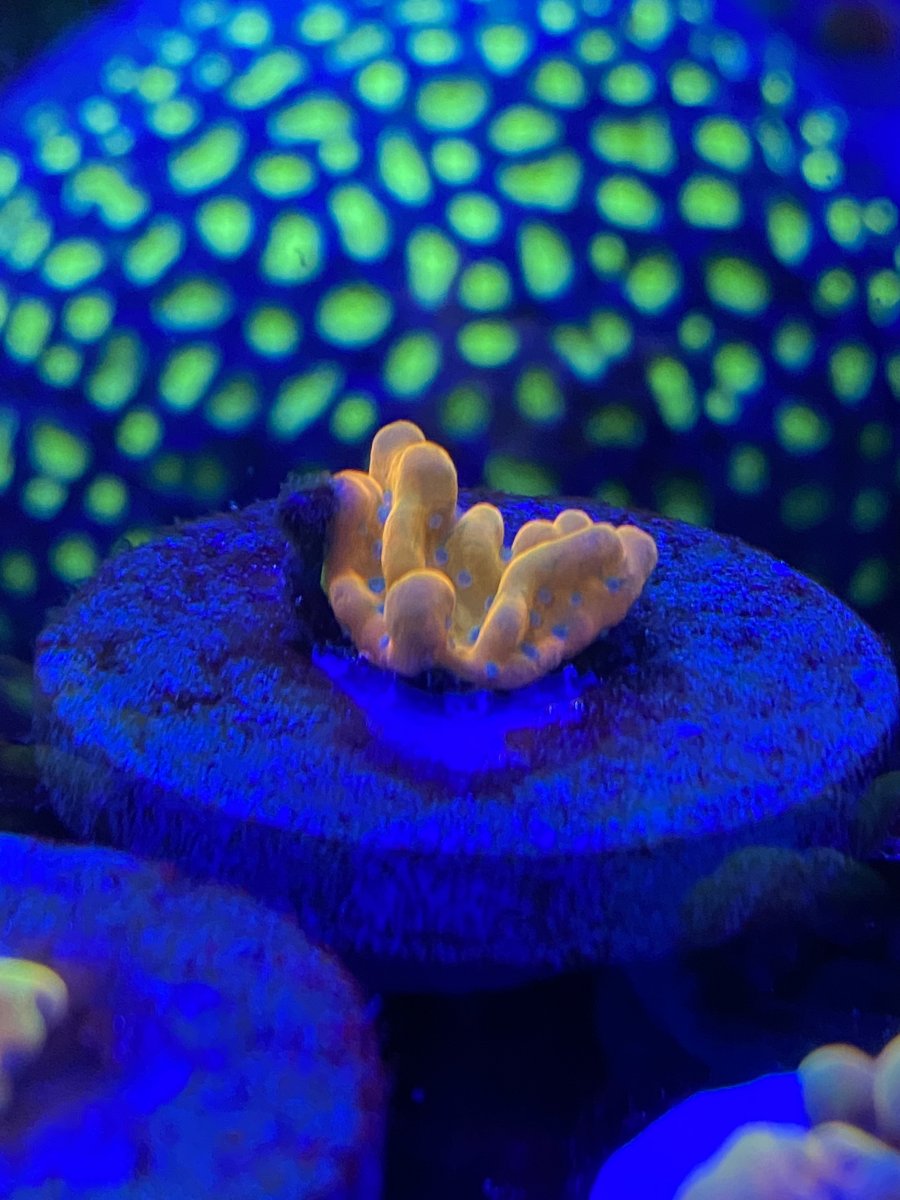 The frags in daylight
edit: the pink lemonade went rtn the 20th of june 2021 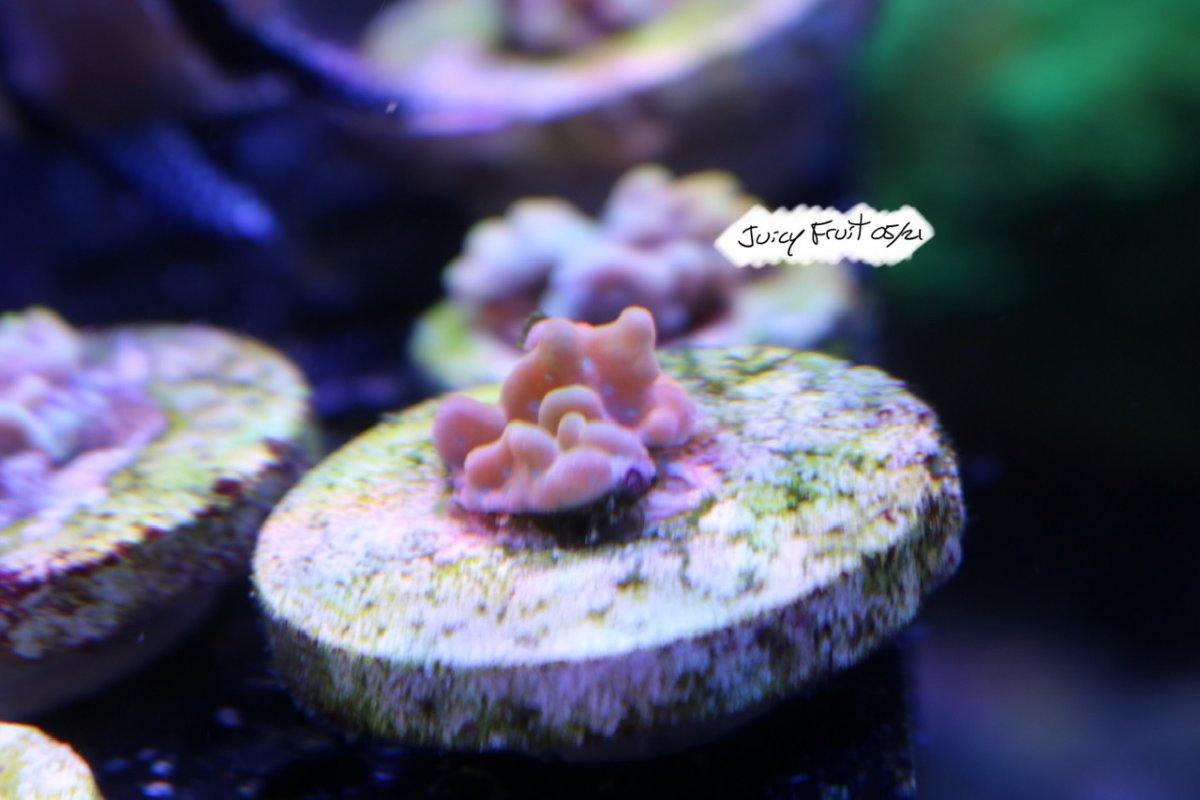 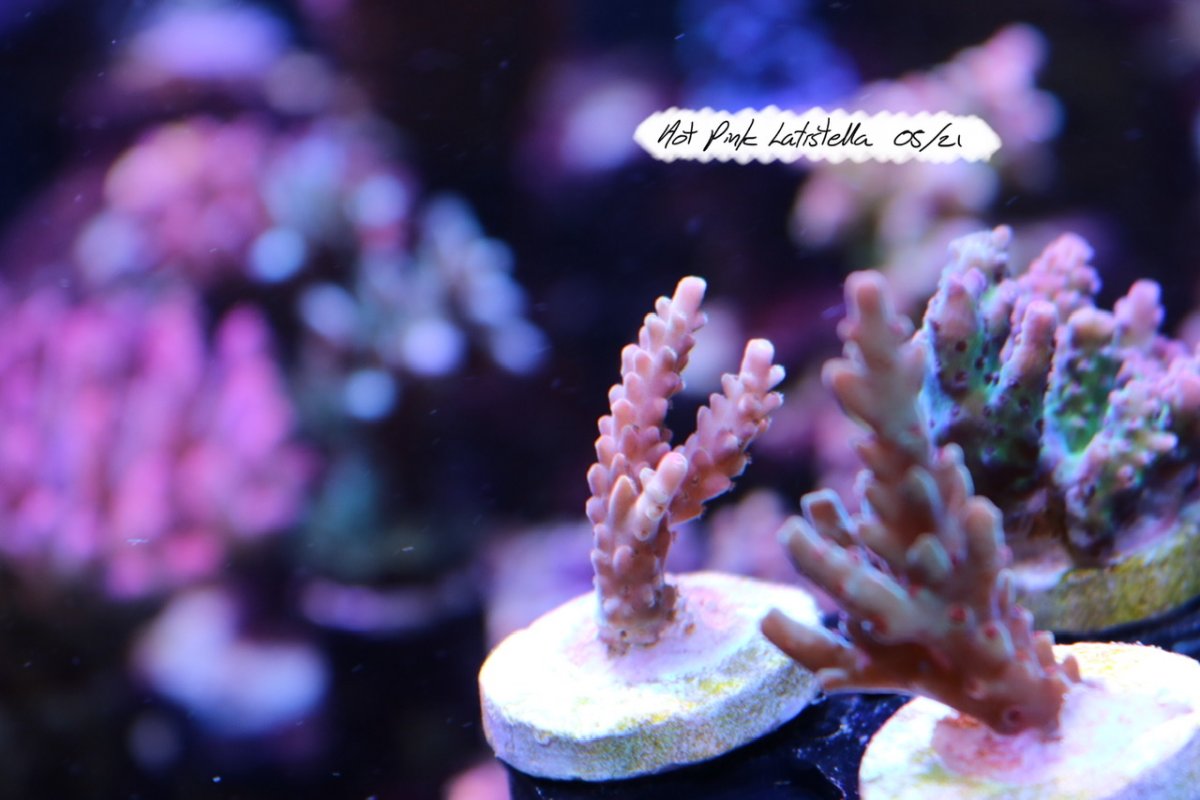 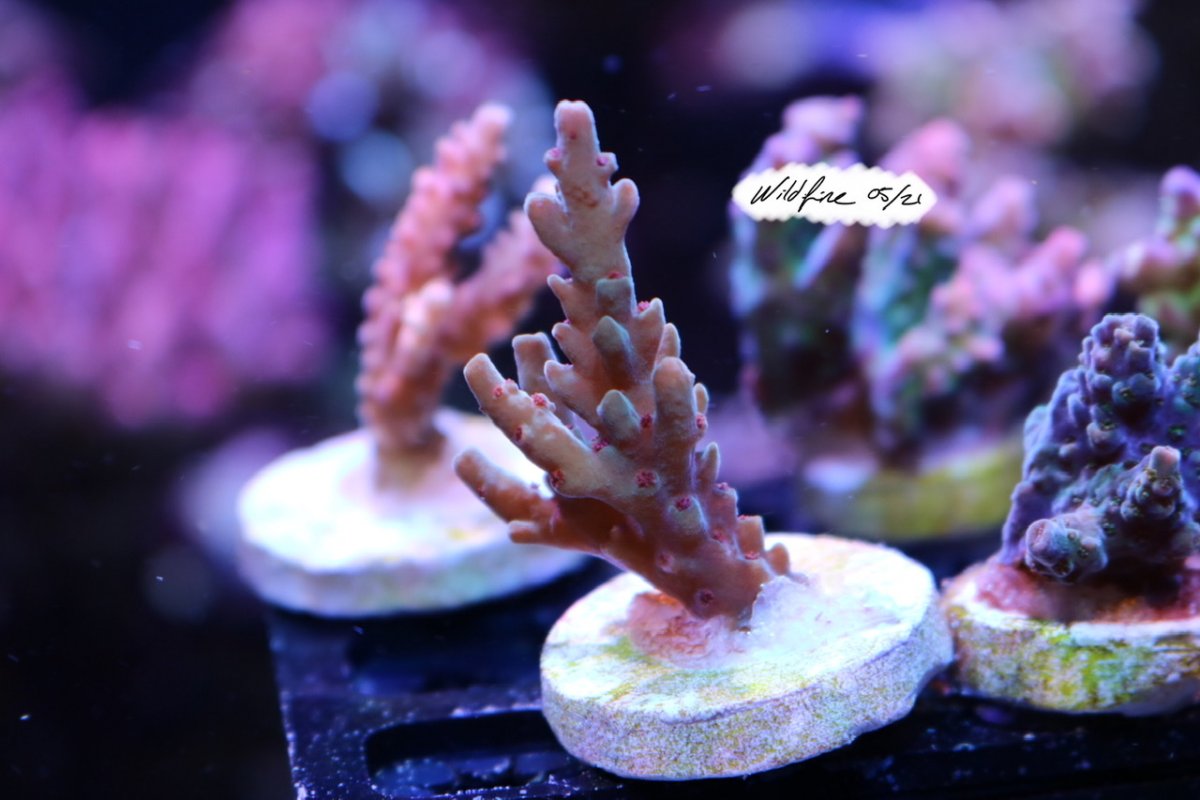 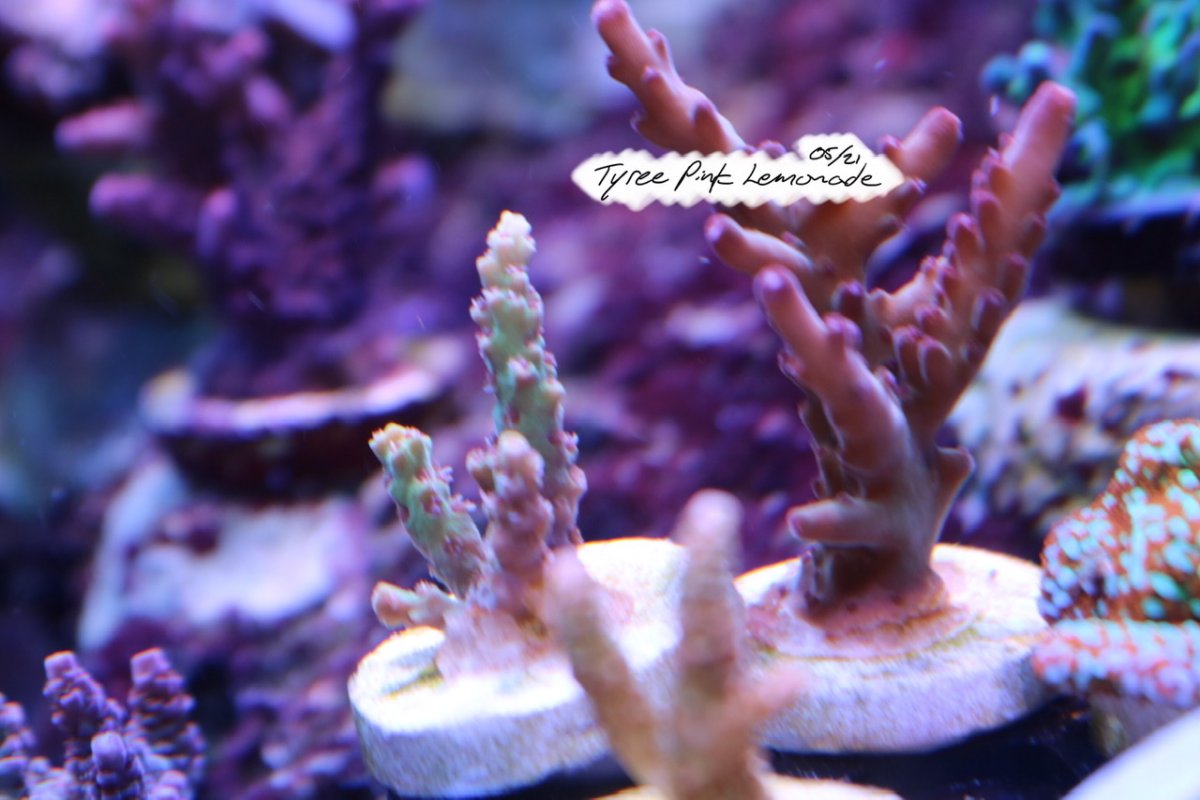 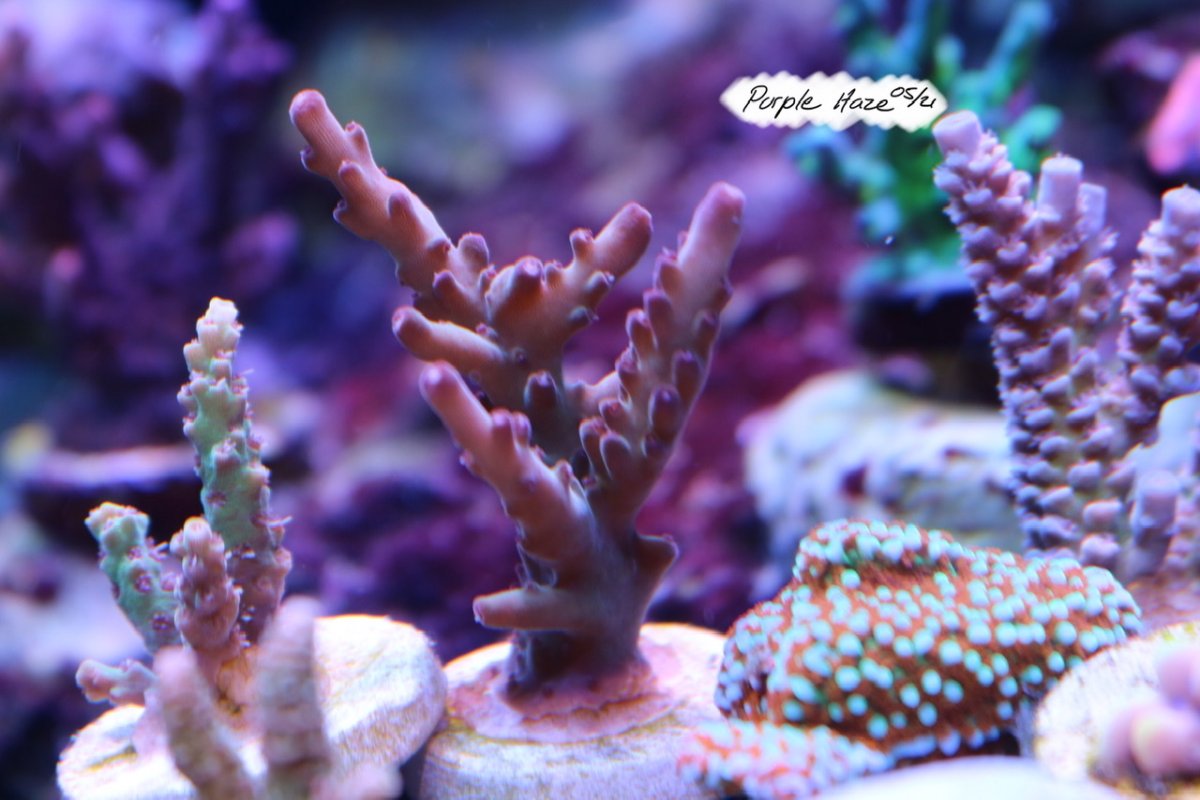 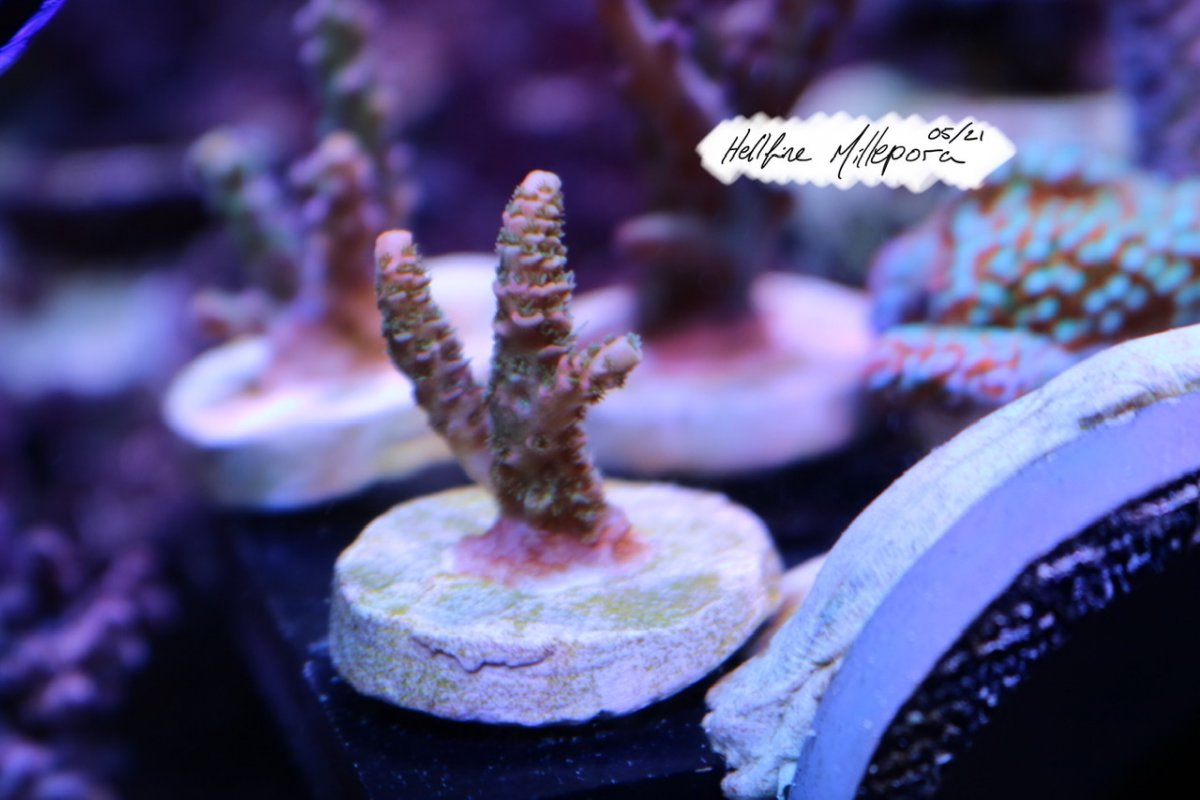 I had to remove the frag tank, the flow from the display was not sufficent to keep the temperature in check (the system run on a 1/8 hp chiller).

Rehomed the few lps that were in it in the tank of a friend at least until i got some kind of frag system back in place.
It should be a part of my next sump (old red sea sump with some mod), i will make it easier to maintain in the same time.

I'm presently building a new stand, it will make 6 feet long and 3 feet high, little longer than the present one to get everything inside and less high to allow better visibility once seated.
The switch might happen near the end of june... i think

Also getting a new skimmer that should give some help with the nitrates.
It's a bubble king double cone 200, should be up to the task.
When i get it (next friday if all goes well) i'll do an icp at the same time.
The shop take care to post it with their own tests, less chances to get lost in the process.
The one i did last winter never made it...

After the tests i did yesterday i decided to restart using rowa to get the po4 back in check.

So far so good, the plan is for him to do predation on the bugs that can bother the corals. 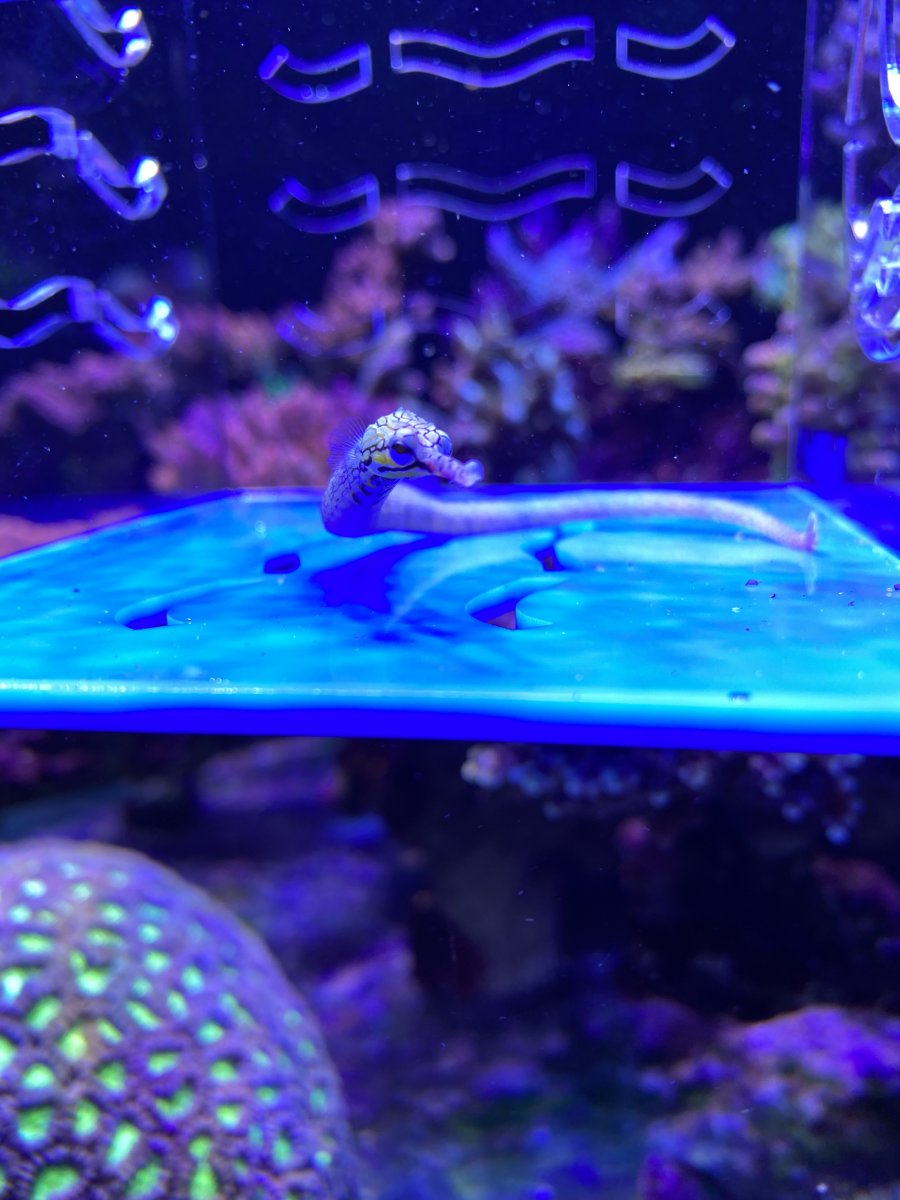 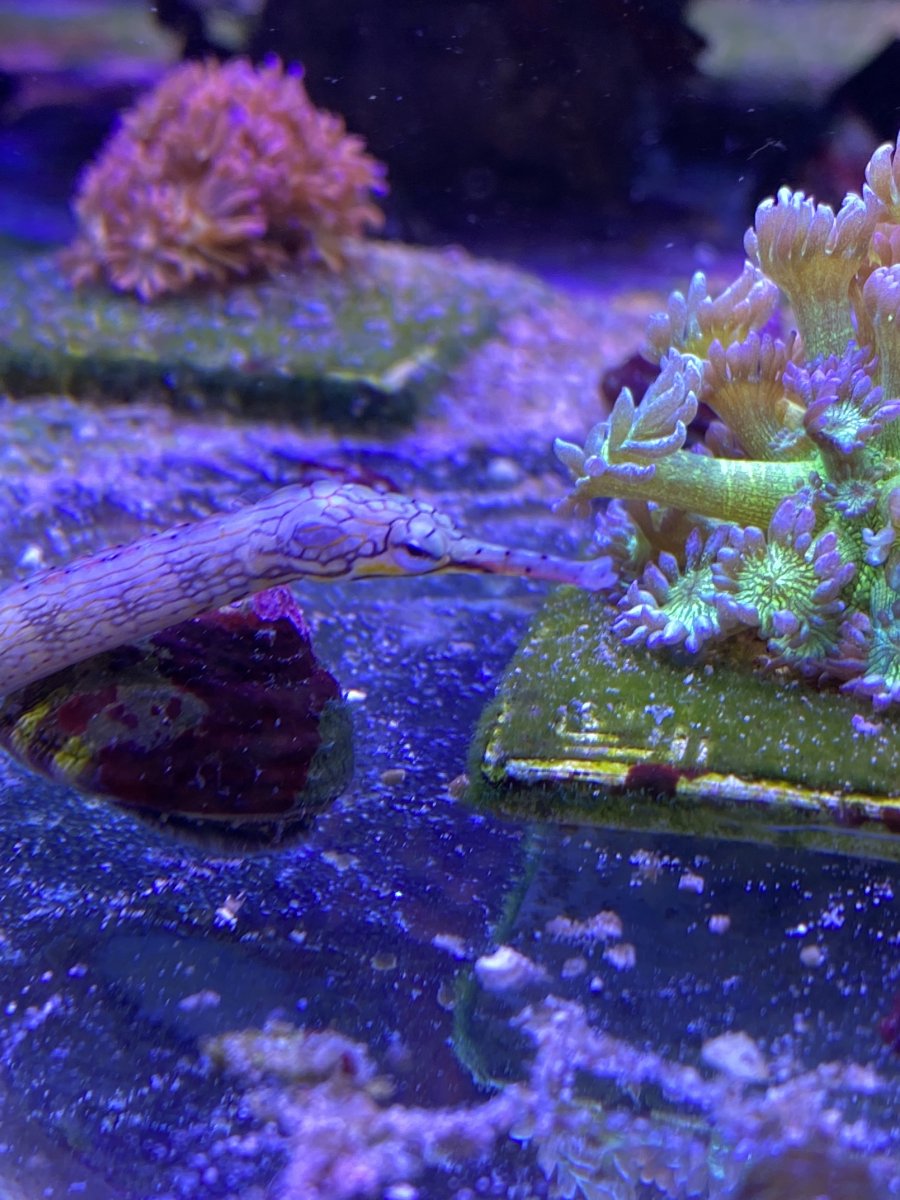 Also got the result of my first icp from fauna marin.
Al and silicium quite high, i will run the product "power phos" to lower those.

And my lfs sold me the exact amount of the trace elements needed (instead of buying 10 bottles).
I will do another icp in 2 months to see if the changes have any impacts on the results. 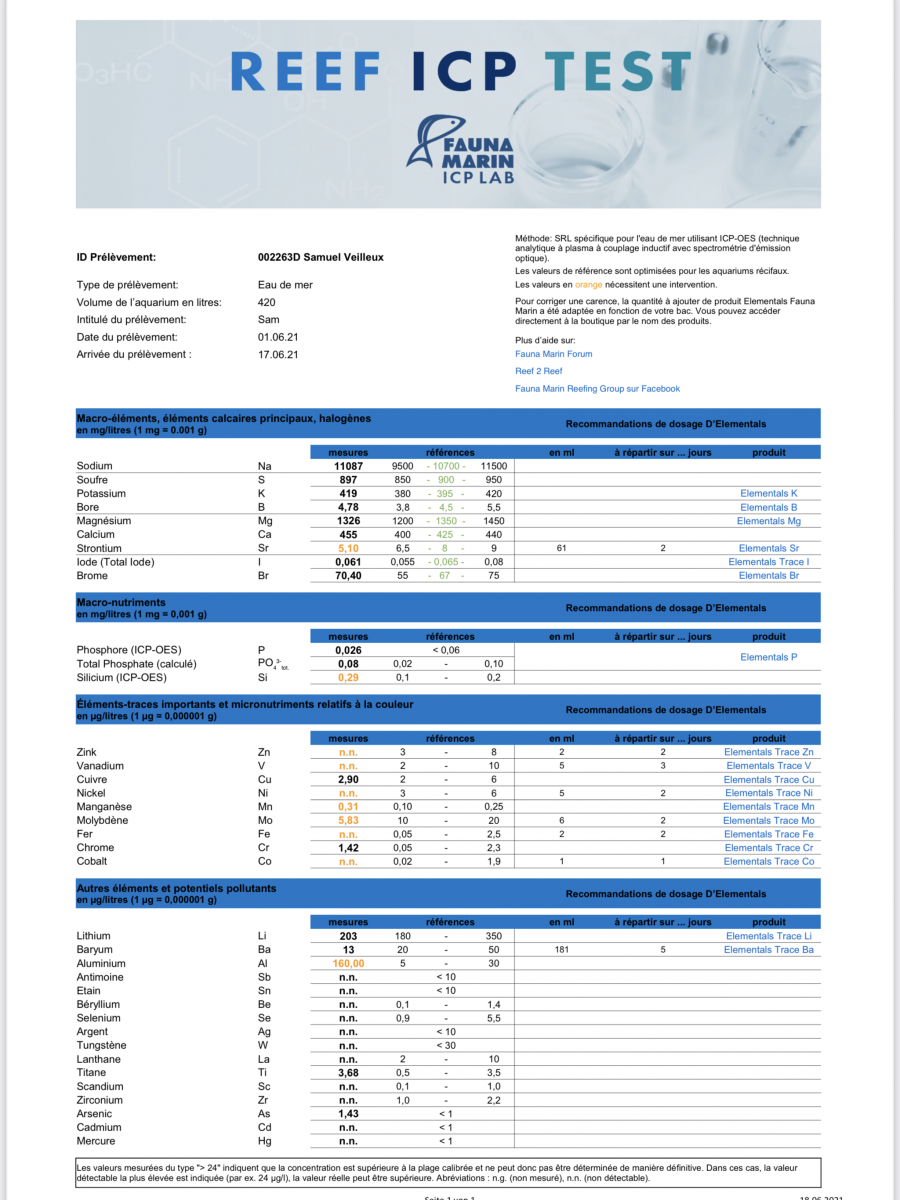 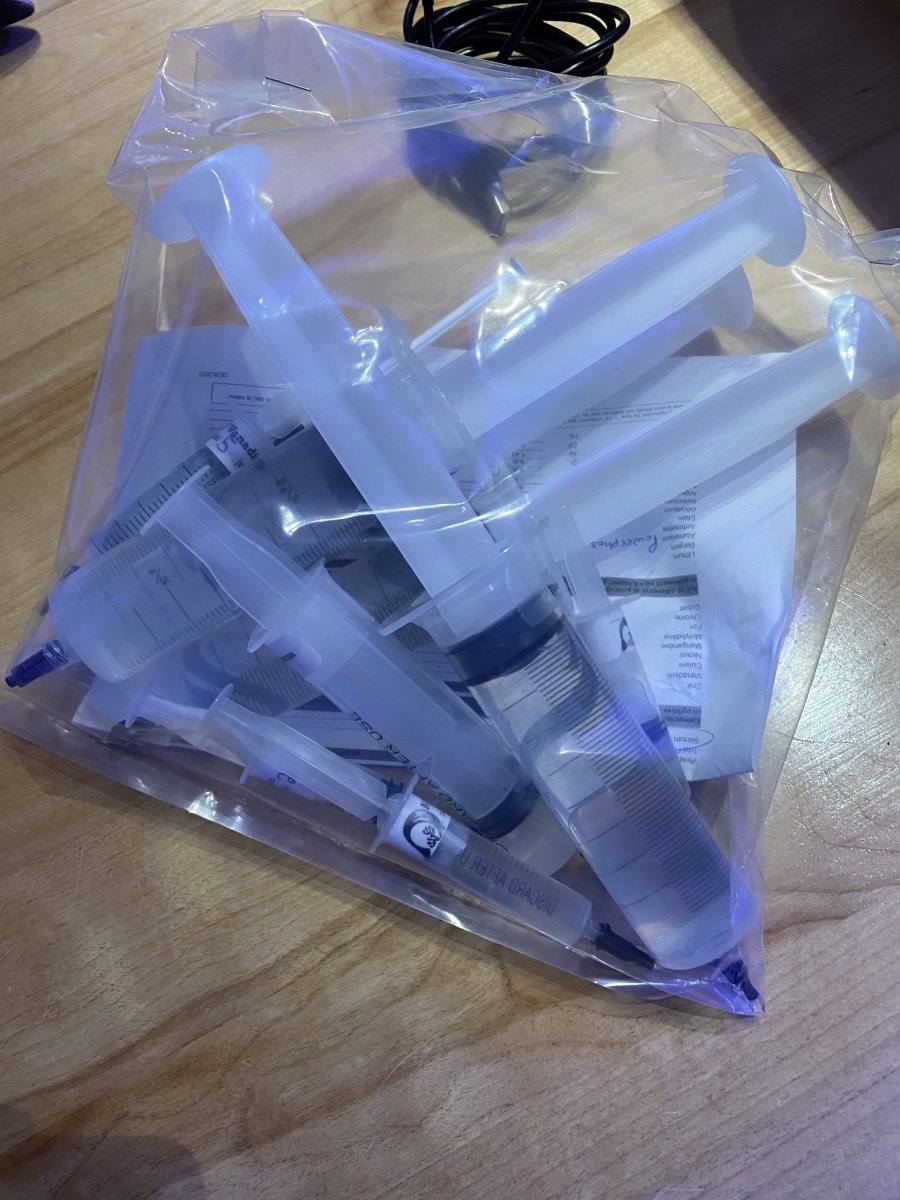 sam.veilleux30 said:
Little video of the reef at night.
Did some changes in the aquascape to improve the view from the left side.

Thanks, might do another change in a few months…
OP

Made the stand switch last week-end, so far so good. 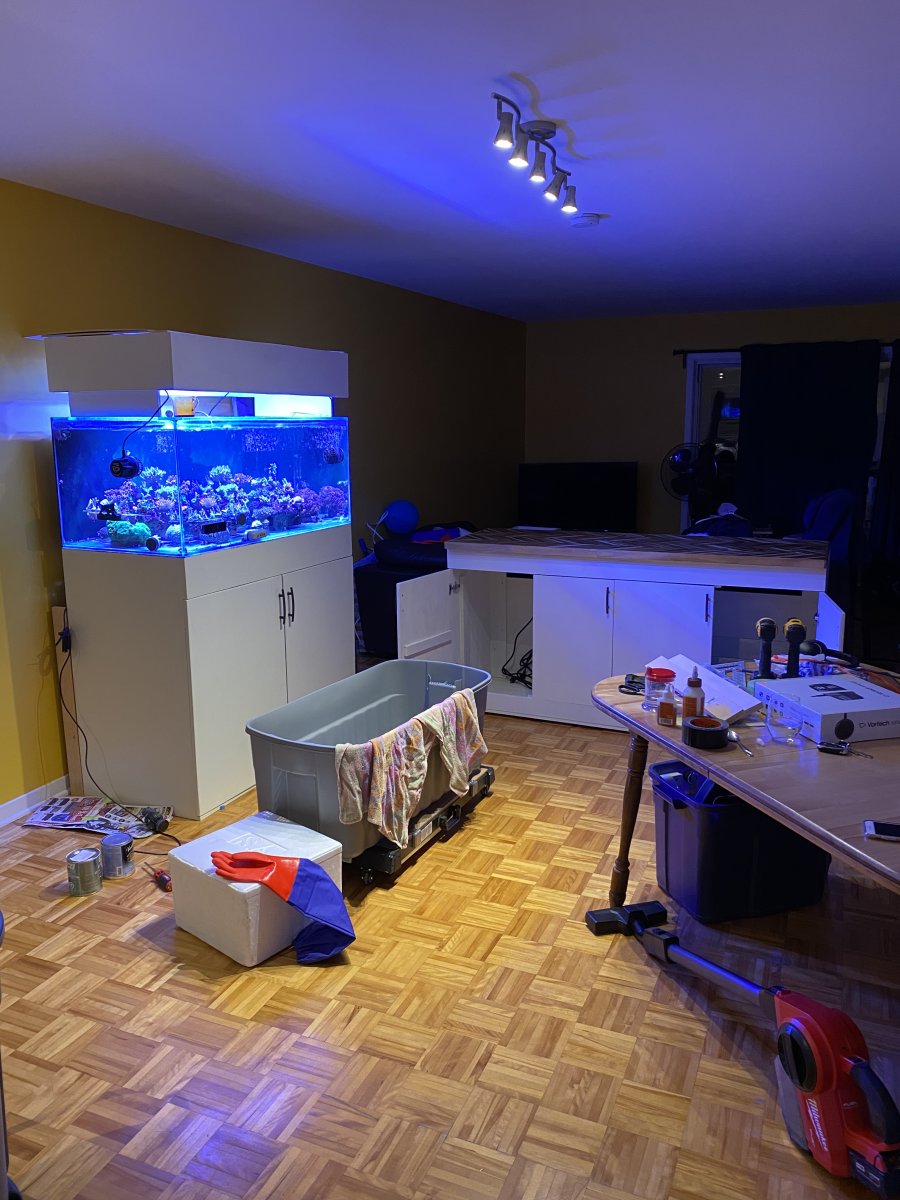 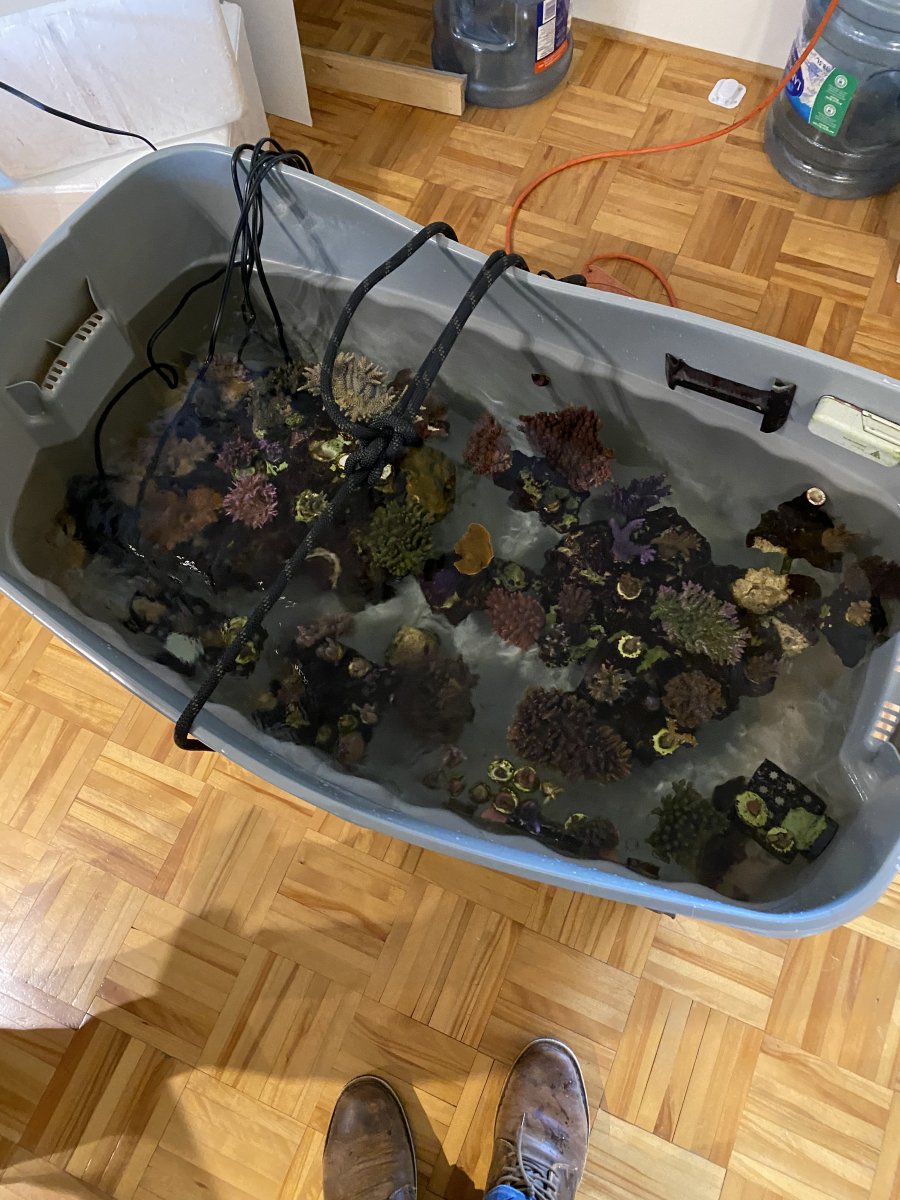 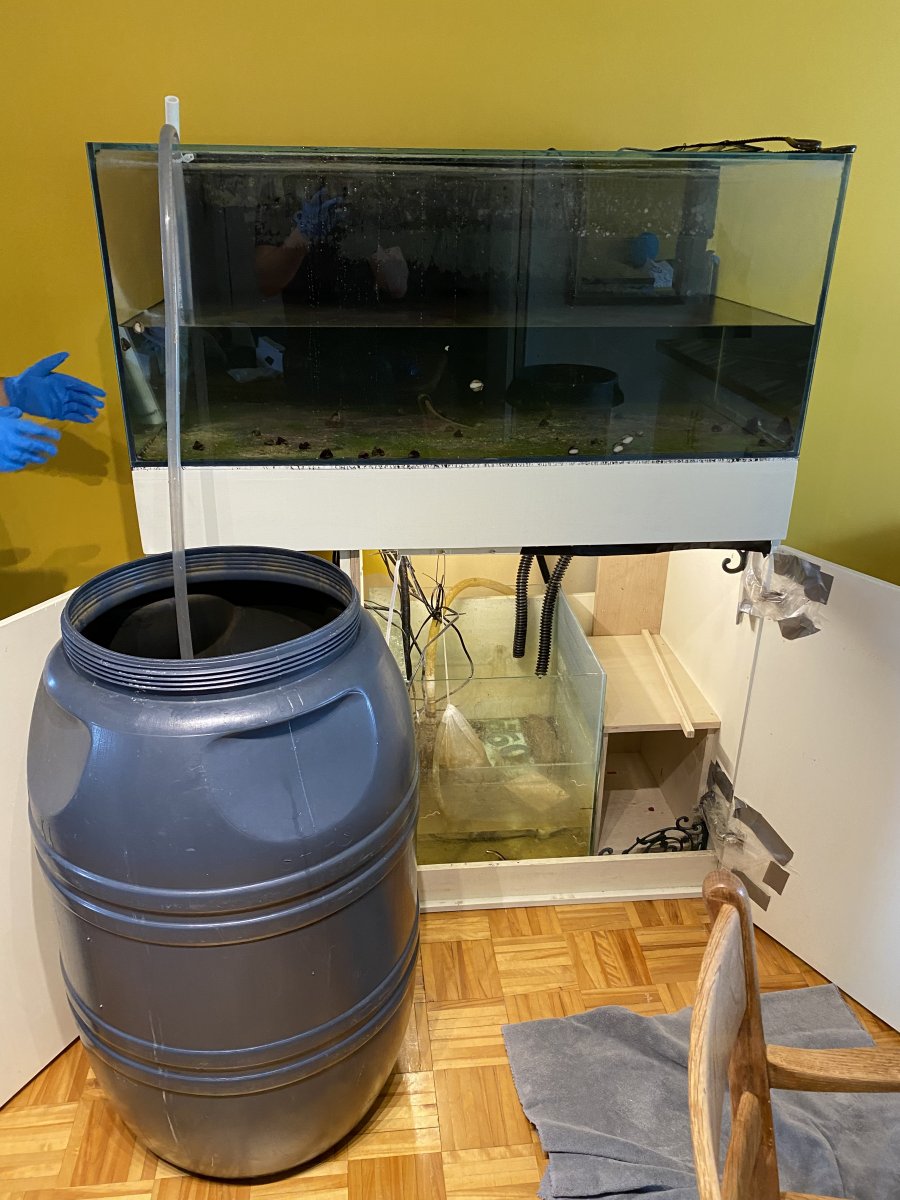 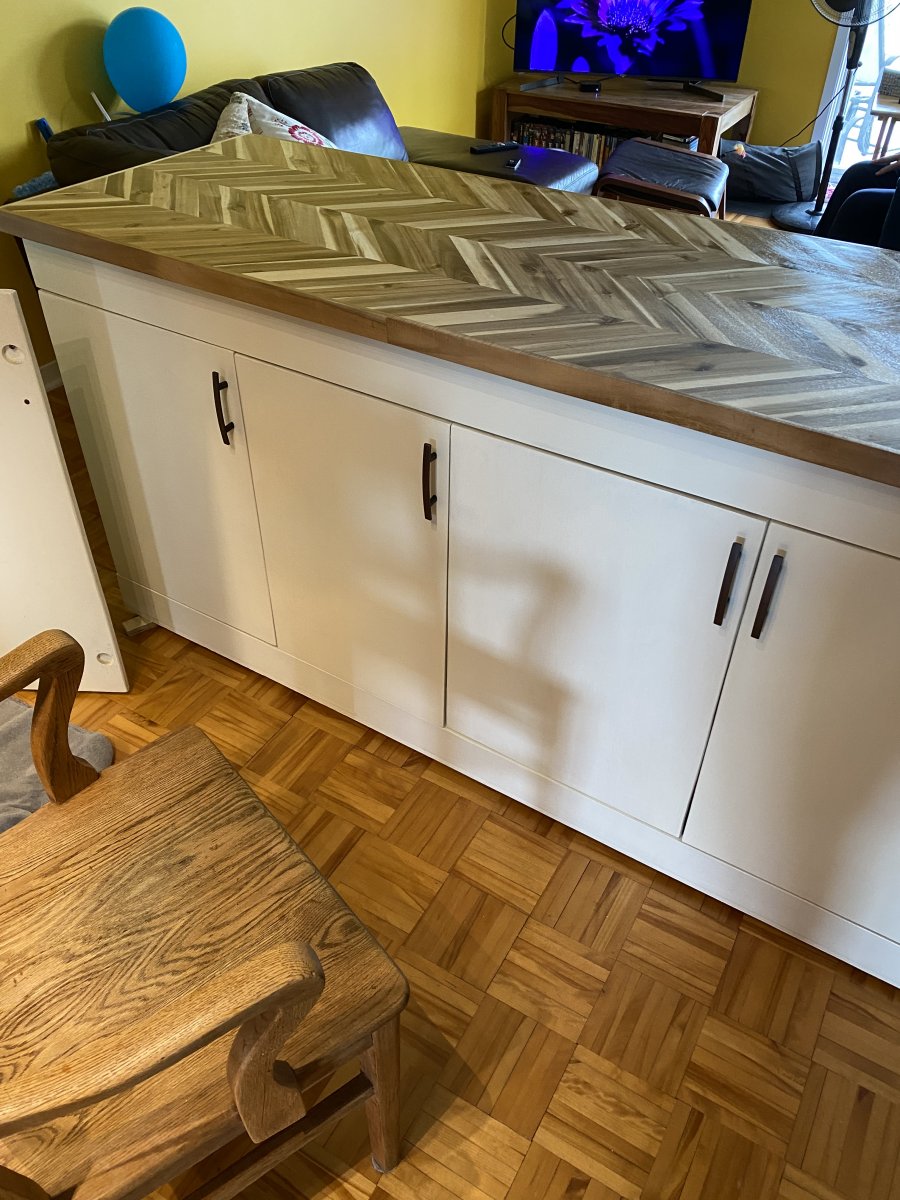 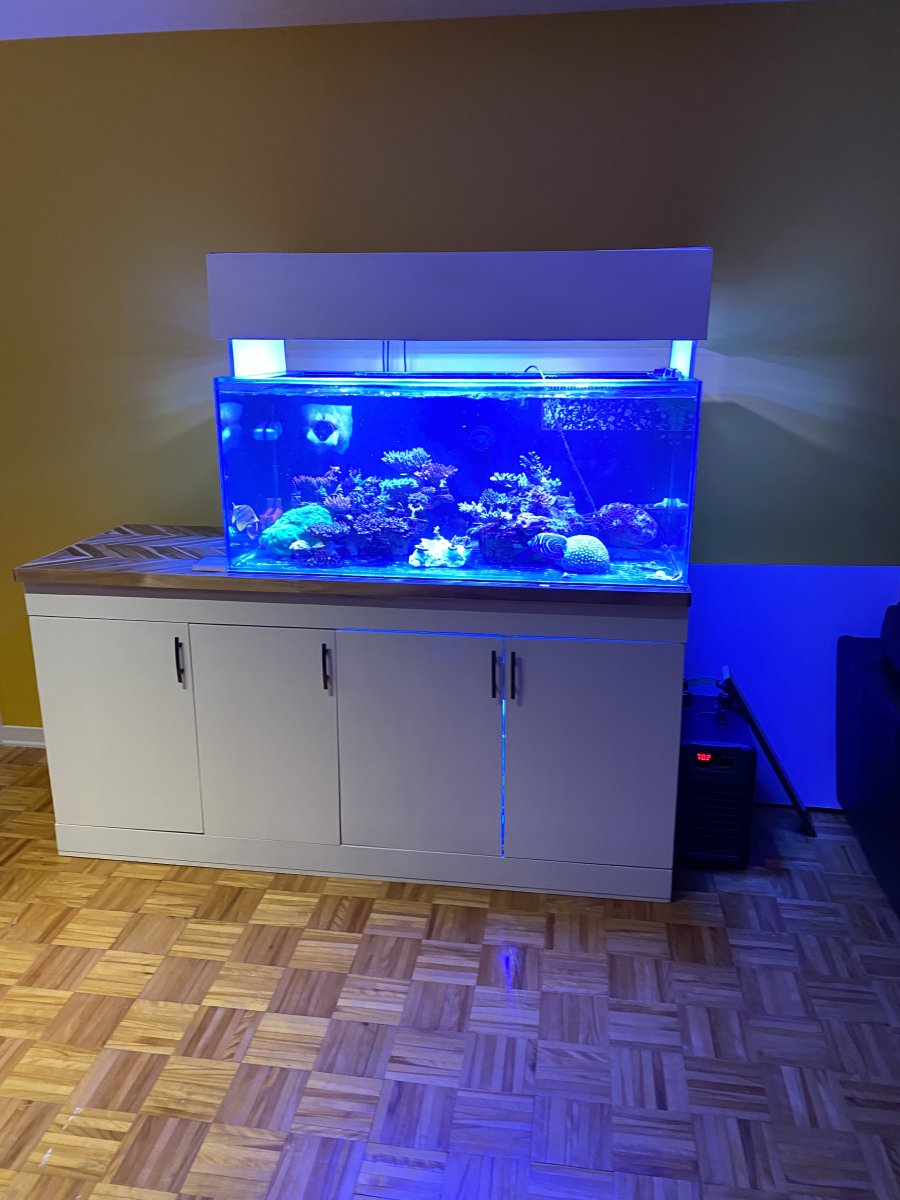 Well…
The "red dragon" went full rtn this week, not sure why, i had a few changes lately (flow, icp additions, rebiotic treatment, stand switch…), not easy to pinpoint the source.
And given the fact that i have a few acros on the down side since a few months i decided to try this product: rtn/stn x 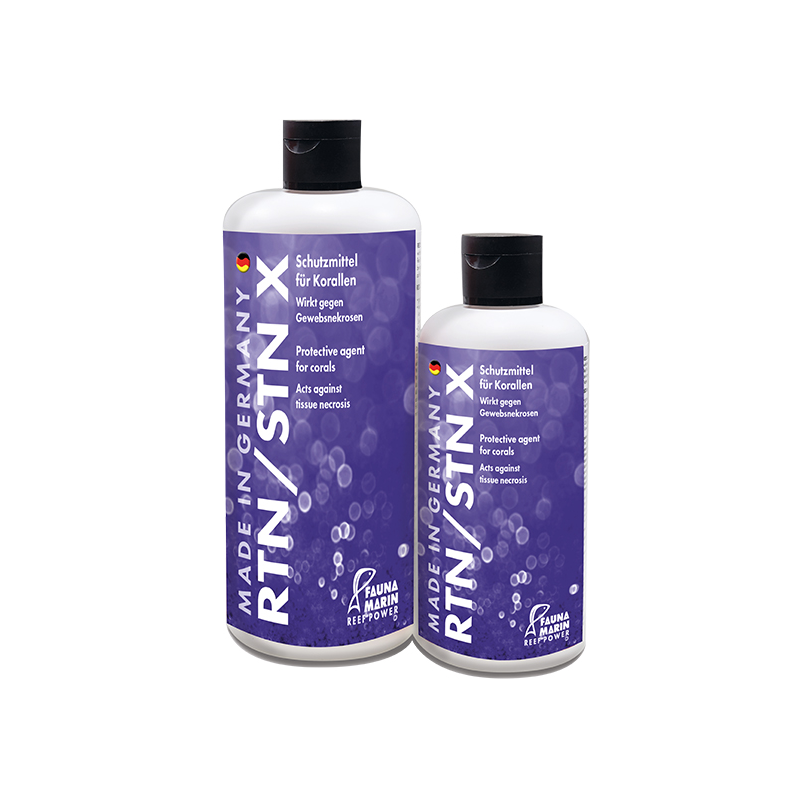 My lfs had good results using it, i will post a picture of the "papi chulo" after the treatment (10 days) 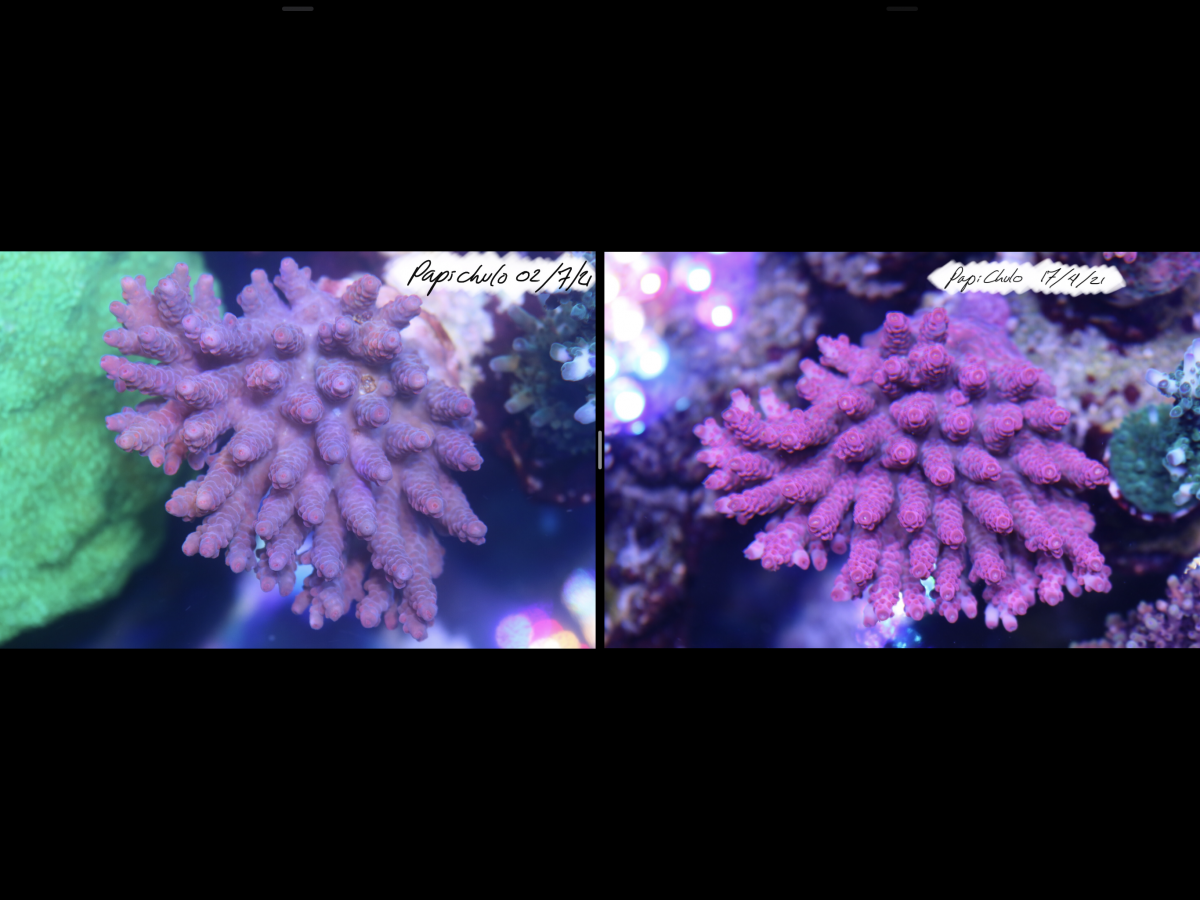 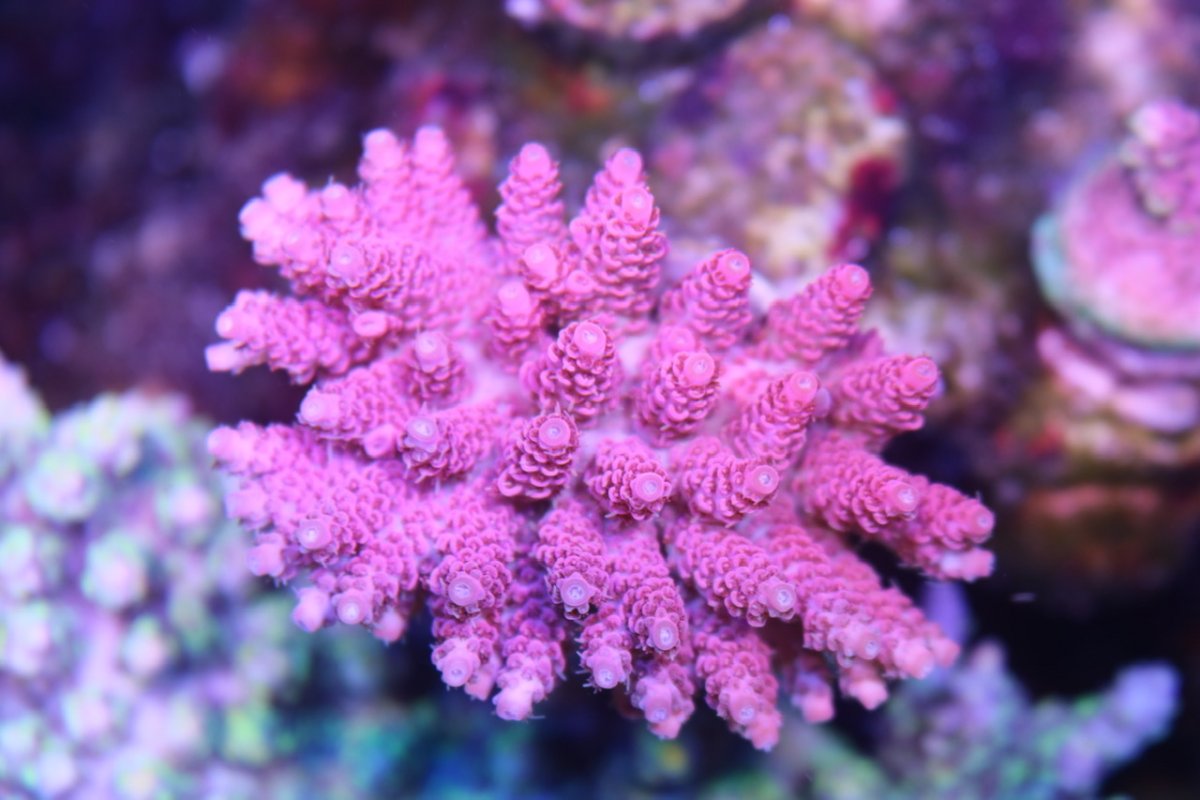 on a good note…
i might be able to acquire a small frag, one of the ups of selling frags 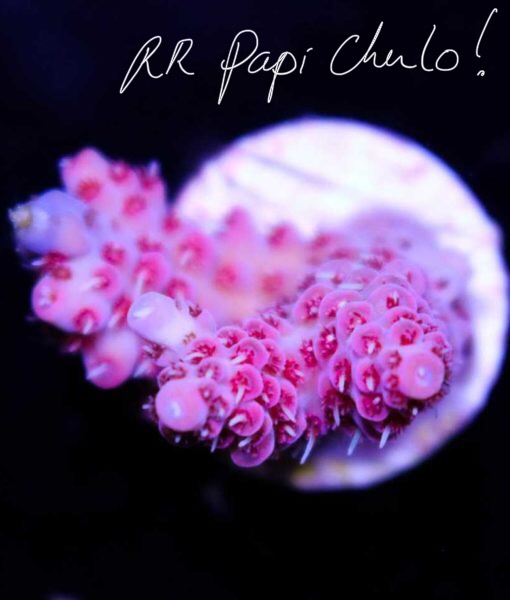 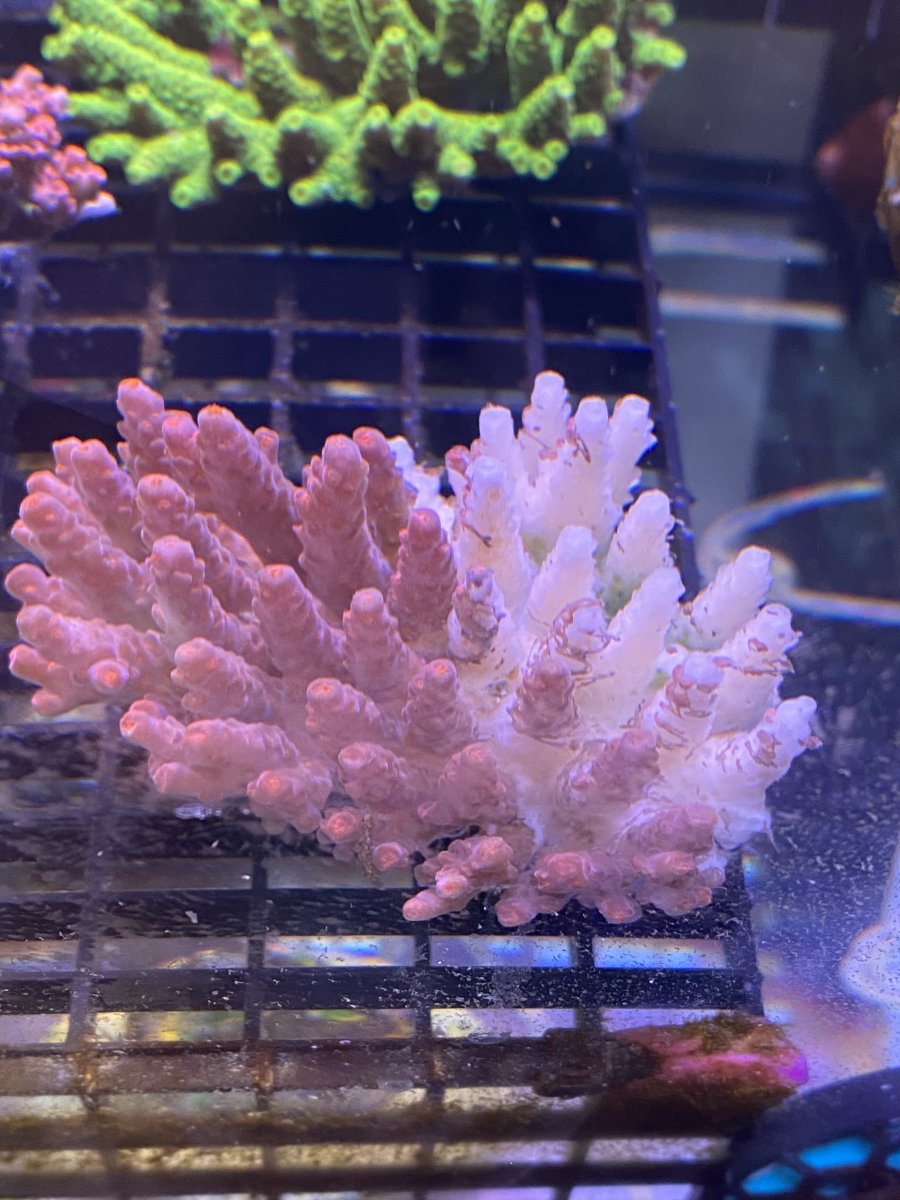 I decided to remove my 3 angels, a shop will trade them for a small gem tang tomorrow.
I think i pushed my luck a little too much with them (nipping and eating a lot), it should be easier to get back to normal nutrients levels.

Gonna miss them for sure 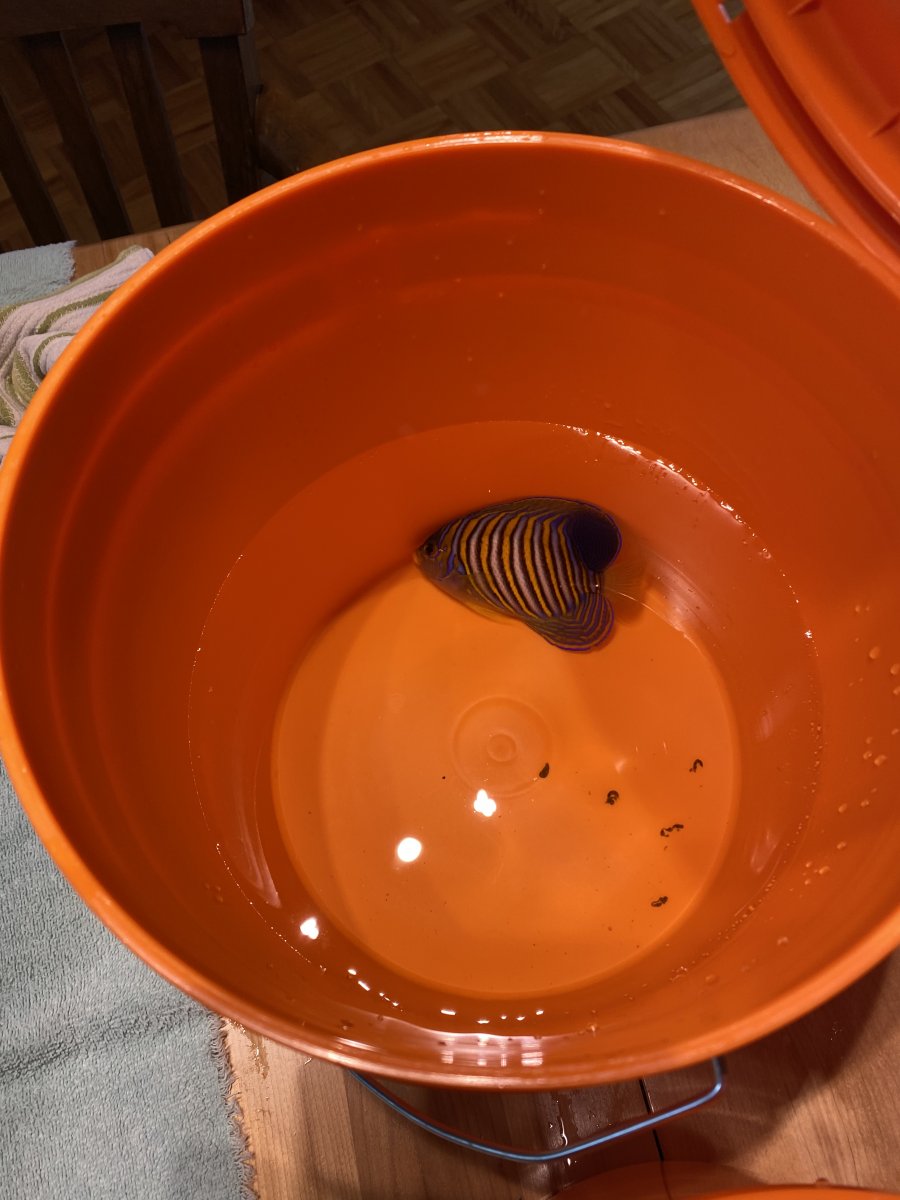 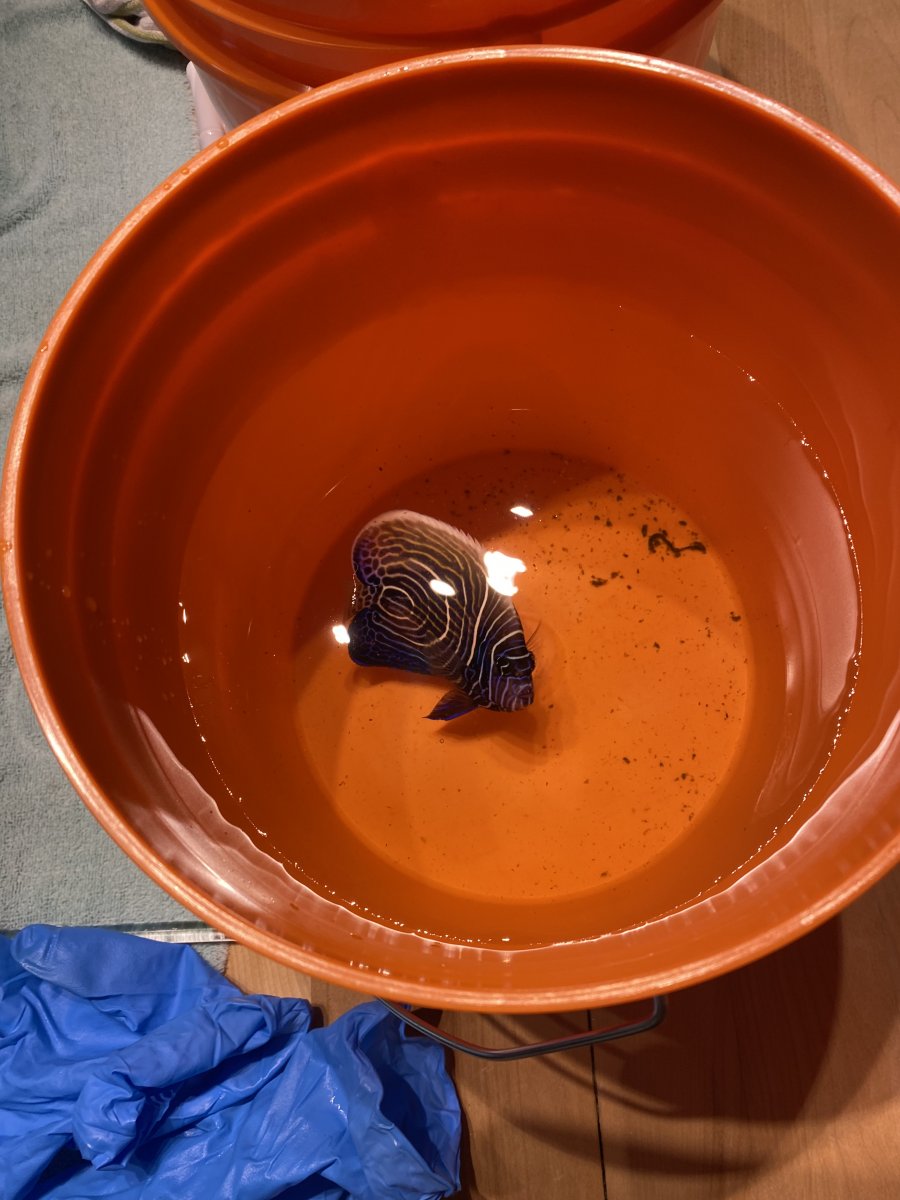 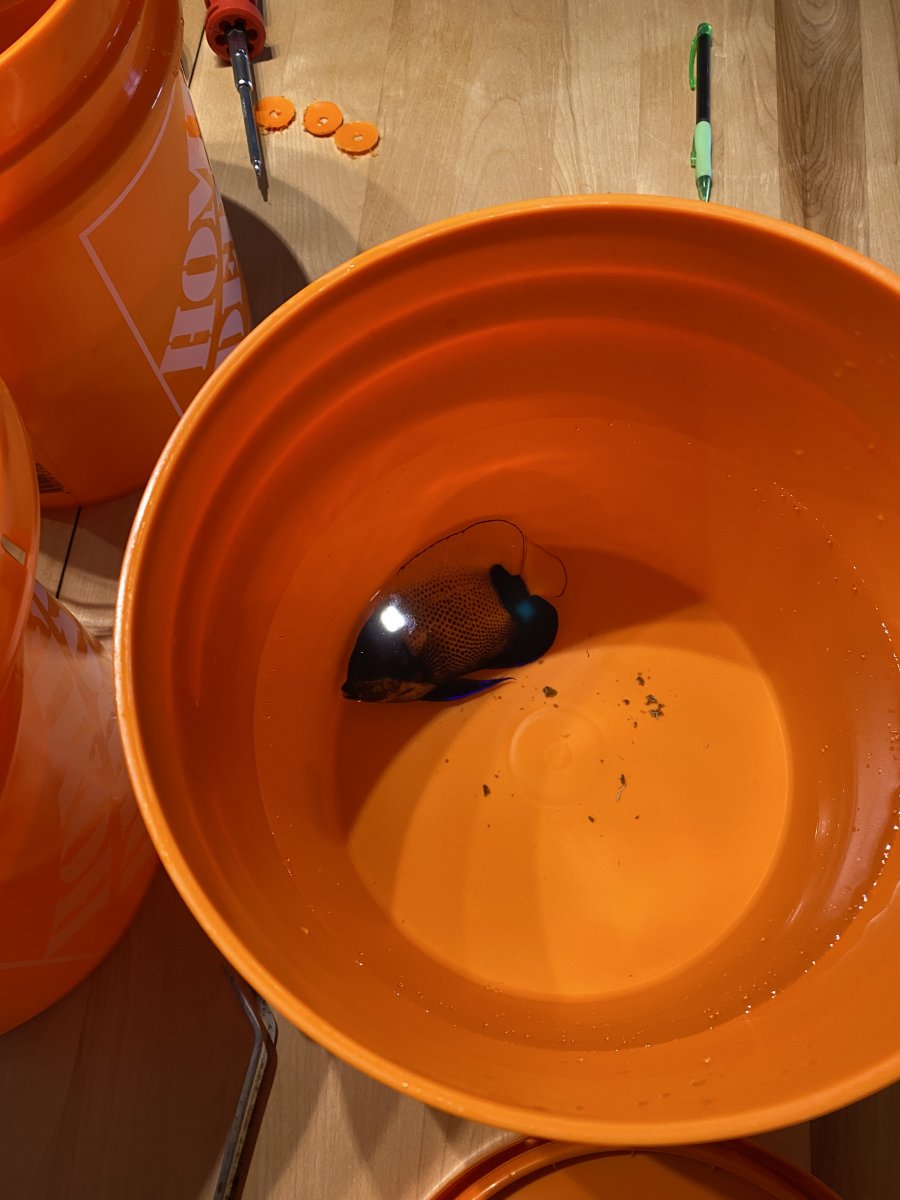 The new guy, the "welcome comitee" lead by the scopas was quite intense the first minutes. 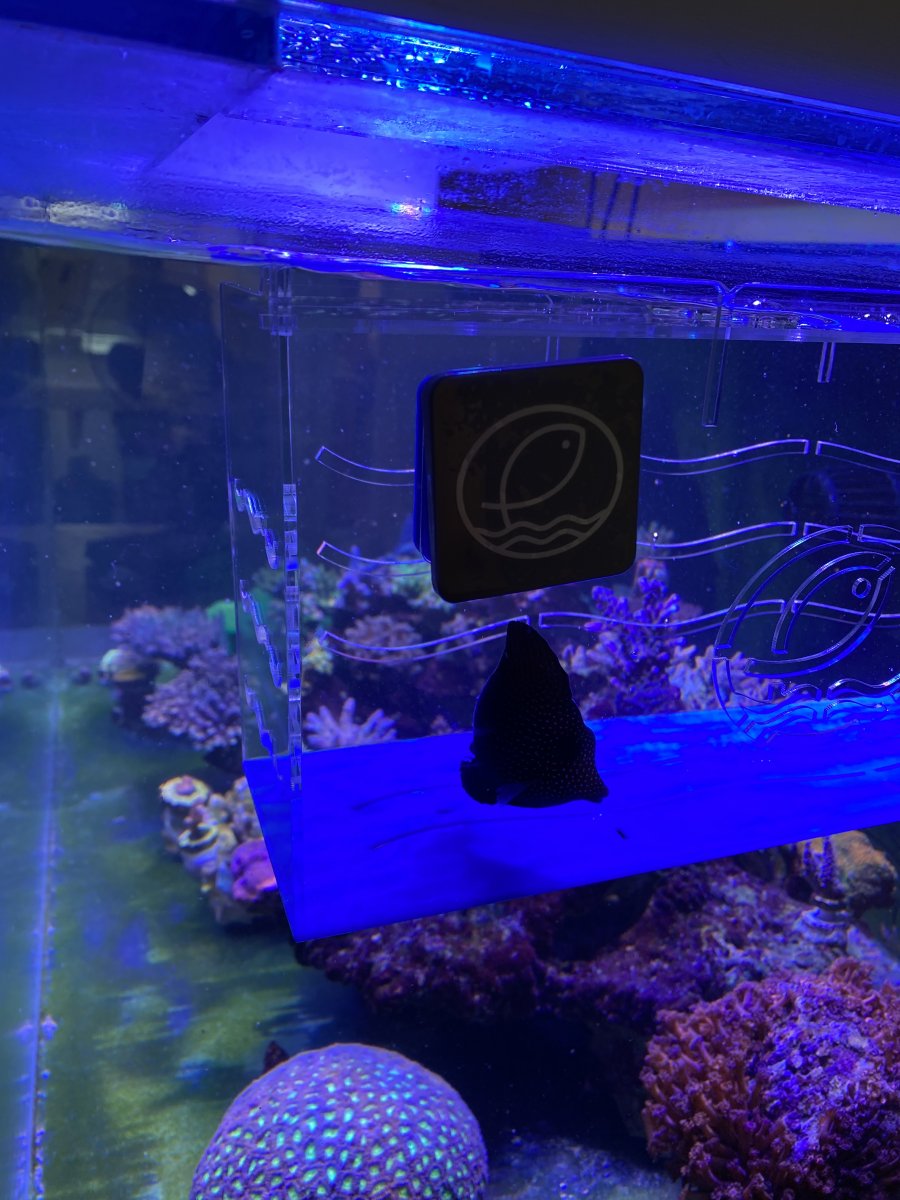 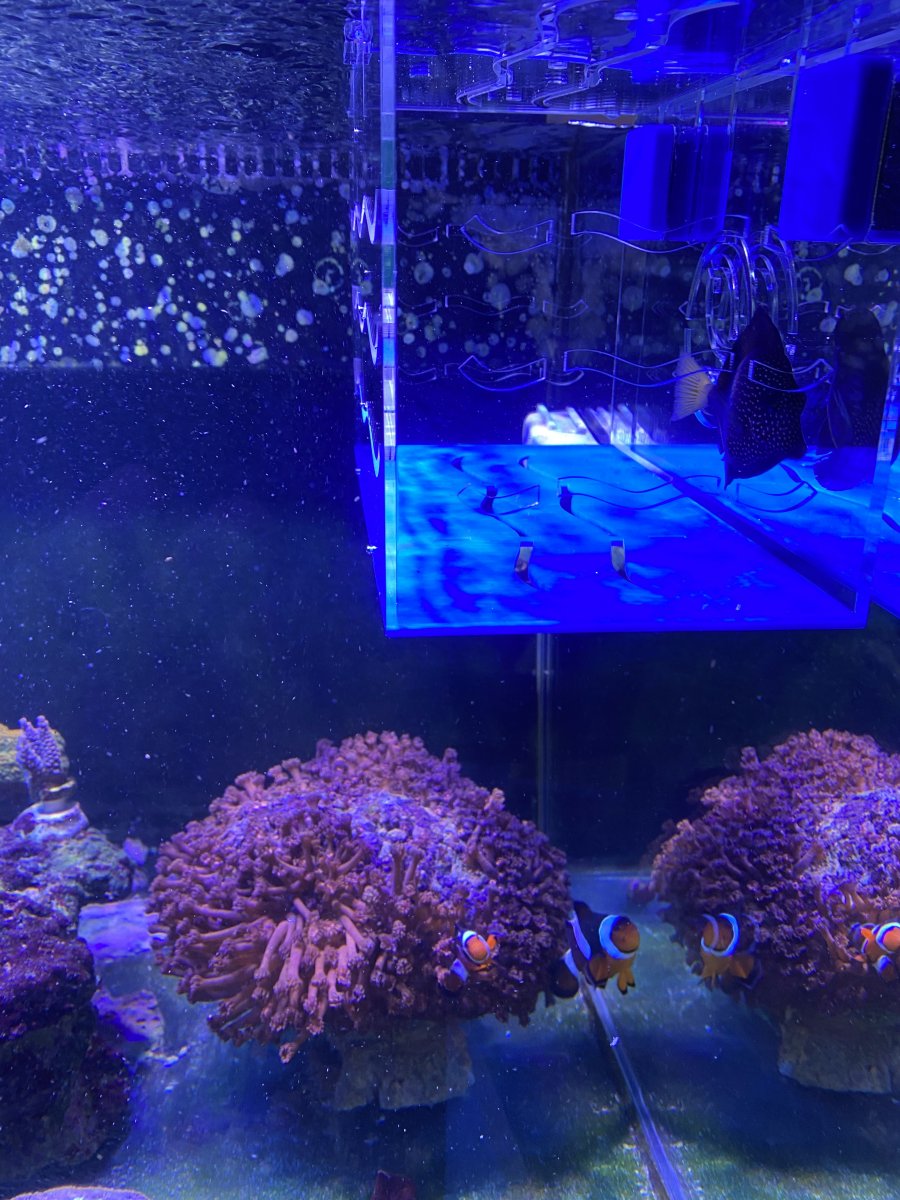 Good luck with the Gem.
I hope he gets accepted quickly and easy