I just wanted to report some anecdotal experience on treating clams that have pyramid snails and/or pinched mantle or some other clam killer.

Within the last few months, i purchased 10 maxima clams. All were doing great. I had them in a fishless tank that was part quarantine part frag tank.

I'm not sure when exactly problems began.

But clams began do poorly and die, one at a time only. SPS, LPS, all corals and inverts thrived (under combo of leds and kessils). I was feeding phytoplankton much of the time. I found a couple pyramid snails and fresh water dips definitely seemed to help as well. Clams continued to die despite me searching nightly for pyramid snails and me finding no more of them.

The experience could best be described as this post i found from 2011 in another forum:

"Hey. Everyone here knows I love clams. At one point I had 6 for about a year. 2months ago, 4 just died. 2 survived. I took out the last dying clam, and the 2 survived. From what I heard, whatever killed te first one, goes to the next an so on. Sometimes there really is no way to find out why they died. Clams are just strange. IMO there was a little critter that was attacking them, and he was still on the dying clam when I took it out. Good luck as hope u solve your problem."

I agree some "critter" was attacking my clams one at a time.

After loosing a few clams over several weeks, i decided to remove the latest sick clam and place him in my hangon refugium.

Thinking pyramid snails hate light, and probably other clam eating critters might too, ***i gave him 24/7 light*** I had nothing to lose as my other quarantine tanks are full with fish being treated before entering a 200 gallon display.

In addition to 24/7 light, i place the clam on the over flow of the refugium so that water constantly flowed over him (and then to the skimmer). ***The ledge he sits on has holes in it***. Below the holes, if anyone is familar with CPR refugiums, is the main refugium. 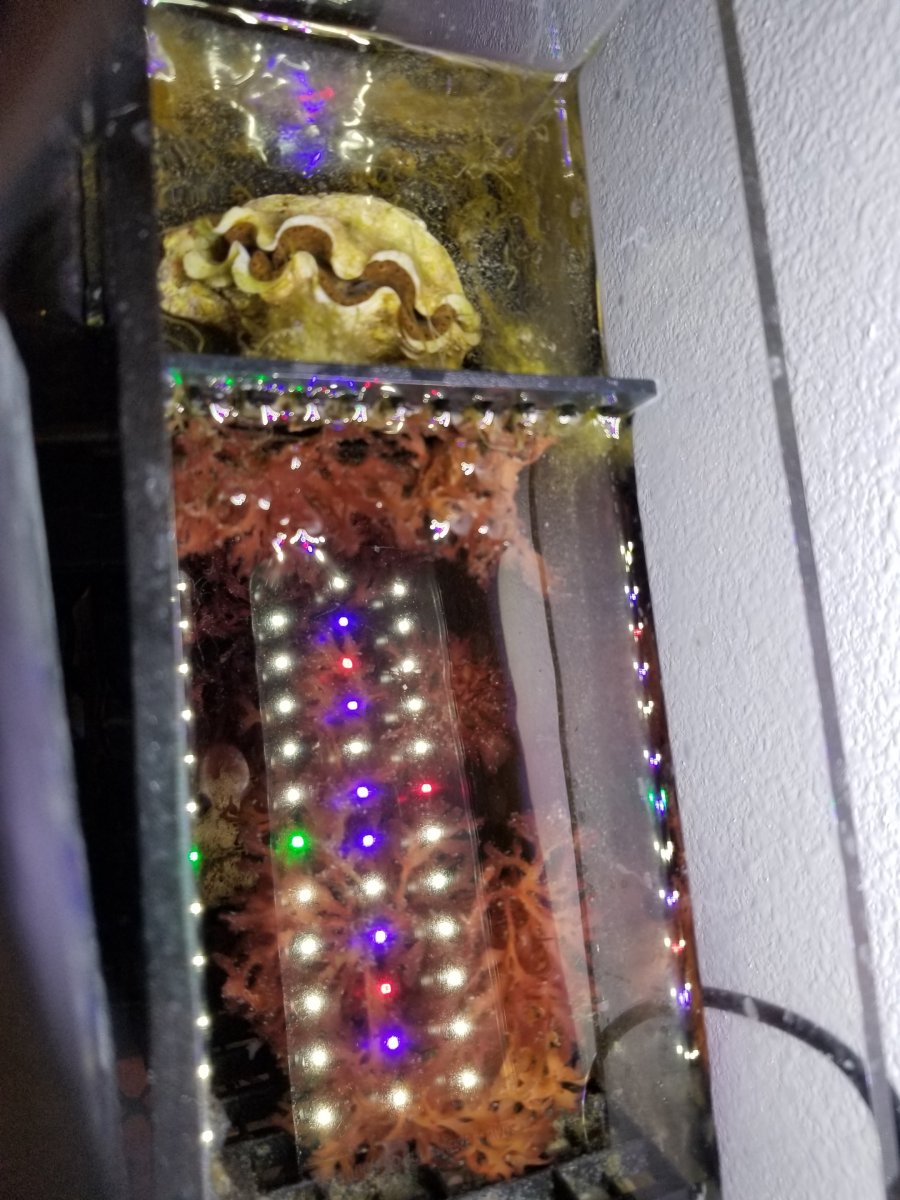 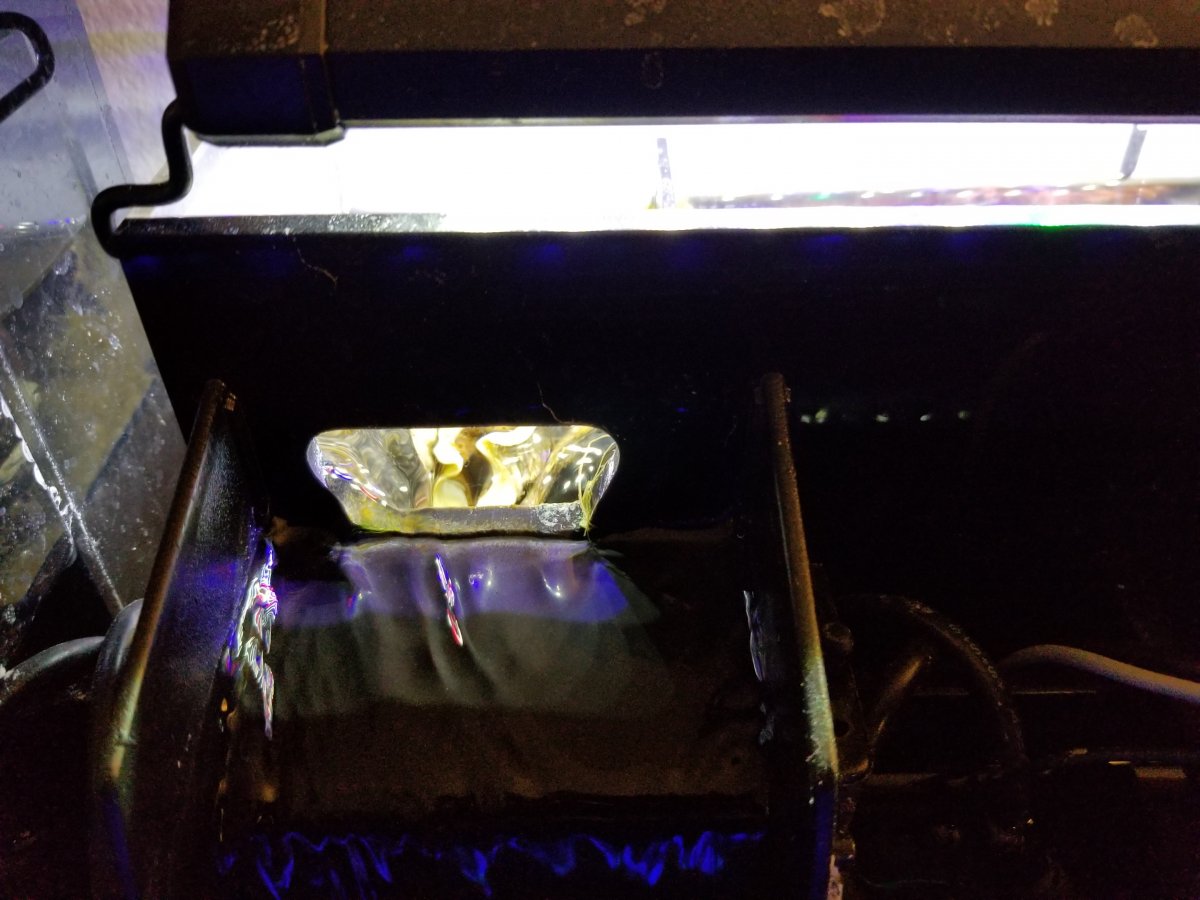 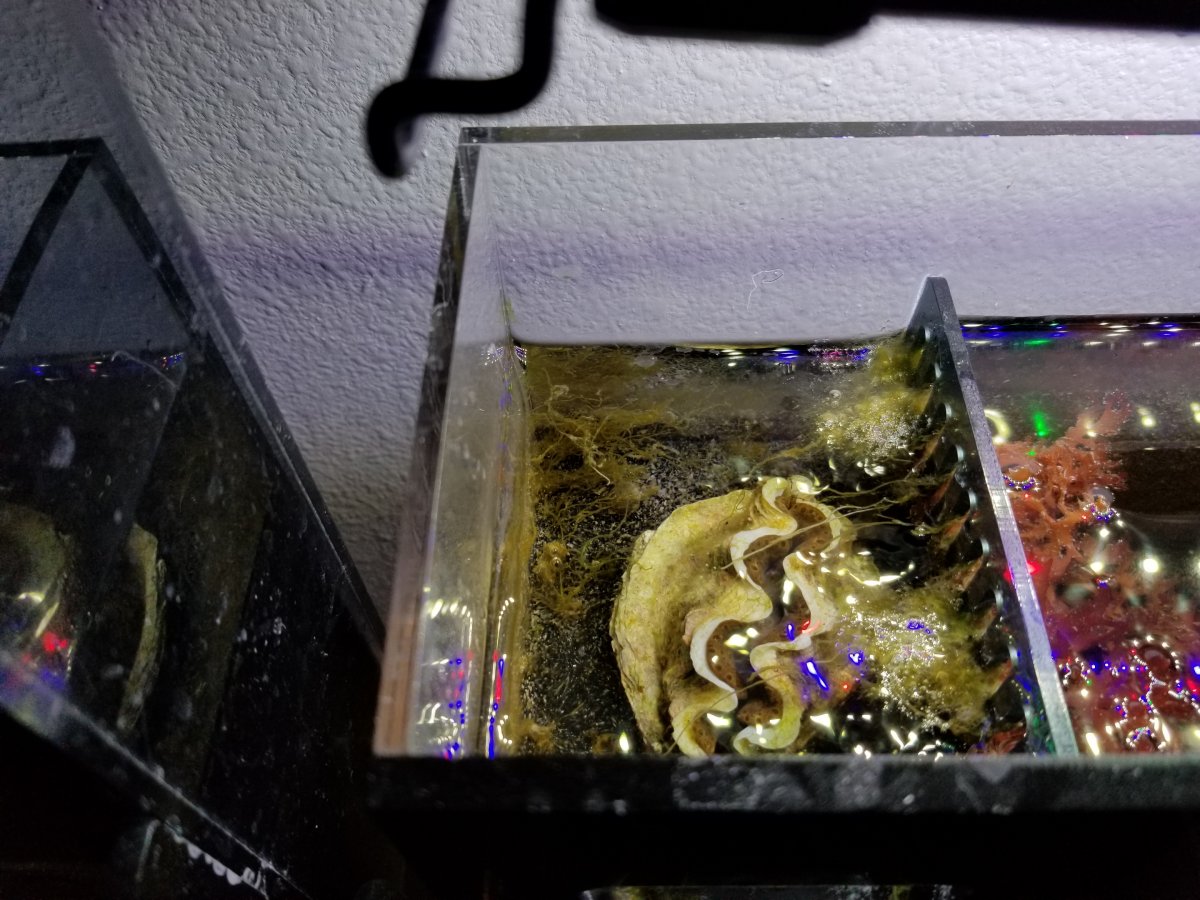 Long of the short of it is that after about two or three weeks of 24/7 light, i've set the refugium light to a 12 hour on and off cycle.

Bottom line is that the clam is doing much better! He's opening up more and is more reactive to movement.

This is just anecdotal but i lost like 5 clsms, one at a time, in a row. Without removing the clams from the system, this appears to have stopped my loses in their tracks, and perhaps helped treat the latest victim.

***Perhaps the pyramid snails or other critter doesnt like the light and then drops through the holes in the refugium ledge, like a trap of sorts***, and gives the clam sone some relief from attack??

Overall its been a depressing experience. But maybe a little hope now?

Something others coyld could try if they dont have good options.
Last edited: Nov 29, 2020

I'll definitely be following this and hope all your other clams continue to thrive. Were all these clams from the same source? I have recently bought 5 small ORA maximas and have lost one suddenly overnight and have had to fwd one other. They all look good at the moment but the one that died overnight looked great during it's last day also.
OP

The clams were from different sources. I am not sure which source was the problem.

But what makes it so odd is that whatever attacks/ed them seemingly attacked ONLY one clam only at a time--and i had ten in close proximity to each other. Like clock work, one clam start showing symptoms, die, and a few days later another clam show symptoms, then die. Never two at a time.

Mind you i was checking for pyramid snails every night and not finding ANY.

After like four deaths, i had enough. I was either going to toss any clam that showed symptoms .... or thats when i put one in the refugium. The light timer had busted, so the refugium was on 24/7 light. I just left the clam in it anyway. Figured he was a gonner anyway...

Then he started getting better.... so far anyway...

I'll let u know if he makes a full recovery.

But food for thought....

Seems to make sense 24/7 light would drive some critters away... and the location on the plastic perch for the clam, with holes below the clam, would let any critter drop away from the clam without the ability to get at it again (unless the critter swam pretty well)...

At one point I had (30) clams between (2) tanks for years. Shortest 6 months, longest almost 5 yrs. Nov. 1st I lost one, Nov. 2nd another, Nov. 3rd another and on until all were gone with the exception of my blue squamosa. He was the only squamosa I had - all others were maximas. No idea what happened to them. I just called it the clam plague. Could have been a bacteria or something similar. No pyramidals or other predators.

I read an article several years ago describing how a clam can take months to die when it's not receiving the light/nutrients it needs. It can look perfectly healthy, react, etc. but if you DO NOT see any new growth, I would stay away from it. That's the hardest part when buying them online. I call the vendor now and ask about the growth and area around the base of the mantle. If there's no growth, I will not purchase it. I am not saying you cannot revive it, but it is very, very difficult when you have no idea how long it's been on the way out.
bsa
OP

I doubt that pacific east, where most of clams came from, has lighting or supply problems. I did get another from live aquaria and two from a vendor in florida.

Par, as measured, is over 400 on the bottom of small frag, quarantine, tank.

I can't figure this out. But just posting thoughts.

I did a fresh water dip of clams today.

Found these, any ID? 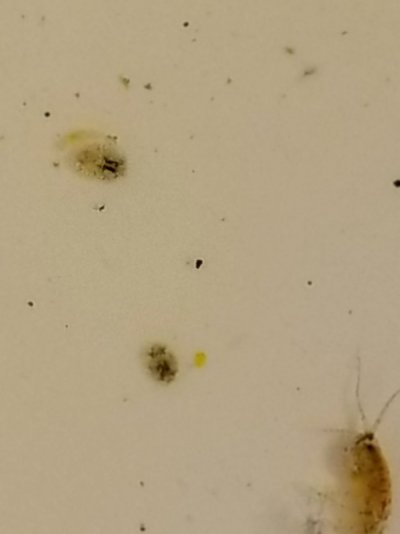 Pacific East keeps their clams in a shallow vat inside their greenhouse with natural sunlight. I don't recall if there is any additional lighting out there for them...bsa
OP

Well the one clam getting 24/7 light is back in the display. He's survived so far. The other clam in the displayed died. I think the display has a clam curse though. Hope the last one is a trooper. All corals doing great so it is what is...
O

I feel your pain. I've been keeping clams on and off for 20 years and it seems that they were easier to keep alive many years ago. I've had a few "clam wipe out events" that took established clams out one by one after adding a new specimen. I currently have 5 fairly recent additions that I'm hoping to find some success with. Good luck with your remaining clam.
OP

It's crazy and a little depressing, thanks for the post. This hobby unfortunately requires the ability to shrugg off loses and try to learn from them.

Had i not been starting my own practice, buying a house, and moving, i could have had time to set up individual quarantines for each clam.

I tried my best to seperate them in the disolay tank and freshwater dip a couple times, run carbon, run UV, do frequent water changes, dose nitrate, but all to no avail.

The symptoms just never matched pinched mantle, and although i found a several pyramid snails, i did nightly inspections and for weeks never found another--yet clams would die ALWAYS one at a time weeks later.

I think there is more crtitters that haunt clams than we currently know about, let alone know how to treat.

New 200 gallon display, when up, will have every fish, coral, invert, clam, drop of water, snail, copepod, light ray, grain of salt, and gram detritus quarantined and prophylactically medicated for 90 days!!

I am really strict at QT clams.
I had an opportunity to talk to Dick Perrin, the owner of Tropicorium, in the 1990's. He always dipped a new shipment of clams in fresh water to prevent transmission of some diseases. We certainly don't know everythign to know about clam maladies and diseases for sure. That was how I got the idea of FWD as possible treatment for PMD and after using it, find that it does really cure the clam of PMD.

I really recommended QT any new clam until we are sure the clam does not carry any transmittable disease before expose your current clams to it. I am not sue about medicated everything before going into your tank. That will drastically cut down the diversity of your tank. There is a point of overdo. This point is differ for each reefer, depends on how diverse we like our tank to be.

Yep, I qt all my clams also. I can easily check it nightly or as needed for pests and pull out to do any type of treatment too. I keep them on little plastic discs (basically the petri dish covers and bases). I wait a a few months before they go into display.
Pretty cool you helped the one guy though. Well done!

Has anyone else had issue with orders from Clammania?

Jan 7, 2021
wjgeese
W
P
Maxima not extending Mantle, Maxima next to it is.