This will be my third tank in the very short amount of time that i have been in this hobby. Since doing hours of research back in november i knew that i wanted an AIO system but i wasnt sure which. We started off with two biocubes. A 16 and a 32. The 16 was for my girlfreind and the 32 was for myself. We live together but i work away so i wanted something for myself when i was off at work. With plans that i had to buy a house i was going to use the 32 to house more fish and corals. After deciding to give up that house search and wait till we move back to Calgary we kept it to one tank and sold the 32. Our 16 is running great now. i had issues with the protein skimmer, i cant stand how small the back compartment it and the curved glass makes taking photos a bad time. So we looked on marketplace and decided to pick up two used evos.

Jennas take came with a cobalt heater and intank basket for chamber 1. Not a bad deal for $150cad. I had almost purchased one locally but since i was going up to see my father for christmas i checked by him. I found myself another used evo with ehime heater and a lightly used RO buddy for $120 cad. So now we both have tanks and plan to split up our livestock from the 16 between two tanks. That's our story and this is my "build". I will try to convince her to do one of her own but i dont think it will happen. 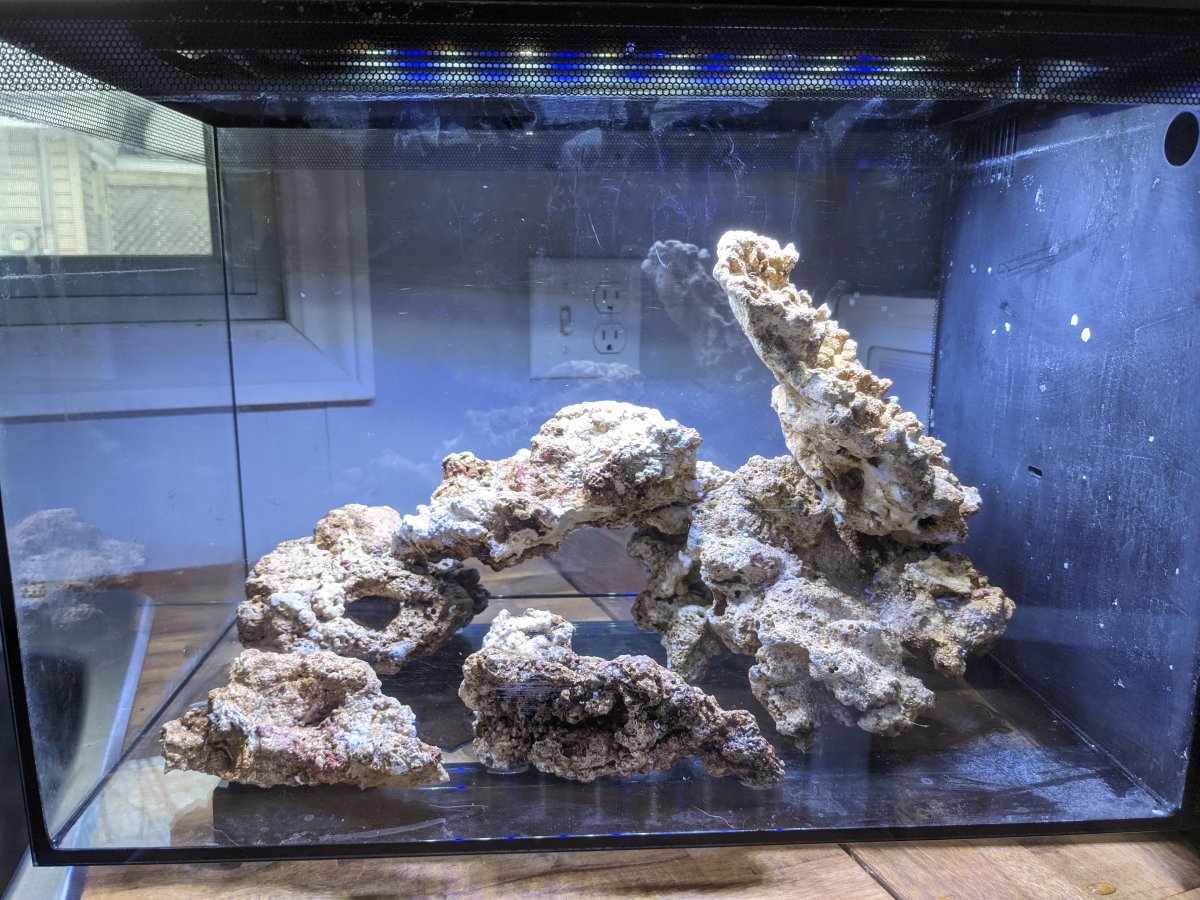 I mannaged to pick up some pretty good hardware for the tank for a very good price imo. I will be running the sicce 1.0 return pump that is currently inside the biocube. I found a maxspect gyre xf130 from a local reefer along with a used XR30 pro from someone else. Fluval protein skimmer in the first chamber, Intank basket chamber 2 with chemipure blue and seachem purigen along with a bag of liverock from our biocube at the bottom. Third chamber will be heater and return pump. Im between either forking out the cash for a premade ATO or just making one myself. I know running these tanks topless has lots of evaporation but between a weekly waterchange and topping it up once a week i will wait to see how it goes. Amazon had good deals on powerbars so i picked up one from there along with a red sea mesh top that i will be building up tomorrow. A lot of my parts have been bought used but i have to give Fragbox in Toronto a big shout out. They love these evo tanks and have pretty much everything you could want for them in stock. They even have a place on their site specifically for these tanks. 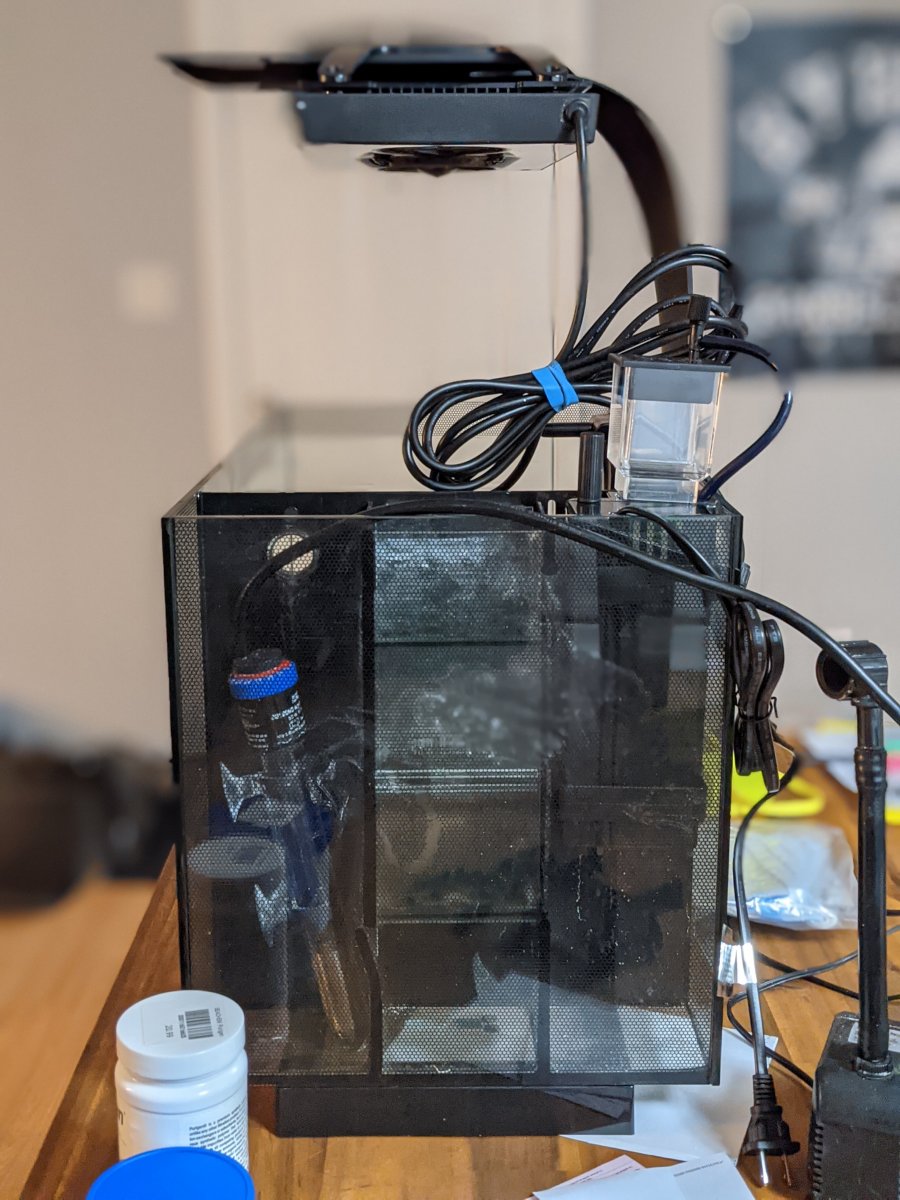 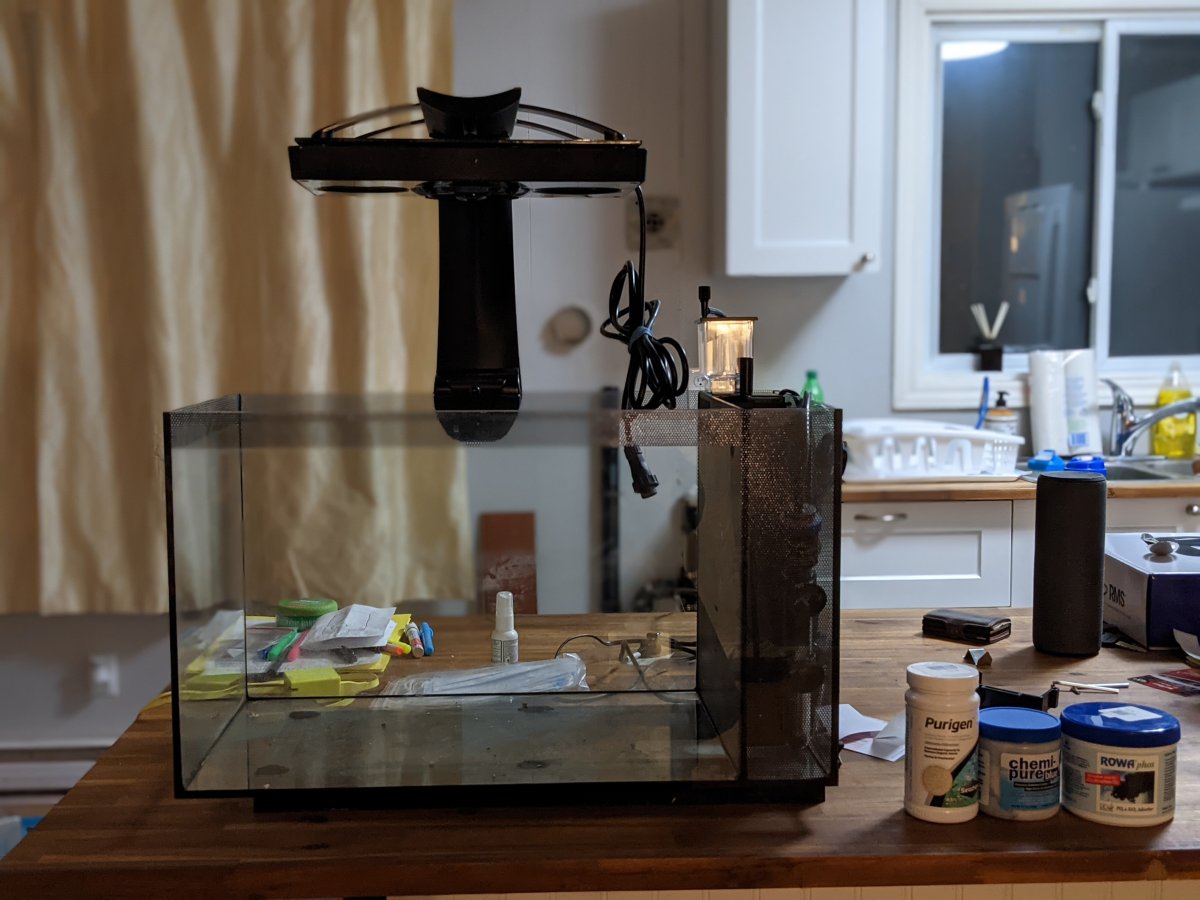 Biocube setup of back chambers, HELP