Suggestions on medication for Coral Beauty

I've had this Coral Beauty in QT for the last 34 days (along with a pair of threadfin cardinals, a lawnmower blenny, and a court jester goby). Began with a round of Prazi, then moved on to food soaked mixed with focus, metro, kana and furan-2, followed by a tank treatment of metro, kana, and furan-2. About a week ago I noticed a little nip in the anal fin about a week ago so started another round of Prazi 2 days ago. All fish have eaten fairly well over the month, but in the last week the coral beauty has slowed its eating noticeably, not completely, just not what it had been.

Can anyone suggest what might be going on or next steps to help medicate/treat? 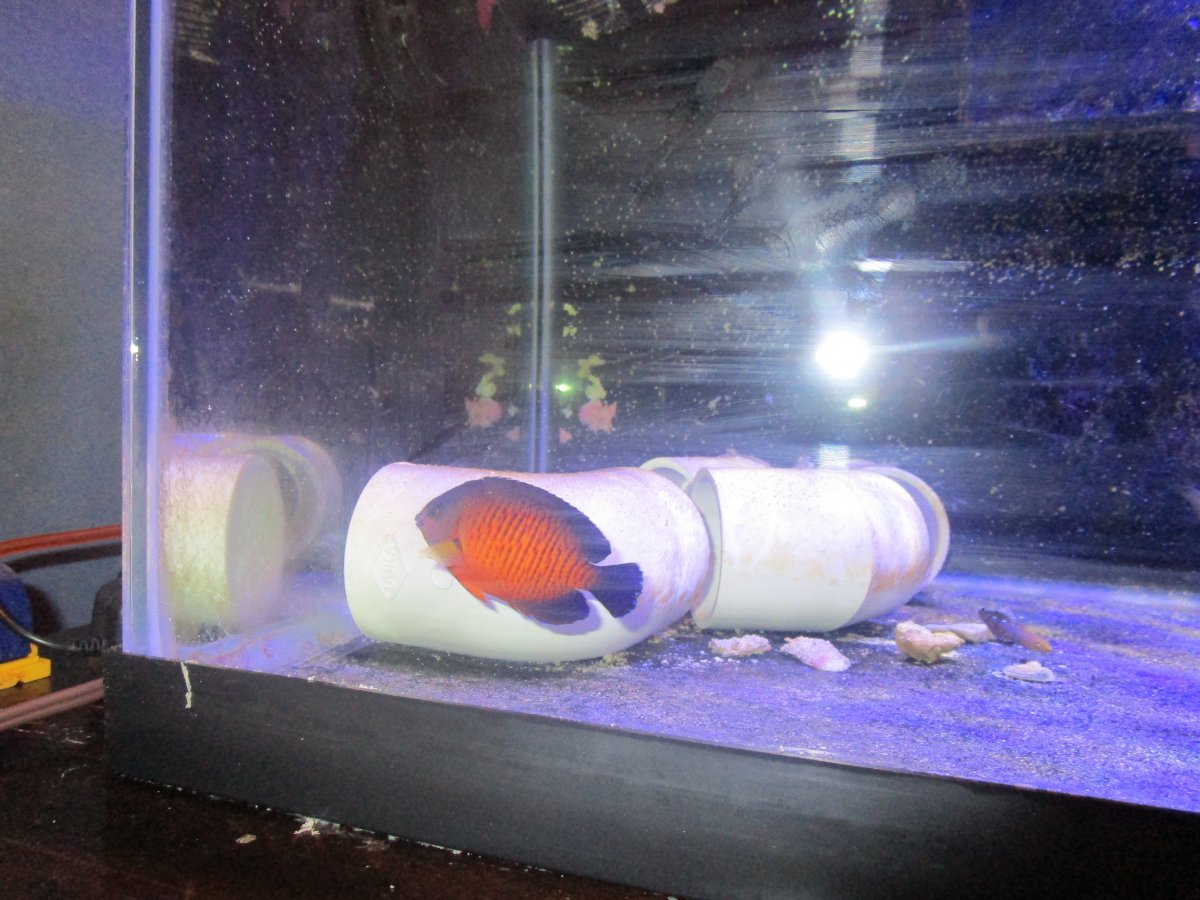 I’d treat for 14 days with metro, furan 2, and kanaplex if the fish isn’t getting picked on.

Perhaps NFG (nitrofuracin green) would be even better. However, it’s very hard on biofilter so watch an ammonia alert badge.
OP

Thanks @4FordFamily. I've dosed the Holy Trinity you mentioned.

Question - Kanaplex directions say re-dose every 2 days for a maximum of 3 doses... would you suggest continuing beyond those 3 (7 doses over 14 days)?

Also, the furan 2 directions say to water change 25% after 48 hours, is there any need to dose the metro/kana in the water change? I assume the half-life is something in that 48 hour range so it probably doesn't matter and there will be another dose that day anyway... but thought i'd ask.
You must log in or register to reply here.
Share:
Facebook Twitter Reddit Pinterest Tumblr WhatsApp Email Link