The BUBBLES in the Bubble Tip Anemone: Do you care?

1) The bubble is what I enjoy most about the anemones.
2) Mine is always bubbled - but in a previous tank, my green BTA wasn't ever bubbled after about 1month 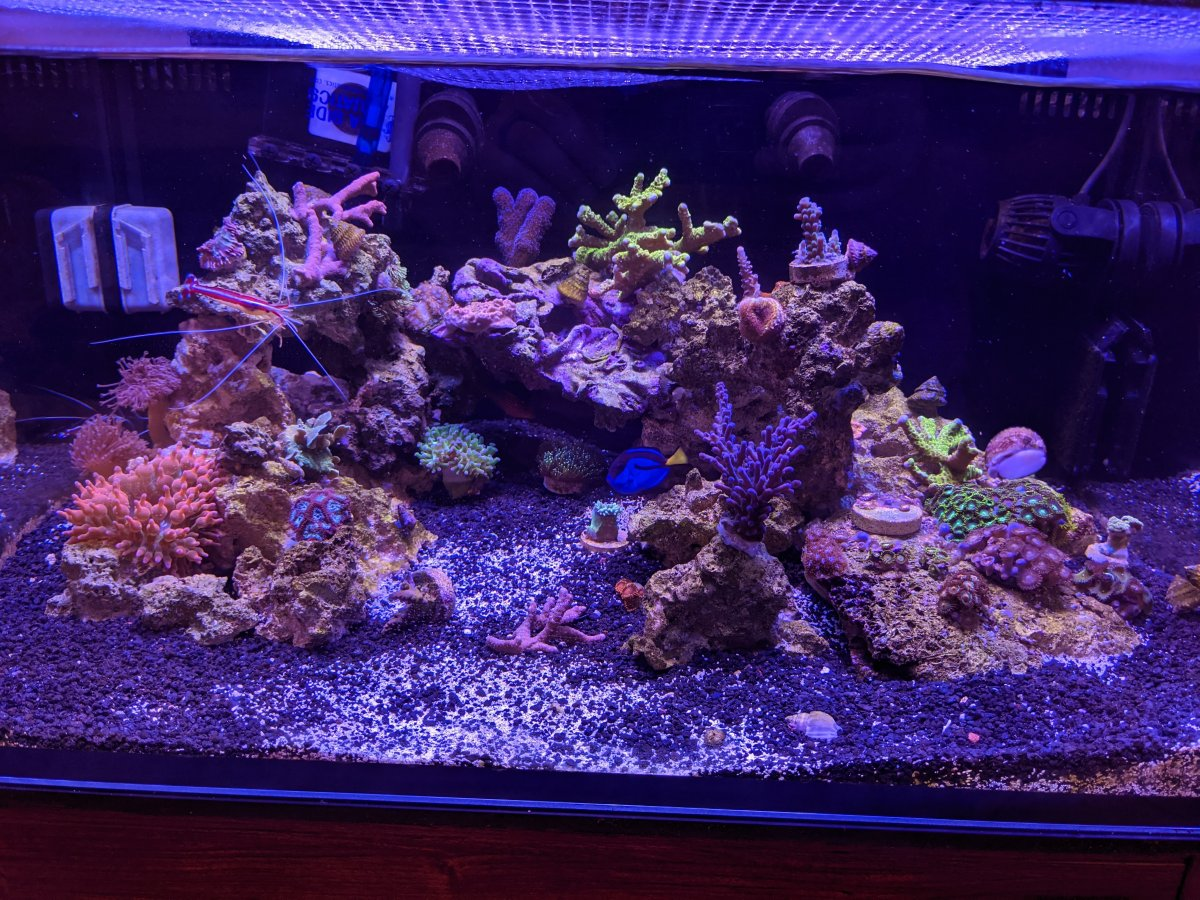 Bubbles or no bubbles, they look good and they're happy. My Inferno BTA started as one and has split at least 12-15 times over the last couple of years. 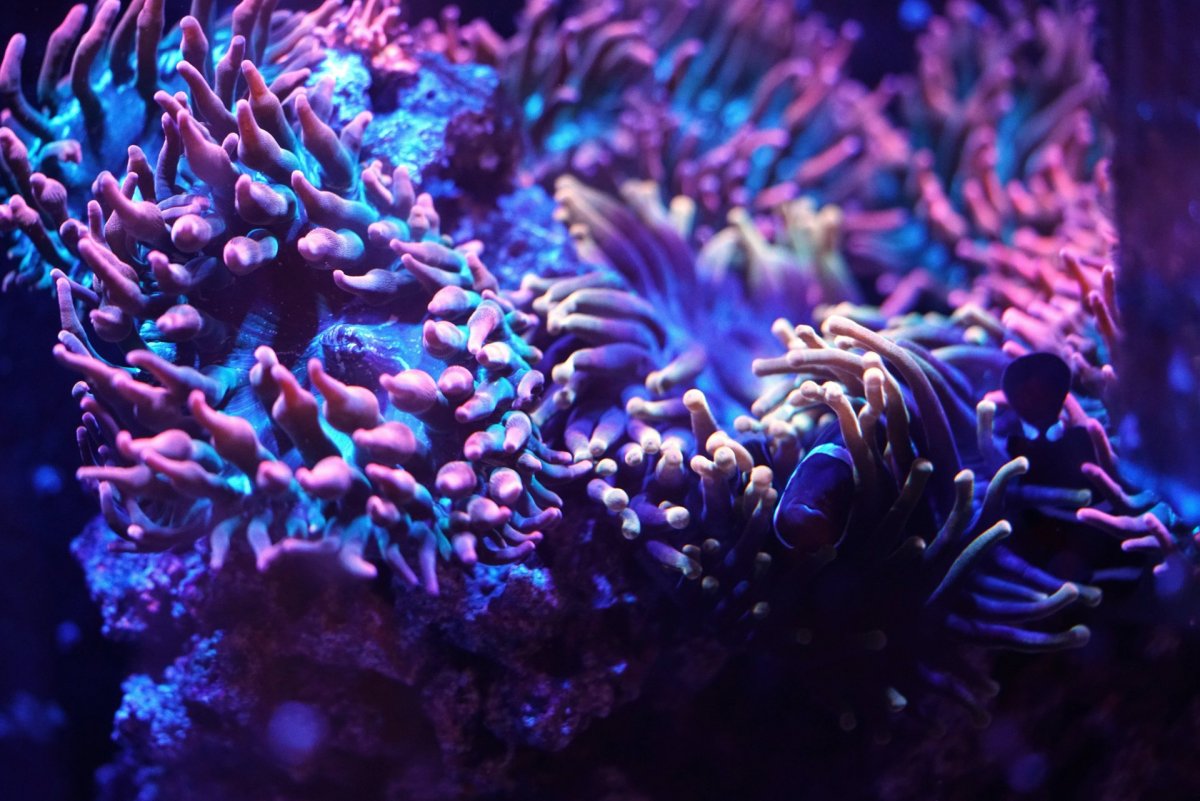 Found a cool article regarding @The Camaro Show nem https://www.reef2rainforest.com/2020/06/29/bonus-eccs-nexus-burst-bubble-tip-anemone/

I just put mine in the tank in January, no bubbles yet
P

When I bought mine it didn’t have bubbles and it was in outdoor tank by LFS (in the Caribbean) but it had just split. Brought it home and put it through quarantine and into display. Started forming bubbles and have remained so for months. 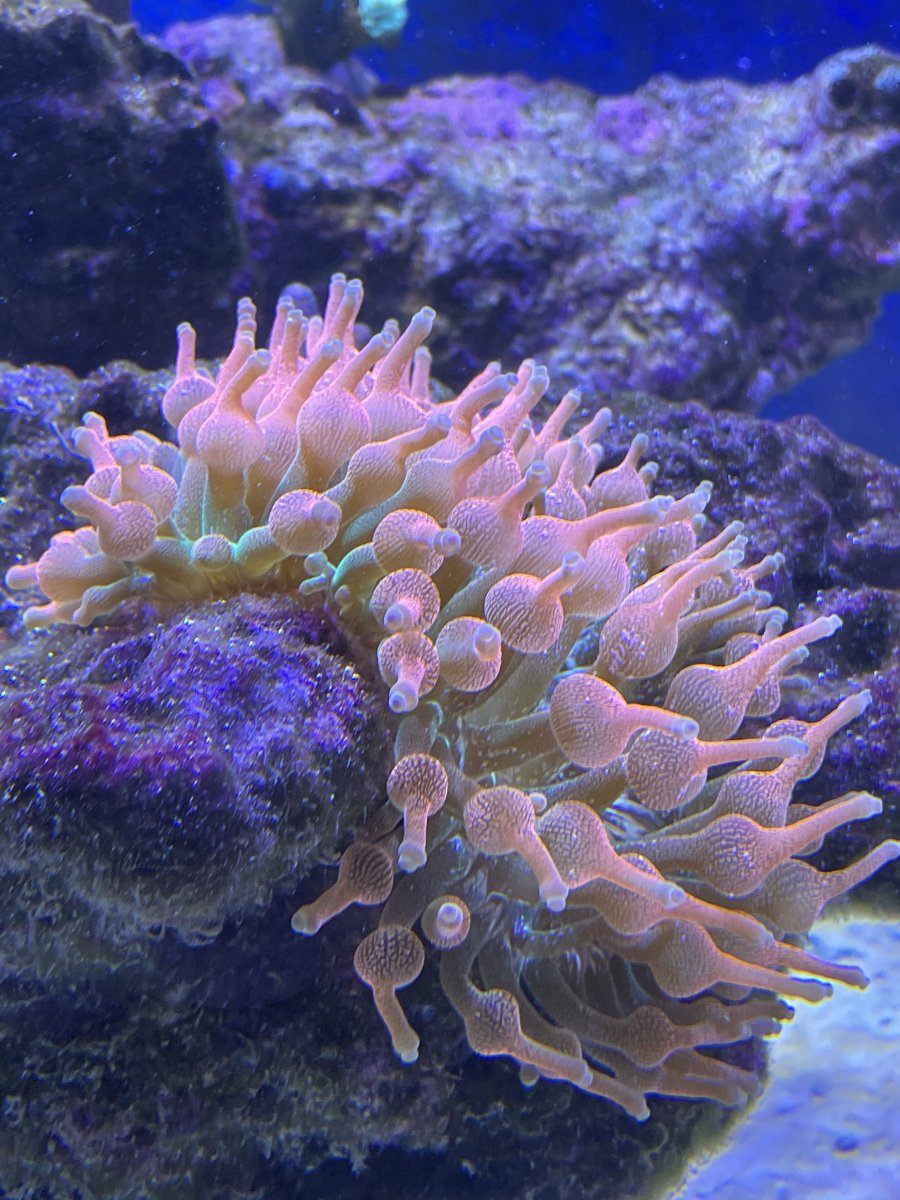 I have several of them and they have split many times. I never saw them with bubble tips. When i have compared to other tanks where these creature have bubble tips the main difference is the flow. Low flow=bubbles, high flow = elongated tentacles. About the light intensity i couldnt say, never tried with other light fixture. I have 4 AI Hydra on a 150 gallon Marineland tank.

That's my BTA, the Bubbles are always bubbly

Bellamy803 said:
I'll be fully apex/trident setup here in the next few days and will have the ability to watch the levels and see if its water params that cause my BTA and LTA both go through daily changes.......

For the MOST PART they follow my light schedule though.....just before lights on they open up. They are HUGE through ramp up and through the peak part of the day. About 1-2 hours during ramp down they will slightly shrink. Lights out they look like popped balloons. That is the norm. There are times they will be open at night but not as much as I would like since I view my tank in the evenings anyways.

Looking forward to having some solid water param data on a daily basis and I am hoping flattening the swing on each parameter will give all of these guys a chance to be in full bloom at all times. I do know they have to rest and go through a process each day. And I am ok with that. Just as long as something that I can control isn't causing them to do something otherwise they wouldn,t.

I will say this!!!! My BTA split within the first 2 months!!!! It was no larger than a softball when it did! Pretty pumped about that. The purple tip LTA I got at the size of a softball 3-4 months ago. It’s the size of a basketball now. Id love for it to split but I’ve read they are not really known for it. I’ll keep my fingers crossed because it’s just a monster at this point. (I had a 6” powder tang get sick the other night. I started a QT but by the time I got back home to move the purp nem had swallowed him hole ) I pulled him out since I didn’t want a rotting fish in the system but holy crap. What an experience for a guy who’s only been doing this 6-7 months now ) 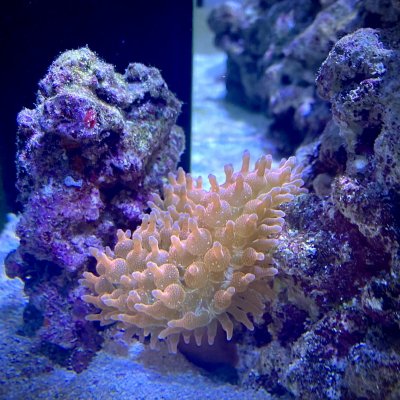 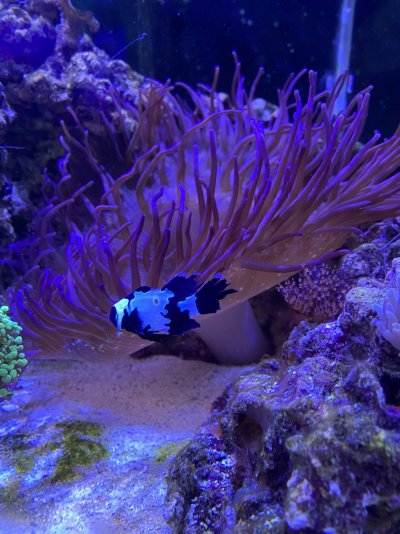 You could shift your tank’s light on/off cycle over a period of weeks to mate up more with your peak “view my beautiful tank” time.
Last edited: Mar 27, 2021

I have a GBTA that was placed on a medium flow area and is very elongated. Just changed the flow and hoping it will bubble up. I put a small RBTA in two days ago and it is staying bubbly. Hope it stays that way.

Mr. Azwell said:
You could shift your tank’s light on/off cycle over a period of weeks to mate up more with your peak “view my beautiful tank” time.
Click to expand...

I thought about this. I just have 1 more issue I would have to sort out to do it though. The tank is in a main living space with 25ft ceiling. 6 huge windows on one side. the bottom 3 which i can reach have blinds and the large 3 up top are just open. So until I can keep it dark in that room say until 10-11 am it doesn't make sense to start pushing my light schedule back. I was "THINKING" getting automatic blinds on them and have a schedule timer for them. It is a project I am highly considering.
B

I acquired a bubble tip from a fellow refer and it split. one has bubbles and the other doesn't.

Easy it just me or it it a lot easier to feed a bubble tip anemone vs a ritteri anemone?