The easiest and hardest coral to thrive in YOUR saltwater reef aquarium is...

I had to break my tank down to rid myself of the Xenia’s. I love euphyllia but just can’t them to stay for too long. Had one for two years n died for no reason, others die in a day or a month lol idk.

My easiest corals have been kenya trees and green pocillopora. Kenya trees drop branches all the time until I have a forest of them. The green pocillopora have spawned in my tank twice and I have new colonies all over the place. I counted 22 volunteer pocillopora colonies I never touched tonight. Seven in this picture alone. 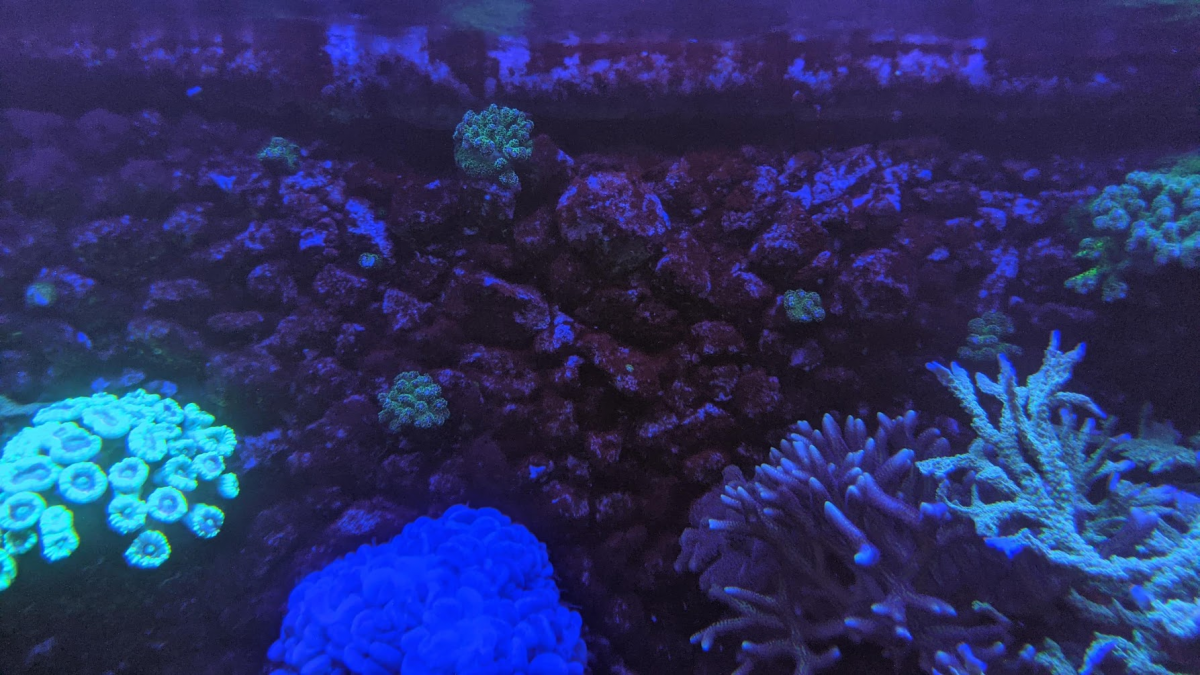 My hardest coral has been anemone's. I've lose 3 bubble tips, a seabae, and a condylactis. I've given up keeping anemones' for now.

Hardest: Any FREAKING monti. Acros are fine but I have had a digi that died and currently have two encrusting and one cap that are browning and bleaching. If anyone has a trick for them lmk lol
Click to expand...

I have had success with an orange digi and 4 plating Monti colors. see the picture. The orange digi is very hardy and from what I have read can grow a little too much over time. I placed 4 colors of plating montis high up in the tank on 1 rock. That was a mistake. For one, the purple outgrows the others and may shadow all of them soon. The orange is blanching out some and I suspect it and the red may like lower light. The green is happy but cannot compete with the rapid growth of the purple. Second mistake was not accounting for shadowing. Soon these montis will shadow everything below them.

I have seen tanks with plating montis in the middle height of their rock structure with nothing below or magnetically attached to the back of the tank. In hindsight, I wish I would have done one of those.

My tank recently turned 1 years old and my corals have done much better with time. 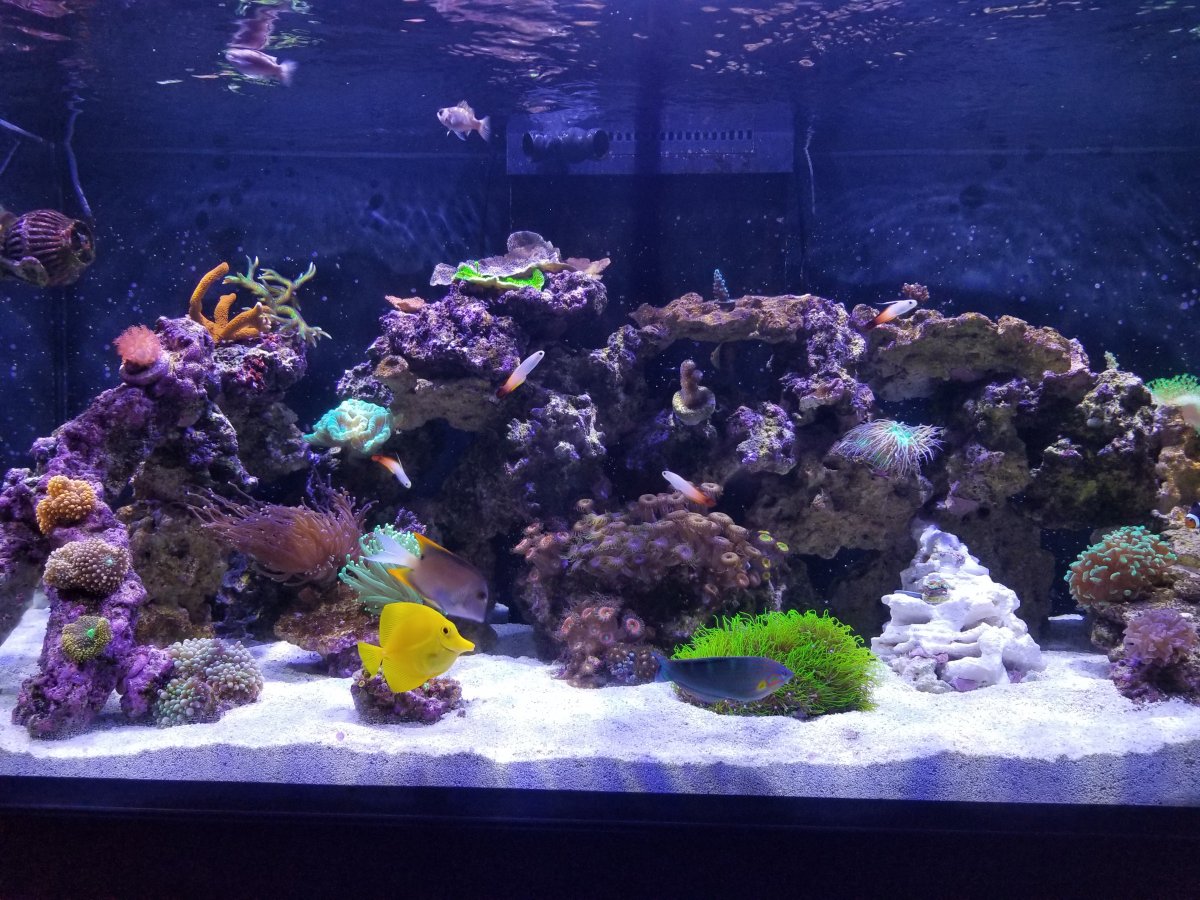 Mike H2020 said:
I have 3 scolys now showing some skeleton. How long did yours last ?
Click to expand...

Probably about 6 months. The tank was younger then, and the urchins seemed to irritate it. It struggled for quite awhile, but in the end it declined quickly. I feel like I might be more successful now, but that's a lot of money for that kind of gamble on a slow grower.

Hardest: pink goni (my neighbor and fellow reefer brought me a plug that was dying...kept it alive after 6 months and maybe growing slightly).

Moodiest: ricordia (one day they are half dollar, the next day a dime or smaller). who knows why.

Jury is out: Acans (added 2 a couple weeks ago) and SPS (added 3 from coral euphyllia a month ago). Time will tell. Alive so far.
L

AKreefgirl said:
Me too! I want my mushrooms to multiply and cover rocks and they just sit there -for years. I just got 2 test acros to see if I can make them happy, so far one is growing (covered a break in 1 week) and the other isn't declining, so I consider that a success. Monti's, Stylo, Birdsnest all thrive.
Click to expand...

Sounds like a success! Join the club for forever alone mushroom and thriving acros
L

dennis romano said:
Hardest: Gonis. They go near my tank and die Easy: Just about any Euphyllia
Click to expand...

Check your Iodine levels. From what I have read Gonis are sensitive to low iodine. Mine do well and I keep my Iodine close to the 0.06 ppm level that is standard for my salt and what I have seen recommended for Gonis.
S

Easy: Euphyllia or at least the ones I own.
Hard: Pulsing Xenia just melts away to nothing.

I‘ve only been in the game 3 1/2 years. My first tank (65g) is going well but is Softie and LPS only. I can’t keep an SPS alive in it. I feel this is almost certainly due to the large Neon Green Sinularia that dominates the tank. The mix of softies and LPS I have in the tank with it are going great, but all SPS have failed. I also have a big Goni that loves it’s spot.

In my newer 120g tank however my Acropora are all going well. With them I have a mix of LPS - Hammer, Torch, Lordhowensis, Acan, Favia and a Goni. The LH, Acan and Favia have struggled to date but I think that was due to a lack of nutrients and stepping up feeding substantially in the past few months has delivered good improvements. By no means where I want them yet but I think they’ll get there. One thing is for sure, no Sinularia for this tank. I love it in the small tank, but that forces me into an LPS/Softie only situation. In the larger tank I want a more varied mixed reef.

The coral I’ve had least success with to date are Favia. I had a nice specimen in the small tank but it gradually was taken over by algae. I have a couple of patches of grow out still looking good but the original colony (which doubled in size in the first 6 months) is all algae now. In the new big tank the very nice specimen I put in struggled the most due to low nutrients. Hopefully I can nurse it back to health and get some growth happening. 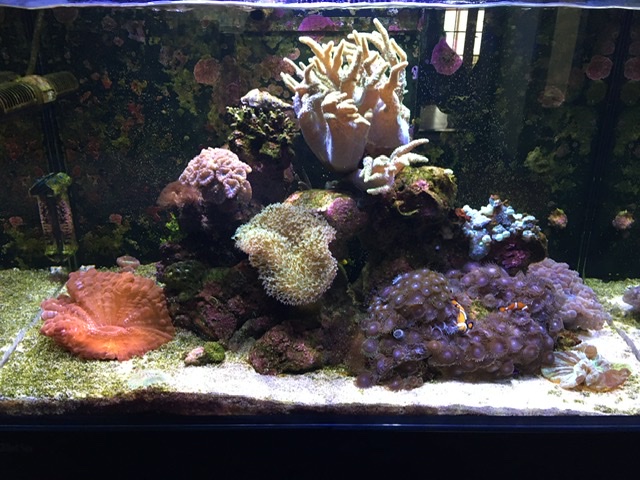 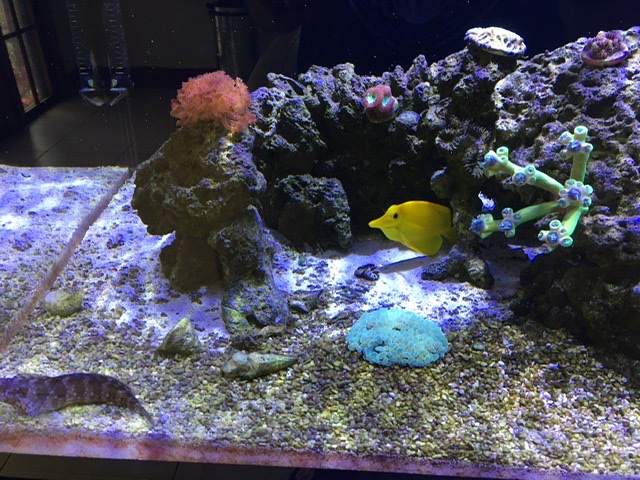 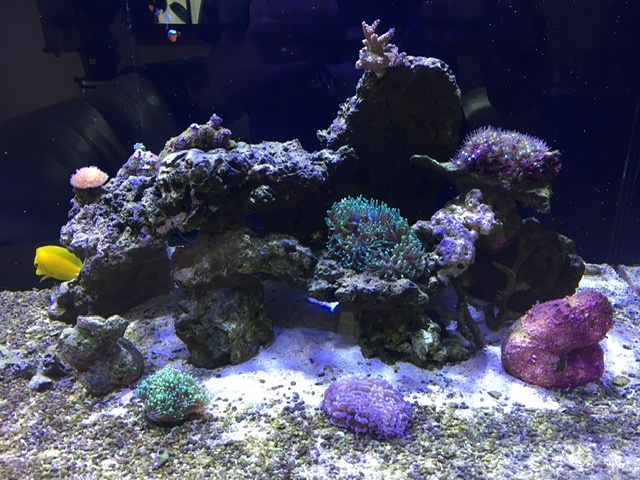 easiest, pallys, gsp, and blue mushroom
hardest, zoas, believe it or not. tried multiple times with multiple types, all died

So far for me

Easy: Trachy and Acans (both of these have stayed extremely happy even during my 4 month Dino battle). Before Dino’s my blastos were taking off.

Hard: I’ve had a few acros and sps die but I believe that is because unstable parameters as a few are handing in there and parameters are now stable.

What is the easiest and hardest coral to thrive in YOUR saltwater reef aquarium?

I cannot seem to keep a trachyphyllia for more than 6 months. Everything else grows like weeds...

Ben Pedersen said:
True photosynthesizing sea fans... They last 2 years, grow a little, then suddenly die.. I have liked them since I was a little kid.

Here are the last 2 I had. They had great polyp extention, grew and looked great.... After successful keeping for around 2 years they both died. I was so bummed.. they are very hard to find. 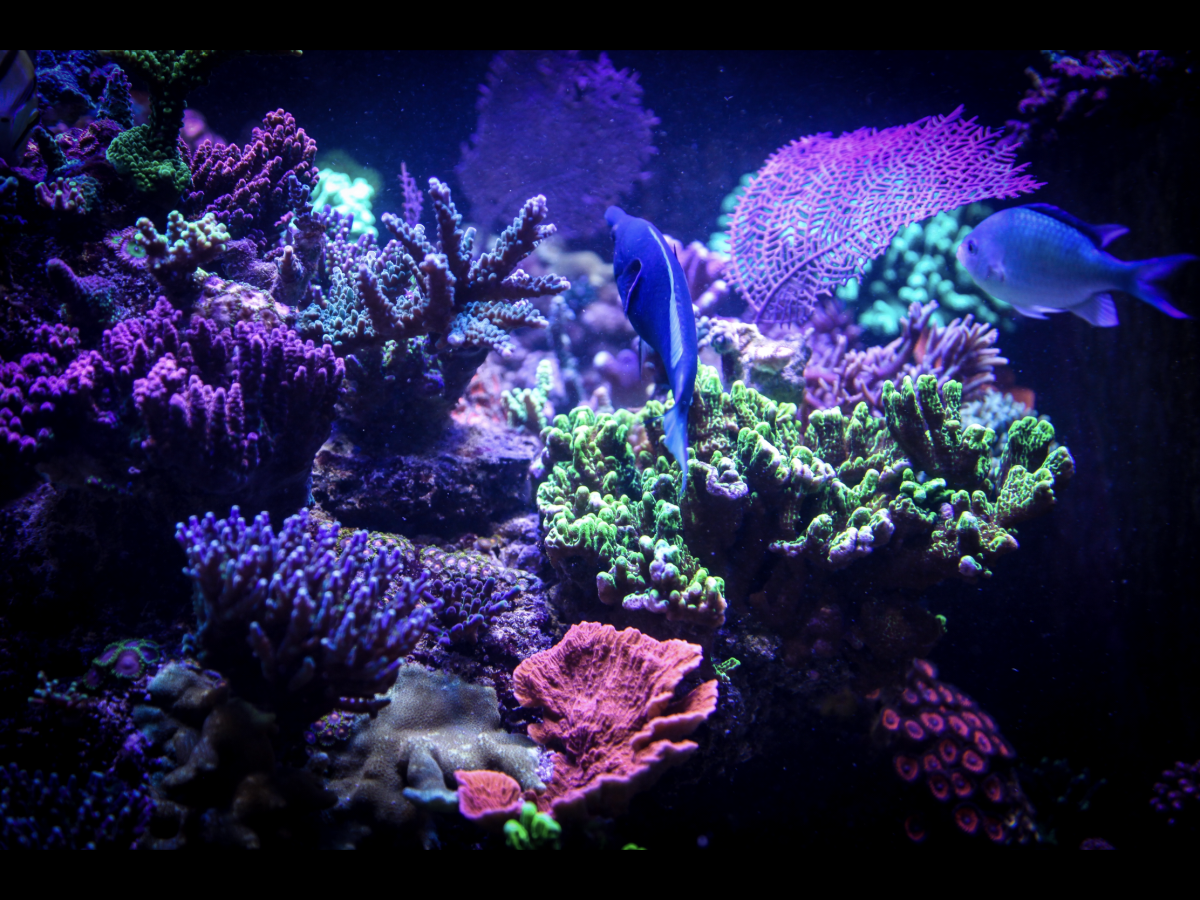 Easiest is definitely acros, scolys, and torches/hammers. Hardest are undoubtedly octospawn and gonis. I also consider zoas difficult, not to keep alive- thats easy, but its hard to get perfect coloration and growth rate.

stanleo said:
Me too!! My hammer does exceptionally well but my tank killed a torch in less than a month!
Click to expand...

How did your torch die?? I have 2 torches and now everyones scaring me that their difficult to care for. Just got into the hobby , any warning signs of a torch not doing well i can look out for?

PeterB113 said:
How did your torch die?? I have 2 torches and now everyones scaring me that their difficult to care for. Just got into the hobby , any warning signs of a torch not doing well i can look out for?
Click to expand...

Mine retracted a lot. That is all I can remember I'm sorry I can't be more help.

The easiest is Kenya, GSP and Anthelia.

QUESTION OF THE DAY Without this fish your saltwater aquarium is not complete..
3 4 5 6 7

What (in your opinion) Is the easiest fish to keep for beginners?
2

When do you give up on a coral?

I LOVE THIS! Your favorite saltwater aquarium or coral reef related photo!