The evidence based 210 gallon build thread

Longtime build thread voyeur, time for my first build thread. This tank has been up for just under 3 years, but for reasons that I'll explain later the tank is in the middle of a reboot, and I think I'll tell most of this chronologically. But first, a little about myself...

I spent the first 8 years of my life on a farm in SE Michigan. This taught me respect for nature and a love of growing things. I was a voracious reader from a young age, and one silly little children's book on morality and greed titled "The Three and Many Wishes of Jason Reid" stuck with me for a reason some of you may be able to relate to? (Hazel Hutchens (a), Julie Tennent (i), Weekly Reader 1988, Cover below) 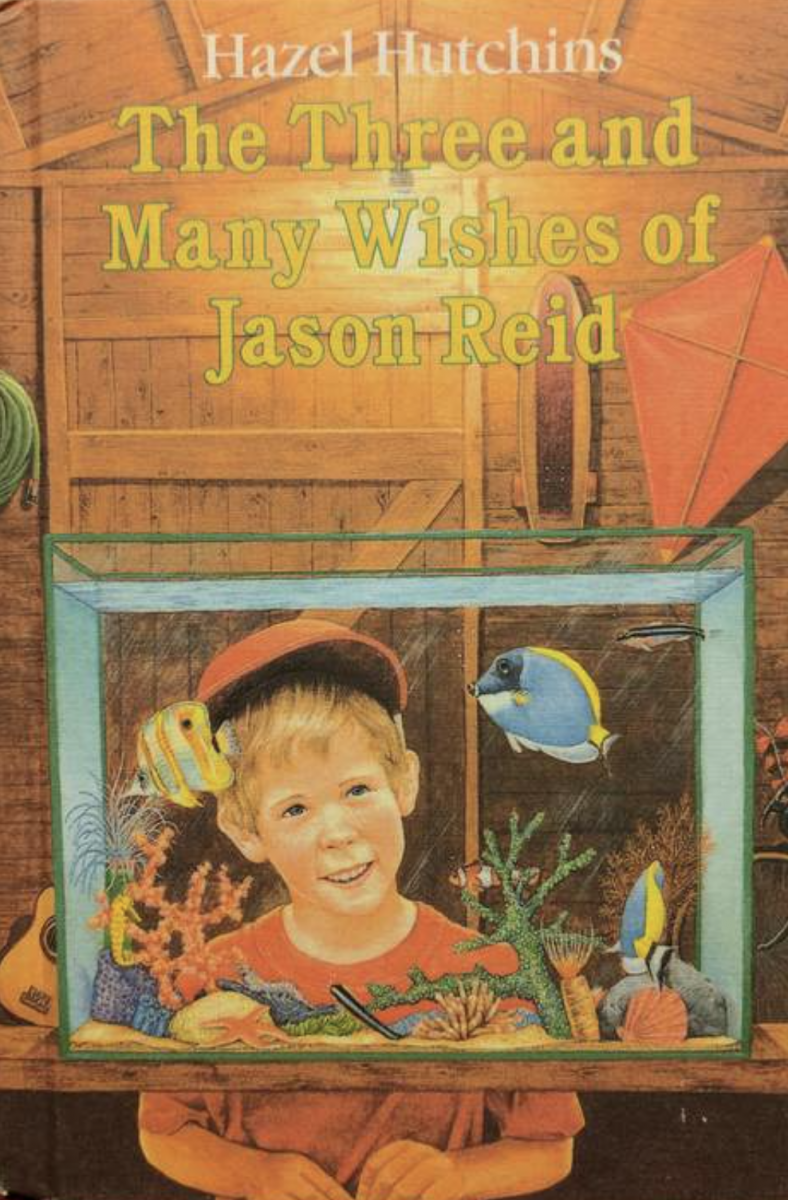 Ah that saltwater tank on the cover stuck in my head for decades.... The book was published in 1988. Where was the under gravel filter haha? A move to Toledo, OH, freshwater tank as a teenager, degree in medicinal chemistry, then on to medical school. At the end of medical school I was searching all over the country for a surgical residency (training, and more like Scrubs than Grey's Anatomy, IMO). One burning desire in this search was to end up in a place where I could finally have a saltwater reef tank. So that pretty much eliminated apartments in Philadelphia and New Jersey! I'm almost ashamed to say that even though I had never had a saltwater tank before, I knew this hobby would be for me, so I made some major career decisions based on a hunch. This was spring 2014 and BRS TV had about 210 youtube videos (I think the "Red Sear Reef Coloration" video from January 2014 was one of the last ones I watched before I mentally committed). These videos were 95% responsible for giving me the interest, understanding, and confidence to enter this hobby and also 95% responsible for the thousands of dollars sent BRS's way in purchases, to date. Online forums (like R2R) were inspiring, but also served a critical purpose connecting me to reference materials. There were concepts I wanted to be more comfortable with before taking the plunge.

I ended up staying in Toledo for my surgical training and purchased a 2nd floor condo in June 2014. I asked the home inspector prior to purchasing how much weight he though the floor could support, and found out the floor was rebar + steel girder reinforced concrete. Basically I could park my car in the living room if I wanted to. When I told him it was for a fish tank, and thus was concerned about the weight, he chuckled, probably imagining the kind of tank I had as a teenager. I don't think he was familiar with the average saltwater hobbyist I spent 10 months fixing the place up and replenishing my savings before I could budget in a tank. Meanwhile I LIVED on craigslist, youtube, and reefing forums.

A lucky craigslist search, a friend with a truck, and $400 cash in May 2015 had me in Detroit, picking up a 100 gallon acrylic with plywood stand. I underestimated the size of the stand, and the seller generously let me come back the next day for a second trip. First of many examples of reefers taking care of each other.

It was a good learning tank and I'm sad to say I don't have many photos, but I loved the black sand with the coralline algae and reef rock and bright fishies, anemone, a few corals... I imagined the tank as being high contrast, including the black background, and I achieved that vision but realized I had actually wanted something else all along! 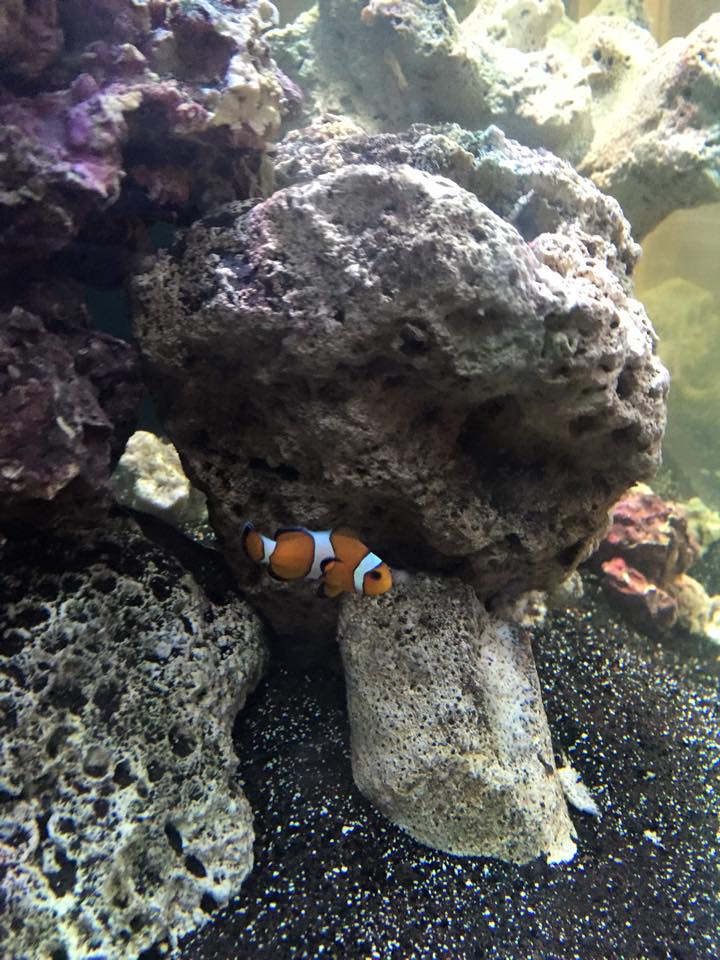 
After a year or so of the 100g acrylic, and learning both the hobby and the limitations of my current setup I selected a glass tank, peninsula style, but planned to be against a wall for now. This allowed me to maximize depth and I was planning on having the tank for years, knew I would eventually want it to be a room divider. Build by custom aquariums, plans below. I had it drilled fo rate synergy reefs shadow overflow but used the custom aquariums siphon stopper return line. 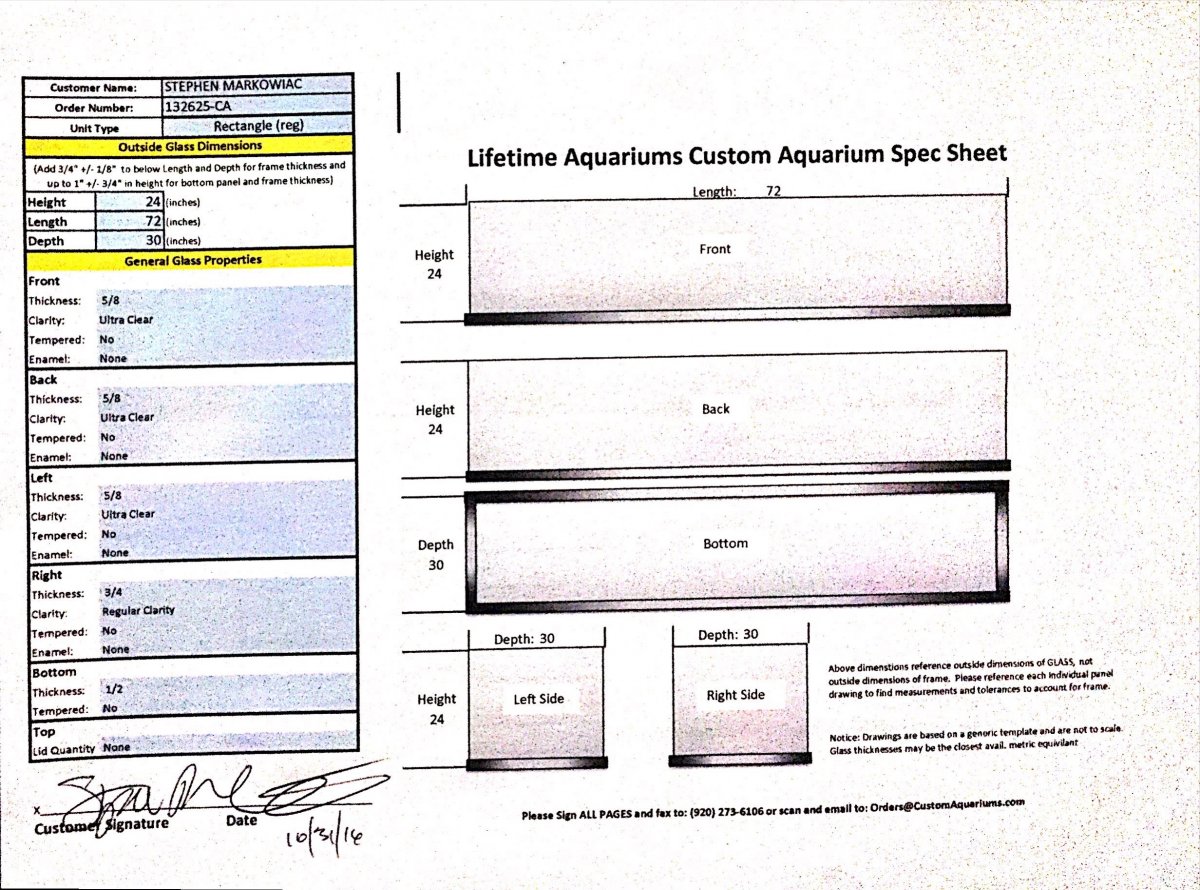 So I think I will pause in telling this story for now. Please stay tuned, and thank you to everyone at R2R, BRS, my friend with the truck, everyone else who will eventually be mentioned in this thread, and YOU the reader for your click, time, and attention. We'll get into why I'm calling this the "Evidence based 210 gallon build thread" a few posts from now!
Last edited: Oct 16, 2019

Ok so due for an update! When last we left off I had ordered a tank from custom aquariums, so the next step was to build a stand. I chose a stand built from 2x4s with the plan to skin it in with pine at a later date. I chose to custom build for a few reasons:

Save money
Fun
The corner to the left of the tank has two 45 degree angles instead of a 90 degree angle, so would have been tough to get that "built-in" look I was going for.

This is the template I used - 72 wide, 30 deep, 40 tall. Image from Pinterest, going down the image link rabbit hole gets me to an unnamed photo bucket account so apologies if this is owned by anyone... 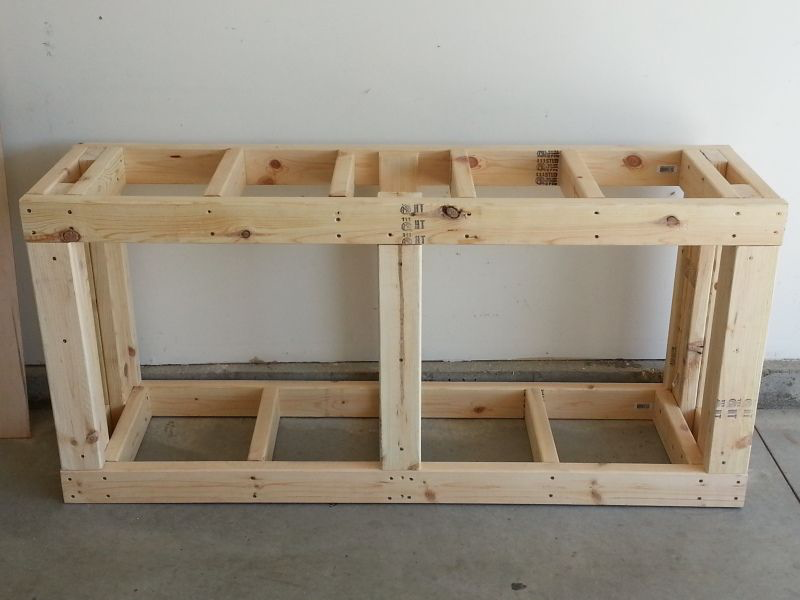 Home Depot trip always a good time. I see the photo is March 2017, therefore I would have gotten the new tank "wet" the following Sunday March 18th! 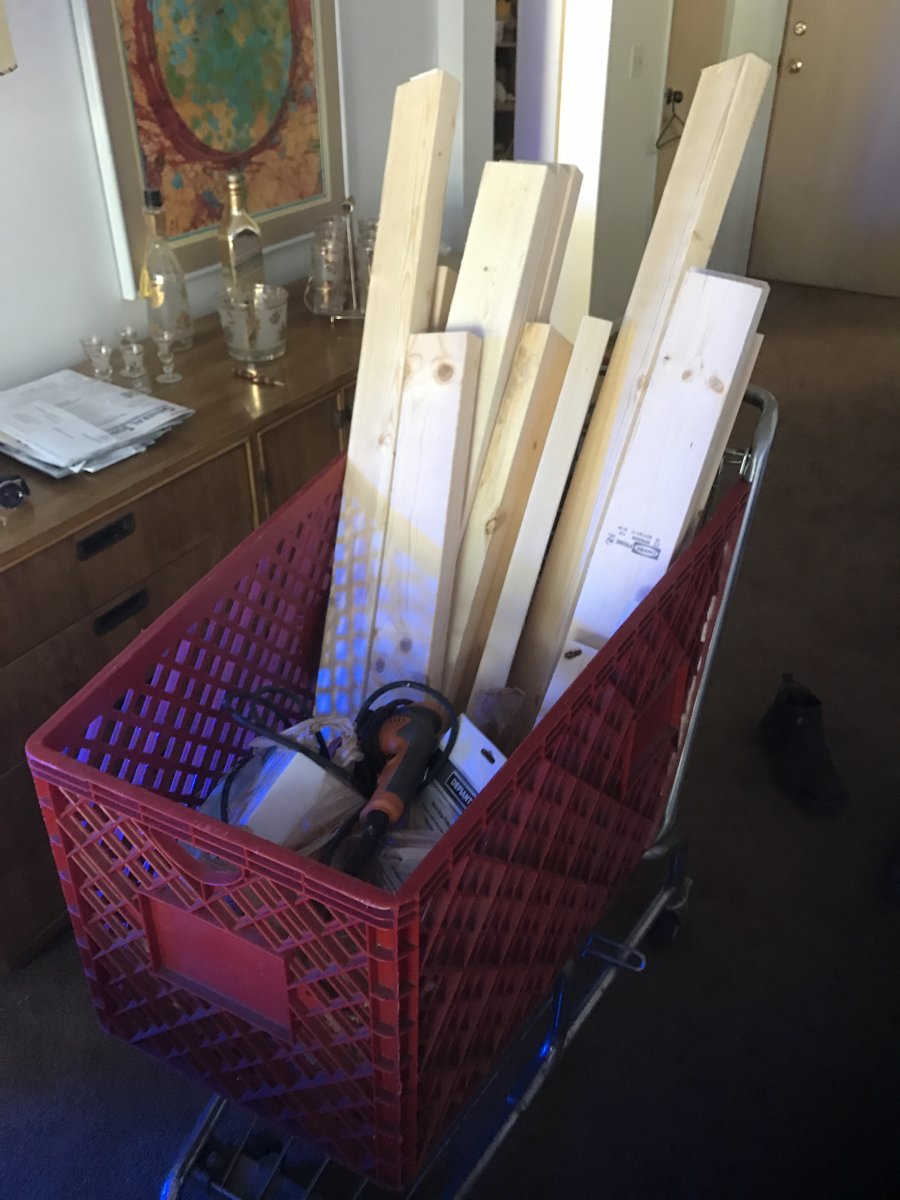 I built a custom waterfall algae scrubber with large 12 inch by 24 inch sheets as described by Santa Monica on his infamous sticky thread. Lit by both sides. I went skimmer-less for this build right off the bat. 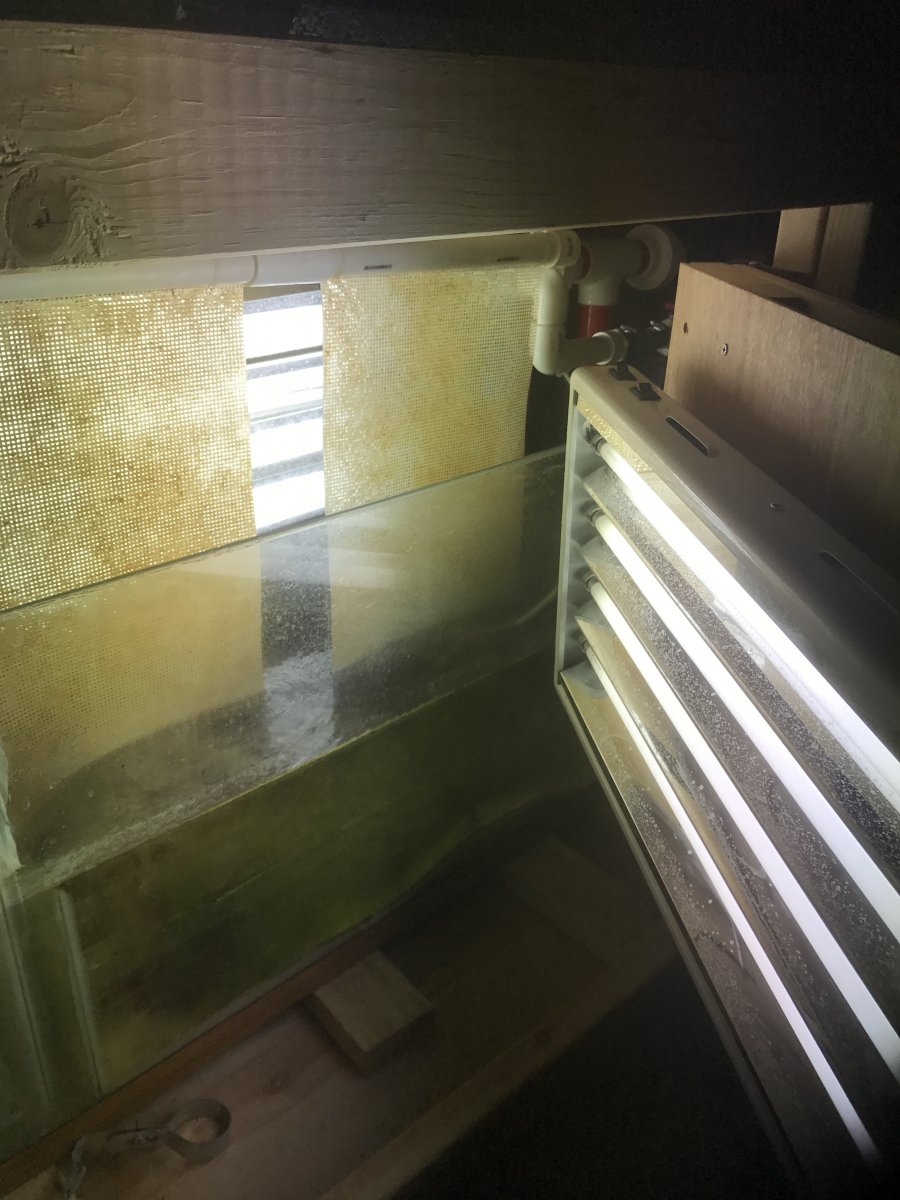 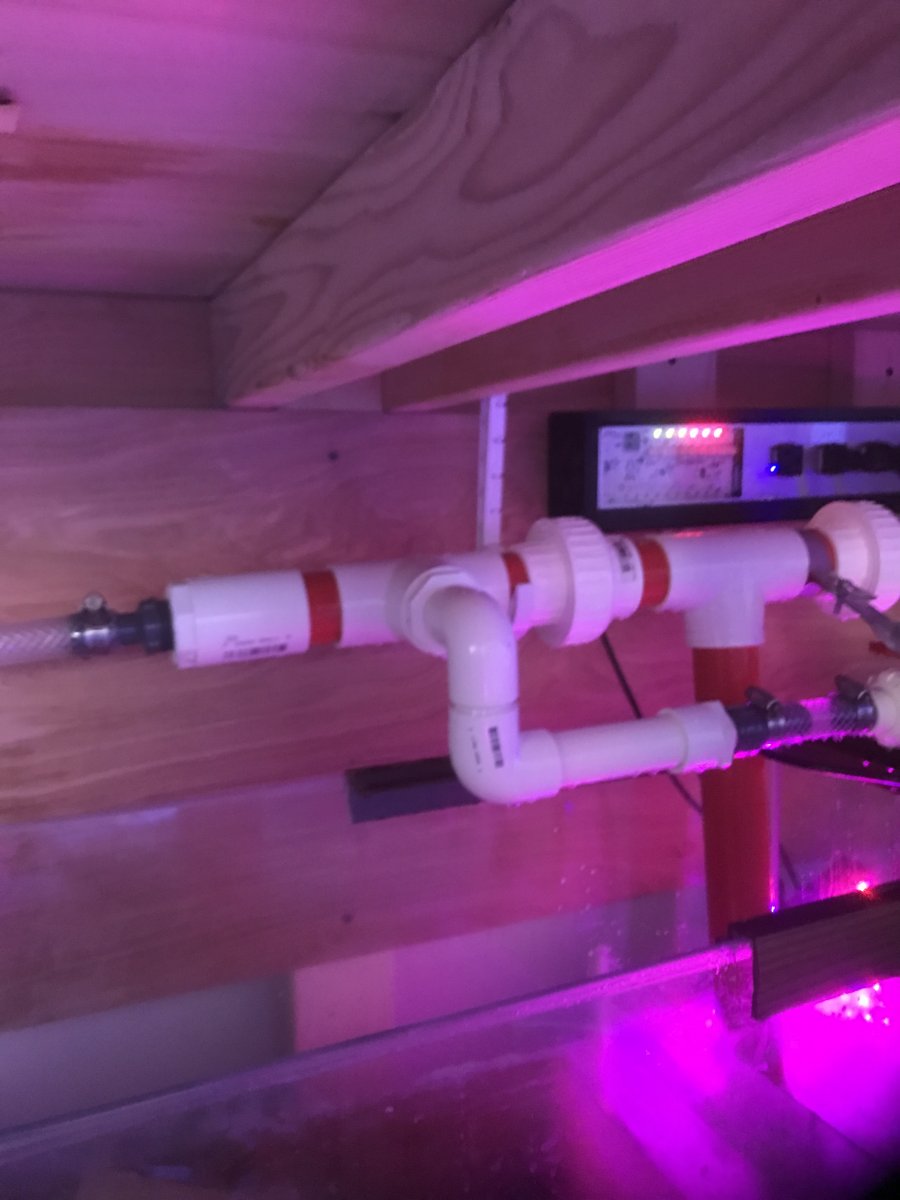 One month in videos. The tang gang is settling in. Sorry for the hazy glass, and for @melev in the background, love his channel!

Feeding the right side of the tank. Happy clowns and jawfish burrow. Really happy with how the Coraline growth was one month in.

Better shot of the jawfish. Not very shy!

So I think that's where I'll leave the reefing story for the day. At the time I felt like I was on top of the reefing world with my rookie mistakes behind me and only success ahead. The next posts will be some of the ups and downs of the past two years. Thank you for your clicks and attention!

Thanks I’ll keep taking vids and posting as I catch up to the big changes this past year and what’s planned!

That book cover is great. Not one, but two powder blue tangs in what looks like maybe a 20 gallon tank. Of course that’s not to mention that there’s absolutely no gear in the tank (heater, light, filtration, water movement,....).

Looking forward to the rest of this tank story! Nice introduction and cliffhanger.......who doesn’t like a good cliffhanger.
OP

Thanks I may have some time to write the next part tonight or tomorrow night...

Do you want to hear more about the gear first or about the early challenges?

flagg37 said:
That book cover is great. Not one, but two powder blue tangs in what looks like maybe a 20 gallon tank. Of course that’s not to mention that there’s absolutely no gear in the tank (heater, light, filtration, water movement,....).
Click to expand...

Jeto2004 said:
Looking forward to the rest of this tank story! Nice introduction and cliffhanger.......who doesn’t like a good cliffhanger.
Click to expand...

flagg37 said:
That book cover is great. Not one, but two powder blue tangs in what looks like maybe a 20 gallon tank. Of course that’s not to mention that there’s absolutely no gear in the tank (heater, light, filtration, water movement,....).
Click to expand...

Right!?!?!?!? It’s CRINGEWORTHY
But I can’t judge it because we all have these fuzzy warm childhood memories hahaha