Following is my attempt to document the last year and change of working on the tank I call my Frankentank.

I've always been interested in getting a saltwater aquarium, but I move quite a lot, and tanks are not exactly the definition of portable or inexpensive. That said, on August 3, 2019, I was offered a free, abandoned, 38 gallon FOWLR and its surviving inhabitants, with bags of random unidentified, possibly tank related parts. I took this as a sign, so with no experience, I everything was loaded into buckets and bags and I set off on a fabulous adventure.

After setting it back up at home, the real work began -- bringing the salinity and nitrate levels down to acceptable levels, and furiously searching R2R for tips. 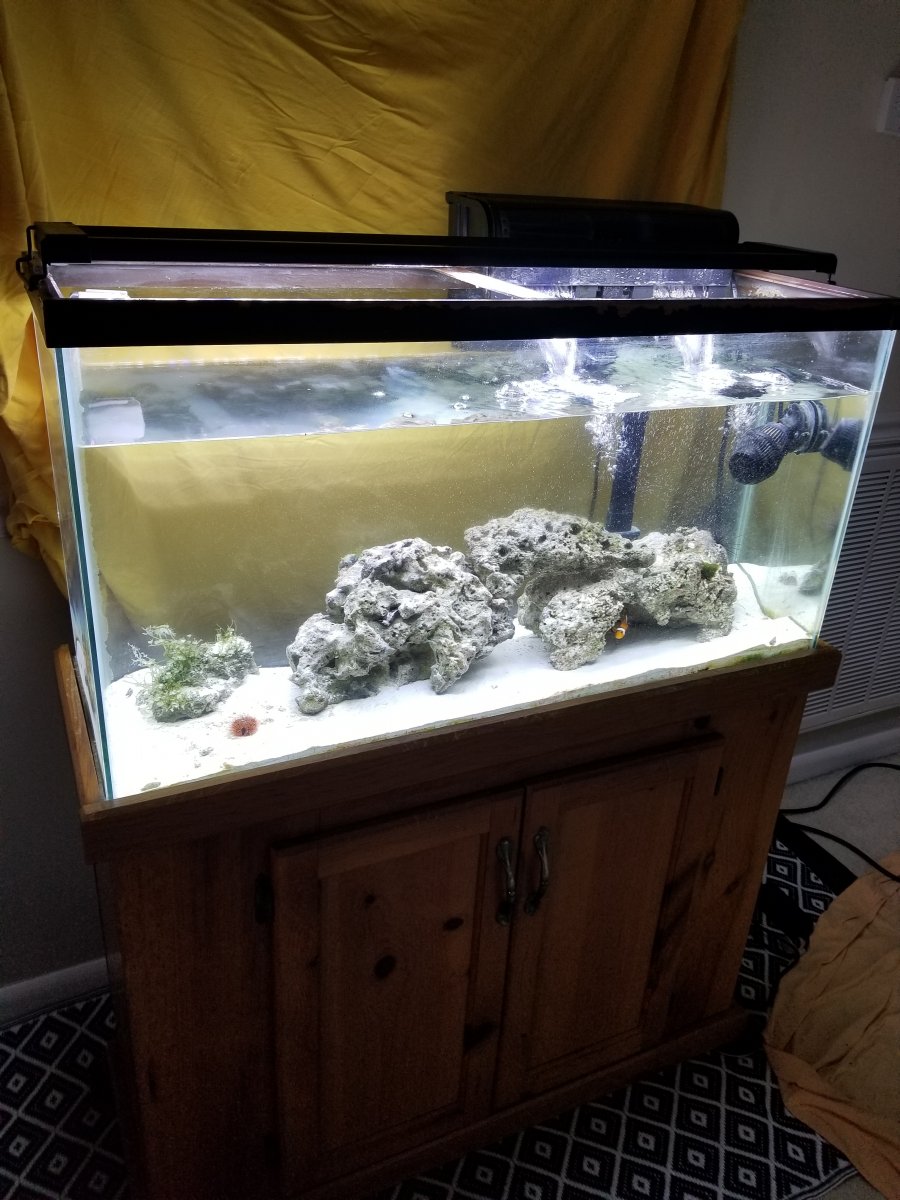 A week later, the tuxedo urchin was a casualty, but the salinity levels were down to 1.030 and nitrates were at the top of the chart. Still too high, but definitely better than before.

Two weeks in, and salinity was at 1.026 and nitrates at 160. Moving in the right direction, but much more work to go.

Week three, after much research I realized that within the bag of random items, there was most of a HOB protein skimmer. I ordered the appropriate missing O-rings and pump, and it was soon up and running. 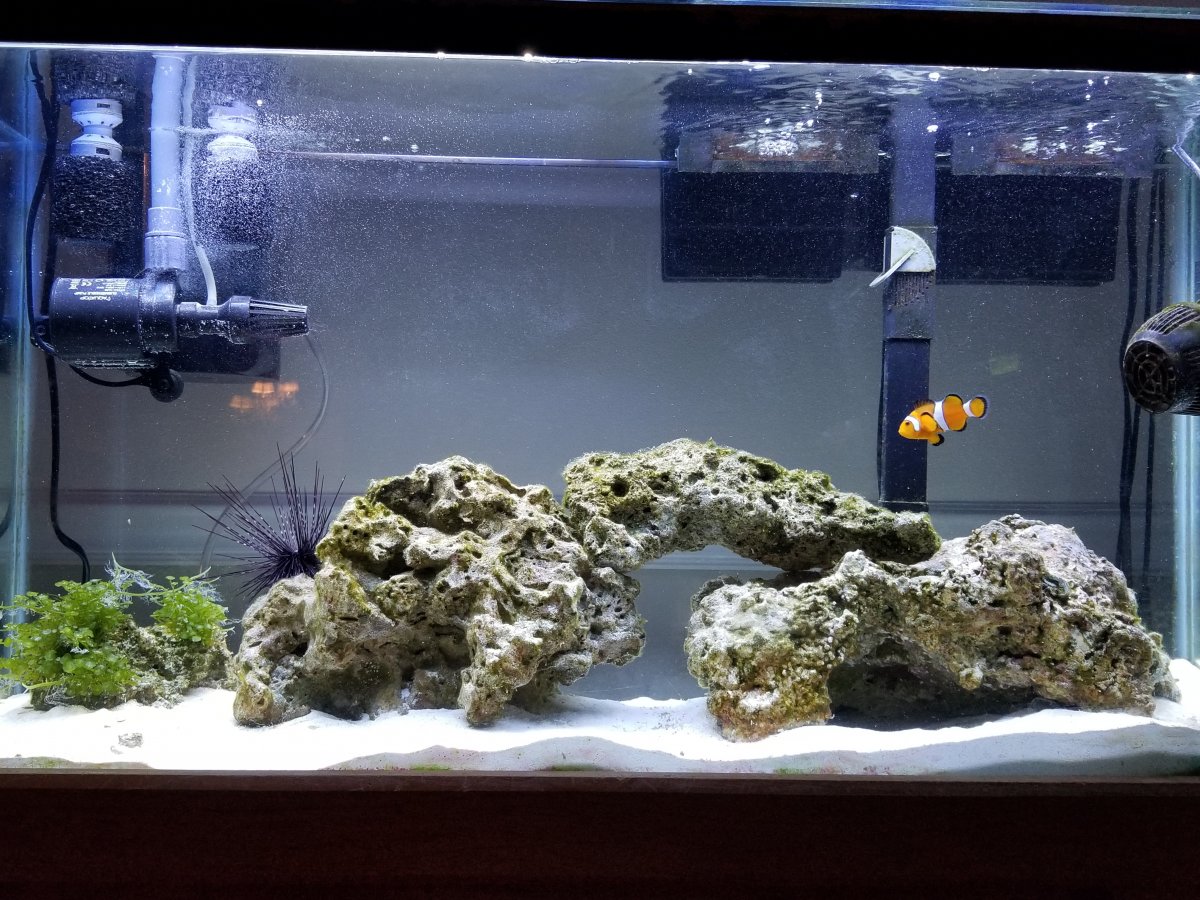 Within a week, and some vodka dosing, nitrates had dropped to 80. Two weeks later, in September of 2019, nitrates were at 20, still high, but better!

I think many of us have cobbled together frankenreefs one way or another! 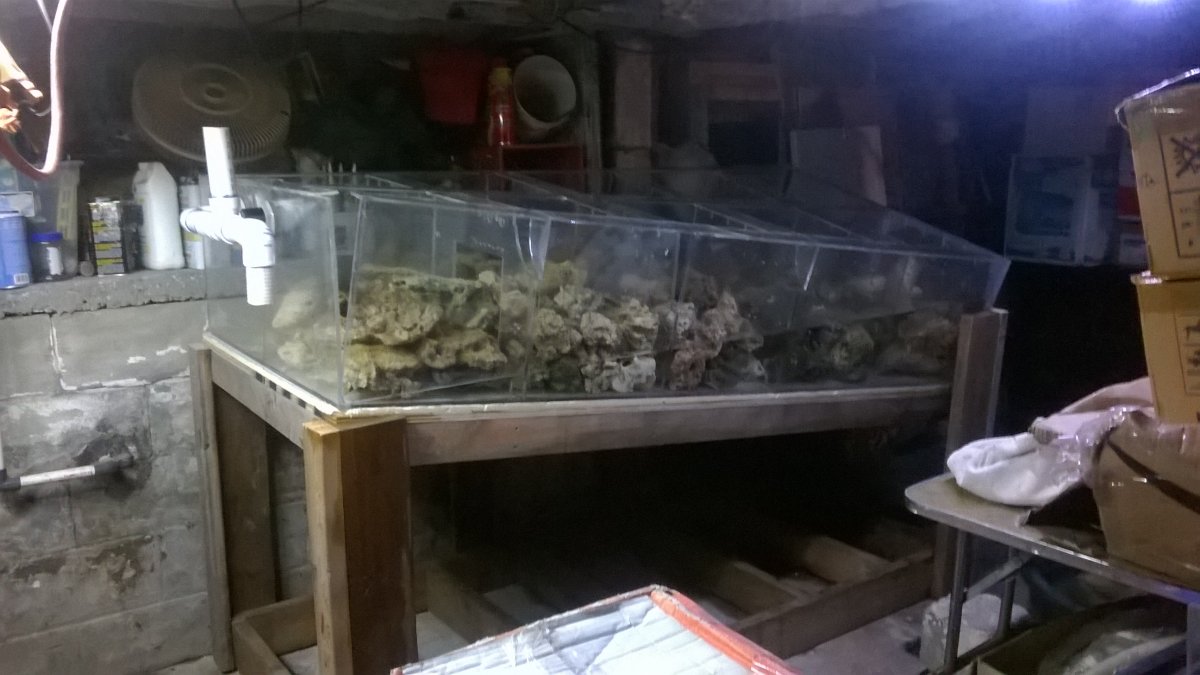 fishguy242 said:
hi,Frankentank,meet "Frankentank"great job with the rescue following along

Daymmmm not a pleasant sight. Whats next?

ReefRusty said:
Daymmmm not a pleasant sight. Whats next?
Click to expand... 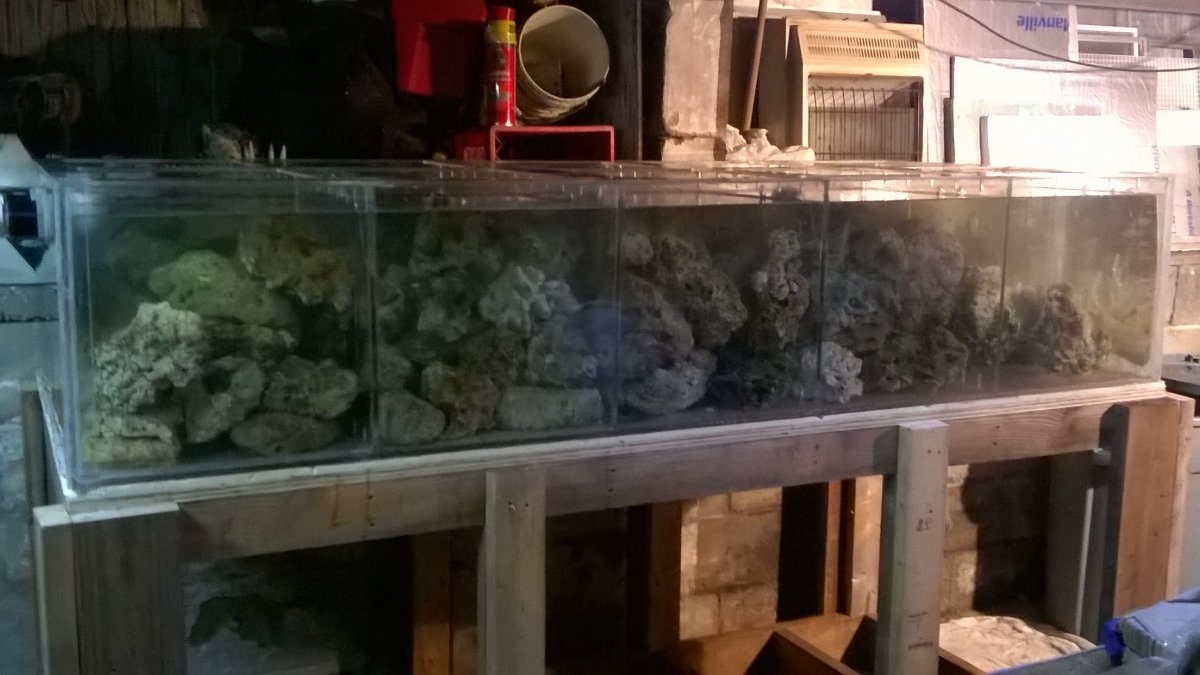 Phenomenal! Good job would of been an interesting time. My wife would of bought be 1 thing.. divorce paperwork.

Build Thread Begining of my 125