Vermetid snail? or something else?

So my gf's brother gave (literally gave) me his nano tank including all the rock, corals, and fish. I wouldn't be in this hobby without him. I'm glad to be a part of this now, though. I don't even know the names of all the coral types I have in this. Total newb.

Anyway, after a bit of research, I do have some questions. On one of the (i think) hammer corals (maybe it's a hybrid), there's a small red tube sticking out and I wanted to know if it's a vermetid snail or something else? Also, what would I do about it. I've attached some pictures. The second picture is the back of the coral. There's a pink spot. Don't know if it's a new polyp or another snail.

Just to clarify, the coral in question is not on a plug. 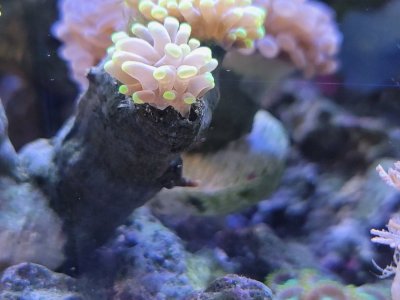 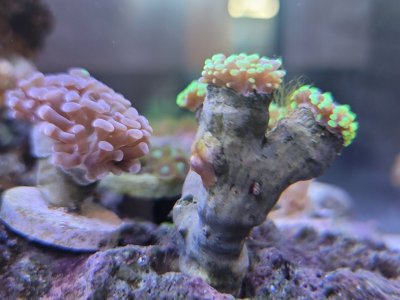 I am not 100% in the first picture. It maybe a vermetid snail. Does it ever have a long stringy like runner come out of it?

the second picture looks sort of like a flat worm. Again not 100% sure.

First is def a vermetid scrape him off or epoxy over. The second well need a better pic of. Or scrape off into container of water and get a pic.
OP

when i get home, i'll try to take a better picture of the thing on the back.

appreciate all the help.
OP

Here's a picture of what's on the back. it doesn't look like a vermetid, but I don't know what it is. 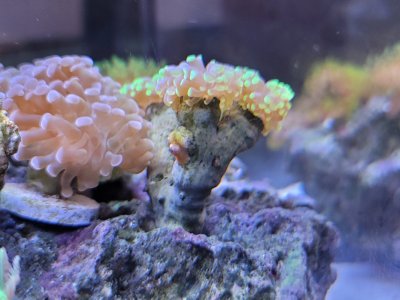 Does it scrape off? It might be part of the coral. They get little nubs on them.

Need help with ID of critter