The rubber seal where the power cable enter the controller is split and coming apart. I can just use electricians tape to hide the wires, but wondered if anyone knew where I could find that exact rubber seal part, would be nice to repair it properly. 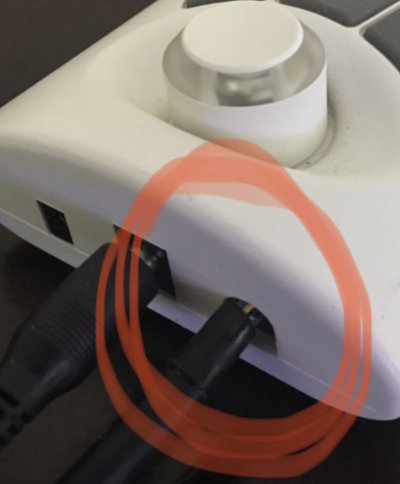 If you go on digikey.com and search cable strain relief, you might be able to find something that'll work.
M

I just globbed a whole bunch of hot melt glue there.
OP

Thanks @TDEcoral, it’s much easier to find once you know the name of what your looking for. I think this might work well. uxcell 15pcs 8-7mm PVC Strain Relief Cord Boot Protector Power Tool Hose Black
I doubt I’ll be able to stretch to get the wire in, so may have to cut down the middle, slip on, then super glue back together.
OP

Presumably, these wires don’t just pull out of the connector and then insert right back in? Anybody know?

How does it work? Which pin extractor do I need for this?

iReefer12 said:
How does it work? Which pin extractor do I need for this?
Click to expand...

On each pin there are, I believe, two little tabs on each side. The pin extractor is inserted into the front of the molex connector on either side of the pin which depresses the tabs and allows you to pull the wire/pin out of the back of the molex connector. Then when you're done you can simply push the pin/wire back into the connector. Just be sure to document where each wire goes on the connector. I'm sure there's a video on YouTube that would show you the process.
OP

This was such a PITA, but, the end result is worth it. Looks so much better. 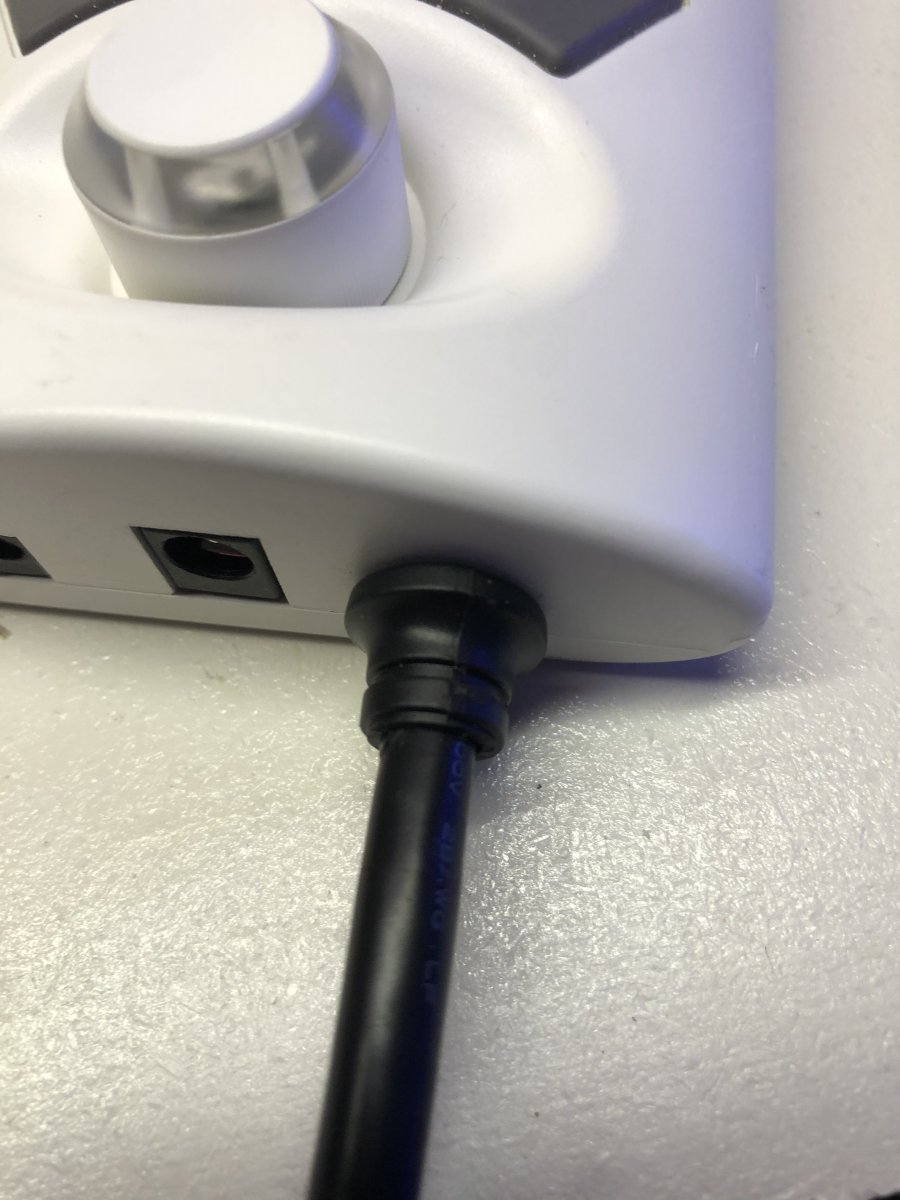 I’ll do a step by step, because it was not easy. I even bought the tools for it, but they wouldn’t work, so used some staples which worked.

1. Use a staple to squeeze the pins together and create some room on the sides.

2. Slide the tip of one of the staples on one side 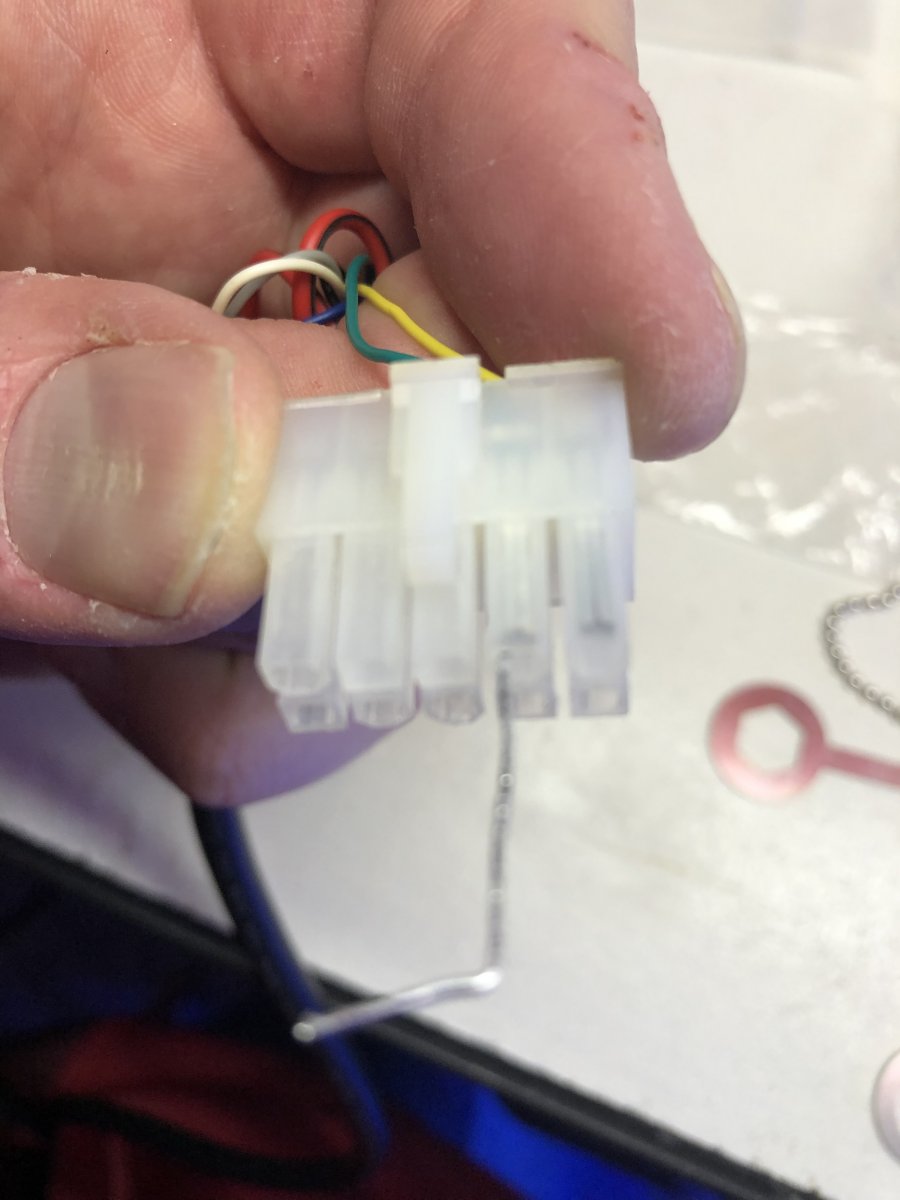 3. Slide the other staple in (between the plastic and the pin) 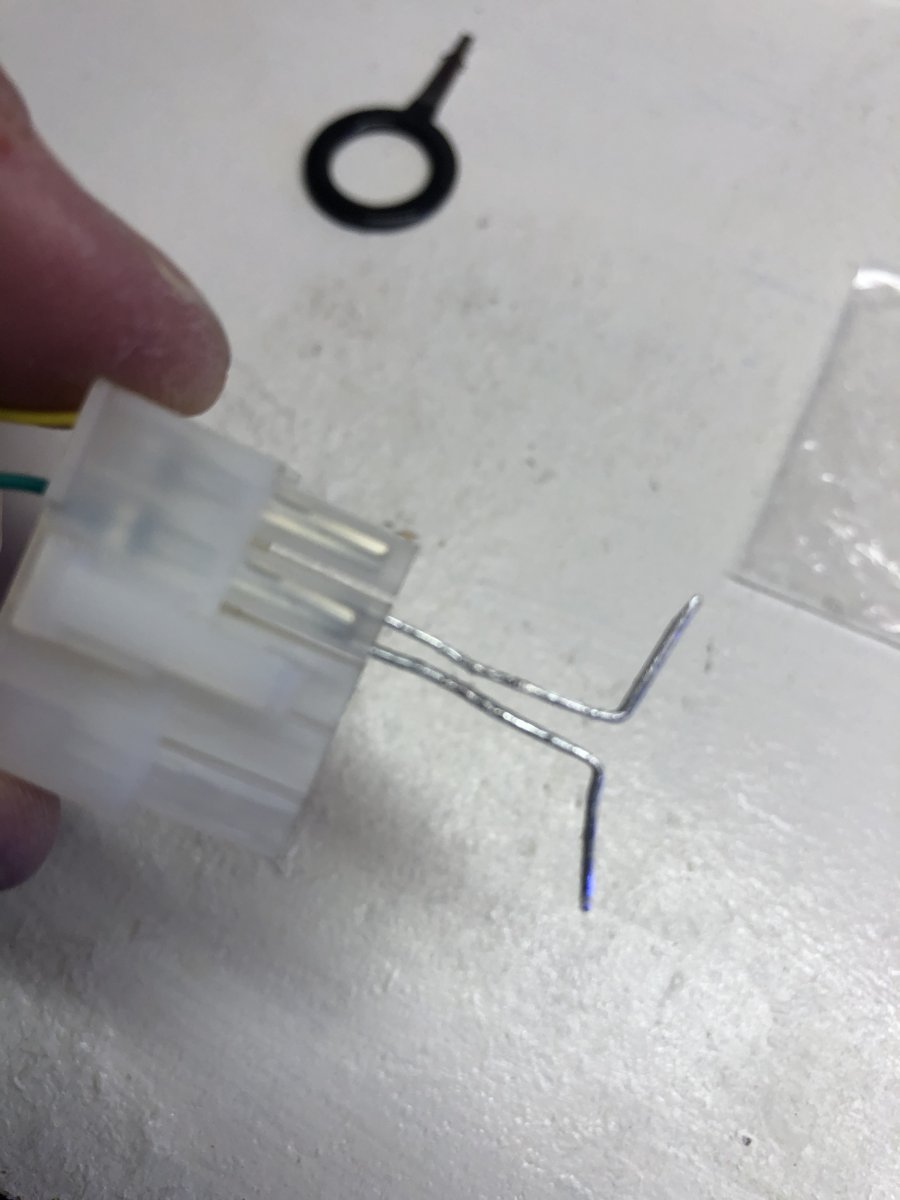 4. Use some pliers to push both staples into the connector, basically pushed all the way in to where the connector sits. 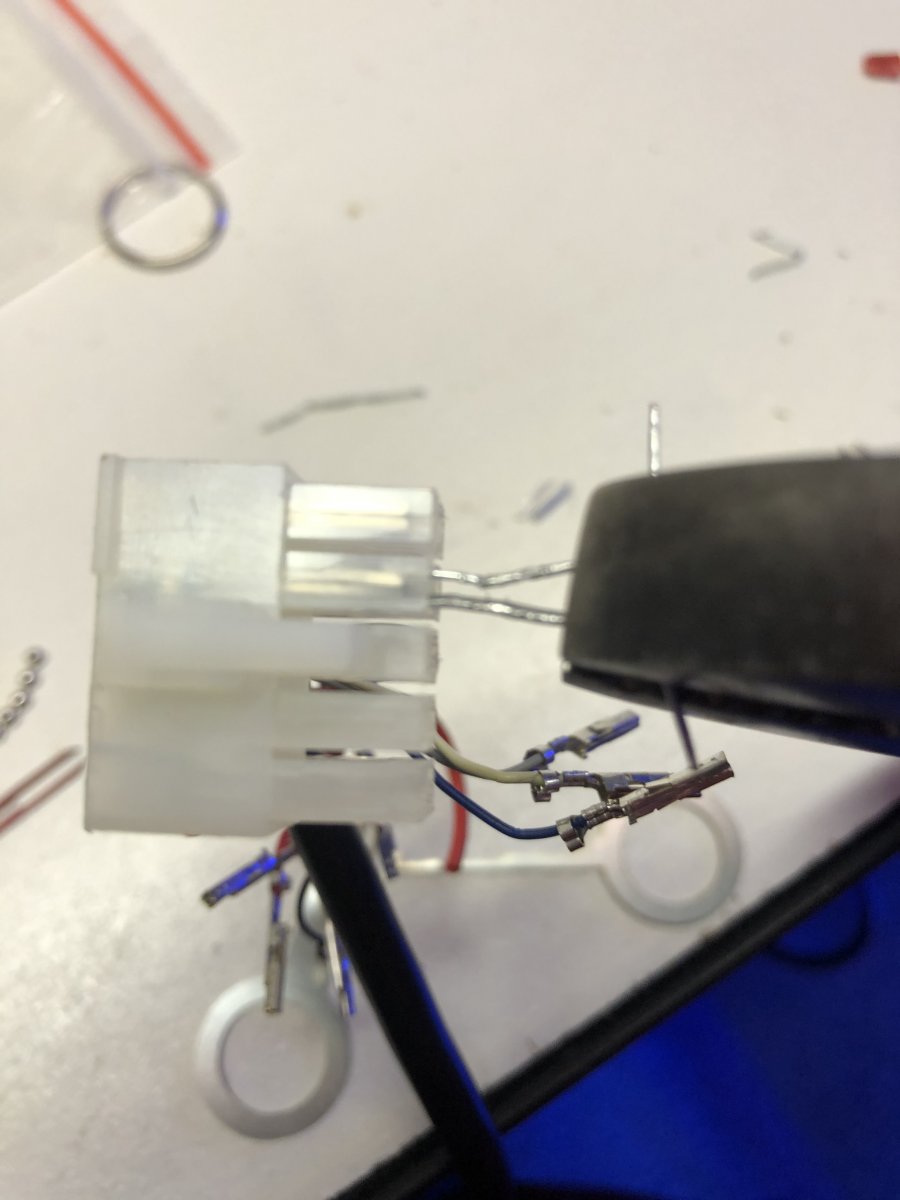 5. I used a Brad nail, I pushed it between the 2 staples and tapped with the pliers to push the connector out. 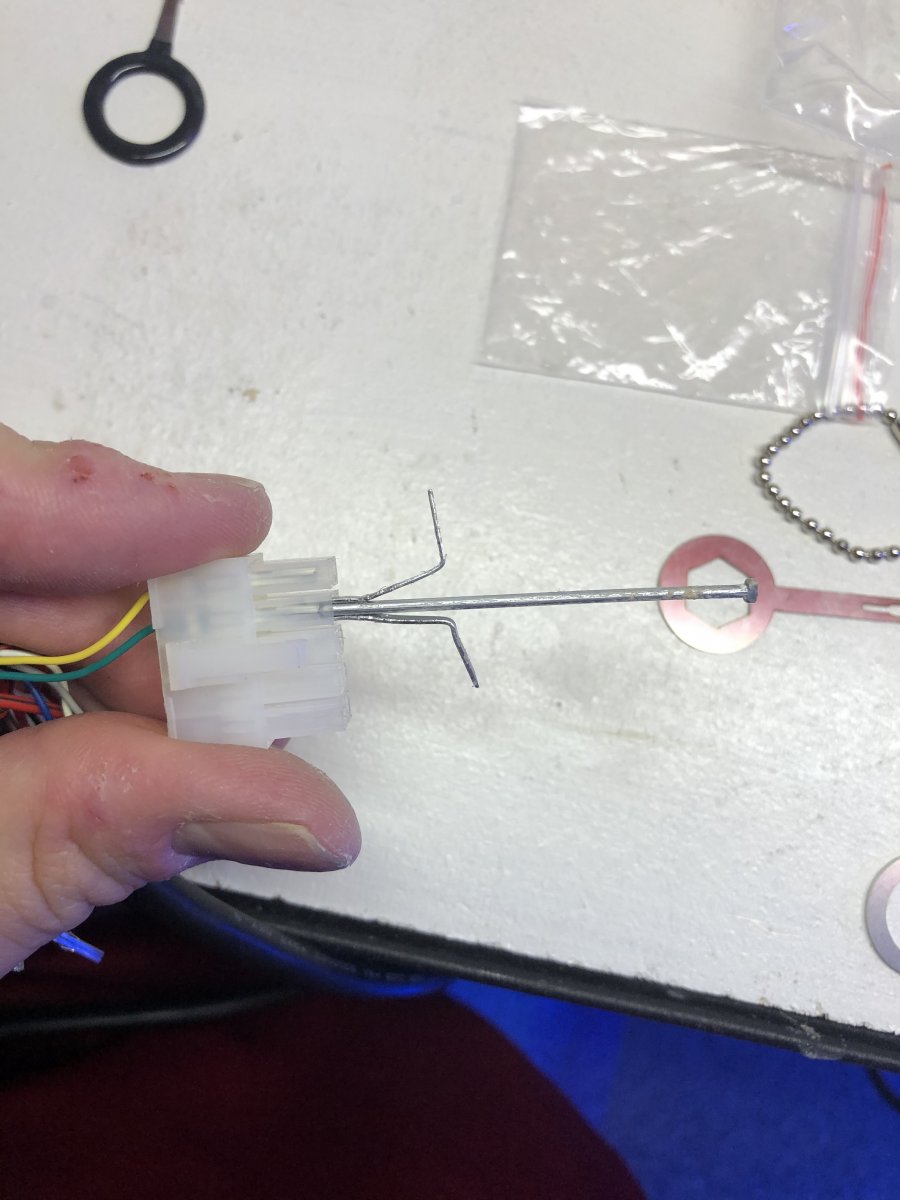 Make sure you take a pic of the wires before you start pulling them out, you have 10 total to do. Once the connectors are all removed, then you can replace the rubber cable strain relief, then put all connectors back in and voila.

Haha that is almost exactly the same technique that I used. I didn't want to buy the tool so I went to the cabinet and grabbed a couple staples. The finished product looks great! Did you end up using the strain relief boots you linked up above?
OP

Yeah, the tool was a bit useless tbh. This method was much easier to use.

Yes, I used the one I linked and I chopped it down a bit. Very happy with it. I had to buy 15, so if someone wants one, PM me and I’ll ship you one to use.