Happy to say that the tank is officially cycled !

Did a last dosing of liquid ammonia to put it to the test and tests were good less than 48 hours later.
Gonna make a 25% WC today and a 10% WC tomorrow to lower the nitrates a little, around 10ppm now, before adding the first fishes tomorrow.
Fishes comes from a fellow reefer in my area who close his tank due to lack of time lately.
2 ocelaris clowns
1 flasher wrasse
3 green chromis
1 purple firefish

Plan is to drip acclimate them and to add Seachem Stability if needed.
Went from more than 2 ppm ammonia to 0 in less than 48 hours so I'm quite confident in my cycle potential to deal with the new bioload.
In the worst case scenario I'm off work for the next two days so I'll be ready to dose Stability and do WC if needed.

This is getting really exciting ! 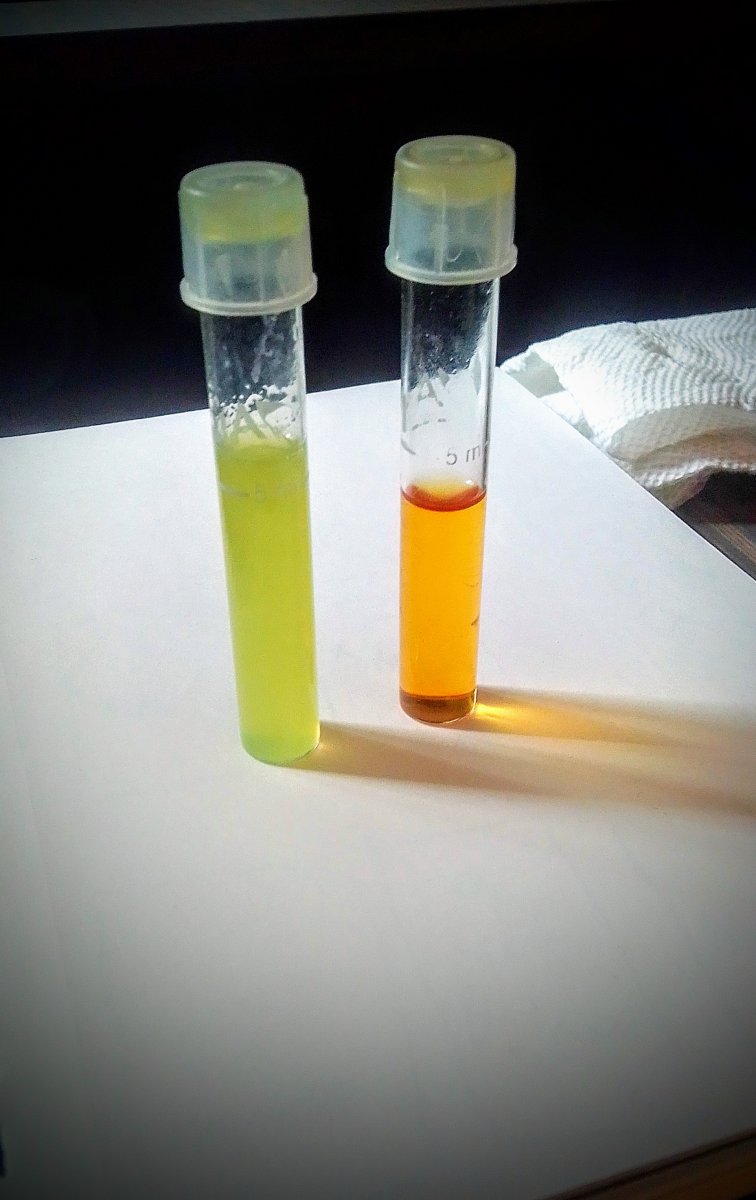 Excited for you! Can’t wait to see some life in there

Alexoss said:
Tattoo chair is just a few feet from the tank, used to have a 5 feet long ciclhid tank before this one, and customers absolutly loved it.
Watching an aquarium reduce naturally the anxiety, so it s a win/win, customers are happy, tattooist is happy too !
Click to expand...

I hope they are ready to see some ugly phases for awhile!!!! Especially with a reef!

BanjoBandito said:
I hope they are ready to see some ugly phases for awhile!!!! Especially with a reef!
Click to expand...

Yeah, the thing is that fish tanks make perfect conversations subjects during the tattoo process, guess I'll have a lot to talk about !

Cal and Mag seems a little high but i guess it'll go down once corals will be in the tank.
Was mi first time using the Red Sea test kit too, might be a little off due to the lack of habit with this one.
Overall i think the numbers are pretty good to start from here.
Last edited: May 24, 2021
OP

Two weeks in, cycle has been tested each day during the last 3 days as i was adding the first fish and everything is fine (0 Nh3, about 5 No3).
Switched to Salifert tests for more readability as the API ammonia is just a pain to read.
A few diatoms begun to appear on the rocks so i'm glad the first members of the CUC might be home tomorow, i have all sort of pods (copepods, amphipods from what i can see) which is good because i plan on getting a dragonet goby in a few weeks.
Found a red mushroom coral on one of the refugium rock, so i had to relocate it in the DT, saw a few yellow sponge too, i couldn't be happier for now, thing are going smoothly.
DT light is on for 8 hours at 25% and refugium light is on for 6 hours during the night, so far the chaeto i added a few days back is still crispy and green, skimmer is off for now.
I'll let the tank settle for at least two weeks before adding anything new (except the CUC), while testing every two days to monitor everything. 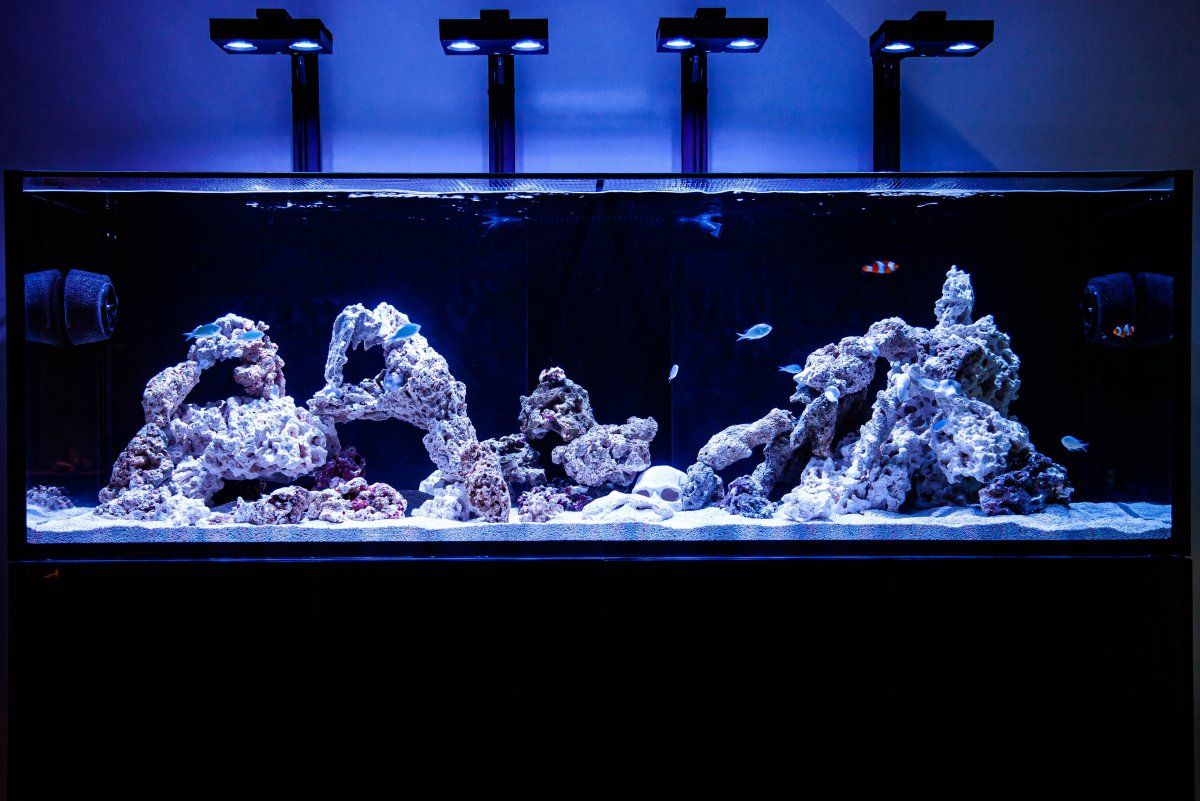 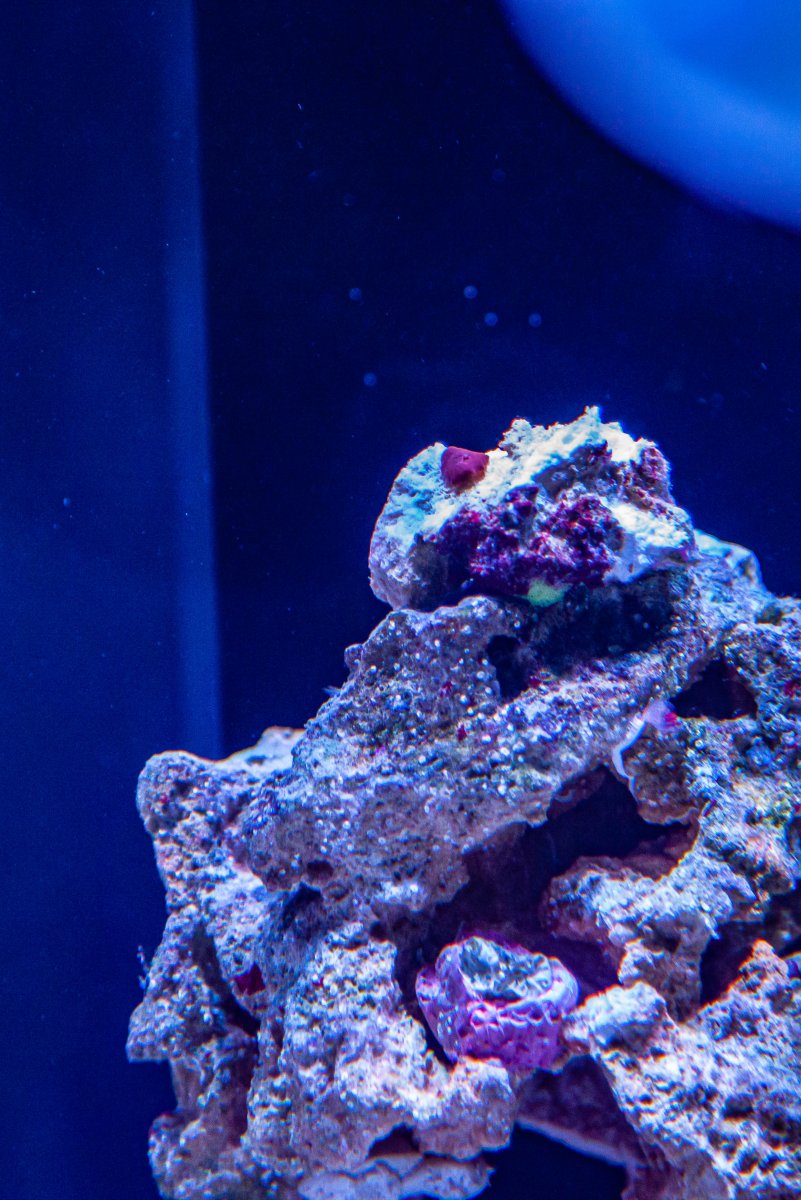 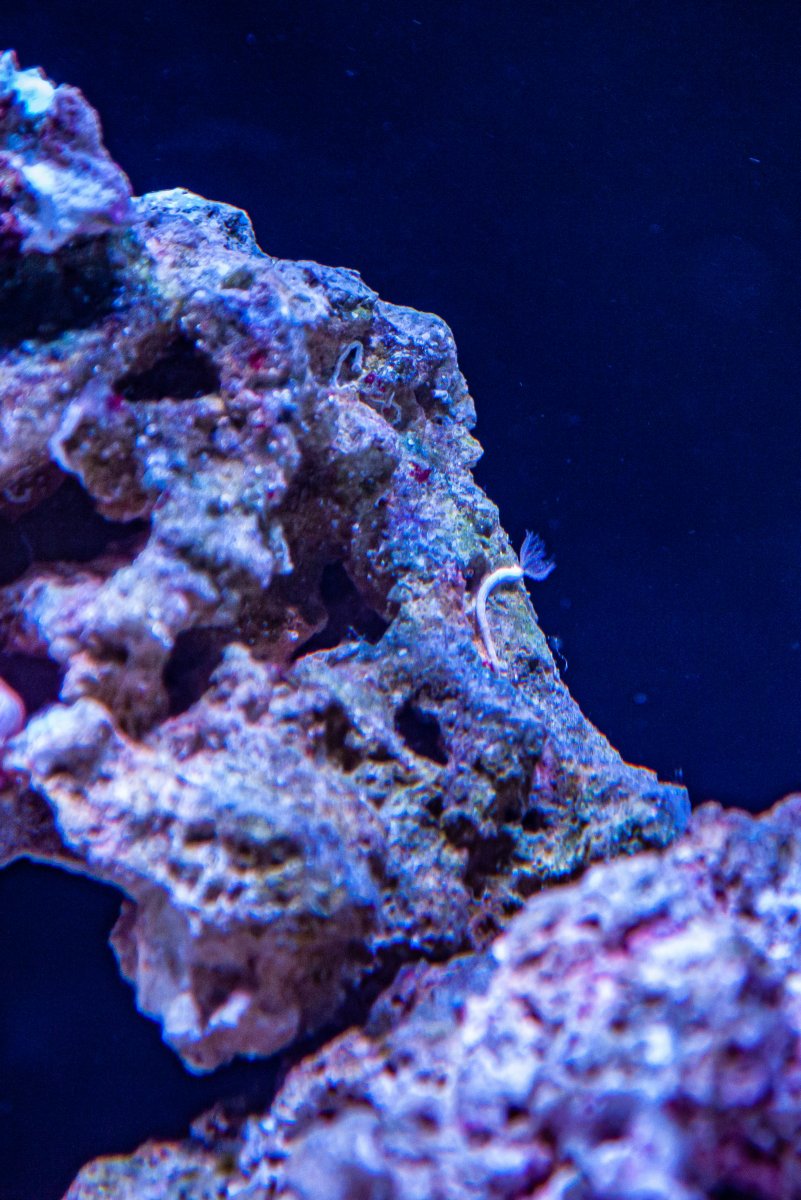 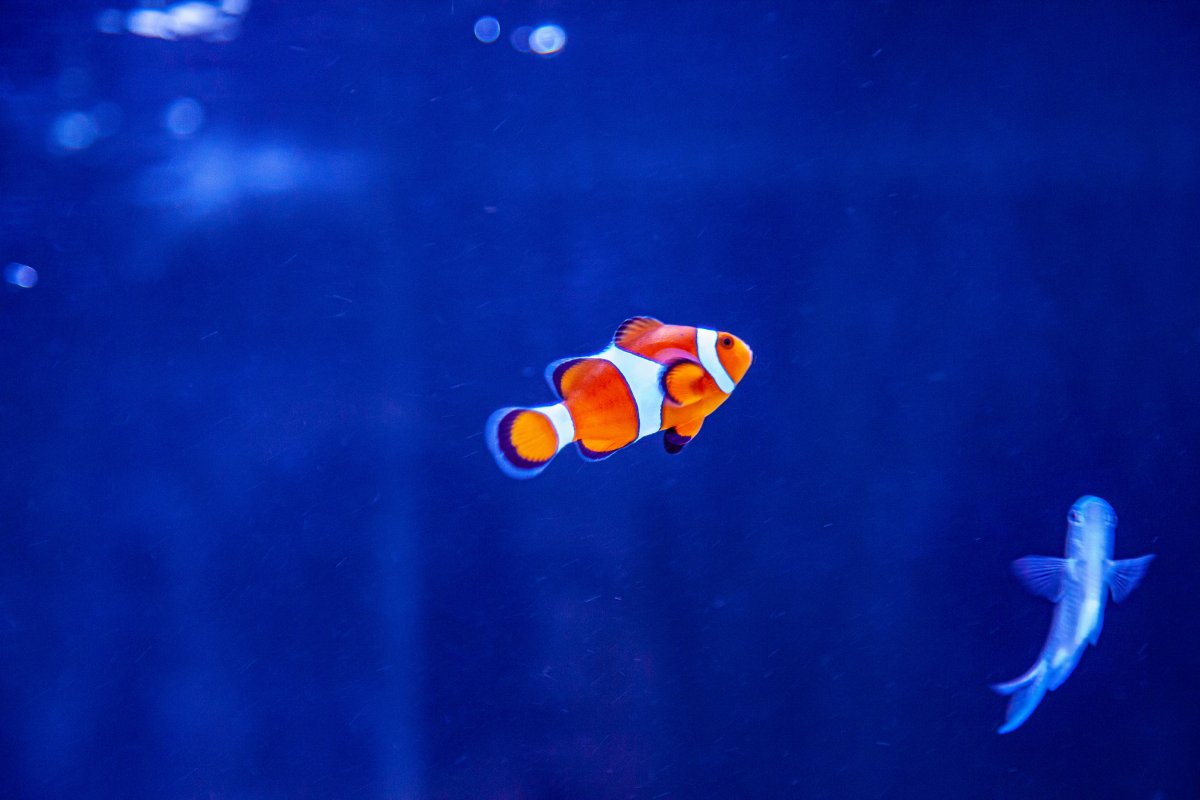 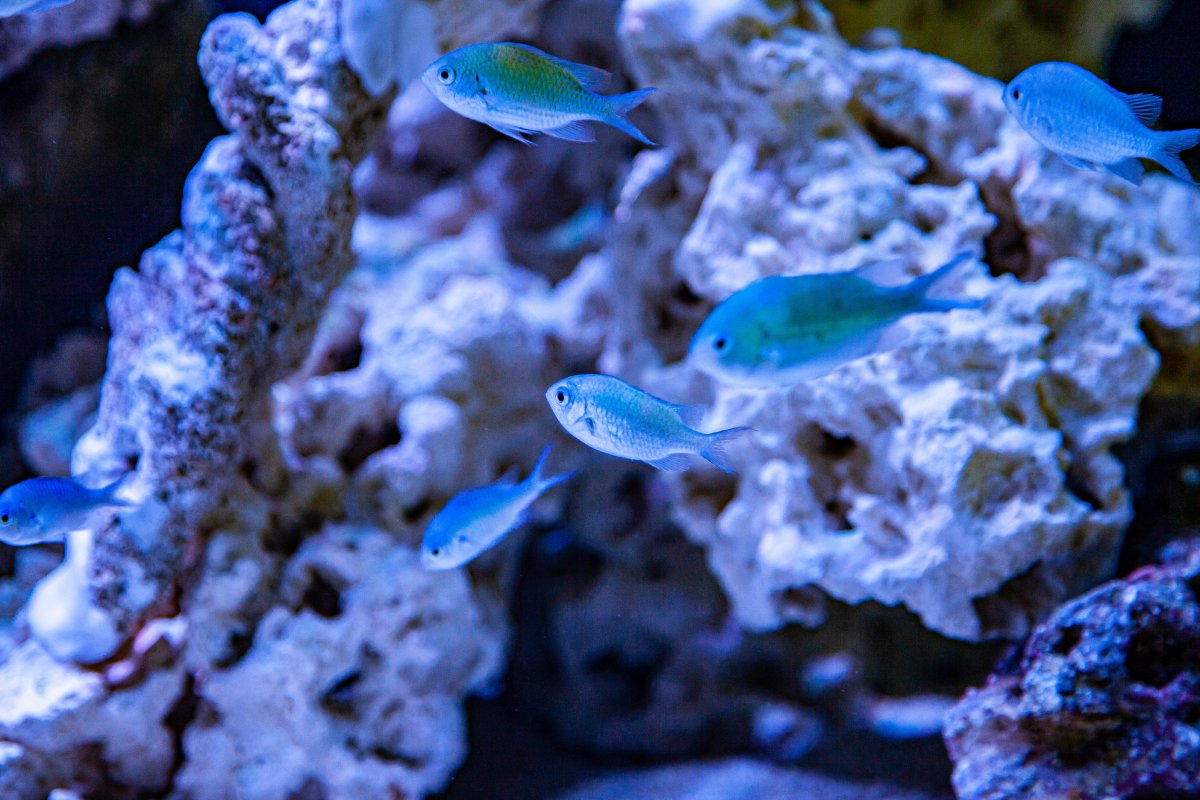 Water test day today before receiving members of the CUC tomorrow just to confirm that everything goes smoothly.
So far the actual inhabitants are fine, clowns and chromis swimming happily and eating like ogrishs, snails and hermits minding their business.
Except for the Po4 still high because of the tank being very young, every parameter looks fine.
Temperature : between 77 and 78 stable.
Salinity : 1.024
PH : 8.2
NH3 : 0
No2 : 0
No3 : 7-ish
Kh : 8.4
Cal : 480
Mag : 1400
Po4 : 0.20

Tomorrow the tank will receive a few shrimps, an urchin, and its first frags !

And yeah...first aptaisia spotted in the sandbed, and you know...if there's one...guess i'm in the game now, so 2 peppermints coming too. 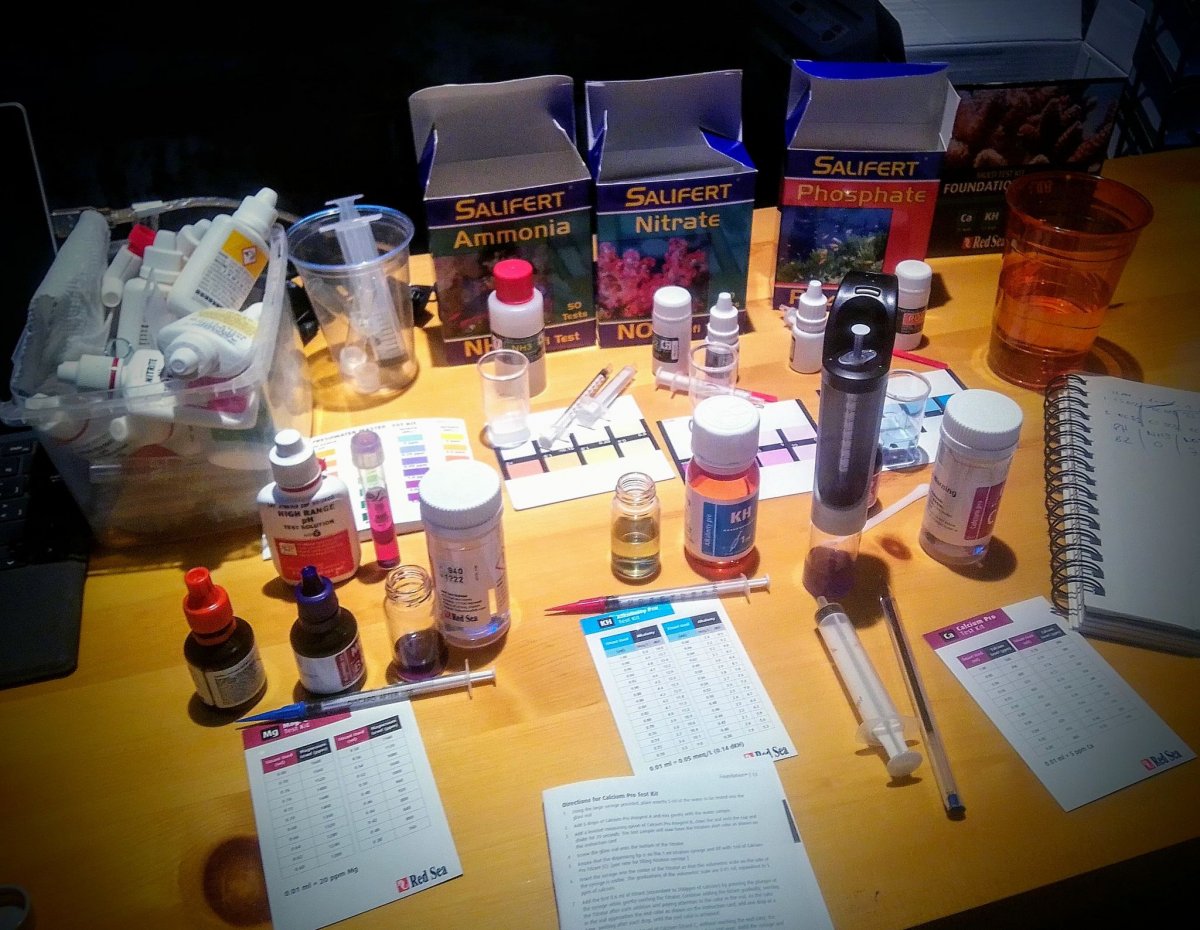 the first corals are infor 24h now, ordered from Candy Coral (A1 experience, had to say it).
Just three little frags for now to put the tank to the test, more might come in a few days. 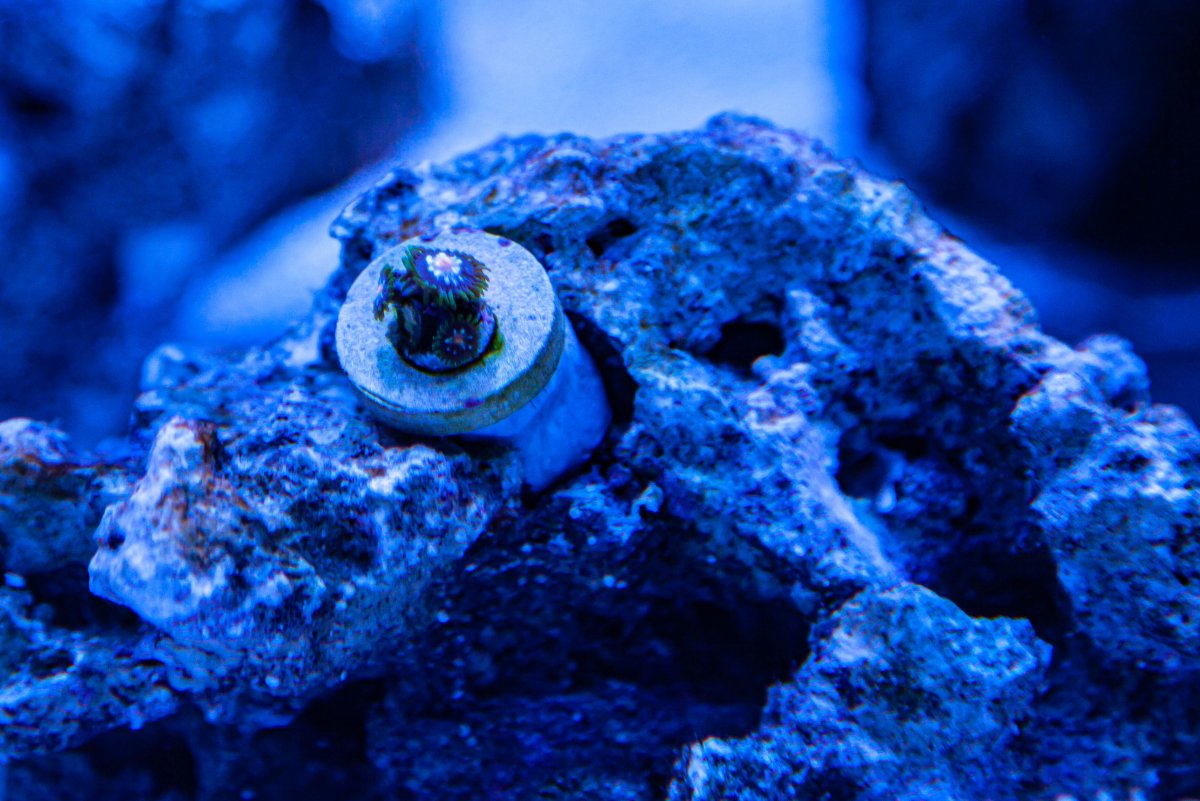 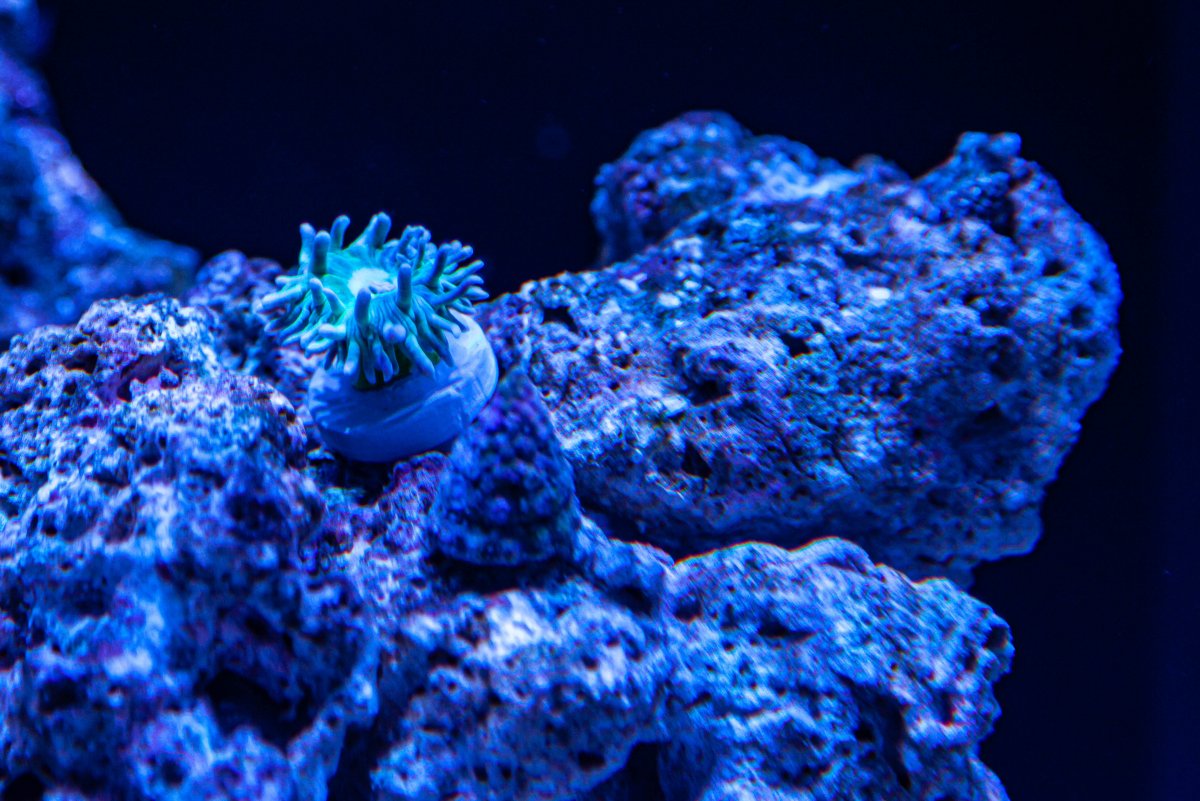 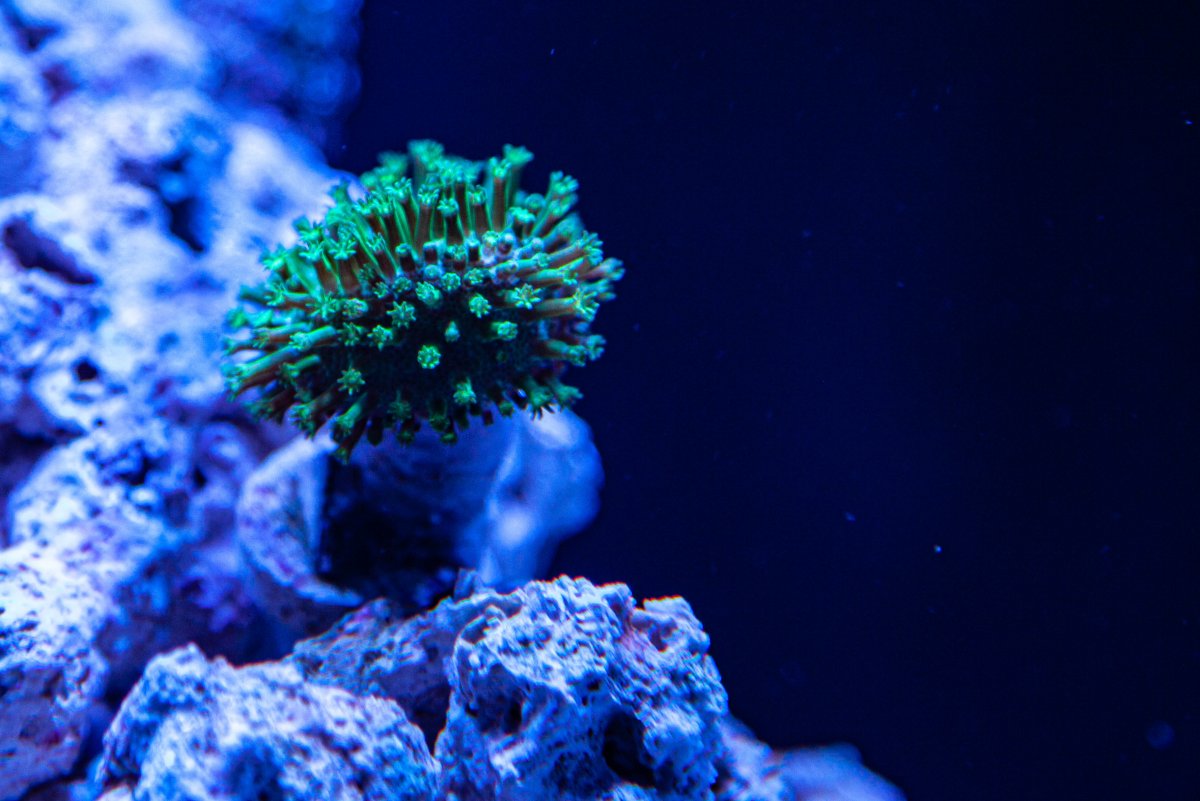 All three seems very fine, took those three to test the high/med/low places and flows in the tank. 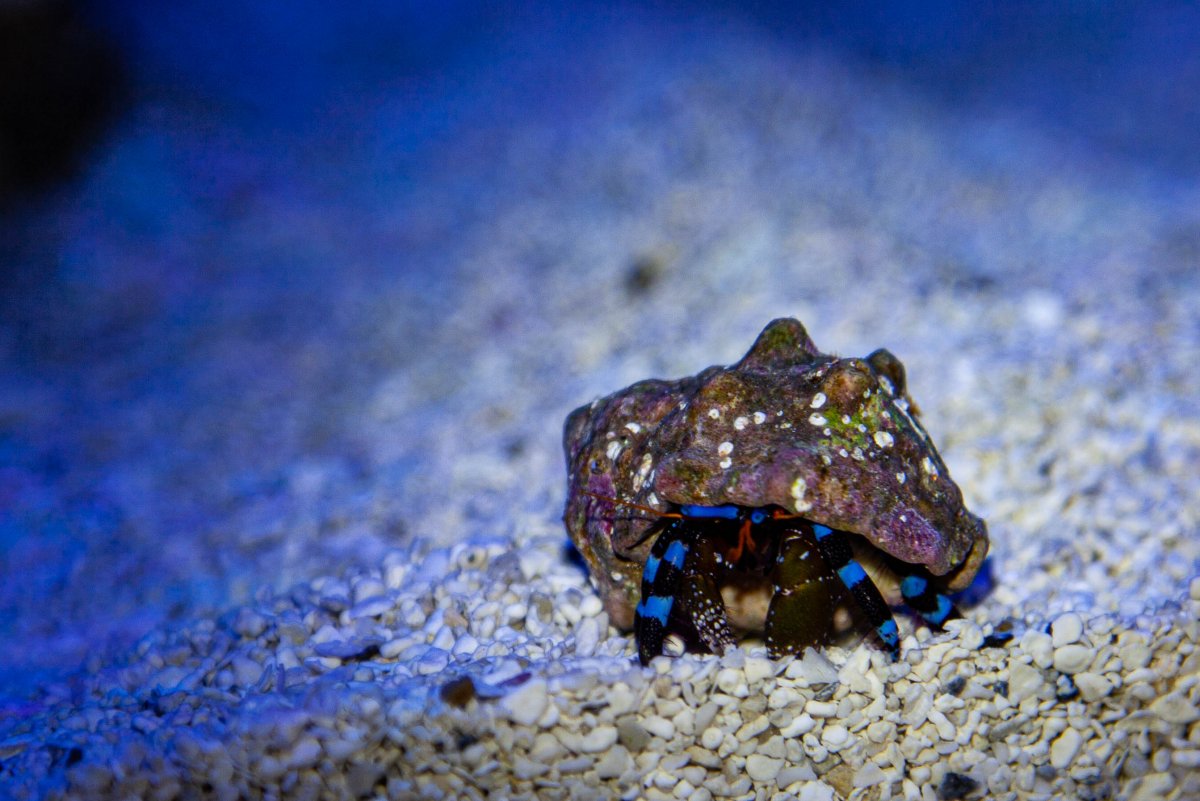 Alexoss said:
the first corals are infor 24h now, ordered from Candy Coral (A1 experience, had to say it).
Just three little frags for now to put the tank to the test, more might come in a few days.

All three seems very fine, took those three to test the high/med/low places and flows in the tank.

Nice job on the pics!

@Bo. thank you, planning on buying a 105mm marco lens to do better, love photography and reefing has just gave me a reason to love it even more.
OP

A few more coral additions from a fellow reefer closing its tank in my area, got a whole package of softies at a great price.
They are settled for a few days now and everyone is doing great.
On the bad news side, Mr Urchin died two night ago, found the skeleton, empty, two options, attacked by another resident, or too much Po4 (still around 0.15, stable), anyway i should have waited longer for the urchin, i'll try again in a few months once the tank as matured a little..
Water parameters are still good, with No3 decreasing slightly on its own now. 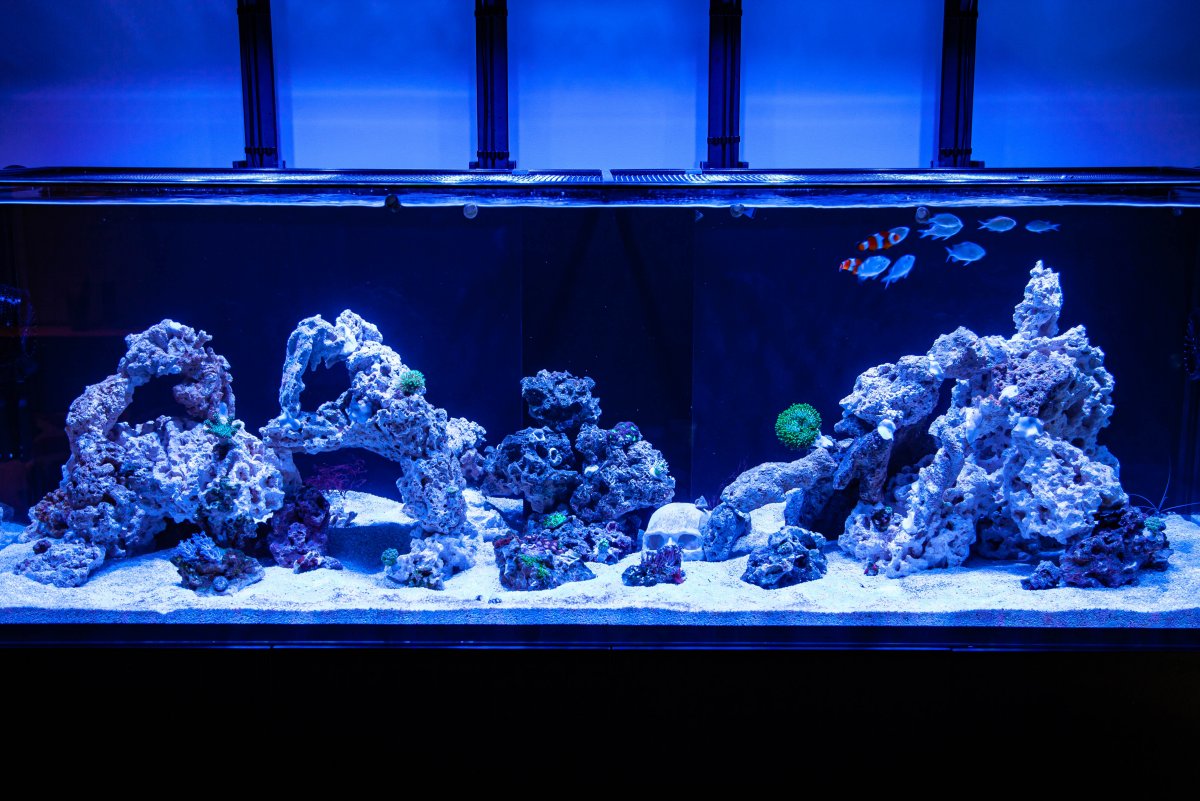 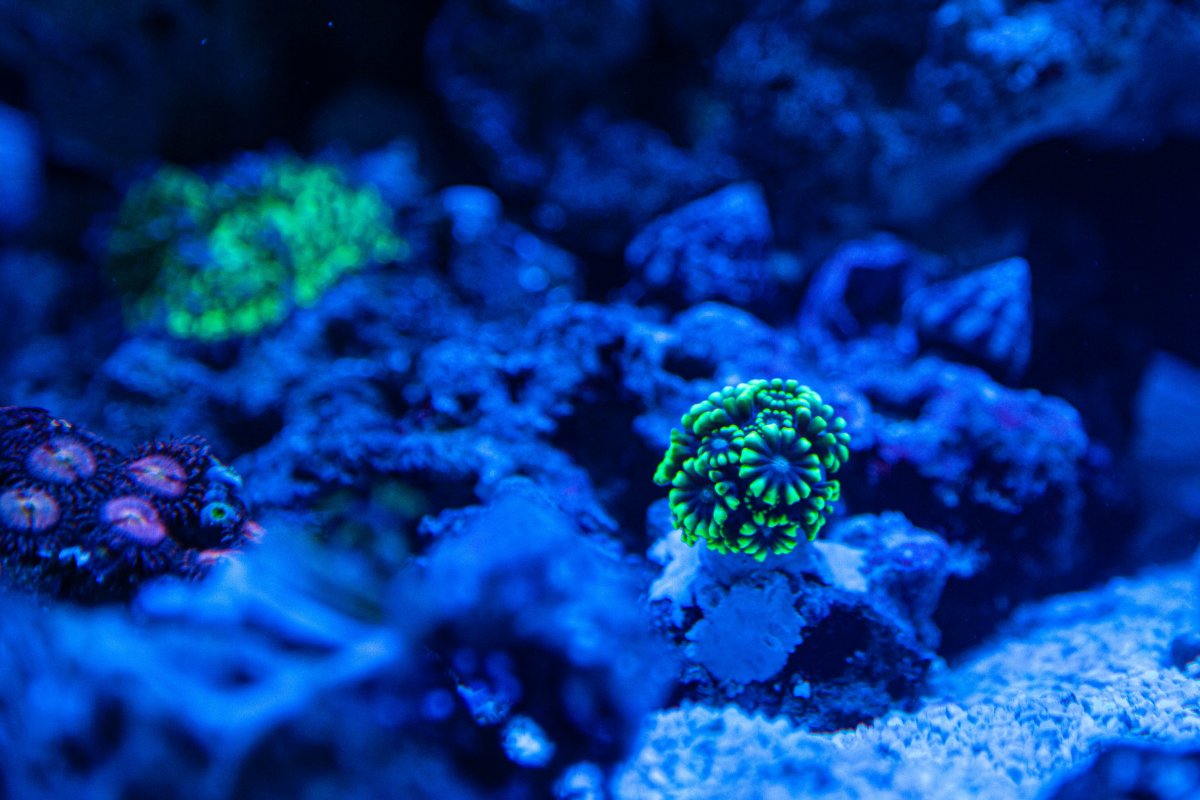 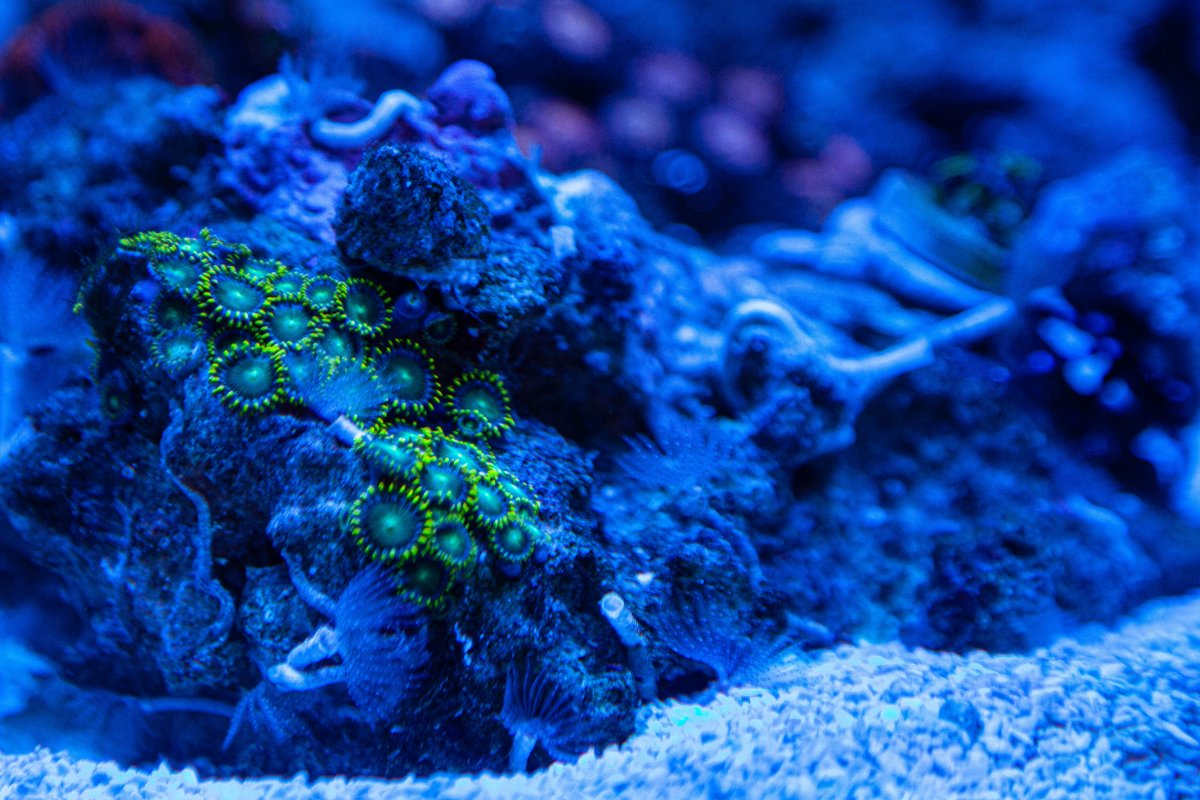 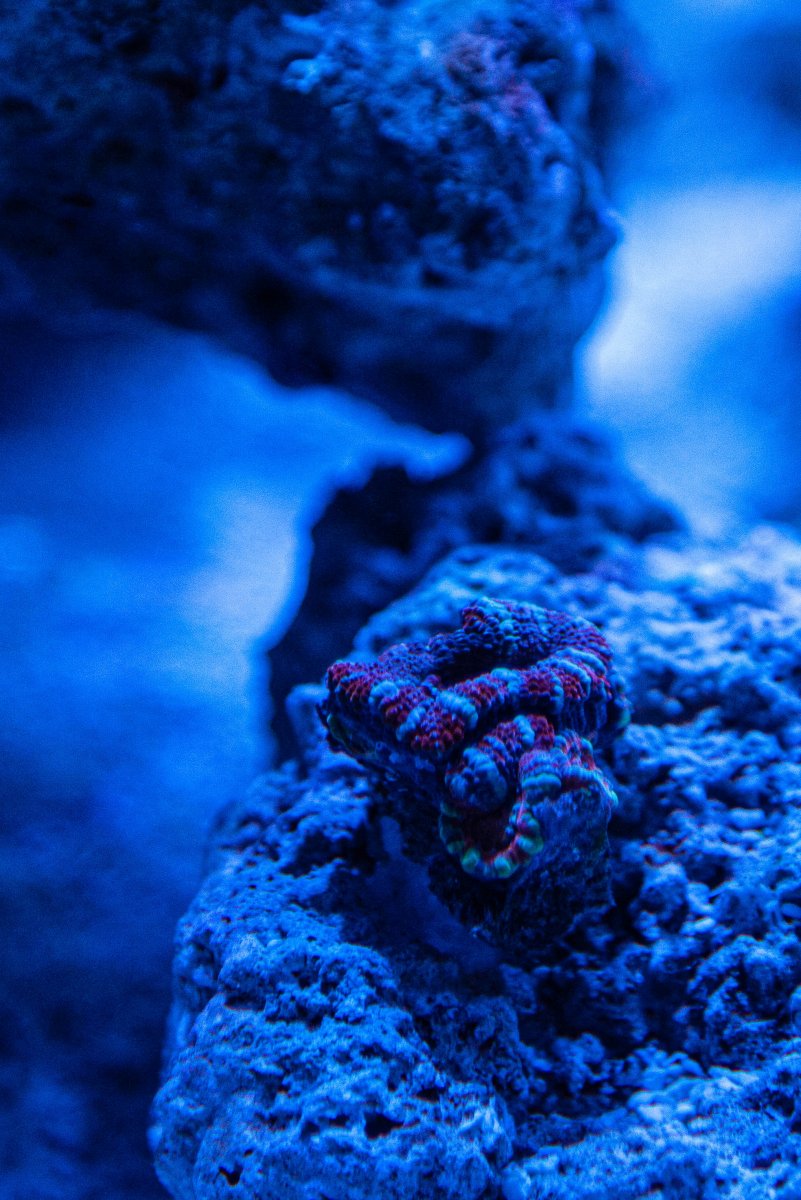 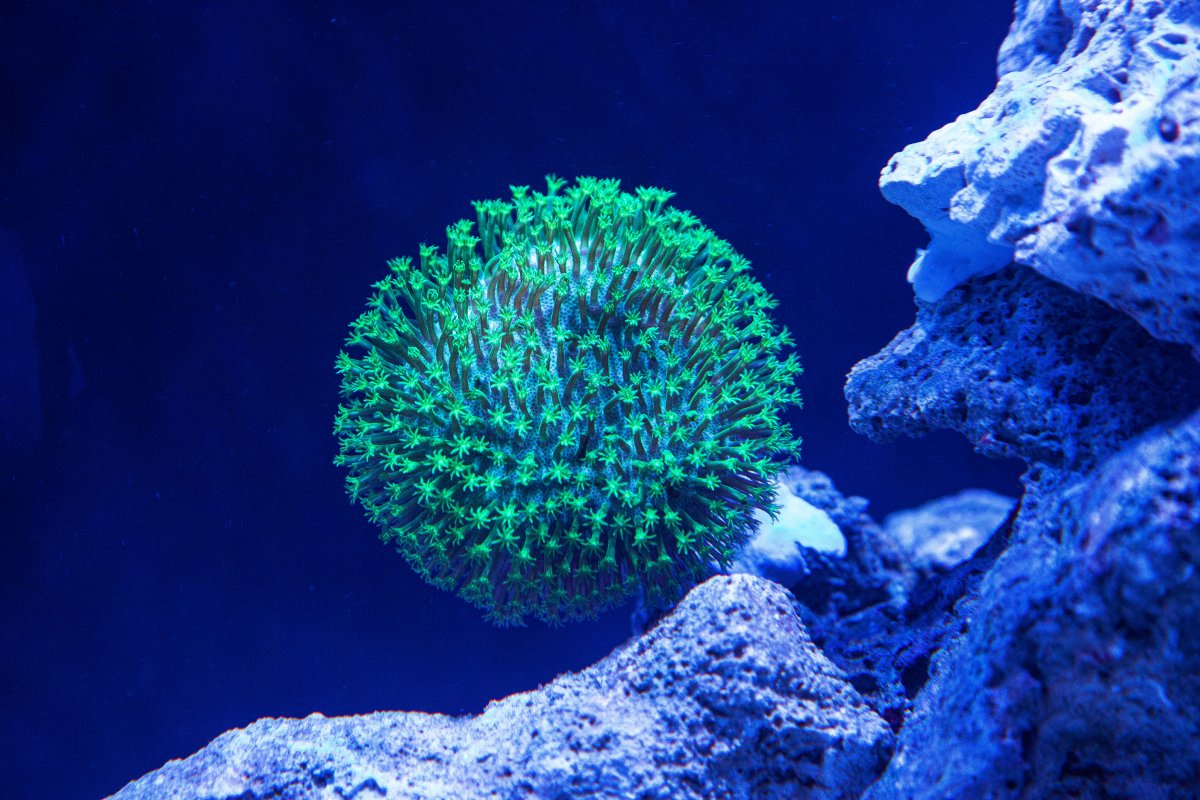 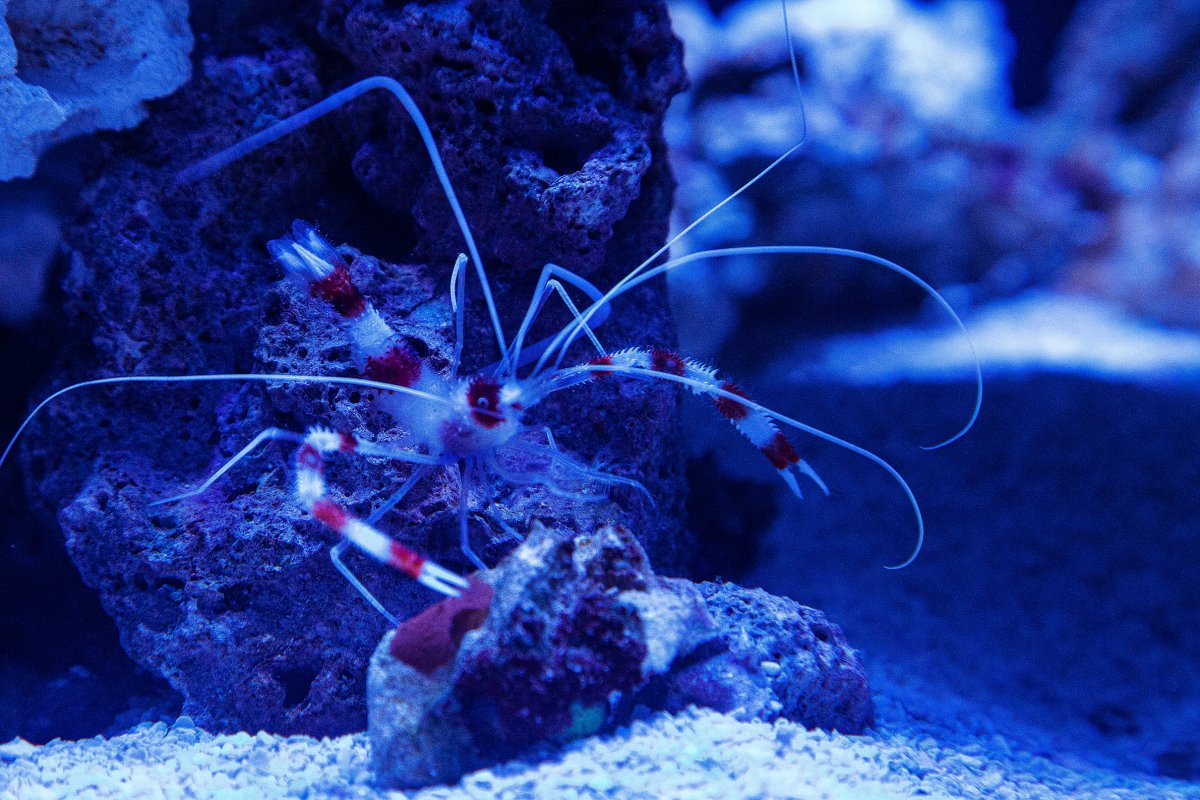 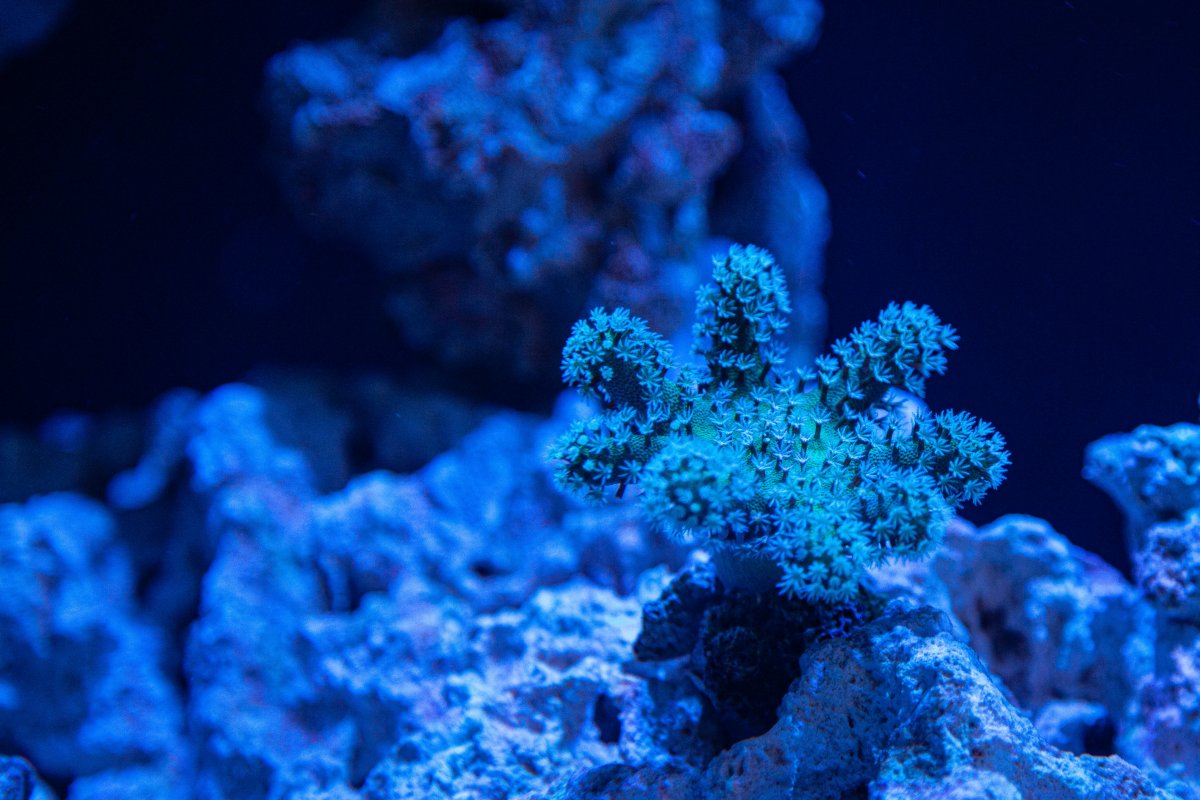 More pics of the new guys. 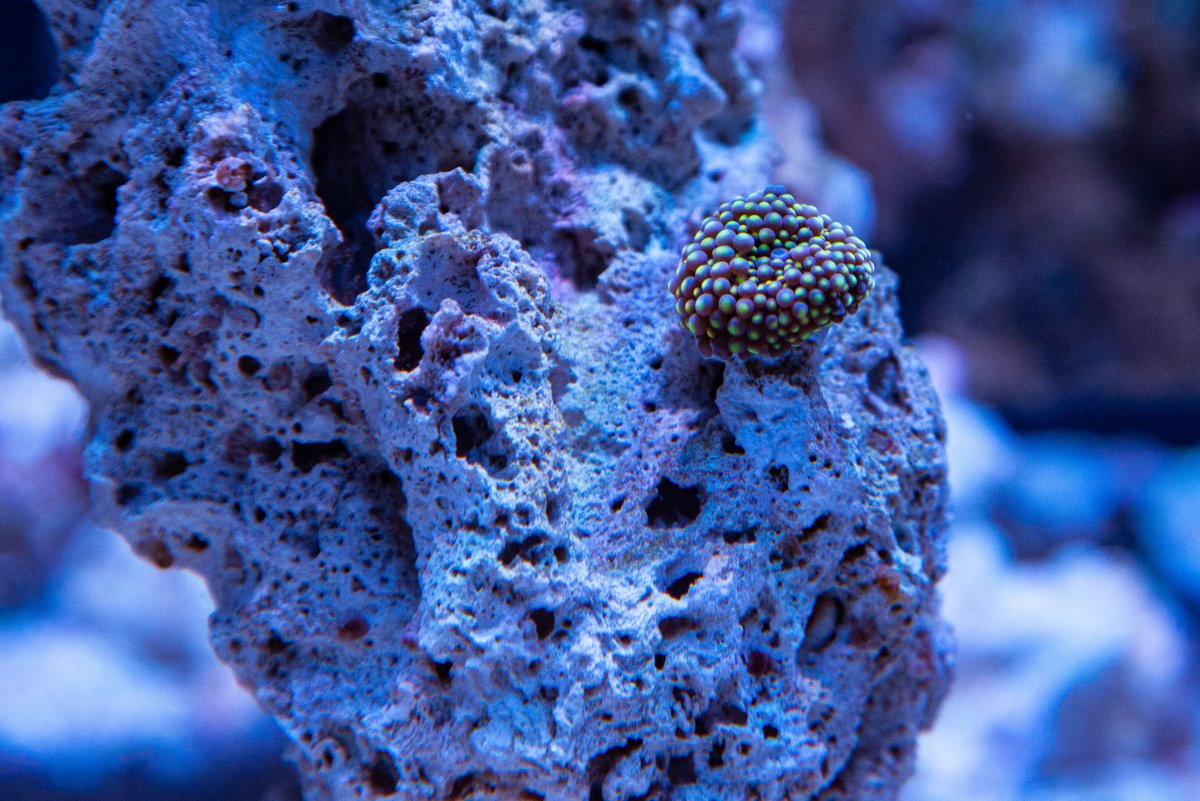 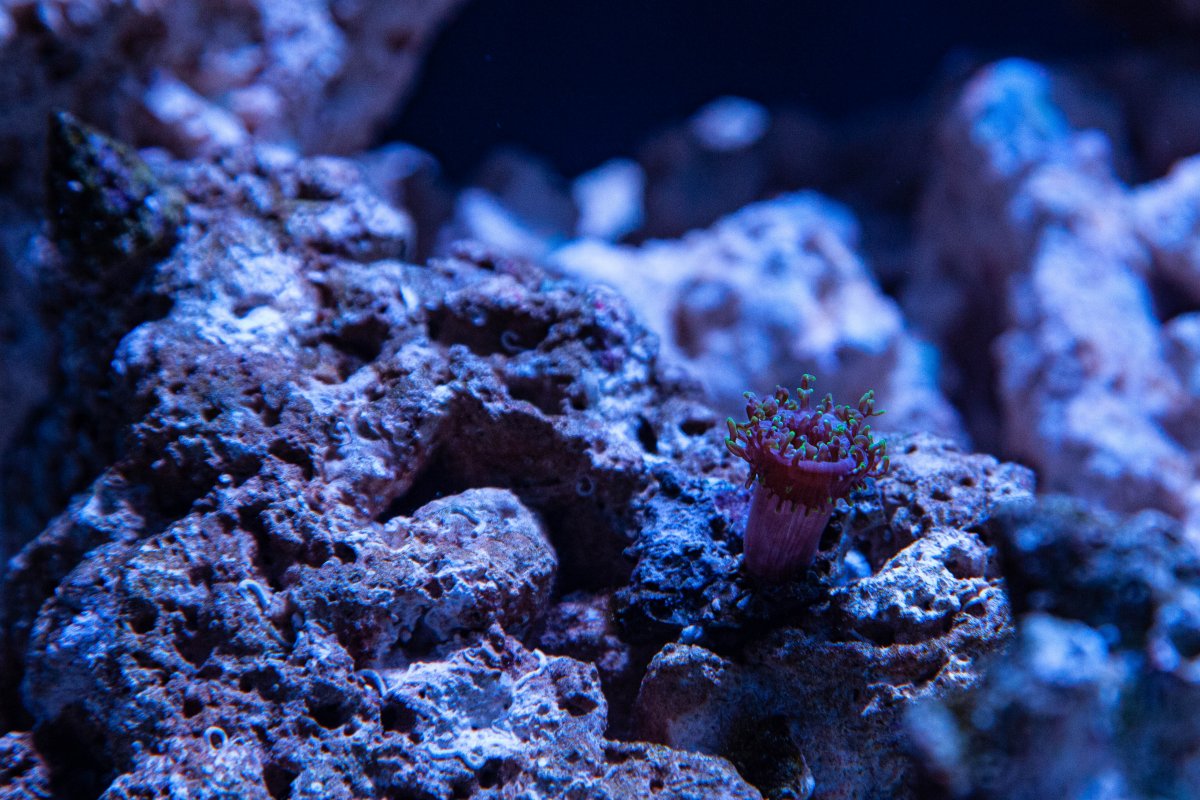 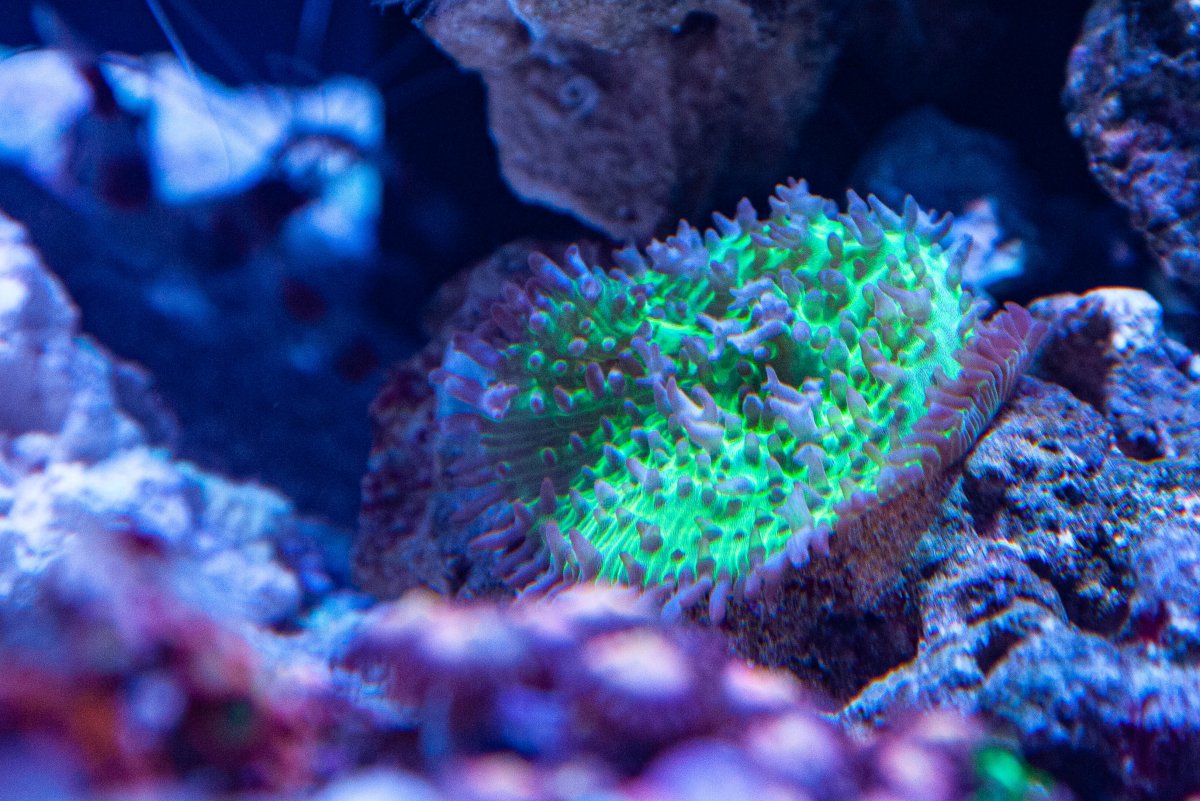 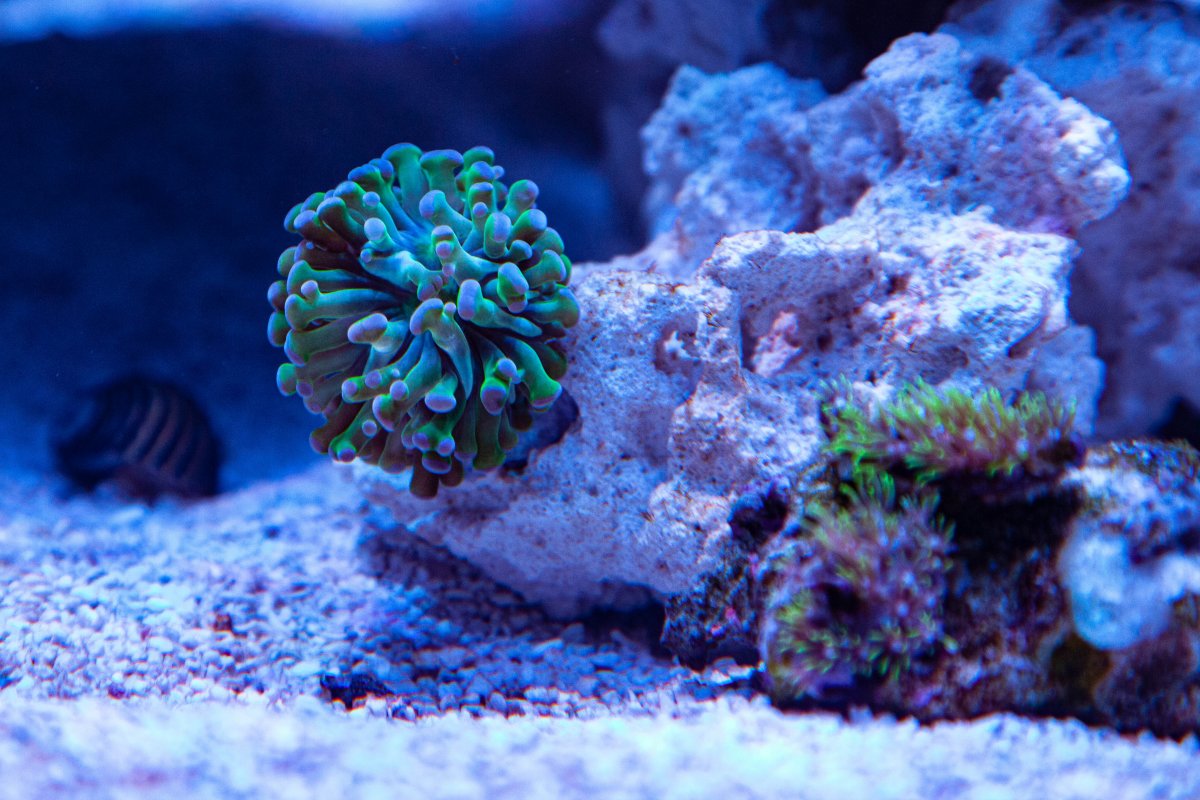 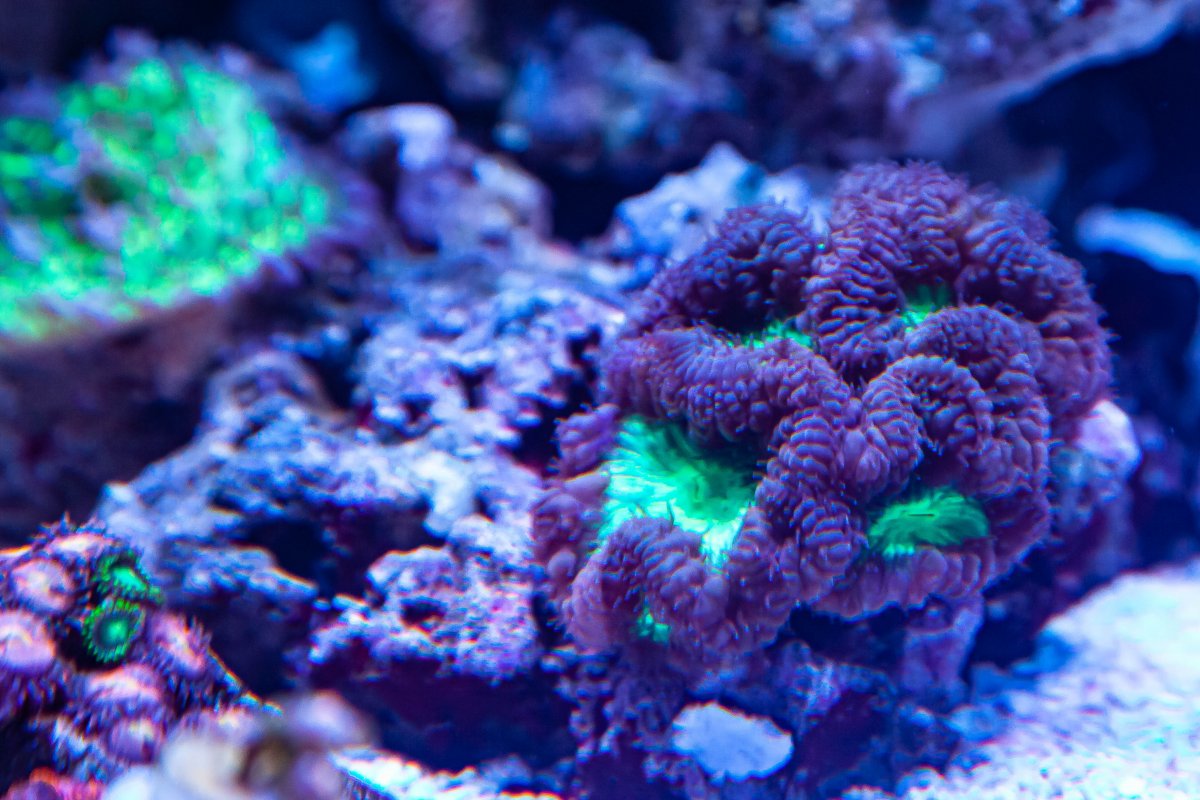 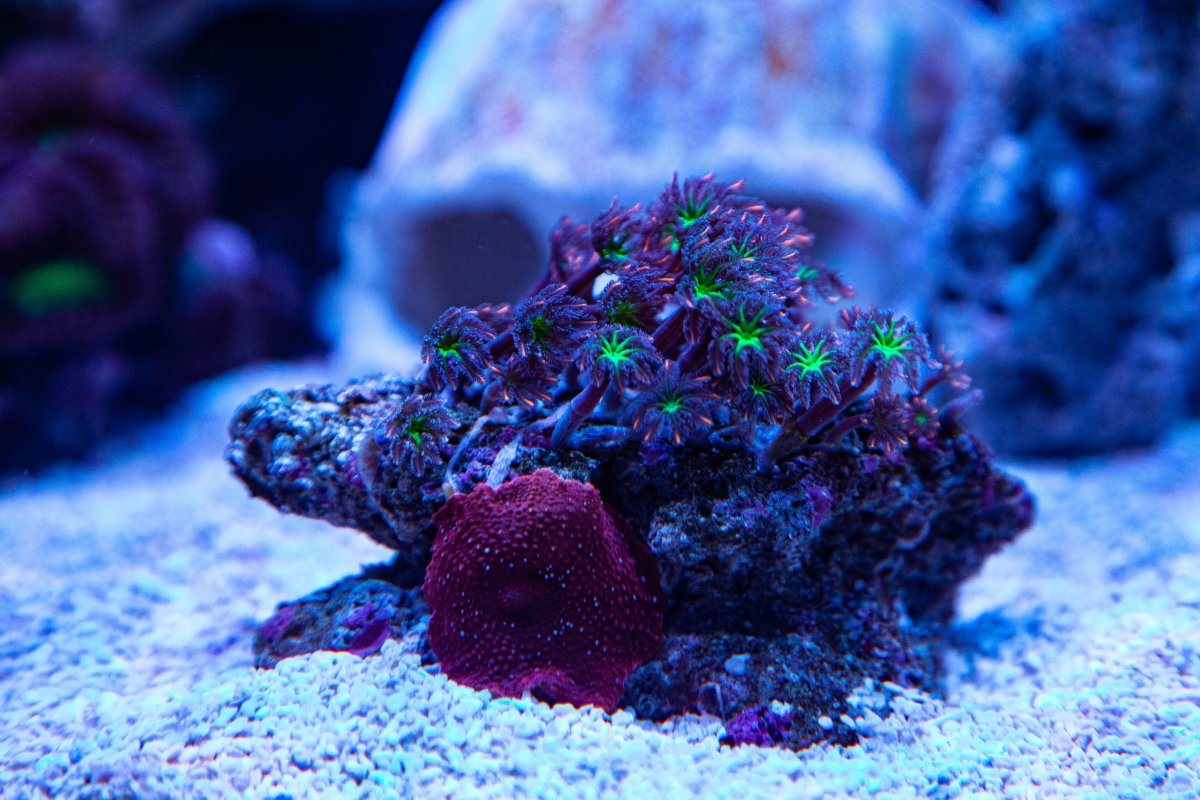 Thank you @revhtree , really glad i started with a lot of live rocks, tank is up for 1 month and i can see that the first corals are thriving.