Starting up my first 10 gallon tank. Going to be starting the cycling process soon. I've decided to go bare bottom and have painted the back and bottom black. Hopefully, that works out well in a tank this size. I plan on doing weekly water changes around 50% using RODI water with 0 TDS.

Most of the equipment I had lying around. What I'm using so far is: 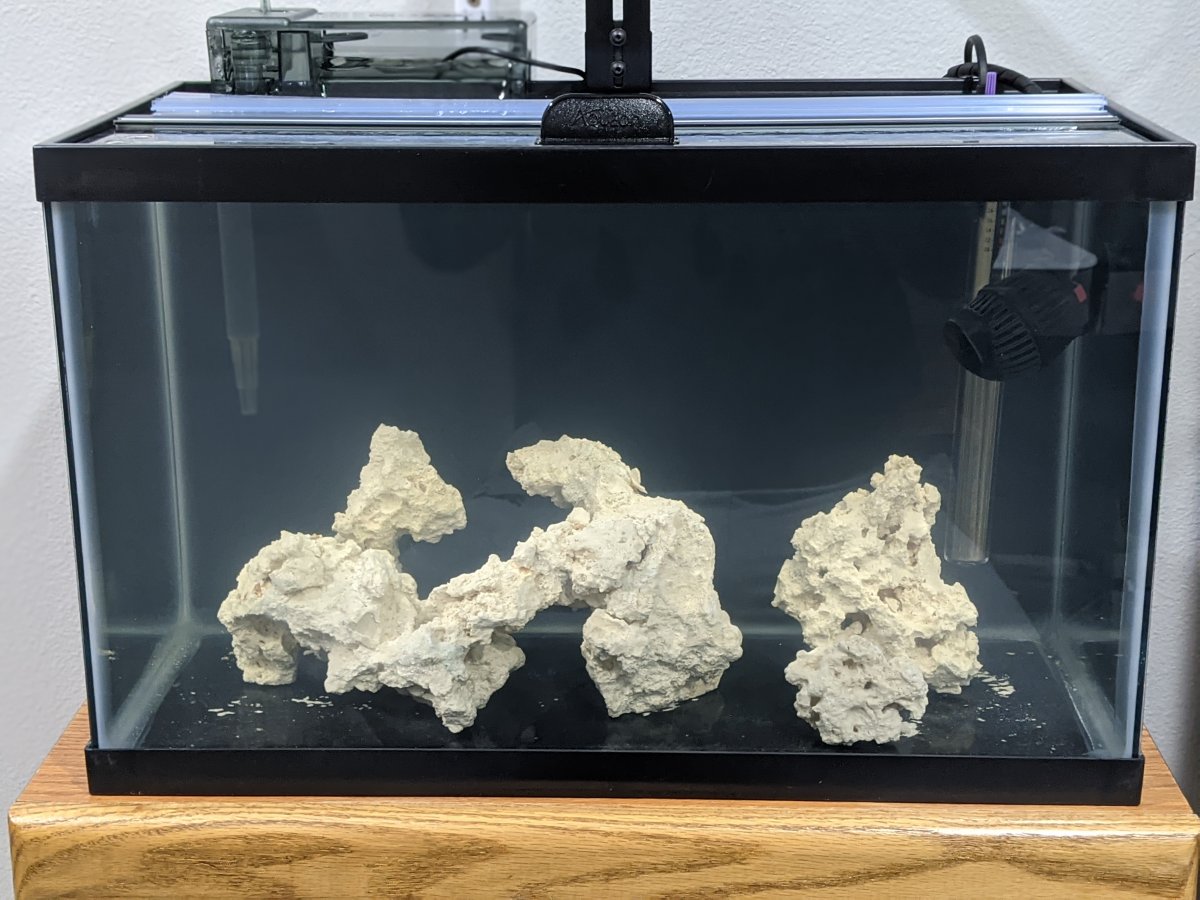 I'd like to upgrade to a Robotank in the future mainly for an ATO. Dosing could be nice too but I'm not sure it will be necessary. I'll probably start the tank next week sometime with Bio-spira and a small clown.

Wish me luck! I'll plan on posting some updates as things progress.

Added an Ocellaris clownfish today. My kids named him Fluffy. So far, fluffy is looking good. Going to feed him flakes for the next few days until my Hikari Marine Pellets arrive. Maybe I'll get some Canadian Mysis Shrimp too once I have an order large enough from BRS.

Currently, my tests are:

I'd guess I've added about 125ml of Bio-Spira. I removed the sponge out of my HOB and just have some live rock pebbles in there currently until the Bio-Spira runs its course. After that, I plan on adding some PhosGuard I have sitting around, some carbon, filter floss and a sponge in the HOB. I may switch out the rock pebbles to ceramic rings or something... If anyone has any suggestions for what media to run, especially since this is bare bottom, I'm all ears.

Also, I'm working on getting an ato up an running. But I need to find a pump with enough lift as I'd like to keep my ATO on the floor or close to it. The cheap pump I have now only lifts about 20 or so inches. 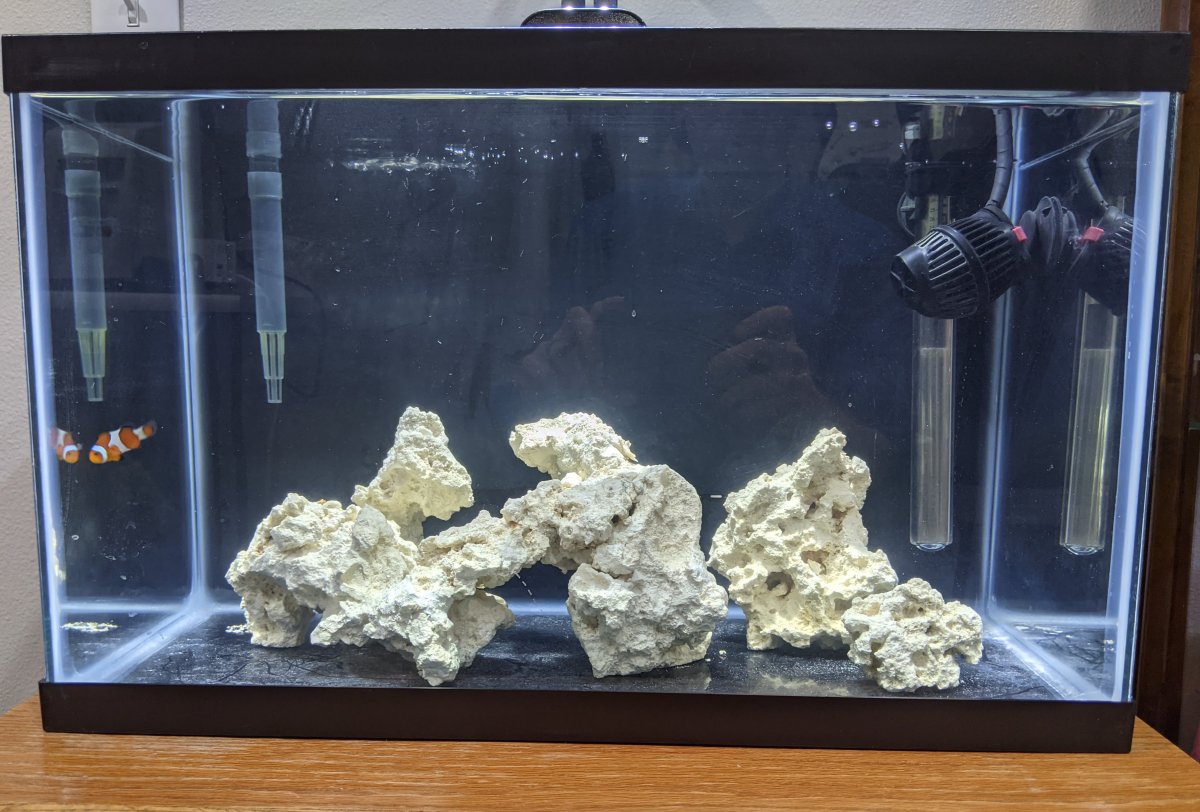