30 gallon rimless mixed reef tank in our bedroom
40 gallon hodge podge tank (currently a holding ground for everything with bubble algae on it)
120 gallon tank dedicated to our Oyster Toadfish - he can't have no buddies cause he'll just eat them!
120 gallon mixed reef

The 40 & 120's are all up and running in what used to be our dining room. We've been wanting to throw in a shallow frag tank but just had not run across the right tank - until this past weekend.

I mentioned how hard it was to find a reasonable price on a shallow tank in the 4 to 6 foot range to the owner of an LFS. He responded with - how about a 3' X 5' acrylic tank that I used before we upgraded in the store? He threw a price that was very easy to work with and now we're off and running.
s
Our plan so far:

I want to run the 120 reef & frag tank together - which means, at least in our house, they need to be pretty close to each other. Since our dining room is full - we've decided to move our living / tv room into the dining room (we have no kids and rarely do friends or relatives spend time at our home) and move all the tanks, including the not yet set up frag tank, to the living room.

While I've been throwing this frag tank idea around, the biggest obstacle has been the stupid prices for lighting. I'm not too keen on spending $2k on lights.

So - I've decided to try out halides over the frag tank. The same lfs owner made me a great deal on 3 ballasts and 1 pendant. I'll need to pick up a couple more pendants in he near future - along with some blue LED strip lights. More on all that later when I get to that part our new setup.

So far I have the following:

I should be able to build the stand this weekend and hopefully get the tank polished and plumbed. I'll get rolling with a few random photos of what we have today. 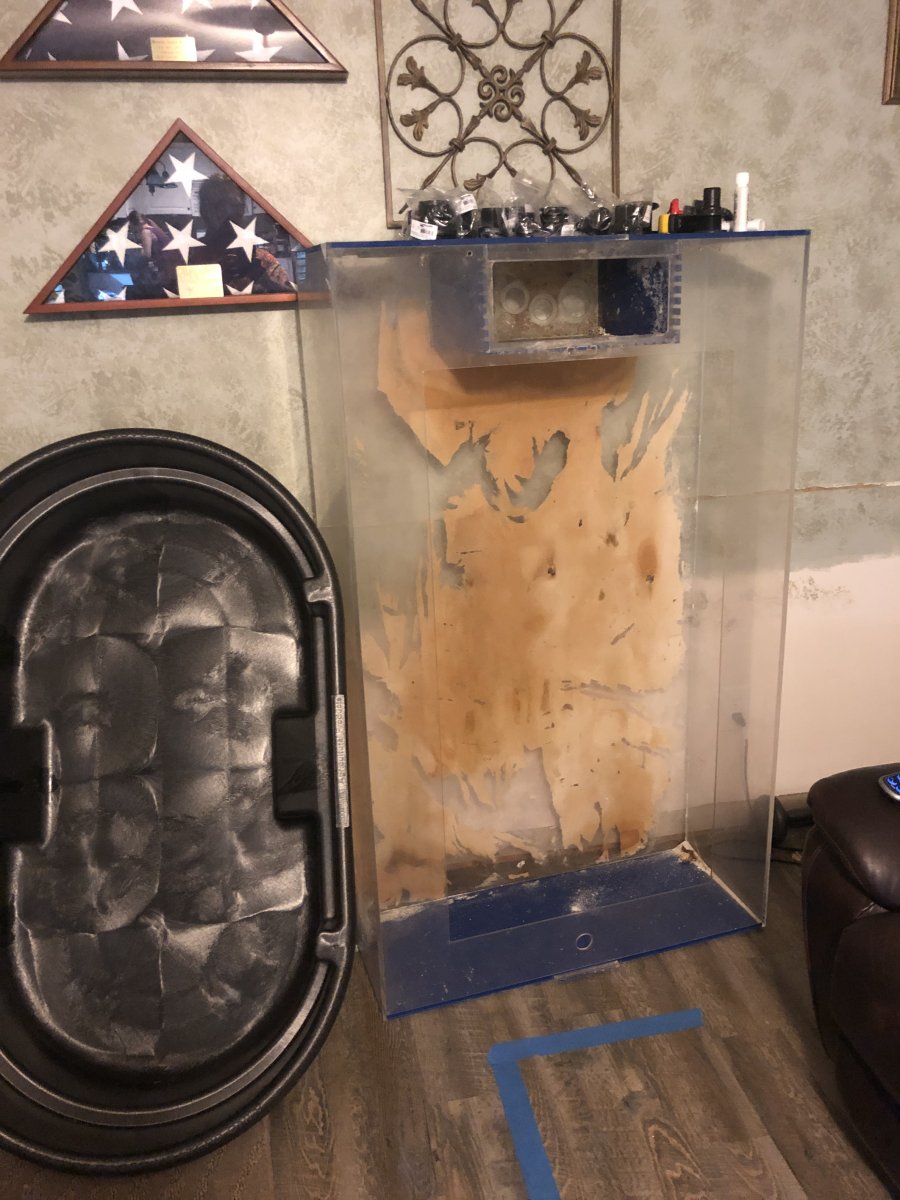 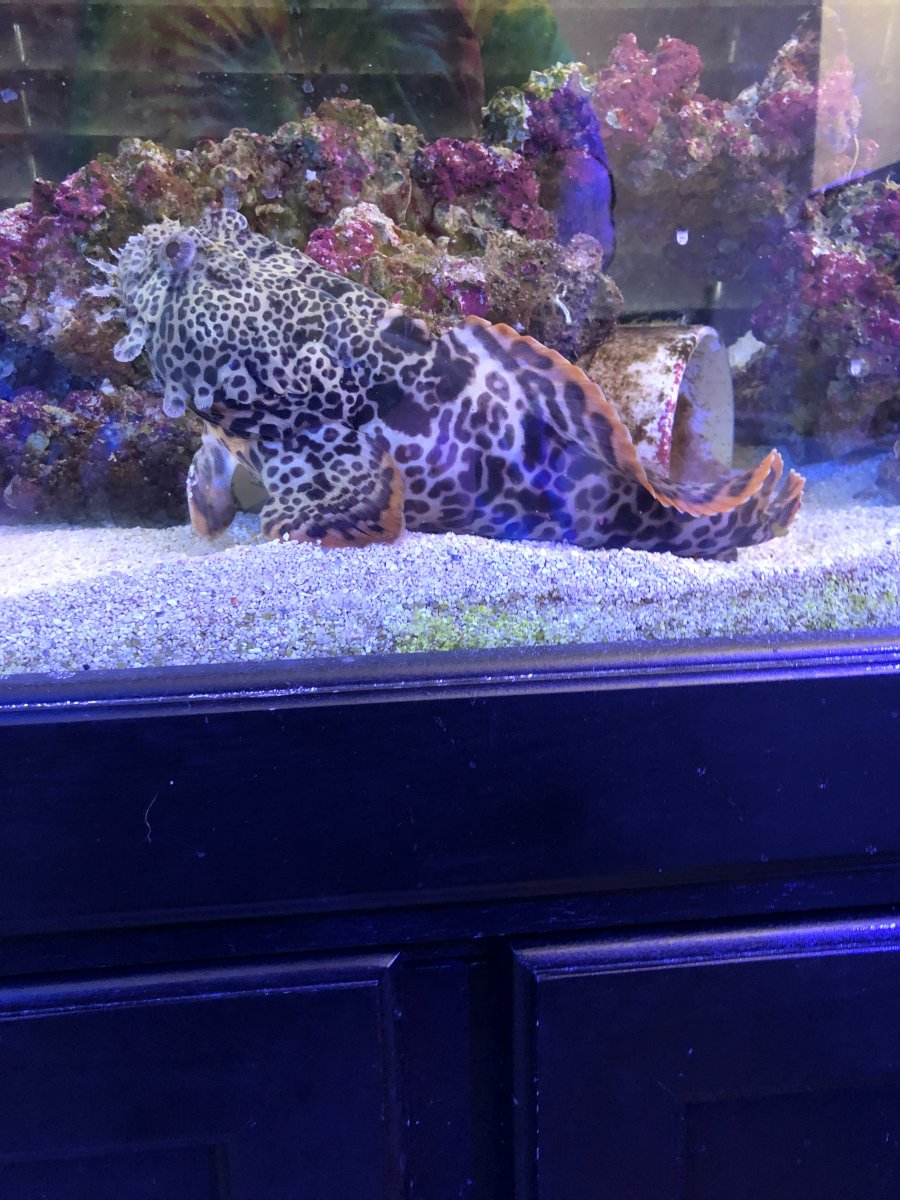 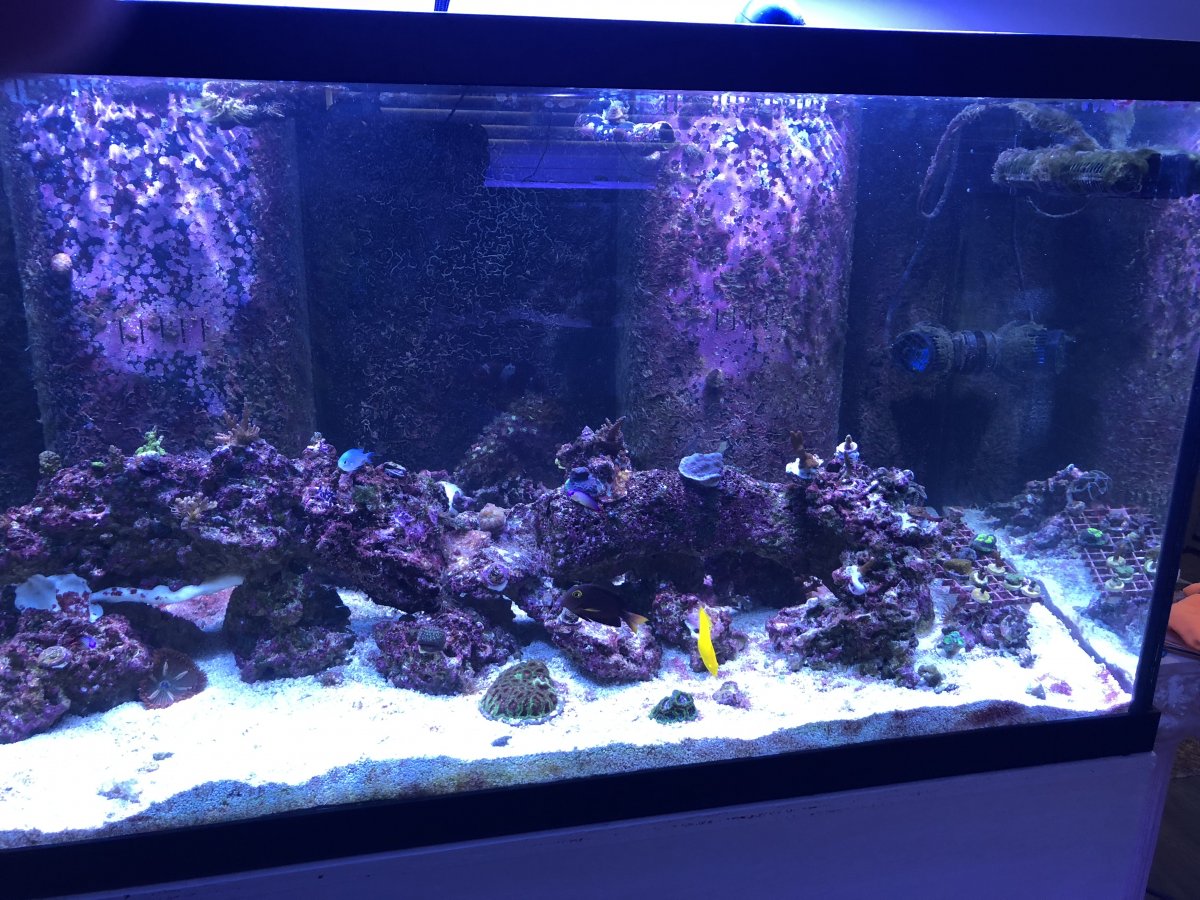 Exciting! I look forward to seeing this come together!
OP

a little progress this weekend. I managed to finish the overhead lighting frame and mount it. Also water & rock in the sump.

All wood for the stand is cut but only got a little bit of the painting done before rain kicked in. 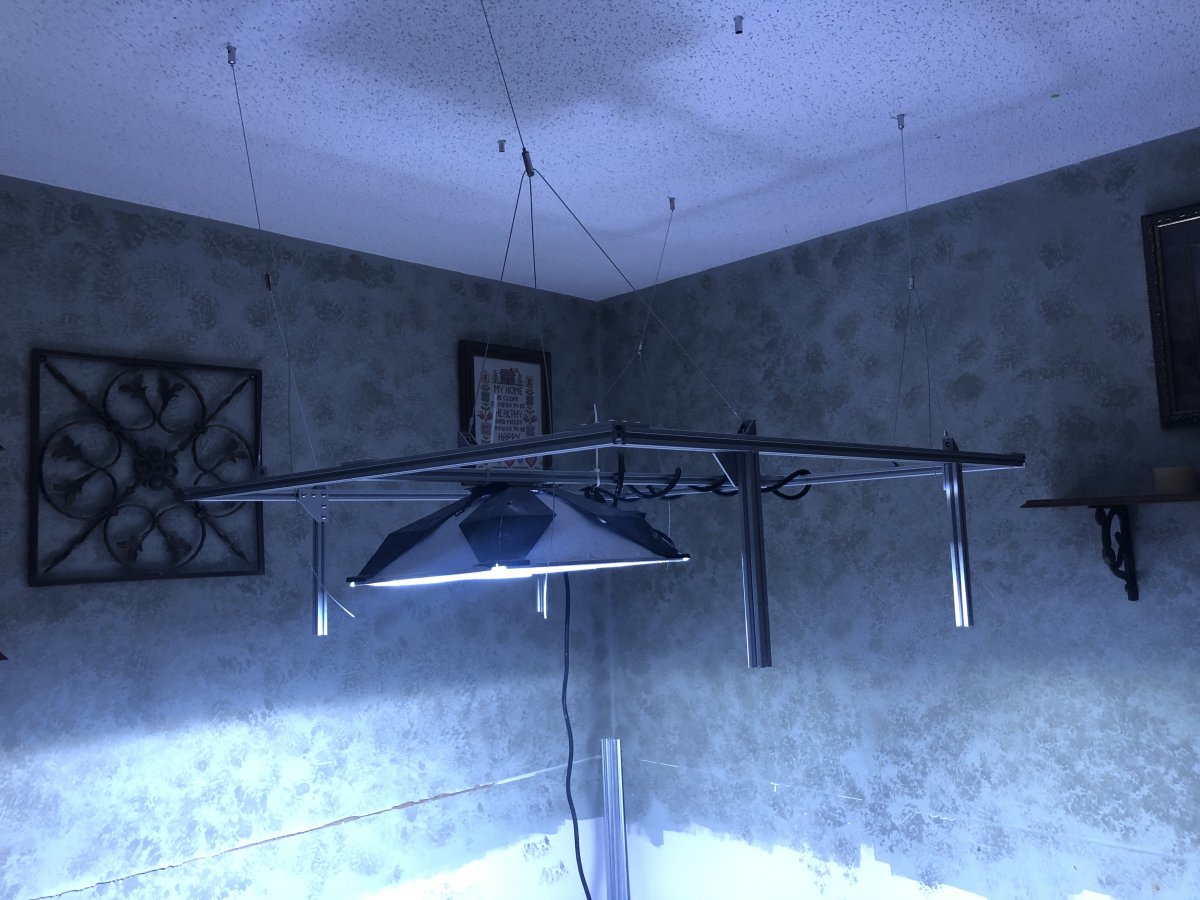 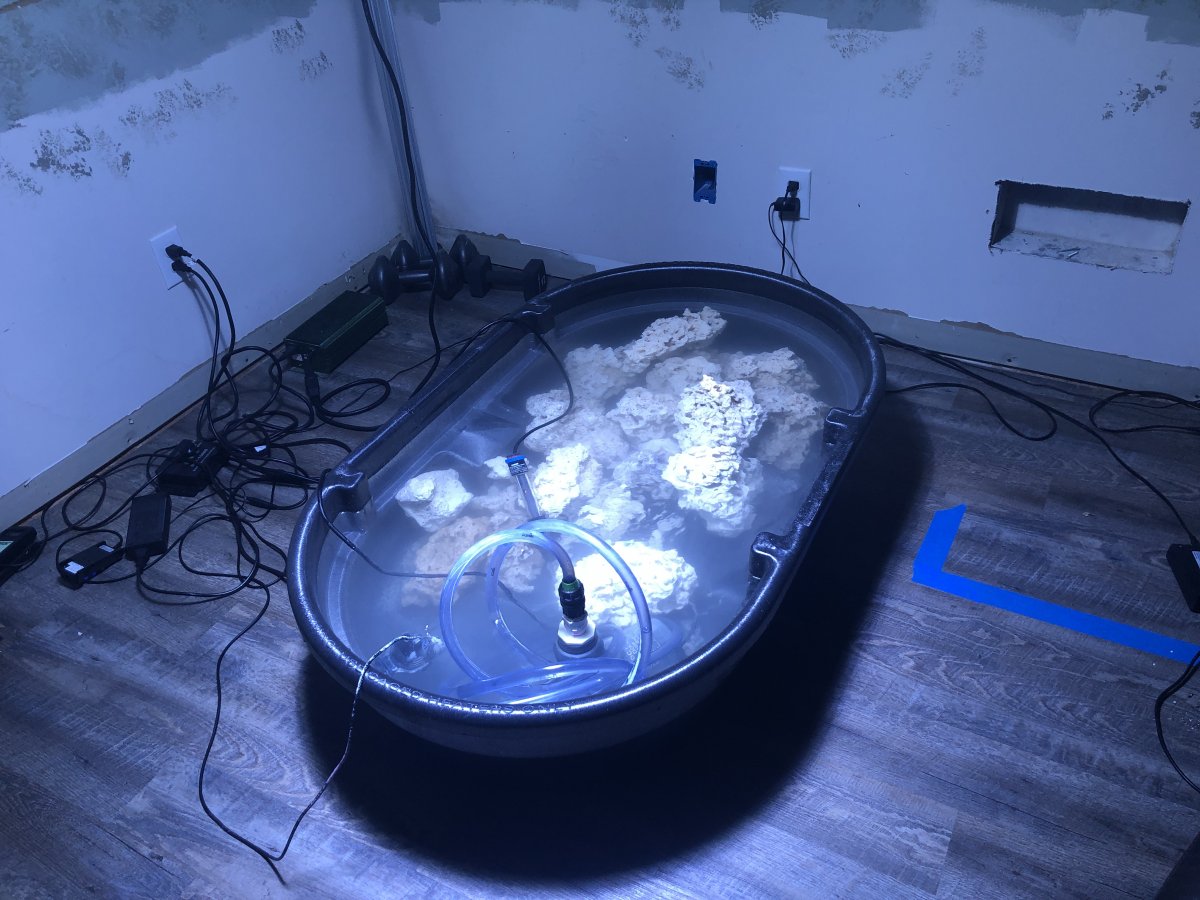 First little setback - see all that rock in that photo? Well - about half was purchased locally - and turns out it is covered up with Vermited snails.

All that rock is not sitting in a brute filled with RO/DI water & about 2 cups of Citric Acid.

After 24 hours - I'll remove it and start rinsing - then will go through a complete dry for at least a week. That should hopefully kill off those vermiteds - along with anything else on the rock. Good & bad.

Next up - hopefully this weekend. Get the walls & trim finished up in the room. We had a flood (NOT tank related) and I need to finish returning the room to it's normal state.

Looking forward to the build. I have been throwing around the idea of starting up a frag tank with one of the extra tanks I have. LOL

Looking forward to following your build. How do you manage sound with the tank in your bedroom?
OP

gdubs said:
Looking forward to following your build. How do you manage sound with the tank in your bedroom?
Click to expand...

The tank in our bedroom is a 30 gallon rimless eshopps tank that has a herbie overflow into a sump. Once I tuned the full siphon properly that tank is very close to silent. My wife is pretty sensitive to noise (I can sleep through anything!) and it doesn't bother her unless the skimmer goes crazy or something happens to alter the herbie drains (like a piece of algae getting stuck in the wier - which has happened).

I forget the return pump I'm running on that tank but it's not a lot of flow - which also helps a great deal with keeping the sound to a minimum.