I have been doing a bunch of research for my new reef tank and would love some input. I am looking for a good light and wave maker. I saw this website 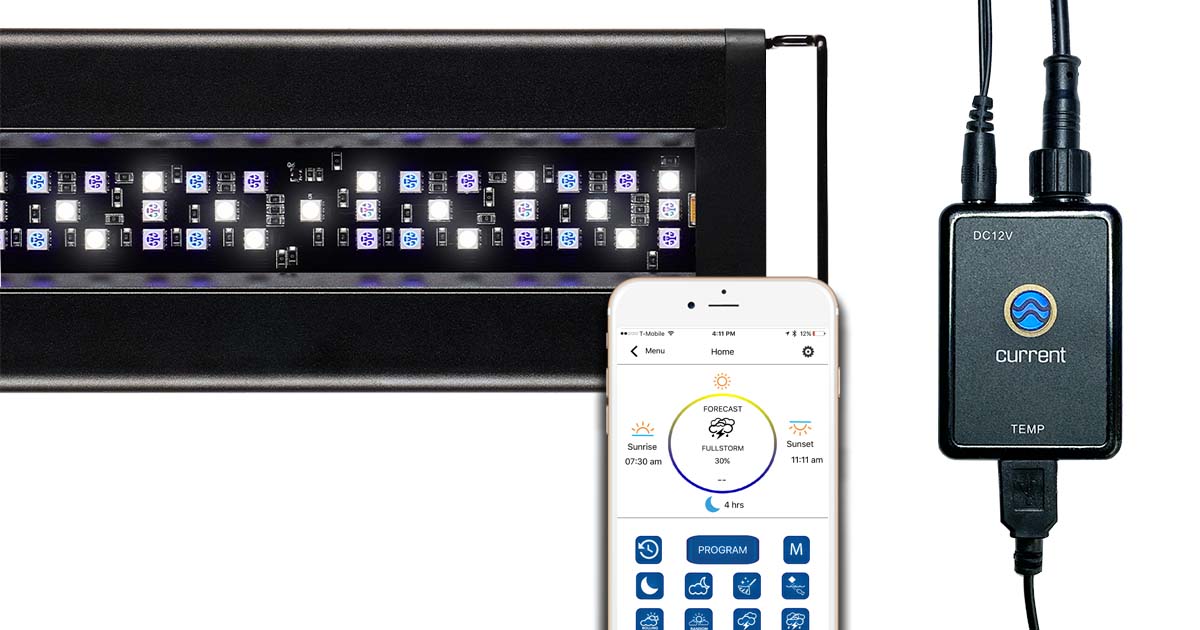 current-usa.com
I have a 45 gallon tank. The dimensions are 2ft tall, 3ft wide, 1ft deep. Has anyone used the current USA brand lights? I’m sure they are not the same as a kessil, ai prime, or radion due to it. Being less expensive. Just want to make sure it’s not junk. Also the wave maker that comes with the light is over 1059 gph. Is this too much for my tank? I also have a HOB filter marineland penguin 275. I just don’t want the sand to be blowing all over the place if it’s too powerful. Thanks in advance.

The current lights are a bit weak and not too popular with experience reefers because of that. Their pumps and wavemakers are fine though. I use their dc return pump.

I'd be more than happy to help you find alternatives given some price range and features you'd like (if you have some in mind)
Last edited: Jul 23, 2021
T

I am running that exact same light, as well as a few of the wavemakers. I have a 30 gallon cube and I think that the light is a little weak at the bottom of the tank. I have several Zoas on a rock at the bottom of the tank, and the seem to struggle getting enough light if I run anything much less than 100%. I do have some other corals in the tank (all soft or LPS) and they are all doing pretty well, if not growing as quickly as they might under other lights. Having said that, I knew I was getting a light that is really only suitable for soft corals and some easier to care for LPS.

When buying the wavemakers, I would err on the size of getting larger wavemakers than you might otherwise need. You can always turn them down if they have a little too much flow. The smallest wavemakers of the three sizes they offer really didn’t move as much water as I would have liked. So I went the next size up when I bought additional wavemakers for the tank.

Using the app is pretty intuitive and easy. One thing I do is always exit out of the app when done with it. Otherwise it will look like it is connected but nothing happens.

They should do fine in a relatively shallow tank if you’re just growing LPS/softies (but don’t expect the most rapid growth). If you plan on doing anything more substantial, you may want to just spend more for the better light now rather than upgrade later.

I’ve used them with success in 2 reef tanks. The first was a 26 Bowfront which was 21 inches deep. It did OK for zoas, mushrooms, candy canes, palys, gsp, Xenia, etc, but I had to move some acans up the rockwork a little bit because it wasn’t doing well on the bottom. I also used the lights on a nano which was 11.5 deep (with the light 4in off the water), and it was much better.

The controls and features for the money are top notch though. They’re pretty to look at. Also, customer service is great. I cracked the glass on my 2yo set by mishandling them in storage. I emailed them basically saying I was careless, I know it’s not a warranty fix, and asking if they sold replacement glass. They got back to me right away and said “we’ll send you a new light as a warranty replacement.” No questions asked.
OP
N

thank you everybody. Looks like it’s back to the drawing board for lights. As far as wavemakers go any idea what I should go with. It seems like you need to turn over your water I have seen 4, 6, and 8, times an over. So even with 8 it looks like about 4-500gph is what I would need if I am correct. Also I have do you think it’s worth it to have the lights and wavemakers connected together. Meaning getting the same brand of both or is that just gimmicky and not needed. Appreciate all the input.

A
Wave maker too close ?

How do you protect your fish against wave makers?