So I didn't take as many photo's as I would have liked during the build, but wanted to share my progress. Thank started September 1, 2019.

Started the tank with live sand, mostly dry rock and seeded with a couple of nice sized pieces of live rock. 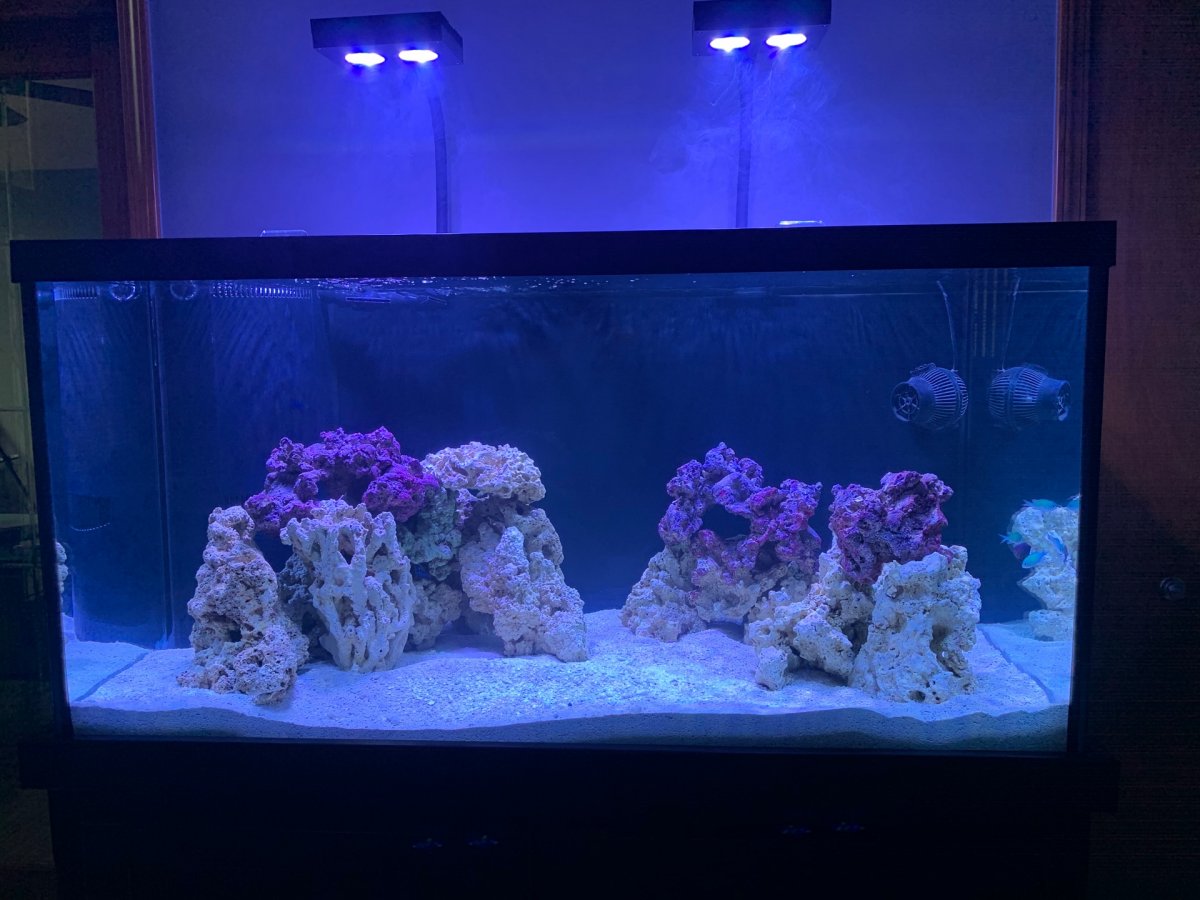 Pump in this tank was a used Jabeo that I got off another reefer that I bought when I got the live rock.

After the cycle, I had a little battle with some dino's that I was able to over come thankfully pretty quick.
Once cycled I added 4 bi-color chromis and 4 blue green chromis. Don't have a pic of when I added these as I forgot to take a photo.

Let things run for about another month before adding anything else to make sure I didn't have any nutrient spikes. All was good so I added a few small corals (again didn't take a photo), but added a small plate coral, a larger plate, two headed frog spawn and a nice zoa frag colony.

This is a picture after I also added a green sinulara 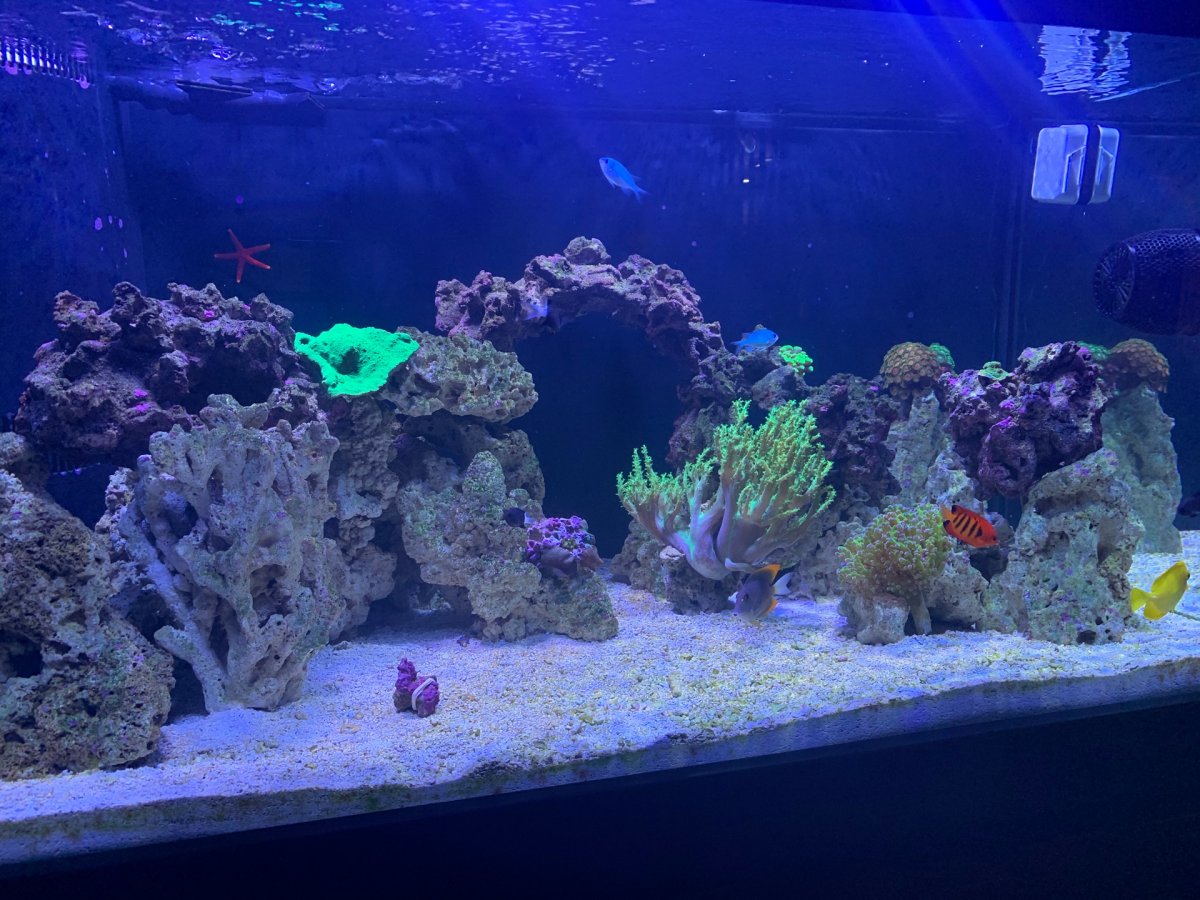 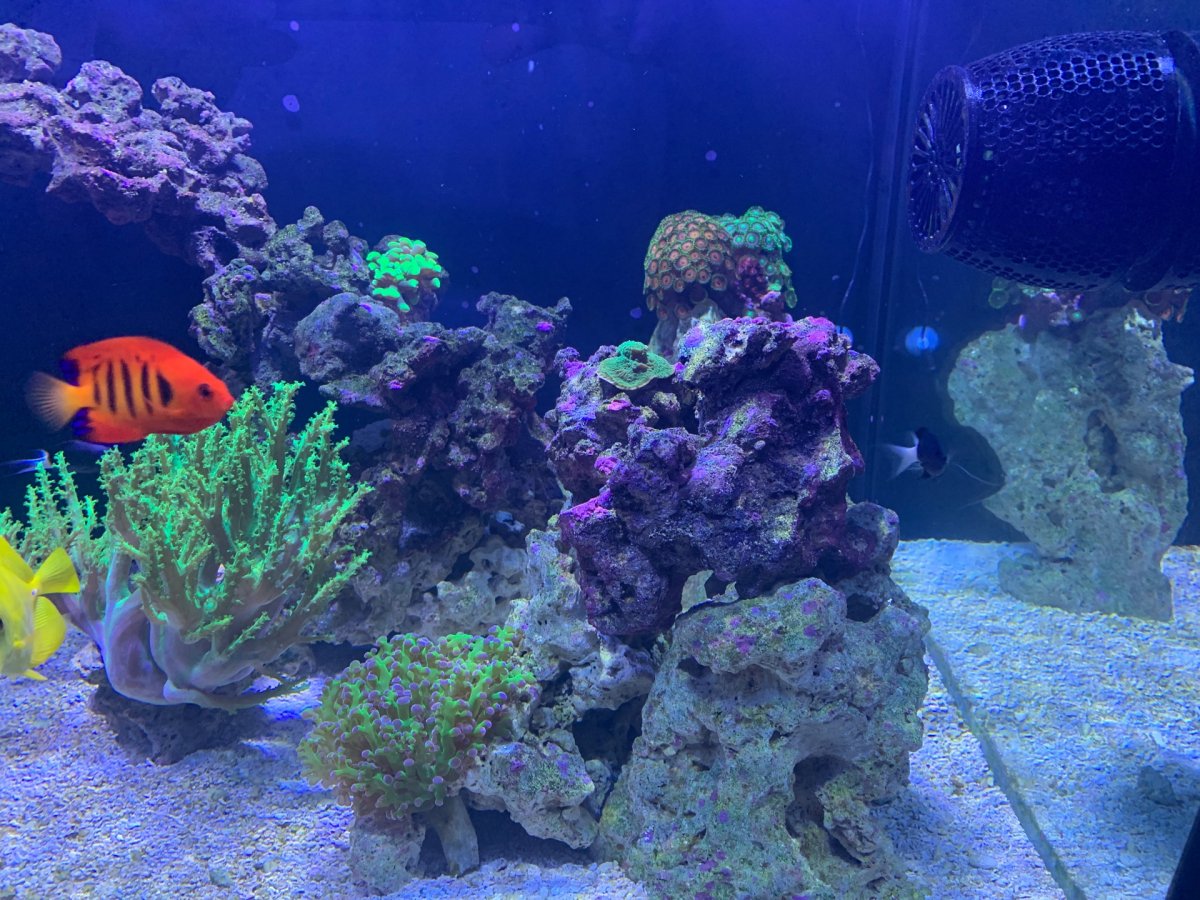 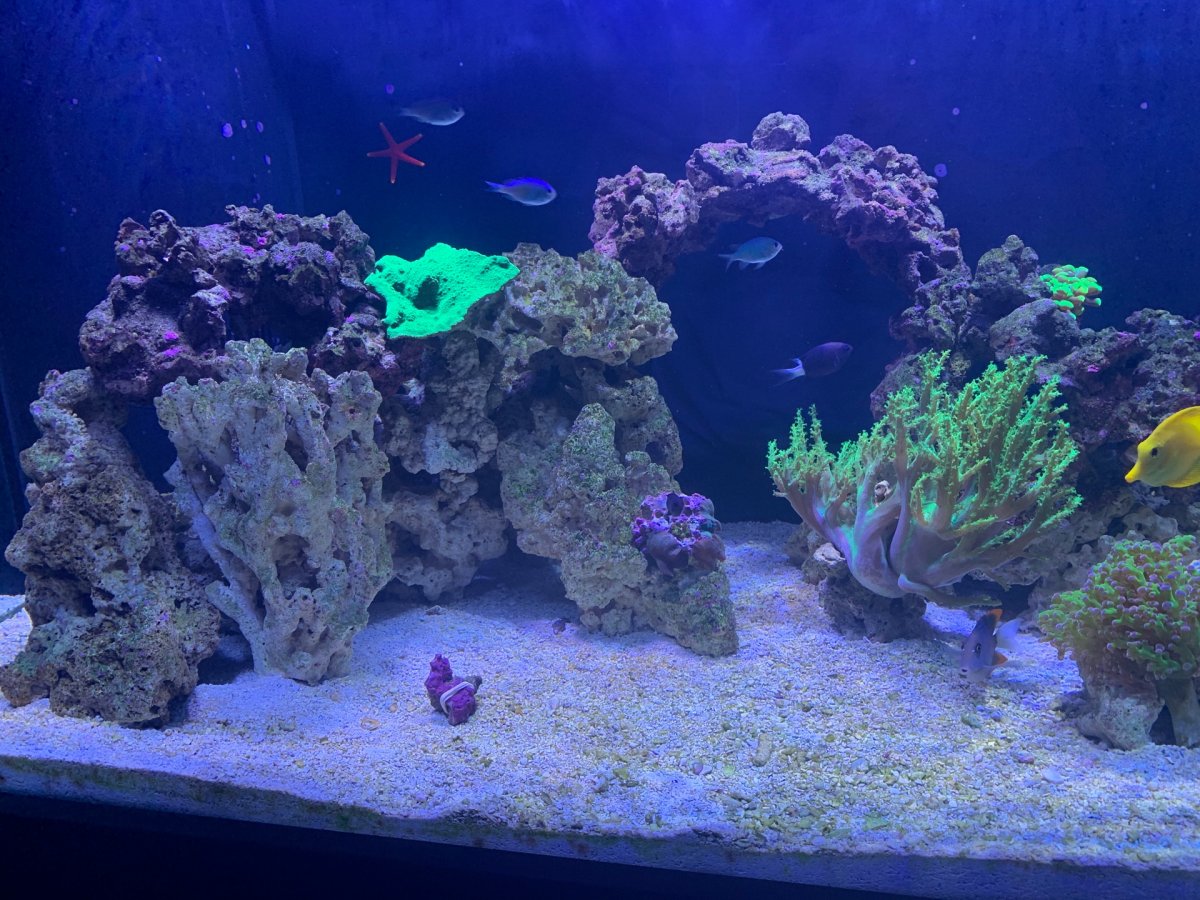 Went to a frag swap in Lansing Michigan in early January and picked up a bunch of new frags. 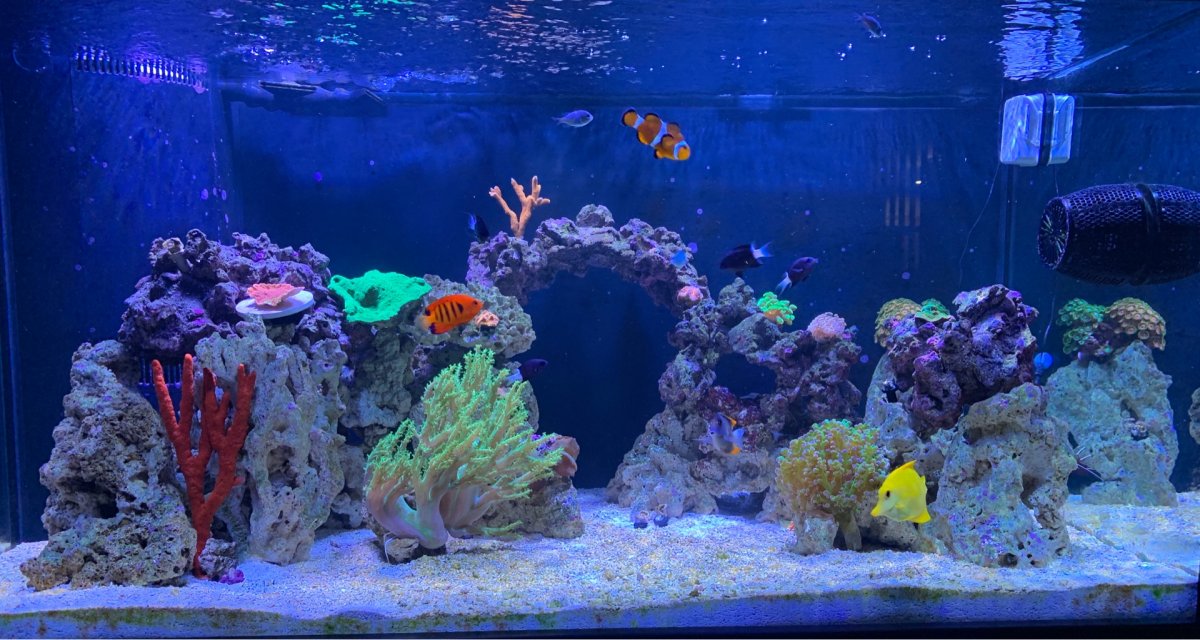 This past weekend just added a mated pair of clowns and an orange sponge.

Will add more photos as things continue to progress and corals start growing. 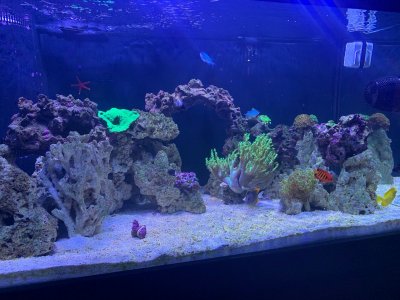