What’s your most favorite, “cheaper” powerhead/pump for water movement in your saltwater reef aquarium? 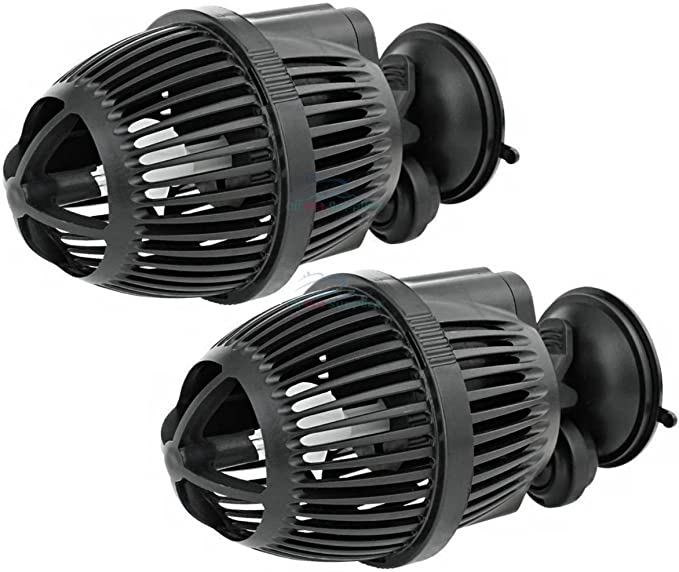 I started with cheap powerheads. I liked the Jebao SLW-30. Its exactly like the Nero 5 without the added costs. I run all Ecotech Powerheads now.

Unfortunately I run a MP10 but I used to use the Hydor Koralia pumps and they were amazing I use one of them to mix saltwater now.

Starts with the letter J

Although most of them are not adjustable, I like the sicce powerheads.

Jebao for the cheap bang for buck. Got a few of the cheap 8 dollar powerheads for salt mixing and currently on my 20g temp tank.

I use 2 Aqua Medic SmartDrift 7.1 (~140 each). I don’t know about the availability in US but it is an amazing powerhead. The app is a little finicky, but once you get the hang of it, it’s pretty okay! The amount of flow it produces is also very nice!

In my nano, I have Hydor Koralia and in my 38g I have Jabeo OW25

I have had a few cheap single speed powerheads but now im down to a single cheap Jebao and my Reefwave 45. I love the redsea gyre but man are they pricey.

Jabeo SLW pump are decent. Only had one crap out of me but for the price of around $80, its worth replacing yearly anyways.

I got 2 aquaneat powerheads from Amazon for $17.99. They are both 480gph pumps and the one I'm using is still going to this day. I liked it cause it has small gaps in the front safer for coral and fish for that just in case scenario. Ever since I've been using a lot of aquaneat stuff.

I use a jebao slw-20. It moves some decent water and has great wave patterns. Can’t speak on longevity, only had it for about a year.

I like getting cheap stuff here; https://stores.cllpetsupplies.com/wavemakers/
That said My tank is too small for these so I'm using koralias.

I have a cheap little $6 50gph powerhead behind all my rockwork to keep detritus from settling back there. It’s been going around 18 months, so I can’t complain. For the main flow in my tank I have two Jebao SLW 10s. I’ve had Neros and MP20s in some of my older, bigger tanks, but sold them when I took the tanks down. Personally, I find the Jebao SLW series to be just about as good as the Nero series, obviously the controllability isn’t as good, but otherwise they’re similar enough that the difference in price doesn’t seem worth it.
C

Jebao sow15 about $120au and there way better then my frustratingly annoying $400 maxpect gyre!

I've used maxijets that work fine, would definitely prefer a DC pump though

QUESTION OF THE DAY Your go to corals for MOVEMENT in a saltwater reef tank are...
2 3 4 5

QUESTION OF THE DAY Let's get the Flow Factors Flowing!
2