My passion for this hobby stared about 15 years ago when my uncle had a saltwater aquarium, then my father set one up when I was about 15 at time. Once I moved out on my own I setup my first 56 gallon reef. That quickly was upgraded to a full Custom 90 gallon reef about a year later. That system ran successfully for about 5 years. Unfortunately I had a major system crash, my return pump failed when I left for a weekend at the lake, not having enough salt available at the time for a series of water changes (rookie mistake) failed the system, failed me. Ultimately resulted in the sale of my system. I sold everything. With no plans on looking back. Well... 4 years later here we are.. It all re-stared with a trip to the city where one of my favourite coral stores is located Bayside Corals. I made the “very bad” decision of going in for a “quick” look that turned into about 3hrs.. that resulted me coming home with mixed thoughts in my head and the itch started.. After some thought I talked my self out of it..My wife had other plans.. she went and ordered me the tank I was eyeing up anyways.. Who can say that? lol did that just happen!!? So here we are.. a build thread... I went with the Innovative Marine 25 Lagoon EXT, I wanted a system I could setup and run effectively at a lower cost.. so i thought... 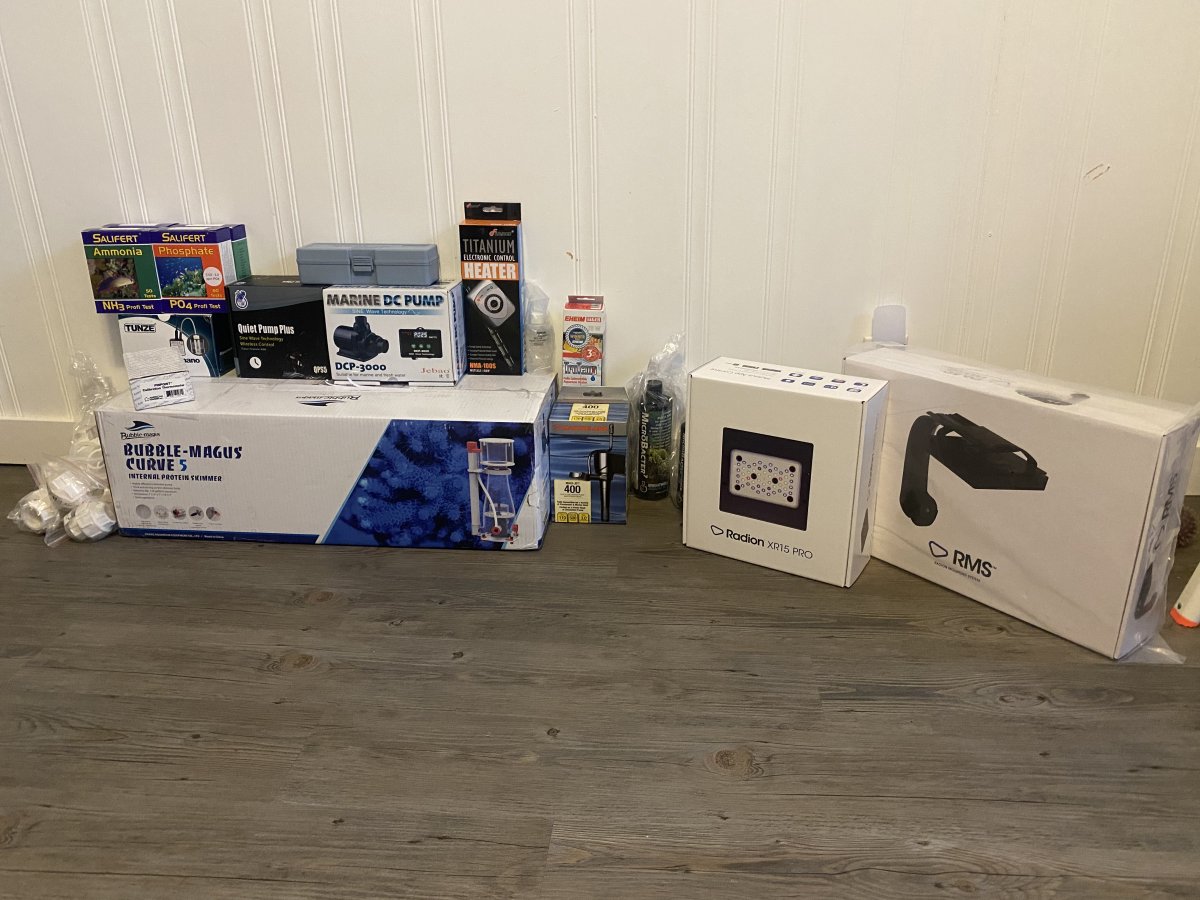 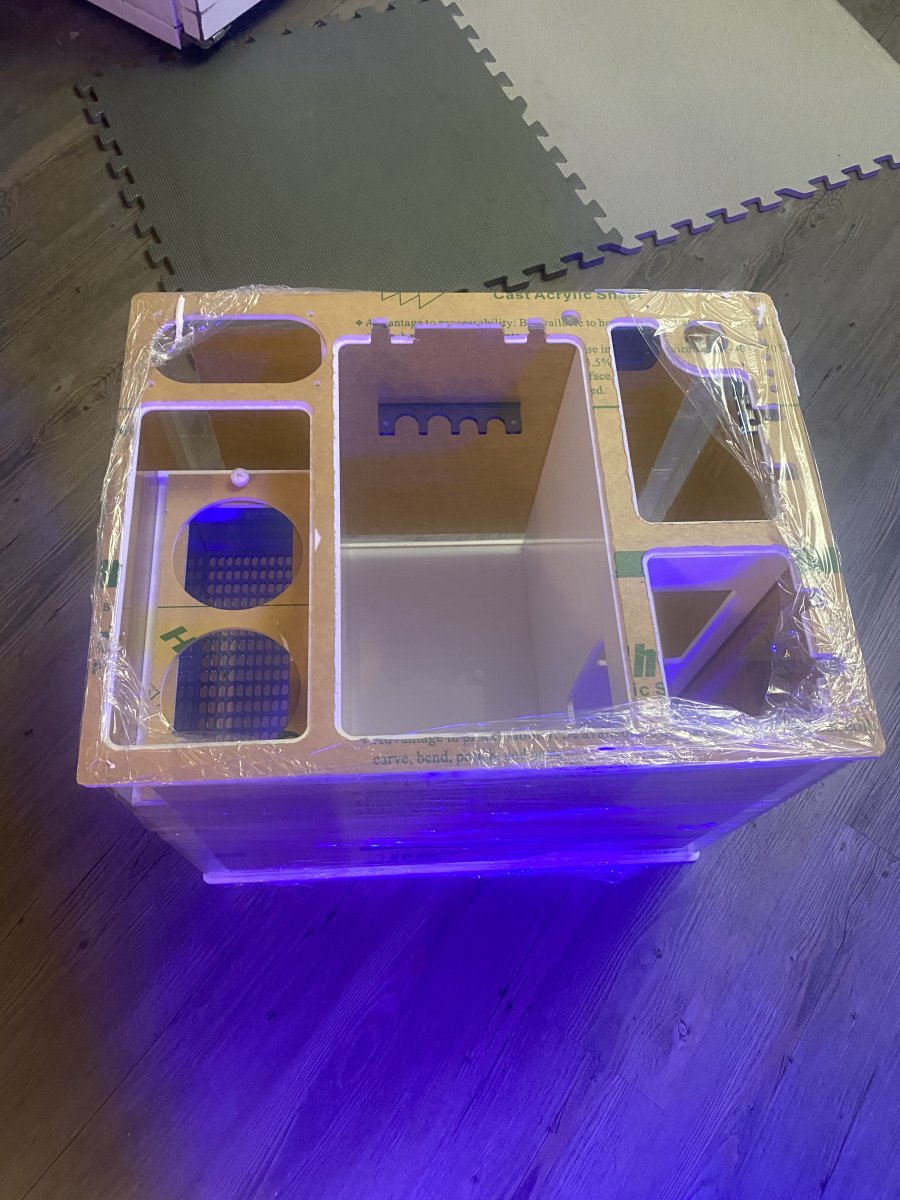 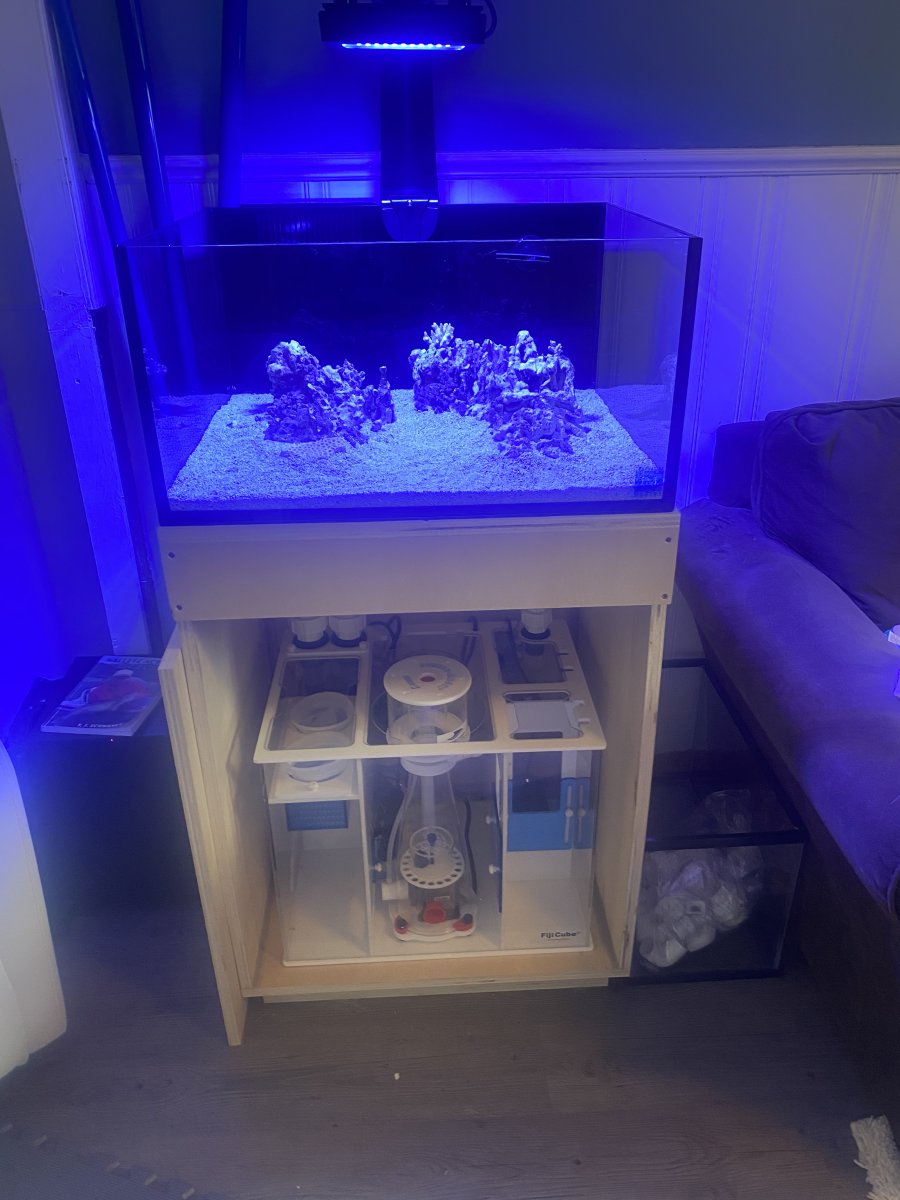 The stand I used cabinet grade plywood. And used bondo to fill the edges and painted heavily. Turned out great! 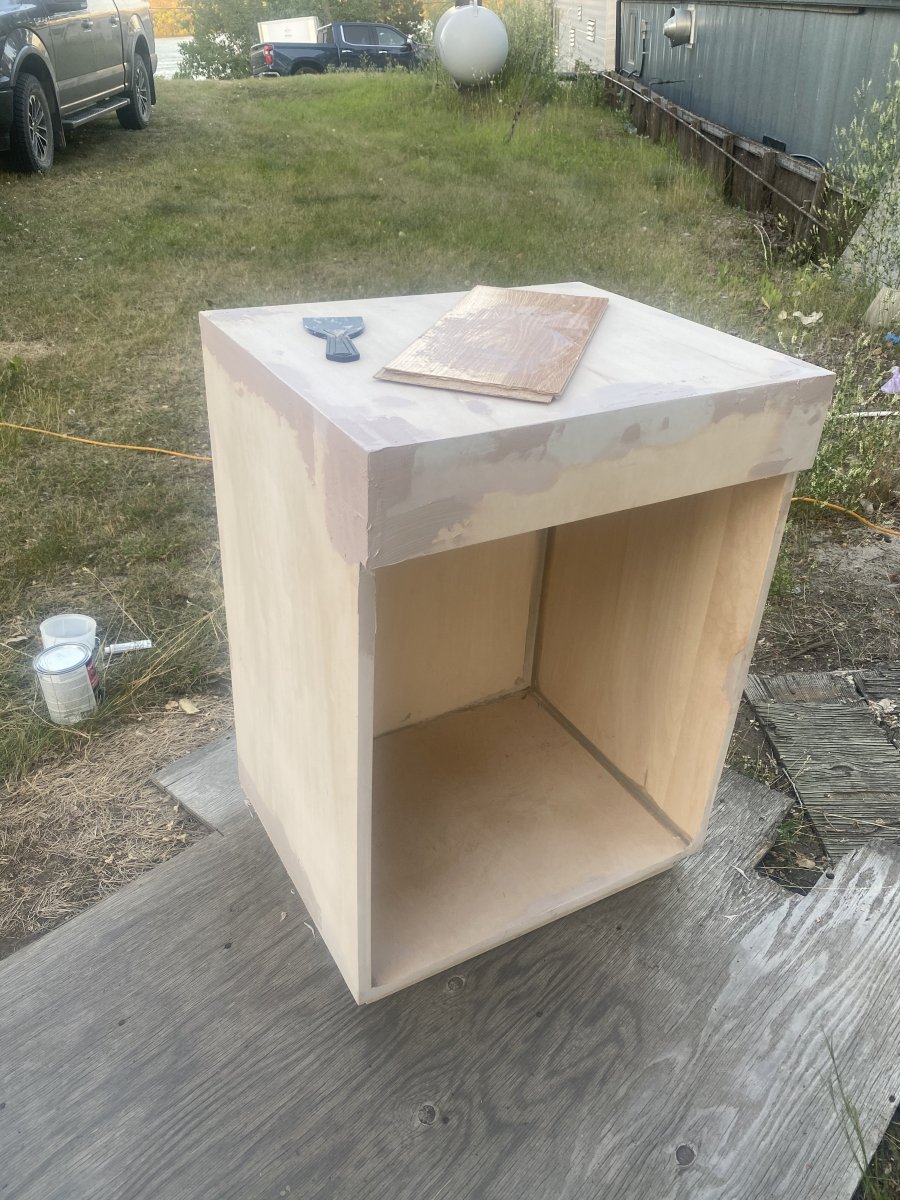 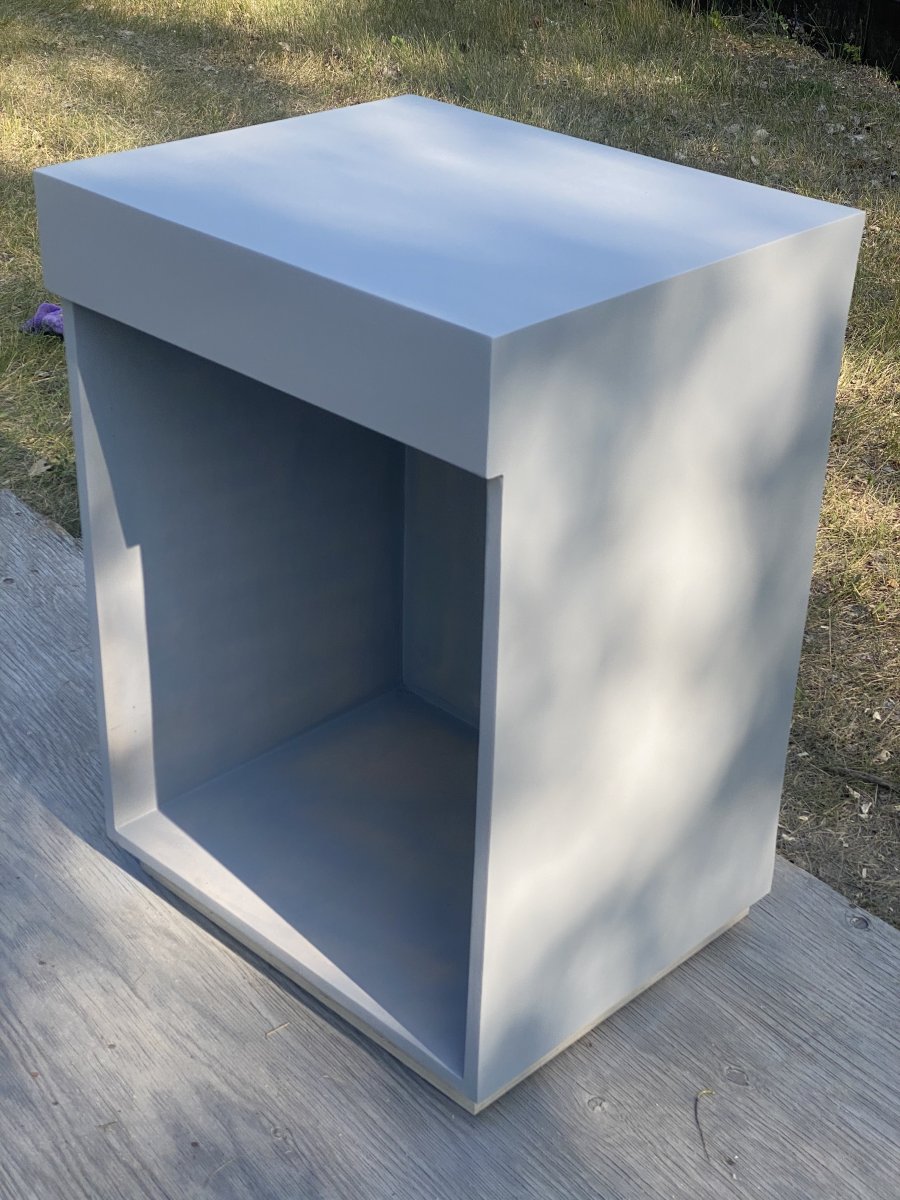 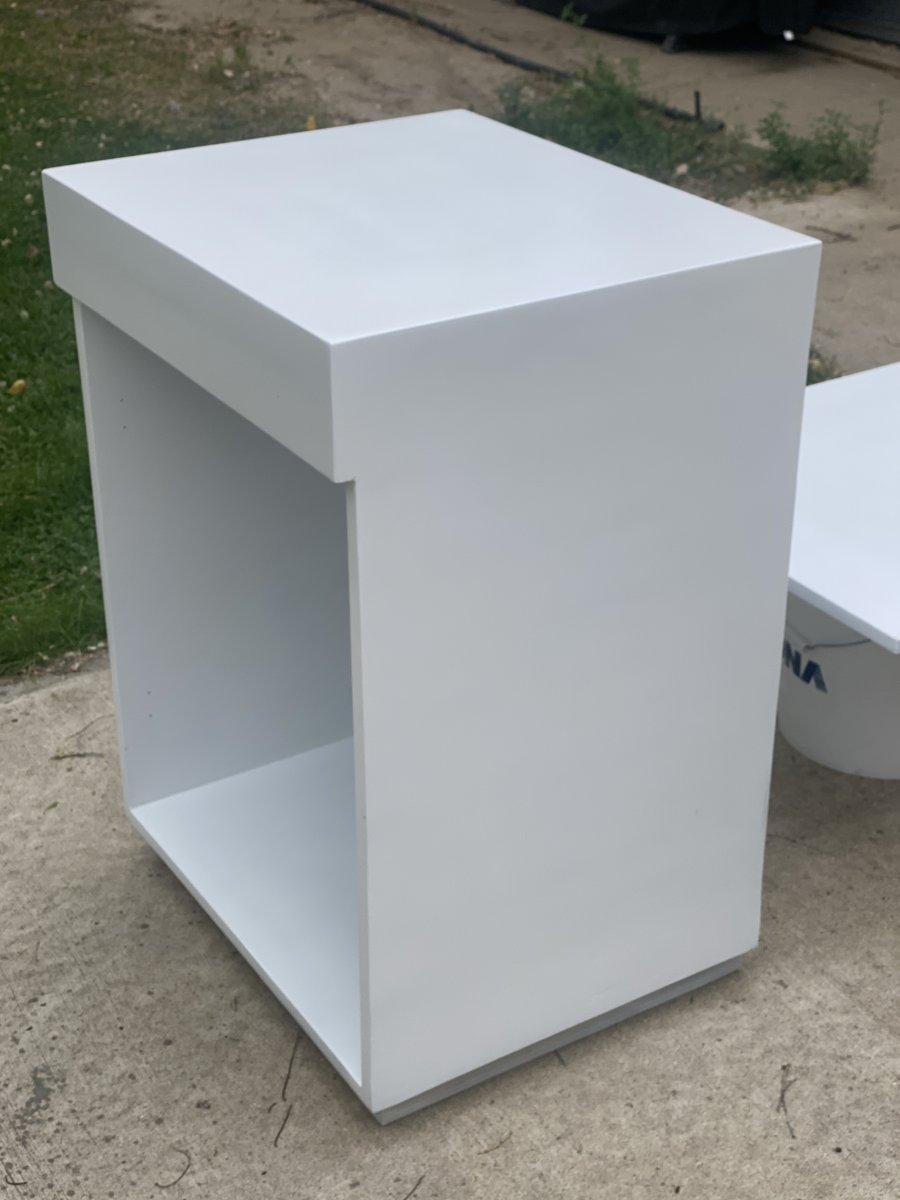 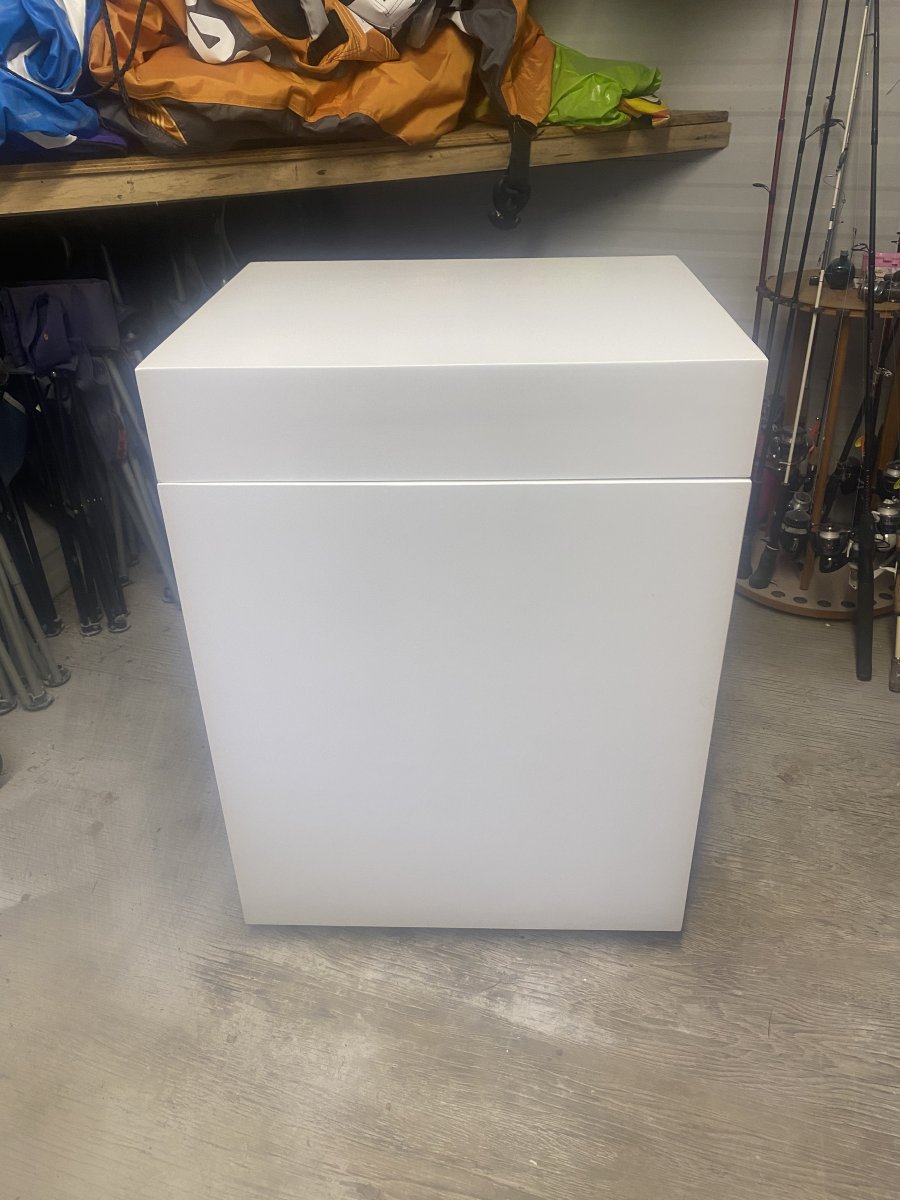 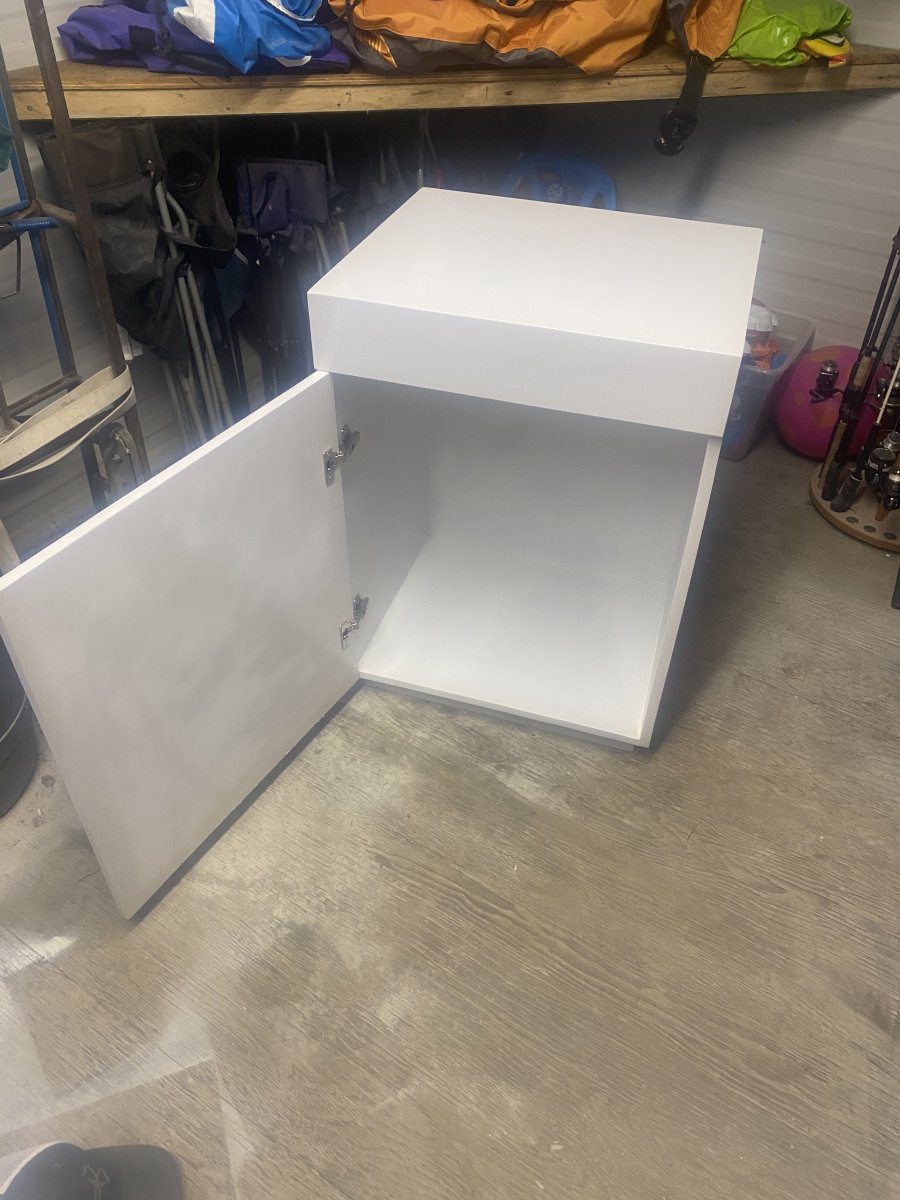 #WelcometoR2R glad you joined. Once you have a tank it’s hard to stay away

The cycle has stated! I’m in absolutely no rush. I’ll let this thing go for 4 months before I start to add anything. I’m not to worried about salt creep just yet under the stand for the apex and such. The sump seals up quite well. Once I’m at the stage to add a Dos and possibly the Trident I will probably take it all out and put it in a separate cabinet off to the side! 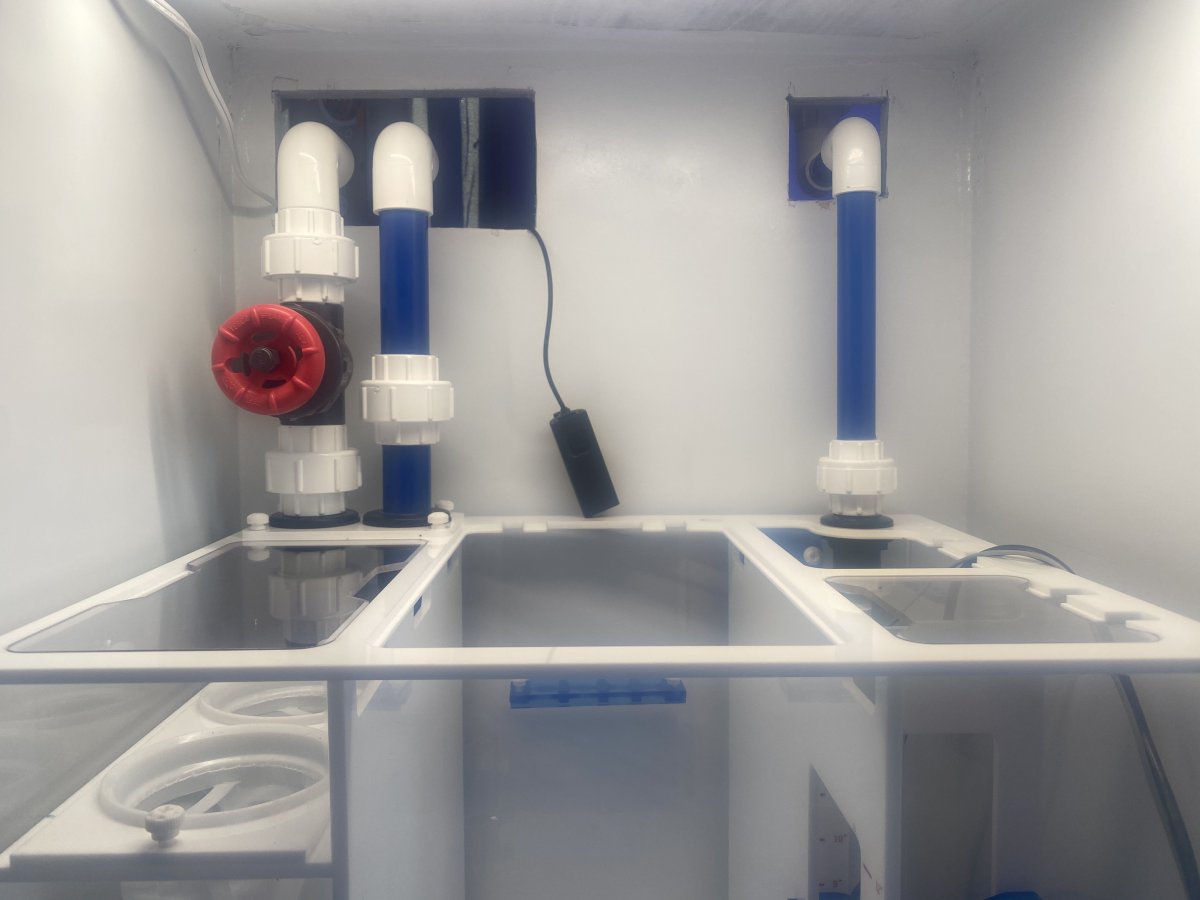 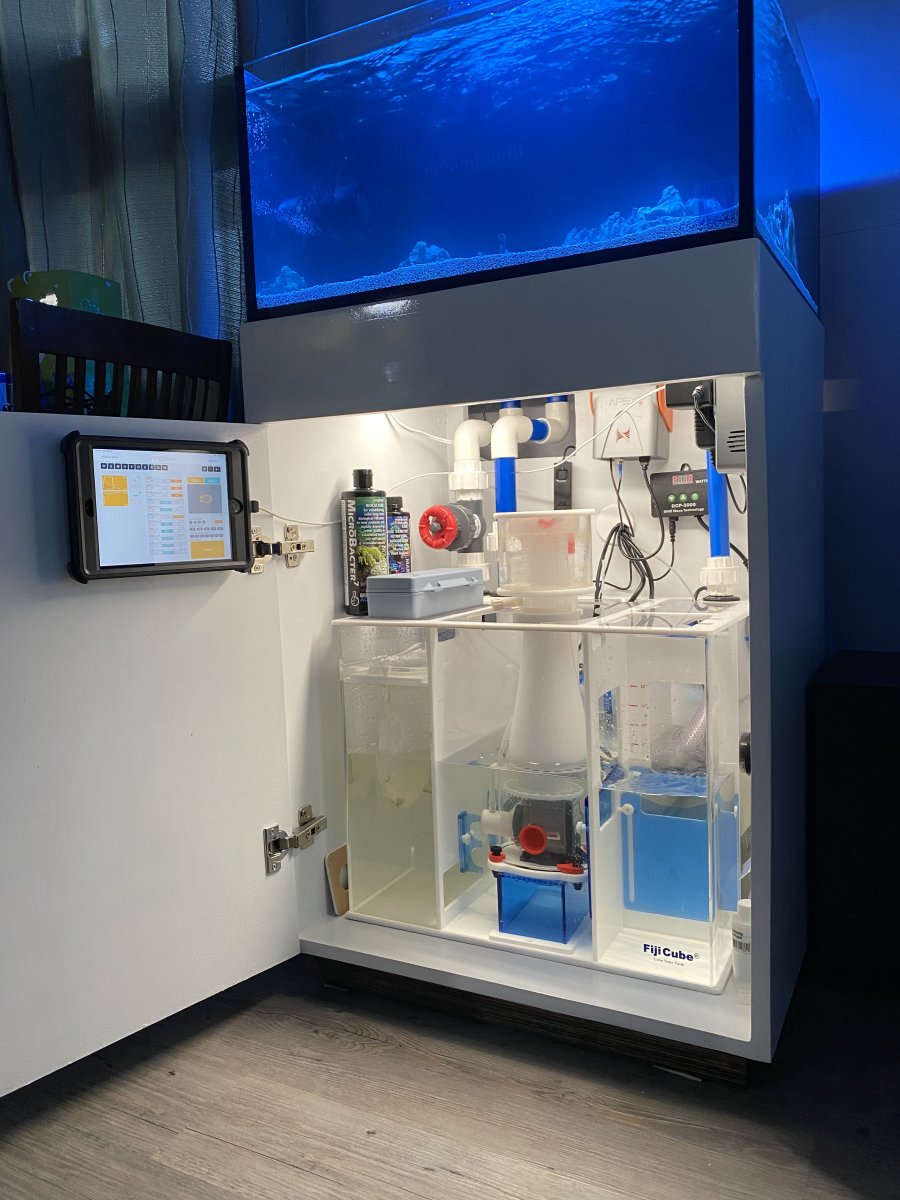 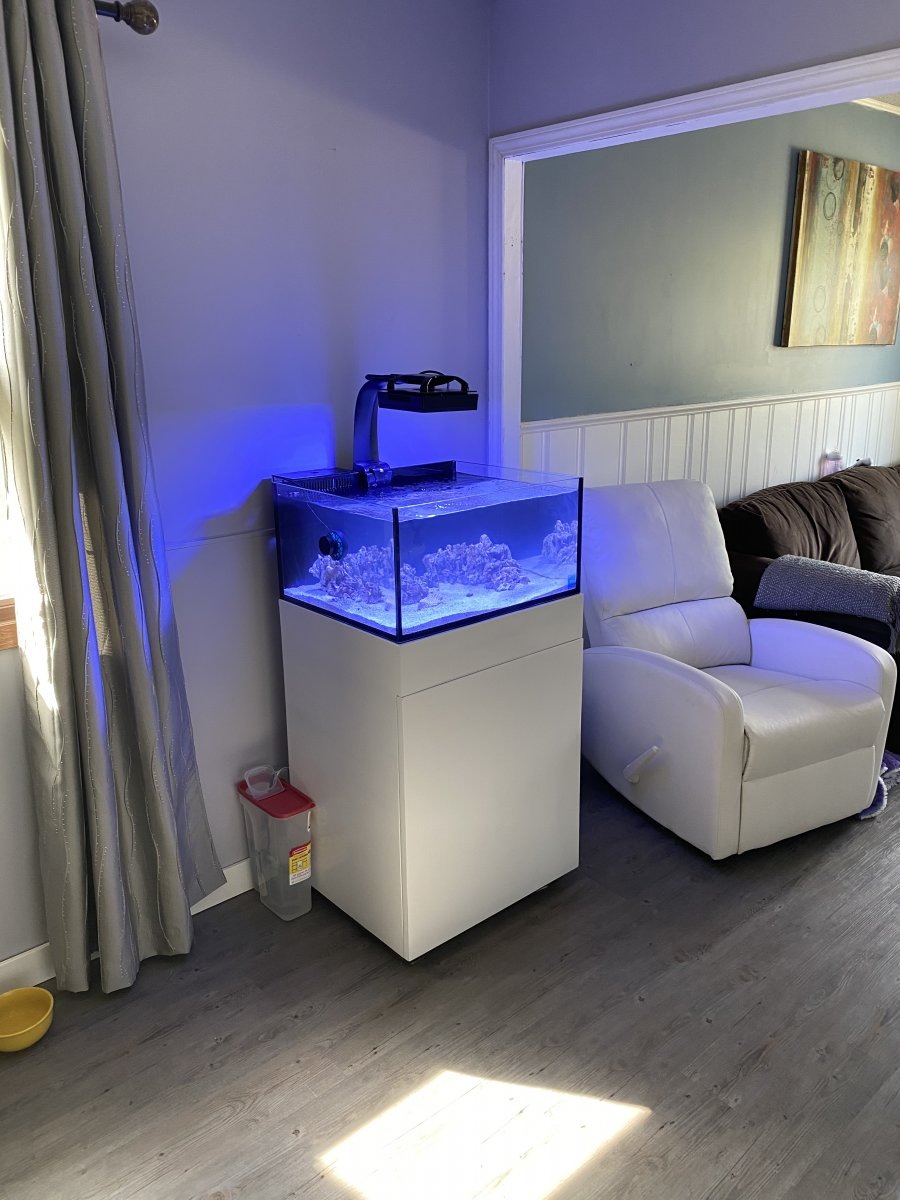 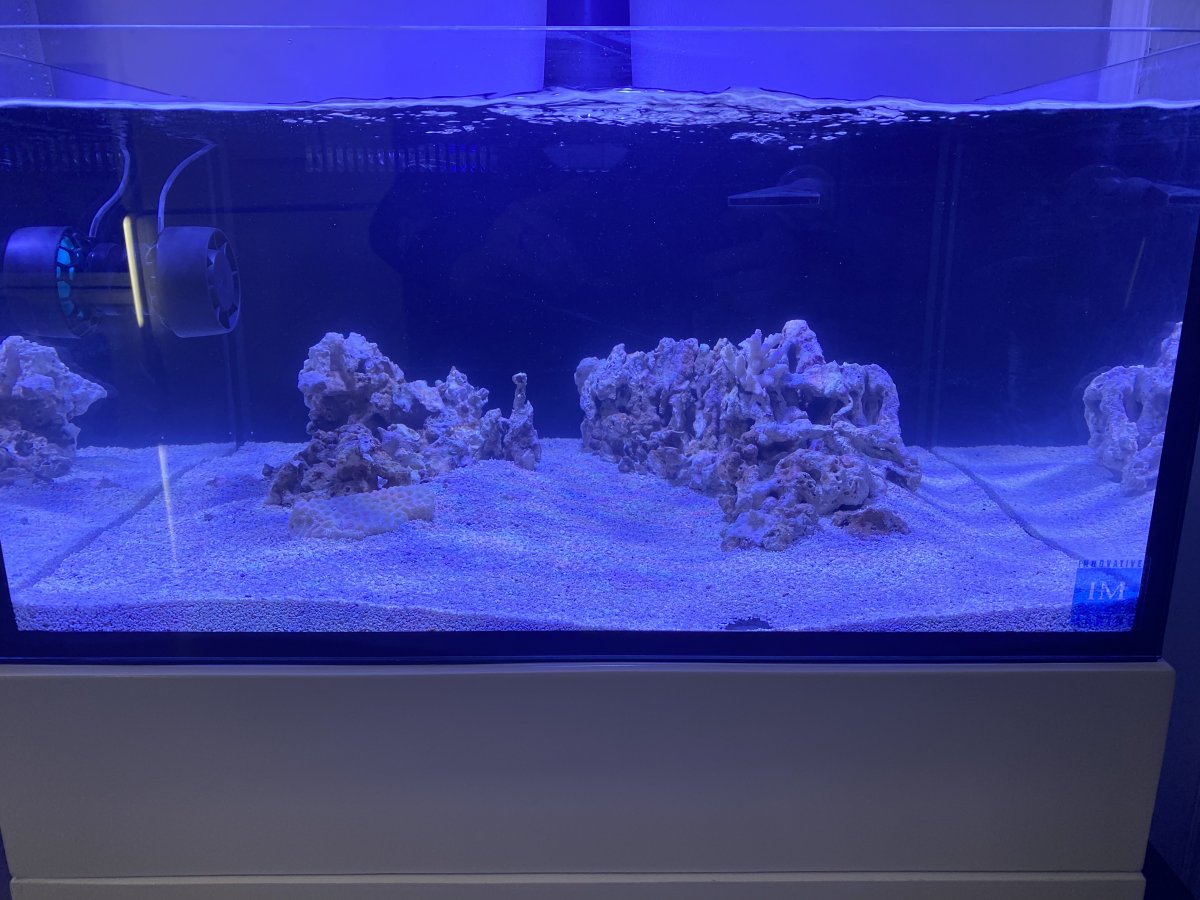