DON'T FORGET AFTER YOU READ TO TELL US WHAT YOUR FAVORITE HEATER IS!

It's starting to cool down outside and with the cool down comes the need to heat the aquarium water! But with that also comes many opportunities for heater failure and tank loss! Eek! So let's talk about heaters today and your experiences! The following are a few of my experiences.

Heater Explosion - Personally I have had glass heaters explode in my aquarium. One instance it happened in my sump and I didn't find out until the tank crashed! I don't think glass heaters are that prevalent anymore but what about other materials. Can they explode?

Heater Sticking On - I have had even the best of heaters stick on but thankfully these have not been in my aquarium but my saltwater mixing container. I mitigate this in my reef tank by having my controller shut off the heaters if the tank reaches a certain temperature.

Heater Not Large Enough - Again I have had this problem before where my heater didn't have enough "watts" to keep the amount of water in my aquarium warm. Be careful here because while you need to have a big enough heater you don't want to oversize it. Matter of fact using a couple or a few smaller wattage heaters to accomplish the temperature goal is the way to go! If one of these stick on then it may be more likely that it will not heat the water enough to kill the tank inhabitants. But then again I would still make sure you had a failsafe in place like I do with a controller in my previous point.

So it's your turn here!

Tell us about how you mitigate the chances of heater failure and tank loss. Help me out by listing some issues that I may have missed or forgotten.

1. Have you ever had a heater fail in some way and what was the results? How did it fail?

2. What are some safeguards you have in place regarding heaters in your aquarium?

3. WHO DO YOU THINK MAKES THE BEST HEATERS and what brand do you use? 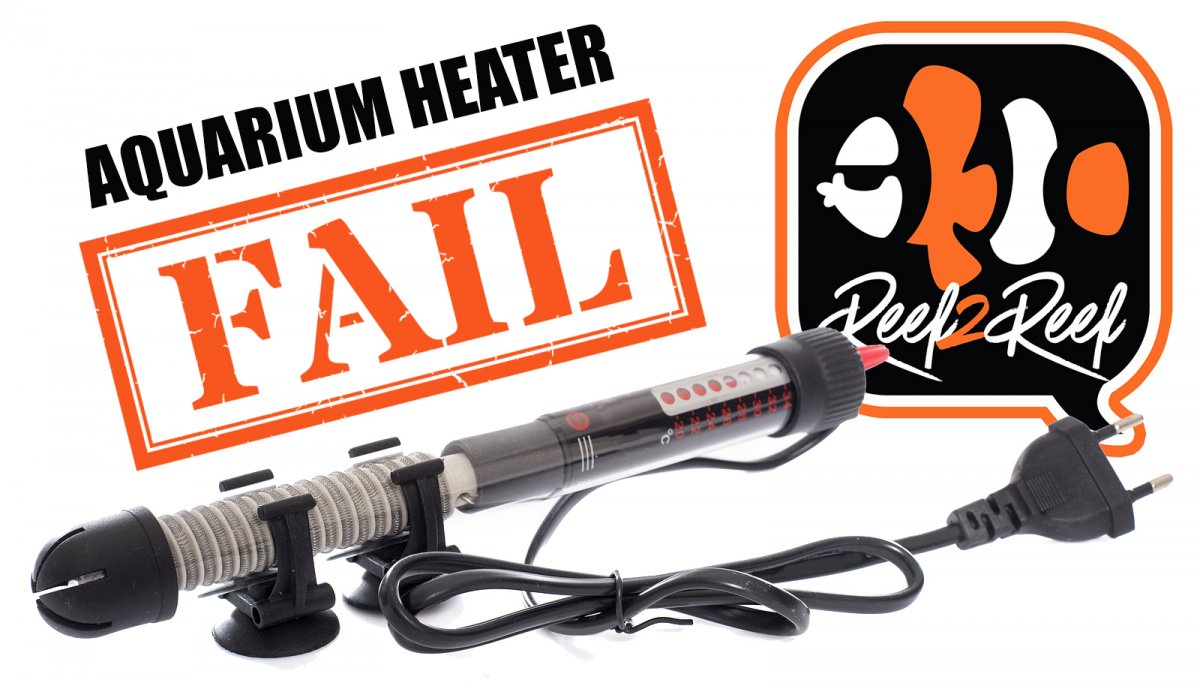 I’ve had a heater stick on before. Luckily my apex was there to kill the power on the outlet I would say it’s not really the heater itself since I’ve had all kinds. I rely on the controller. Would not run a tank without an apex.
D

I use reasonably under powered heaters in a pair. Example: right now, I'm working on running elevated temps. If the first heater runs nonstop, the tank gets to 82 degrees. I'm ok with that as right now, I'm wanting to run elevated temps. The second heater is set to kick on at 77 degrees and on a InkBird controller set to turn that outlet on at 78 degrees and off at 80... it also sets an alarm at 83.5. While it looks like a run away heater could be bad on the system, my primary heater is functionally a run away heater that can get the tank to 82 degrees as it is. When I go back to a more normal 78/79, I will likely adjust the InkBird so I don't have "outlet cycles" wearing the contacts. This is where a heater failure would make the tank slowly rise to ~82. But this is noticeable and I can swap out the heater as needed. If it were to fail off, the tank temp would fall to 77 degrees and I would notice that the tank is rather low compared to where it should be indicating a heater failure. If InkBird and primary heater fail, then I'd be in trouble... (assuming both failed off) but this would require a simultaneous failure when the contacts for the InkBird haven't been turning on/off (so very unlikely). If the InkBird failed on, I still have the second heater that has functionally not been being used this whole time so it should still function correctly.

I have been liking these Orlushy heaters, they are cheap Amazon. They have nice thick glass and seem very sturdy. I have them plugged into a BayIte temp controller which absolutely rocks at the price point, and then that plugged into APEX. Not worried about the heaters at all

I use three heaters on my 125. I have had one malfunction, but never three. Each heater on it's own can't overheat the tank to much and any one heater going bad won't freeze the tank. Heaters are cheap.
S

I trust NO heater or controller (mainly because of potential probe malfunction). I also am not one to try and keep temps within 0.0001 range like I see folks. I have two halides on my 30g and 50w led on 14g biocube. Those are my heaters. I have undersize heaters to maintain heat when the light cycle is off but they are small enough (100w) that if they get stuck on they aren't powerful enough to fry my aquariums. Doing this keeps me at 78 +- 1deg.

I use titanium heaters, ink bird controllers and then outlets on my reefpi build. Inkbirds plug into reefpi power strip and its dual redundancy.

I also run multiple smaller units as a just incase.

For brand, I am using the brs titanium heaters and some aquatop ones. Both seem to work well and heat the tank just fine.

I've had an ATO fail which caused my water level to drop. Due to the lower water level my heater got exposed to air. It started smoking and I heard it snapping. Fortunately I was in the room when it happened so I was able to remove it before things really went south. It was a stupid mistake on my part to put the heater in return part of the sump where the water level drops. I only did it because it was the best fit. Never making that mistake again!

Now I have 2 smaller heaters. One is set on a lower temperature than the other, so if one fails the other will heat the tank. I do plan on adding a temperature controller in the future, just to be safe.

The best heaters are from Eheim IMO. I haven't had them explode even when exposed to air for a short period of time. Don't know how common Eheim is in the US, but would definitely recommend!
M

Paul B said:
I use three heaters on my 125. I have had one malfunction, but never three. Each heater on it's own can't overheat the tank to much and any one heater going bad won't freeze the tank. Heaters are cheap.
Click to expand...

@Paul B this is a great idea. How did you size your heaters? For your 125 did you figure 50G for each heater?

Tell us about how you mitigate the chances of heater failure and tank loss
Click to expand...

Live in Florida, no heater required

Eheim Heaters are my favorite.

Set and forget, with a controller I will always put it around 82/83 so it never glitches.


I've never had any heater problems with EHeim, except once out of the box it didn't work. Using one I had from 2016. still works.
T

I will never run a heater without an Inkbird controller (or similar) as a failsafe. Never had one fail on, and I would like to avoid it.

I did have a period of time where one heater wasn't big enough, and my tank temp dropped into the 60s (very cold room) while waiting for the other to come in the mail. Nothing seemed to mind very much, oddly enough.

I use 2 slightly under rated titanium heaters on an InkBird controller on the reef tank. Thanks for the reminder. Time to replace the probe just because.

Oddly enough, with all of the heaters i've used I've only had one malfunction. Leak? I had condensation and corrosion inside the glass with no stray voltage. The heater still worked. I guess I caught it in time. I try to remember to replace all of my heaters within a year or two.

2 finnex on a Ranco.

Any heater with a ranco
A

I use orlushy heaters with inkbird temperature controllers on all my tanks.

I use two heaters in different locations, One in the tank and one in the sump. Both are on the APEX system with there own controllers. I replace the Fennix heating elements every other year for each one, causing a rotation of a new one each year. I avoid heater issues that way.

Back in 1970, I had a spectacular heater explosion on my freshwater tank. It taught me to replace heaters early. When I started Saltwater in 1974, I just followed the same practice.

I feel like this is one of those questions where you respond with a 'no,' and two weeks later you've got coral soup lol.

So, this post is funny to me as I have just had heater issues... It would be working fine and then I'd have to stick my hand in the tank for something and the water would be cold... The heater would be off....
I ordered a replacement, it isn't near as powerful as the last one and it seems I'm inbetween a rock and a hard place with it...