A move to the east coast and then back to Texas has left me without a saltwater tank for about 2 years. I setup this 75 gallon up once I got moved into my house in Florida and ultimately it became a poorly managed planted freshwater tank. I drilled it an installed a threejole glass holes overflow. I think he has gone out of business, unfortunately. 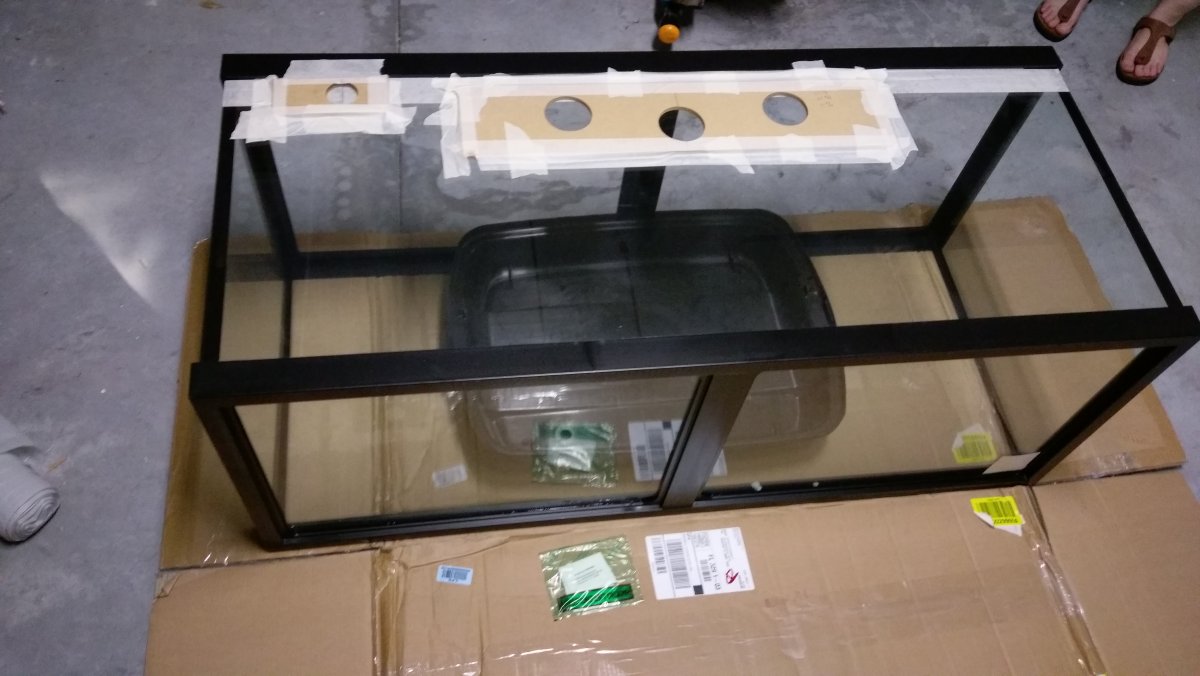 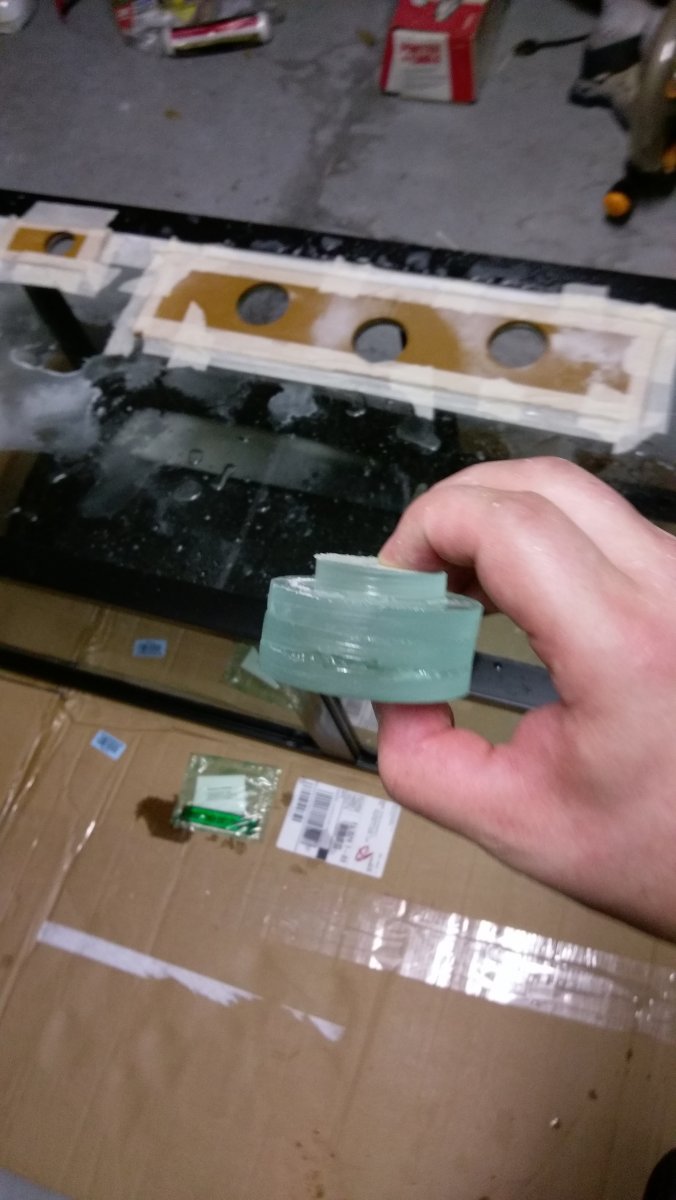 Reef2reef had the sizzling summer sale and ordered 100lbs of live rock and other items during when liveaquaria offered 20% off.
Its caribsea's moani dry rock, and it was a pretty good deal at 20% off. Came in good manageable sizes with out too much rubble and wasn't terrible dirty either. A couple of pieces had obviously been cut up, and I'm pretty sure this stuff is exactly the same as BRS reef saver or Marco rocks. Its in a brute trash can cycling away 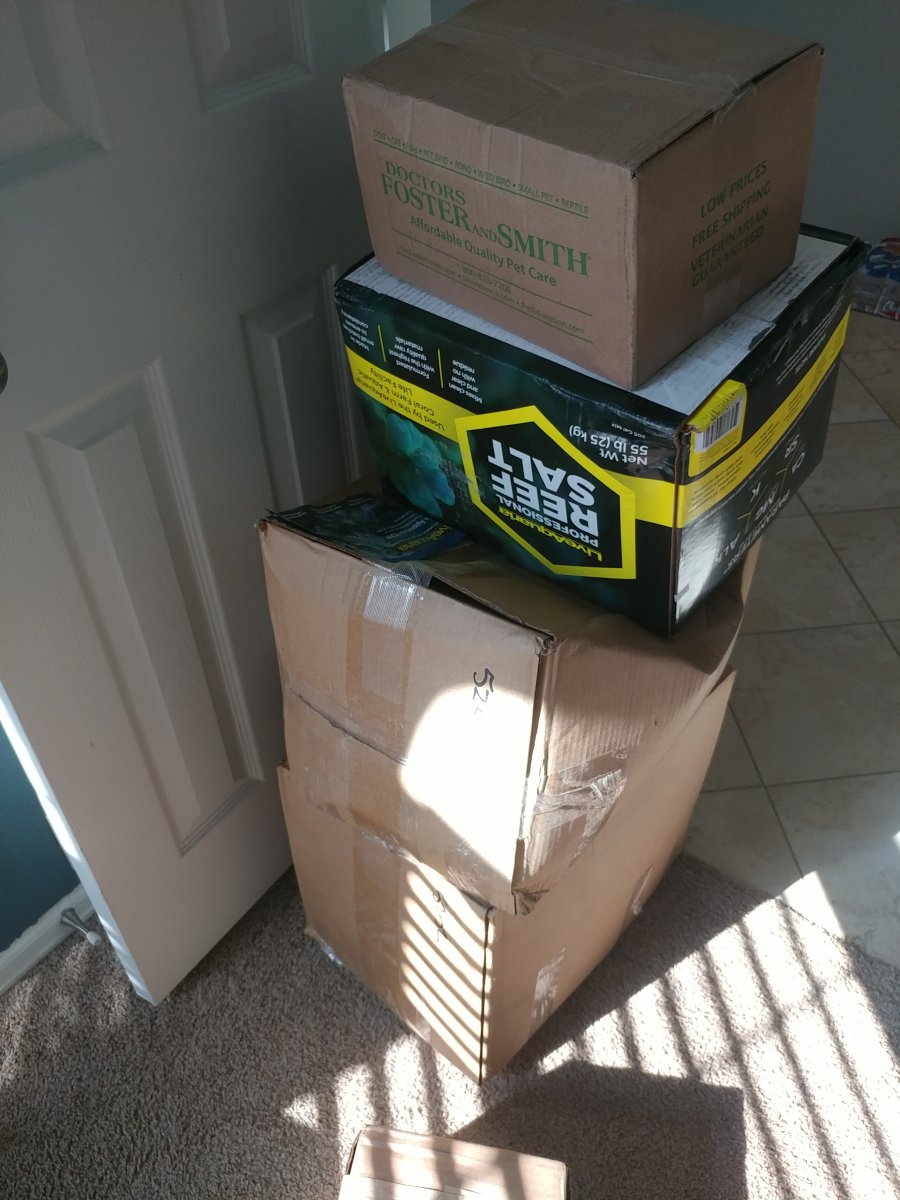 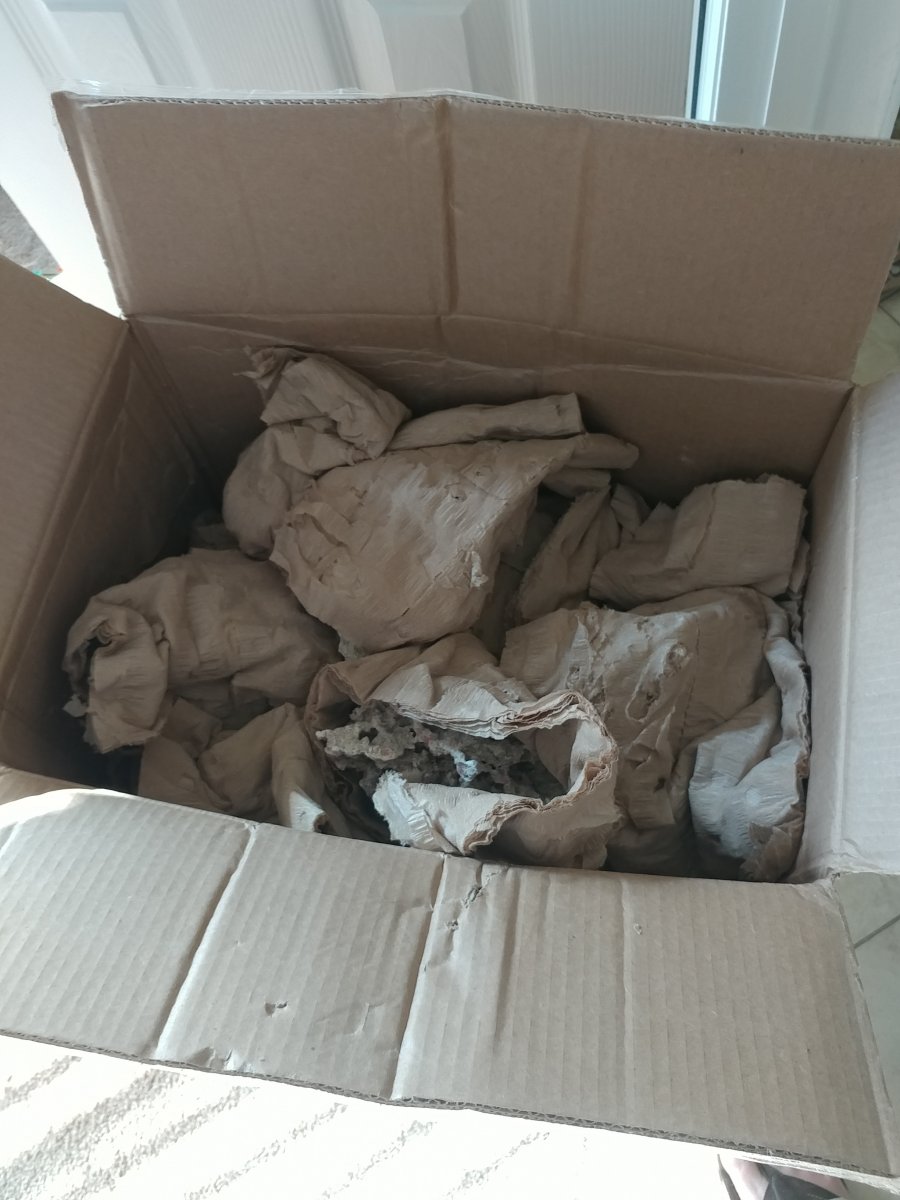 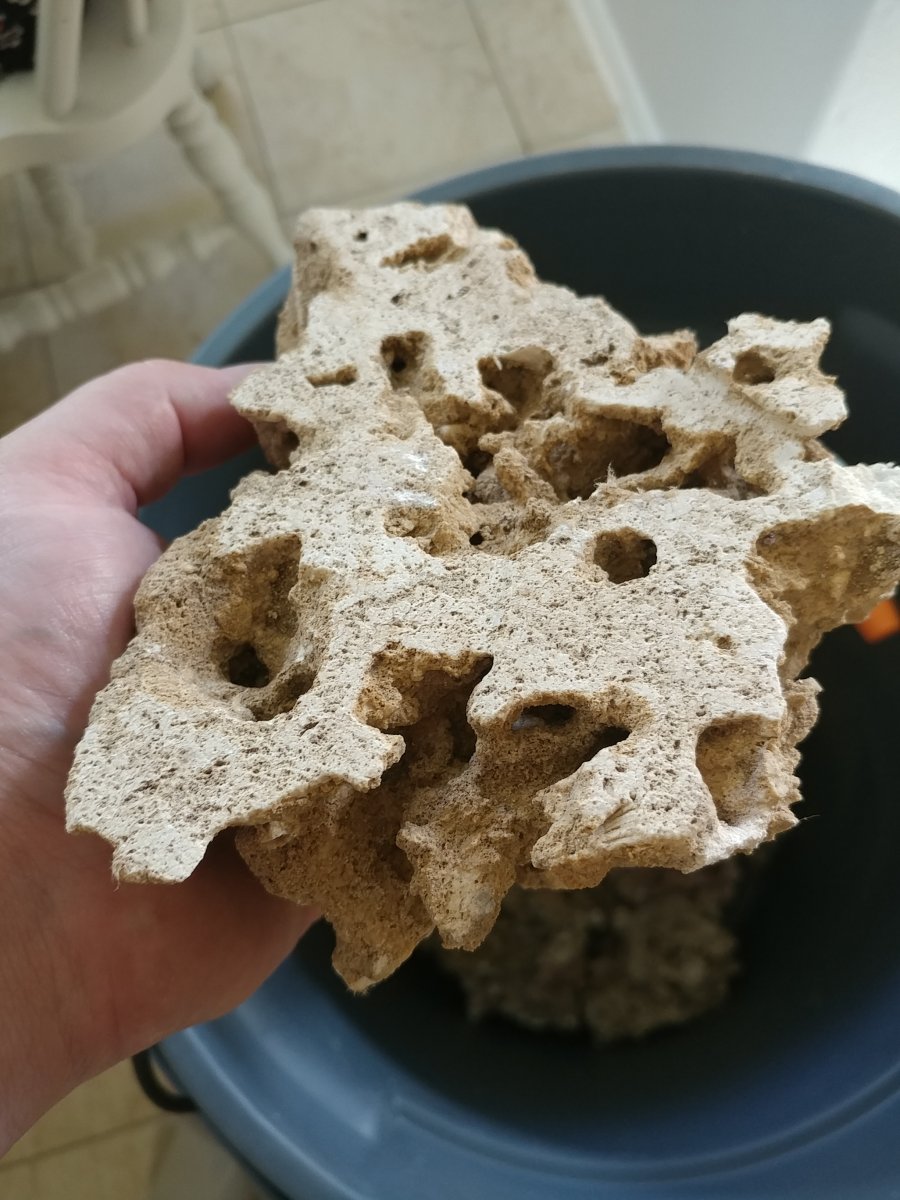 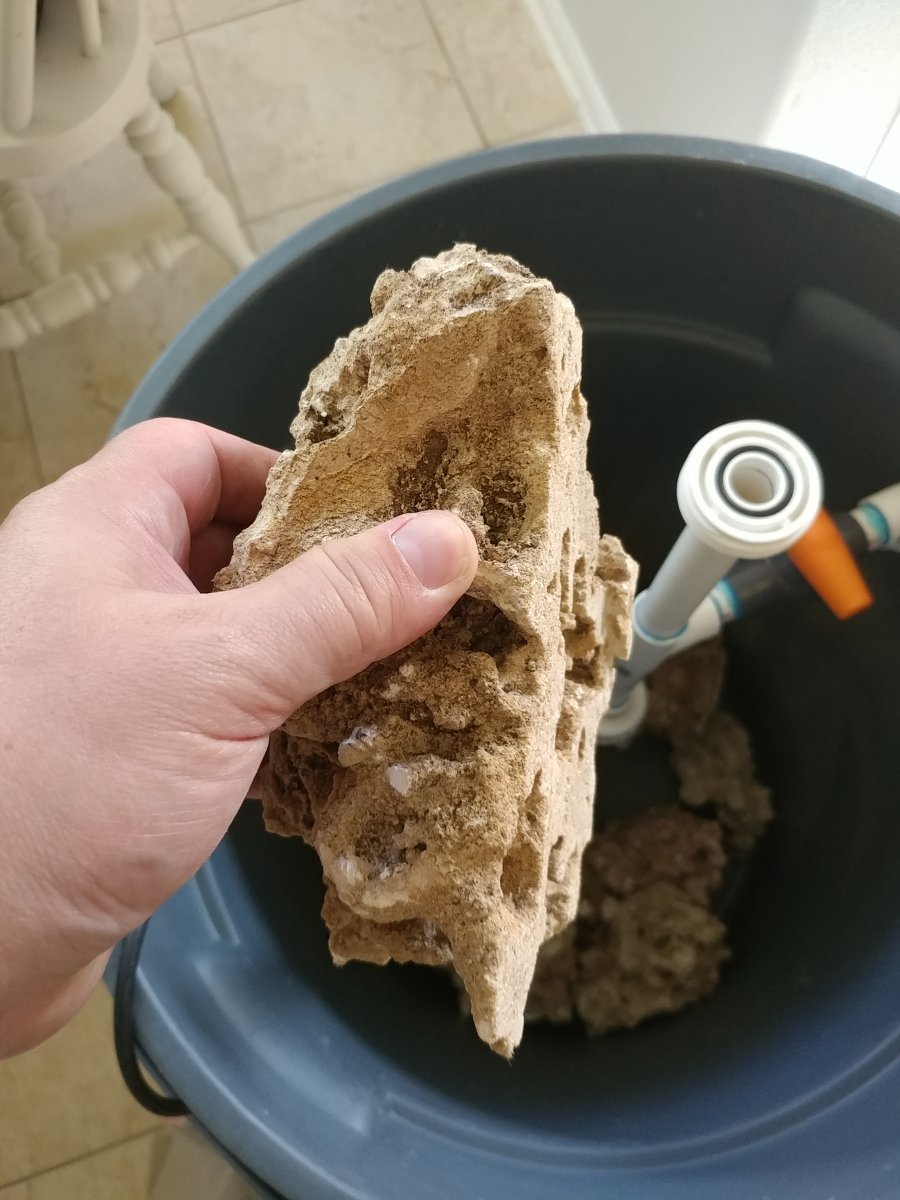 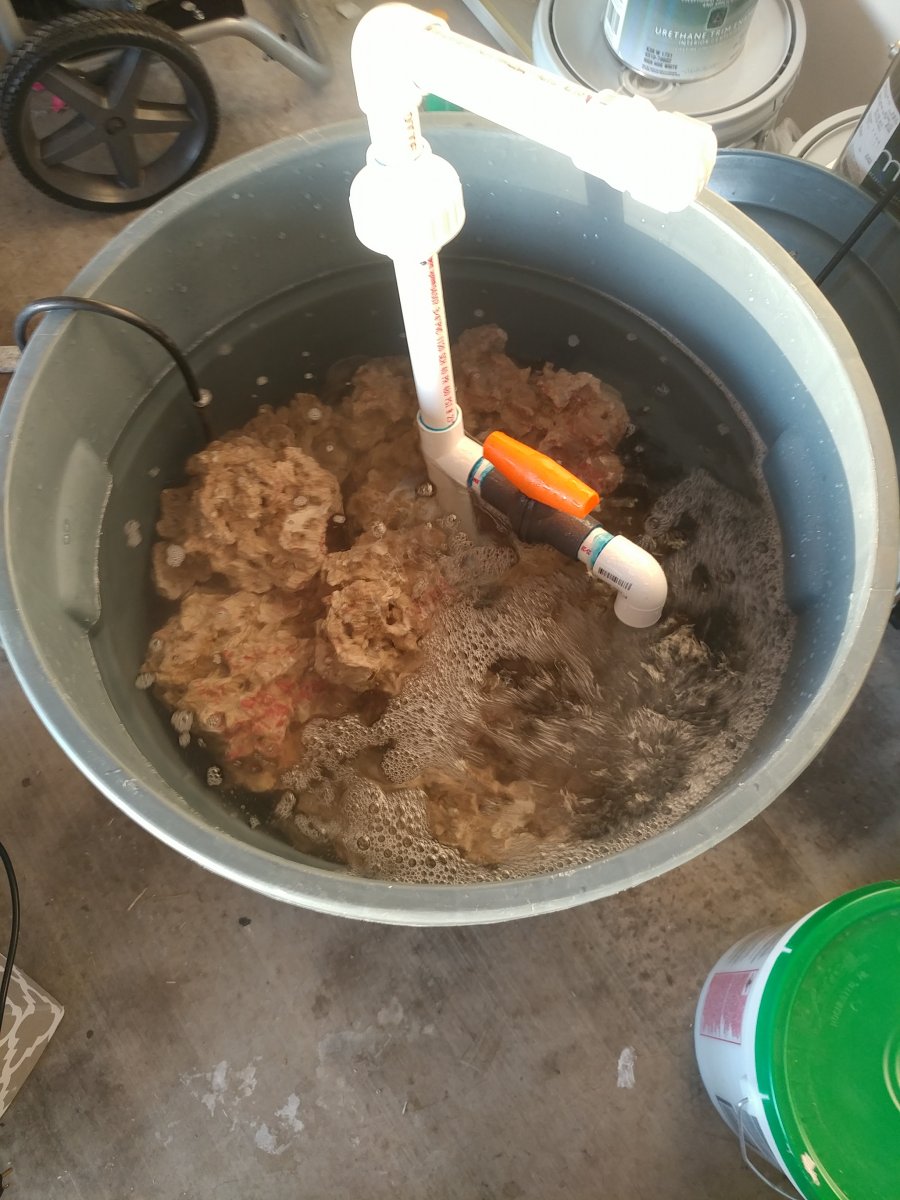 Had to get a new RO unit while I was at it. Decided to get a boosted 150gpd unit and I consider myself spoiled now. It pushes out water incredibly fast and I no longer have to worry about being able to get enough water output. 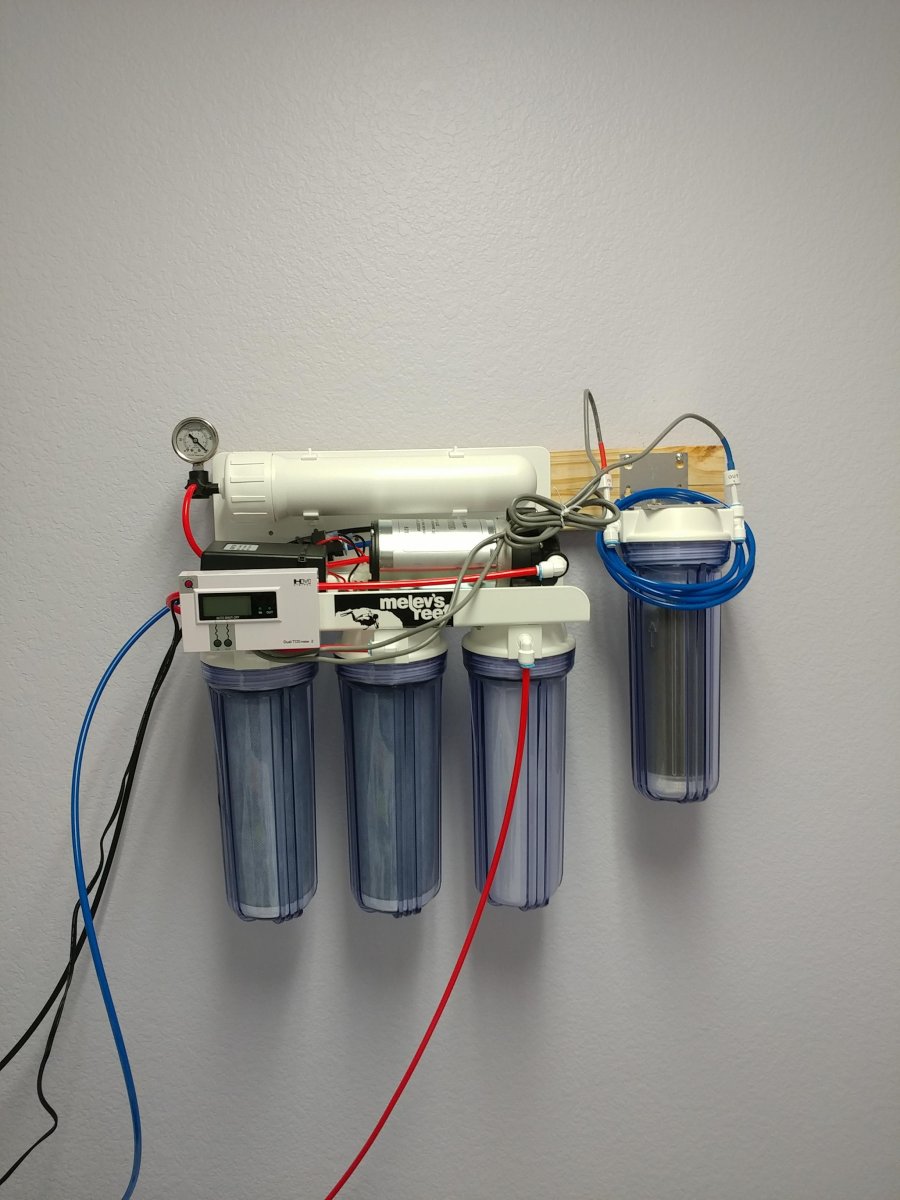 The stand is sound but was poorly painted by me the first time around. I figured it would be a good time to refinish it and the little electrical cabinet I built to hand next to it. 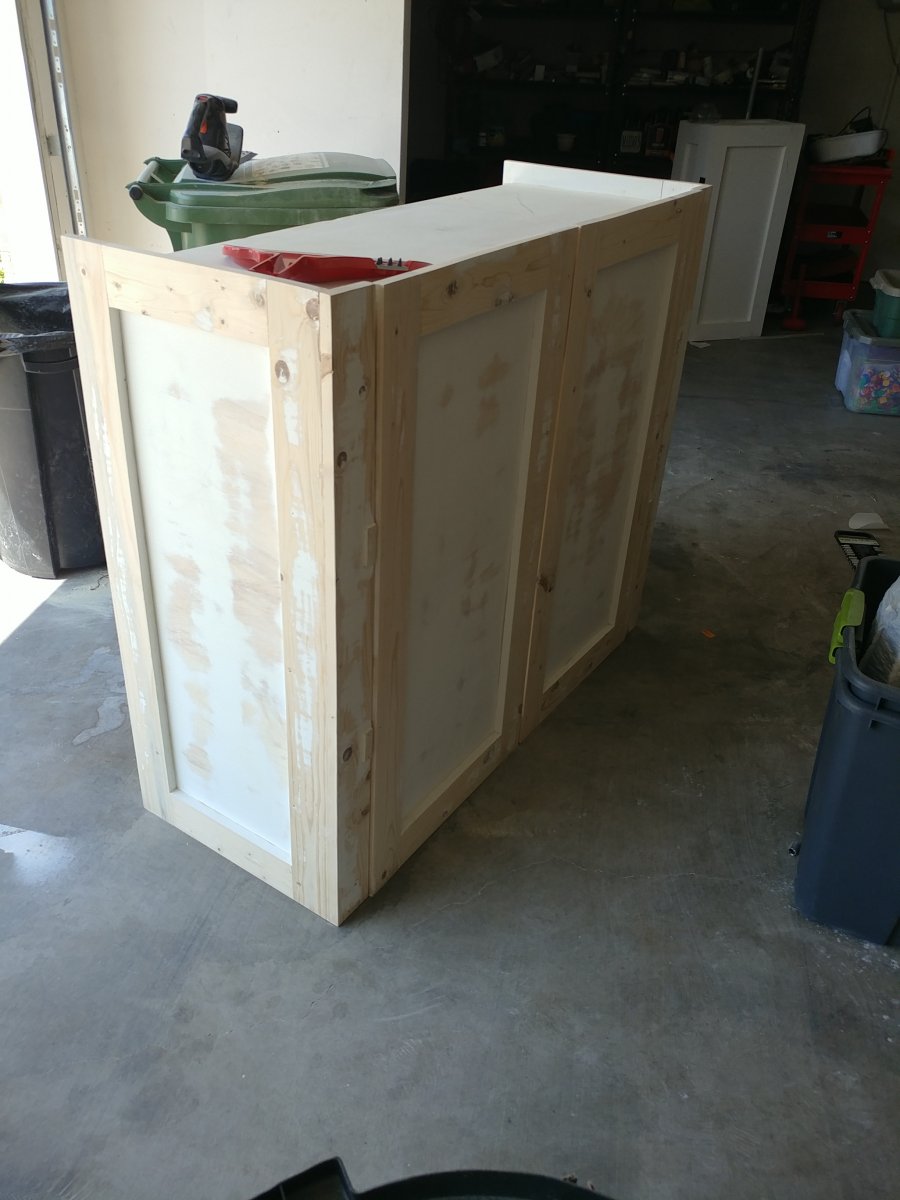 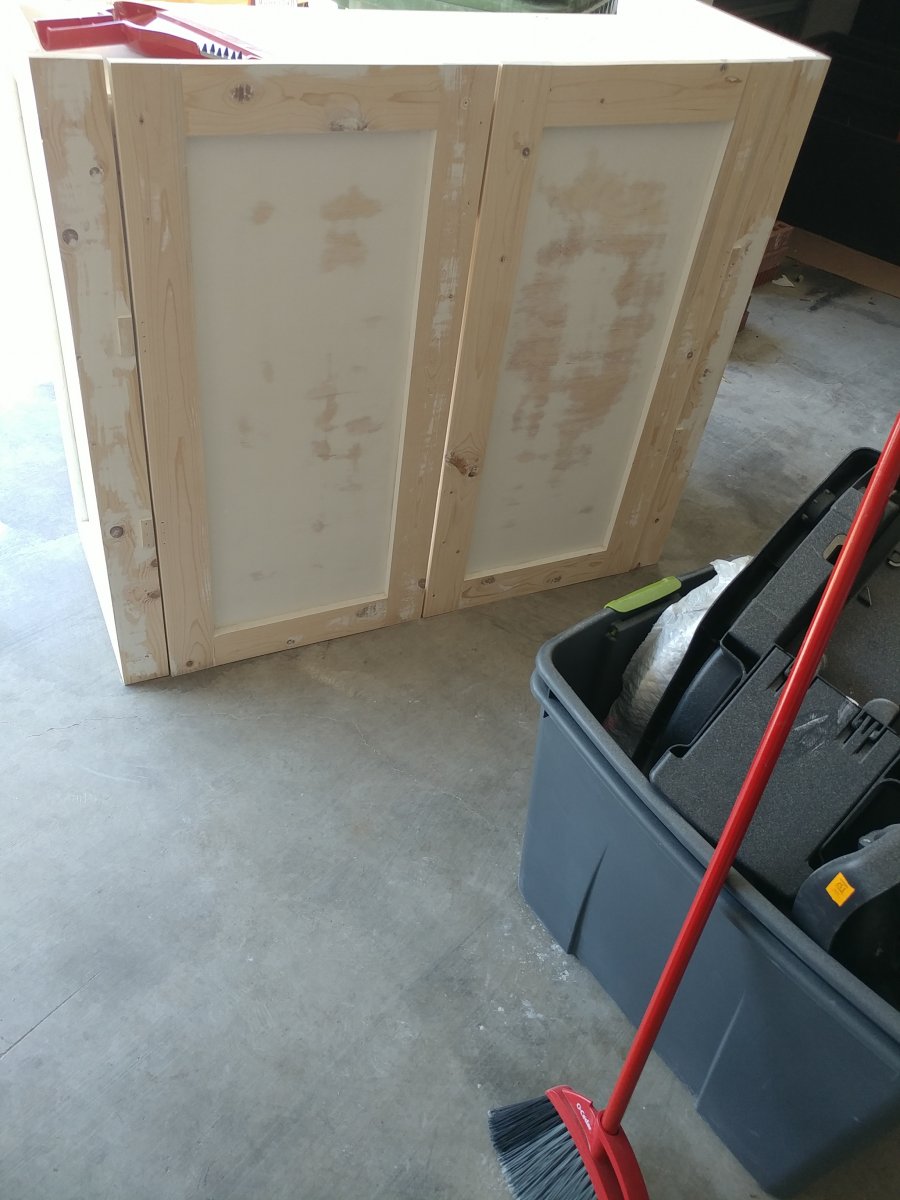 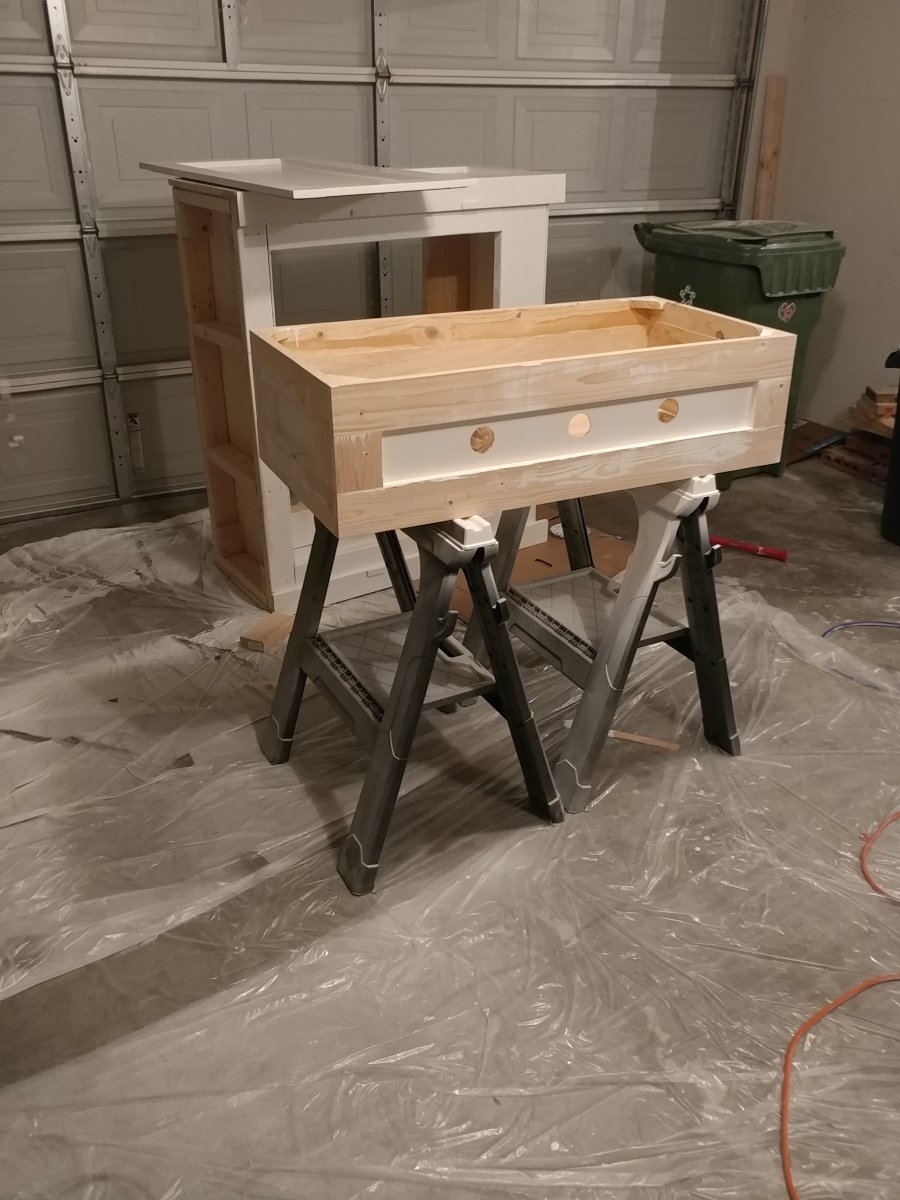 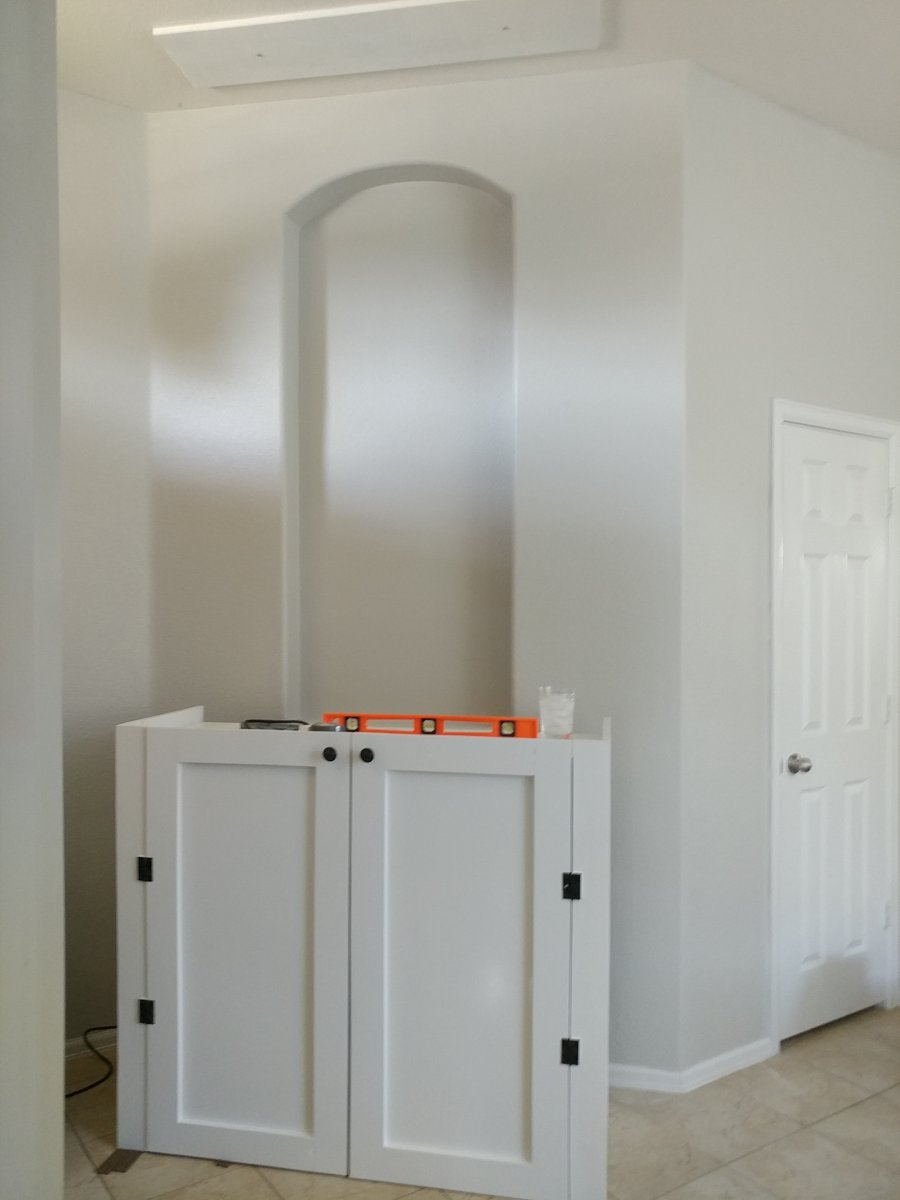 I also have a QT system now. Its in a closet, and I had to drop power to it, but I think this will totally be worth it. I've never quarantined any of my fish, and if I'm being honest, I've been rather poor about dipping and observing new coral additions in the past. That will change with this tank. Now that I have this completed, fish will be in the house in a couple of weeks. I have some copper power, general cure, etc for the upcoming additions. I haven't quite nailed down what the stocking list will be though. 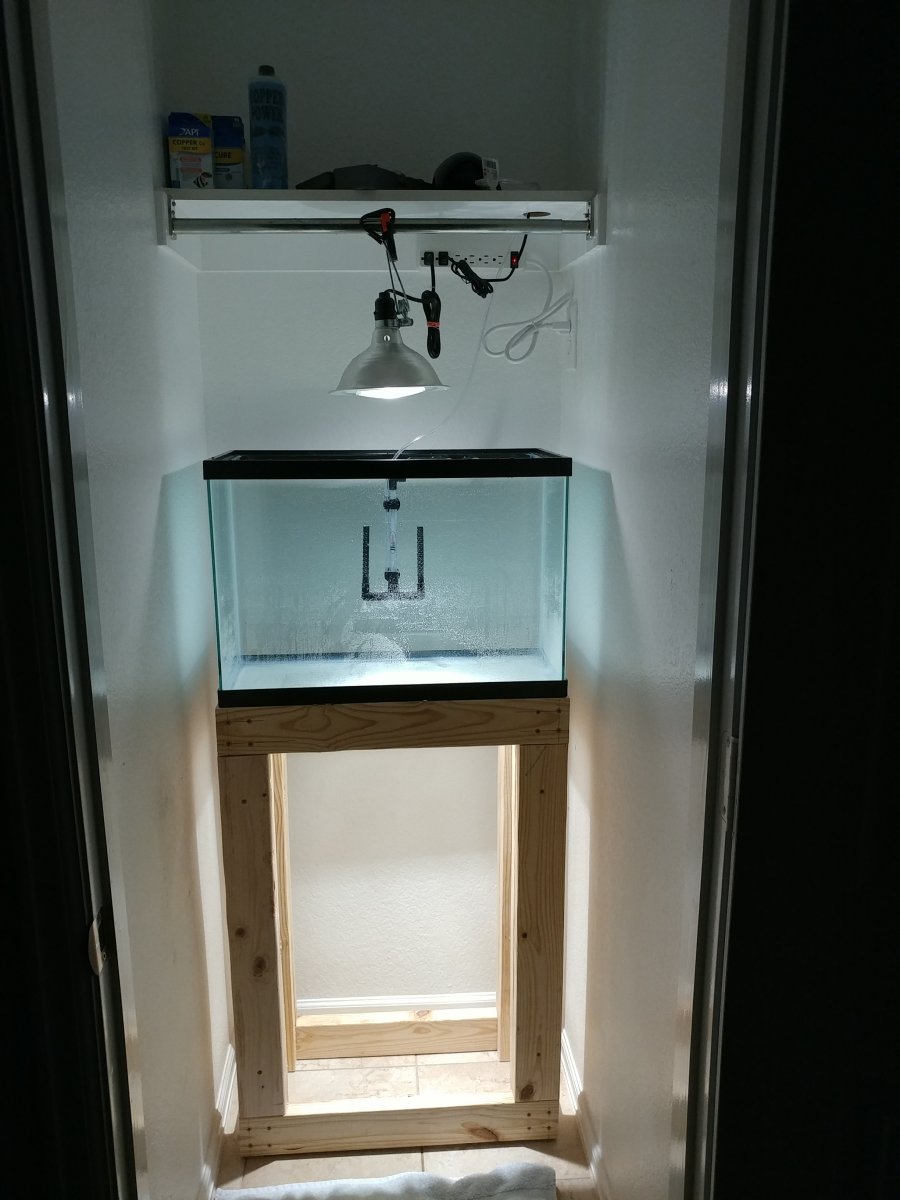 And finally, I had an issue with letting ammonia go past 5 ppm per the test kit I have. The two raw shrimp I added was an uncontrolled method of introducing ammonia and obviously too much. I had to do a large water change on the trash can and introduce more bacteria to get it to start up. For two weeks it did practically nothing.

Time for a leak test! 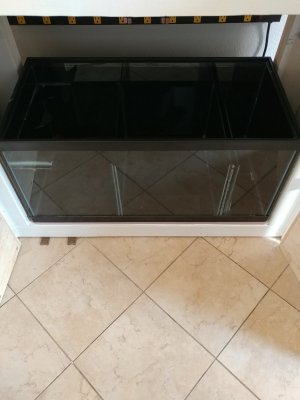 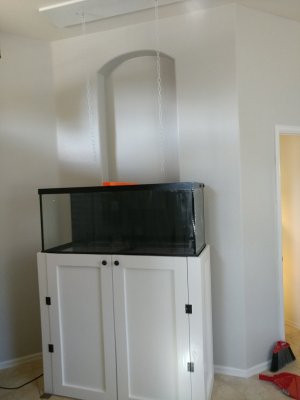 Nice build. looks like you have a booster pump on that if i'm not mistaken? 75gpd is painfully slow lol.
OP
H

Yea, it has a booster pump. Not sure I needed it because I get 60 psi most of the time. It certainly doesn't hurt though!

Heathd said:
Yea, it has a booster pump. Not sure I needed it because I get 60 psi most of the time. It certainly doesn't hurt though!
Click to expand...

I have ~55psi right before my OR unit with 4 month old pre filters... I didnt go for the 150GPD because i dont want to spend the money on a booster pump. Have you tried running without the booster?
OP
H

ReefLab said:
I have ~55psi right before my OR unit with 4 month old pre filters... I didnt go for the 150GPD because i dont want to spend the money on a booster pump. Have you tried running without the booster?
Click to expand...

Yea and as far as I can tell it makes no difference in output. I can time it tomorrow and let you know for sure
OP
H

Got the aquarium leak checked and hooked up the majority of my equipment. Adding salt now. 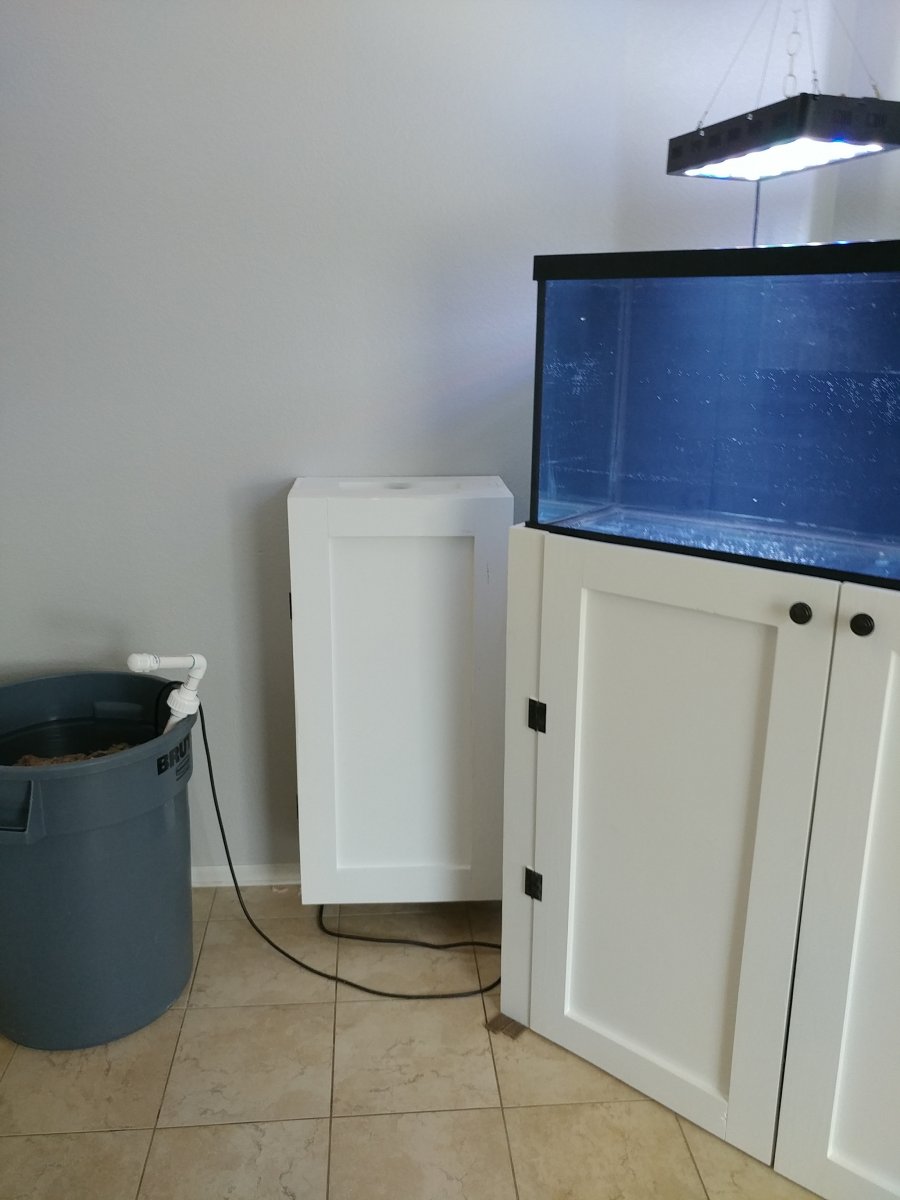 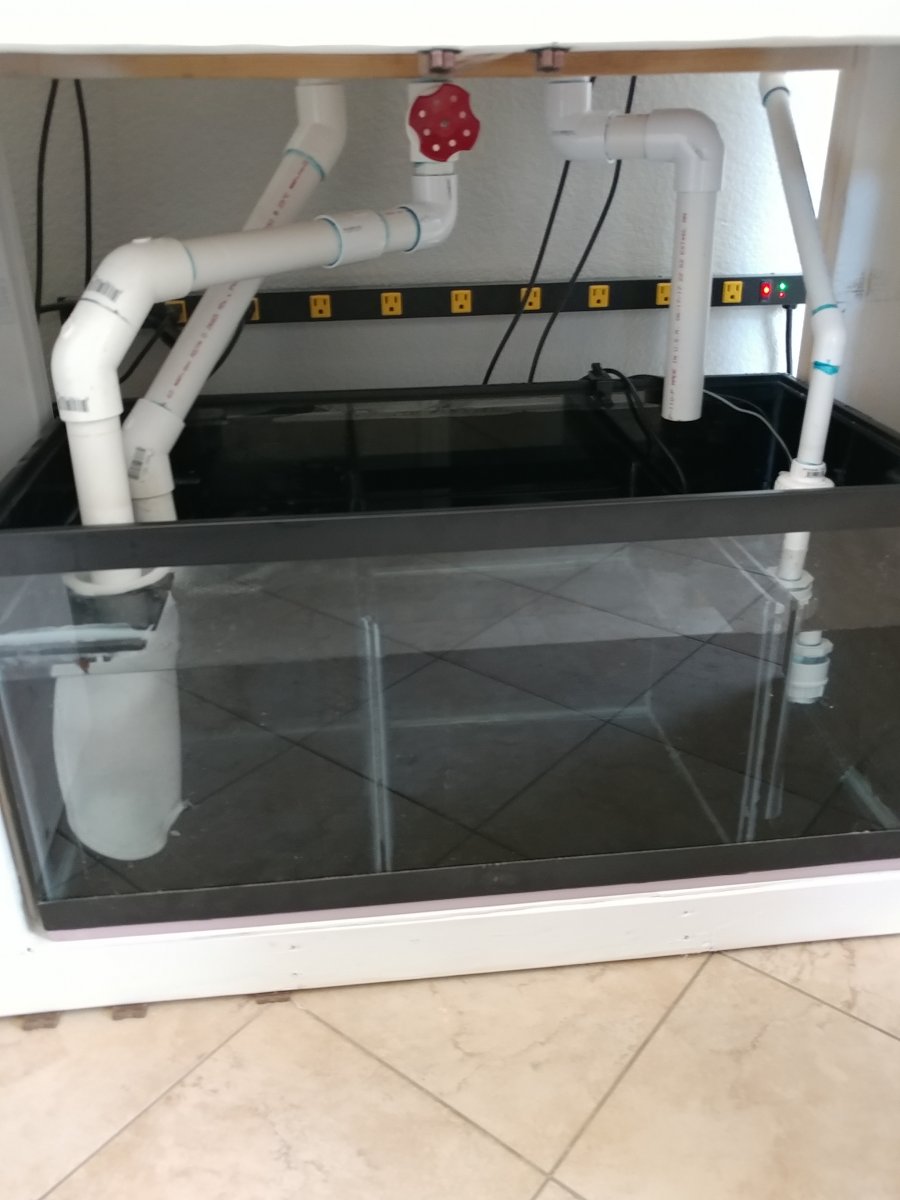 This is my little electrical cabinet. I've seen much nicer stuff posted on here, but this gets the job done I think. I could also probably do a better job of organizing all the wiring. I need to add a pH probe to the Apex. My old one dried out and went bad during the move. 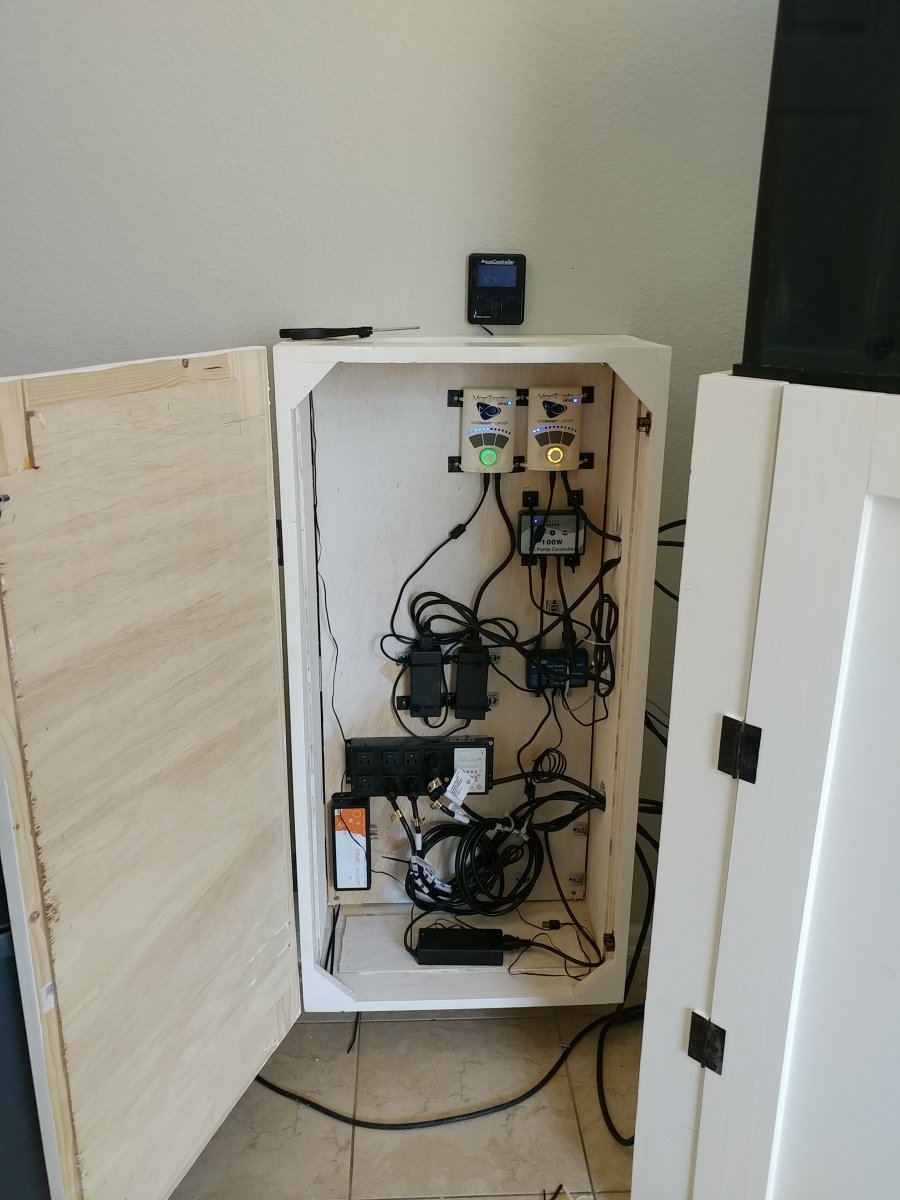 I had to cut down this giant mirror before I could run the osmolator power and top off line through the wall. Its a 20 gallon brute trash can. I was lucky enough to have my aquarium on the external garage wall. I will be running my auto water change lines to the garage as well, where the mixed saltwater will be store.... but I will have to do that another day. 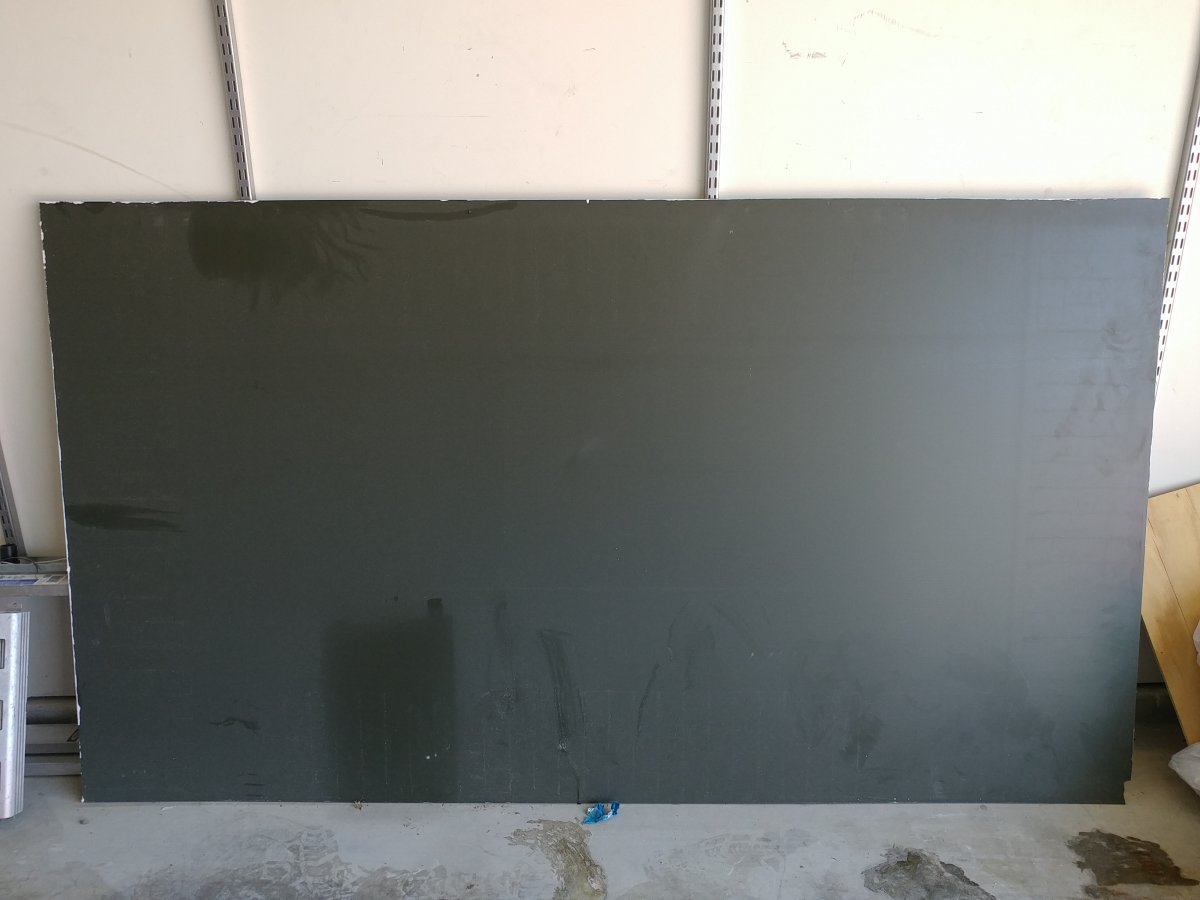 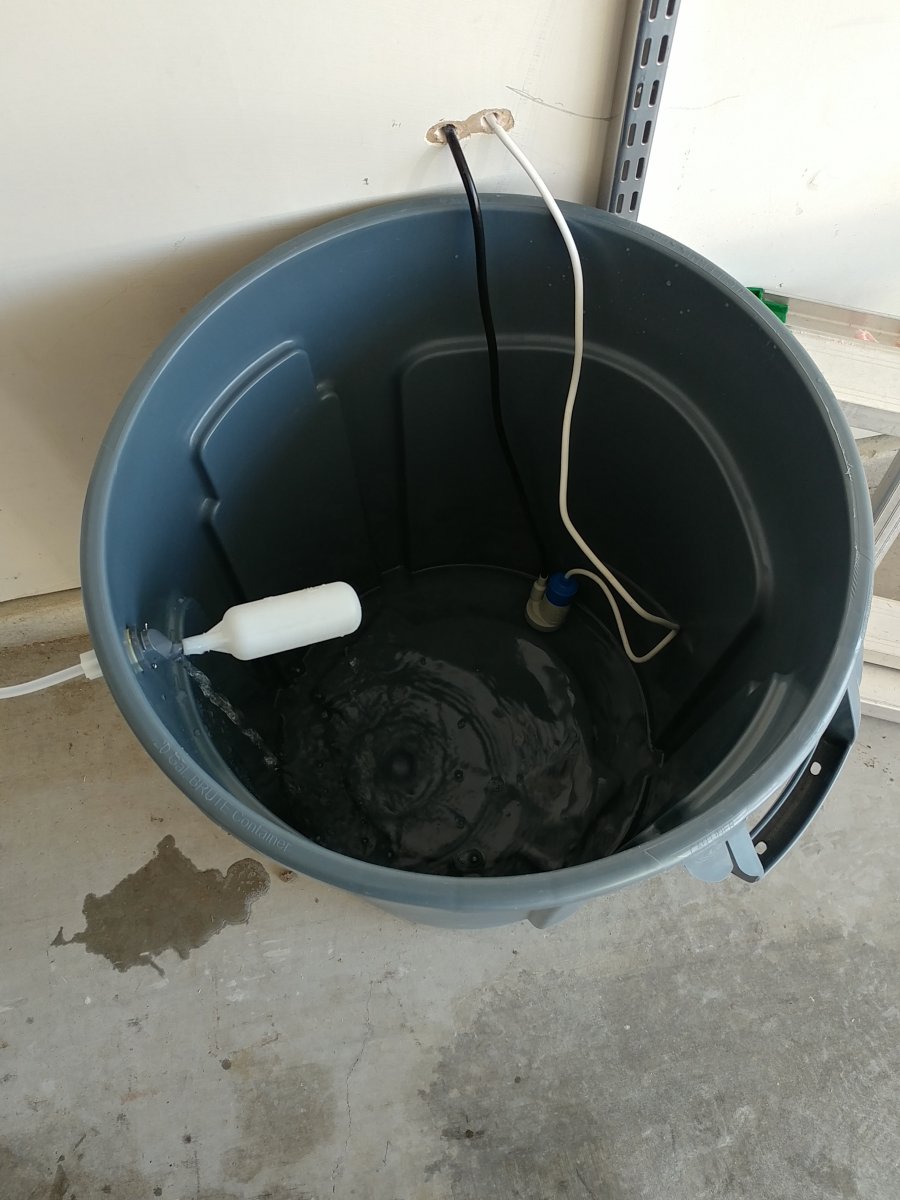 And now I have some fish in QT. Currently ramping up copper over the next 4 days with the goal of 2ppm. Added a cheapo powerhead. I was afraid the sponge filter wouldn't provide enough gas exchange. I'll be treating for internal parasites in the next few days. 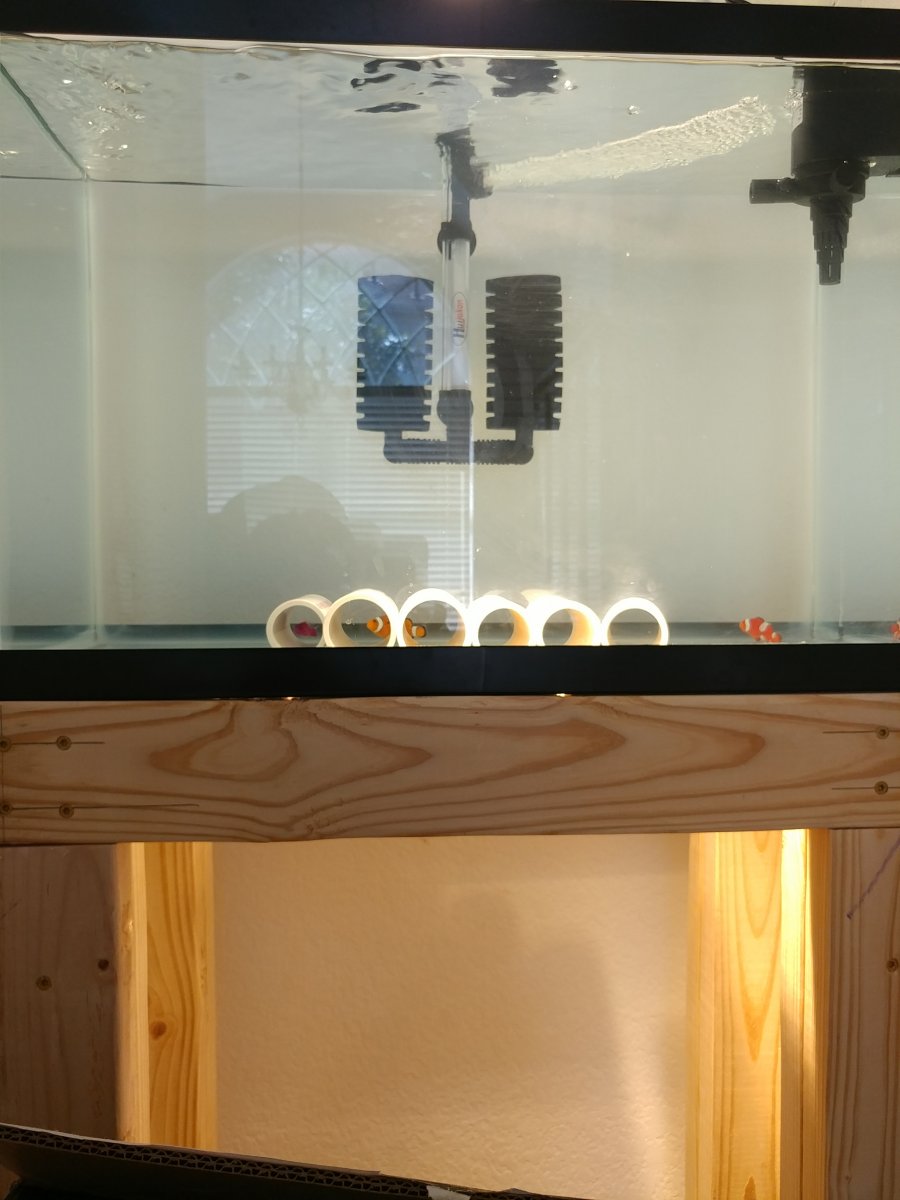 Played with some rocks tonight. I ordered about 25lbs too much I think, but thats OK. 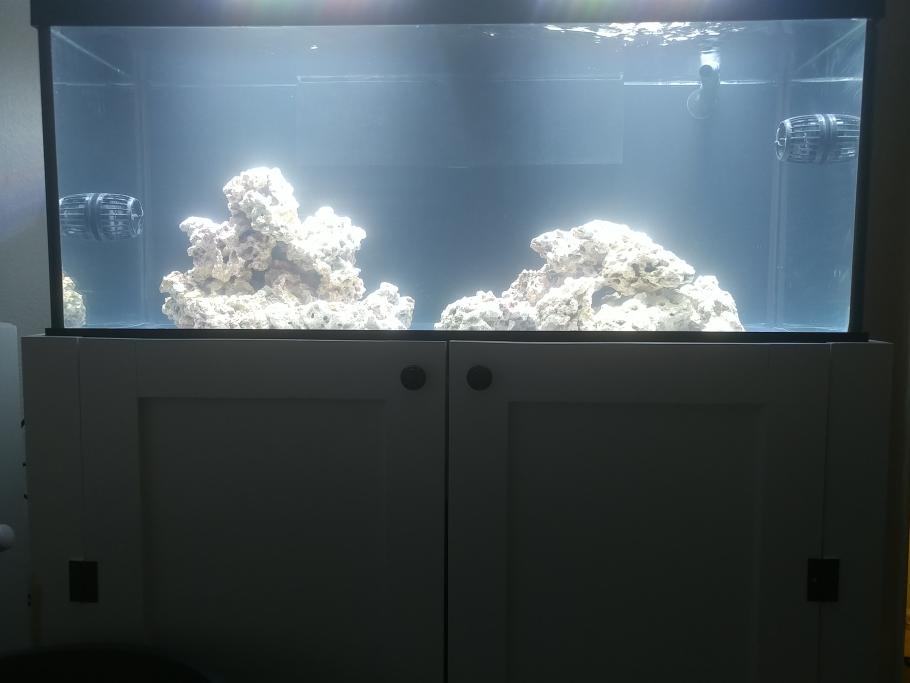 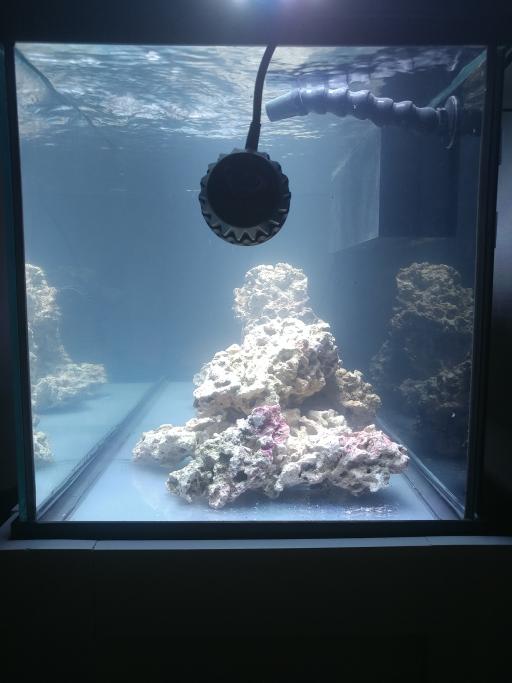 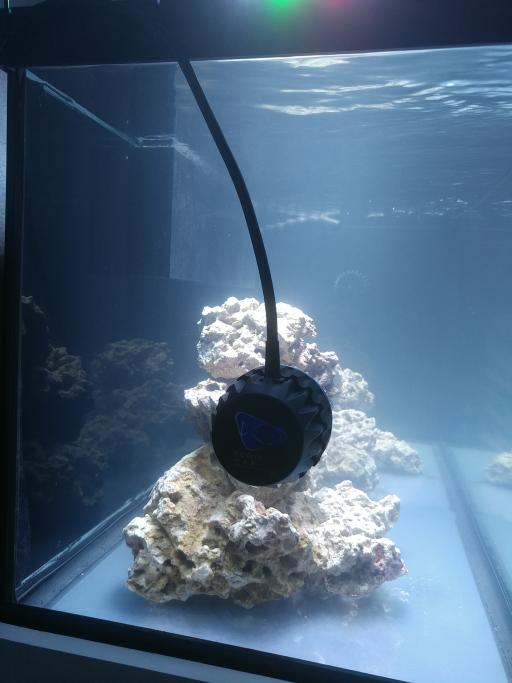 Not a whole lot to update. The dotty developed an infection on its tail in QT and never recovered despite antibiotics. Both clowns did great and were moved to the main aquarium, but one of them got sucked down the overflow and that somehow put a big gash in his side... which killed him.

Grabbed an old router and put a new firmware on it from ddwrt so that I can use it as wireless bridge for the Apex. Didn't really feel like dropping a new ethernet line. 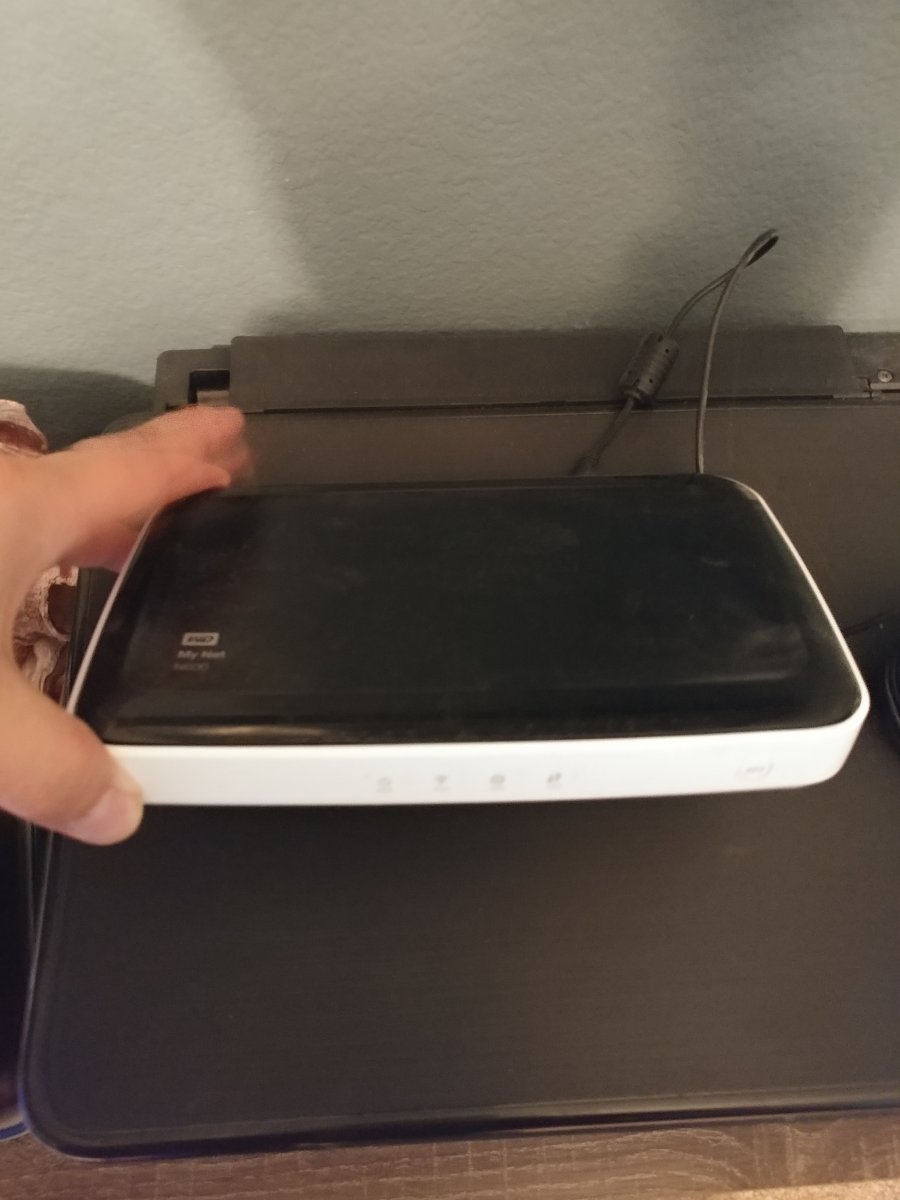 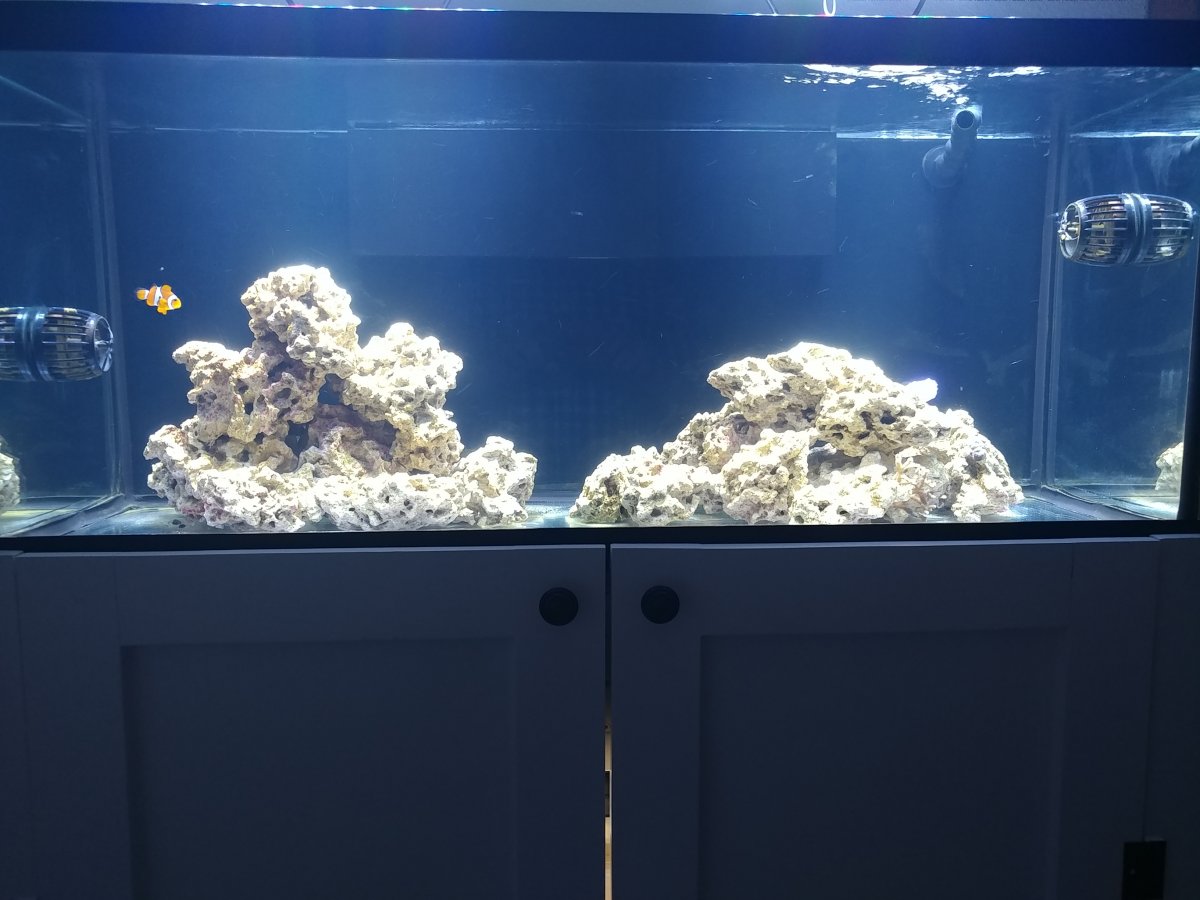 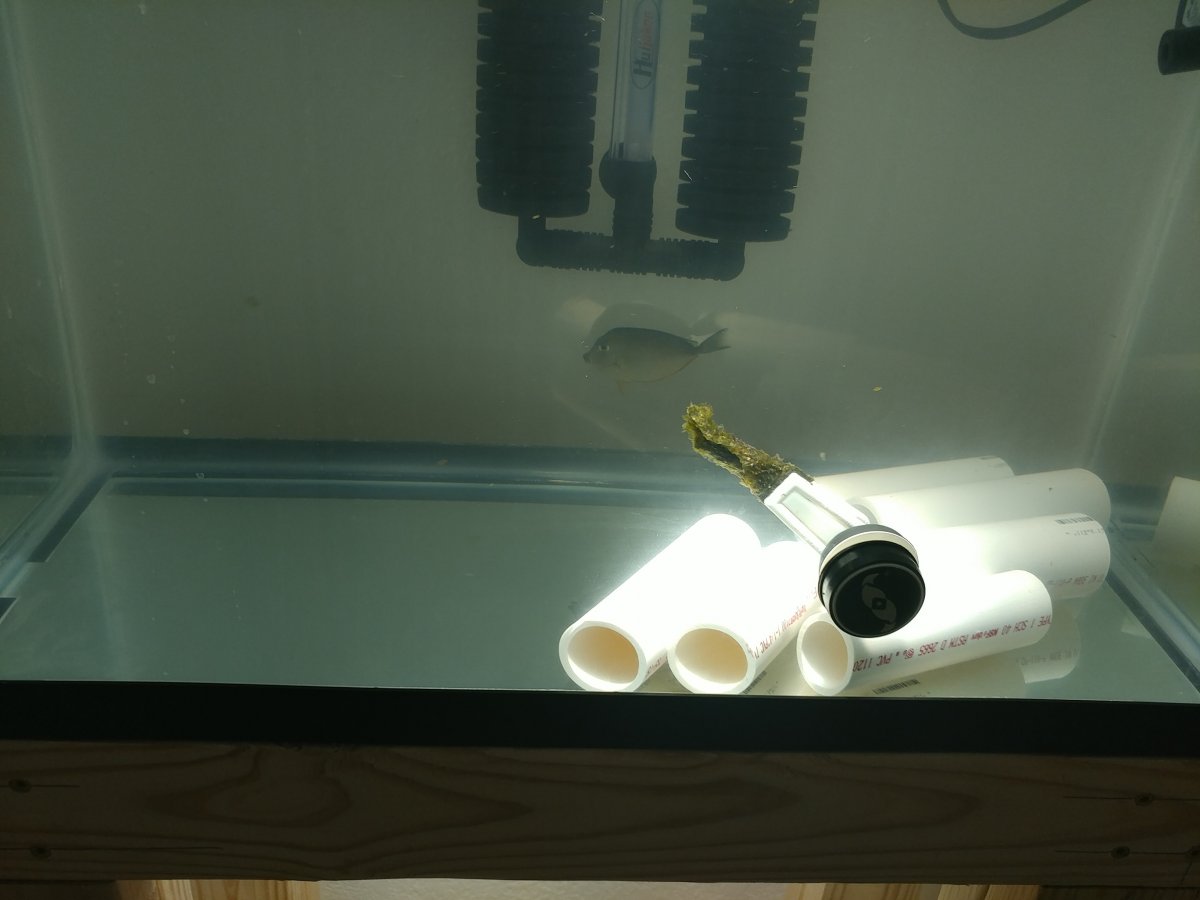 I currently have a Naso and Tomini in QT and both are eating and doing well.