am3gross said:
Some questions for you. 1st, thanks for the pictures of the UV. You talk about your bout with parasites,

Did you have the UV set up at the time or was it a later addition?
How do you find your pod population? Does the UZ wipe them out? ( I have a Mandarin Goby and want to make sure he stays fed.)
Do you have a refugium? If so what kind of algae's are you growing? (might be getting ahead of you here, as there has been no mention of this, if its part of your story, and you have not got to that chapter yet, just tell me to be patient, lol)

I am really liking this thread! Keep it up!
Click to expand...

Yeah you’re getting ahead
UV doesn’t actually kill the pods, it just sterilizes them, so that’s not really a concern. People have asked me the same question before.
Regarding parasites, after the first loss I added the sterilizer. The tank had gone through its fallow period so there were no ich/velvet parasites in the tank at that time. The UV is just a safeguard. The tank has been parasite-free, as far as I can detect, since then. I follow a pretty rigorous QT so I’m pretty confident the fishes go in without parasites.

Here’s the refugium part:
Refugium:
The refugium is a true refugium so it’s a place for small animals to live and reproduce, not a chaeto tumbler. It doesn’t grow macro algae except a small clump of rubbery algae. It has a DSB and a few rocks. Right now, a wrasse lives in there because there is no more sand in the DT.

Much of the additives are dosed into this volume, just because it’s easier.
It’s still lit with a red LED but the light is cheap and the diodes are going out. It has about 50% left so I’m thinking of adding one of the spare Radions to light it and grow some corals out in there.

If I could do it again: This is another easy to change tank so there are no regrets. I did a lot of changes through the years to get to this point so I think I’m okay with it. I might have bought a slightly longer tank. 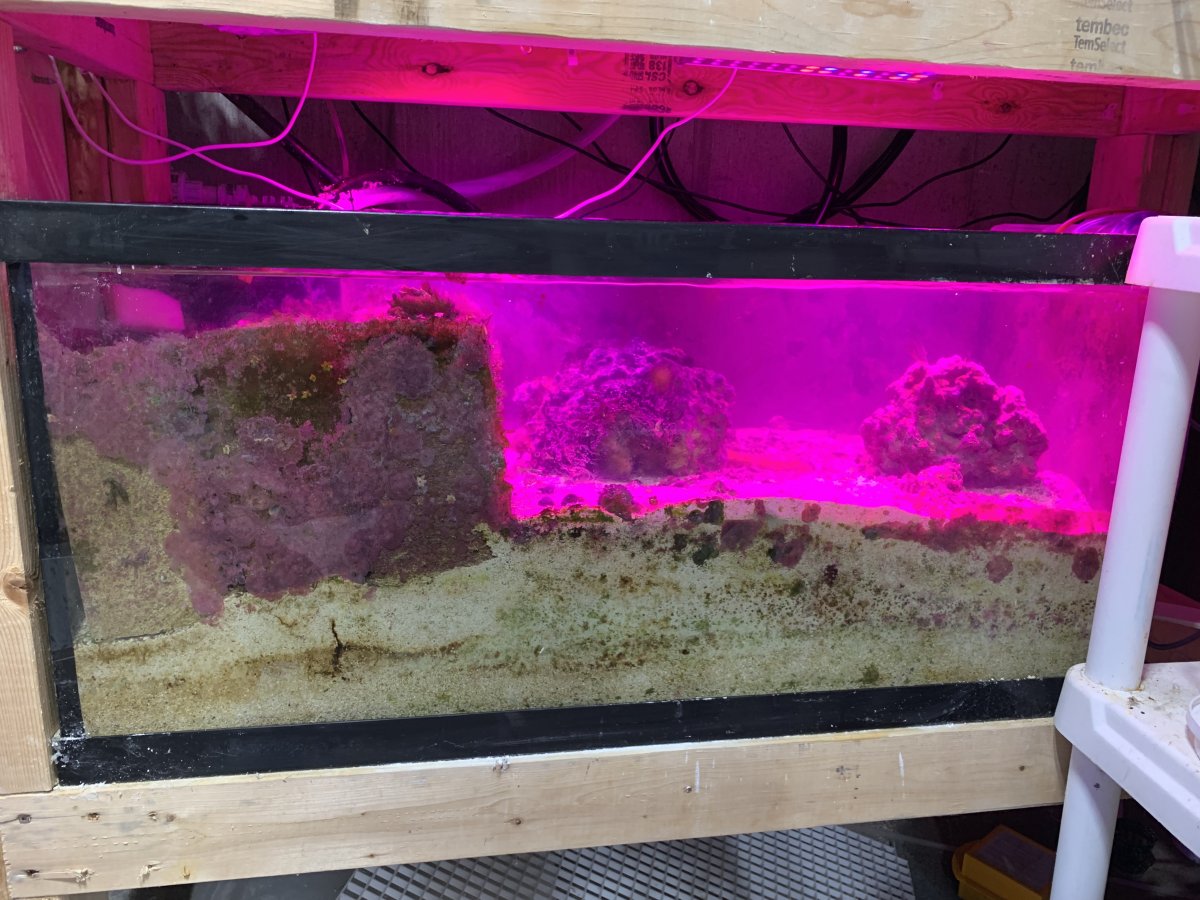 Control:
I use a full Neptune Apex to monitor and control the system. I won’t get to into it too much because I don’t really do much out of the ordinary. It has a Trident to monitor the alkalinity, etc.

I can’t think of anything else to add right now. Here’s my Instagram: https://www.instagram.com/mikes_750gallon_reef/?hl=en
R

How did you dial in the alk dosing. I’m close but number still fluctuate about .15 daily
OP
M

rocket098 said:
How did you dial in the alk dosing. I’m close but number still fluctuate about .15 daily
Click to expand...

It just takes some time. I started off by setting the bubble count and then changed the flow until I got it right. The Apex also keeps it in check.

The frag tank with no reactor, the Apex controls it with controlled dosing. I use All For Reef for that.

This is a thing of beauty. It’s always been a dream to have a mega tank but with a small kid running around and a wife that couldn’t care less about reefs it’s not in the cards anytime soon. Maybe a retirement present to myself?

I’ll be following along on this one. Best of luck!
OP
M

This weekend I got a few corals from Reef Raft here in Canada.
TSA Grape Ape 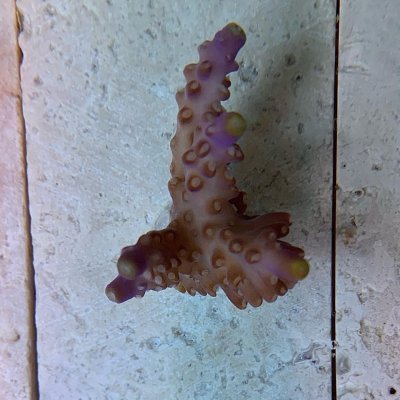 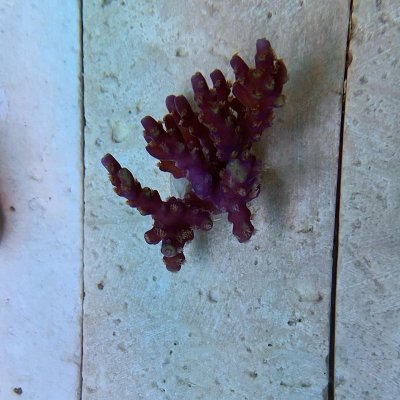 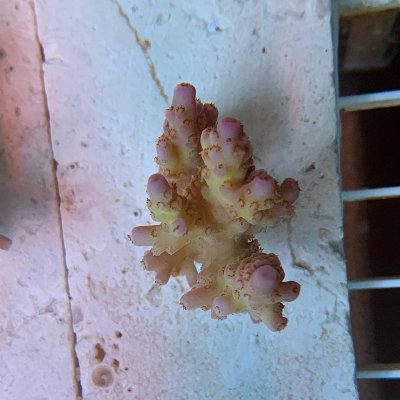 They’re just in the grow out.

mikeintoronto said:
All fishes are given a formalin bath. They then go through 14 days of copper and 14 days of separate observation before I add them to the tank. Certain sensitive species like wrasses are not treated with copper but go through 30 days of observation. Anthias and chromis also get treated with metronidazole for 14 days.
Near the end, all fishes get two doses of prazipro. I can get more into my QT if it’s of interest.
I had a number of issues before I developed my quarantine practice. I lost all of my fishes very early to velvet. Thankfully they were still awaiting transfer to the tank in a big trough so the tank was parasite free, but they were all together.

If I could do it again: I would have developed a better QT system to start. Then again, everything I learned about good QT is due to the losses early on. I also wouldn’t have bothered trying less common anthias species.
Click to expand...

Nice build, i have some questions about your QT system. I tried to pm you but doesn't look like I'm able.

Beautiful system. I just approved the CAD Design for a tank of the same dimensions - just out of Acrylic. Mine is going to be up against a wall. I have the top built to support my fat butt so I can lay across the tank to reach the back of it.

If you are thinking about the Abyzz pumps - Don't hesitate. I run 2 and they are amazing pumps. If you can afford it they are worth the money.

For flow in the tank, try getting a Panta Rhei 63. I have one on my current 560g which is 120x30x36t - It's a peninsula style and it pushes water down one side of the tank and around the otherside. Good flow for 20' of water movement. Again a pricey pump - but it will let you remove alot of the eyesore pumps you were mentioning by only having one larger pump to hide.

Mike, can you send me a DM, I have a question about this build, would be super helpful to be able to ask you. Cheers