Hey everyone, I know that live rock (hitchhikers included) is basically the industry gold standard, but I'm looking at doing a "budget" tank at some point in the future. So, I was wondering if I could get a good amount of high-quality micro diversity in my tank by using (for example) like 10 lbs of live rock to seed the tank while using 65 lbs of dry rock for the bulk of the tank. If so, about how long would it take for the microbiome to establish throughout the tank, and would there be any foreseeable problems with doing things this way?

(P.s. I know this hobby is about patience, and I have no problems with waiting for the tank to seed properly. My goal would be to establish a good microbiome before adding any livestock anyway, so I'm fine if that means I need to wait a few weeks/months for the bacteria colonies to establish throughout the tank.) 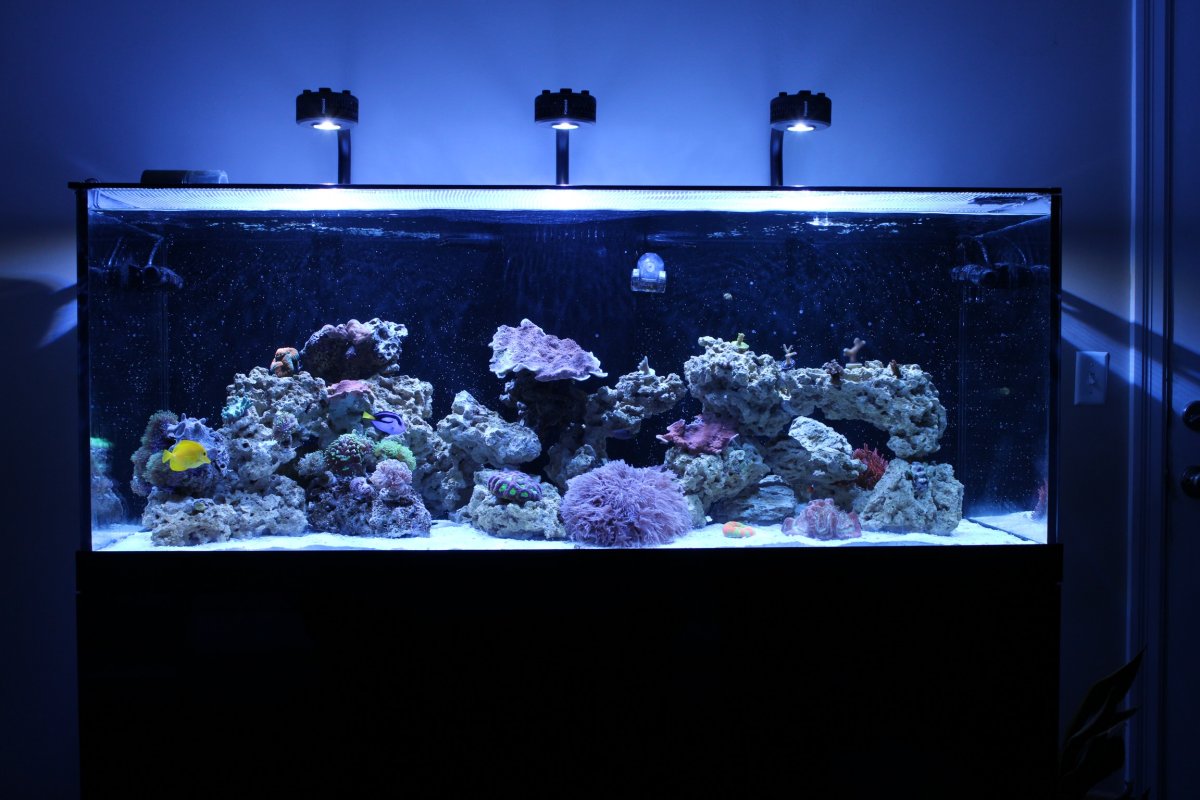 If I don’t use any additives/bacteria to help get the tank ready, would I expect the tank to go through a cycle while the dry rock is getting seeded? If not, how would I know it’s ready for me start adding livestock?

I added all 5 fish from my previous tank after quarantining them for a month. But I would have also been confident adding them day one with the coral.

Good to know - thank you!

As far as I’m concerned, this is the only acceptable way to use dry rock. In my experience (which admittedly is limited, I’ve set up probably 15 or 20 tanks over the years, but only one using dry rock - seeded with live), it takes around a month for the rock to be completely bacterially ‘alive’ (assuming you’re not using any bottled bacteria), and around 6-8 months to be fully colonized by all the microfauna. If you’re using 10lbs of real live rock, you’ll be able to support a couple fish within a few days of setting the tank up. The one major downside to using any dry rock is that it is open real estate for undesirable algae, which is generally faster to colonize new rocks than desirable algae, bacteria, microorganisms, etc. When I started my most recent tank with 25% live rock/75% dry, the dry rock was covered in all kinds of uglies while the live rock was spotless, so that’s something to consider. Personally, I’ll never use dry rock again, mainly for the prolonged ugly phase and because for me the microfauna and hitchhikers are half of what makes reef tanks interesting. IMO even though you get some microfauna with seeding with live rock, if you use all live rock you generally end up with more diversity (ie not every rock has the same organisms, the more live rock you have, the greater the biodiversity).
OP

I completely agree that the biodiversity adds a lot to a tank, hence why I’m thinking I’ll try seeding the tank with some live rock when I finally get around to this build - better to have some biodiversity than none. If my planned budget for this tank were a bit larger though, I would definitely do all live rock.

S
Premium be base live rock