My Halichoeres iridis, the Radiant wrasse

This thread makes me both happy and sad.

It have been 6-7 weeks since I got my Radiant wrasse. She is doing very well in my tank. Eating well, active and is changing. I am not sure if she become male or just more mature. Certainly the markings are more prominent and more color, much darker. This maybe due to her been healthier. Facial marking are brighter and fins color are coming in.
12/24/2020 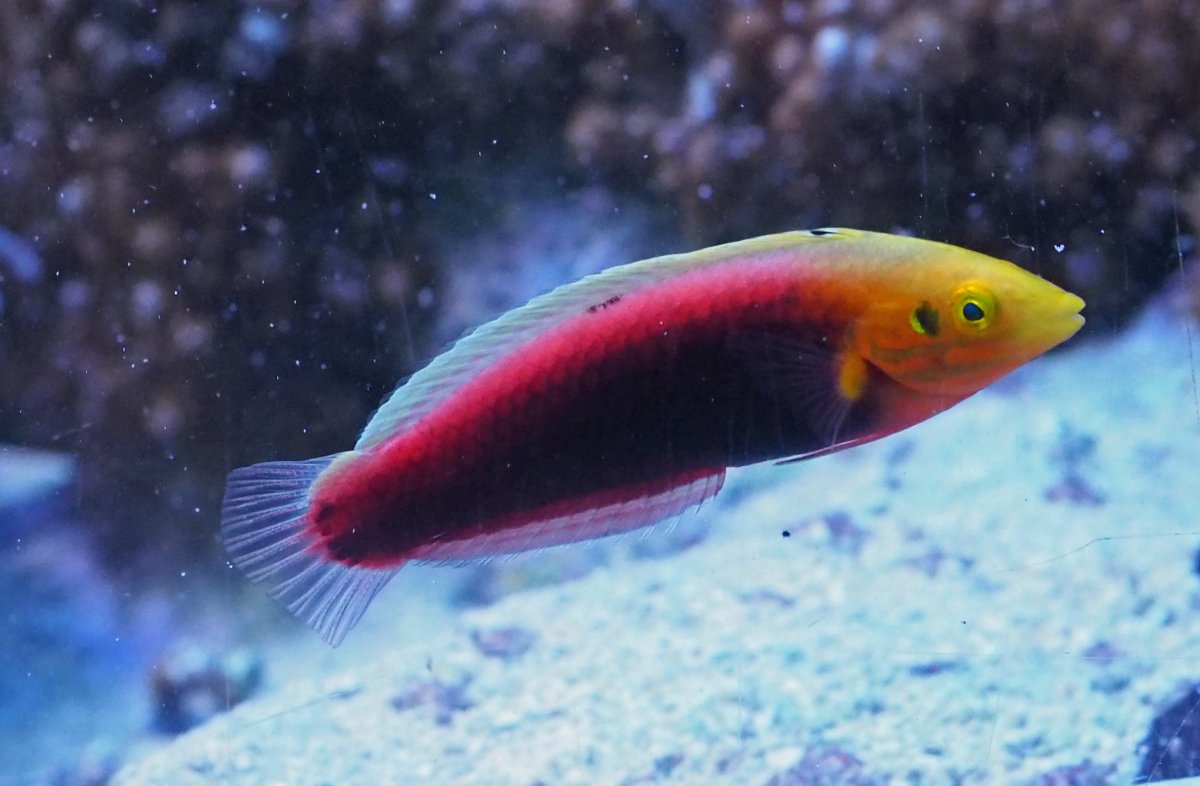 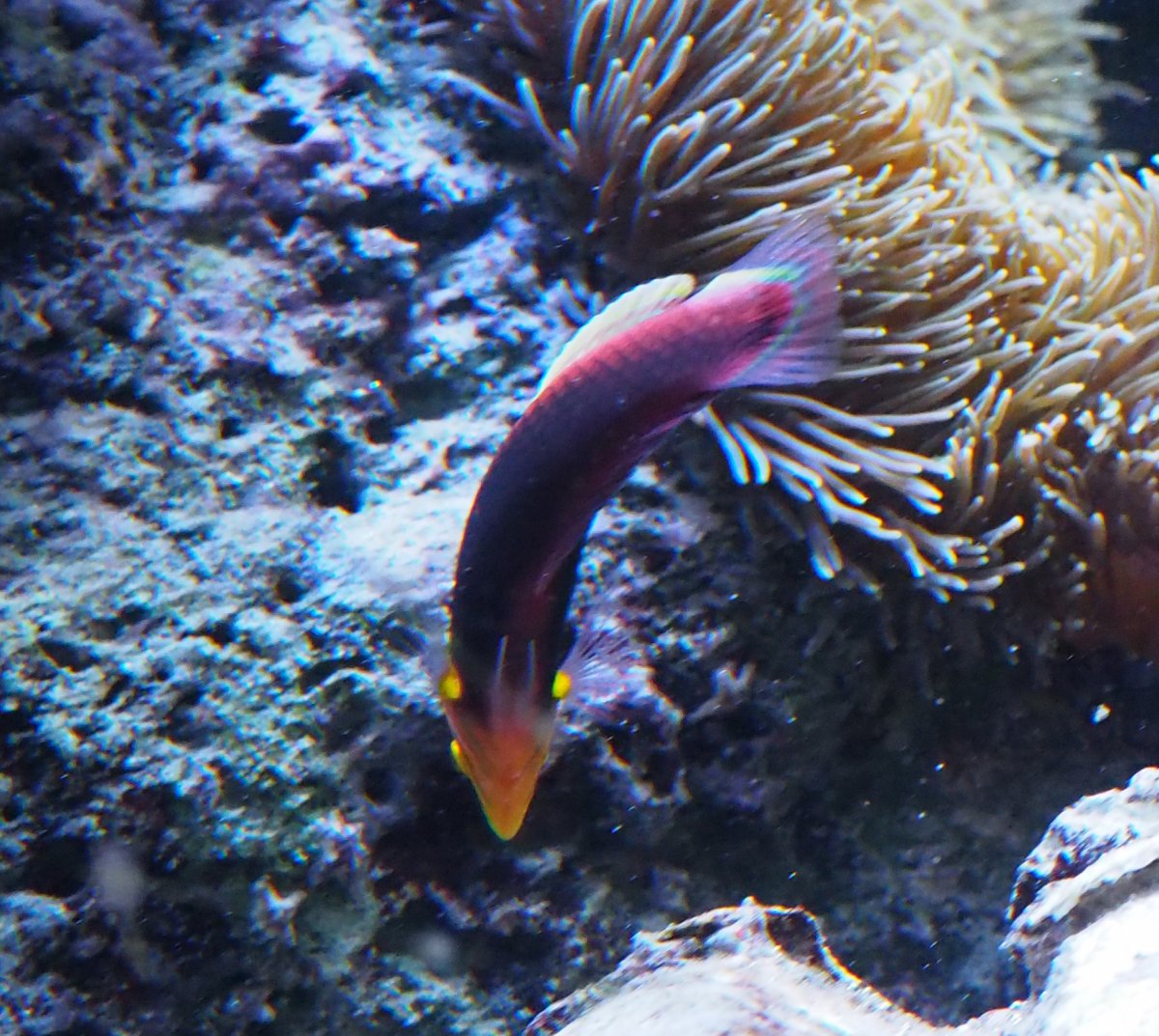 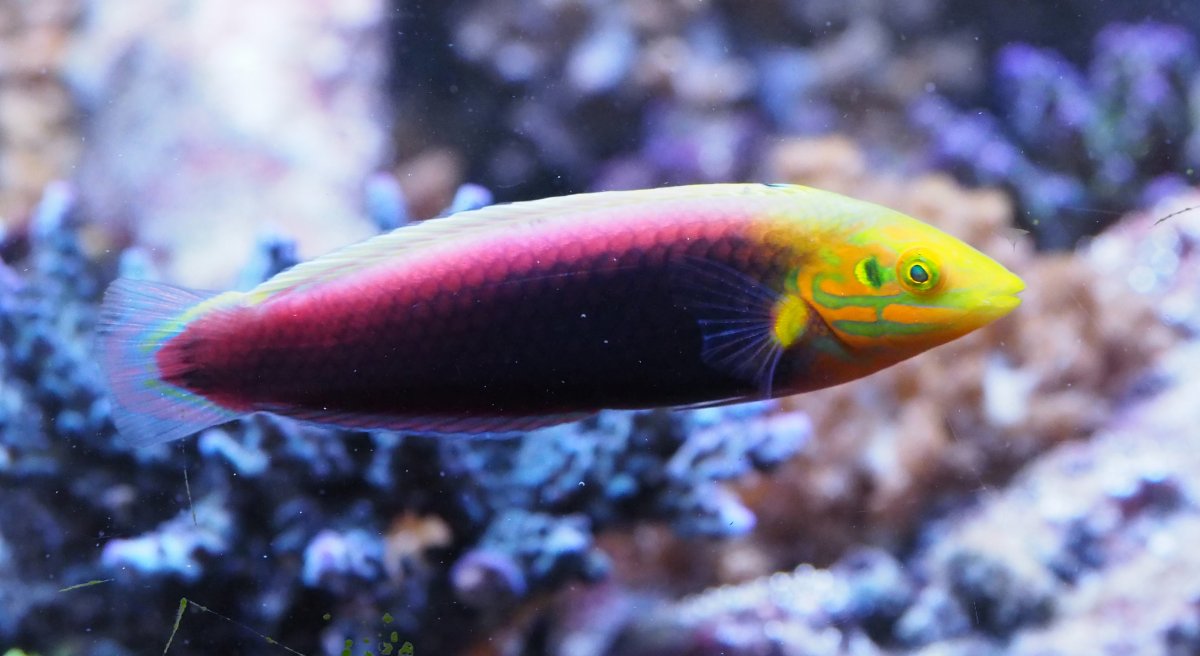 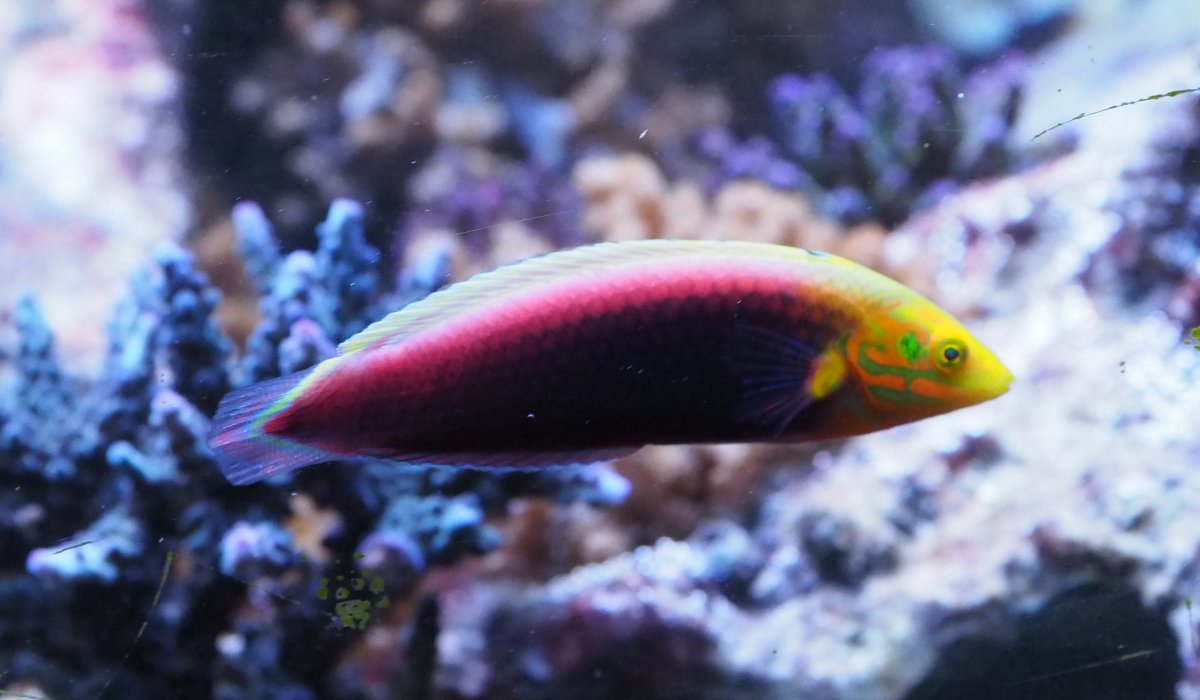 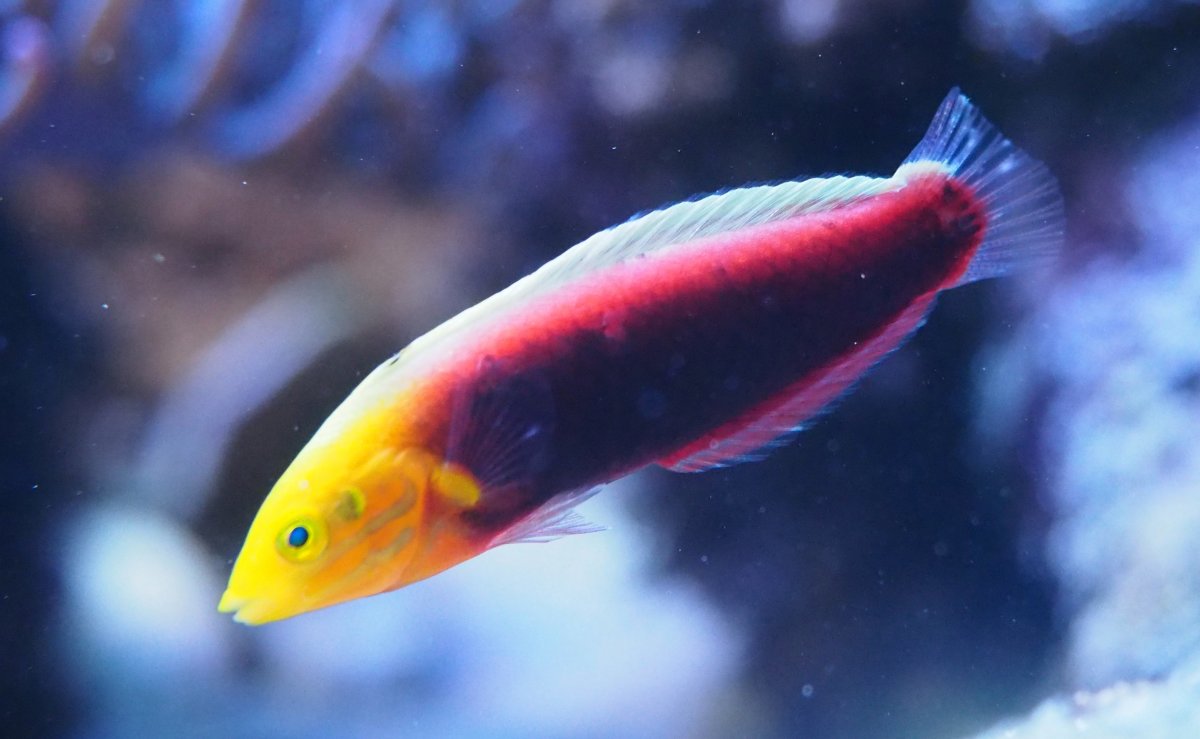 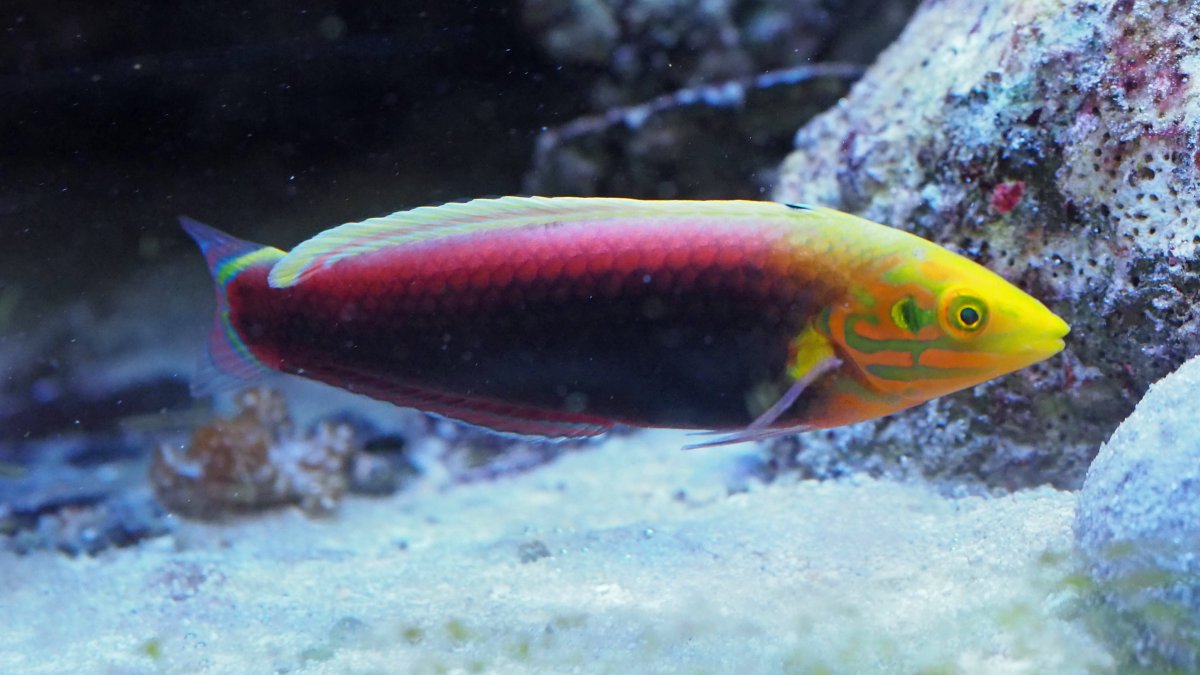 My Radiant today. Very beautiful, and one of my favorite 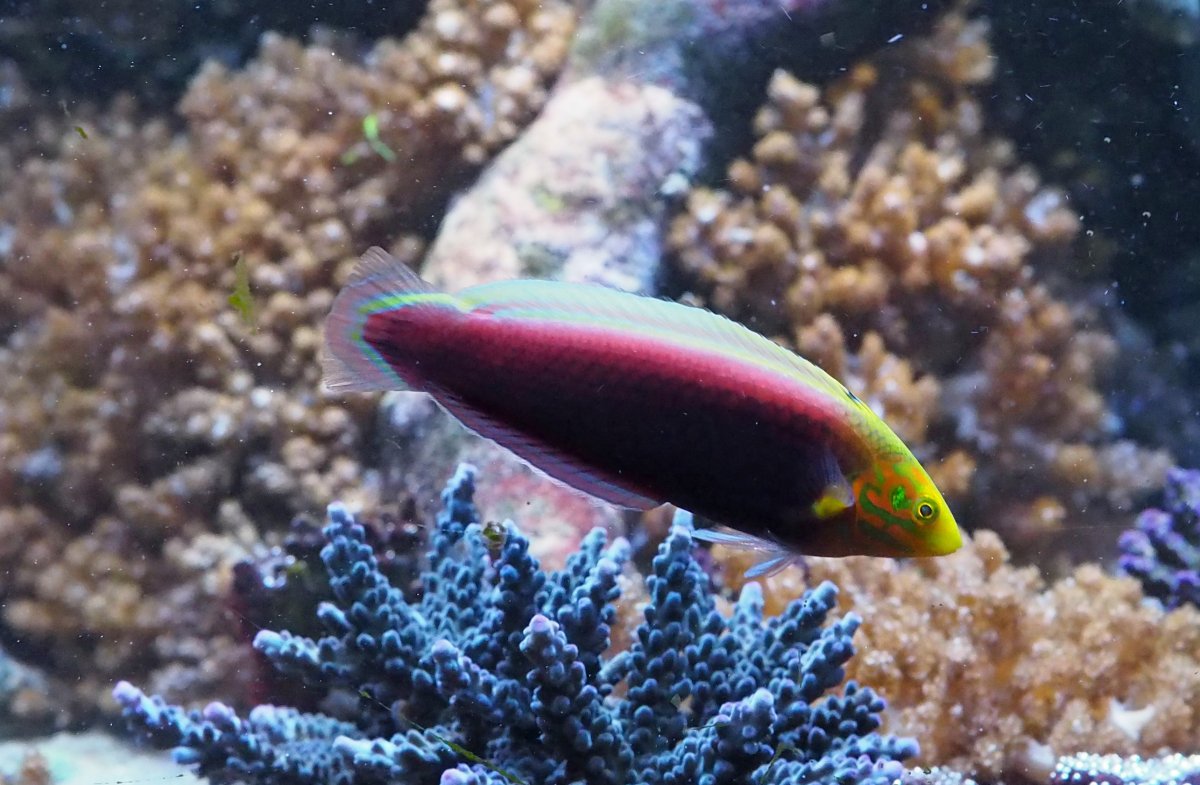 We went to Houston yesterday. I just have to visit Galactic Coral while I was there. I was not disappointed. There were a lot of nice animals and fish. In particular, there were quite a few wrasses. The ones that caught my eyes were a harem of Blue Star Leopards and several Radiant wrasse.
Since I have harems of two species of Leopards in my tank already. Black and Meleagris, I did not get the trio of Blue Star, but I did get two female Radiant wrasse, and put them directly in the sand last night. It tool me a few hours to acclimated them. I drip them in a 5 gal container with a bow of sand in it. I have to put them on the sand and bother them a bit, for several hours before I got them to dig into the sand. Once they were under the sand I moved the whole sand container into my DT. My tank is full of dangerous death traps in the form of multiple carpet anemones. If I released them at 2 AM into it, I doubt very much that they would survive the night. My plan B which I am glad I did not have to use, is to put them in a floating container in the sump until the morning. My Acclimation box is not function right now so I cannot use it last night. I need to fix this so I will not be caught in this situation again.

Below are pictures of the Blue Star Leopards at Galactic Coral, and the smaller of the the two Radiant Wrasse. The larger female still hiding in the sand.

Blue Start Leopard harem, still at Galactic Coral as of 3/14/2021. I am sure they will not be there for long. Healthy and eating well. 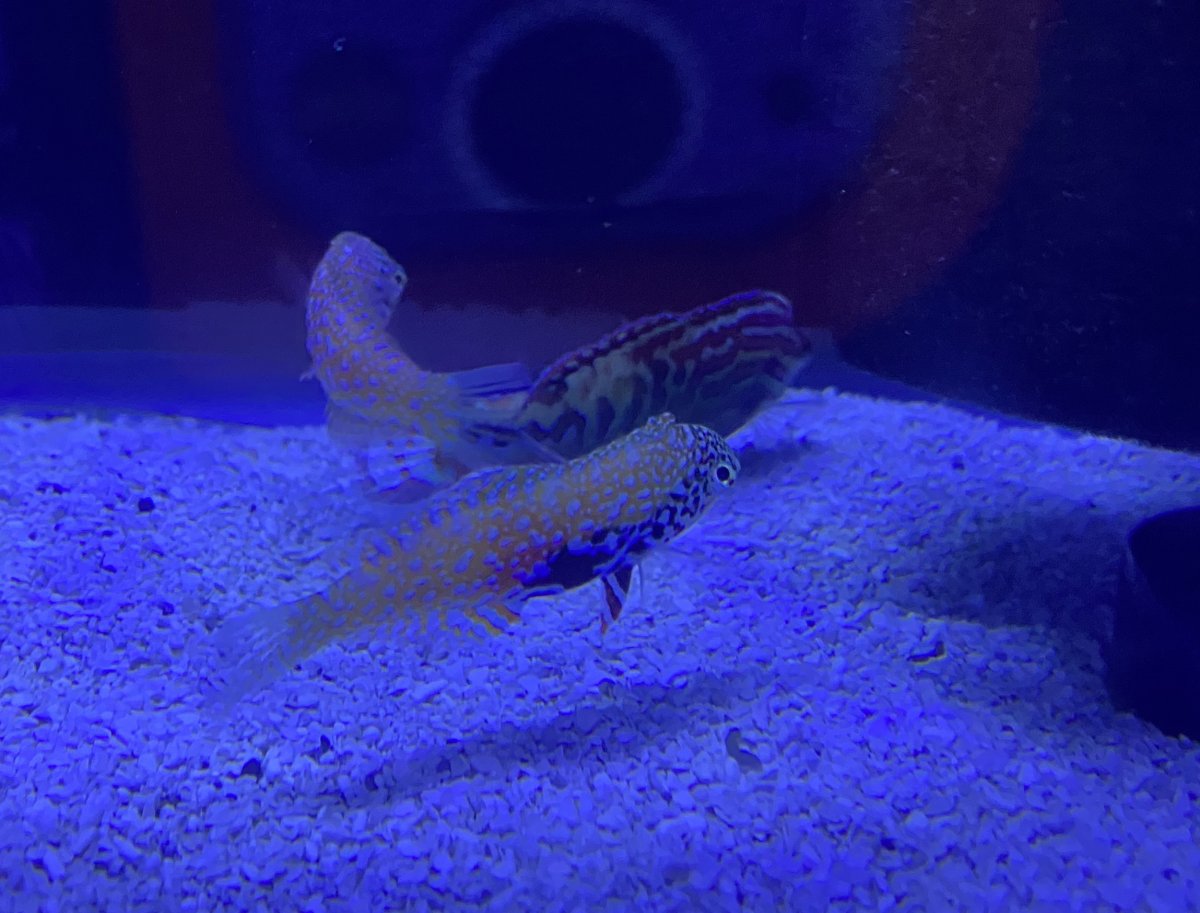 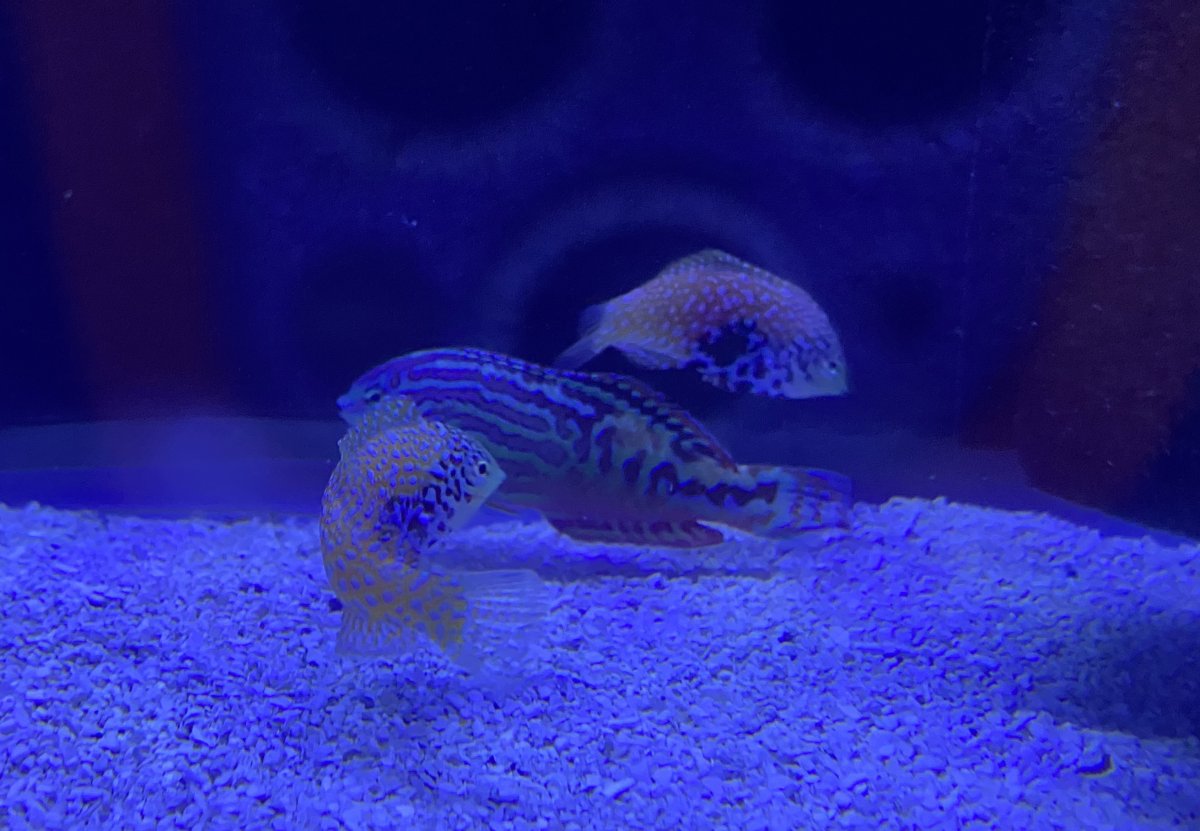 My smallest of the Radiant Wrasse. This female is out and about this AM. She ate bothe frozen and dry food this AM. I think (hope) she will be just fine. 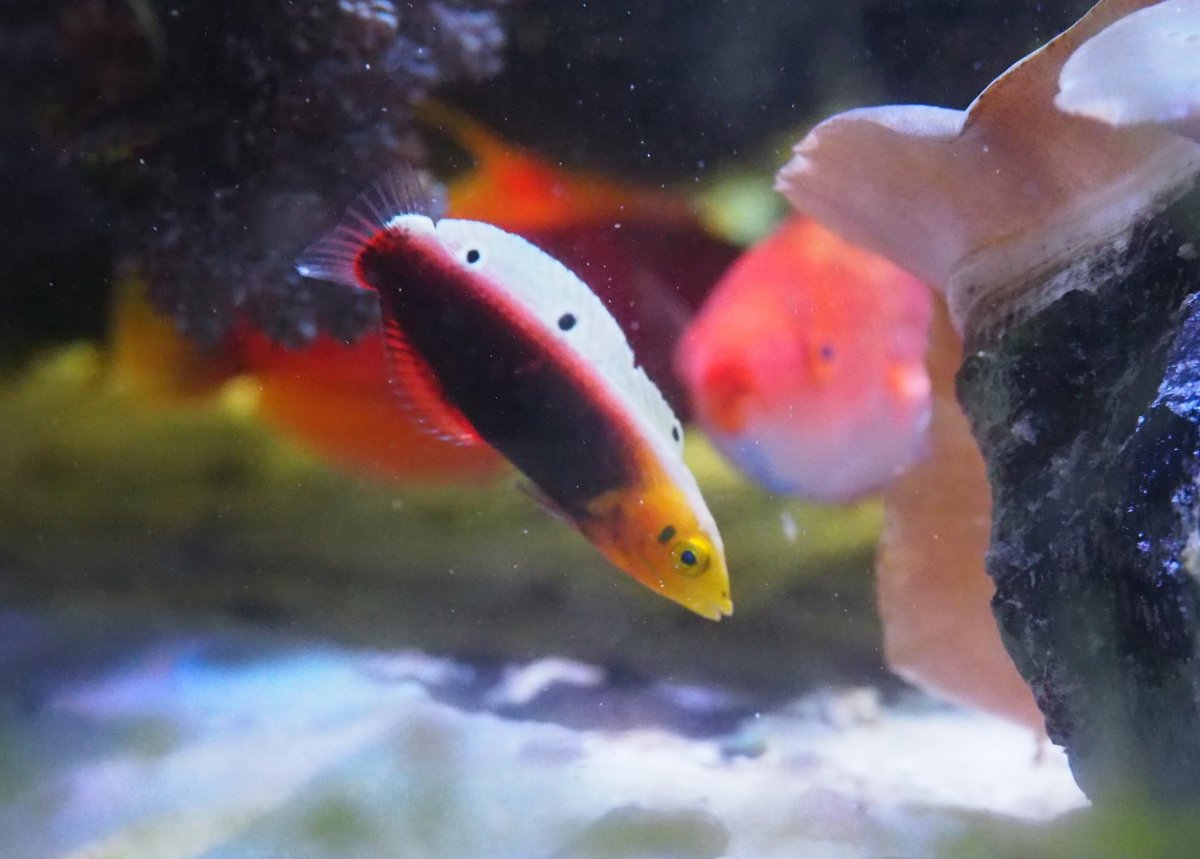 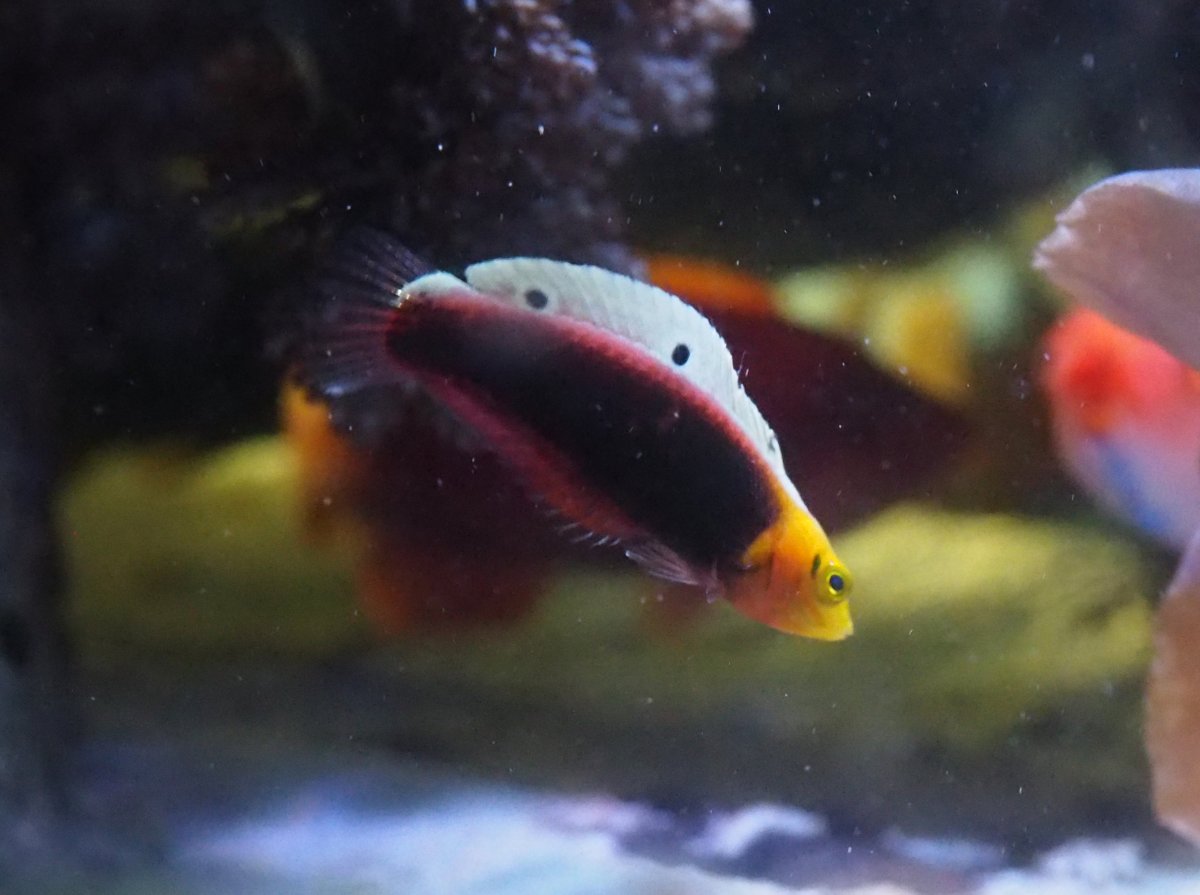 Lucky you. Best way to get radiant. Healthy and eating at the lfs.

Mixing Halichoeres in a 55 Gallon