We used to keep a 180l custom cube tank and three Nano tanks in the UK. One as a mixed reef, one as a seahorse tank and one with an awesome longhorn cowfish called Frank (he was awesome!)... 12 years later have moved to Australia and haven't tried to keep any fish since then.

So one boring weekend went and bought a CADE 900 From our really good local fish shop. Then the next day realised I wanted something a bit bigger so got the 1200.

Three days later, it turns up and weighs a lot!!! Three of us dragged and lifted the crates in, which took a while as we are not the fittest of people.

So, now it's in. Put my Two MicMol Thor lights on, altered some pipes to get a redsea reefmat 500 in, and have a Sicce SDC return pump and wave maker installed. An Aqua Excel 801 skimmer with a Sicce PSK pump to run it. 5l of matrix and will give stability a go to help cycle it.

Now just waiting on a water delivery to fill it up... Tomorrow will see if there are any pipe leaks. So much has changed since the last tank I set up. Everything is online and runs on apps. LED lights were just coming out when I last set up a tank. Lots to learn.

Look out for pleas for help when I think I know what I'm doing and then get it all wrong. 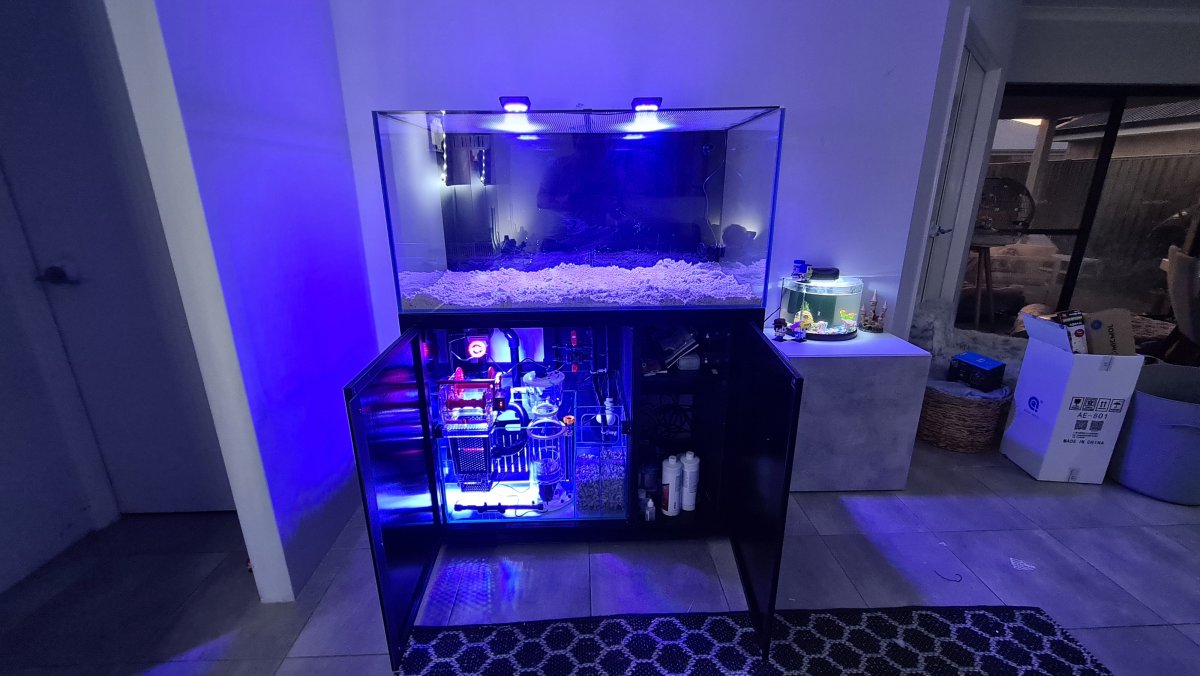 Had water delivered today, so it's all wet. I had a few leaks from pipe joins, but they are all sorted now. Shocked at how quiet it all is running. Light fans are making the most noise at the moment.

Bacteria and some ammonia in; hopefully, the sand will settle soon... Quite a lot of it, even with washed sand!!!

The two freshwater guppies in the small tank next to it might be feeling a bit jealous. 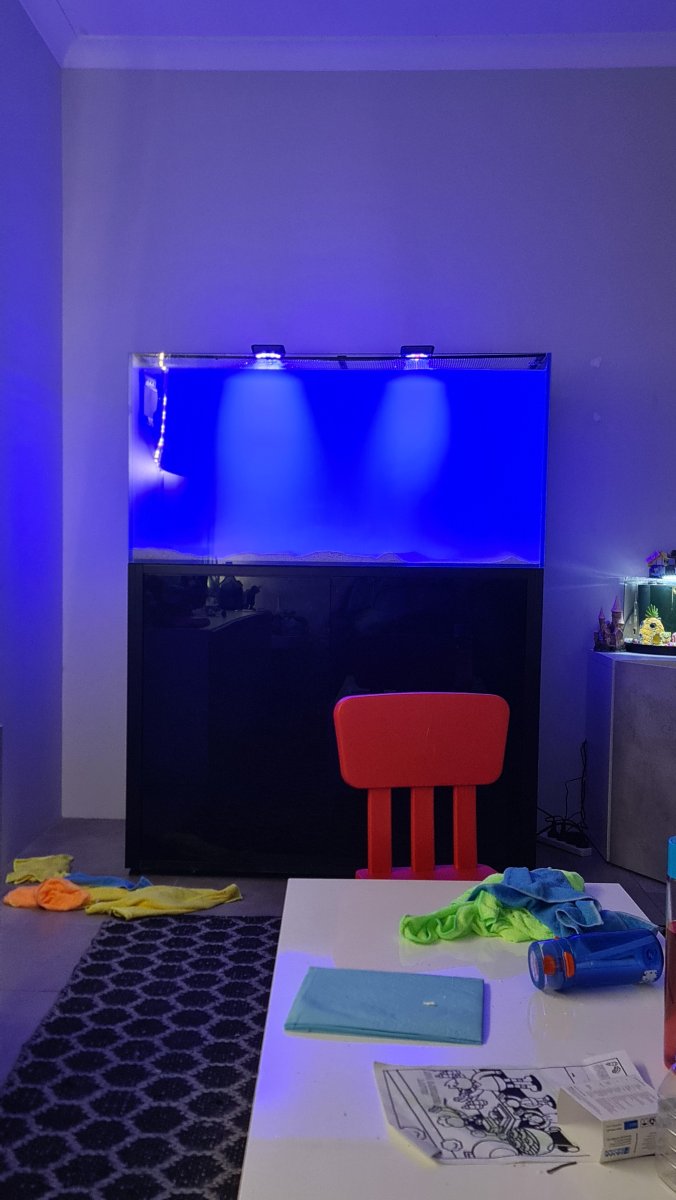 Been cycling for 10 days so far, now have added in some rocks, nitrates are up ammonia seems to be staying the same.. Not sure how that works. Have some better test kits coming to verify that result. 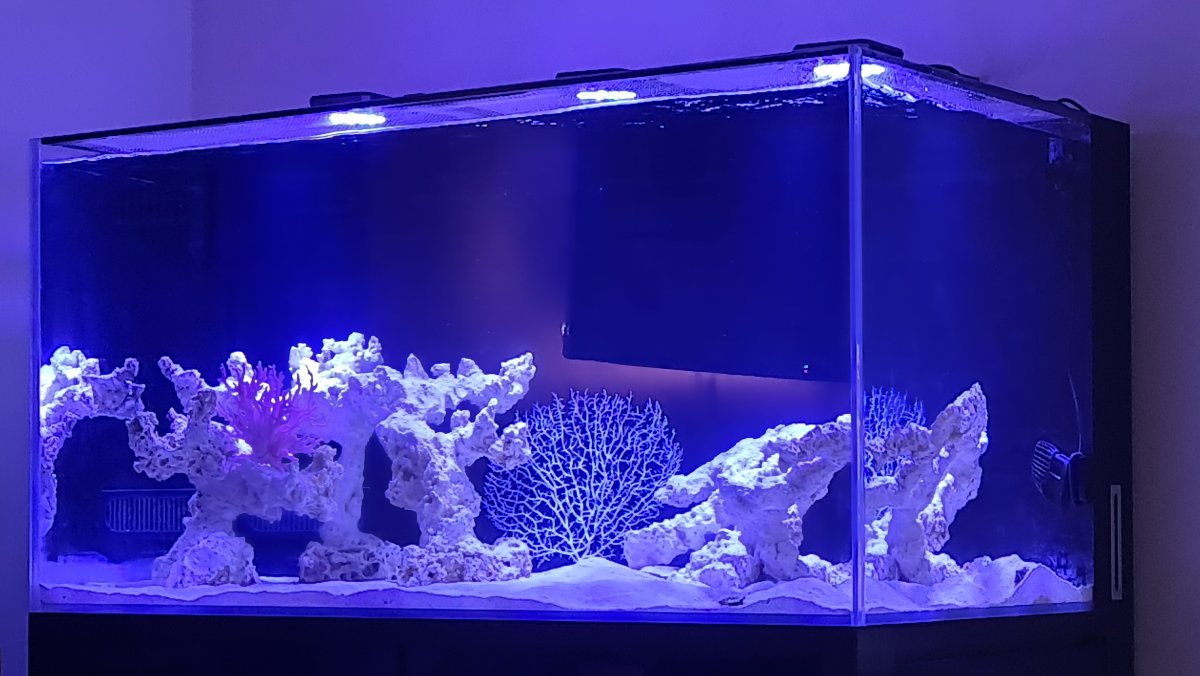