Hello reefers! Newbie here, just 5 weeks into starting my first 10 g tank. I'm using it for a frag QT (my display tank will be 90 g but it's not installed yet). Decided I might as well try to make the little tank look good too! So far this hobby is fascinating, challenging, frustrating (don't get me started on pH...) and thrilling all at the same time. And since I'm not at all DIY, I'm adjusting to the expense.

Here's what I'm celebrating so far:
1. A brittle star came in on my very first piece of live rock (scared the heck out of me); he then disappeared and I was sure he was dead. Showed up 10 days later waving his arms looking for food and I've been feeding him ever since.
2. The nerite snail I named Darth because he storm troops all over the tank is still alive, even after I found him climbing halfway up my bedroom wall. He went out of the tank, in/out of the sump, down the leg of the tank stand, across the carpet and upward. Nuts!
3. The high alkalinity I've been fighting can be tweaked by using a different salt. Yep, learning.
4. I have a beautiful ricordea and read that they like to have company, so I bought him a friend. When they reached out and touched each other am pretty sure I heard angels singing. It was SO COOL.
5. Green star polyps. Nothing seems to kill them.
6. The peppermint shrimp I thought was dying is probably just molting. Looks pretty dramatic!
7. Ordered two dwarf cerith snails in a "reef cleaners" package and apparently one was pregnant, as when the bag arrived it had 75 baby dwarf ceriths in it. It's a clean up MOB.
8. My LFS told me to watch the BRS160 series on YouTube and it's been a HUGE help.
9. I am so glad to have this community - every question I've had has been discussed on here somewhere. Really appreciate you all helping everybody, especially us newbies! Thank you!

Attached a tank pic, will get better at taking pictures, promise! Mine is a 10 gal Innovative Marine Evolve tank (it's two 10 g tanks side by side - I'm going to use the other side for fish quarantine and this side mostly for frags). Hope everyone's having a great Labor Day weekend! - Linda 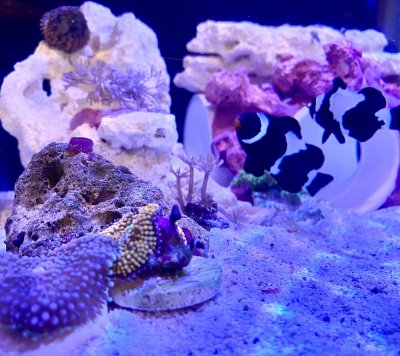 But this place, r2r, is informative and friendly

Welcome to R2R!! Love seeing people make all these discoveries!! I still remember the enlightenment feeling from mine

Welcome and congratulations!! Ime, always celebrate the small victories in this hobby sometimes things go slow and you have to step back and just celebrate that things are still alive lol

Welcome to the community! It looks like you're off to a great start and the snail part of your story is a laugh!

TJDSEKULA said:
Welcome and congratulations!! Ime, always celebrate the small victories in this hobby sometimes things go slow and you have to step back and just celebrate that things are still alive l
Click to expand...

I still check every morning and can't believe nothing has died. One step at a time!

And I forgot that I was so excited about THIS that I had to take a photo. This Hanna ULR phosphorous test is really tricky to run and when I finally got a good reading that wasn't "ERROR - TOO HIGH" I was jumping up and down. Life's little victories! 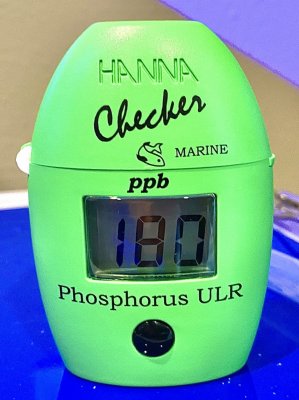 Welcome to Reef2Reef!
Sounds like you are off to a beautiful start.

Welcome to R2R! Love that you are enjoying each bit of the journey. Keep up the great work!

Welcome to R2R and the salty world. Lots of knowledgeable and helpful people here who will support and advise you when needed.

Location
The mountains of Southern California

Welcome to R2R!!! 180 on a ppb phosphorus checker.... part of me is a little worried that’s a bit to high, while the other part of me is just happy to see a picture of a ppb checker showing any other numbers than a 0, 1, 2, or 3! Hahahaha 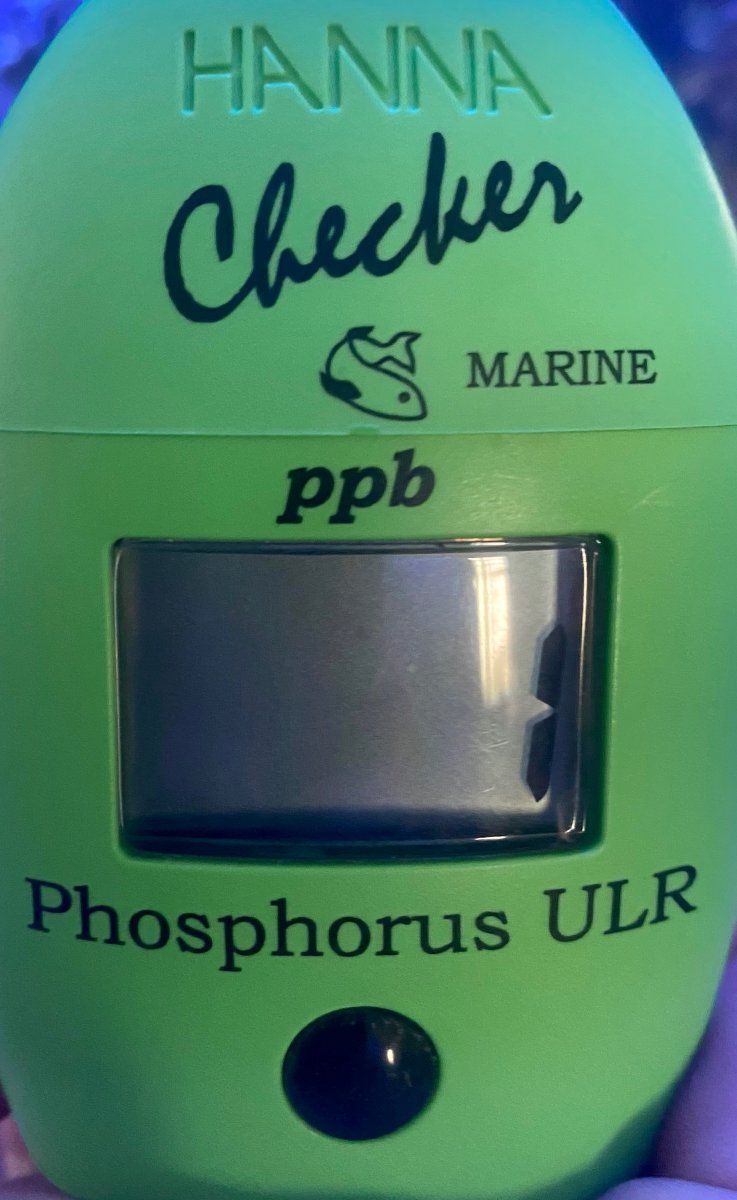 One thing I would like to touch base on other than kinda being jealous of seeing more than a single row of numbers on my Hanna is your qt plan. While it is unlikely, protozoans can travel about 10 feet give or take through air so keeping them side by side like this could potentially let something slip through. I can’t wait to see the rest of your builds!!!