I've bought a bubble king double cone 150 used off facebook. I didn't realize it until after I got it that the pump block had been replaced with a cheaper version (Laguna pond pump I think?) and when the previous owner did that, they never ended up putting the pump base back on. Rather than listen to the pump rattle against the sump, I'd like to fix this. The issue is, Royal Exclusive doesn't just sell the pump base. I emailed and they told me I had to purchase a new pump block to get the base. That would be $240. Basically what I paid for the whole skimmer. Also at that price I feel like I'd like to upgrade to a DC pump for the controllability. Since I'm really not trying to spend $800 on a DC pump either, I started looking at the Reef Octopus skimmer pumps as they are touted as being great for the price and I would be able to add an automatic overflow shutoff which I would love as I think its a neat feature. Neat as in, I'm sure it will save my butt more than once from forgetting to empty the skimmer cup.

So my question is, has anyone else retrofitted a different skimmer pump onto a skimmer body? I would think the most important part would be matching the pump specs. It looks like the Varios 2S (Up to 900 LPH air draw and 238 GPH max flow) would be a very close match to the Mini Red Dragon 600 (625 ltr./h Air draw and 211 max flow). Does anyone have any input or ideas? Should I go bigger or would that not really accomplish anything?

Just put a silicone pad under the existing pump if your happy with the performance otherwise.
OP

laverda said:
Just put a silicone pad under the existing pump if your happy with the performance otherwise.
Click to expand...

I haven’t run it yet honestly so I couldn’t even tell you if the pump works. It looks well used and I see there is a Varios 2s NIb on the marketplace that I may snag for a good deal which is why I posted my question

You basically have a Vertex 150 Omega skimmer, do you have a picture of the pump and the skimmer?
OP 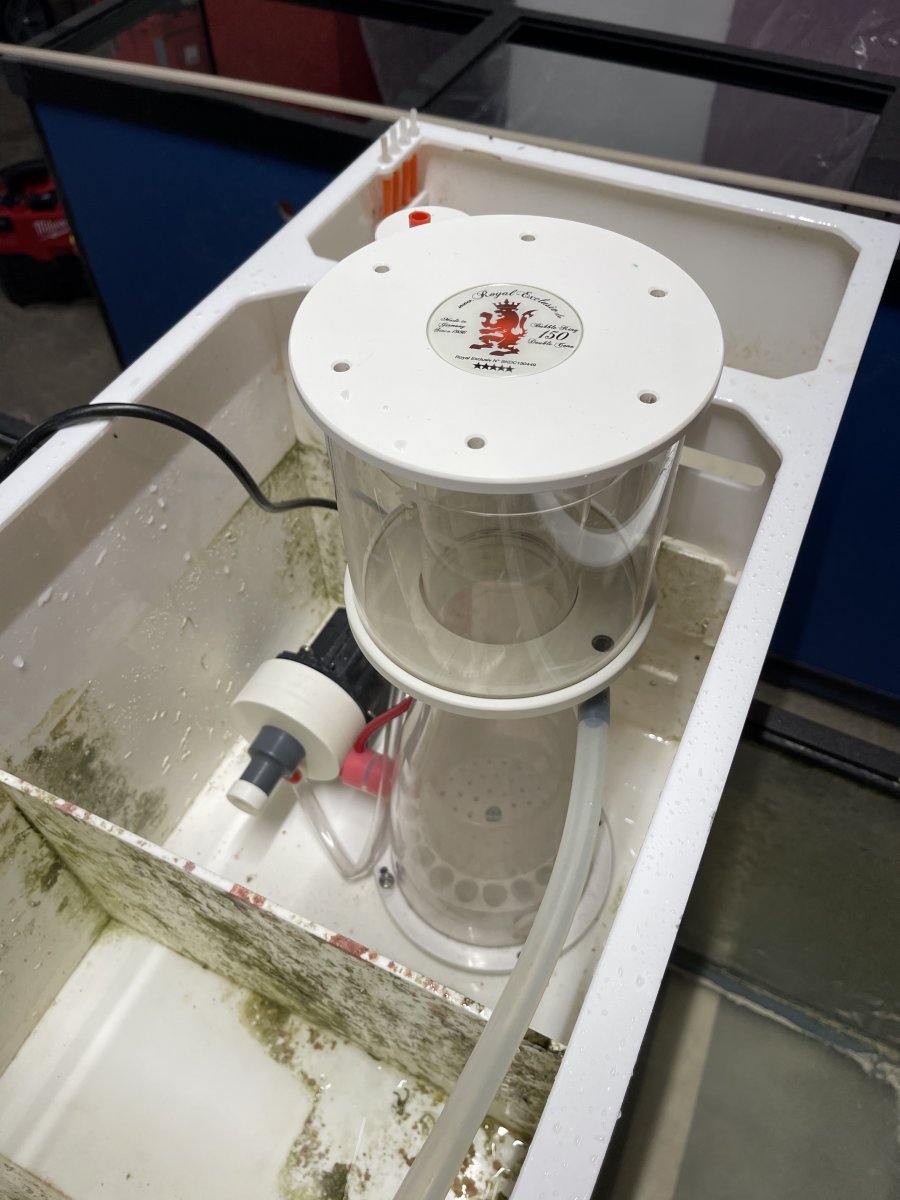 this is the best picture I have for now. Retrofit if the varios pump seems like a simple task and if not… well I’m handy lol

last time i checked Lagunas were basically Askoll pump blocks and they are good pumps. i would try and run it and see how it performs. if it works, then you can just get a small piece of acrylic drill a couple holes in it and zip tie it to the pump block. then use a piece of silicone trivet mat under the acrylic to dampen any vibration. you can also get adhesive silicone bumpers and stick them to the bottom of the acrylic if you dont care for the trivet pad. I've done it and it works perfectly well.

To All Equipment Manufacturers