I thought it was interesting to see after putting some btas in my tank that my tomato clownfish is being hosted not only by the condy it’s seemingly forced into the arrangement but also the bta that’s near by as well, does anyone else’s clownfish go to multiple anemone? My other two cinnamon clowns are about simple when it comes to anemone so they haven’t even sniffed around so to speak. (Sorry about the crappy aquarium glass haha) 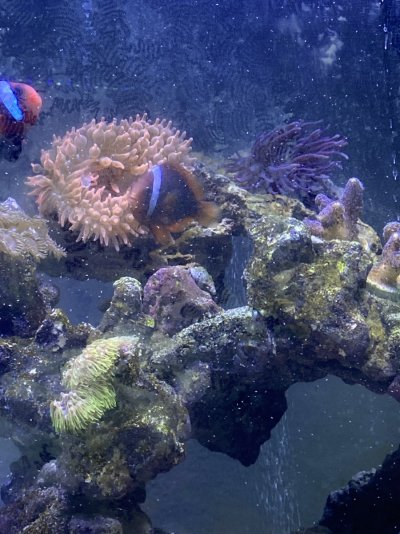 Are my new Tomato clowns fighting or establishing dominance?

How can I get clowns to host anemone?
2 3