Keep it going !! I admire your determination and bravery !!

I will be following along with this build. It helps give me ideas on future projects and places that might need improvements on. Plus the additional feed back from the others that are following along can be informative and humorous.

Looking good! I hope you have a speedy recovery. I’m looking forward to seeing the clowns in there.
OP

Finally, it was time to add the fish to the DT. My rock had been cycling in rubbermaid containers, with Dr. Tim's and some Microbacter 7 having been added over the course of several months. I didn't particularly aquascape, rather just added rock into two islands for the moment. At this point, the tank was full and running through the sump and back to the DT. I left most of the equipment in the DT for ease of access however.

I had 2 sets of CB ORA clowns that were both going in here. During recovery from surgery, I'm staying with a family member, so I won't be home. While my Apex allows me to do a lot remotely, including some AWC with a DOS, I didn't have enough equipment to run automation on two tanks. I know housing two sets of clowns together can be tricky, so I was prepared to separate them if needed. 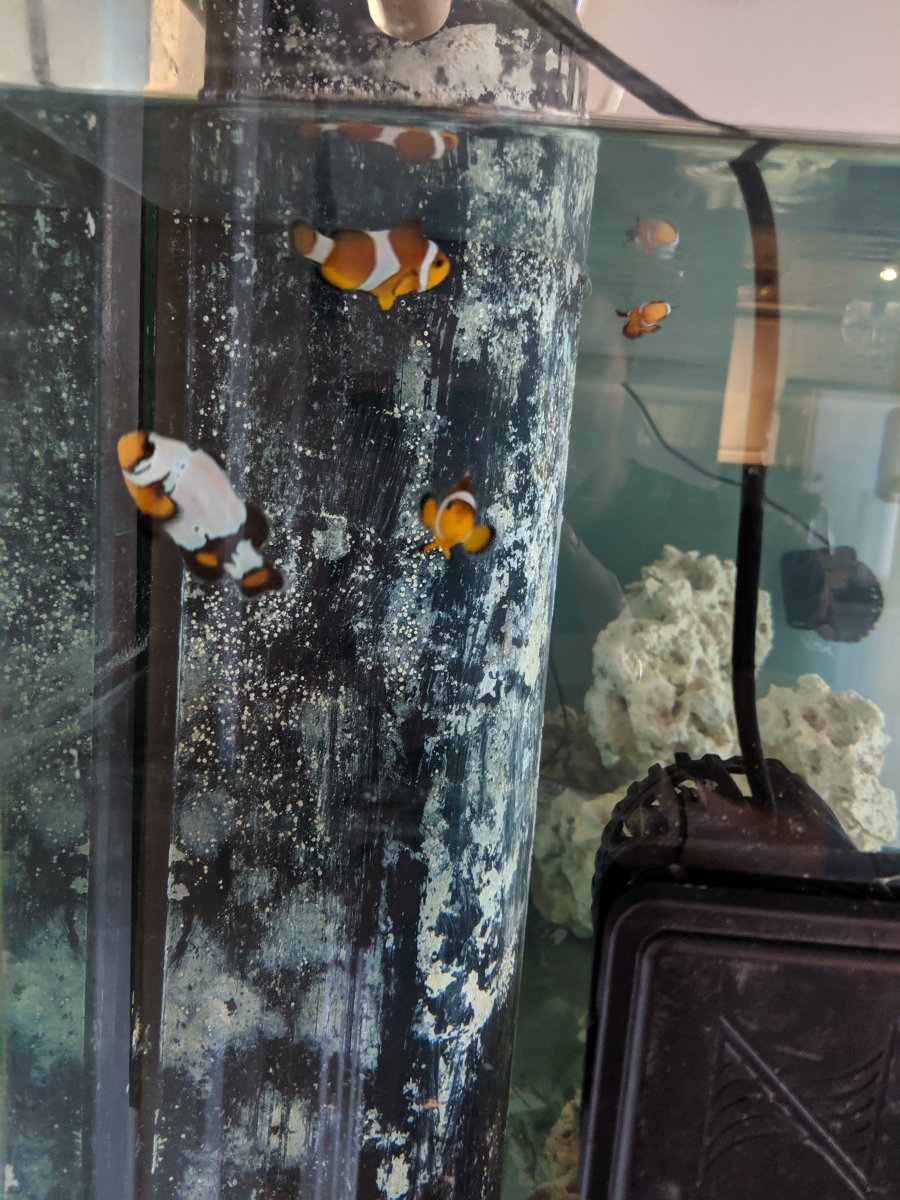 Initially, they did fine together. The two larger "females" actually swam together most of the time with little, if any, aggression. The smaller of the snowflakes started swimming by himself, and occasionally, I would see a little chasing by the other three. 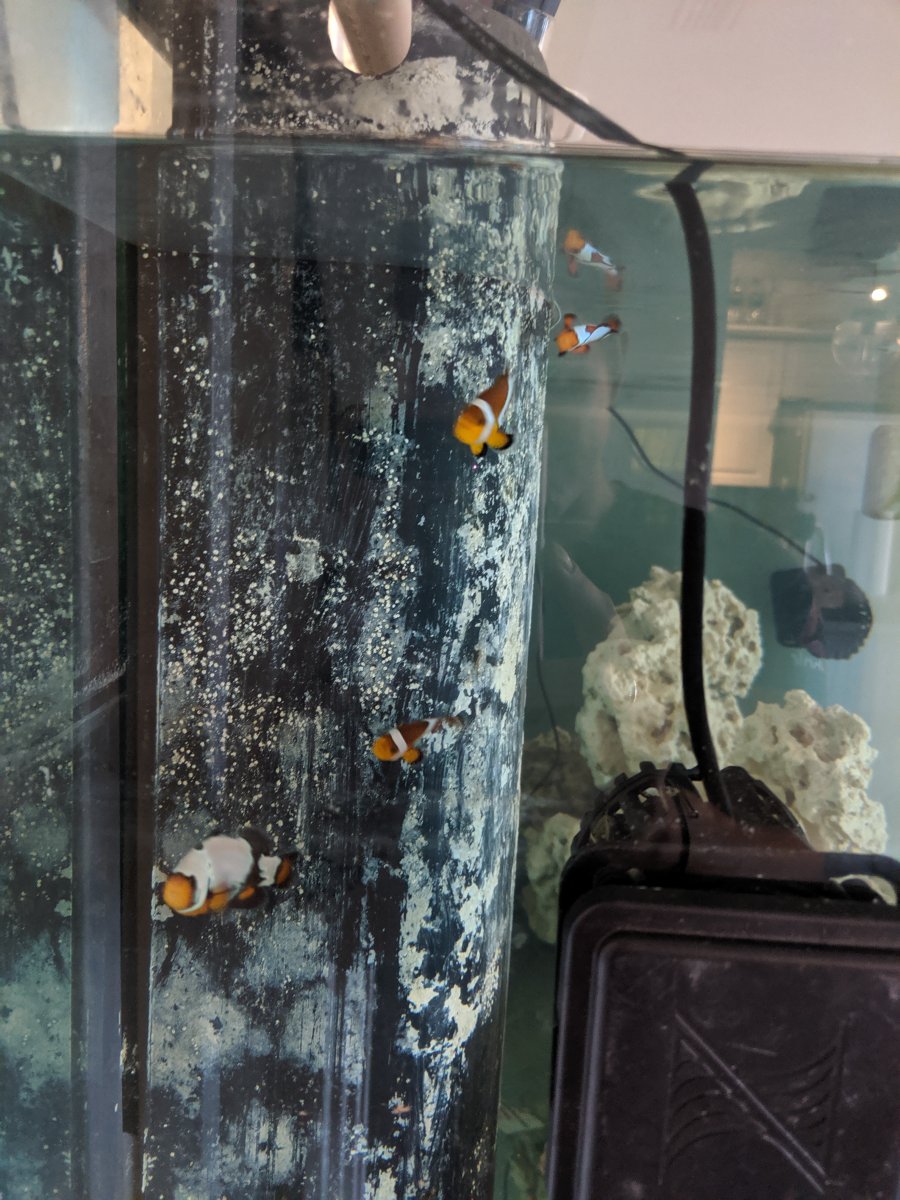 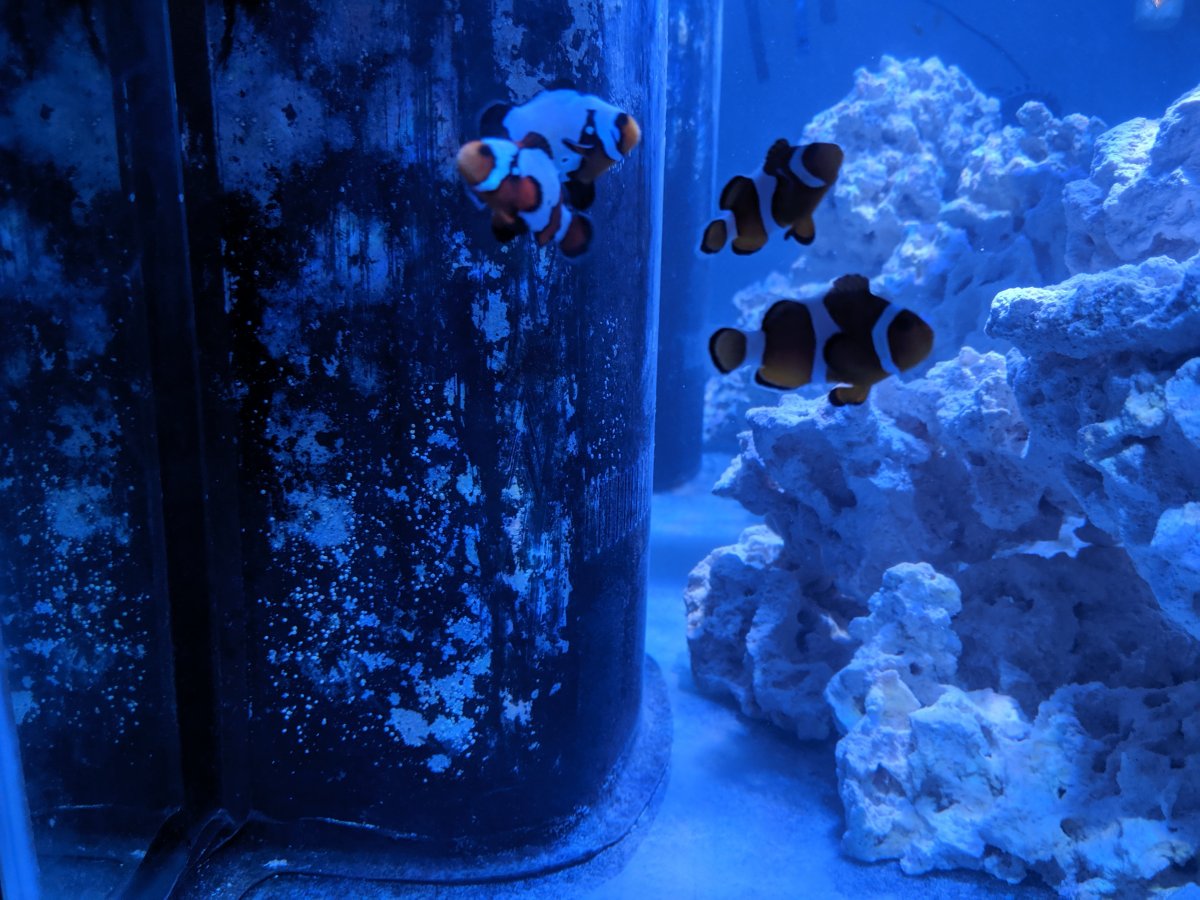 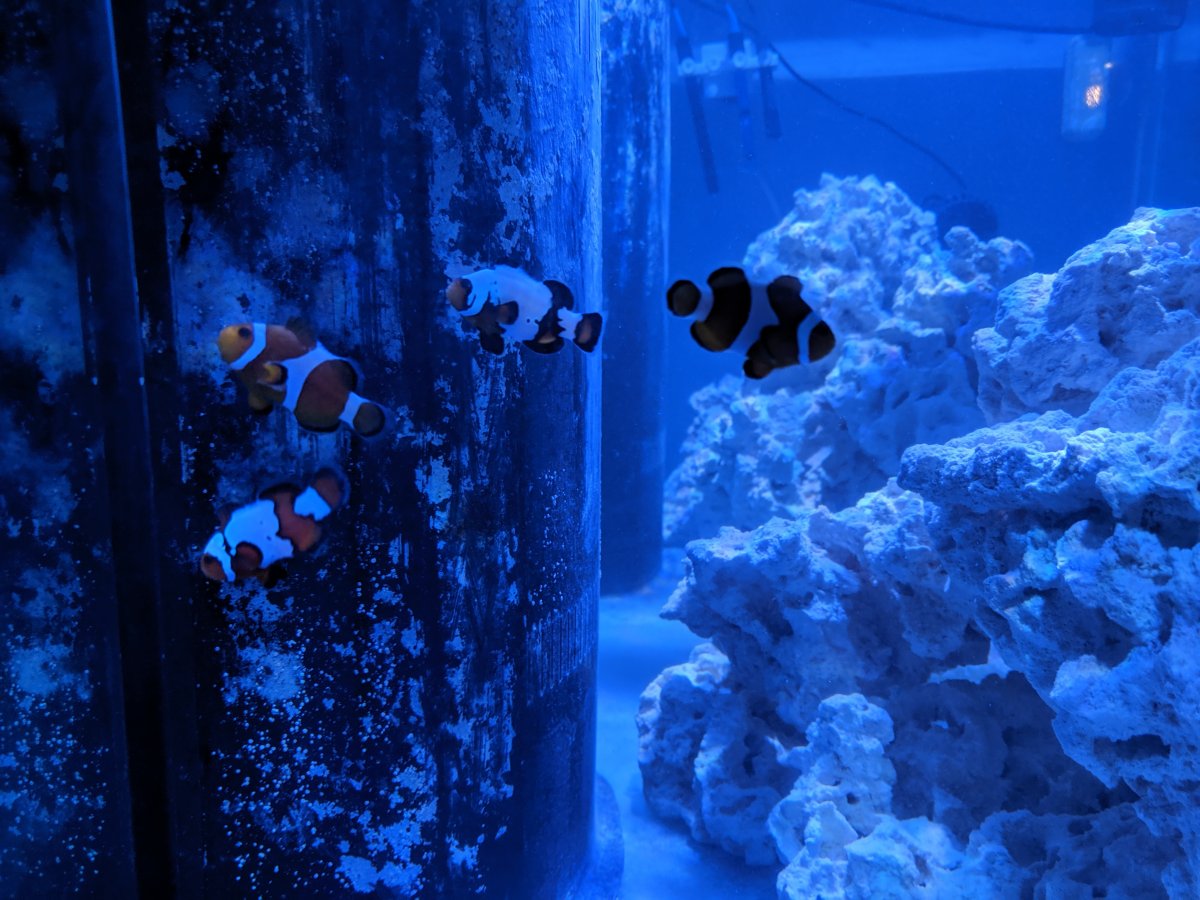 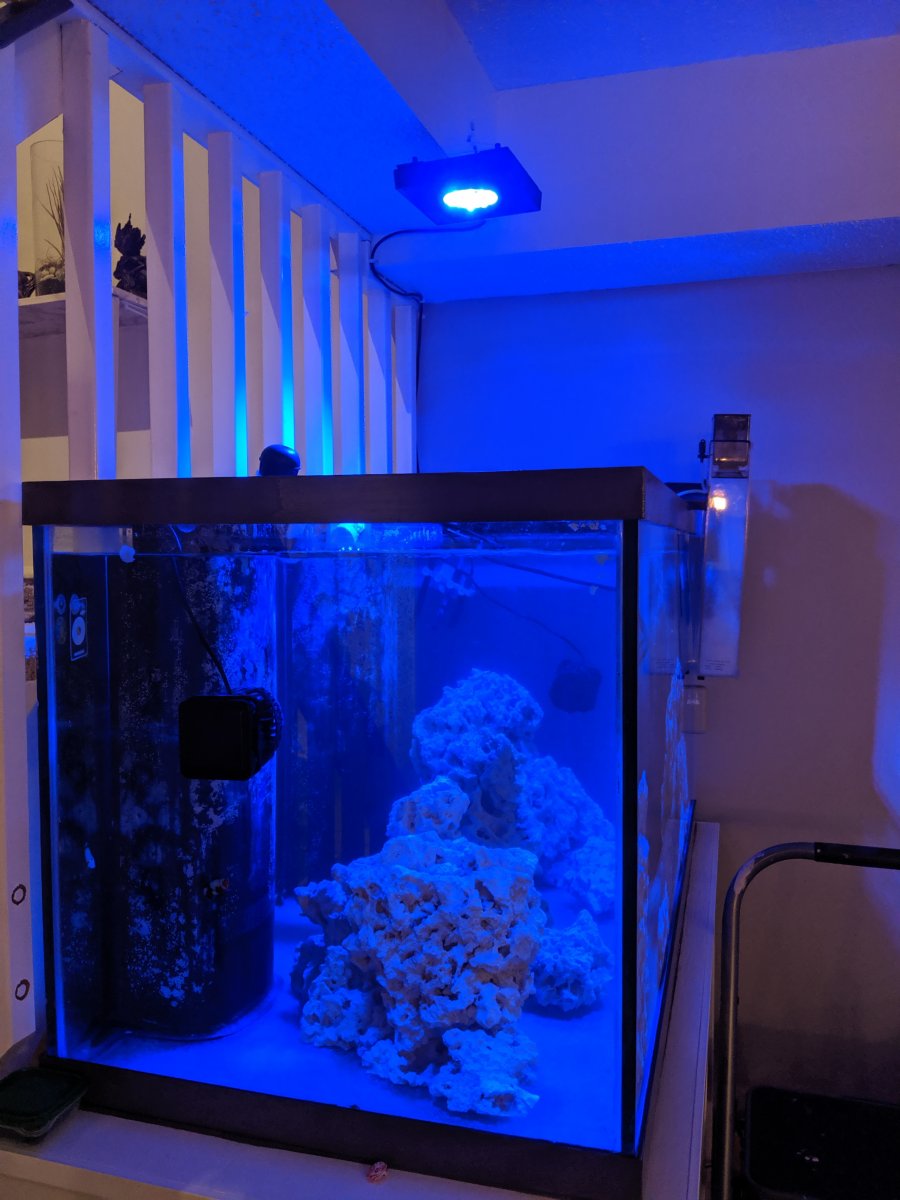 Eventually, however, there was some minor signs of aggression between the two larger "females." Given that I was going to be gone for a few weeks, I opted to go ahead and divide up the tank in half using egg crate and screen netting (the fish were able to fit through just the egg crate). This way water flow wouldn't be impeded, food could flow through, and while the fish could see each other, they couldn't harm each other. It also allowed me to have everyone in one single automated tank rather than two, all of which was easier for my tank sitter as well.

When I left, each pair was doing quite well in their own 60g cube.
OP

I also took the time to add a few final trim touches to the stand. I used PVC trip so that it wouldn't warm with any water spills. 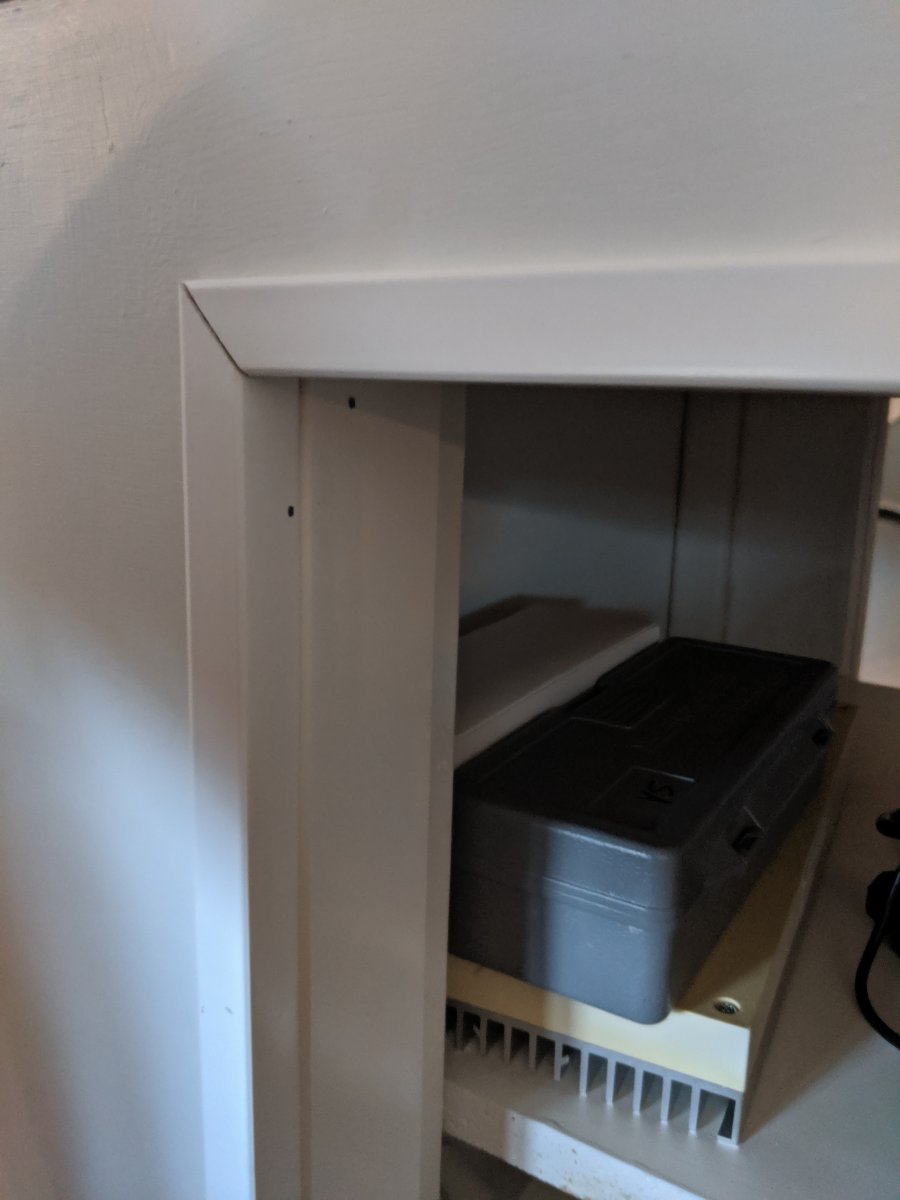 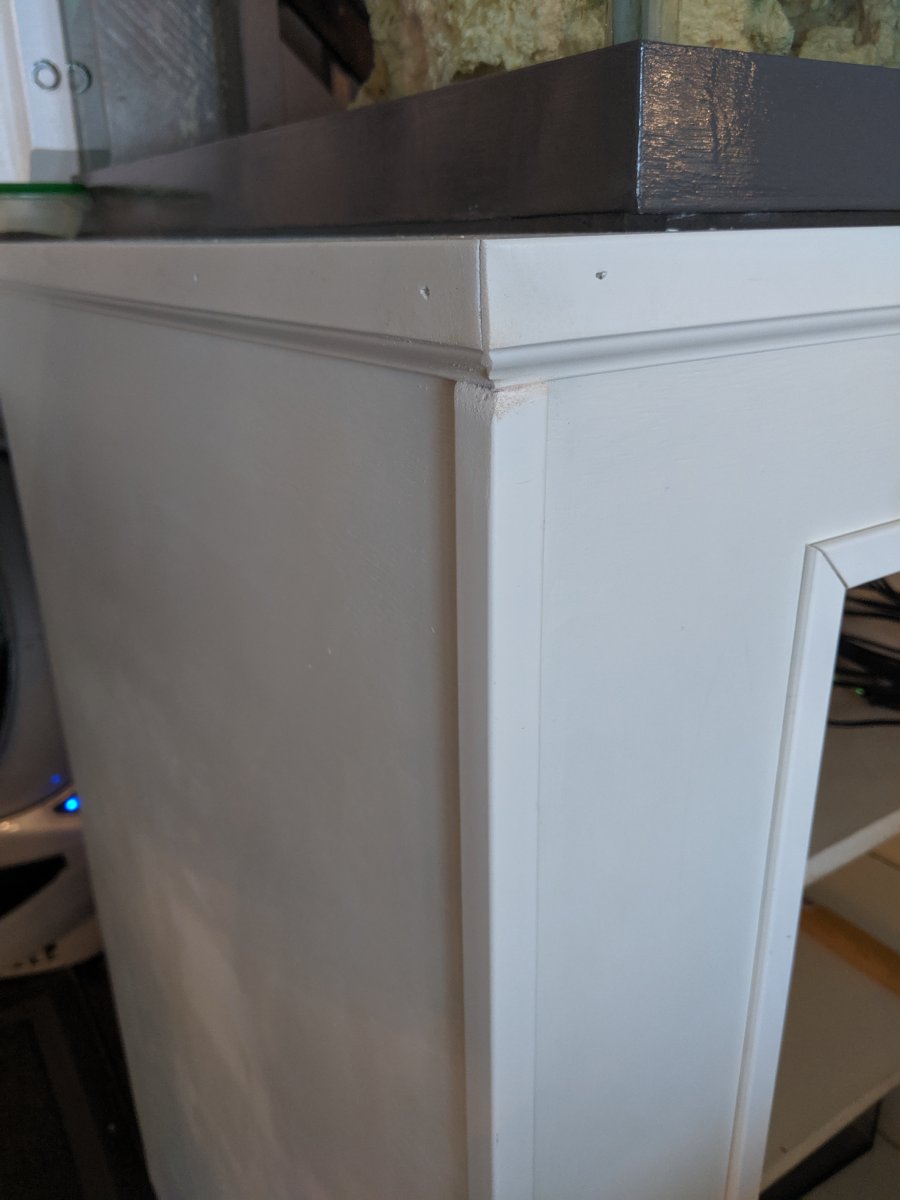 There still needs to be some filler added to the seams (I'm not as good as I'd like at perfect cuts with a handsaw). I may redo some with my miter saw in the basement to be honest. I also need to fill in the holes from the nail gun, and do a final bit of paint over the entire thing for consistency. My shelving holes also turned out to not be perfectly angled, so I am switching over to a different pin holder, which will require a little rework on the shelves themselves. Lesson learned: be perfectly level when drilling the holes!

I also built a temporary board for the Apex gear. I used magnets to attach it to the stand, and drilled holes below each of the electronics. I covered the holes in furniture cord covers for a more finished look. Each of the cords goes up to the piece of equipment to ensure a drip loop for any leaks.

In the long-run, I'll install a nicer finished white board, probably install it on a sliding rail so that it pulls out and is easier to reach, and ensure all cords are long enough to reach. The heater cord, for instance, needed a longer cord to reach without pulling. But as a temporary piece for now, it works! 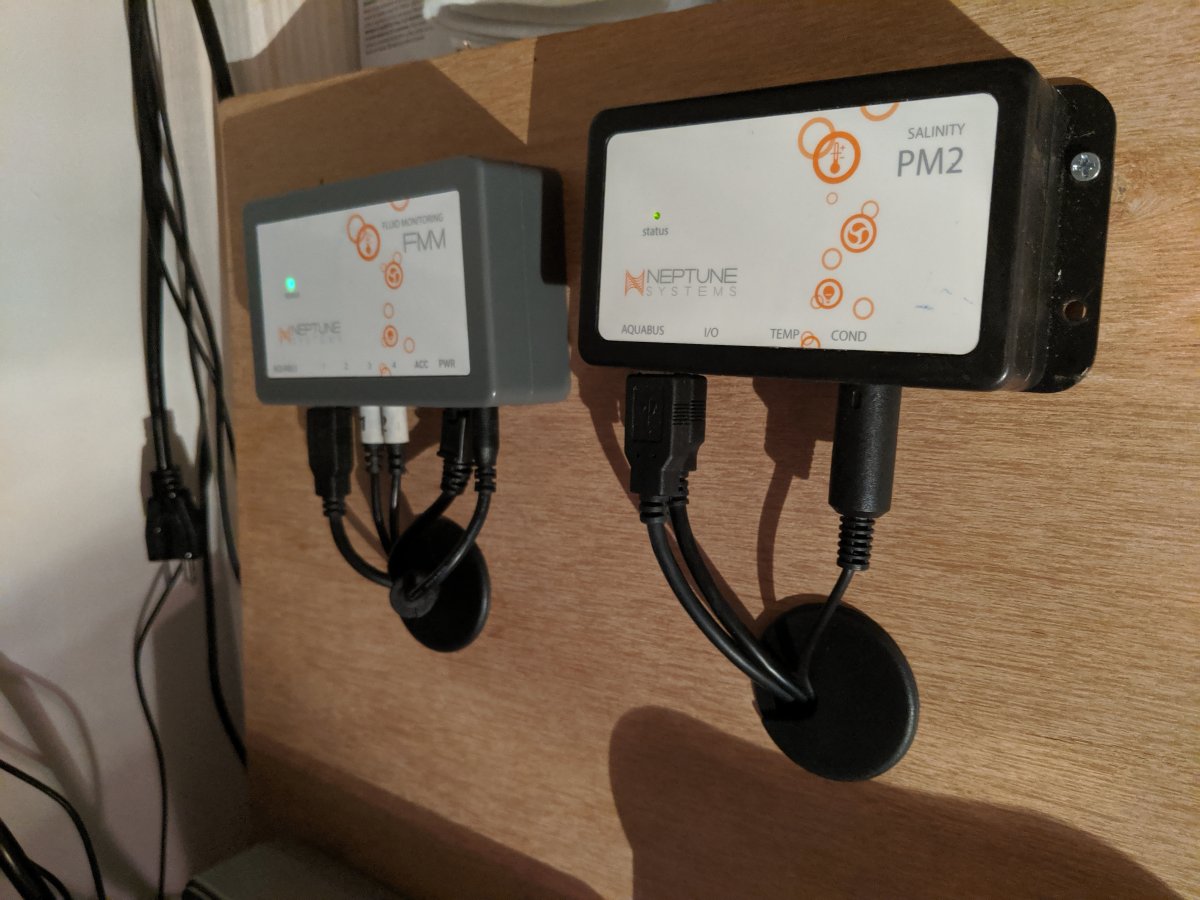 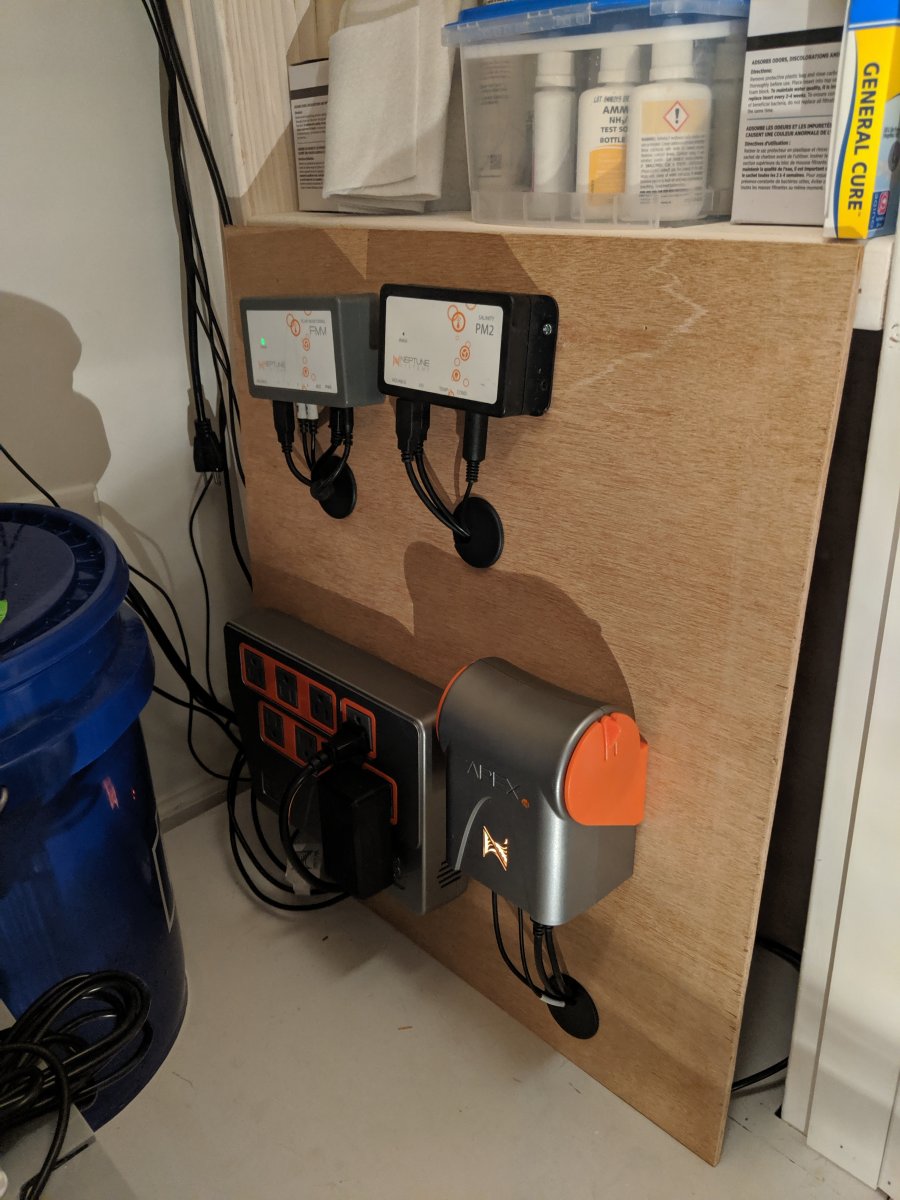 Don Lidtke said:
I will be following along with this build. It helps give me ideas on future projects and places that might need improvements on. Plus the additional feed back from the others that are following along can be informative and humorous.
Click to expand...

Please feel free to also provide feedback! It's always a learning game for the next build! I've learned so much by following others' buildthreads, with what to do and what not to do!


Skynyrd Fish said:
Looking good! I hope you have a speedy recovery. I’m looking forward to seeing the clowns in there.
Click to expand...

Thank you! It's going to be a long recovery road, but I'll be able to walk again unassisted in another 3-5 weeks! It's amazing how much you take being able to bend and put weight on a leg for granted!

And the clowns are in! See the previous posts! I was just writing them in themed posts rather than one terribly long one!

Thank you both for following along!
OP

vetteguy53081 said:
Keep it going !! I admire your determination and bravery !!
Click to expand...

Thank you! I learned so much from R2R, and did so much planning while bored on deployment. It's great to finally see it all come together now!

Clowns are looking good! Your doing a great job. I am really liking you wire job. Mine looks like spaghetti! 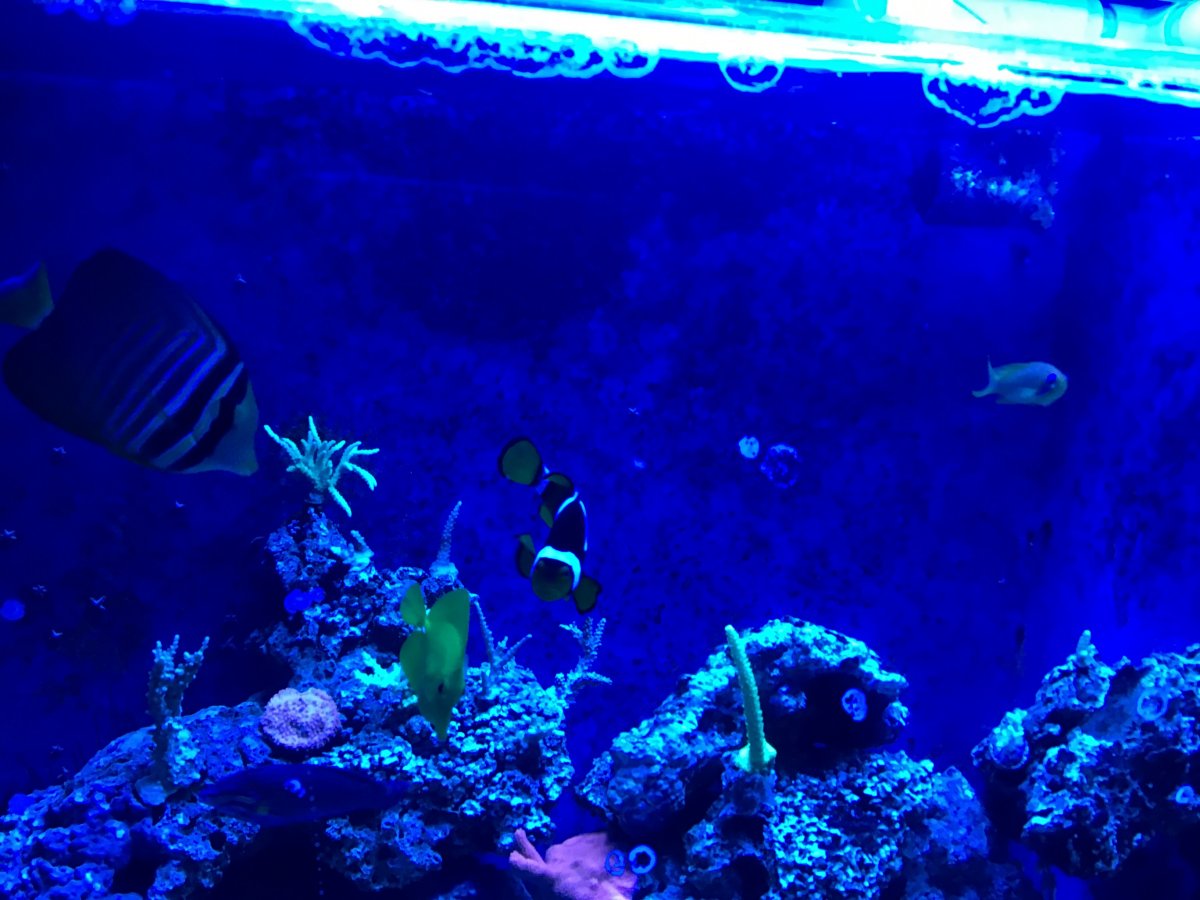 Skynyrd Fish said:
Clowns are looking good! Your doing a great job. I am really liking you wire job. Mine looks like spaghetti!

It's awesome how long they can live! I'm trying to run a tight DT with a very active QT process to minimize fish loss in the long term, so my clowns can live to be as old as yours!

Also, the Controller Board hides all the spaghetti cords!

I remember the "under the stairs" project you were planning whilst deployed, be well, full fill your dream.

So glad to see your new build on here! And same SN as was on WAMAS! Great to find so many of the same people even though alot of us have moved! ( I was/am smallreef on WAMAS) Excited to watch your new tank.
OP

Small triggers said:
So glad to see your new build on here! And same SN as was on WAMAS! Great to find so many of the same people even though alot of us have moved! ( I was/am smallreef on WAMAS) Excited to watch your new tank.
Click to expand...

I remember you!!! Where are you now?? Still reefing?
OP

So my female ORA dwarf clownfish had a couple of white spots on her. A few days later, so did the male. They didn't scratch or rub, no heavy breathing, and still eating like pigs. My ORA snowflake clowns were still spotless. The spots were gone in a couple days, but I decided to take out all four fish and place into a medicated QT.

I'd done passive QT on all four, and since they'd come directly from ORA, I hadn't expected any issues. Now they're in a 30 day medicated copper QT tank. All are spotless, eating, and getting along for now.

In the meantime, the DT will go fallow. I've added 3 ORA peppermint shrimp and a red ORA tuxedo urchin from AlgaeBarn. They're tiny and adorable. I'm really committed to having as many aquacultured animals as possible, and that includes inverts. Especially without sand, I'm not really doing snails, so a few shrimp and the one urchin to start. I'll probably add a couple more urchins down the line, but we'll see. 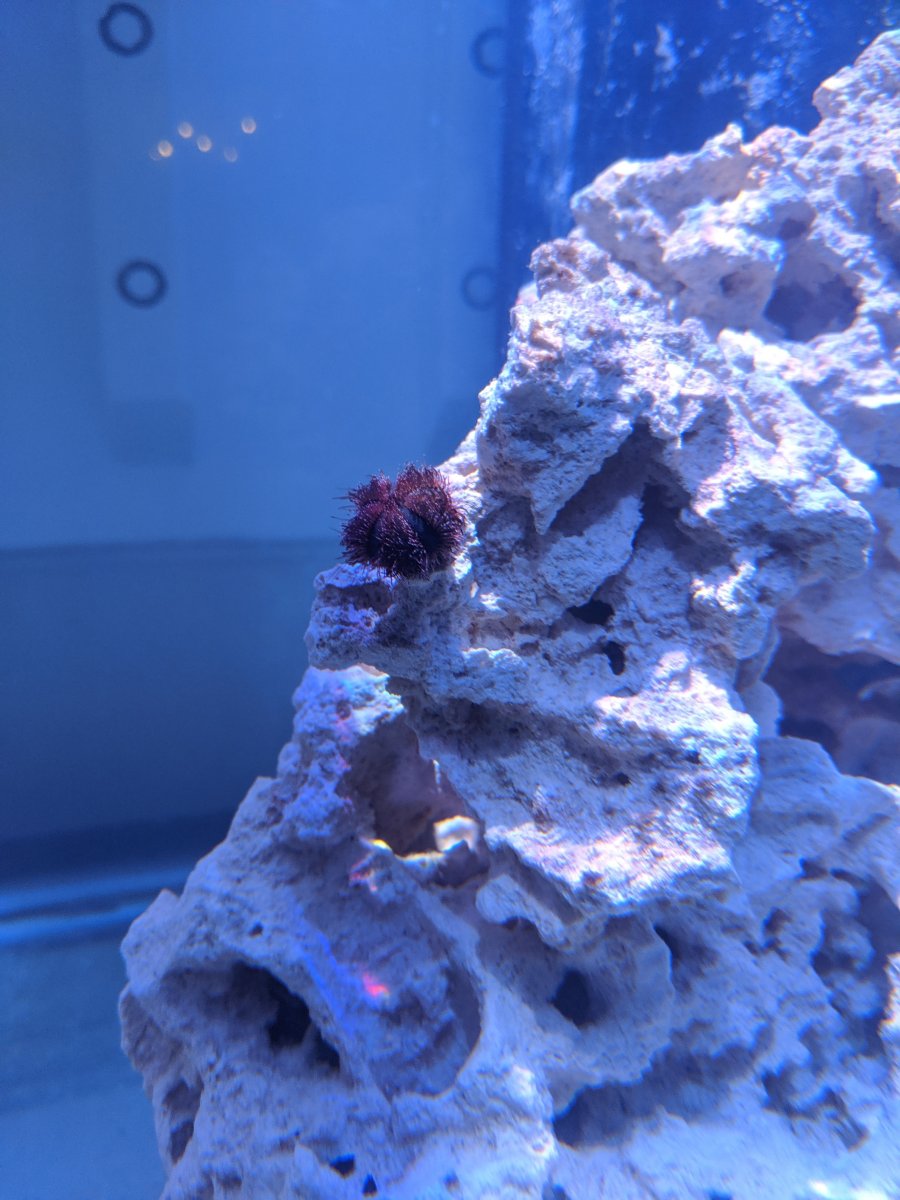 I've also done some more work in my sump. I've added a new Skimz SK204 protein skimmer. It's a beast! I've added a float switch connected to a break out box, and eventually I'll connect the drain to the waste bucket. It's still breaking on, but it'll be great for the tank.

I've also added a Klir filter. I'm having mixed reviews with it. I love it, but I'm having some technical difficulties. It keeps getting stuck, and the alarm has gone off twice in the middle of the night.

I've also added a manifold, but still working out some kinks in the design. It's plumbed into the return line, and my limited space had made the design limited as well and presented challenges. I'm going to have to add a ball valve to the end of the manifold to limit water output and force more water through the desired outlets. Otherwise too much water is diverted into my sump and not enough goes to the DT. 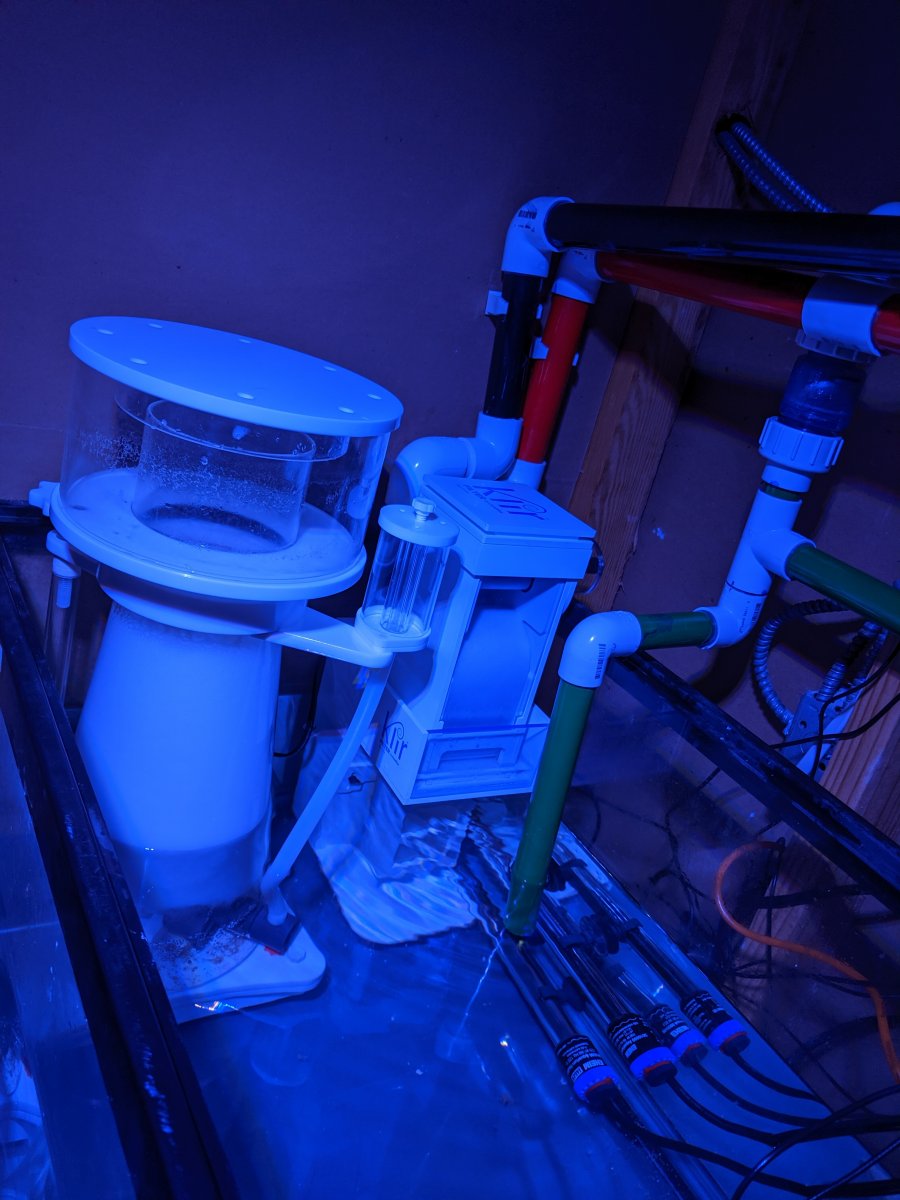 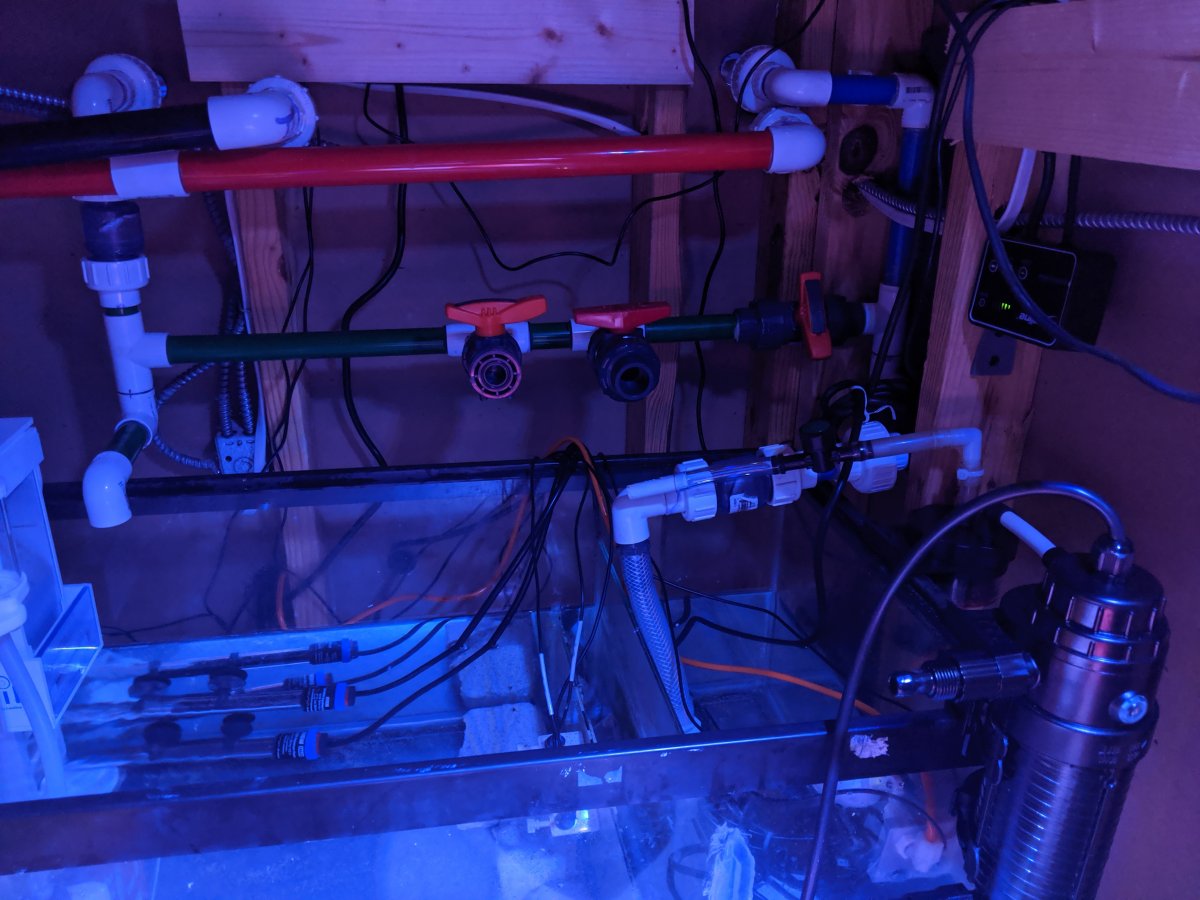 Also, I'm recovering well from surgery. I stayed with my boyfriend for the first three weeks at his place. I spent the days on the couch, watching reefing videos, and trying to work with his Boston terrier cuddling on my lap. I had to use two crutches or a walker to get around, and I could hardly do anything for myself, including getting dressed. I did learn that I'd never survive staying at home without access to the outside world...another week and I might have legitimately gone pyscho.

Now, a month after the surgery, I'm obviously back home, still limited, but able to do so much more. My cats were so happy to have me home and have been super cuddly. 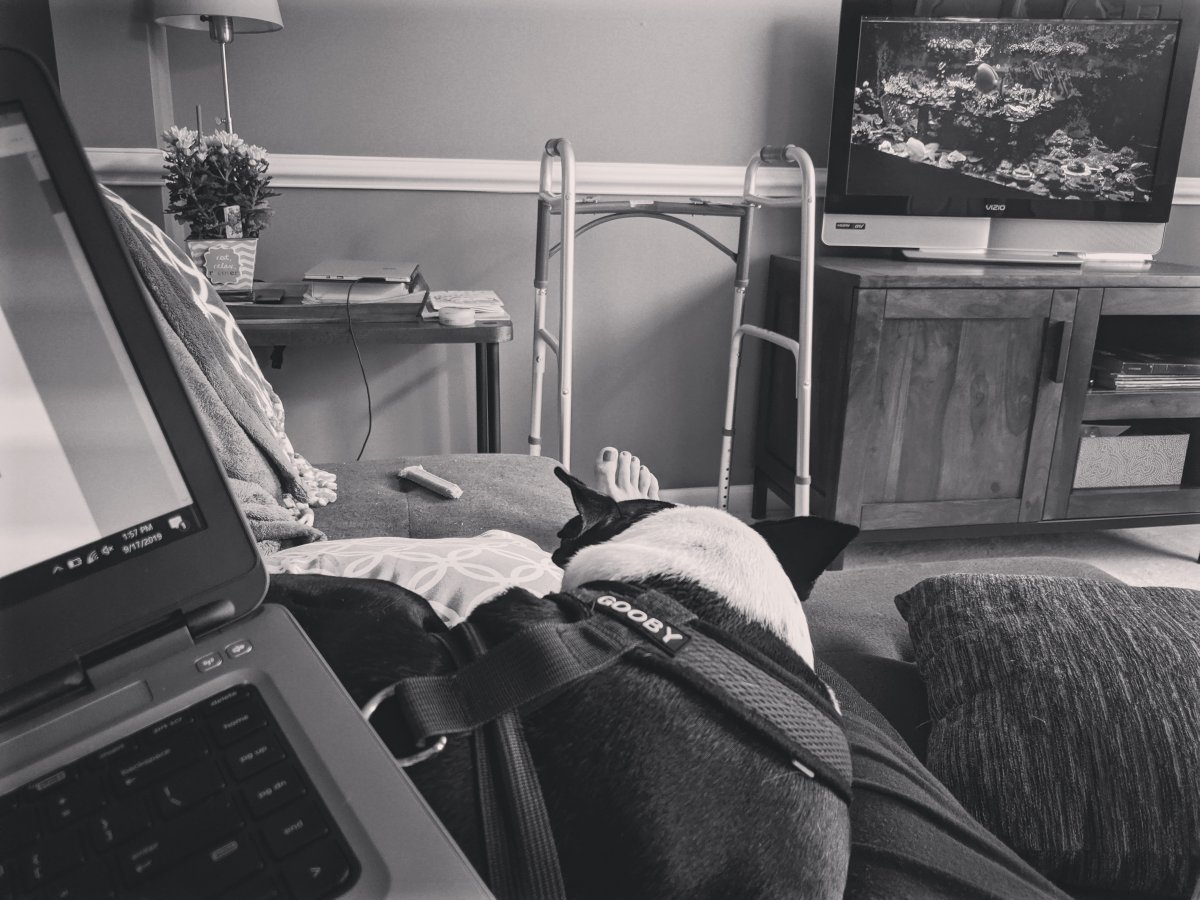 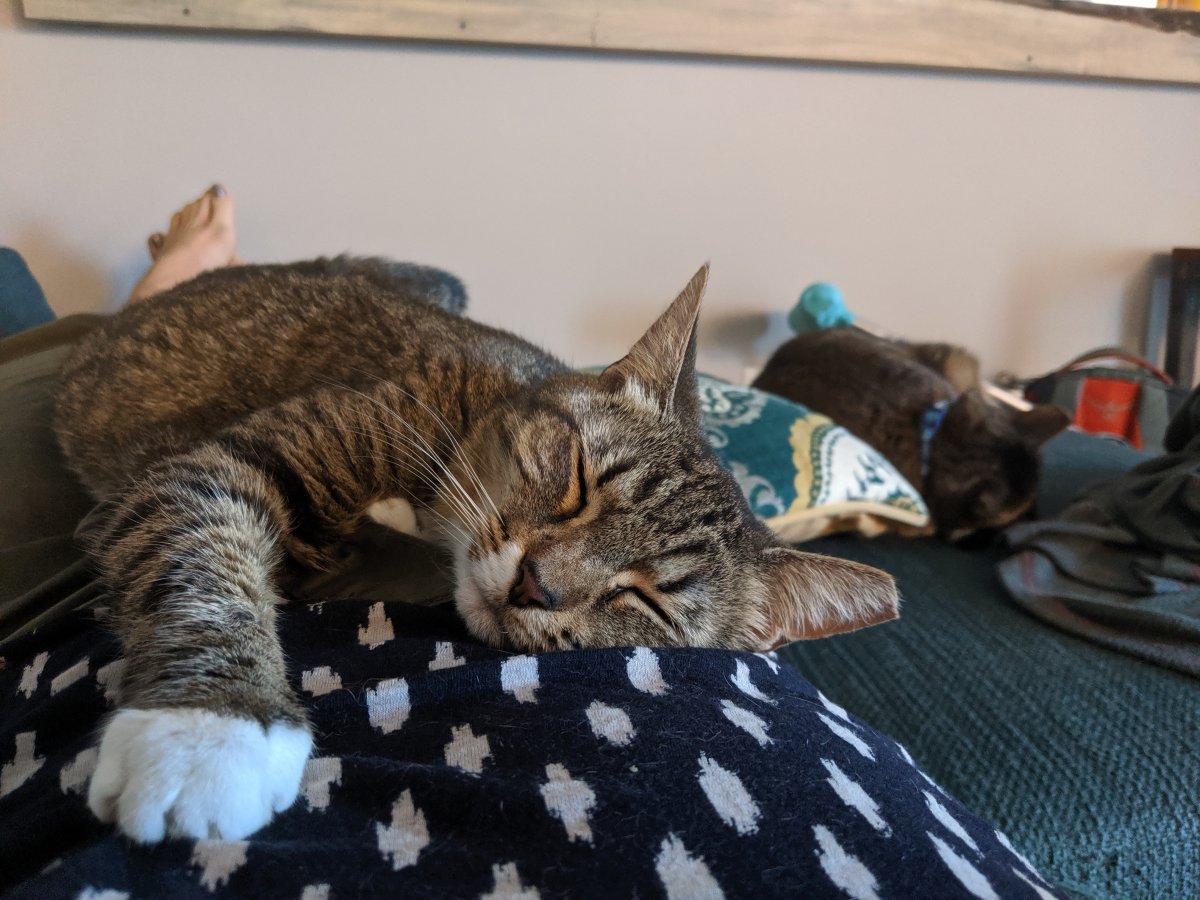 I also managed to take some additional photos of my beautiful clowns. I love these guys. 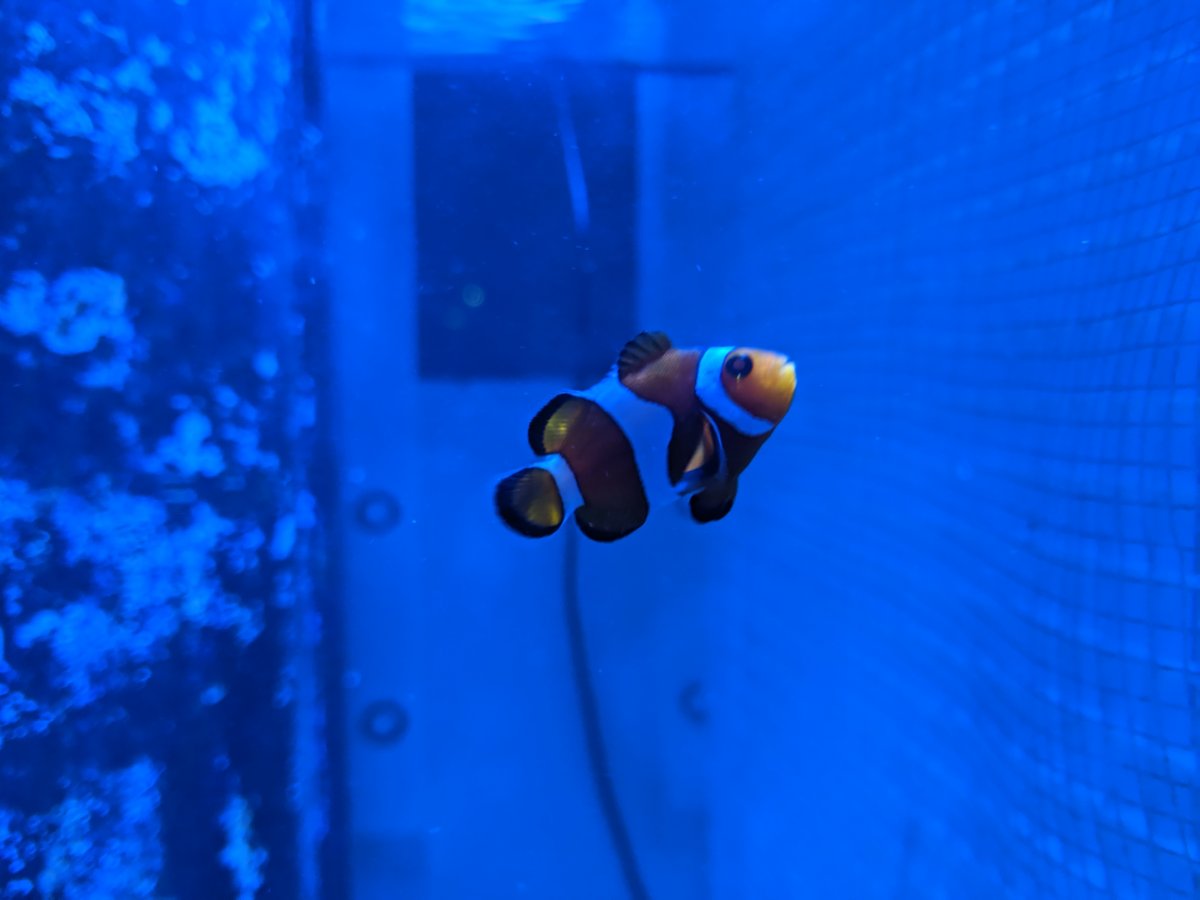 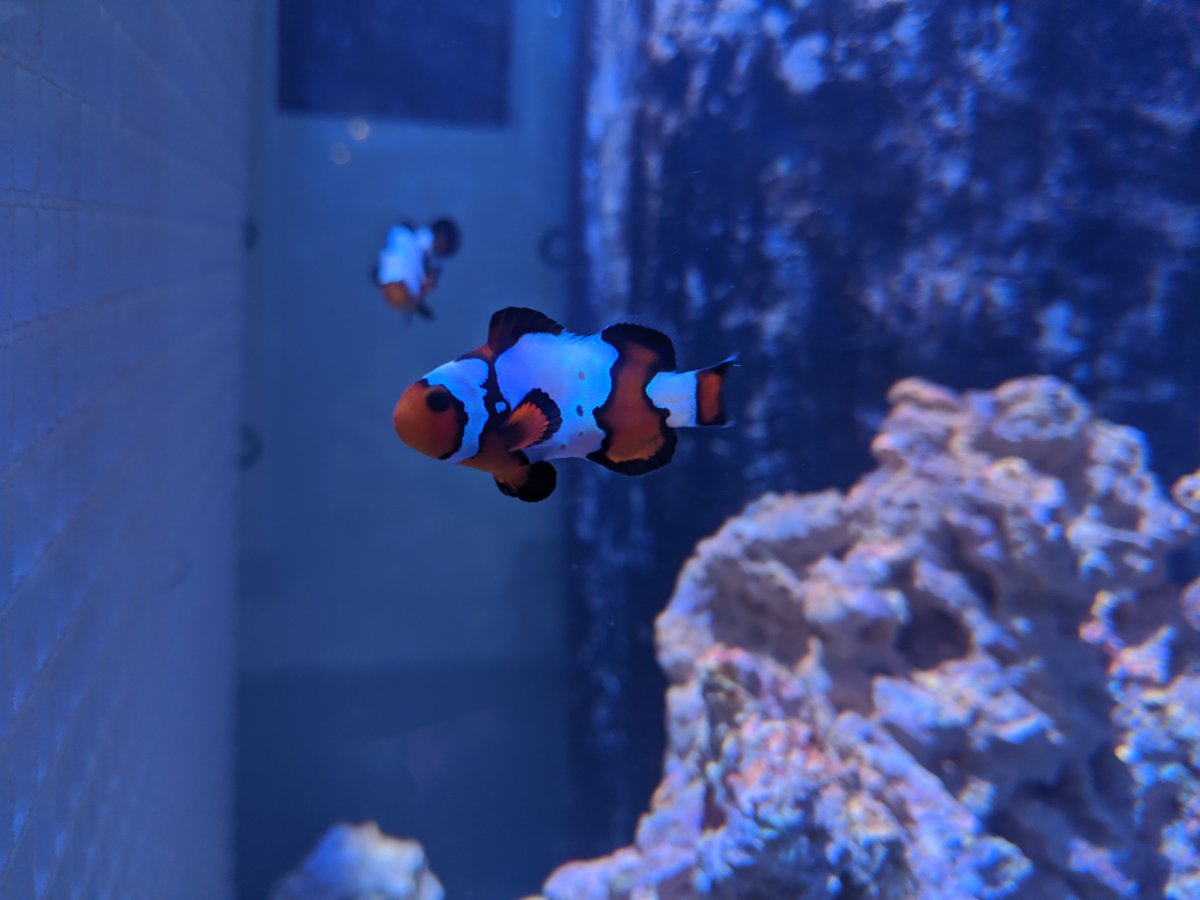 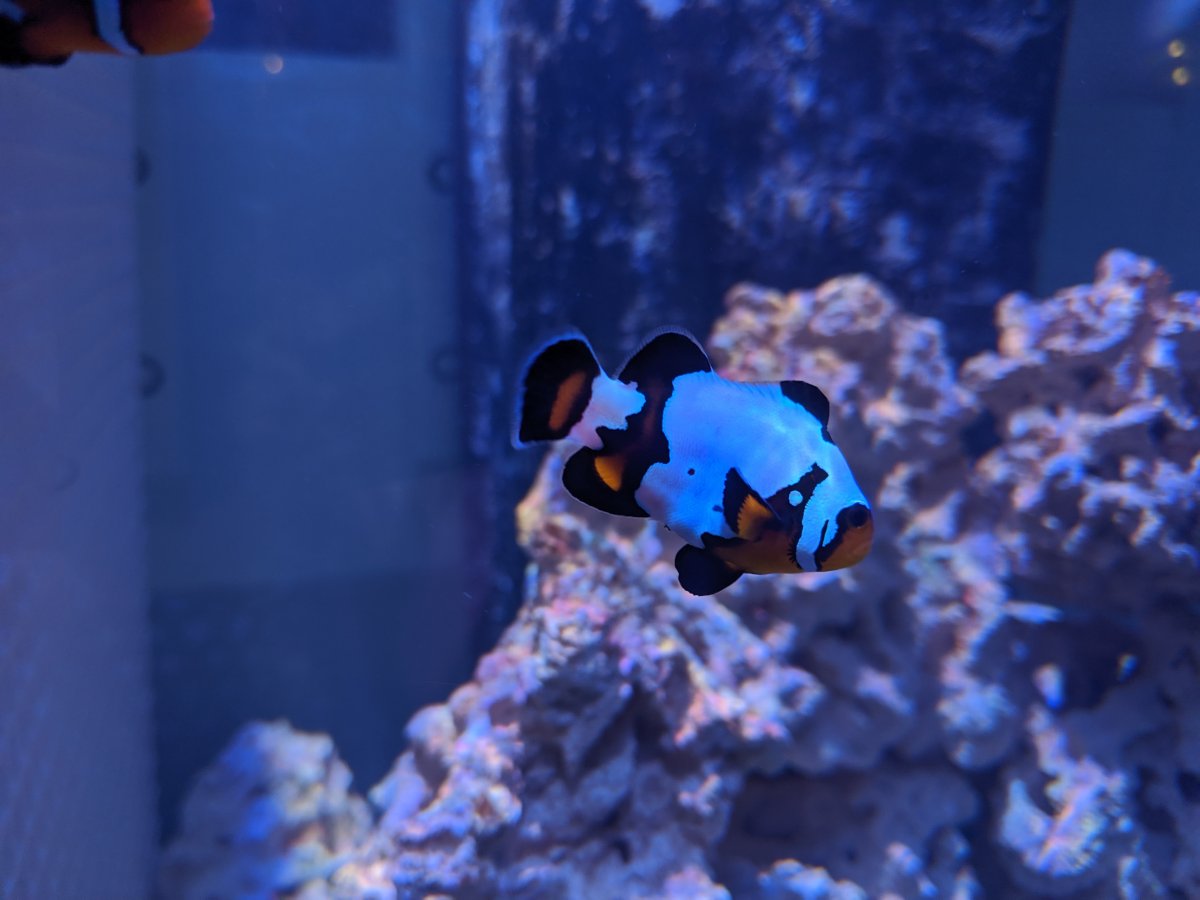 And I've also spent some time editing a few photos from my week diving in the Maldives in Gan Atoll. I dove twice a day for six days, and snorkeled afterwards. I literally have thousands of photos and hours of video, but I'm managing to go through some of them. Here's a few! 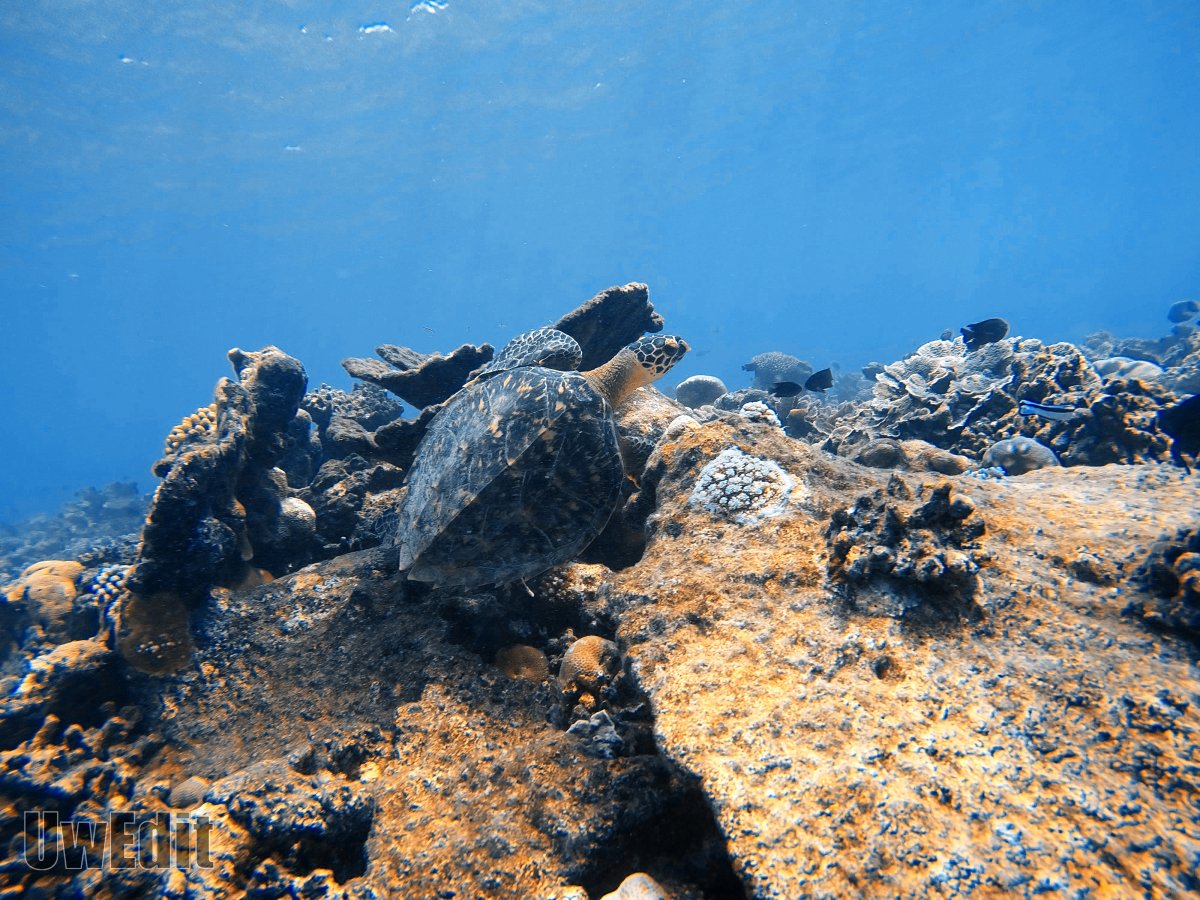 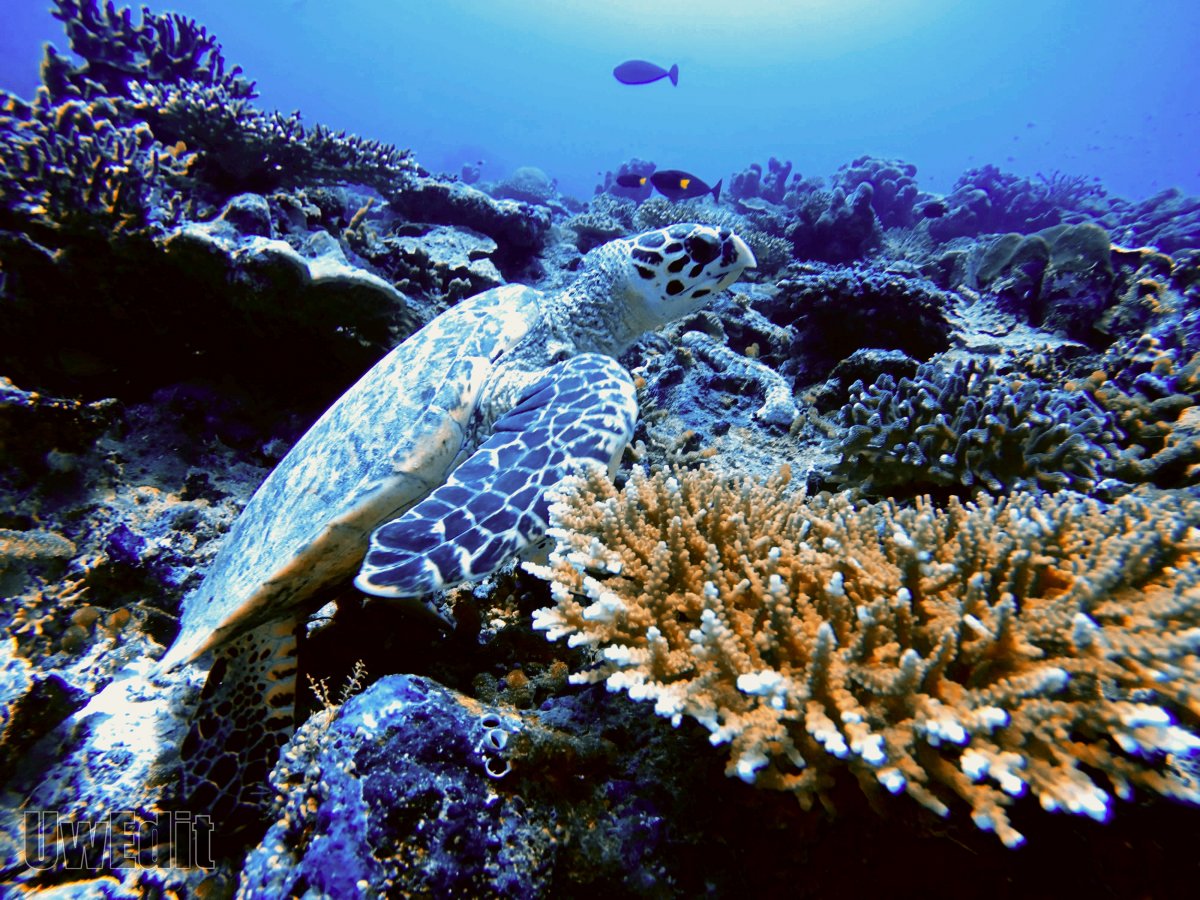 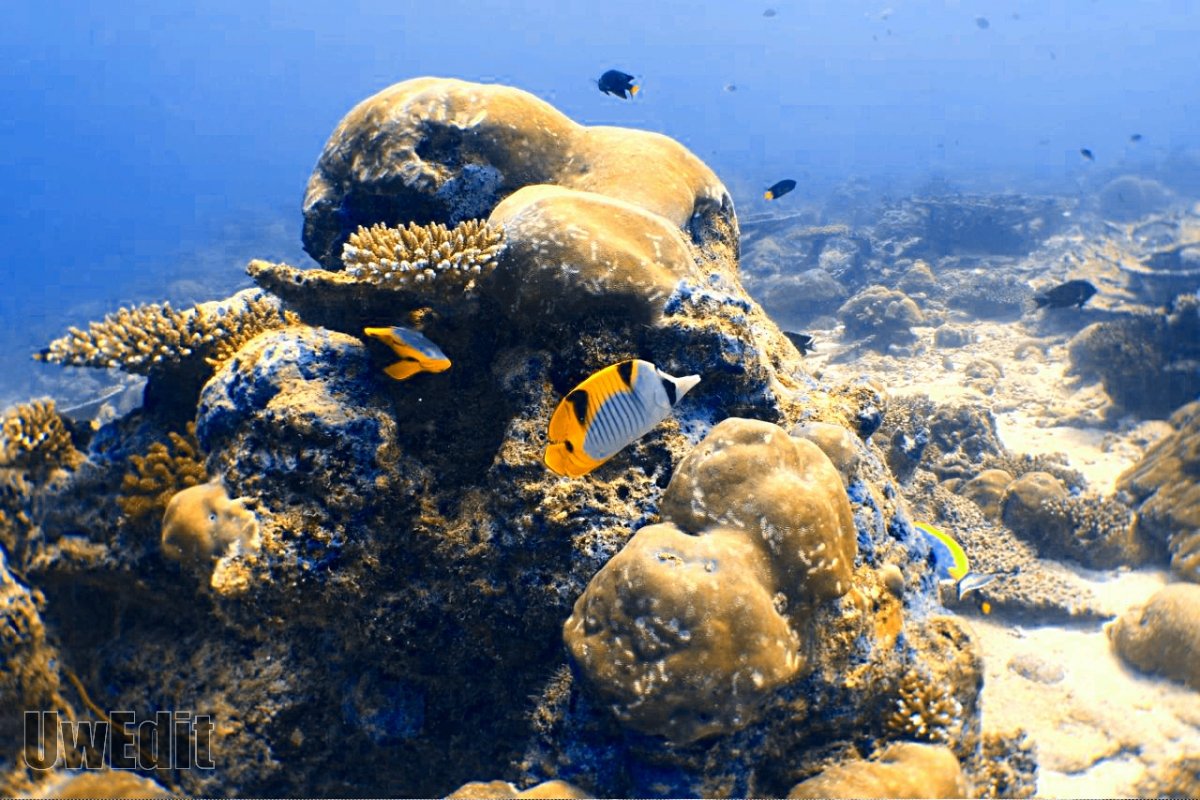 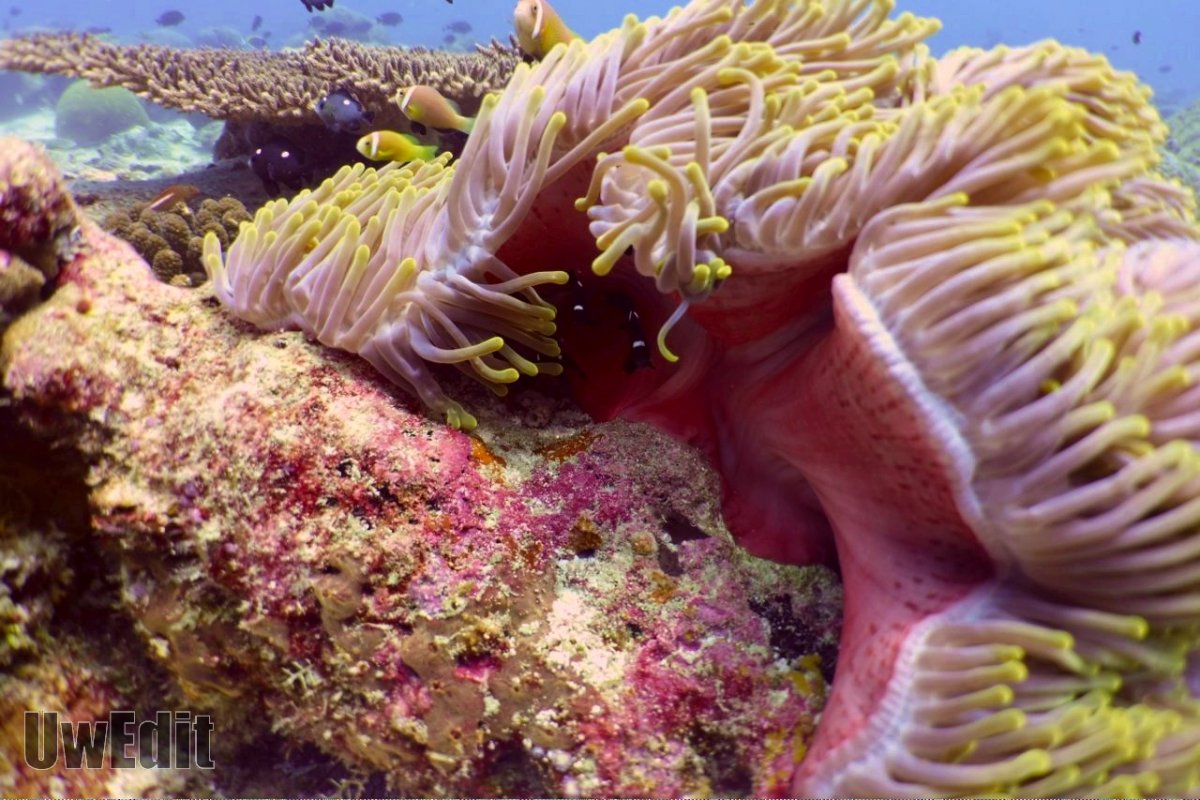 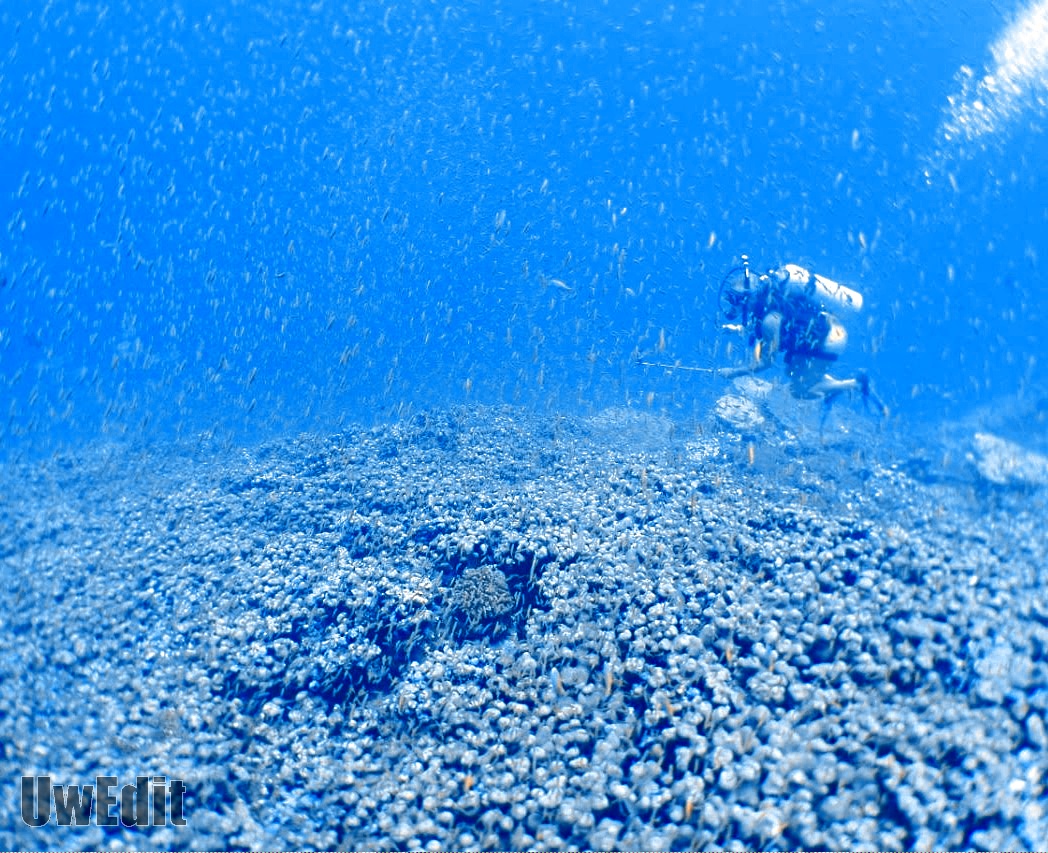 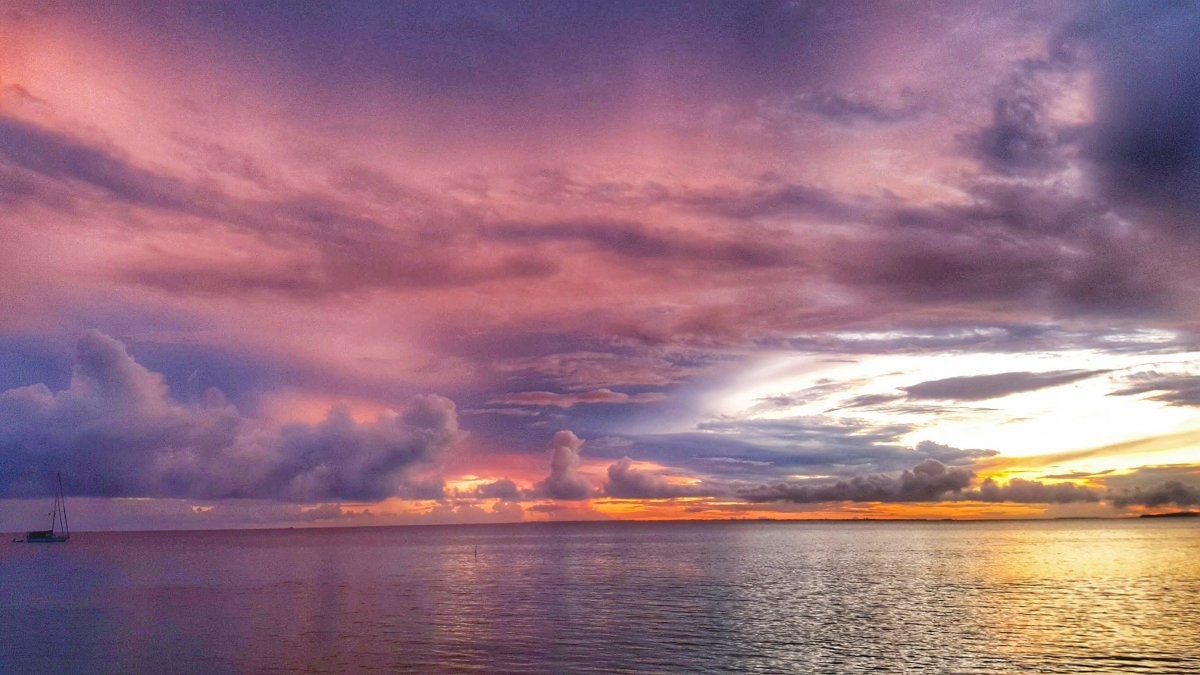 Great pics, glad you're on the mend.