Rating - 0%
0   0   0
I’ve enjoyed saltwater aquariums since I could remember. I had my first tank in 2008-2009 which was big to me (150g or 175g). It was a lot of work and didn’t have the time really tank care of it as I should have. I had it for a year and had to give it away. Since then, I discovered corals and started educating myself by reading up blogs and other experiences from people on many forums. I finally decided to get a tank again this year.

I want to share my journey on a recent 9-10gallon nano reef tank I started and get advice from people along the way. Every LFS and BRS video I saw recommended a bigger tank, but I wanted to be realistic with myself. I wanted to see if I could continuously maintain one without killing things and truly liked the hobby.

Below is what I currently have and one thing I’ve realized is that I’ve spent so much money on such a small tank lol Maybe I should have gotten a bigger one but really, I was being budget conscious.

The tank was cycled after several weeks with using Fritz turbo 900 and with Dr. Tims ammonia. I used a API testing kit to verify. I would also dose the ammonia again and re-test a day later. Thus far that’s the only thing I’ve tested. 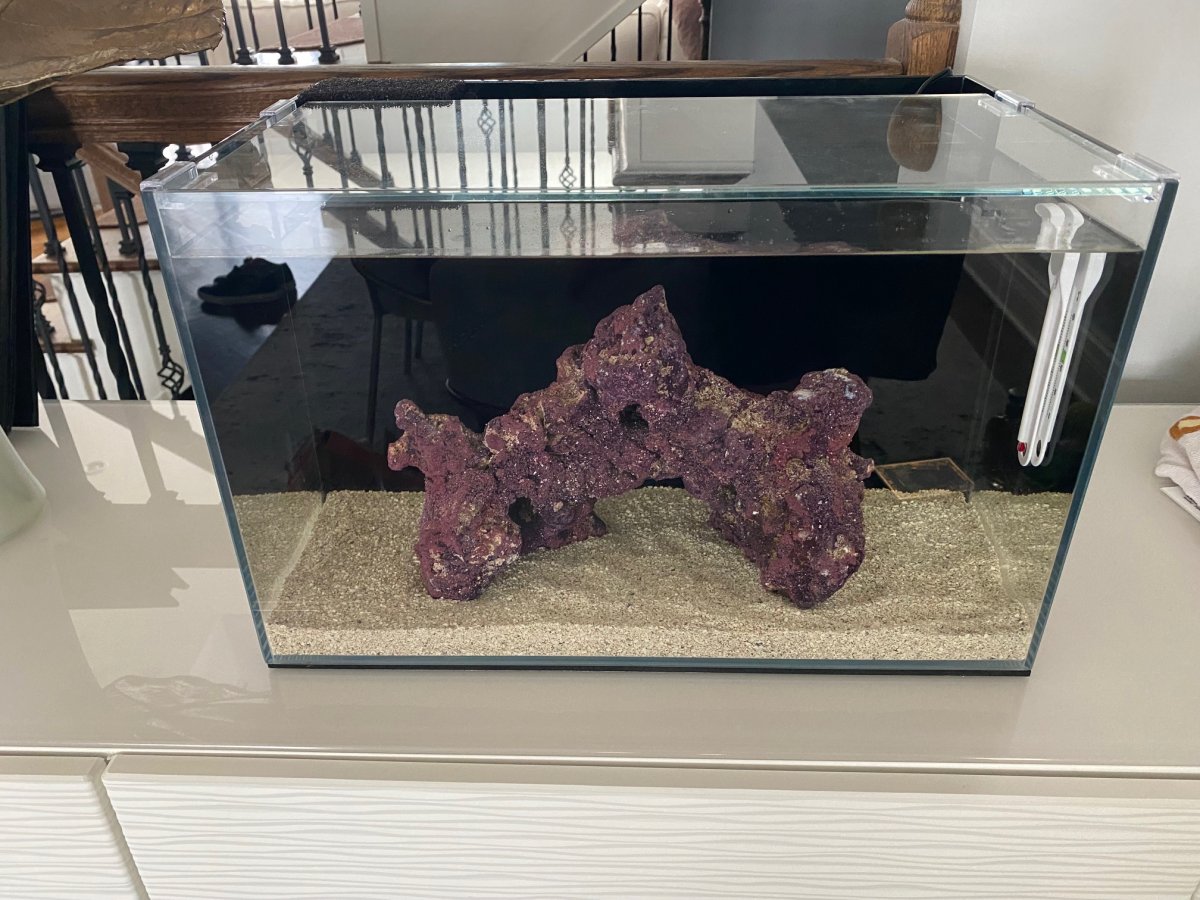 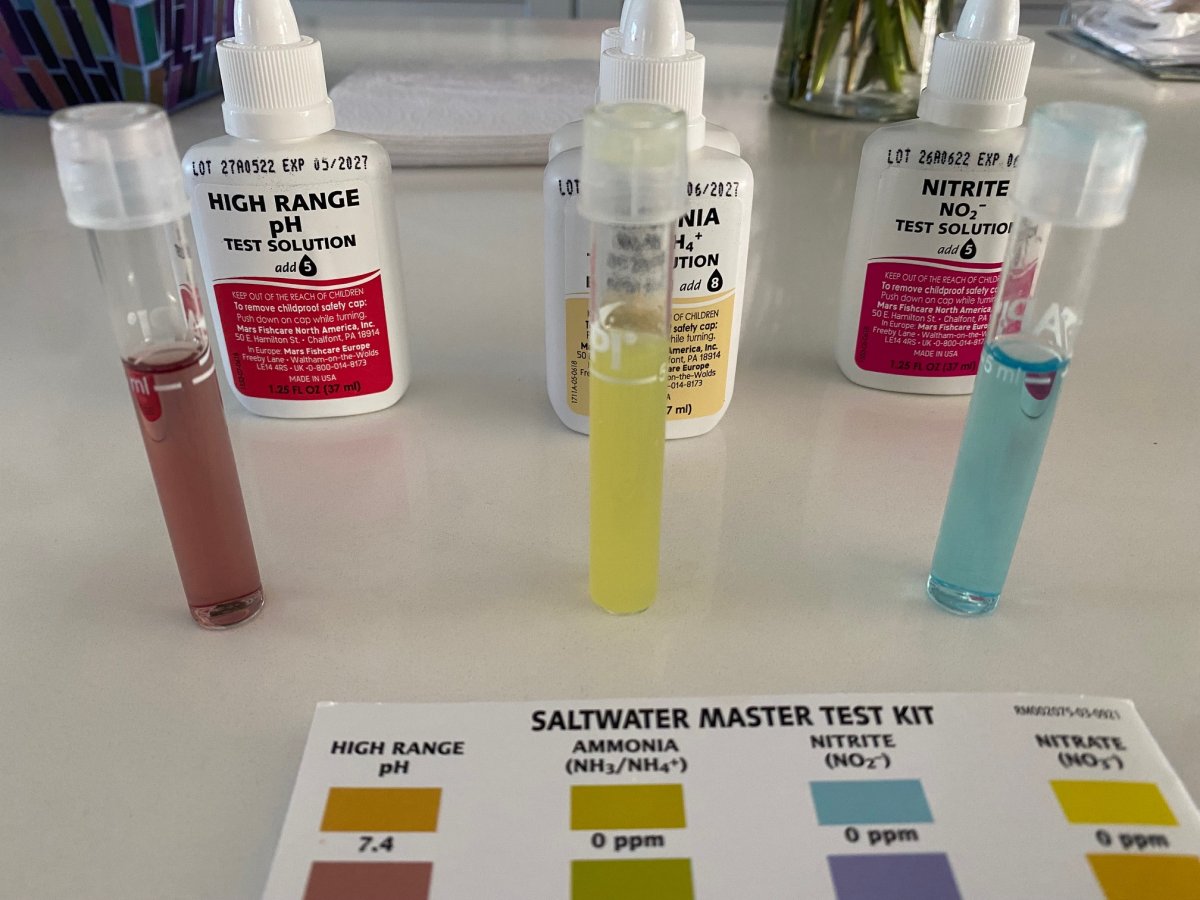 I got the pair of clowns at the end of August 2022 I really wanted orange storm clowns. I want to return them and purchase the ones I want but haven't done it yet. I feel bad doing it idk why 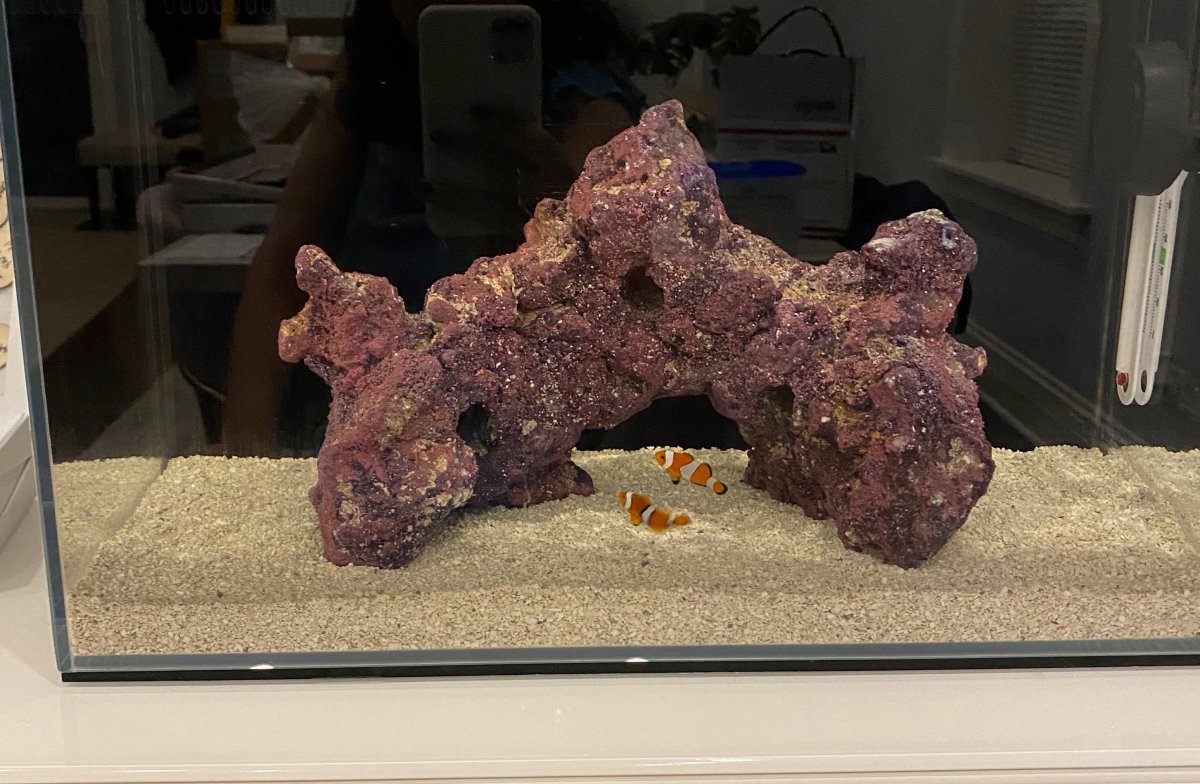 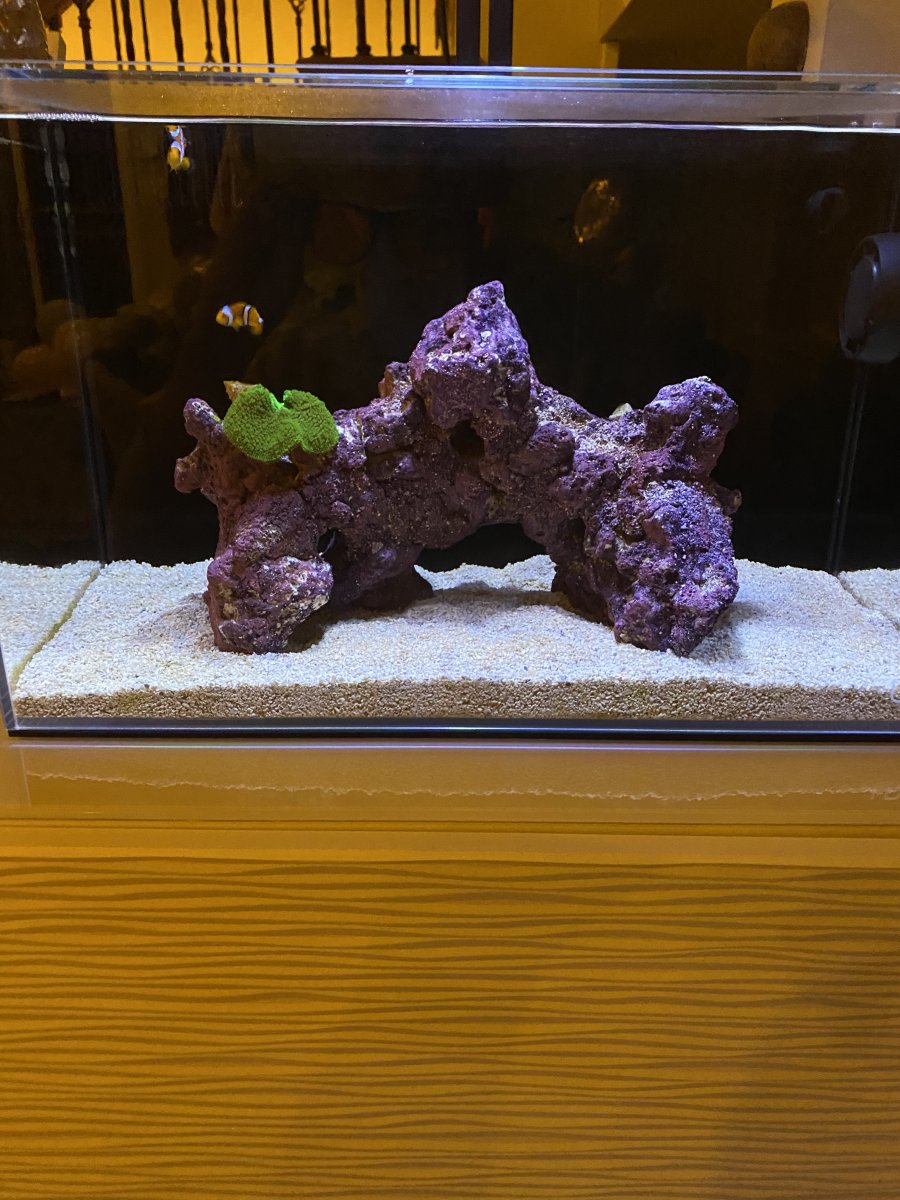 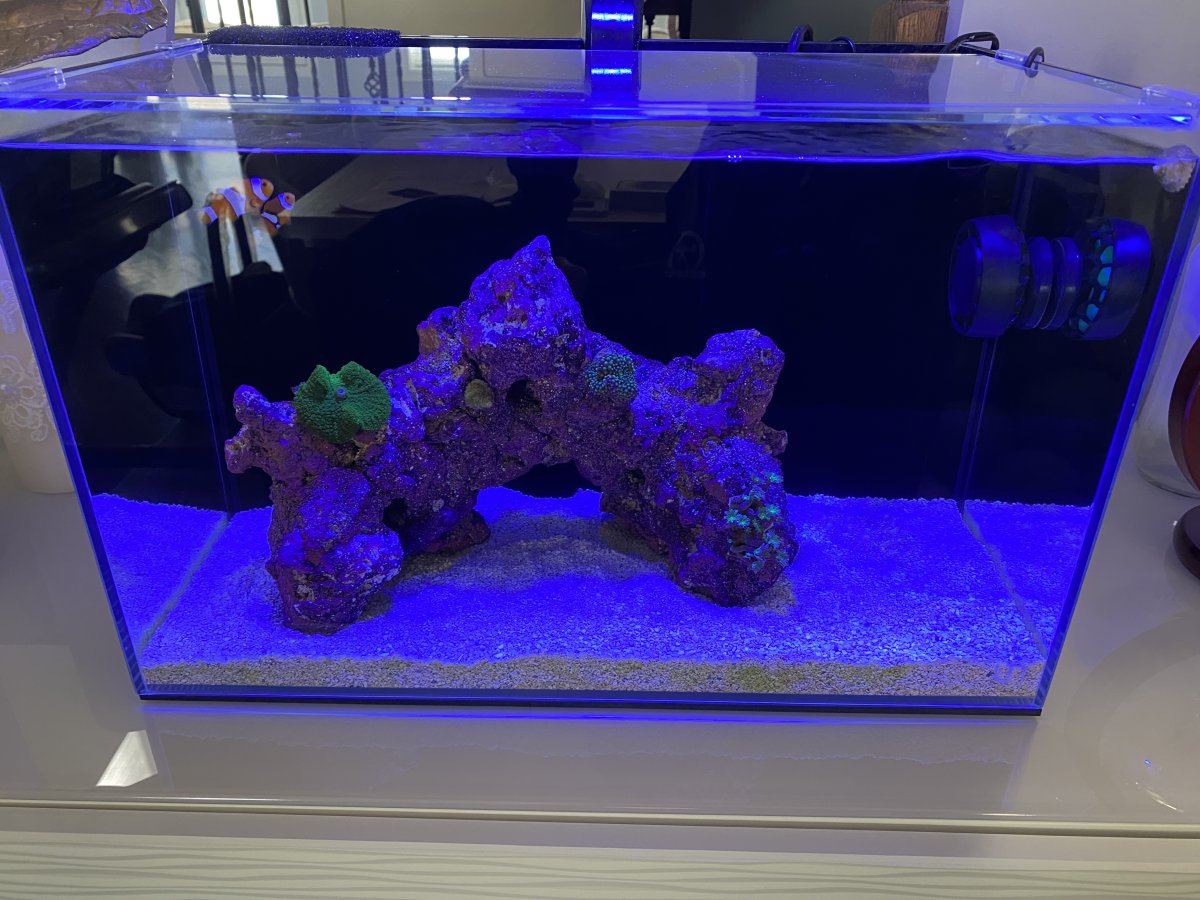 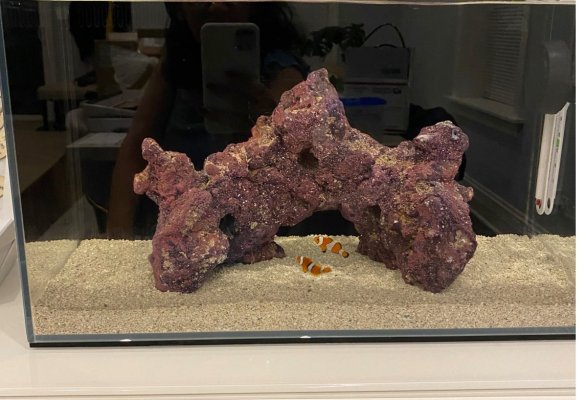 Rating - 0%
0   0   0
So far I been doing 20% weekly water changes just based on what I seen recommend. I did and probably still have dino or diatoms. From doing a API nitrate it just shows yellow which I assume is either very low or zero. From reading other posts I might increase feed to twice a day and do a water change biweekly instead.

From watching BRS videos they recommended not do go crazy on testing as a beginner but I recently purchased a Hanna HR Nitrate and phosphorus ULR for testing. I'm still waiting for it to come in.

This is currently what I have my flow and light scheduled for. I don't know what's best but I figured start slow and see if I need to ram things up.

Rating - 0%
0   0   0
I recently received some hanna checkers to test phosphate and nitrate. I'll be uploading some pictures to show what I been dealing with recently.
OP
R

Rating - 0%
0   0   0
I recently had to be away from the tank for about a week without feeding. When I return I had some kind of algae. I don't know if this is Dino, diatoms, or some other kind of algae. I'm guessing its Dino (I know the only way to know is thru a microscope) just because I went with a week without feeding and po4, no3 probably bottomed out? I also dealt with low po4 and no3 since I started this tank.

This algae seems like it just on the top layer of the sand and rock. If I blow the sand with a turkey baster, it just blows off and get stringy on the rock. I changed from using a sponge to using filter floss to see if it helps collect some of this algae. I been doing 10-20% water change weekly. I increased feeding a total of 3 times a day. Pellets twice a day and mysis shrimp at night.

I been thinking of either buying brightwell microbacter7 or copepods to help with this. Does anyone have any recommendations?

At the moment it only looks like my clove polyp is not likely this algae since it hasn't opened up for several weeks now. Does it look like its dying? I been trying to clean it daily to avoid the algae killing it. I noticed it has some root like things coming from it. Does that mean its spreading? Also any idea what are the little white things on the rock next two the clove polyp? I randomly started seeing them on the tank back wall.

These are the only tests I've ever do on this tank. 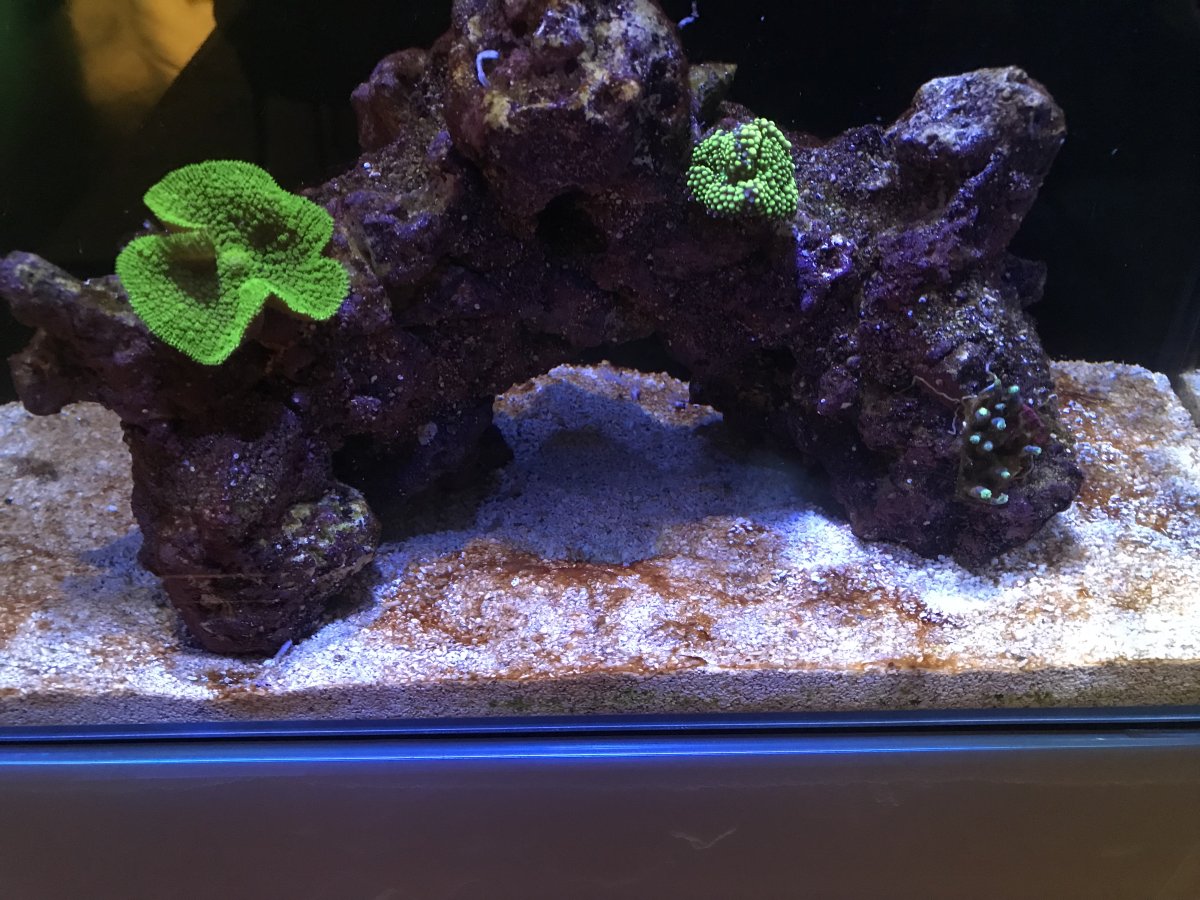 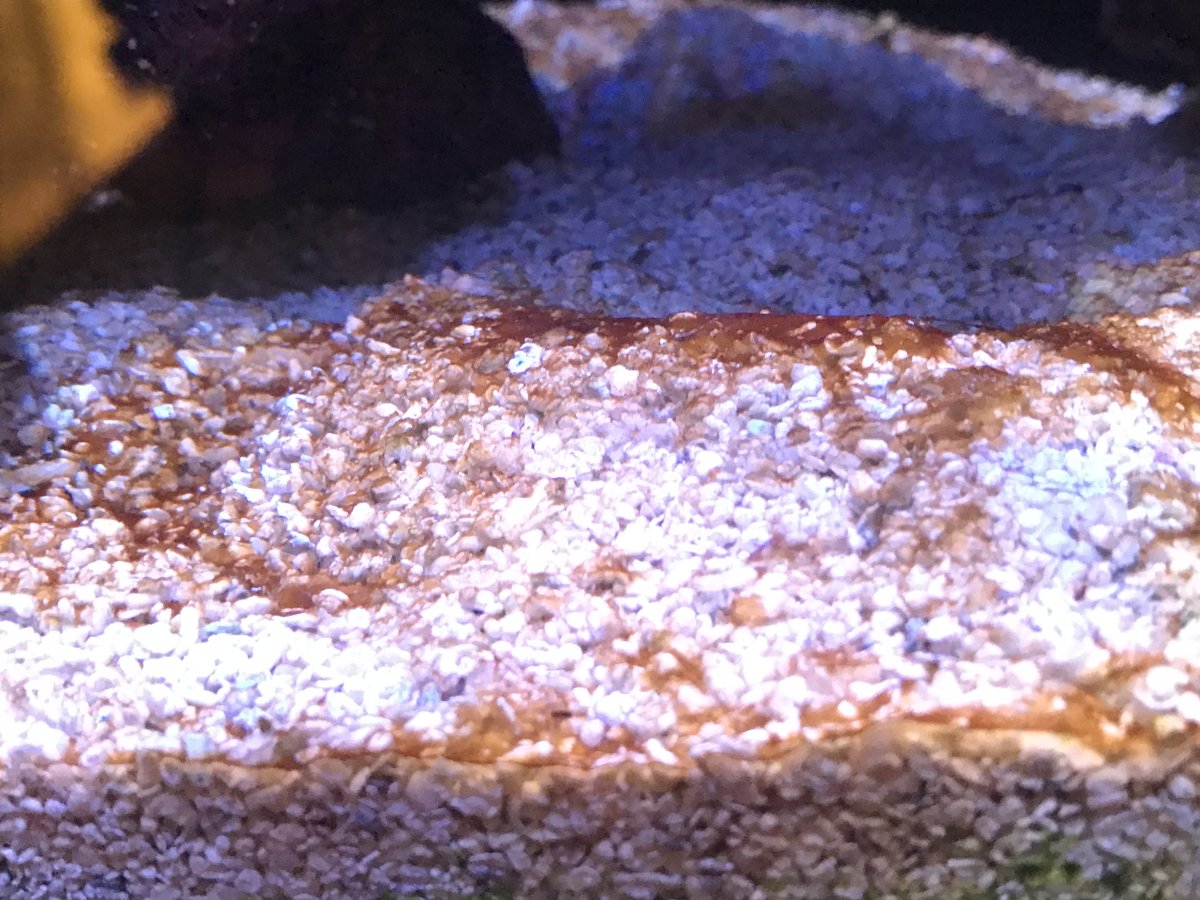 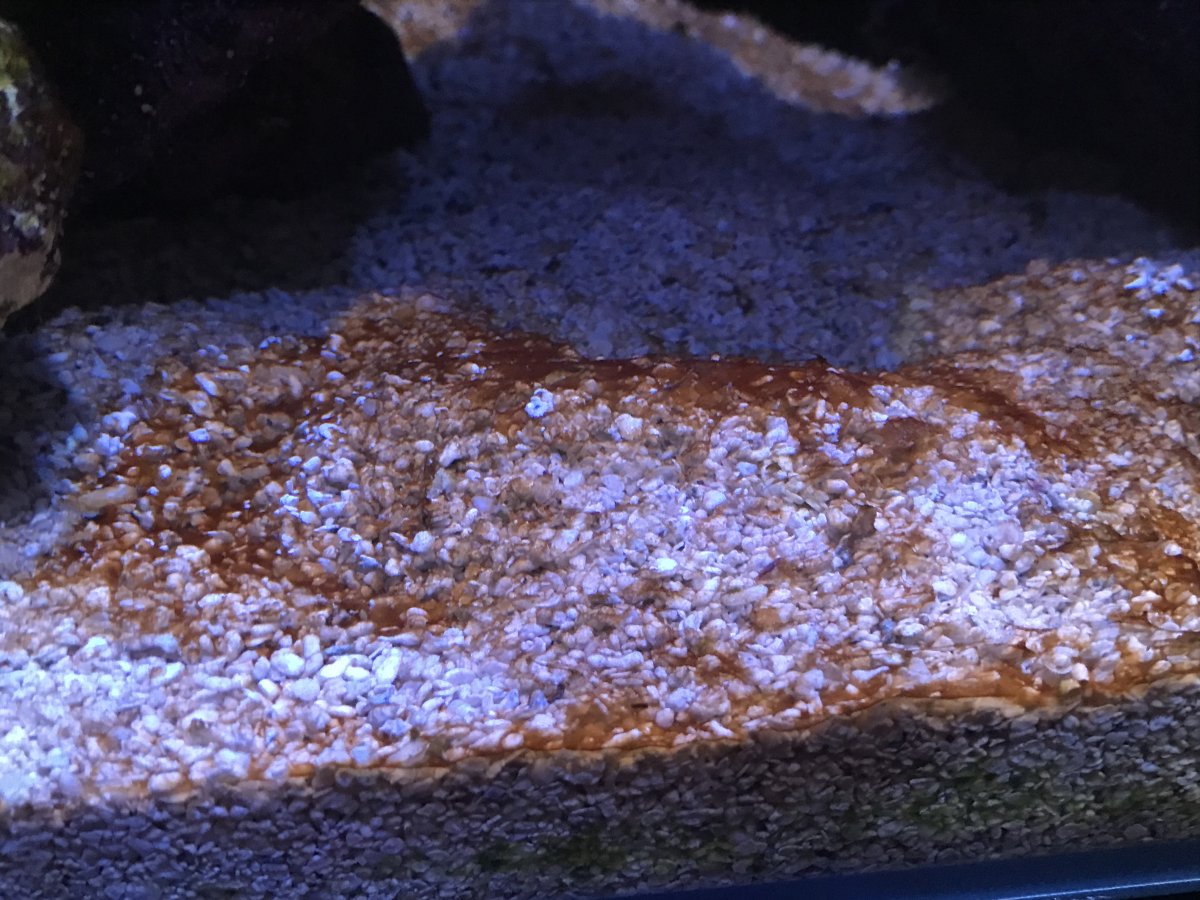 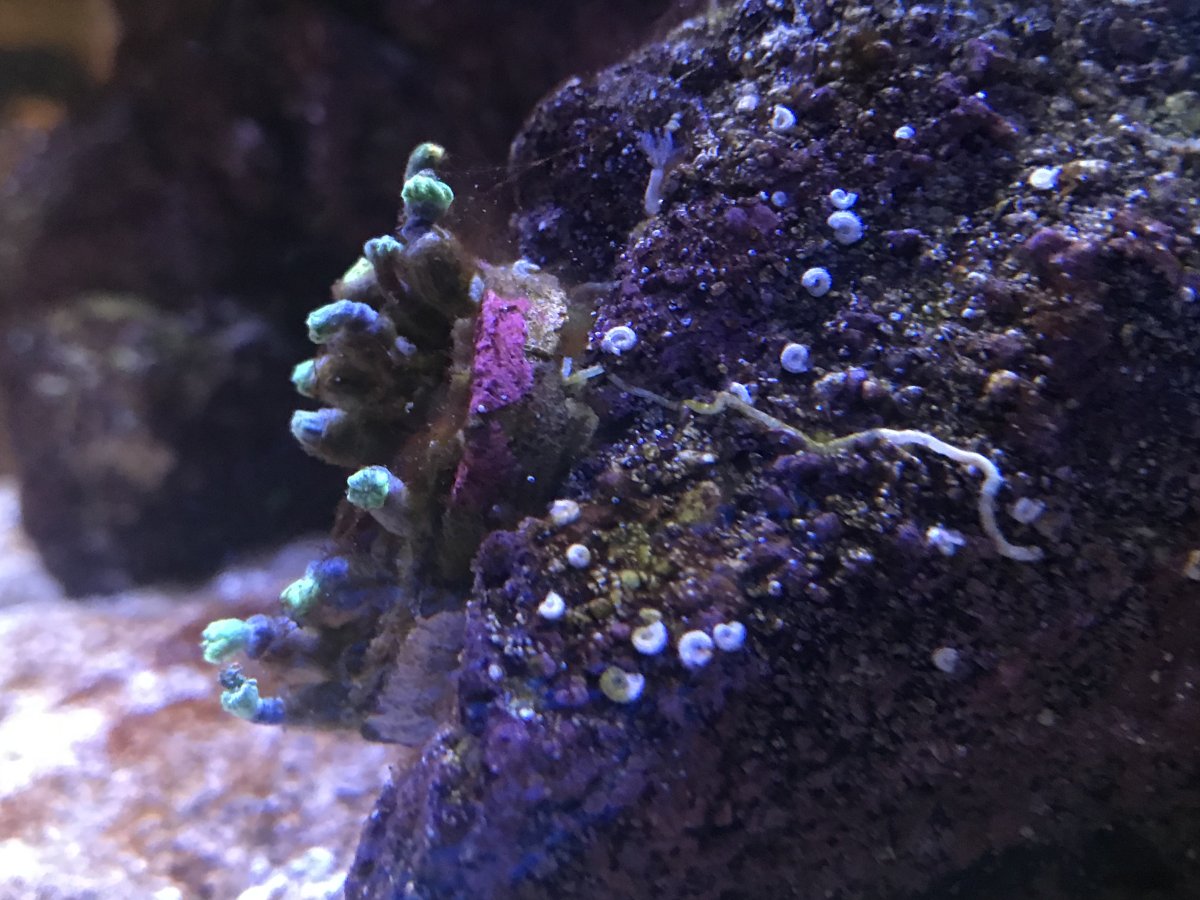 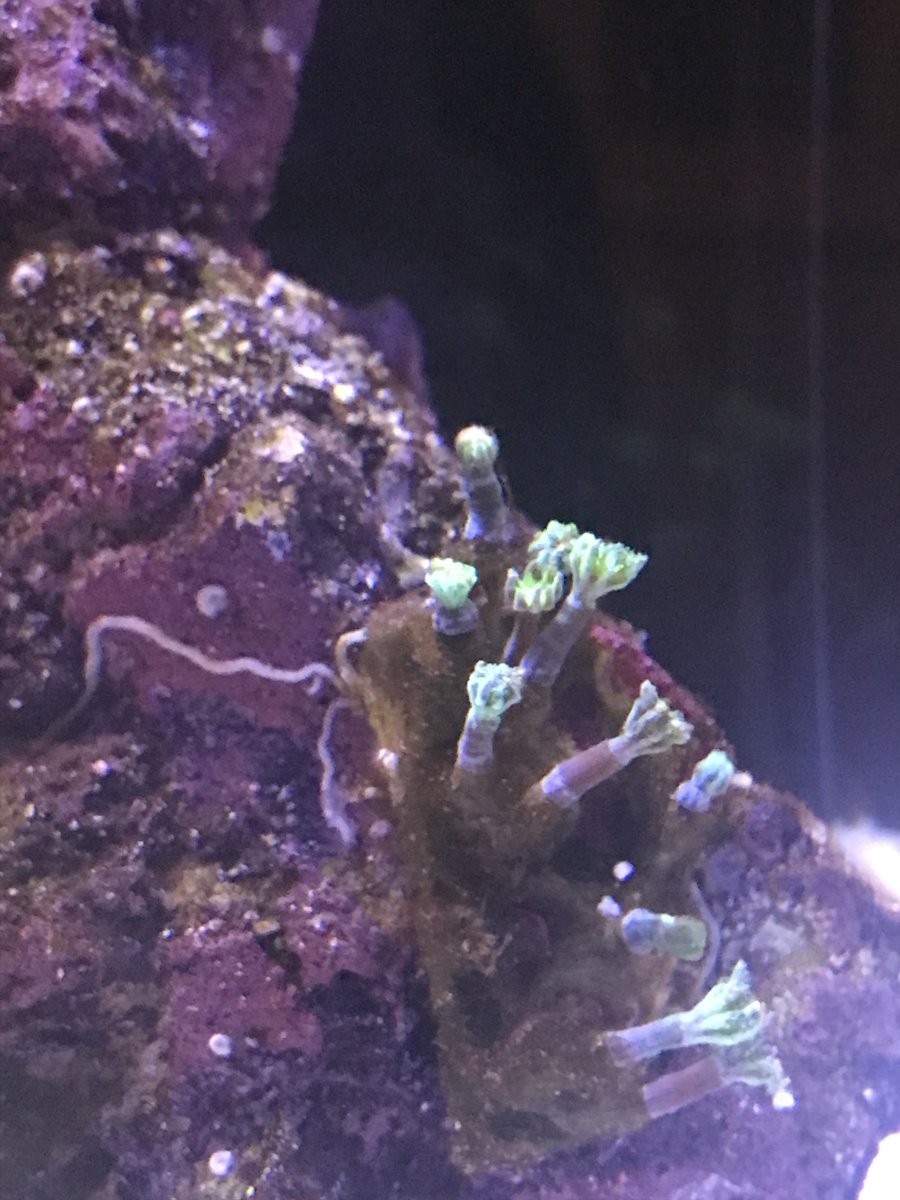 Once both my No3 and Po4 get to the right level, I'll dose Microbacter7 to add some bacteria. I'm going off what I saw on a BRS 5minute guide video on Dinos.
OP
R

Rating - 0%
0   0   0
I received my shipment of No3, Po4, and Microbacter7 today. I checked my Nitrate and Phosphate and were actually at the target I was aiming for. It got like this just by feeding heavy. I'm glad I didn't have to dose since I was really trying to avoid it.

Do I continue to feed the way I have been in order to maintain these number? I'm going to avoid any water changes for now and wait until next week. I'll probably dose Microbacter7 next week after I test again if number remain the same or stable.

My clove polyp coral still hasn't opened up and looks to have algae on it. I don't know if it because of the algae or the nutrients. Should I consider this coral died? My other mushrooms look to be doing okay, at least from what I can tell. Overall the brown algae or dinos look to be the same and haven't gotten worse.

I'm debating on ordering copepods and Live Phytoplankton to add to the tank. Does anyone think it's worth adding? 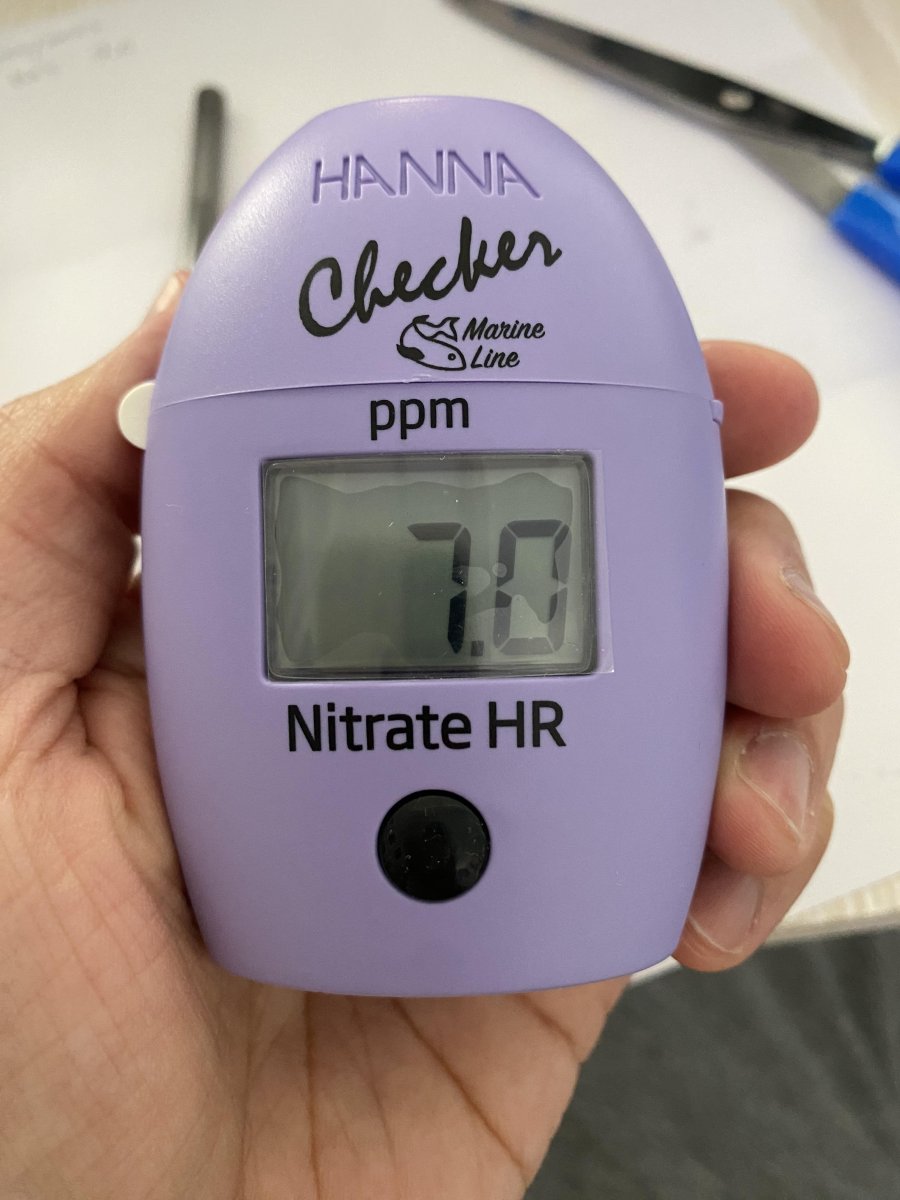 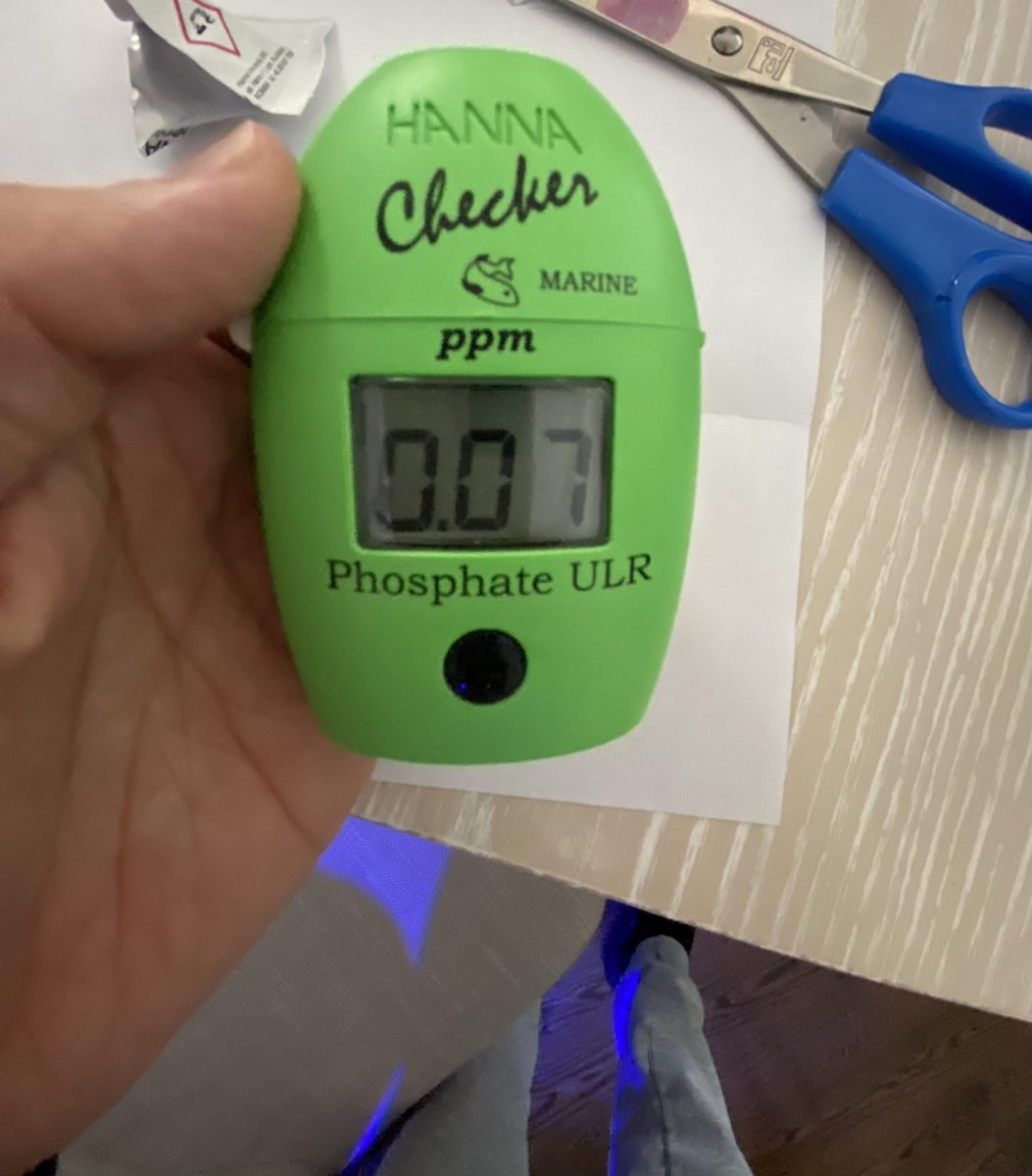 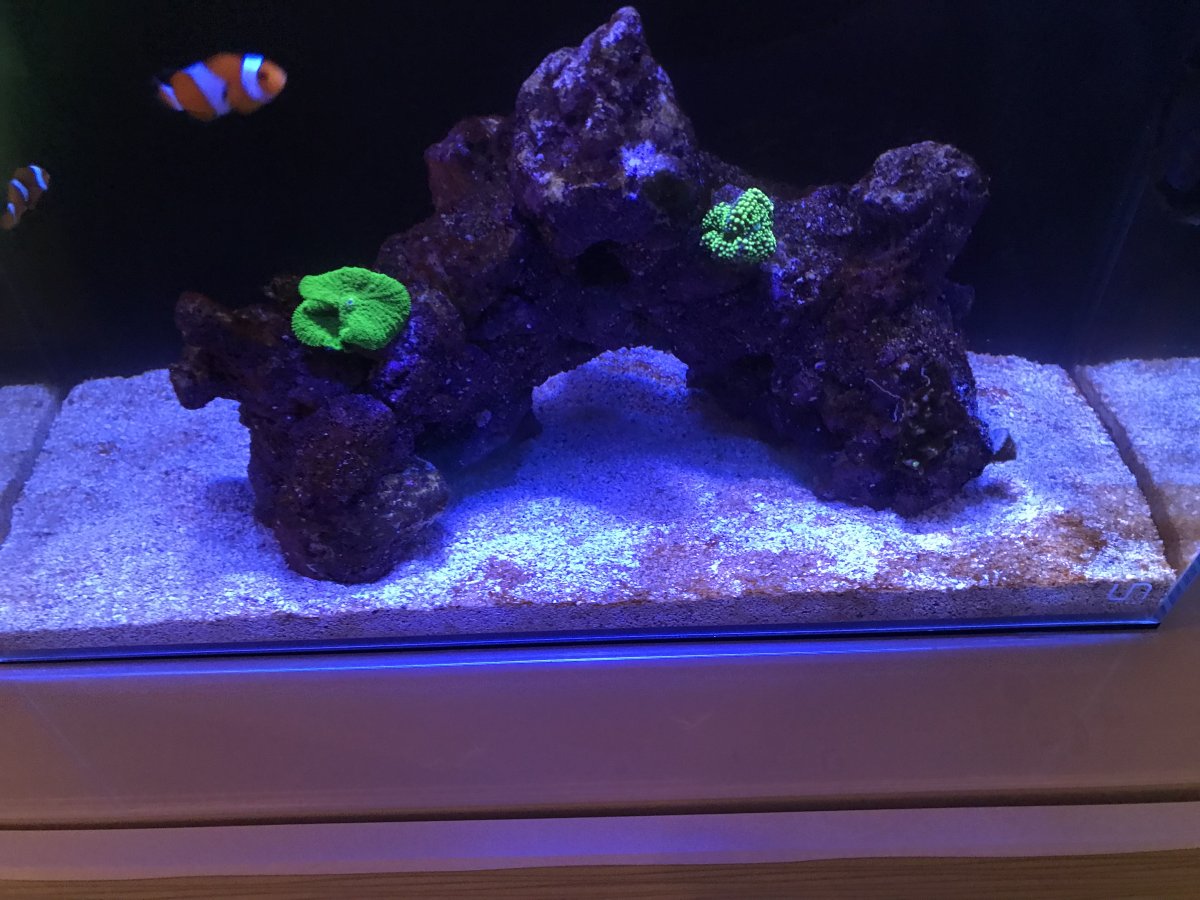 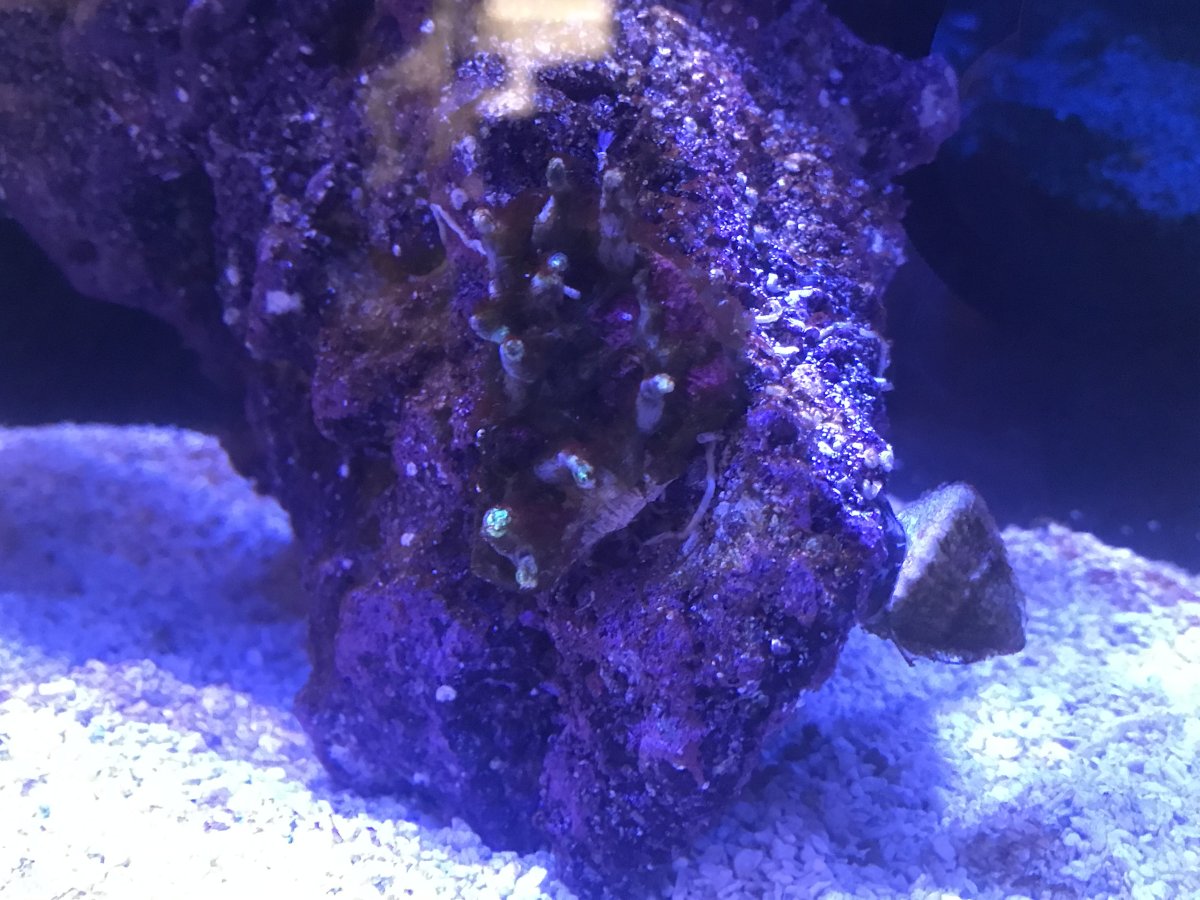 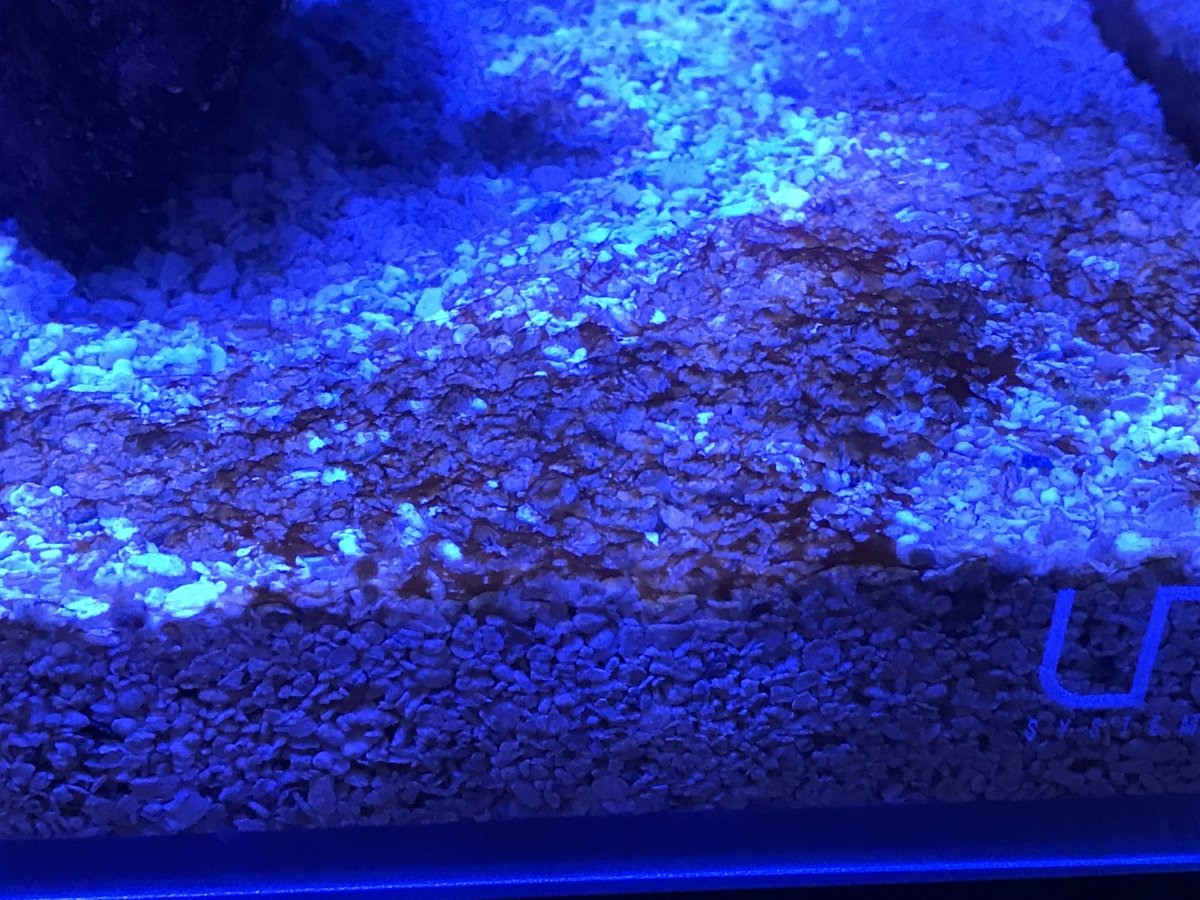 After getting my Po4 and No3 up to decent numbers, I've noticed the brown algae or Dinos kind of going away. Things have really been clearing up. The only thing I see abnormal is the rock cover with algae that looks like dark brown or black thin film like. So far I haven't done anything other than just feed heavily.

I still plan on dosing Microbacter7 but I'll wait after I do a 1gallon water change. I plan to reposition the rock as I purchased another small piece of rock that I plan on adding a new clove polyp coral down the road.

I did have to remove my clove polyp coral frag as it was basically covered by the brown algae. I figured it was died and a lost at this point. 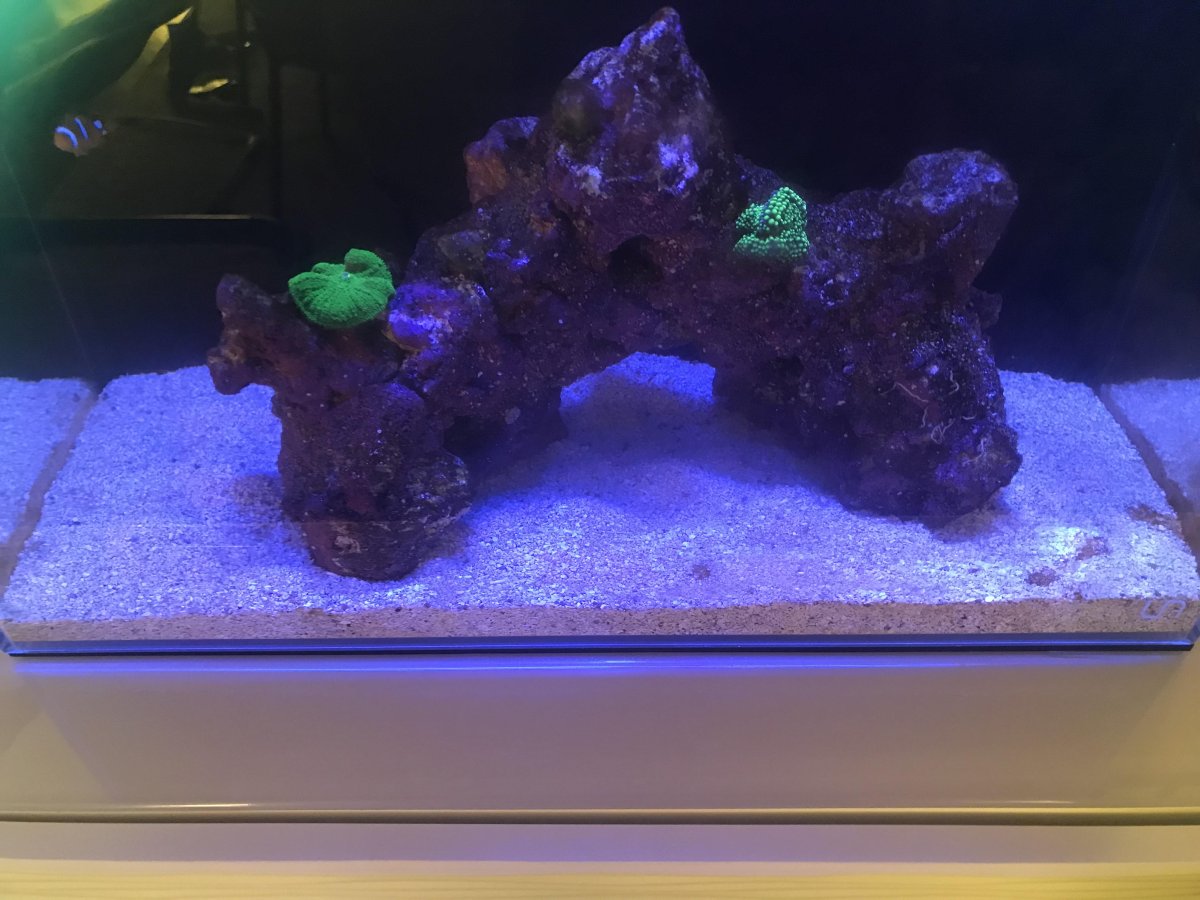 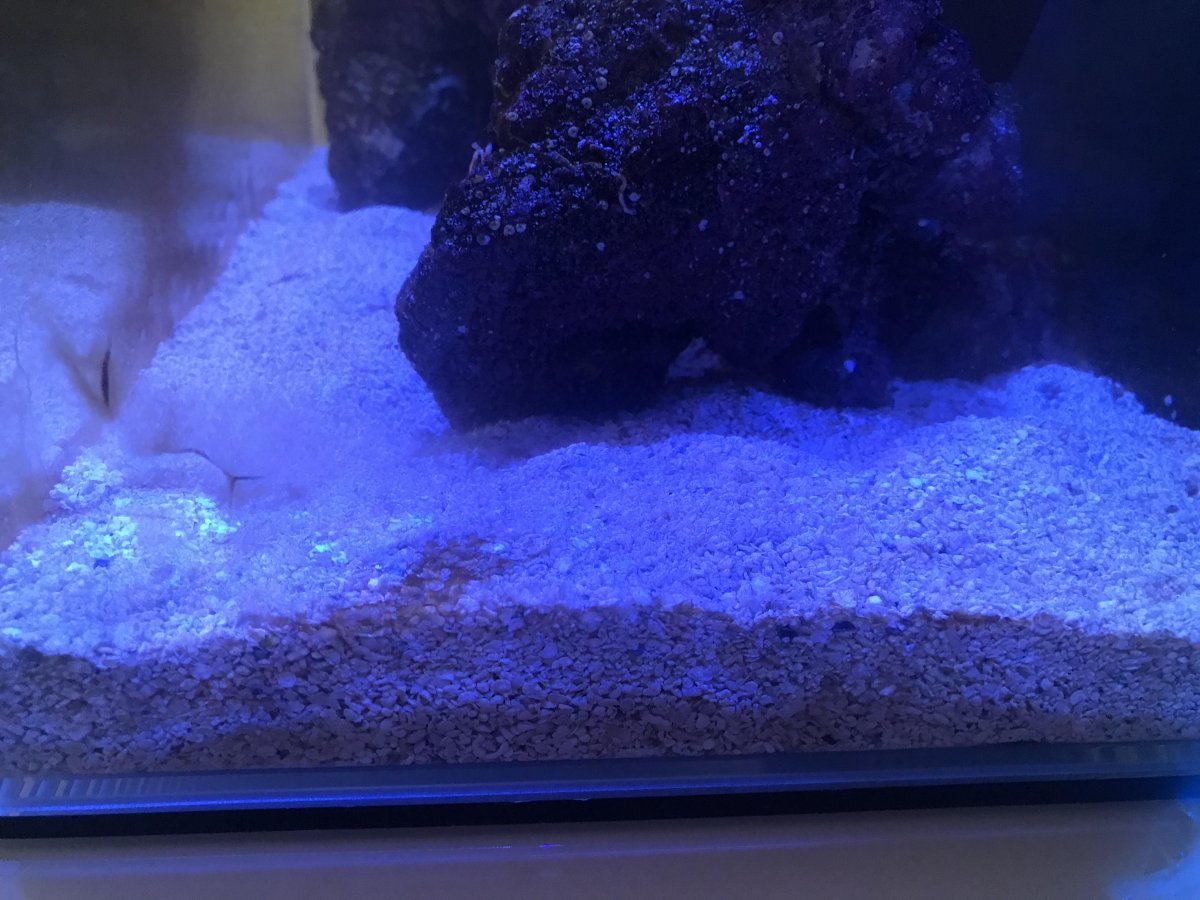